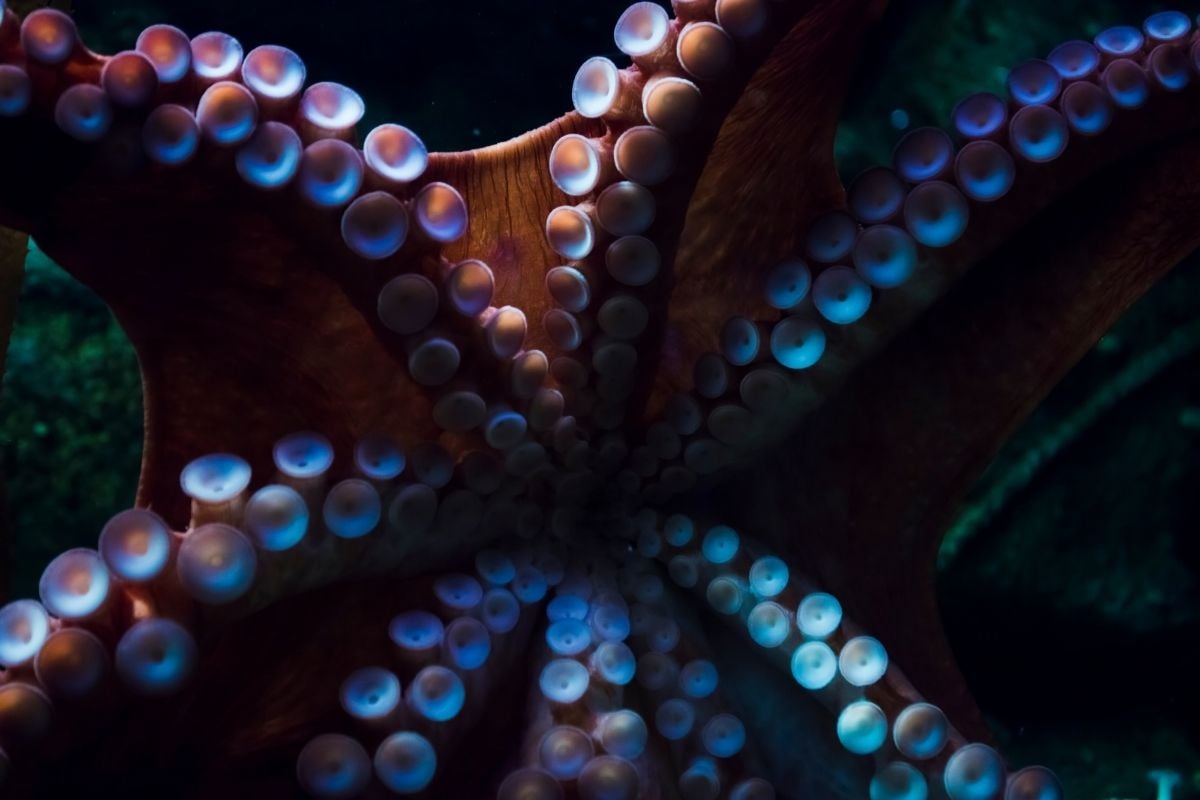 Which color do you imagine when you think of blood? Of course, many people think of red since that is the color of human blood and blood for most animals. But, do you know blood also comes in many colors apart from red?

If you’ve ever done an injustice to a fly or caterpillar, then you know what I’m talking about. Was it green? Blue? or perhaps red?….. Well, in an actual sense, several animals out there have different colors of this life-giving fluid.

Today, we talk about blue blood. Let’s find out why blood can be blue:

Why Do Some Animals Have Blue Blood?

Octopuses, snails, horseshoe crabs, and spiders have one thing in common. All of them have blue blood! But why is their blood blue and not red?

This is because octopuses, snails, and spiders, unlike mammals, don’t use hemoglobin to carry oxygen in their bodies. Instead, they use a related compound called hemocyanin. Rather than having an iron atom in its middle, this molecule has a copper atom that binds oxygen.

It absorbs all colors apart from blue, reflecting and making the blood of these creatures appear blue.

Blood being blue depends on the presence of hemocyanin in place of hemoglobin. Let’s discuss several animals whose blood appears blue due to this factor. 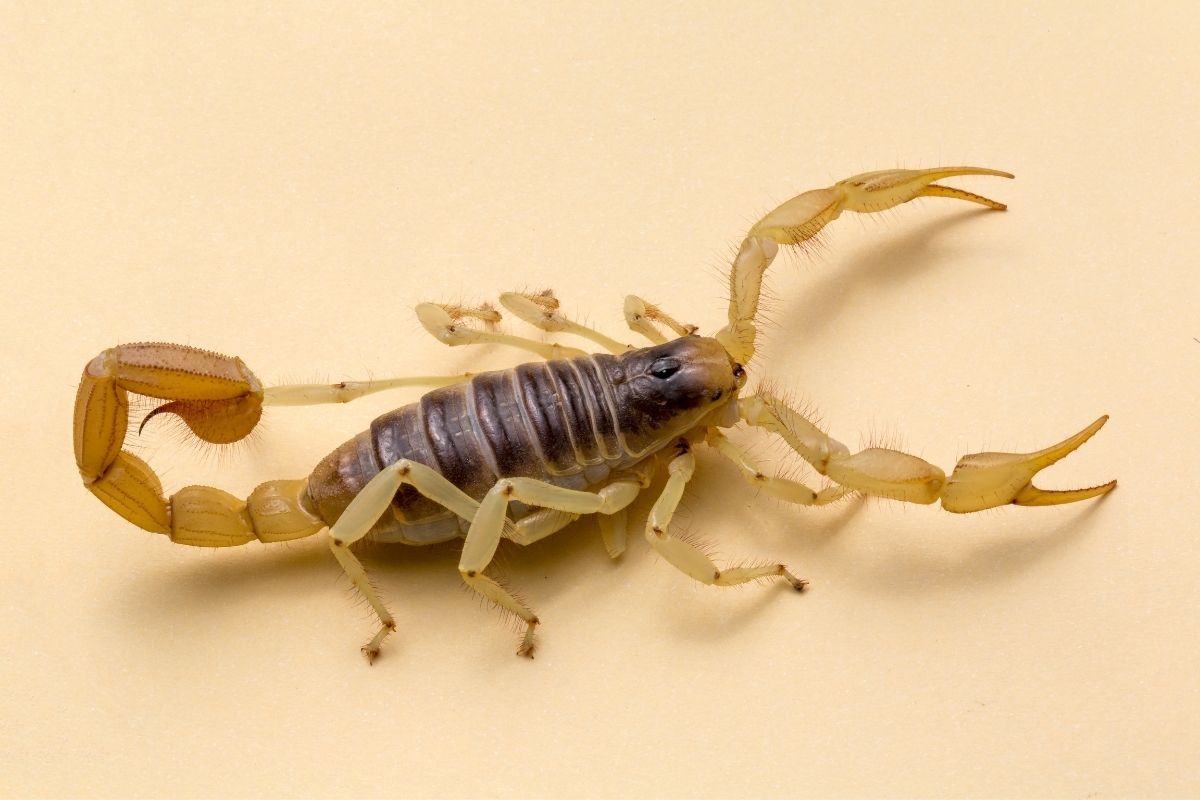 Some scorpions have blue blood due to the high level of hemocyanin in the blood, for instance, the Emperor Scorpion. This is the largest in the scorpion family. Scorpions eat various insects, spiders, lizards, and even other scorpions.

They eat small mammals also, such as mice but can live for months without food, only water. Scorpions are on every continent, excluding Antarctica. They are found in habitats ranging from grasslands to tropical rainforests and deserts. 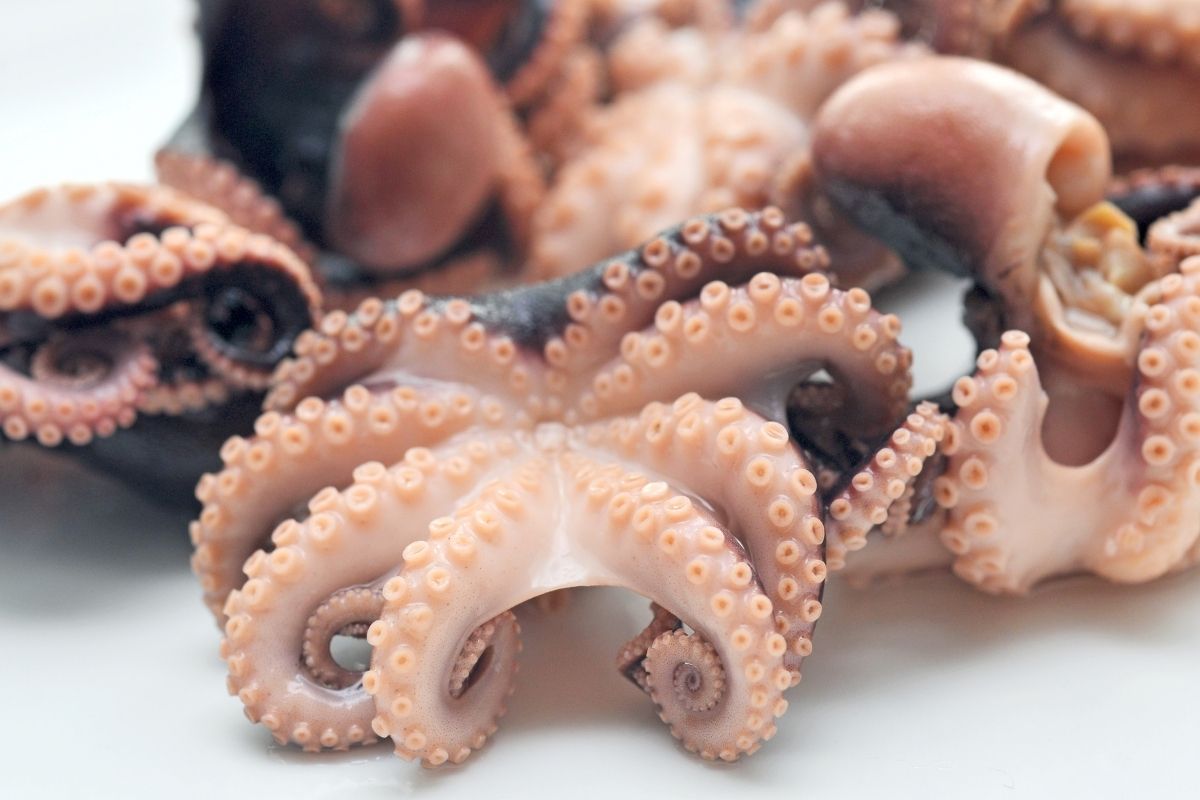 Octopuses have blue blood filled with hemocyanin. Hemocyanin works better than hemoglobin in deep-sea environments where oxygen is poor. Octopuses use hemocyanin, the copper-laden protein, to remain alive in the cold, deep, anoxic waters.

In addition, hemocyanin helps the antennae critters control the salt content of their blood to match the water they are swimming in. Octopuses live in oceans worldwide but are particularly found in many warm, tropical waters. They are regarded as deep monsters, but some species inhabit shallow waters.

Crabs, shrimps, and clams are among their favorite food though they feed on small fishes, snails, and other octopuses. In addition, newly hatched eats small foods like sea stars, copepods, and larval crabs. 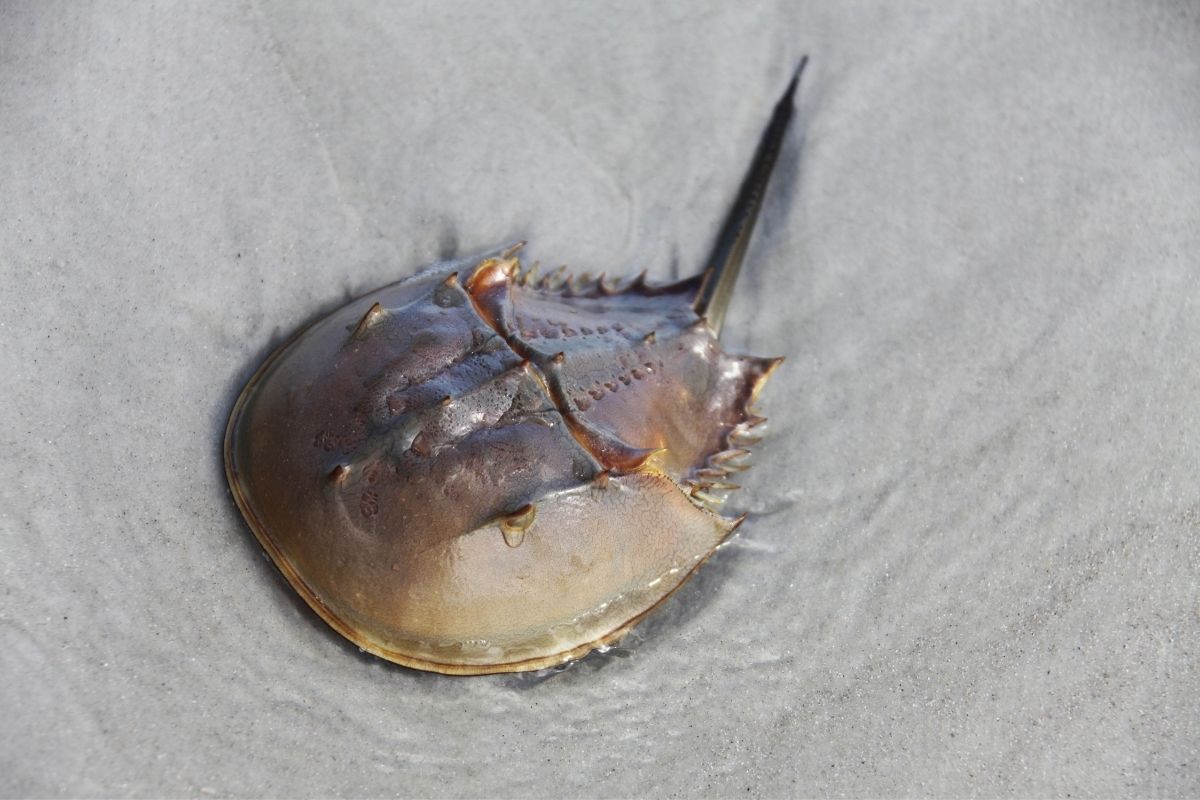 Horseshoe crabs use copper-based hemocyanin to transport oxygen in their blood. They have blue blood due to the copper present in hemocyanin.  They have an impressive level of resistance to bacteria.

This is one of the major reasons Horseshoe crabs have survived for so many years. Four species of horseshoe crabs are known to be alive. One species (Limulus polyphemus) is found in North America on the Gulf and Atlantic coasts from Maine to Mexico.

Others are found in Southeast Asia. Horseshoe crabs love to eat clams and worms and eat algae. They pick up their food with appendages positioned in front of their mouth.

Since it has no teeth or jaw, they crush food between their legs before putting it to the mouth. 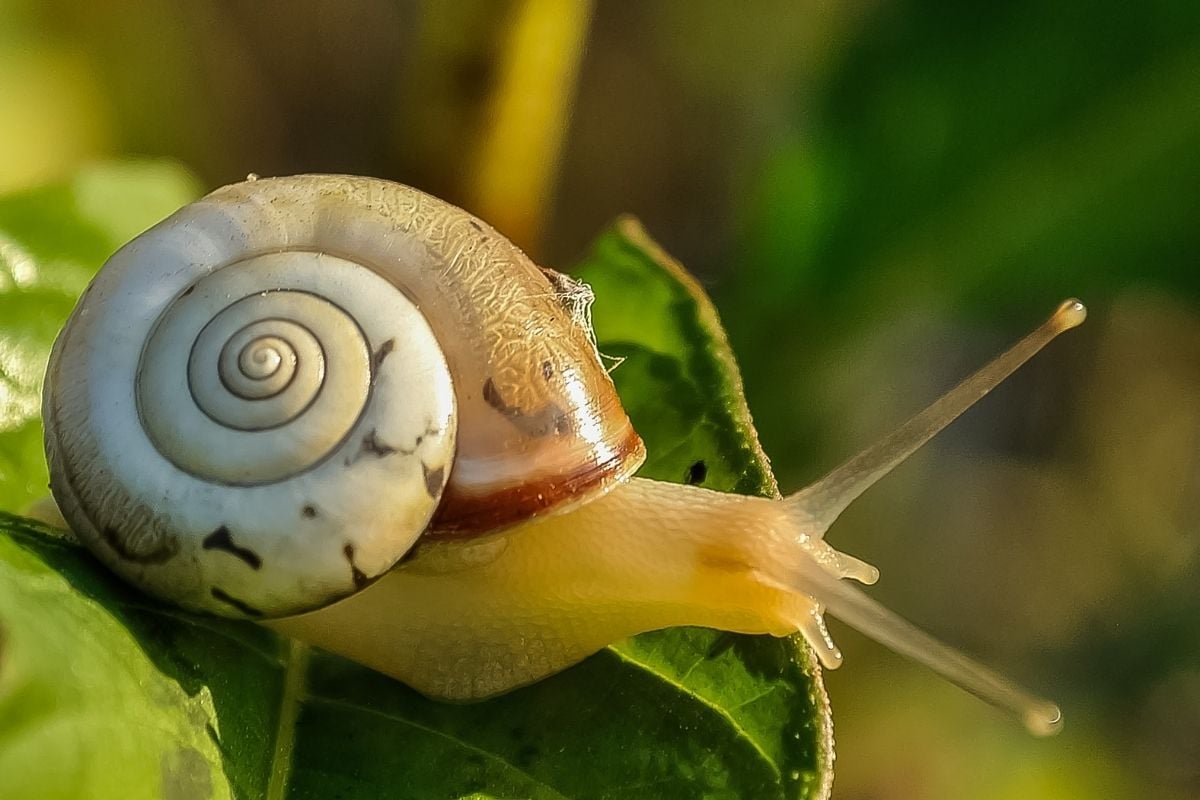 The blood pigment of snails is hemocyanin. In its oxidized state, the snail’s blood appears blue. Snails are everywhere, all over the world, and can be found in a pervasive range of environments.

Some species survive on land and some in the water. For example, land snails inhabit gardens, swamps, fields, river banks or streams, agricultural areas, suburbs, and forests. Most snails are omnivores, meaning that they can eat almost everything from cucumbers to tomatoes, ripe strawberries, and drooping lettuce leaves; these top their list of favorite foods.

They also eat dead animals, fungi, dead plants, and excrement. The majority of them are scavengers. 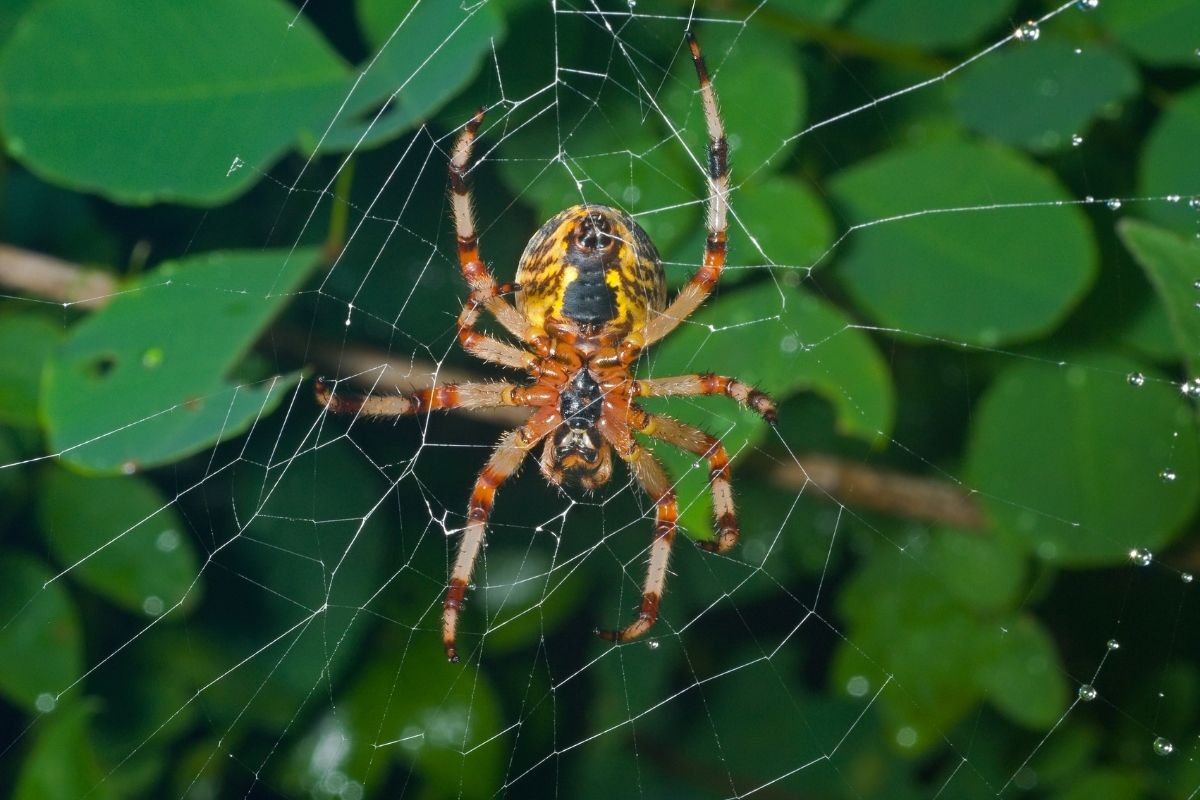 Spiders also don’t have hemoglobin; instead, they have hemocyanin protein, which contains copper in place of iron. Spiders live on every continent except Antarctica. They live in nearly all habitats in the world.

However, the oceans, highest mountains, and arctic regions are the only places with no spiders. Nearly all spiders are predators. Mostly, their food is insects.

However, some more prominent exotic types can feed on small animals like rodents, lizards, grasshoppers, frogs, or birds. The spiders use the blood pressure to shed (dispose of old skin), and that’s an essential part of their life circle. 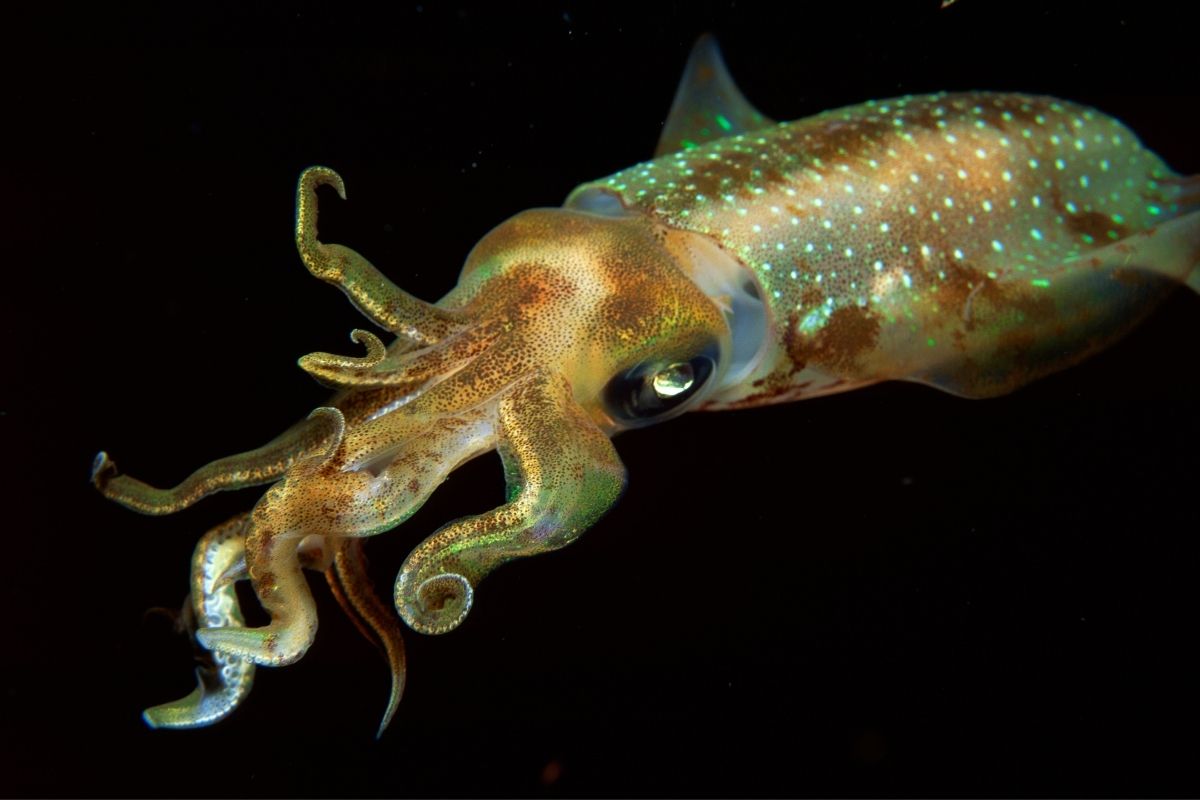 Squid blood is blue and not red. Yet again, the reason is similar. It is because of the high levels of copper-based proteins in their blood.

Squids live in oceans and are found all over the world though not all species. Some prefer living in warmer, tropical waters, whereas others do well in the cold oceans. However, as a species, squids can be found nearly everywhere.

They are not found in freshwater oceans since they are saltwater species. Most of them live in the deepest areas of the ocean. Squids are carnivores with a huge appetite.

They mainly feed on cephalopods, fish, and crustaceans! However, young squids can include some plant stuff in their diet. They will eat small plants, algae, krill, plankton, clams, shrimps, and crabs in their early years. 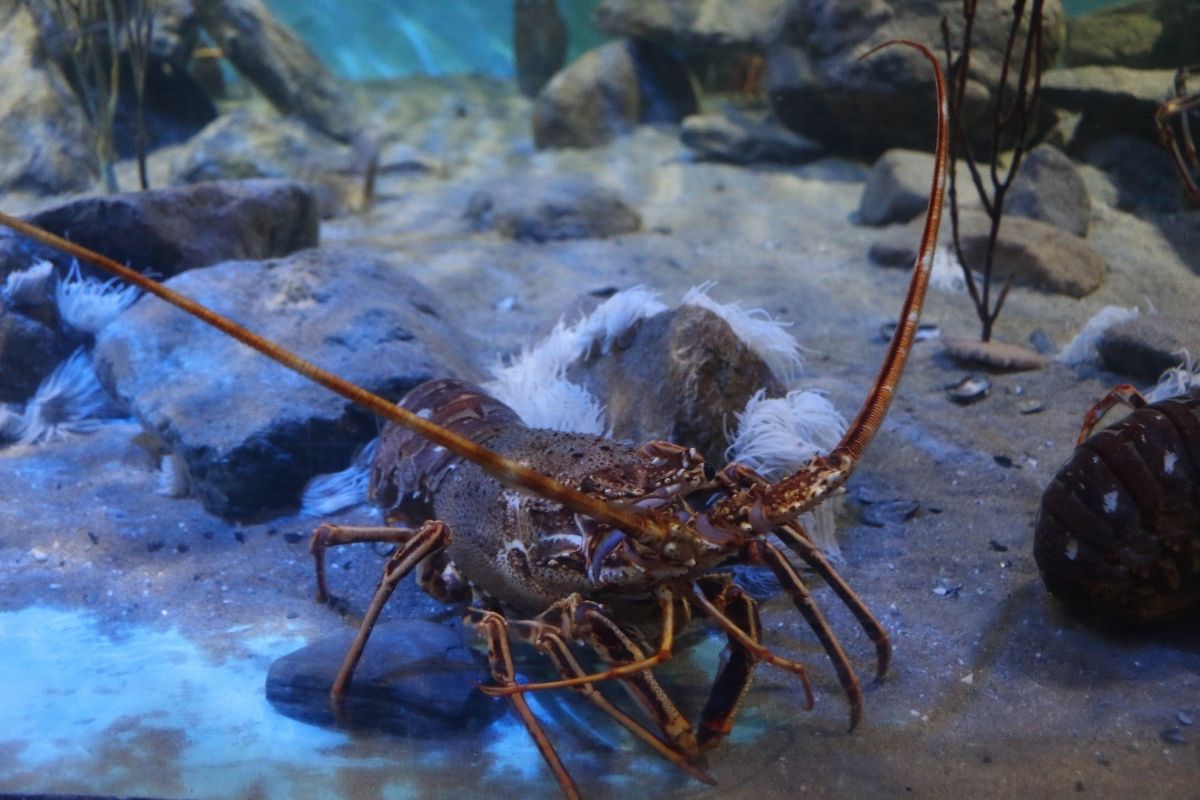 Like spiders and snails, lobsters have blue blood because of hemocyanin in their bodies. They also use hemocyanin to transport oxygen. Lobsters live in a wide variety of habitats, anyplace from shallow coastlines to the deep ocean.

They live in rocky, sandy, or muddy substrates. Mostly, they retreat to burrows, underwater caves, or rocky crevices. Lobsters typically prefer colder waters, though this depends on the species.

The creatures are considered omnivores because they feed on almost anything edible that their claws get on. Common prey includes underwater vegetation, worms, clams, fish, mussels, crabs, and even themselves! Cannibalism arises in confined environments and is recorded in very high numbers of inhabitants.