Humans are not in danger from legless lizards. If an animal does bite, it’s almost always out of fear or unintentionally. The Orlando Science Center recommends a safe respectable distance of 15 feet between humans, legless lizards, and all other wildlife.

How Do Lizards Bite? 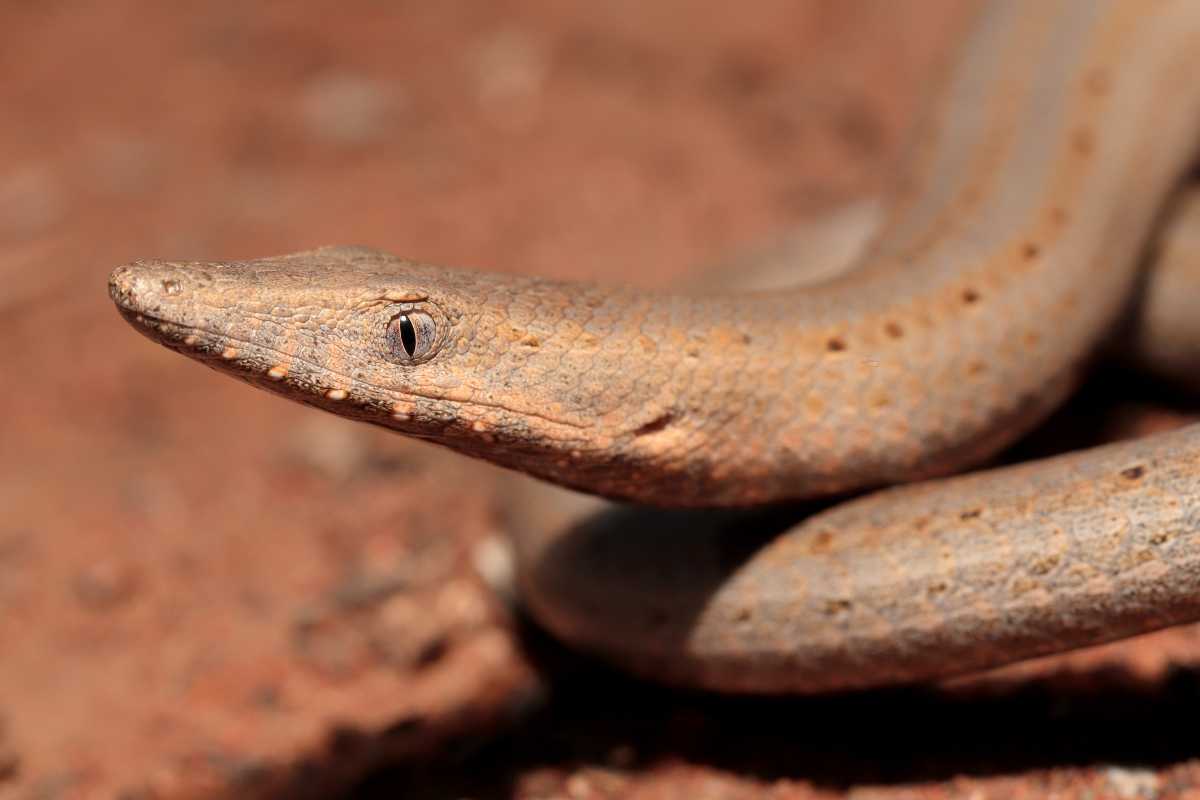 Lizards use their teeth to bite instead of their fangs when they strike. Instead of being injected via fangs which is often the case with venomous snakes, the toxin penetrates the bite wound by seeping through crevices in the teeth into the wound. When humans get bitten by lizards, the reptile can be difficult to get rid of because they prefer to cling to their prey.

What Do Legless Lizards Feed on? 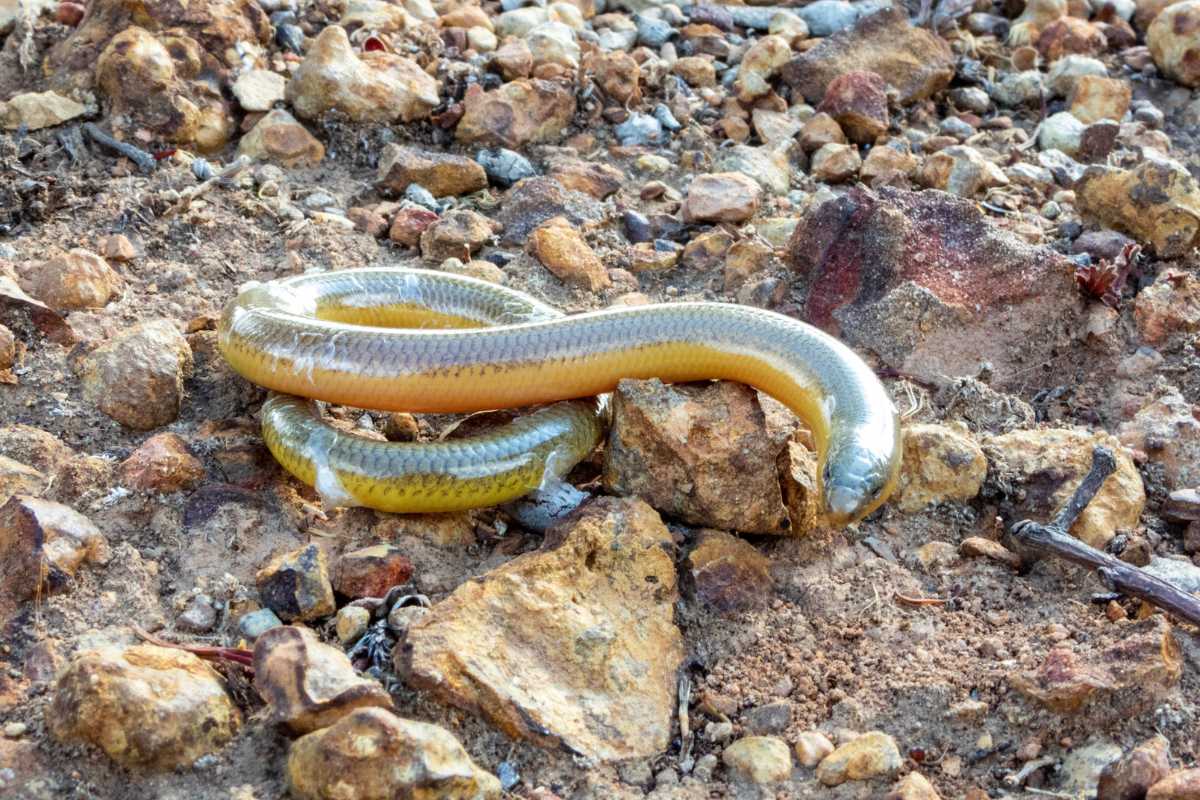 As far as legless lizard species are concerned, there are quite a few to choose from, and they’re spread out around the globe and aren’t connected. Legless lizards, such as Dibamidae, Pygopodidae, Peloponnese slowworm, and Anguis fragilis, come from a variety of locations and live in a variety of ways. Bugs and other organisms, as well as smaller species, are common diets for most.

All three continents are home to numerous species. Legless lizards can be found in rocky slopes, lowland meadows, forests, prairies, and other dry environments. They can thrive at a variety of heights, from sea level to 5,100 feet.

Habitat loss is the primary hazard to these lizards.

How Can We Differentiate a Snake From a Legless Lizard With? 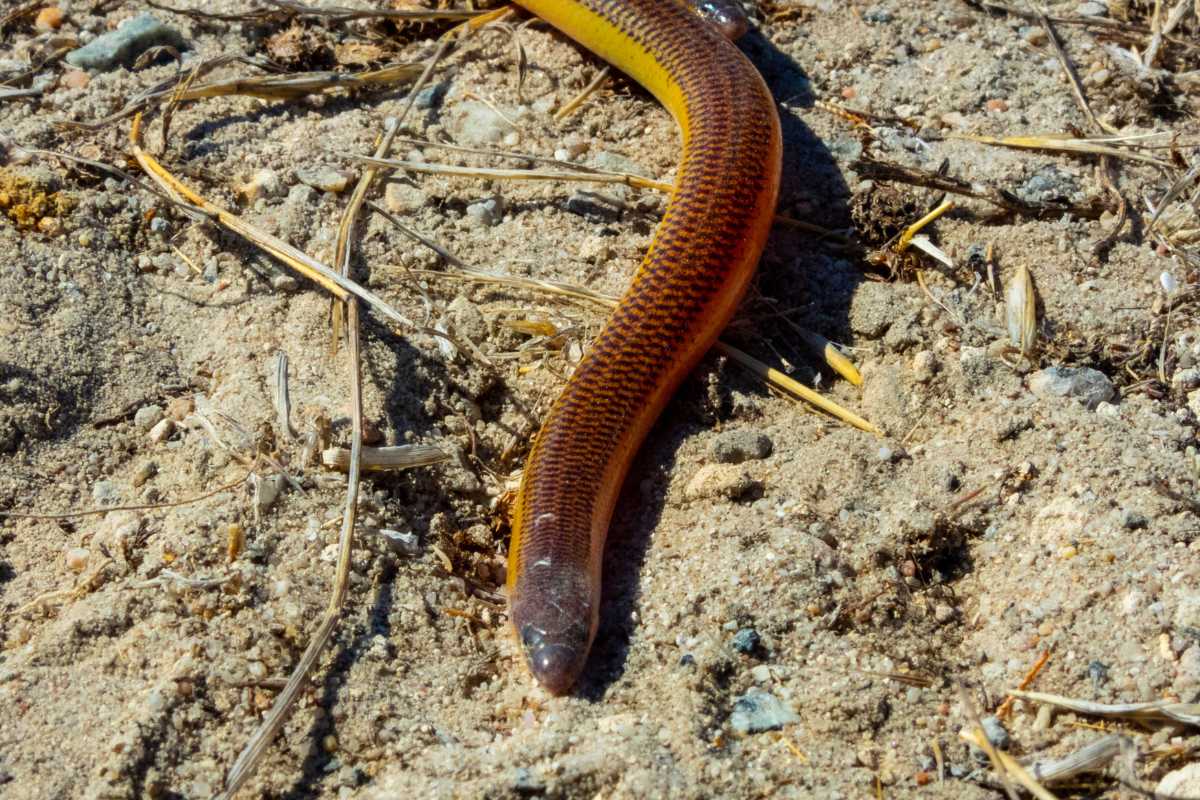 How Do Lizards With No Legs Get Around?

The descending s-movements used by legless lizards are identical to those used by most snakes. Many lizards with legs move in the same way; Skinks in particular.

Which Lizards Have Snake-like Features? 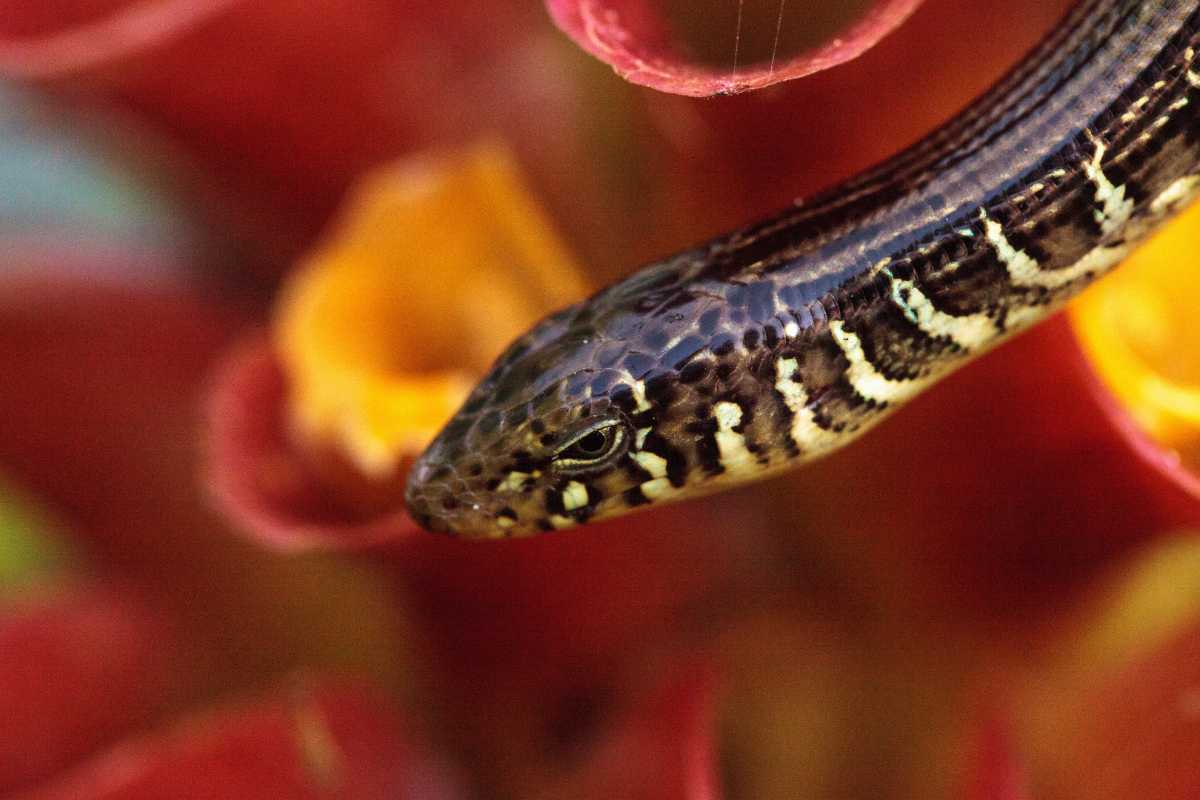 Sheltopusiks, a type of lizard with no legs, resemble snakes. Today’s lizards bear striking resemblance to the dinosaur-era reptiles. It has been estimated that their ancestors first arrived on the planet more than 200 million years ago.

A lizard’s body and tail are long, and its head is small.

Why is a Legless Lizard not Classified as a Snake?

The lizards that have no legs are not snakes. In addition, most lizards have eyelids and external ears, whereas serpents have not. Many “legless” lizards have microscopic vestigial limbs, whereas snakes have no appendages at all. Snakes and limbless lizards have vastly different ecological niches.

Do Some Legless Lizards Have Forked Tongues? 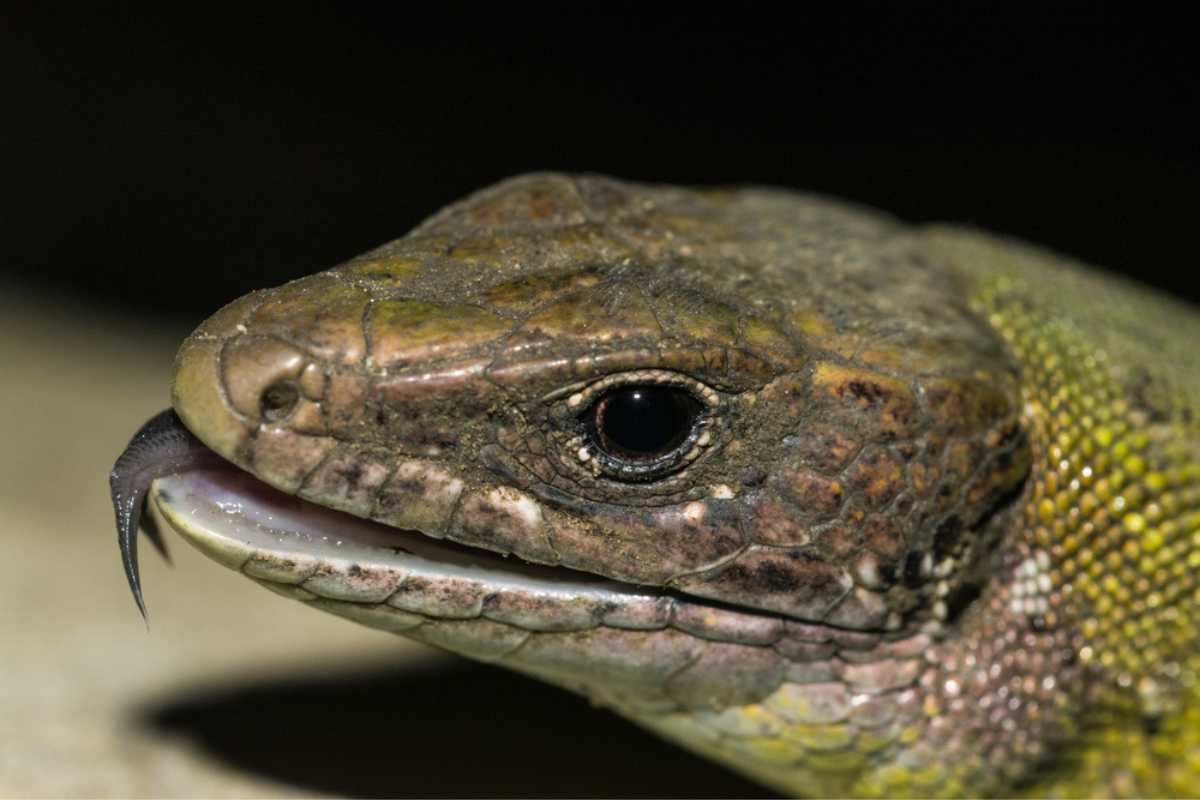 Legless Lizards have fleshy tongues and ears (as seen in the above photo), whereas Western Browns have a forked tongue and no ears. Legless Lizards: (just like all snakes).

What are Legless lizards and Snakes Distinct Characteristics? 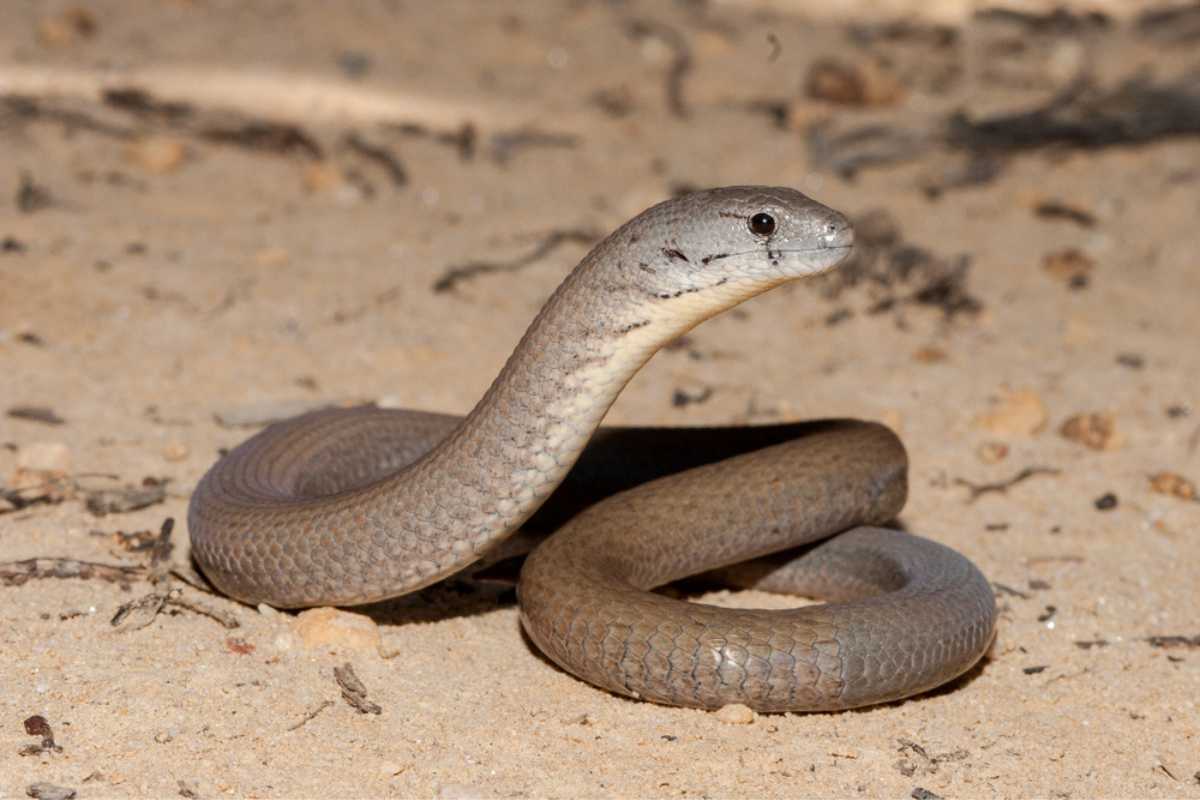 Legless lizard’s eyes have eyelids, as can be seen by gazing directly at them. In the same vein as you and I! On the other hand, snakes lack eyelids.

The eyes of snakes are shielded from harm by a tough, transparent eye scale. Glass lizards can blink, but snakes aren’t able to!

Legless lizards, like humans, have ears with an aperture on the top of their heads for hearing. Snakes can detect vibrations using their jawbones. Have you ever had the sensation of being shaken by a very loud or deep sound?

Snakes’ hearing is entirely dependent on this sensation. The cochlea, a unique hearing mechanism, receives acoustic signals as vibrations travel from the jaw. Our ears are equipped with cochleas, too! 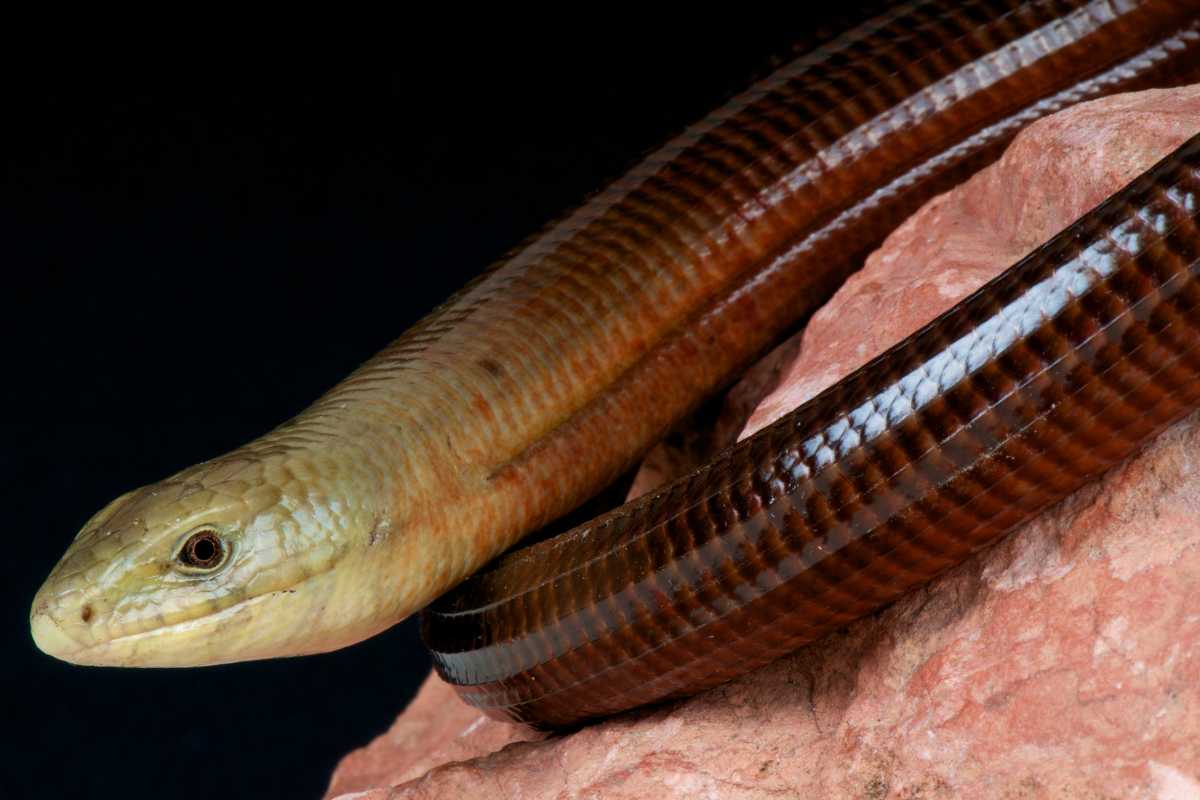 Let us now examine the jaw structure of the legless lizard. Unlike snakes, the top and bottom halves of the lizard are not interchangeable. To consume huge food, snakes can unhinge their jaws utilizing their facial muscles.

Insects, tiny mice, and bird eggs are the primary foods of eastern glass lizards, which have little jaw muscle control. In other words, how far can we open our mouths? Whether or not our jaws are more like that of the snake is up for debate.

What are the Advantages of Lizards With no Legs?

Regardless of where they live, legless lizards play a critical role in ecosystems. Glass lizards are a useful tool in the battle against pests. As a result, they play an important role in maintaining a healthy ecosystem.

Snakes and lizards without legs aren’t particularly dangerous to people. If an animal does bite, it’s almost always out of fear or inadvertence. We may stumble upon legless lizard species during trekking, enjoying outdoors, or doing backyard work in areas including Florida in the United States.

Can you Pet a Lizard With no Legs? 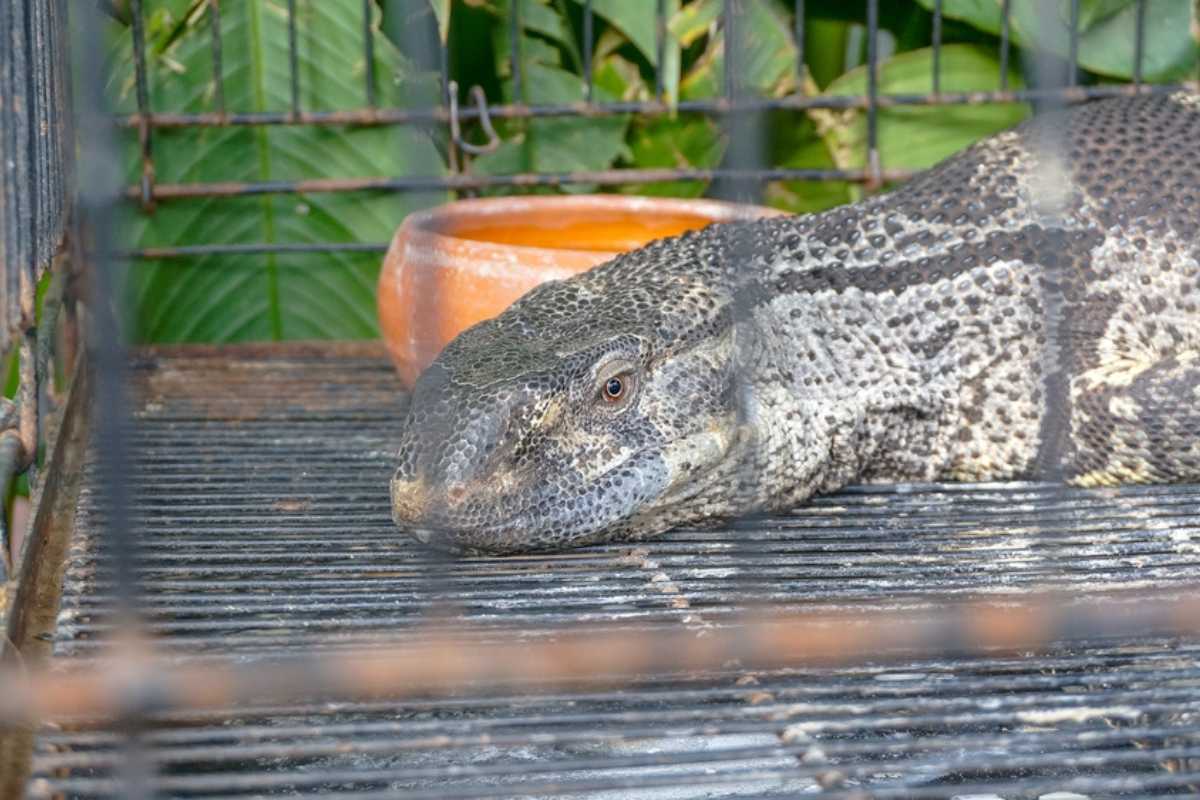 Burton’s legless lizards are occasionally transported to the United States, but they usually arrive all at once in great numbers – or not at all. The introduction of these intriguing lizards is “cyclical” and can be found at some reptile niche shops or reptile exhibitions. The only drawback to owning Burton’s legless lizard is that it eats other lizards.

If you’re okay with feeding your pet reptiles, they make wonderful companions. Most of Australia’s lizards can be found in Burton’s legless lizard habitat. They lack eyelids, unlike geckos. Even though they’re classified as “legless” lizards since they have no limbs, they still have a pair of mushy extensions where their rear legs ought to be.