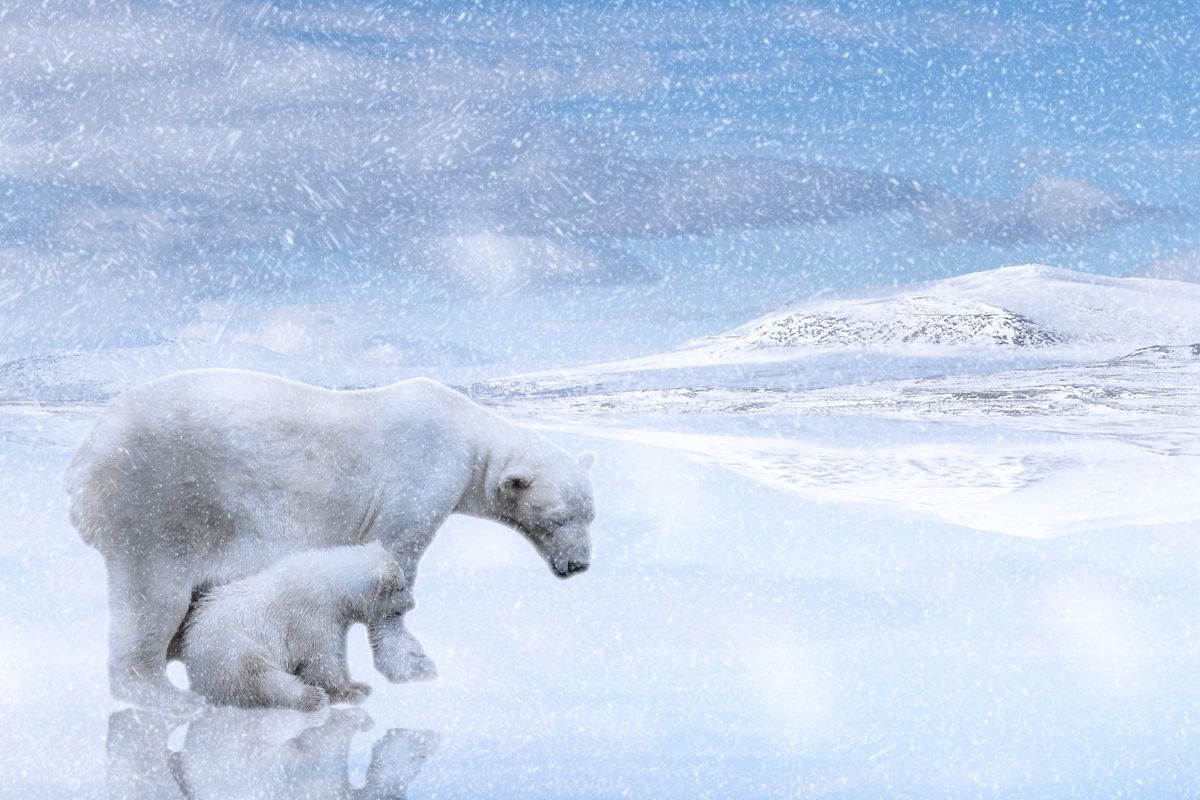 Polar bears live in the arctic, hang out on slabs of ice, and snack on sea lions. Ultimately, slabs of ice are a big part of what polar bears call home, they live their lives floating around on them. But because the ice continually shifts and moves, so do the bears and they can be found in countries within the arctic region from Alaska, Canada, and Russia to Norway.

Polar bears are well adapted to life in extremely cold weather, but do they always stay cozy underneath all that fur and blubber? I want to figure out whether polar bears ever get cold, but to do that I first need to understand how they stay so warm in the first place.

Contents show
How Does a Polar Bear Survive in Freezing Temperatures?
What Might Limit a Polar Bear’s Ability to Retain Heat?
Polar Bear Hair Loss
Polar Bear Starvation
How Cold is Too Cold for Polar Bears?
The Arctic vs. the Antarctic

How Does a Polar Bear Survive in Freezing Temperatures? 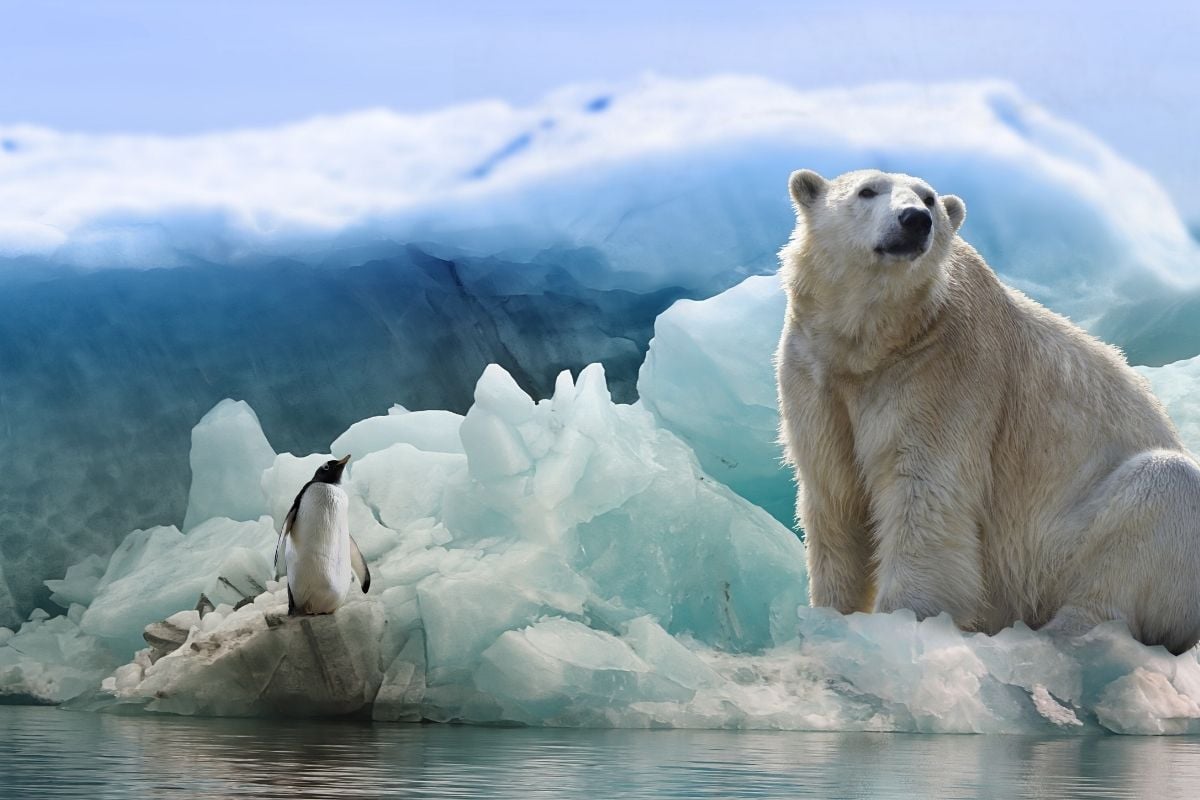 Polar bears have a few things to keep them snug in those freezing conditions including:

The fur coat acts as a barrier to keep out the cold and the layer of blubber functions as insulation. Blubber helps the polar bear maintain its body temperature, allowing it to remain at a comfortable 98.6 F. And a polar bear’s super-fast metabolism generates heat, helping it stay warm in a below-freezing climate.

Other adaptations that help a polar bear survive to include:

What Might Limit a Polar Bear’s Ability to Retain Heat? 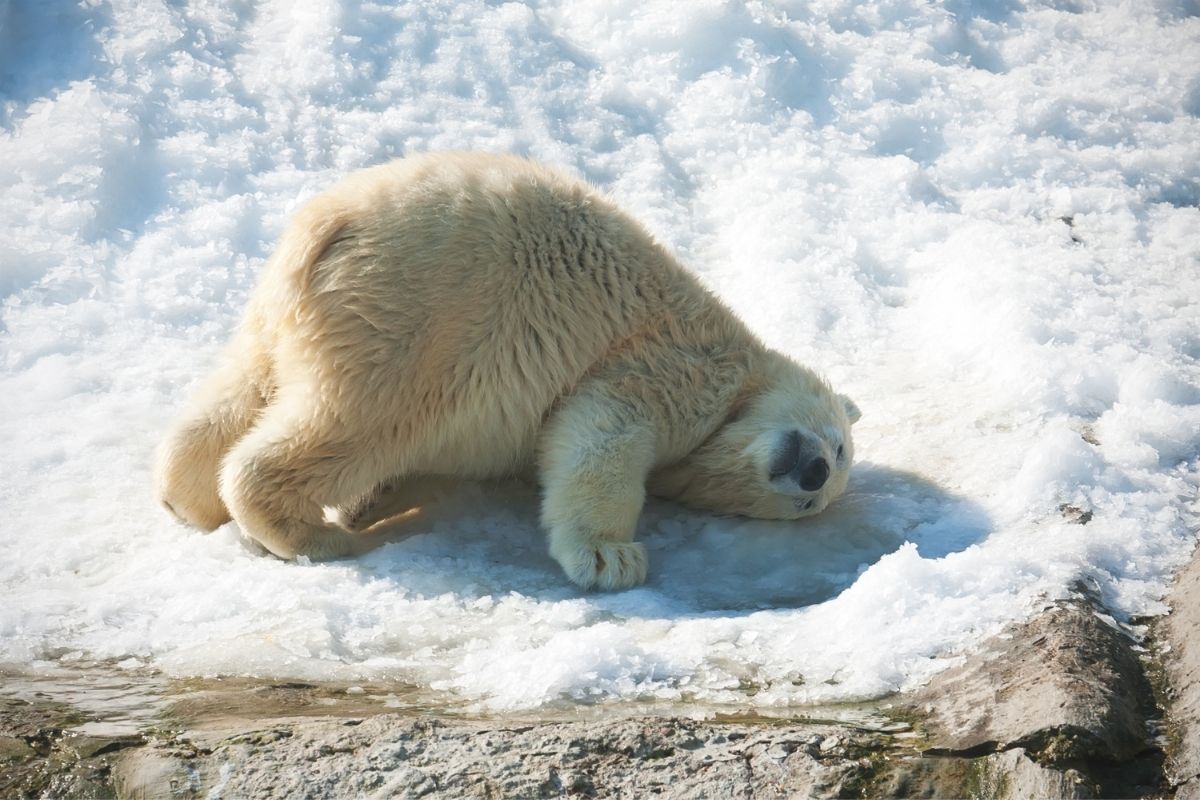 To figure out whether polar bears can get cold, we can ask:

What would prevent a polar bear from functioning the way it needs to function, to stay warm? A few things, such as:

What is so special about fur? A polar bear’s fur has a special type of layer. The additional layer, called guard hair, functions to protect the polar bear’s underlying fur and skin. Essentially, guard hair works like a double-edged sword in protecting polar bears from freezing temperatures. Guard hair absorbs heat from the outside environment and prevents body heat from escaping. 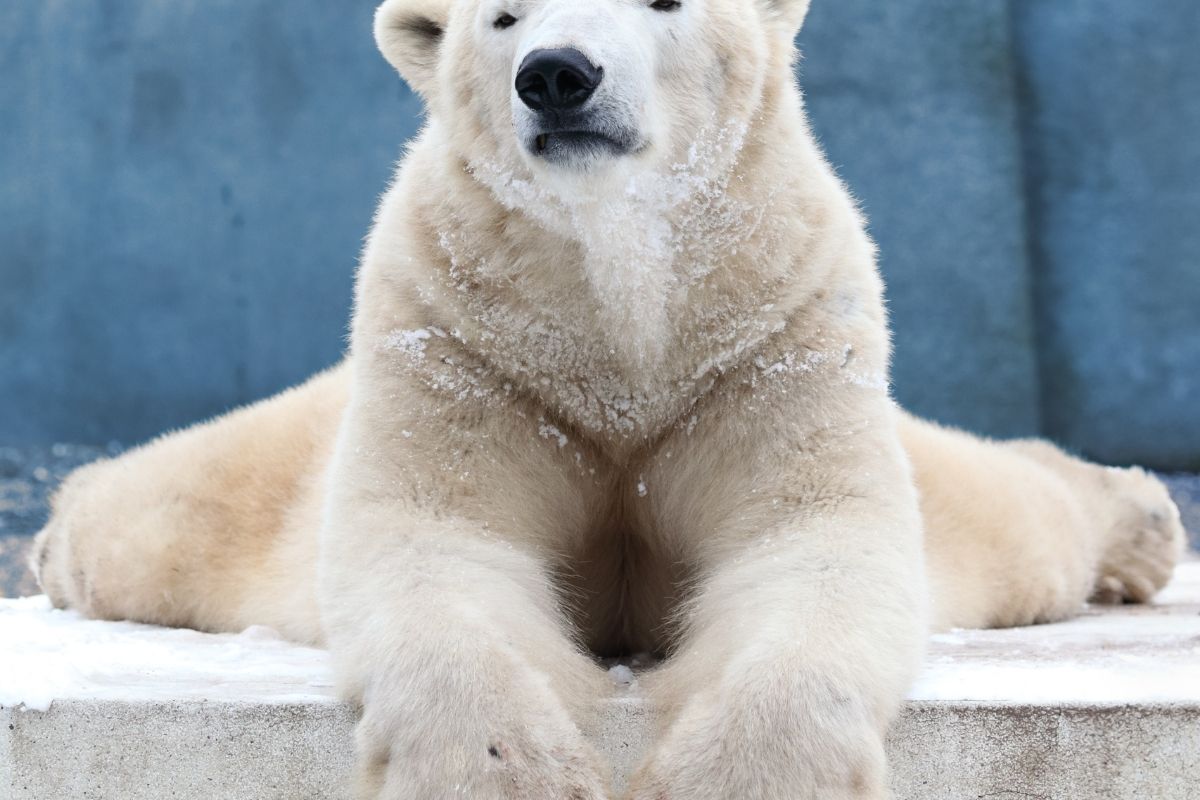 Studies have shown that some polar bears lose their hair in large amounts, a condition known as alopecia. Researchers aren’t entirely sure what causes polar bears to lose their hair. However, bears that experience hair loss tends to have less body fat and are less able to retain heat.

One theory about the condition suggests it may be related to a bear’s poor health, but it isn’t clear which came first – the hair loss or the poor health. One thing that is certain, bears with bald patches lose more body heat compared to bears without hair loss. So, polar bears that lose their hair could, in theory, get too cold. 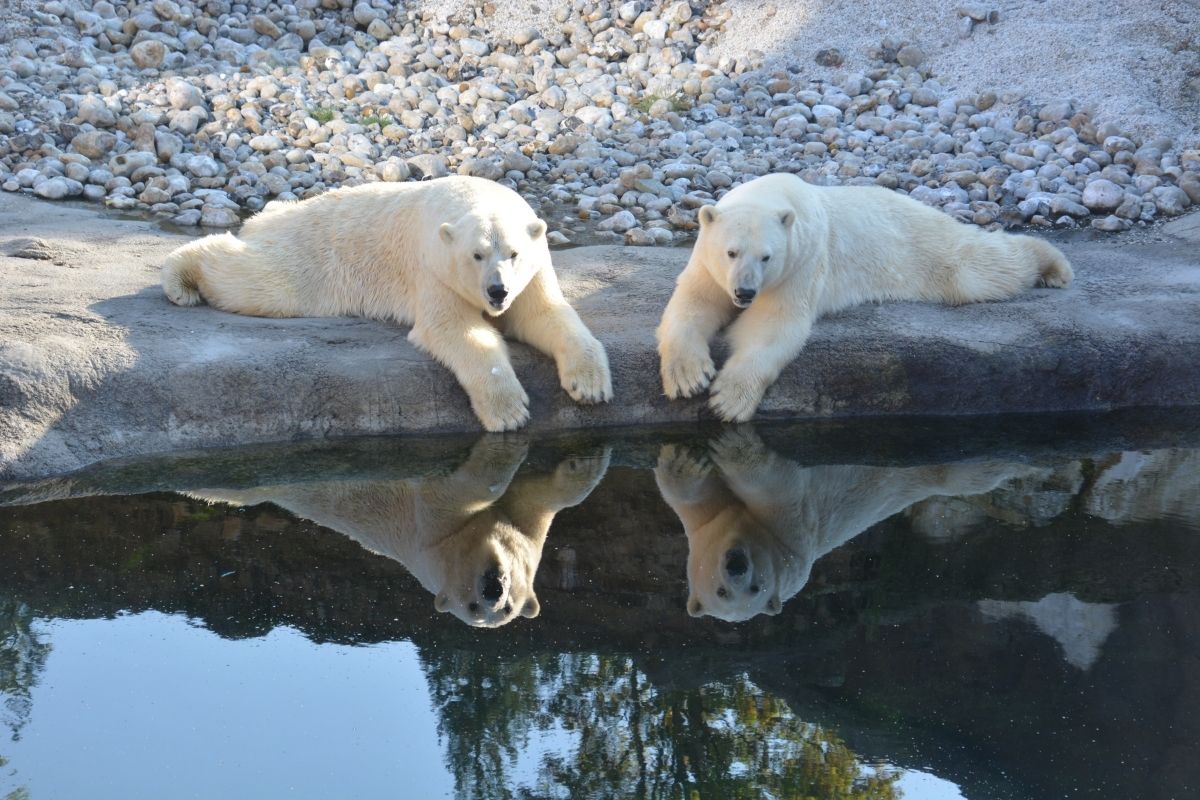 If a polar bear can’t get enough to eat, it will lose weight. When polar bears lose weight, they also lose blubber. Blubber is different from fat in that it is much thicker and much better at keeping an arctic animal protected from freezing temperatures. Polar bear blubber may be up to 10 cm thick underneath a thick layer of fur, keeping polar bears extra toasty.

There are many accounts of starving polar bears in the arctic. The reason for this is unclear. And it’s just one part of a long controversial debate.

Various theories exist to answer why polar bears are starving. Climate change theory suggests that polar bears are unable to hunt seals that live in the arctic sea because the sea ice is melting around the arctic region. Polar bears tend to stay on slabs of ice floating on the arctic ocean because it gives them easy access to the seals they eat.

According to climate change theory, the slabs of ice are slowly melting and preventing the bears’ natural hunting process. Without access to the seals in the sea, polar bears become malnourished and lose weight – and they lose blubber, the insulation keeping them warm.

How Cold is Too Cold for Polar Bears? 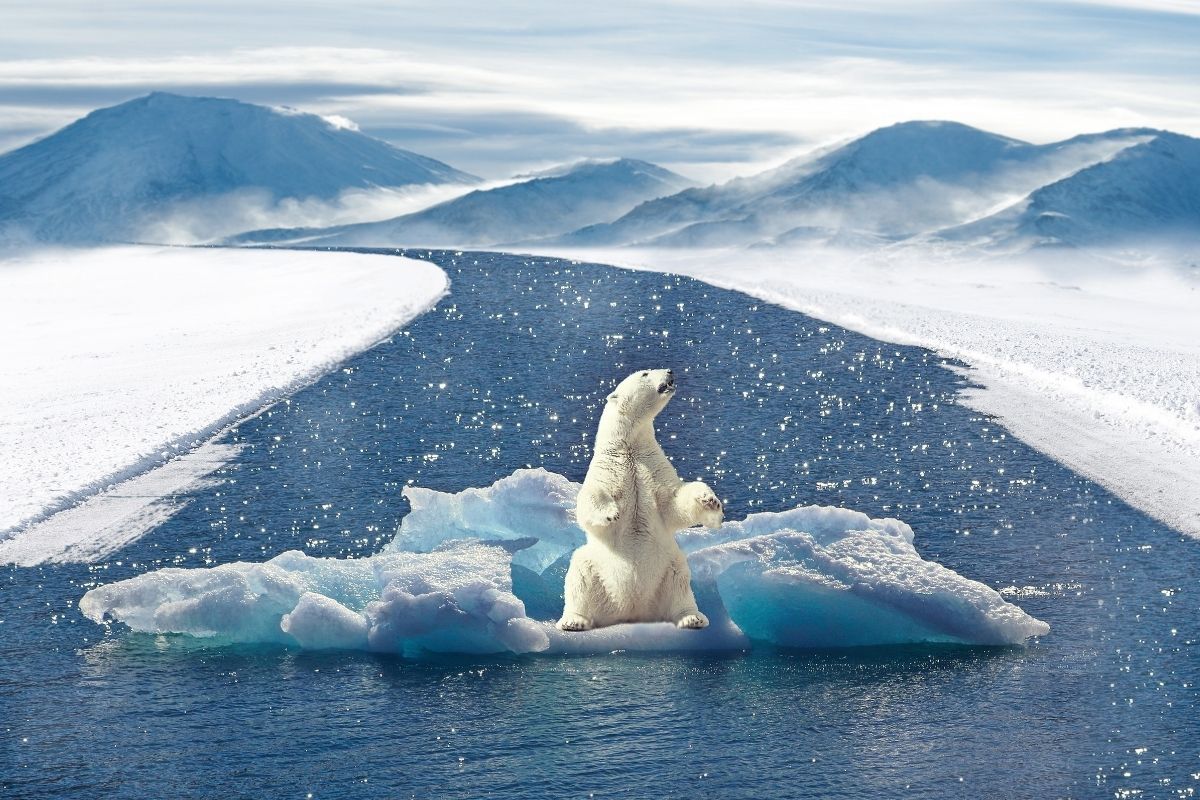 My search to understand polar bears and whether they can get cold led me to notice a recurring question – could polar bears find a new home in the Antarctic? One reddit user says, “Chances are polar bears would have a much better life in the Antarctic, at least for a while. The environments are similar enough that they would probably adapt easily.”

But I’m not so sure.

The Arctic vs. the Antarctic 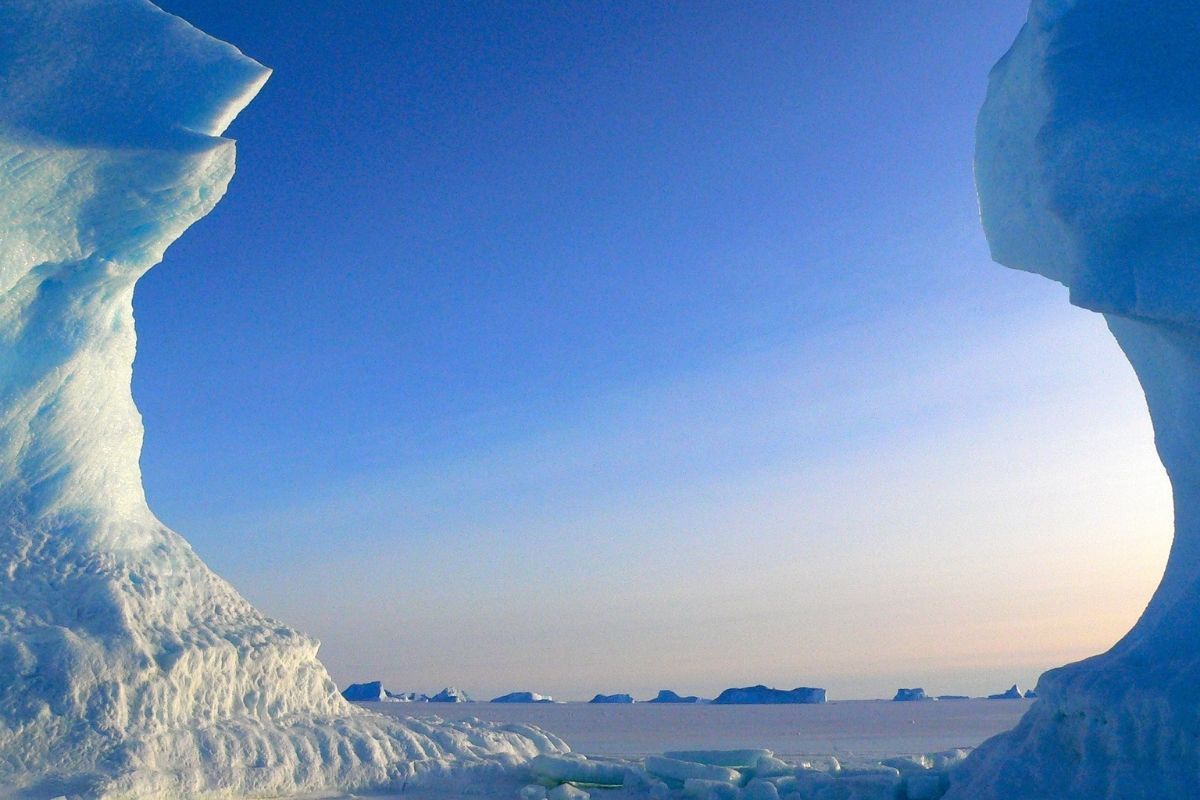 Antarctica has six months of complete darkness during its winter, followed by six months of pure daylight that mark its summer. During the six-month-long summer season, Antarctica stays around a crisp 14 F.

However, the coldest temperature ever recorded in the Antarctic was a painfully cold -129.28 F, in 1983. To get a sense of how cold that is, stick your arm in the freezer. Then leave it there for a minute.

It gets a bit uncomfortable after a while, right? The average freezer temperature hangs around a measly 5 degrees Fahrenheit. Polar bears are built for the cold, but they have adapted to life in the Arctic region of the North Pole where temperatures are not nearly as freezing as they are in the Antarctic South Pole.

While polar bears have adapted well to withstand temperatures as low as -50 F, the blistering Antarctic region in the south would be far too cold for them to live. Therefore, if at some point a polar bear stumbles into Antarctica, it might get cold.