You might be wondering why raccoons make all those different noises. Well, there are a few reasons. The most common noise that raccoons make is called screaming.

This is because it’s mating season, and the females are trying to find males in their territory. Males will also scream when fighting other males over territory or food. Other sounds that raccoons make include chattering, hissing, growling, and purring.

Raccoons are generally nocturnal creatures, so you’re more likely to hear them at night. However, if you do encounter a raccoon during the day, it’s probably because they’re looking for food. Raccoons are very adaptable creatures and can live in a wide range of habitats, from forests to urban areas.

In fact, raccoons are one of the few animals that have actually thrived in urban environments.

What Noises Do Raccoons Make? 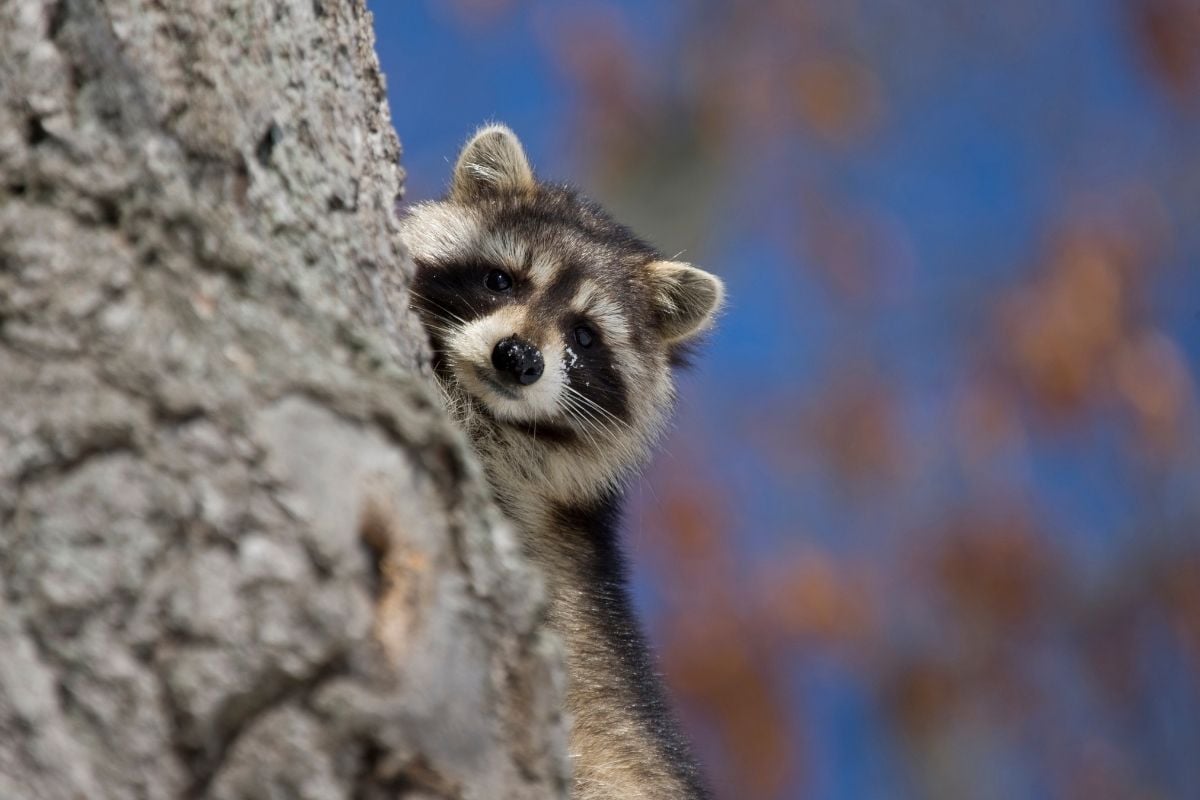 Raccoons are known to make a variety of noises, including hisses, grunts, growls, and barks. These noises can vary depending on the situation, but they typically indicate that the raccoon is either feeling threatened or is trying to intimidate something. Hisses and growls are usually reserved for when a raccoon feels threatened, while grunts and barks are more commonly used as warning signals.

In some cases, raccoons may also make chattering or purring noises when they’re happy or content.

Why do Raccoons Make These Noises? 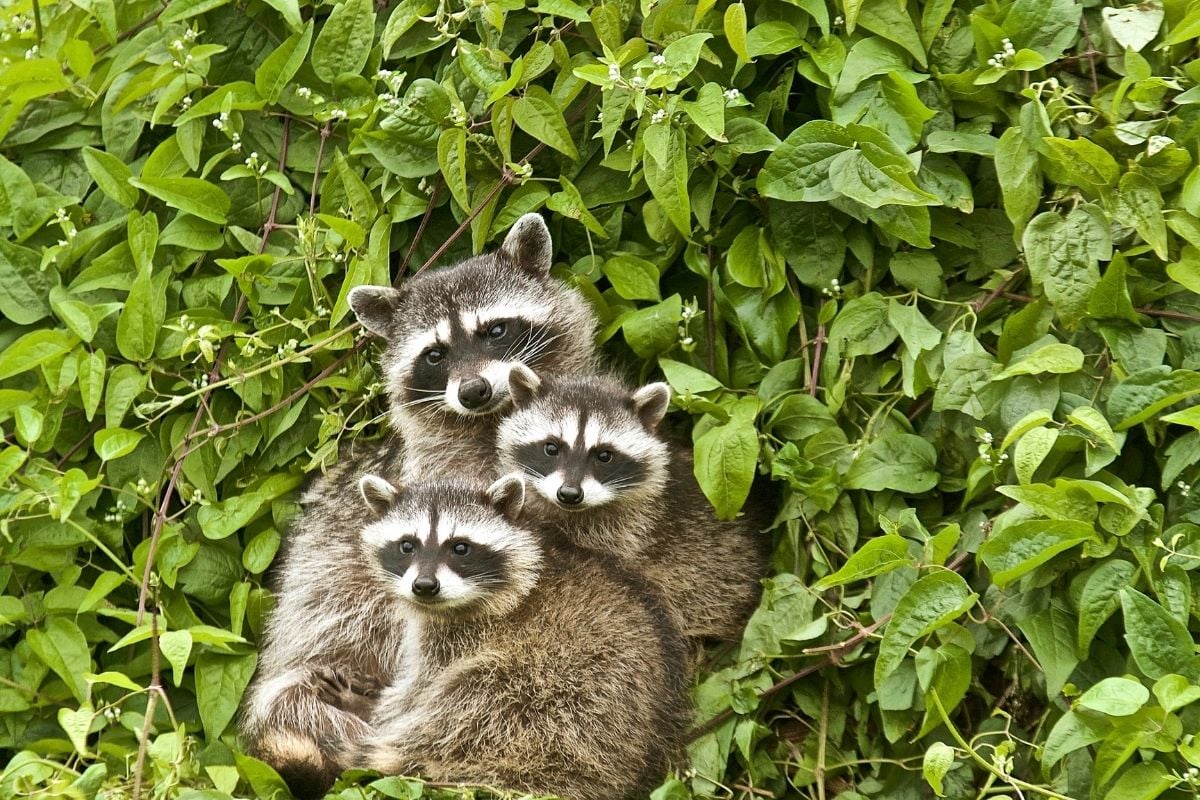 Raccoons are relatively quiet animals, but they do make a variety of sounds. The noises they make can be divided into a few different categories, including vocalizations, screams, growls, and clicks. Each type of noise serves a different purpose, whether it’s to communicate with other raccoons or to warn off predators.

If you hear a raccoon making any of the following noises, it’s best to stay away and give the animal some space. Raccoons can be aggressive, especially if they feel threatened, and they may also carry diseases that can be harmful to humans.

Raccoons hiss when they feel threatened or startled. It’s a way to warn off whatever has caught their attention.

Growls and snarls are usually reserved for aggressive encounters with other animals or people.

These relatively high-pitched noises are often made by mother raccoons to communicate with their young. The clicking sound is thought to be a way of keeping tabs on where each of her babies is.

Screaming is usually heard during extreme situations, like if a raccoon is being attacked by a predator. Sometimes raccoons scream while they are mating or when they are looking for a mate. It can be difficult to differentiate between fighting screams and mating screams.

If you hear the screaming between the months of January and May, there is a very good chance the raccoons are mating. In either case, if you hear a raccoon scream, it’s best to stay away!

Grunts are usually quiet and low-pitched. They may be made while a raccoon is foraging for food or when it feels content and relaxed.

Barks are also relatively low-pitched noises. They are generally used to communicate with other raccoons and may be heard during mating season or when a mother is trying to keep track of her young.

You might not expect it, but raccoons can purr just like cats! This behavior is most often seen in mothers nursing their young, but any raccoon may purr when content.

Cooing is a soft pigeony noise that is sometimes made by raccoons, especially if they are trying to mate. It is also sometimes heard when a mother raccoon is comforting her young.

What to do if a raccoon is living on your property? 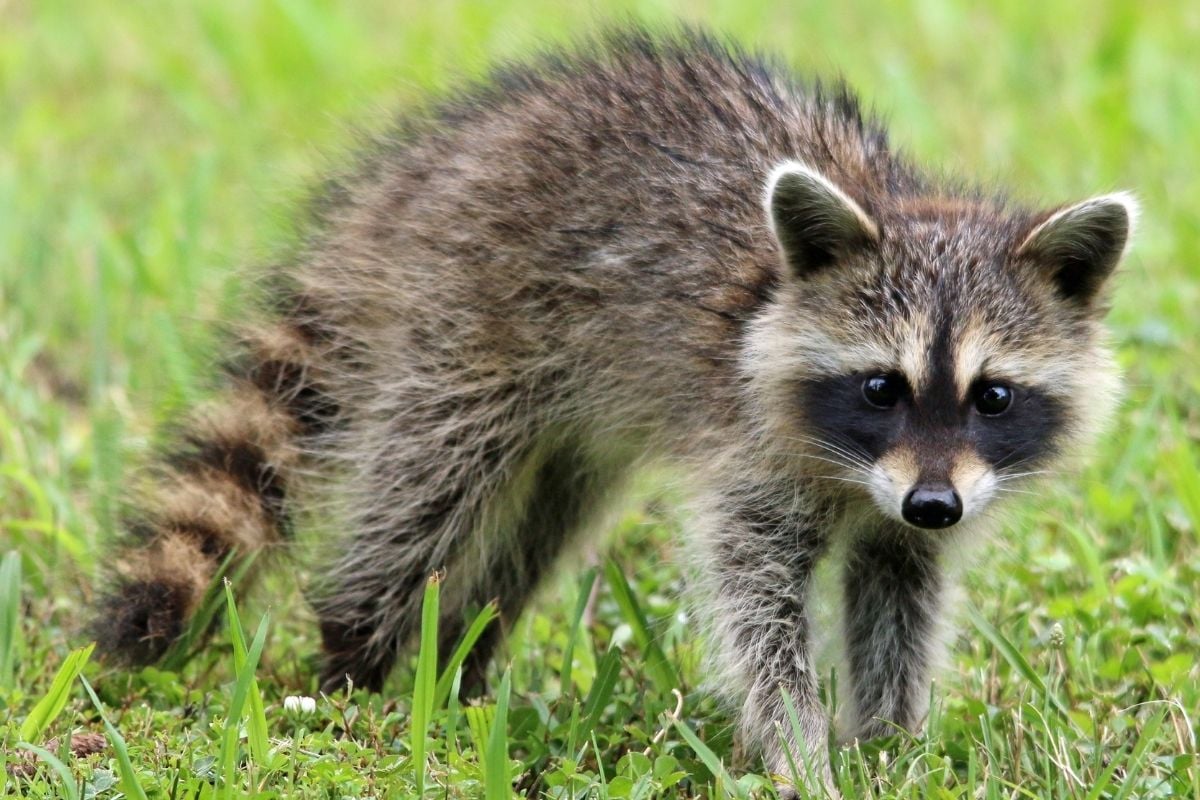 If you have a raccoon living on your property, there are a few things you can do to try and get rid of it. First, make sure that all food sources are inaccessible to the raccoon. This means securing garbage cans, not leaving pet food outside, and keeping your doors and windows shut.

You can also try to scare the raccoon away by making loud noises or shining bright lights at it. However, this is not always effective, and it may just make the raccoon more aggressive. If you’re not comfortable dealing with the raccoon yourself, you can always call a professional wildlife control company.

They will be able to safely and effectively remove the animal from your property.

What to do if you see a raccoon?

If you encounter a raccoon on your way to your front door, you should:

Do not try to approach or capture the animal yourself, as raccoons can be aggressive and may carry diseases that can be harmful to humans. If you see a sick or injured raccoon, do not approach it but call your local wildlife rehabilitation center for assistance. If you come across a raccoon in the wild, it’s best to give the animal some space and avoid getting too close.

What to Do if a Raccoon Attacks?

If a raccoon does attack, there are a few things you can do to defend yourself. Try to stay calm and avoid screaming or making sudden movements, as this may agitate the animal further. If the raccoon is small enough, you can try to grab it by the scruff of the neck and hold on until it calms down.

If the raccoon is larger, you can use a stick or other object to hit it on the nose or head in an attempt to get it to release its grip. In either case, if you are able to safely get away from the attack, you should wash any wounds thoroughly with soap, water, and alcohol as soon as possible.

If you have a raccoon on your property that you need to be removed, the best thing to do is to call a professional wildlife removal company. These companies are specially trained and equipped to deal with these animals and will be able to safely and effectively remove the raccoon from your property.

In general, the noises raccoons make can be divided into two categories: aggressive and non-aggressive. Aggressive noises like growls, snarls, and screams are usually only heard when the animal feels threatened. If you hear these noises, it’s best to give the raccoon some space.

Non-aggressive noises like chittering, purring, and clicks are usually made by mother raccoons to communicate with their young. However, any raccoon may make these noises when content. If you hear these noises, the raccoon is likely harmless and is not looking for a fight.

Of course, it’s always best to err on the side of caution and avoid approaching any wild animal. If you’re concerned about a raccoon on your property, it’s best to contact a local wildlife control company for assistance.