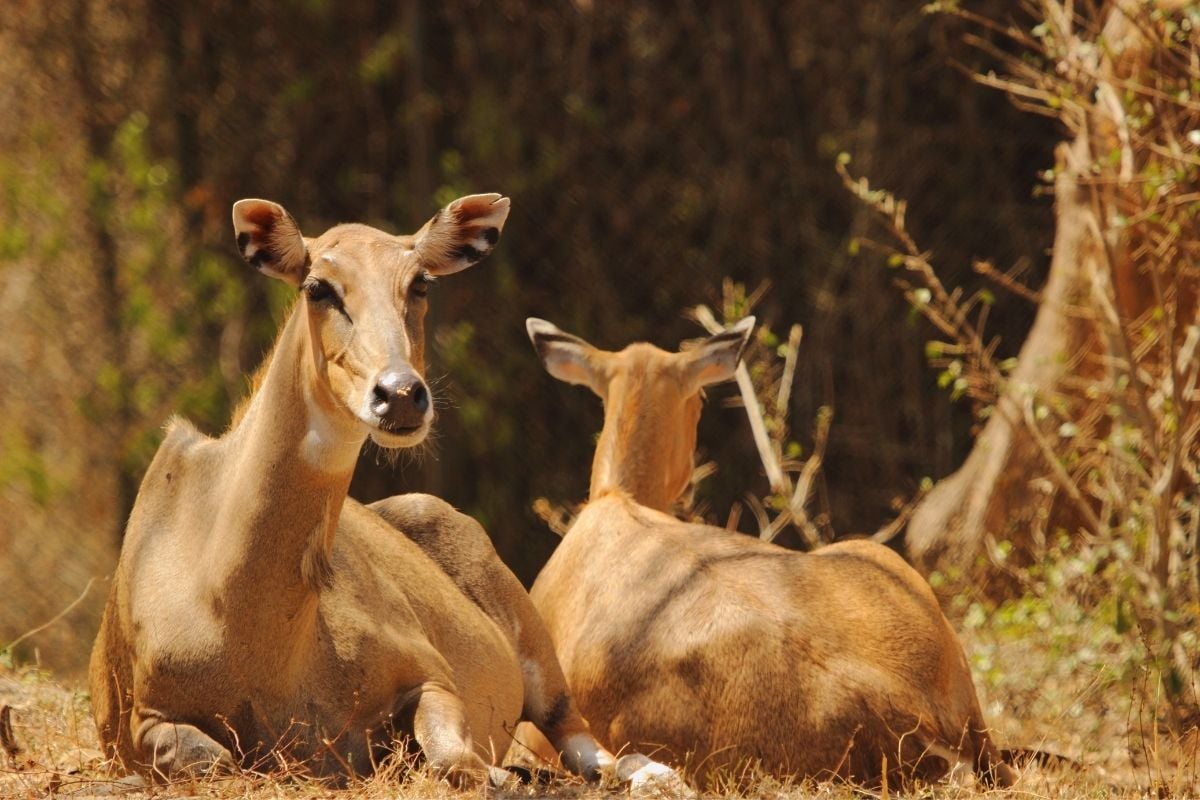 You can tell the difference between a moose, elk, or deer mainly by their size and their antlers. These aren’t the only differences. Hopefully, by the time we are done exploring, you will be able to tell them apart with confidence.

The first thing we need to emphasize is that while all moose and all elk are deer, not all deer are moose or elk. Let’s get started! 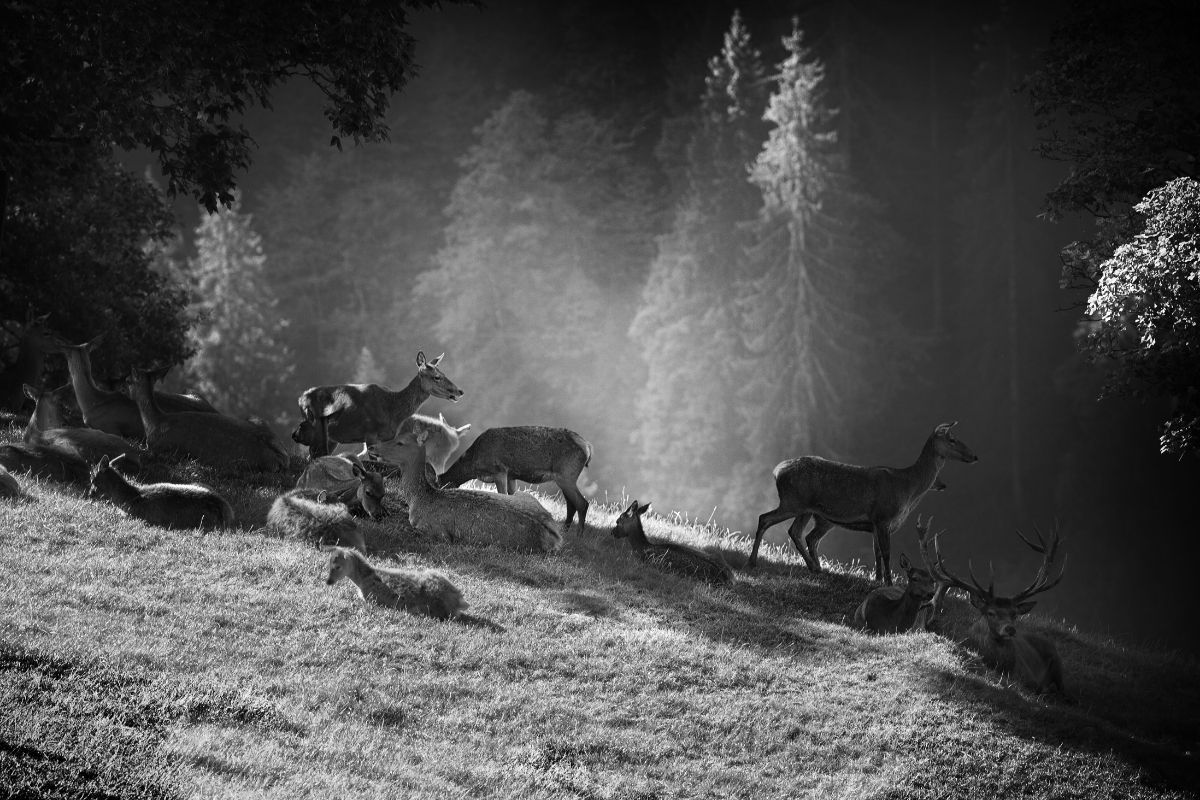 All three of these animals belong to a class of animals called Cervids. You can think of these three as cousins. They are all cud-chewing plant-eaters. All three have hooves and the males of each species grow antlers throughout the spring and summer that they shed in the fall.

The antlers tend to grow larger every year until the animal has reached its prime. All three animals have a four-chambered stomach. This allows them to be able to store food when it is plentiful and then go somewhere safe to finish their meal.

They bring the food back up from the “storage” section and eat it. Now let’s take a look at the differences.

Moose vs Elk vs Deer –Telling Them Apart 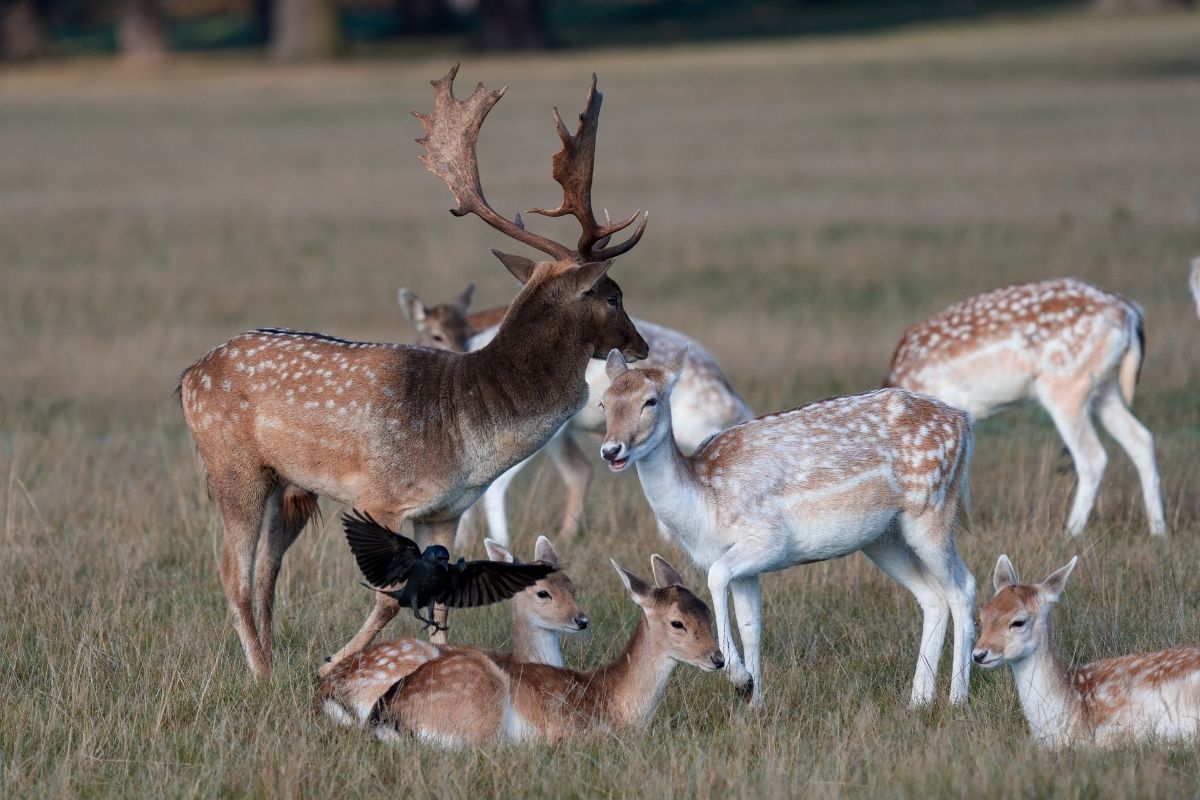 You can get an idea of which animal you are about to meet before you even see one. Both the deer and the moose have heart-shaped footprints with rounded edges, while the elk has a print that is shaped more tooth-shaped, with pointed ends. Because the moose is so much bigger than the deer, its prints will be larger and sink deeper into the ground as it walks.

In addition, you will normally find several sets of prints if it is deer and only one if you are about to find a moose.

Deer are the smallest of these three. They stand about four feet tall at their shoulders and are often tan. Some species, like the white-tailed deer, have bright white on their tails.

They normally range from 100 to 300 pounds. They have the longest tails of the three species. The snout is long and narrow with a rounded nose.

Moose are the largest of the three. These impressive animals can grow to be five to seven feet at the shoulder and weigh from 800 to 1000 pounds. Moose are normally dark brown in color, often appearing black.

They have the shortest tails of the three. Moose have a “beard” under their chin that is called a bell and it can grow to be a foot long. Both males and females have this feature.

A cylindrical snout and rounded nose grace their faces. Moose have a very slight hum around the shoulder area. The elk is somewhere in the middle in regards to their size.

The average elk stands four to five feet tall. They can weigh anything from 700 to 900 pounds. The fur of the elk is light brown on females and tannish on males.

Elk have a pointy nose attached to a cone-shaped snout. They also have a shaggy tuft of fur around their neck that is often a darker color than the rest of their fur.

While these three may find themselves sharing the same areas, each species prefers a different environment. Deer are found in most places and they love grassy meadows where it is easy to hide. These animals are the only ones that graze when they eat, so the tall grass allows them that advantage.

You will find these social creatures living in herds. Elk also prefer living in herds, but they prefer steep mountains with valleys. In the summer, they roam higher in the mountains and then descend into the valleys for protection in the winter.

They browse to eat. This means you will catch them nibbling on trees and bushes. Elk are the least picky eaters of these three and can often find something they are willing to eat.

Moose can’t digest grass but they are browsers like elk, so they find leaves and berries. They prefer colder environments and will spend summer months cooling off in the water. They prefer being able to live near rivers, streams, and lakes with willows.

The moose is an excellent swimmer and loves to feed on aquatic plants it can find. Moose live alone and you won’t normally find them around others except during mating season. They can swim up to 6 miles per hour (faster than most grown men can paddle) and regularly swim ten miles at a time without tiring.

All three of these animals are agile. The moose is the slowest of the three, which is understandable for his size, and it isn’t known to jump over things. It can reach speeds of 35 MPH if necessary but prefers not to.

Elk can run up to 40 MPH and they are impressive jumpers. An elk can leap eight feet vertically! The deer is the fastest of the three, running up to 45 MPH on a regular basis.

See also  Where Do Porcupines Live and Sleep? What’s Their Habitat?

These smaller animals can leap over a ten-foot fence if it is in their way. 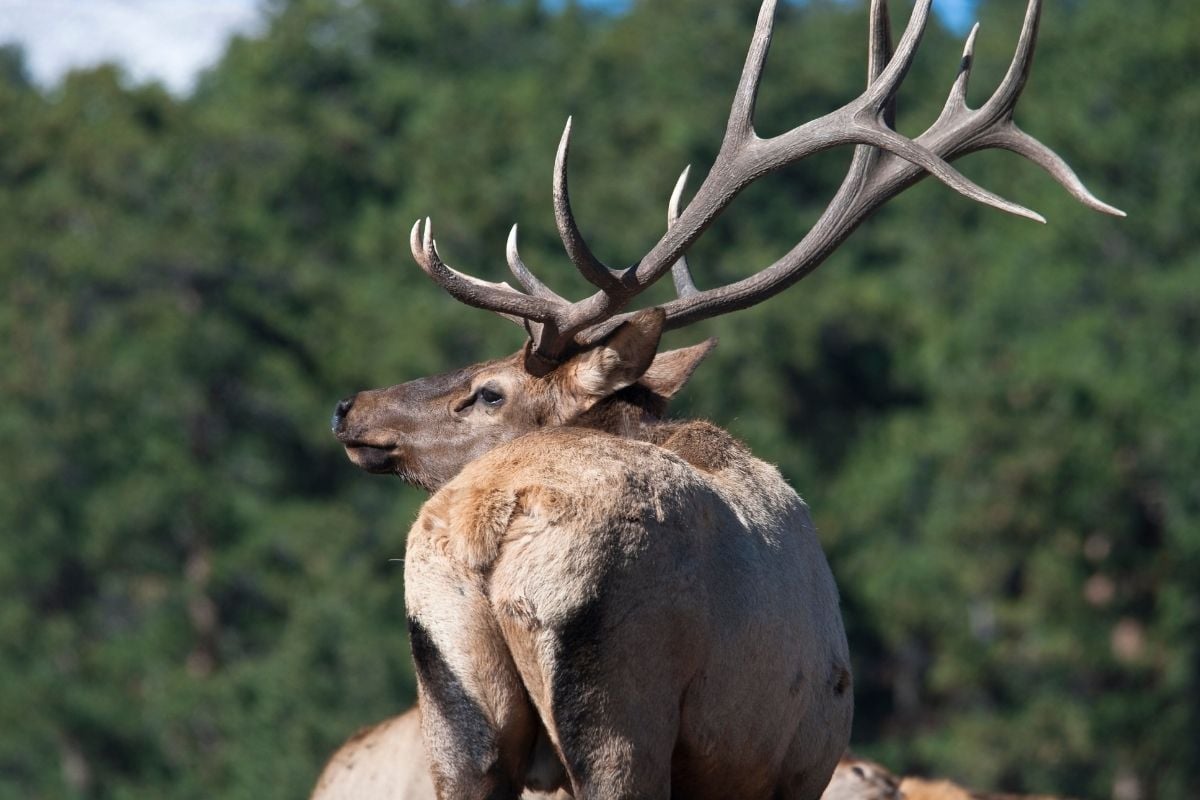 Antlers are where you see the most difference between these three animals. The males of all three species grow antlers that are covered in soft, velvety fur that is shed around mating time. Moose antler fur is often collected by some native tribes and used for medicinal purposes.

When antlers are shed in the autumn, they are often eaten by other animals because they contain beneficial minerals. Deer have thin, spindly antlers that grow many points. Their antlers grow upwards and branch off in many directions.

Elk also have antlers that start out growing from one main antler and then branch off. The main antler can grow as long as five feet tall, larger than the deer. The moose has the most impressive antlers.

These start out growing horizontally to form a table-like structure. From this base, many finger-like antlers emerge that grow upwards. When at their full size, these antlers measure 2-4 feet wide and 2-3 feet tall. One antler can weigh as much as forty pounds.

So much alike, yet so different, these beautiful creatures are a wonder to see. Now you will be able to know exactly what you are looking at should you come across a deer, elk, or moose.