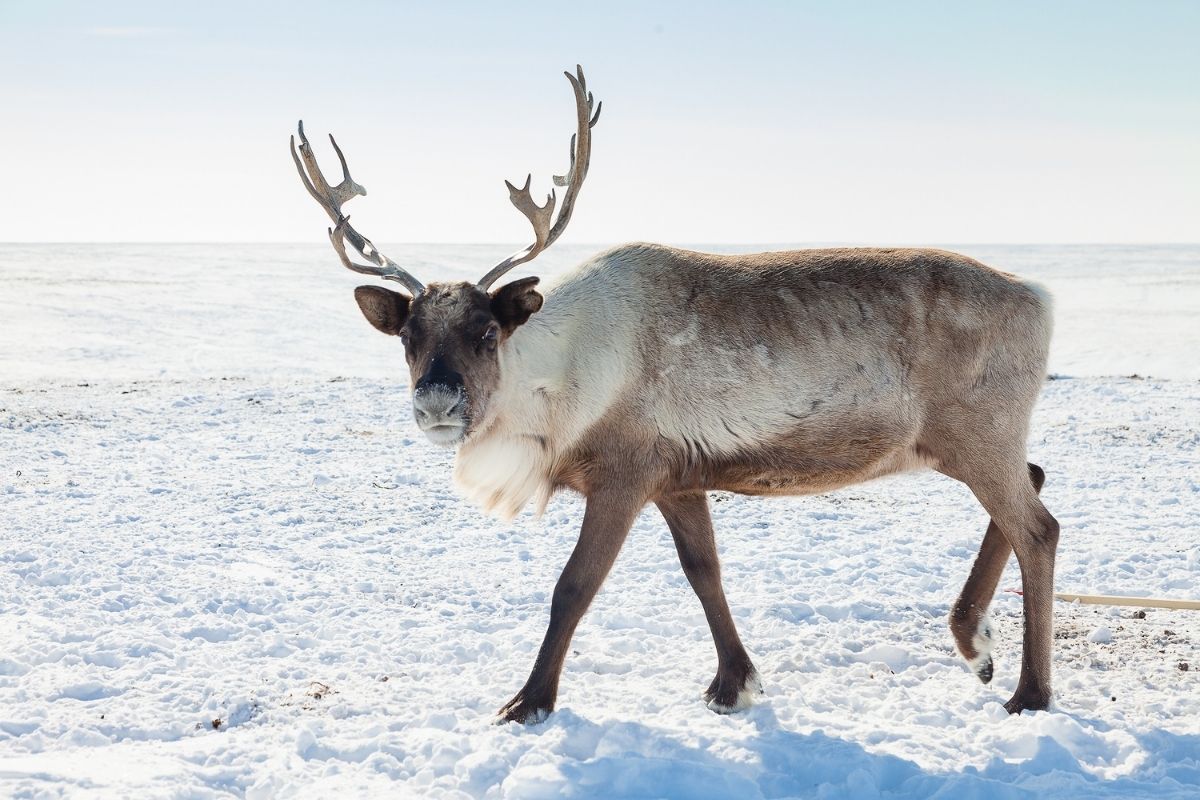 There are many animals that have antlers and most people don’t know this because they only think of deer when they hear the word antlers. Antlers are bones that develop and grow on the heads of male animals in certain species, such as moose, caribou, elk, and deer. In this article, we’ll break down what antlers are, how they are used in nature, and we’ll talk about some of the other animals that have antlers as well.

Contents show
What Are Antlers?
The Main Parts of an Antler
How Fast Do Antlers Grow?
What Happens to Antlers After They Are Shed?
Difference Between Horns and Antlers
Other Animals with Antlers
Elk
Caribou
Moose
Final Thoughts

While most people are familiar with deer antlers, few know what they are. The horn-like appendages attached to a male deer’s head serve several purposes: one, to protect males from predators during their vulnerable adolescence; two, to attract females and intimidate other males. While most animal horns contain hair on at least some of their surface, antlers contain no hair whatsoever; they are wholly composed of bone.

You will find antlers only on the heads of members of the Cervidae family. Most male deer lose their antlers each year between late winter and early spring—often just after mating season—and then regrow them during the summer months.

The Main Parts of an Antler

There are six parts of an antler: pedicle, beam, tine, brow tine, point, and palm.

How Fast Do Antlers Grow? 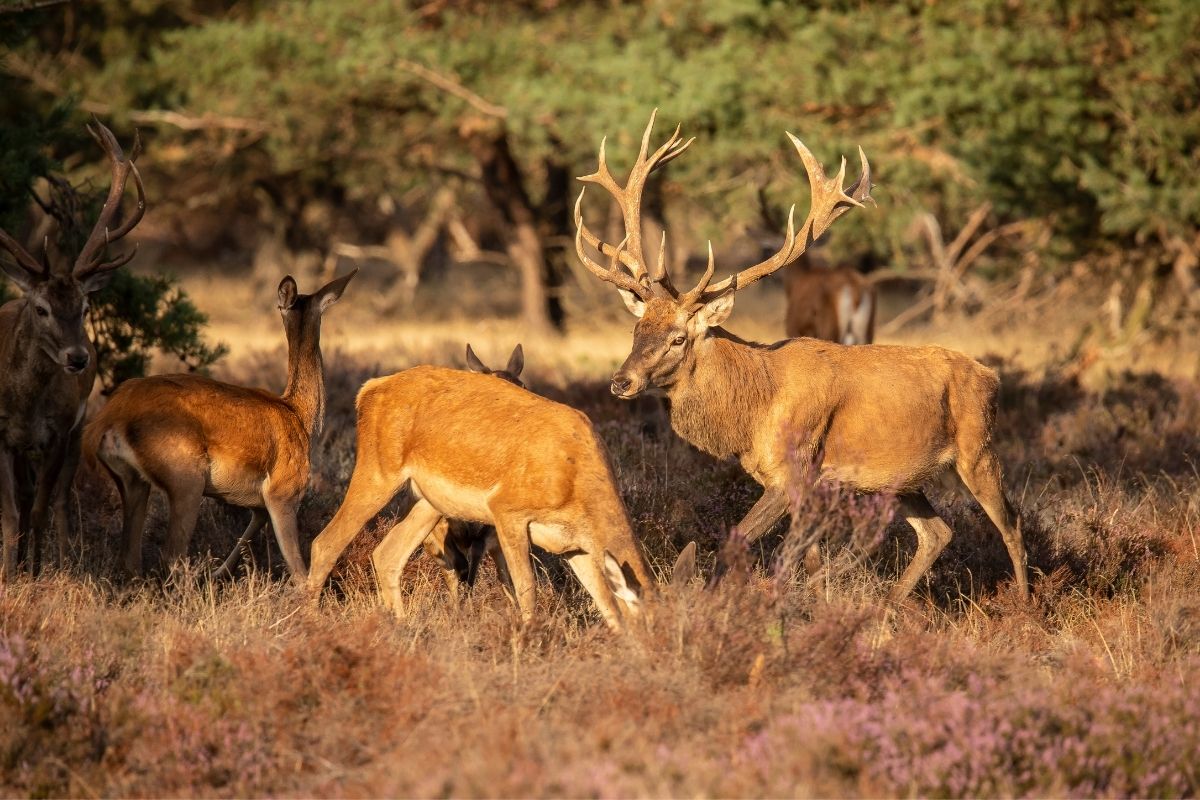 A single buck will only have one set of antlers per year. A white-tailed deer will start growing a new set in spring when it sheds its velvet and from there each antler grows at about a quarter-inch per day for up to nine months. Some elk can grow up to an inch per day!

This means that an eight-point buck with very large antlers can grow them to over four feet long in less than a year. And because of their unique shape, which is determined by genetics, every pair of antlers is different. This means that no two sets are alike!

What Happens to Antlers After They Are Shed?

The antlers are shed every year, along with the rest of the deer’s winter coat. However, other animals like foxes will chew off and eat the soft inner layer of the antler. Lots of animals know that shed deer antlers contain lots of nutrition.

Some just enjoy a tasty snack while others find it to be an important part of their diet.

Difference Between Horns and Antlers 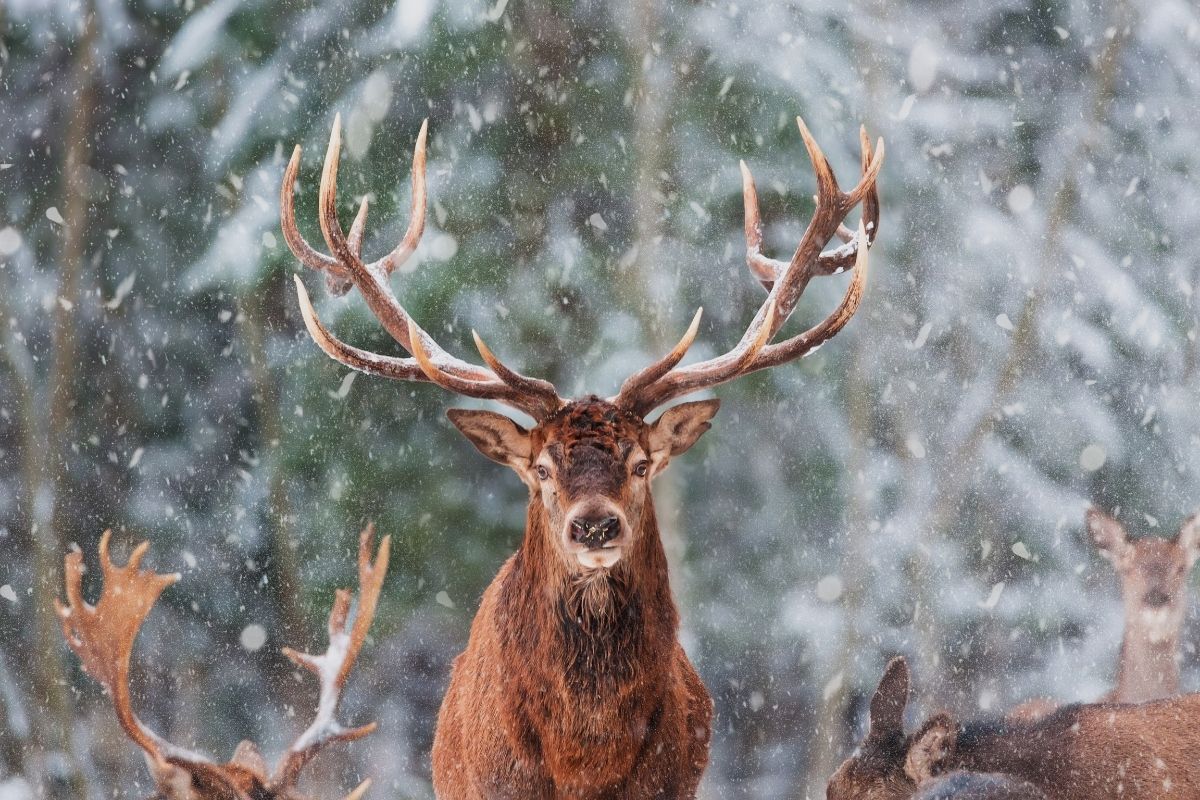 While you’re learning what animals have antlers, you may be asking yourself what’s the difference between horns and antlers? Well, they are similar in that they both consist of bone covered with keratin. However, unlike horns that grow from bone that extends from an animal’s skull, antlers are actually just modified hair cells (the same type of cell used to make fingernails) and covered by an epidermis-like tissue called velvet.

This means that they can fall off and regrow each year. They also aren’t attached to a permanent bony structure like horns are.

Other Animals with Antlers

While deer are commonly known to have antlers, there are actually several other animals that have them as well. Elk, caribou, and moose also have antlers. In fact, all members of the deer family can grow them. 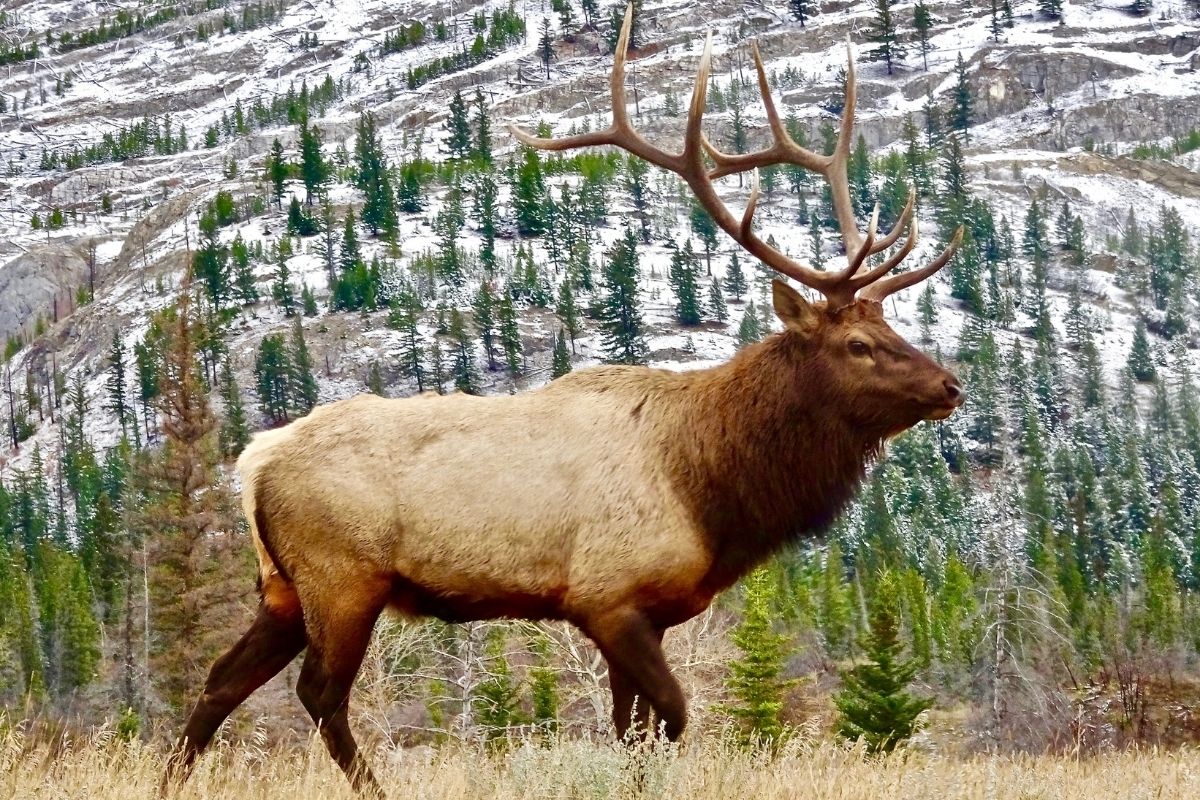 For centuries, elk were considered a type of deer because they are very similar in appearance. In fact, during early explorations of North America, European explorers identified a number of animal species that seemed to match known animals in their homeland. However, when these animals didn’t match with any known species on earth at that time, scientists began describing and naming them as different from what was considered deer.

Elk is one such animal. As adults, elk have large antlers which can span more than seven feet (213 cm) from tip to tip. Irish Elk have been known to have antlers that span up to 12 feet!

These magnificent rackets have inspired many hunters to pursue them for sport and their meat has been widely hunted and enjoyed by people around the world for hundreds of years.

Though deer and caribou are often compared, as both are hoofed mammals with antlers on their heads, that’s about where their similarities end. Caribou have much larger bodies than deer, with thick woolly coats to help them cope with temperatures in their arctic habitat. Caribou may also have beards or wattles.

In many ways, they’re more similar to musk oxen than to other deer species. Their antlers also don’t shed every year, like some other members of the cervid family. 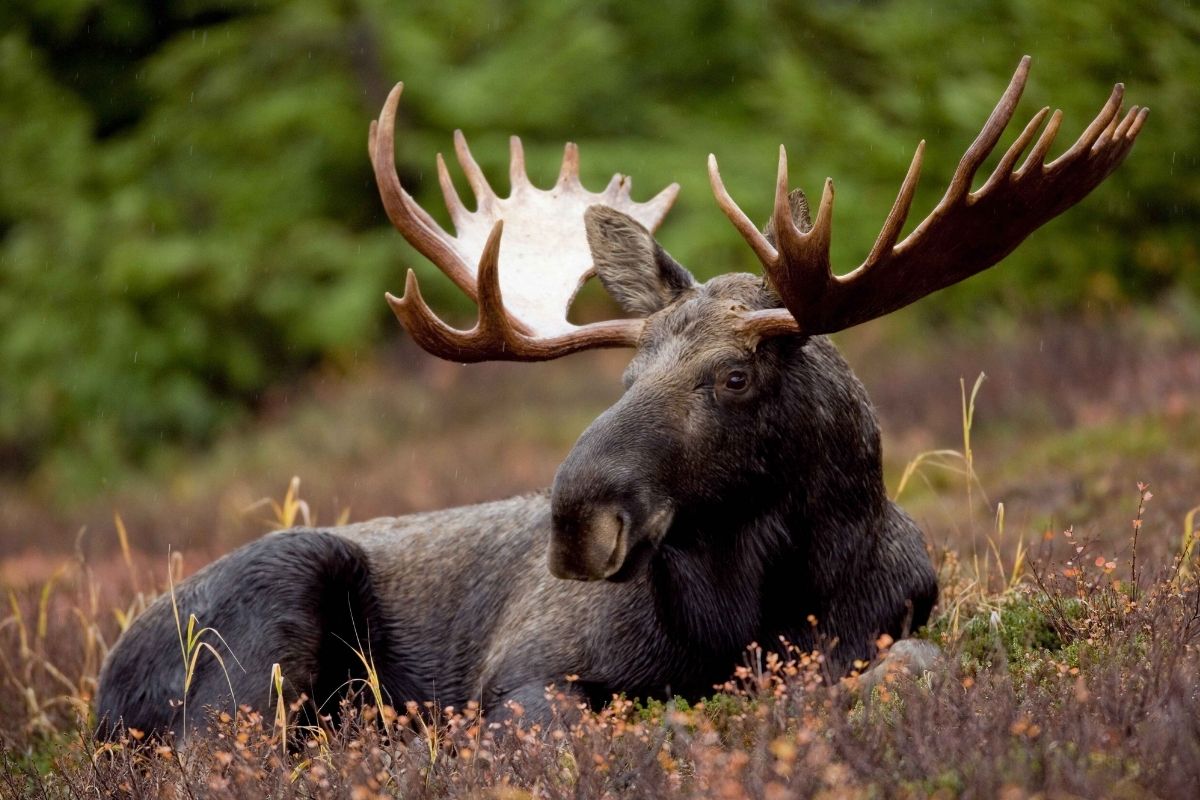 Male moose shed their antlers each year, after which they are known as cows until mating season. Female moose do not grow antlers. Baby moose (called calves) live with their mothers for about one year before becoming independent.

Although it is not often seen, male moose do engage in aggressive behavior when competing for mates. Their fighting style involves pounding on each other with their antlers. Fighting males become so involved in defeating one another that they sometimes get locked together head-to-head and must be separated by onlookers.

Antlers can be found on many different animals in the animal kingdom! The most common are deer and elk, but you may have been surprised to learn that animals like caribou and moose also have them.