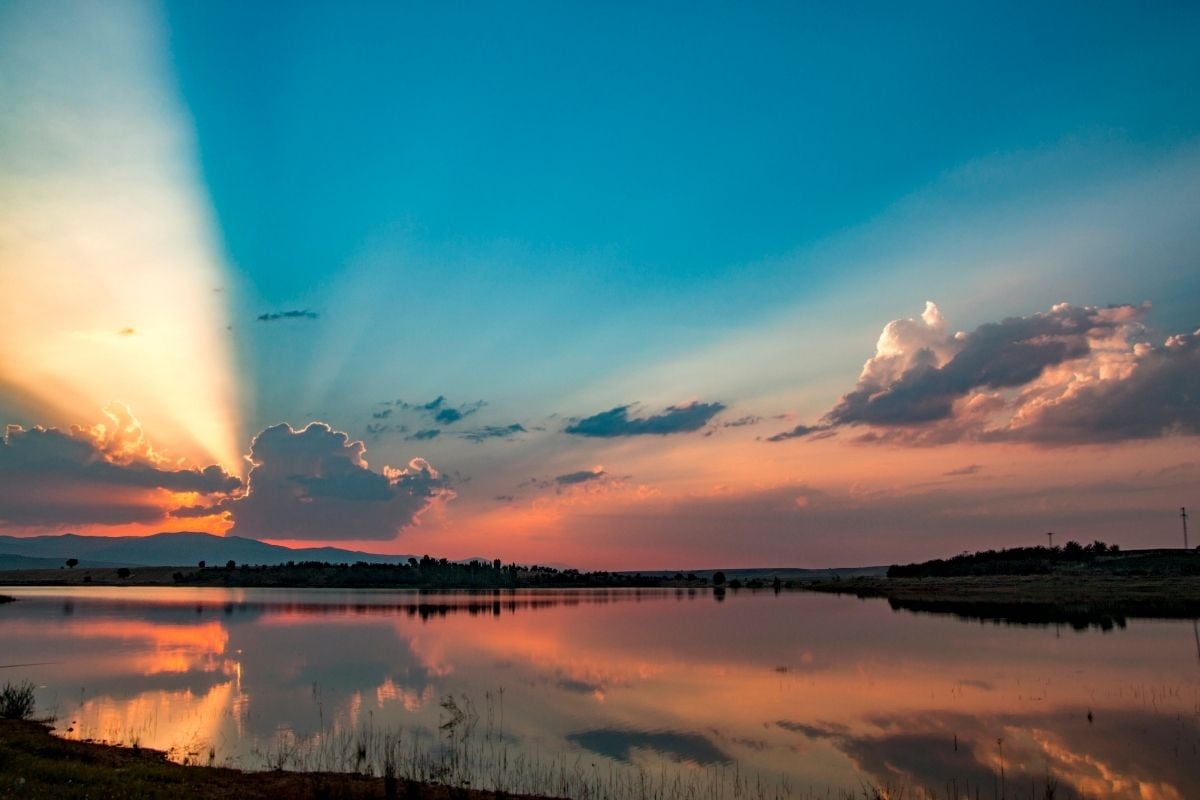 Nature is full of cycles of all kinds. All parts of nature, big and small, participate in some gradual process of change or renewal, and lake ecosystems are no exception. You may have heard of the water cycle, the rock cycle, or the nitrogen cycle, but there’s another cycle that you may not have heard of: the lake turnover cycle.

As cycles in nature go, it’s relatively unknown—or at least I can’t remember learning about it in middle school science class when I learned about all the other cycles—but it’s just as interesting as the rest.

What Is Lake Turnover? 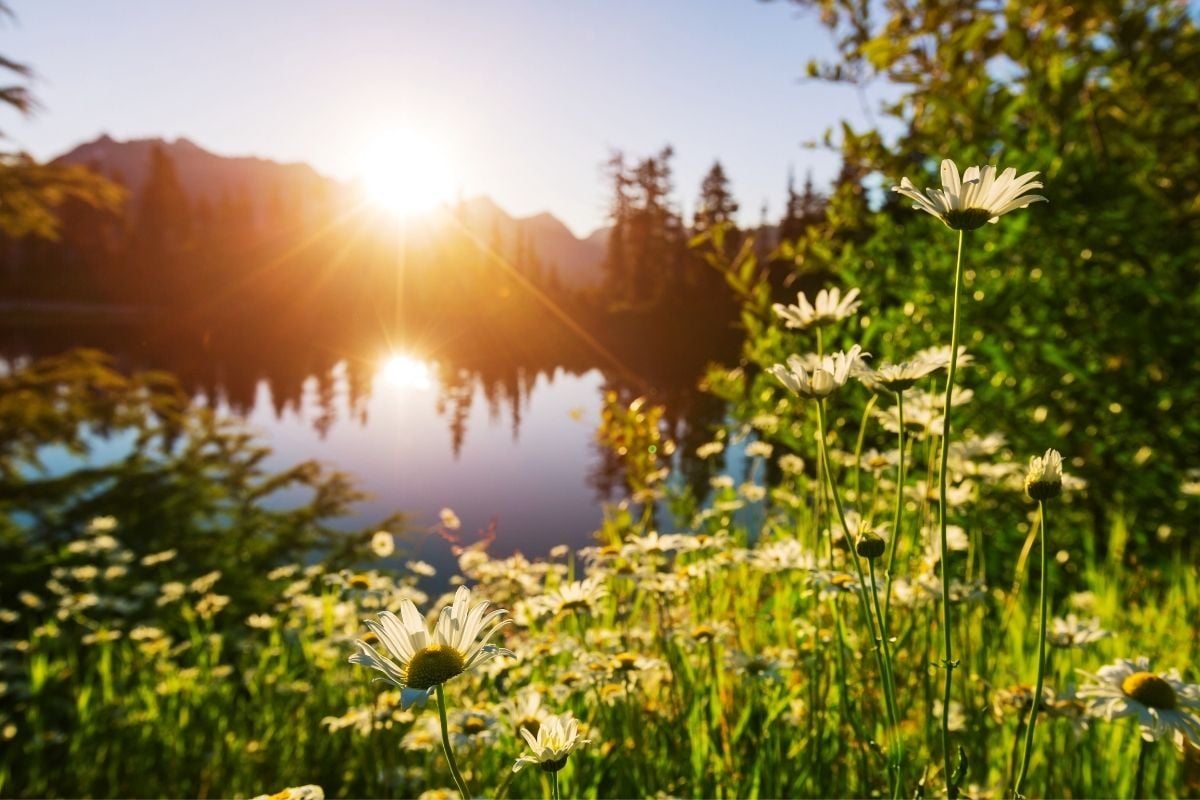 Twice per year, temperature changes cause the top and bottom layers of water in lakes to cycle up and down and trade places, or “turn over.” This typically begins to happen at 50° to 55° Fahrenheit, and it can only happen in lakes with enough depth for the layers of water in them to stratify into different temperature zones. In other words, shallow, small lakes are too tiny for this to happen—the kiddie pool in your backyard won’t be showing signs of lake turnover. 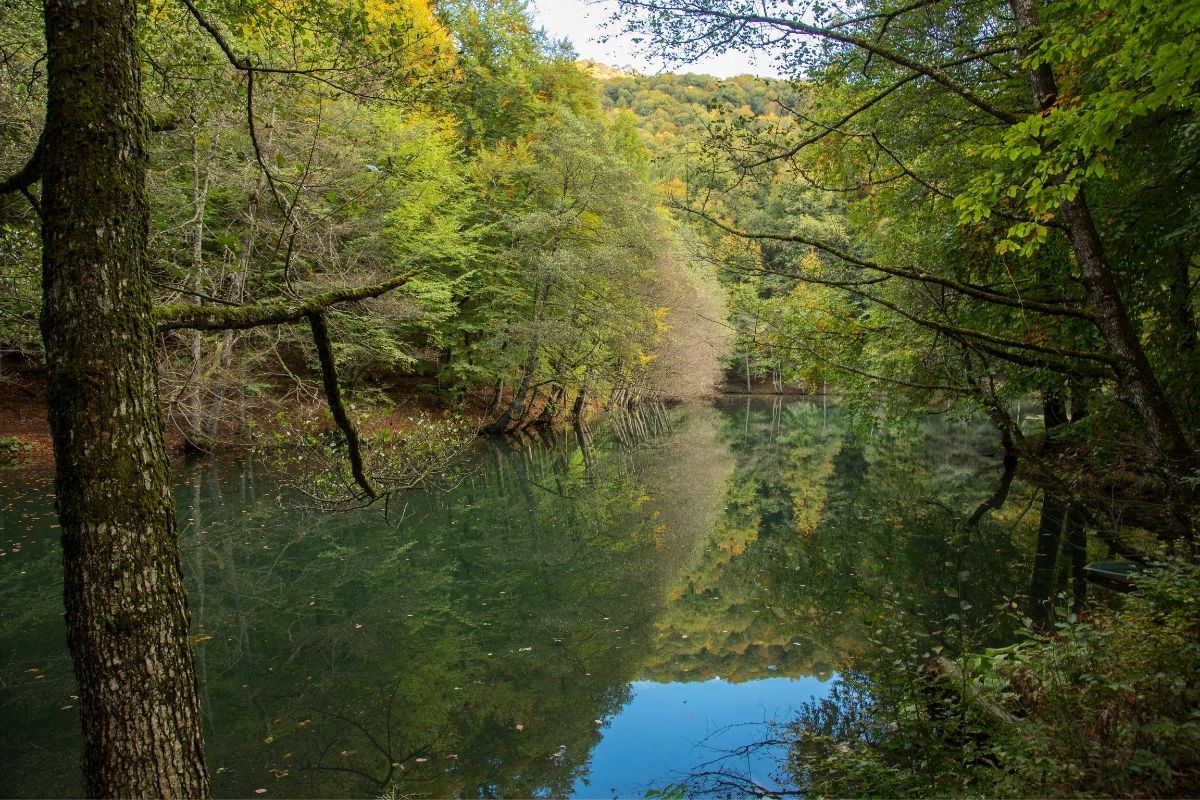 See also  Why are there No Trees in Qatar?

This process has everything to do with the relationship between temperature and density of water, and how that relationship makes water form separate, unmixing layers. Water is generally denser the colder it is, except for ice, which is somehow less dense than liquid water (go figure) and water colder than 39° Fahrenheit (again: go figure).

At any rate, water gets denser as it approaches 39° Fahrenheit, which is the temperature where water is at its most dense. As water cools further than 39° Fahrenheit, it becomes less dense. This fact will come into play when we look at spring turnover, the stage of lake turnover that’s slightly harder to comprehend, for me anyway. 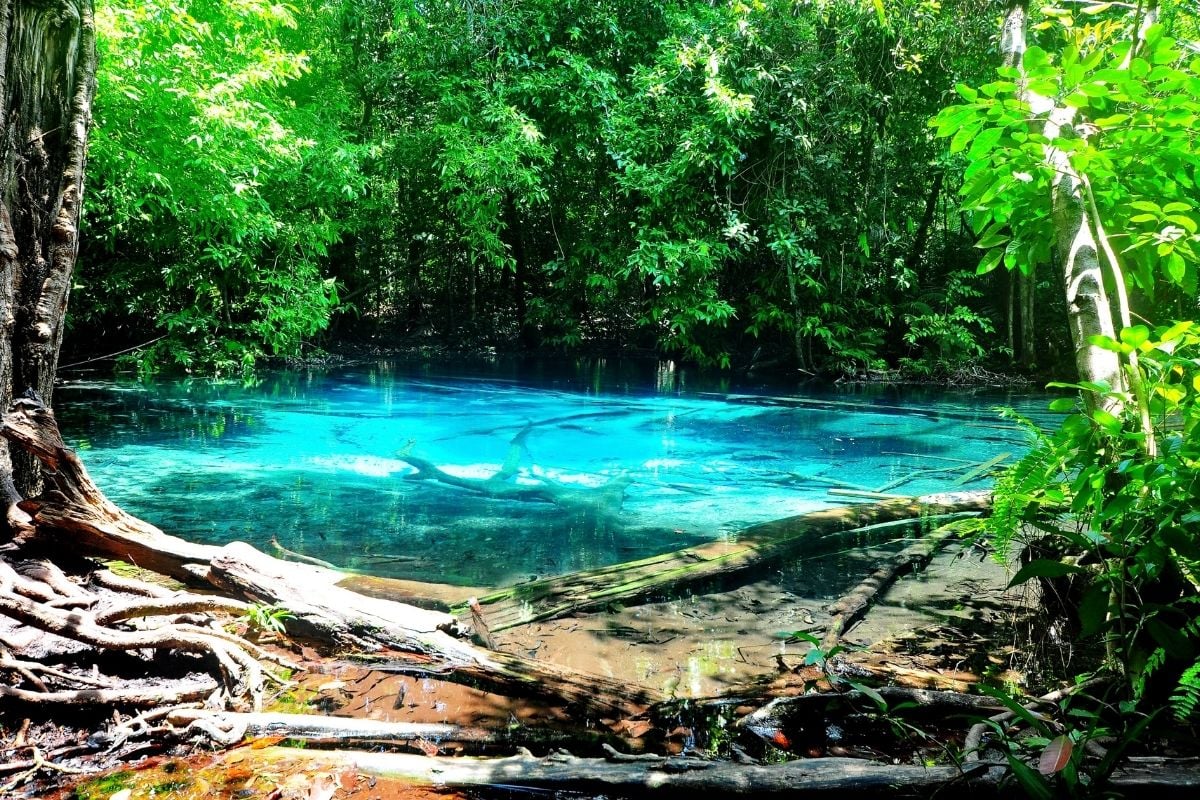 Imagine a lake in mid-March or early April that’s just been through a harsh winter, covered in a layer of ice that is slowly melting.

The constant exposure to the cold has made it stratify into layers with different temperatures: it’s got a murky bottom layer that’s as dense as can be at 39°, a middle layer that’s even colder than 39° and therefore less dense, and a near-frozen top layer up against the sheet of ice which is so cold that it’s the least dense of all the layers. I’m used to cold things being denser than hot things, but I guess science is counterintuitive sometimes.

Anyway, our lake is now slowly but surely getting hotter as summer approaches, and the ice layer on top has been reduced to a few floating chunks. The top layer of water, no longer as cold and thin as it was, is starting to become denser as it comes back up from nearly 32° Fahrenheit, the freezing point of water, to 39°, the highest-density temperature of the water.

Soon enough, the stratified layers, which came to be because of the cold, are going to be disrupted because the lake is starting to reach a uniform temperature.

Now it’s late May, and the average temperature outside is warm enough—at least around 50° or 55°—that the layers have all started to reach 39° Fahrenheit or warmer. The water that was at the bottom now has no reason not to be swirled around by wind currents or other forces that penetrate from the top of the lake, and vice versa.

Think of it this way: the force that was forcing each layer of water to stay in place was that the number of water molecules that are squeezed into a given volume of lake water was far higher in some parts than others.

Now that force is gone, and there’s nothing making one part of the lake’s water move to the top or the bottom. The change in volume brought about by the temperature change also helps kickstart the movement and mixing of layers— which is known as spring lake turnover. 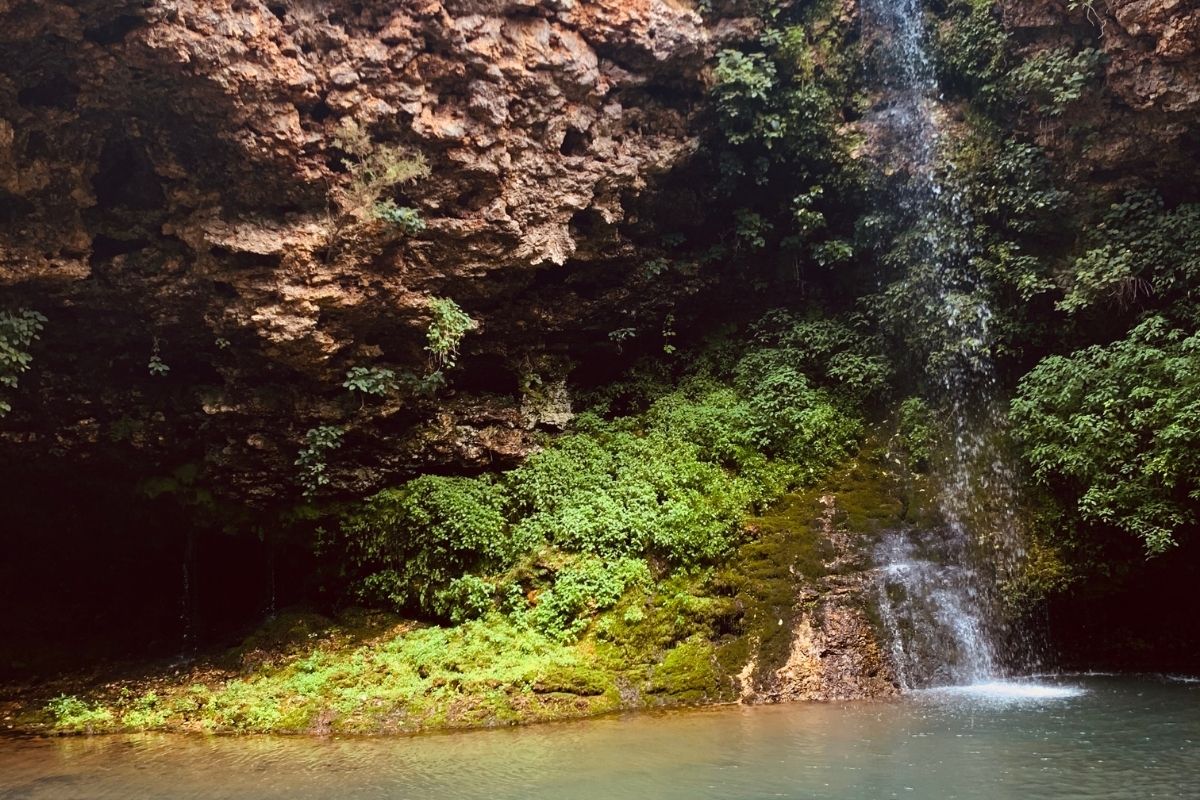 After the period of swirling and disruption that happens in spring, our lake will start to stratify again during the summer, this time in the opposite way according to temperature. The top layer is, of course, the least dense, the hottest, and the furthest away from 39° Fahrenheit. The middle layer is closer to 39°, and the bottom layer is the coldest, approaching 39° at its bottom.

Naturally, the lake is warmer overall in the summer, and the overall temperature difference in the lake is more pronounced because the summer heat greatly affects the top of the lake but can’t penetrate to the bottom so easily. Once we hit Fall, the top layer of water will begin to cool down, get closer to 39°, get denser, and eventually sink to the bottom of the lake. The turning point temperature-wise where the water gets cold enough to sink is again 50° to 55° Fahrenheit.

The cycle has completed itself, and the water that spent the summer taking in the sun now returns to the bottom. 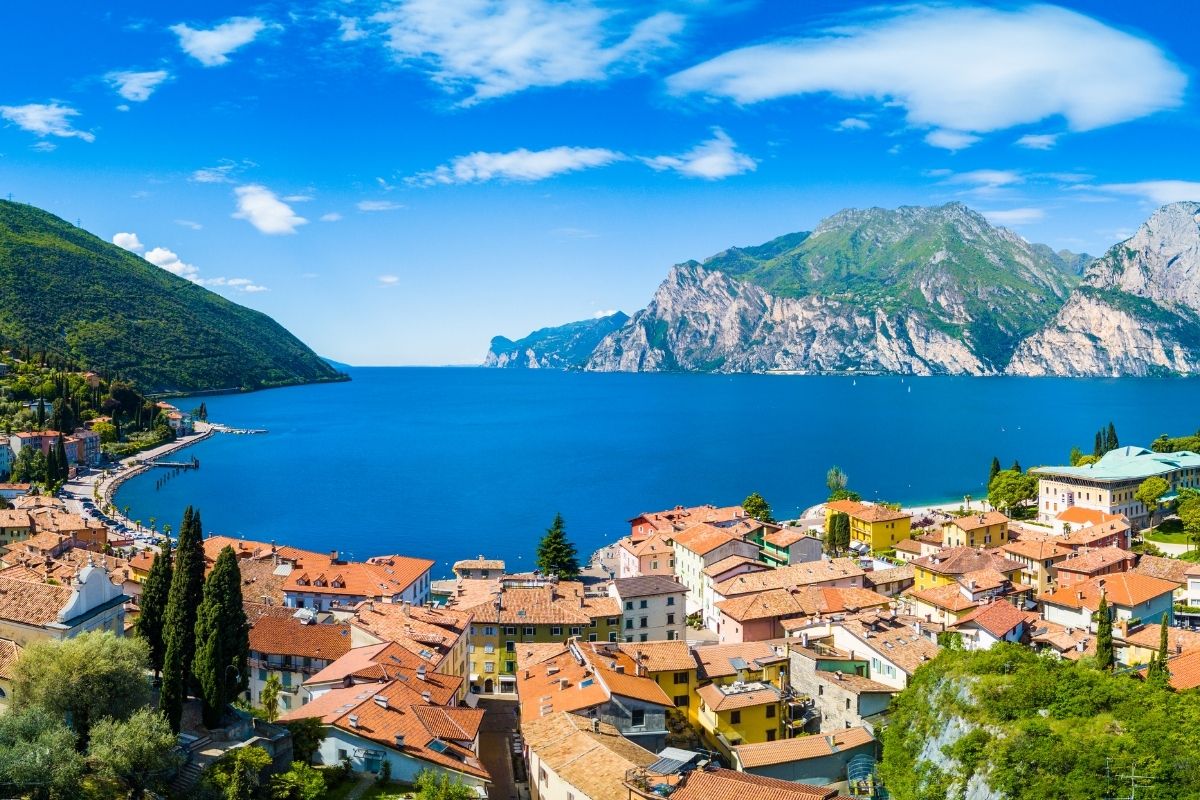 Lake turnover has the nasty but important habit of mixing up the contents of the whole lake, dredging up the decaying matter on the lake’s murky bottom, and expelling the foul-smelling gasses created by the decomposition.

An extreme case of this phenomenon can occur, called a limnic eruption, where the dead matter in the lake releases so much carbon dioxide that the resulting cloud of gas suffocates nearby oxygen-breathing creatures like humans and cattle—luckily an extremely rare occurrence. Water quality can also be a casualty of stirring up all of the odd detritus in a lake.

Lake turnover helps aerate the lake, which is beneficial for fish populations because it adds oxygen to the water, though it can kill fish in the short term because of abrupt changes in density and dissolved oxygen content. Turnover can also be troublesome for fishermen: when the different layers of density in the lake are in place, fish tend to congregate in a particular layer, but turnover makes the fish go wherever they please, spreading them out and making it harder to locate certain desired populations of fish.