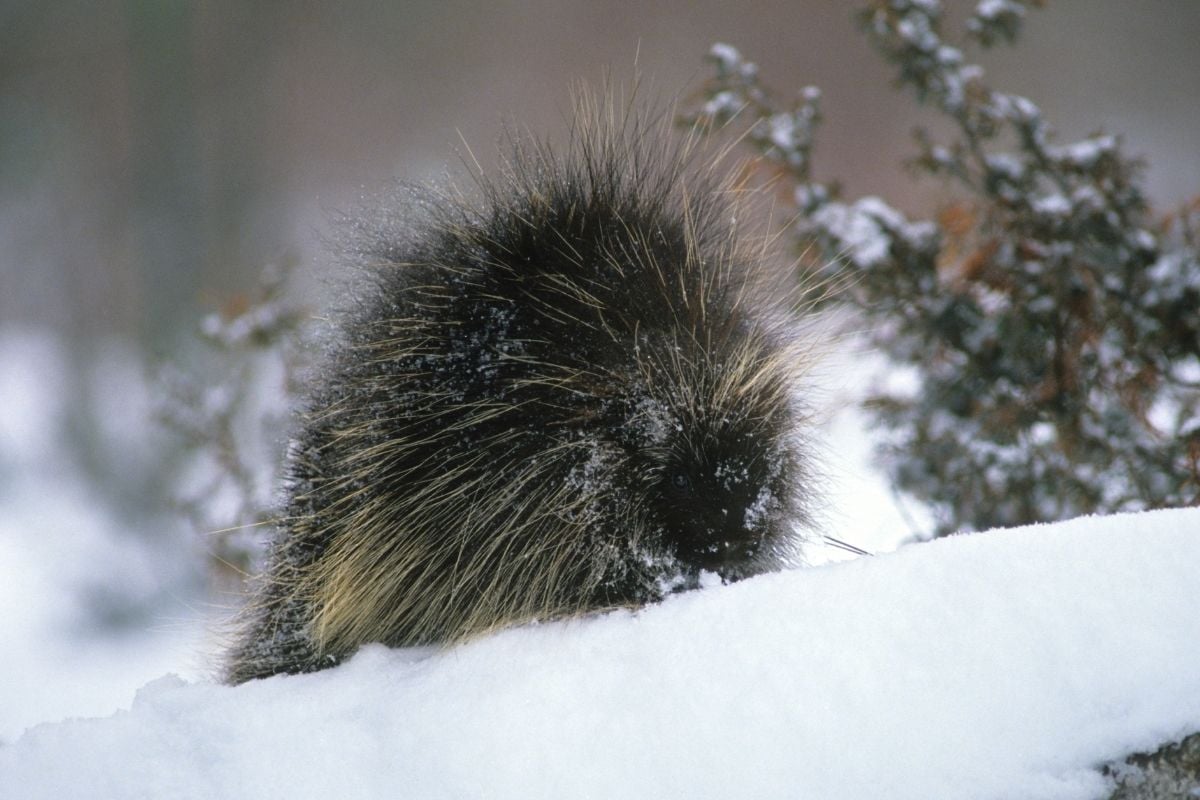 Porcupines don’t hibernate, so they need to prepare for cold months, especially since they can be found in places that get very cold in the winter, such as Alaska. They start the winter with as much as half their weight being fat. With the knowledge of the warmer places to bed down, help from a thick undercoat, and this added fat, they can get through most winter conditions.

These prickly little critters have developed a complete routine to keep themselves warm. Let’s take a look. 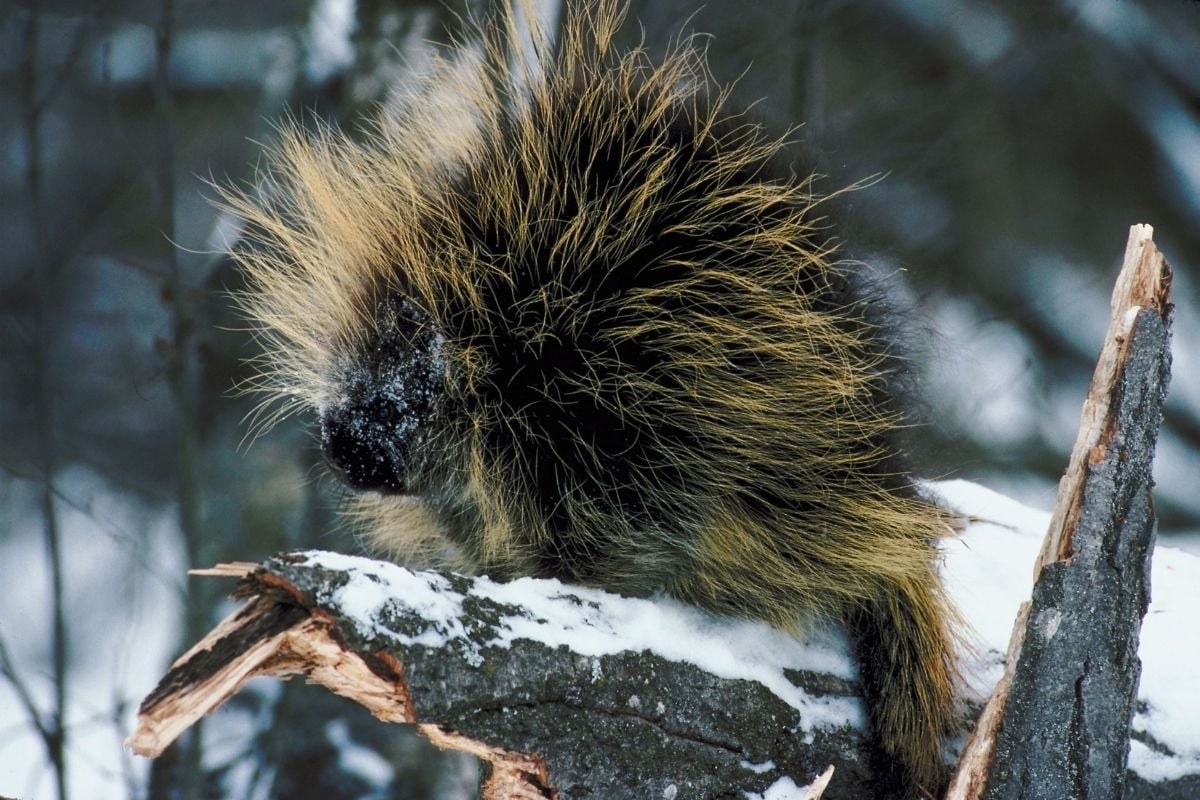 Biologist Jessy Coltrane spent time in Alaska studying the porcupines for a paper. She monitored several of these little creatures and made the discovery that at least fifty percent of the weight they carried going into winter was fat. Throughout the winter, they moved very little, reserving their energy and living off that stored fat when they were unable to get out to eat.

In order to reserve as much energy as possible, they moved very rarely and did sleep a lot. 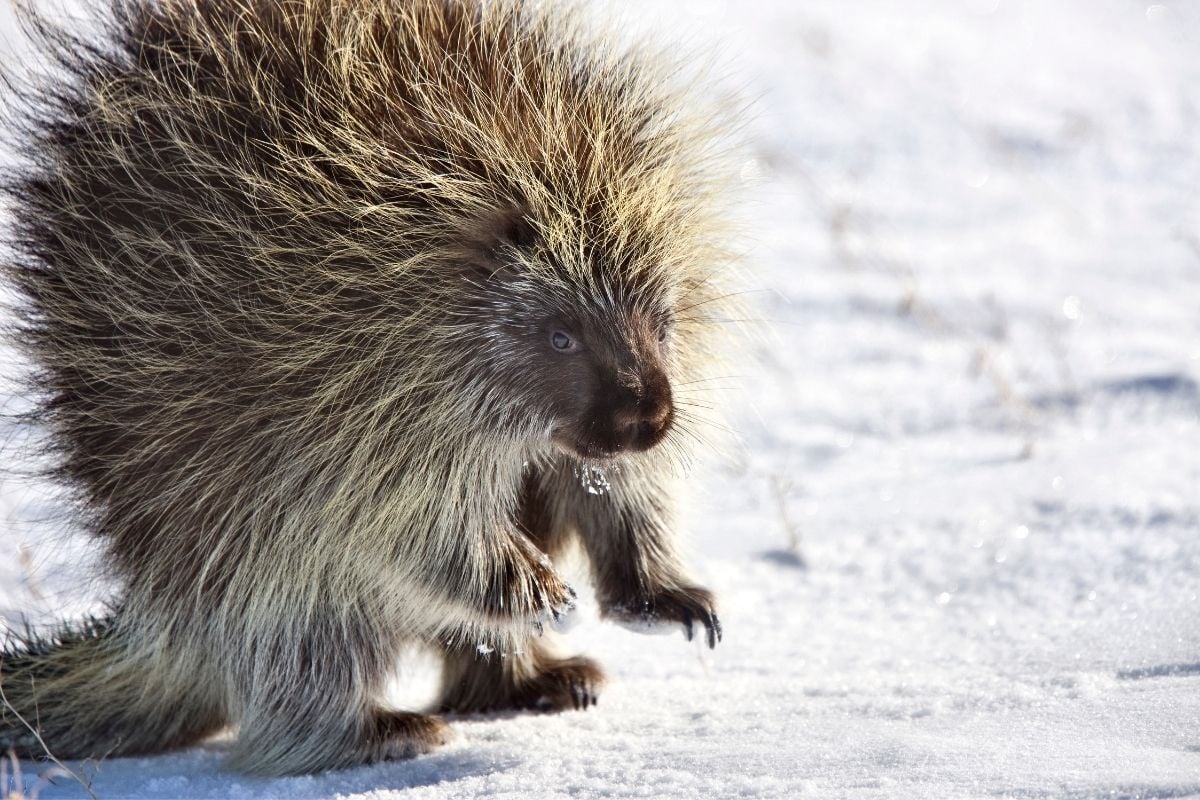 The coat is a porcupine and is multi-layered. It consists of a wooly undercoat that is made up of soft hairs. This coat is covered with coarse guard hairs that help protect the porcupine itself.

Then the areas of its back, tail, and sides are covered with quills, which are hollow, allowing for the air inside to be warmer from its body heat. Normally, the body temperature of a porcupine is that of humans, and scientists have discovered that both hot and cold temperatures don’t cause it to vary much because of this protection. In addition, many types of porcupines grow an additional layer of fur on the outside that looks like a wooly winter coat and adds protection from the cold.

Porcupines are very fond of living in trees but during the winter they seek out areas that can protect them from the wind, keeping them warmer. They have a preference for rocky ledges with crevices but will also utilize hollow trees or the deserted dens of beavers and other animals. For those who live further up a mountain, they may wander down into a valley for more protection.

They venture no more than 100 meters from wherever they are living. You can often find a well-worn trail that they lough out that leads from their den to a food source and they will often feed on the same tree over a long time. If it is raining or snowing, they will stay inside until the weather settles. 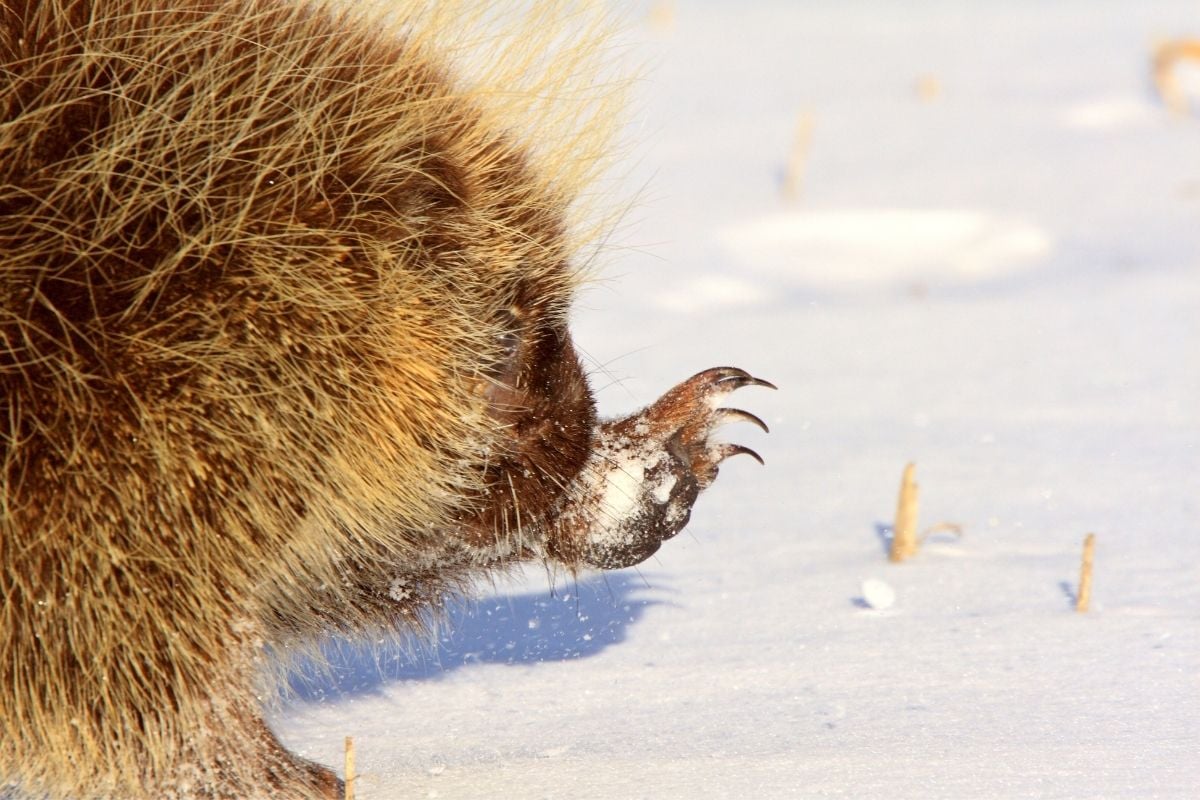 These prickly animals normally prefer their alone time unless mating. However, they do make exceptions in winter. If the weather is very cold, you can find groups of them sharing the same den and providing warmth for each other with shared body heat. This is especially true in areas that have nearby evergreen trees.

Pine needles are poisonous to most animals, but the porcupine is able to digest them with only a bit more energy. At a time when food is scarce, this makes for an ideal situation. Come spring, however, they will all go their separate ways and look for more appetizing food.

Speaking of food, porcupines normally crave salt and can’t normally find it in the things they eat on a regular basis. This means they will seek out salt. In the summer, they can find that salt in aquatic plants they are willing to swim out to.

In winter, that isn’t an option. For those who live near human developments, they may wander down and chew on items that may have traces of human sweat, such as boat oars and wooden rake handles. One thing they find very appealing is the wheels of motor vehicles and any other things that run on winter roads.

These things are great sources of the road salt that we put out to melt ice. More than one person has gone out and found that their car tires have been attacked by this docile animal that wouldn’t normally attack first.

Porcupines are one of the smaller animals we have the pleasure of sharing our world with. These fairly docile creatures are also smart and adaptable. If you should happen to be out and about on a winter’s day and see one, you will know how it manages to survive even the coldest weather.

Know that a porcupine won’t harm you if you leave it alone. Your tires, on the other hand, may not be so lucky!