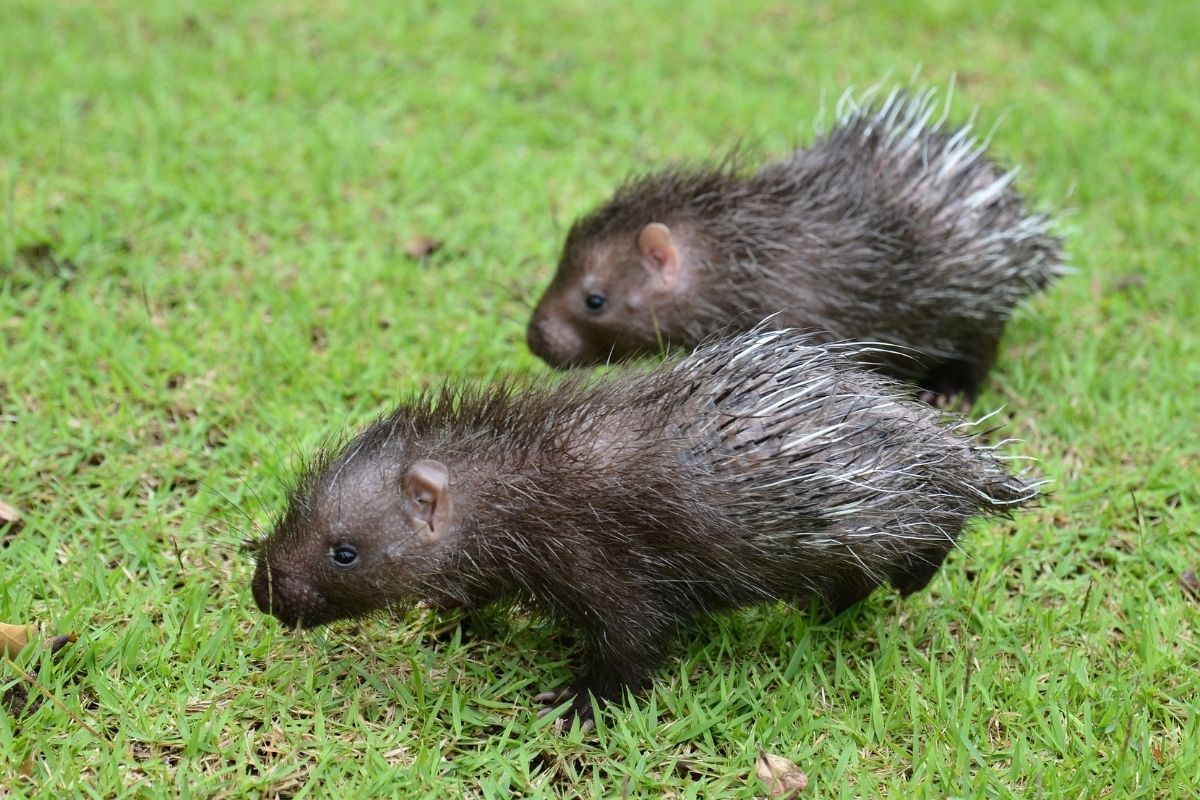 Porcupines are cute, prickly mammals that live in the desert, hills, and dense forests. They are very versatile, in that they can adapt to many different habitats. Because of this resilience, I became curious: how do porcupines care for their young?

Adapting to various surroundings by themselves is one thing; caring for and protecting their children in those differing environments is a whole other concern. The many methods porcupines have for taking care of their kids are interesting—here is a breakdown of some of them.

Contents show
How do Porcupines Feed Their Children?
Porcupine Parents and the Elements
Warding off Predators

How do Porcupines Feed Their Children? 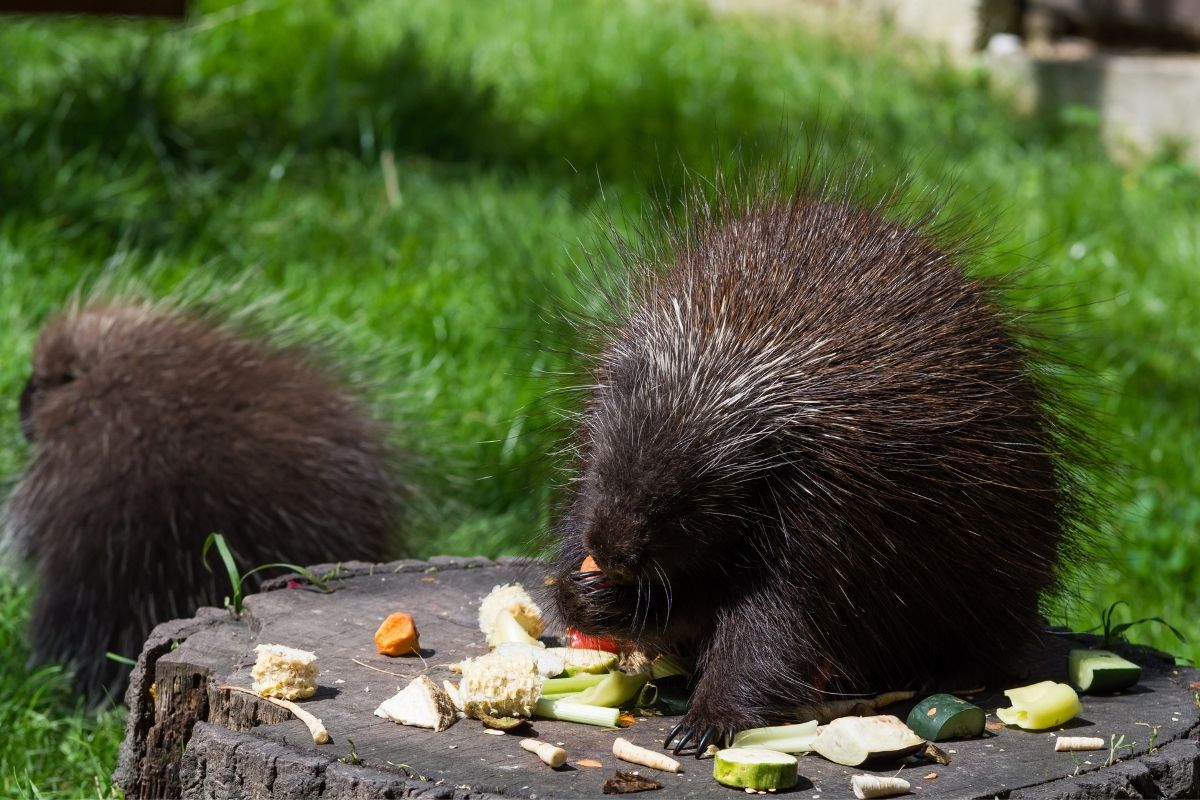 The diet of porcupines consists largely of veggies, fruits, and various herbs. Porcupines are primarily herbivores. A particularly fascinating aspect of porcupines is how they obtain food, and how they provide food for their children.

Their herbivorous diet is just as diverse as the locales they can be found in. This is also because their selection of foods changes with the seasons. One of the most common ways porcupines get food for their young is from trees.

The parent porcupines will lead their children to the base of a tree they want to get food from. For safety, the kids will stay huddled together at the bottom of the tree. Then, the parent or parents will begin their climb upward.

The kids will just have to wait patiently for their meal to arrive. Porcupines will eat tree bark and pine needles, which are a good source of sustenance in winter. They also eat grass on occasion.

Once the parent(s) are back from their trip up the tree, their young will have something tasty to snack on. While it is not the primary part of their diet, porcupines do eat meat. They do not prey on other animals to do this, however, and only eat meat when their options are very limited.

The only method of gathering meat is when they find animal remains. This makes this portion of their diet solely out of survival needs. Keeping the kids fed and happy is one aspect of care.

What about when they have to battle the elements?

Porcupine Parents and the Elements

As seasons change to colder climates, porcupines are surprisingly well-prepared. Each porcupine has two layers of fur. Combine this with their spikes, and they are able to efficiently self-insulate.

This makes their body temperature not drop as quickly. When it is particularly windy, however, porcupines will bring their young into “dens”. They aren’t fickle, either—porcupines frequent the same den or dens for long stretches of time.

This builds familiarity with their surroundings. It also means that they don’t have to travel very far, which they aren’t fond of doing, to begin with. The resilience of porcupines doesn’t stop at their craftiness in finding food and shelter, either.

If it’s time to fight back and protect their young, they are more than capable. 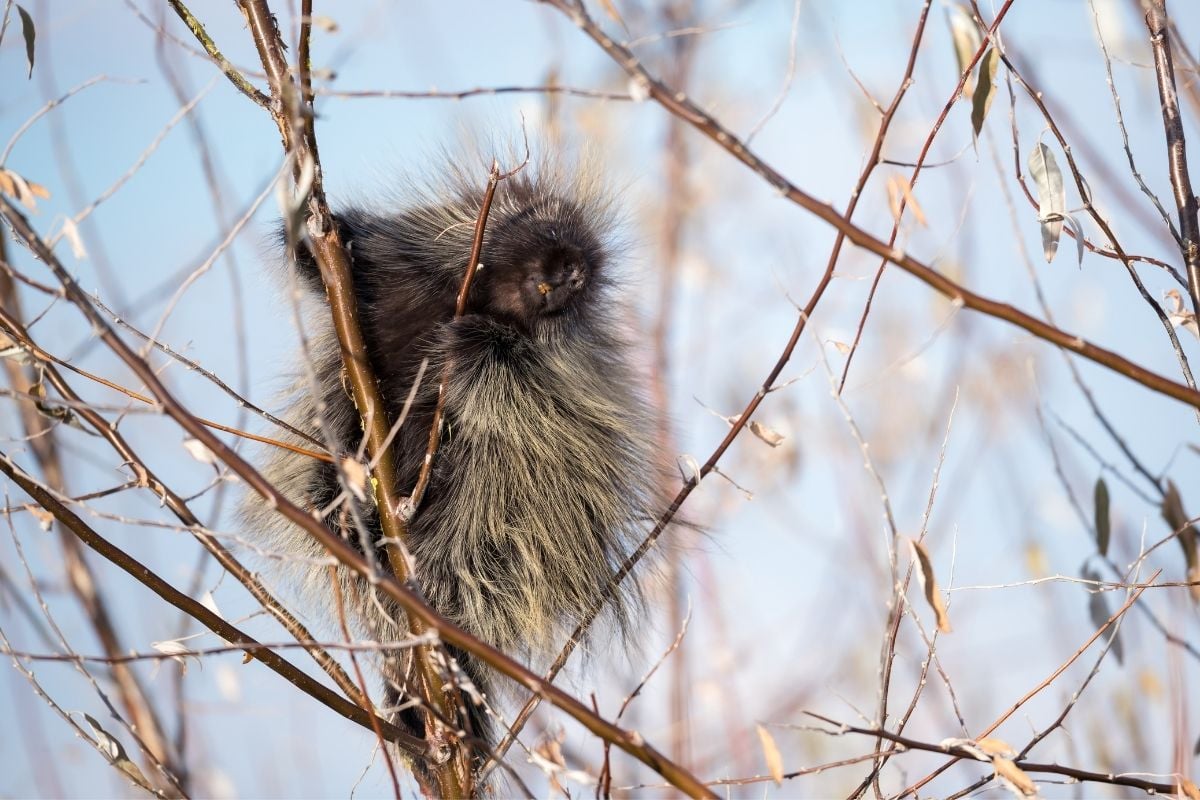 When it comes to being easy-going, porcupines are experts in the field. They are not aggressive and will leave you alone as long as you do the same. Nature brilliantly designed porcupines’ defenses, should the need arise.

This comes in the form of their quills. Even when provoked or threatened, porcupines will take many different measures before outright fighting. These are in the form of intimidation tactics against predators.

One such tactic is to openly spread out their quills as a threat. This makes their bodies puff out, making them appear much larger. They also chatter with their teeth and stomp their feet, in an attempt to deescalate the situation before it worsens.

Should predators call a porcupine’s bluff, then they will put those quills to good use. To protect their children and themselves, these quills are their last-resort defenses. Their sharpness makes them very effective.

When a predator goes in for the attack, that puts them in the perfect puncturing range. A porcupine can use these quills to dig into the predator. Once the quill pierces the attacker, the quill will begin to expand.

This is because the quills react to the predator’s body heat. Once that quill has dug in and expanded, it is very difficult to remove. One limitation of these quills is that they are not projectiles, despite popular belief.

While porcupines can’t fire the quills, they are still formidable by themselves. Hopefully, a porcupine won’t have to use them at all, but they are readily available should the need arise. What is your favorite fact about porcupines?