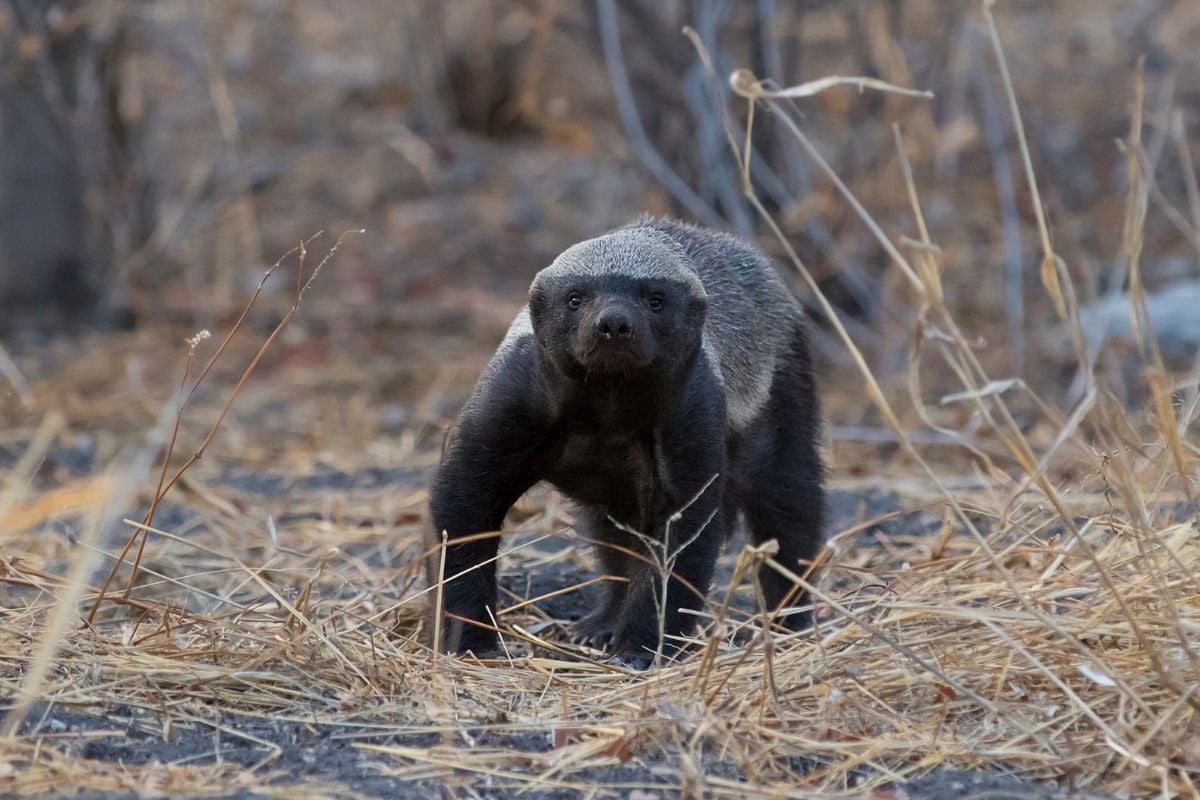 “Hey Mom, do you know what a honey badger is?”

I grunted in reply as I tried to squeeze into the closet to retrieve the hidden feather duster.  “They like to pick fights with everyone. Look, Mom!

They’re mean with super sharp teeth. Did you know they can break into a tortoiseshell?” My inquisitive yet slightly annoying ten-year-old son asked me on a typical sunny Saturday afternoon.

He’s got his laptop on with a YouTube video and all I hear is growling and hissing with an occasional roar from a lion. I dug into another part of the closet, hoping it would be behind the vacuum.  “Yup,” I answered him, giving up shortly after not finding the darn thing.

I looked at his laptop. It’s a honey badger confronting 3 lionesses in the dry African savanna. “You do? They play dirty.

They go for the balls when they fight. Like rip them off and wait for the other guy to bleed out. Look, they’re fighting a bunch of lions right now.

” My son pauses to gulp more air before continuing.   “Did you know that honey badgers are immune to venom?”  Like so many other kids his age, Dean is fascinated with zoology – the study of the animal classification, physiology, behavior, and structure of the animal kingdom.

“Why is that? How do they not get sick? Are they immune?”

Dean asked, not waiting for an answer. I had a feeling my Saturday cleaning would have to wait. With a mind like his, this was possibly the only time to take advantage of his curiosity.

It wouldn’t be long before he would think he was smarter than me and his dad.

See also  Why is a Bear Waving at Me?

“Well, I don’t know. We can look into researching this.” 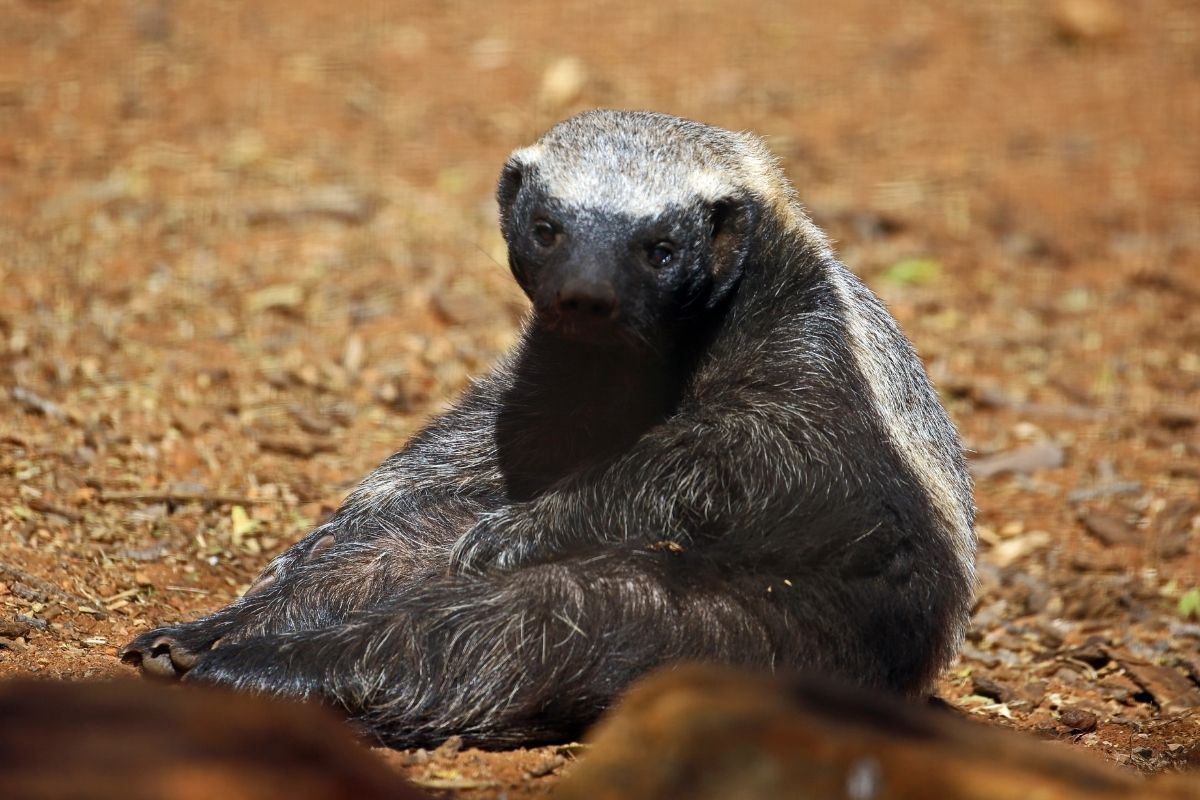 Honey badgers. The name implies something cute and cuddly. Except it isn’t.

These ferocious ratels are related to skunks, ferrets, and even otters. They’re mostly found in Africa, the Middle East, parts of India and Southwest Asia, with their habitat in grasslands, forests, mountains, and deserts. Black coarse hair with a white stripe running down from the top of its head to the end of its tail, honey badgers look very similar to their cousins, the skunks.

Their compact and powerful bodies are agile with strong legs and long claws for digging. They can also produce nasty stink bombs to deter predators, according to the San Diego Zoo Wildlife Explorers.  With glands at the base of their tail, honey badgers don’t spray like skunks. Rather, they release this stinky liquid to mark their territory or make a quick getaway – although they rarely go without a fight.

Their natural predators include crocodiles, leopards, lions, and pythons. Not much else. In fact, honey badgers have gone against hyenas and won’t back down from a fight.

They will even take on the pride of lions. It doesn’t mean they’ll win. It just shows that they’re fierce, a bit crazy, and will fight until the end when cornered.

“Doesn’t hurt to friend a honey badger, right?” I tell my son. Dean rolls his eyes.

“Oh, Mom, you try getting a honey badger for a pet. Let’s see how that goes.” According to National Geographic, their name honey comes from their sweet tooth, with their preference for honey and honeybee larvae.

Their intelligence has also been noted as they will follow honeyguide birds to find beehives and use tools to catch prey, as reported on TodayIFoundOut.com. Smart, fast and resourceful, honey badgers have a nasty temper. They’re quick to fight to the death, fearless of any animal bigger than themselves.

And their mating habits are your typical one-night stands. “Wham! Bam! Thank you, ma’am!”

That’s probably why they tend to live solitary lives most of the time. Female honey badgers give birth and raise their cub alone. Their gestation period is normally seven to ten weeks long.

The cub lives in a nursery chamber its mother has lined with grass, as reported by San Diego Zoo Wildlife Explorers. They reach adulthood at six months but will stay with their mother for two years. They’re mainly carnivorous, though they do get their veggies like berries, roots, and bulbs with their meat.

They also like to consume insects, birds, mammals, and amphibians. Honey badgers will eat everything including their prey’s bones, hair, feathers and all. Nothing goes to waste. Nature’s vacuum cleaner.

With their penchant for appetite for some squirrely critters like scorpions and snakes, honey badgers have had their share of nasty bites and stings, too. However, it doesn’t affect them at all. “But that doesn’t explain if they are immune to venom, Mom. Are they?”

Diving deeper into the research, my son and I learned that their double-coated rubbery skin is about a quarter-inch thick, similar to the thickness of rhinos, elephants’ tough exterior. This makes arrows, spears, and porcupine quills impossible to penetrate. In fact, their skin is so impenetrable that it can take on a full blow of a machete.

It wouldn’t faze the honey badger one bit.

That also means it makes it harder for predators to bite into the honey badger. 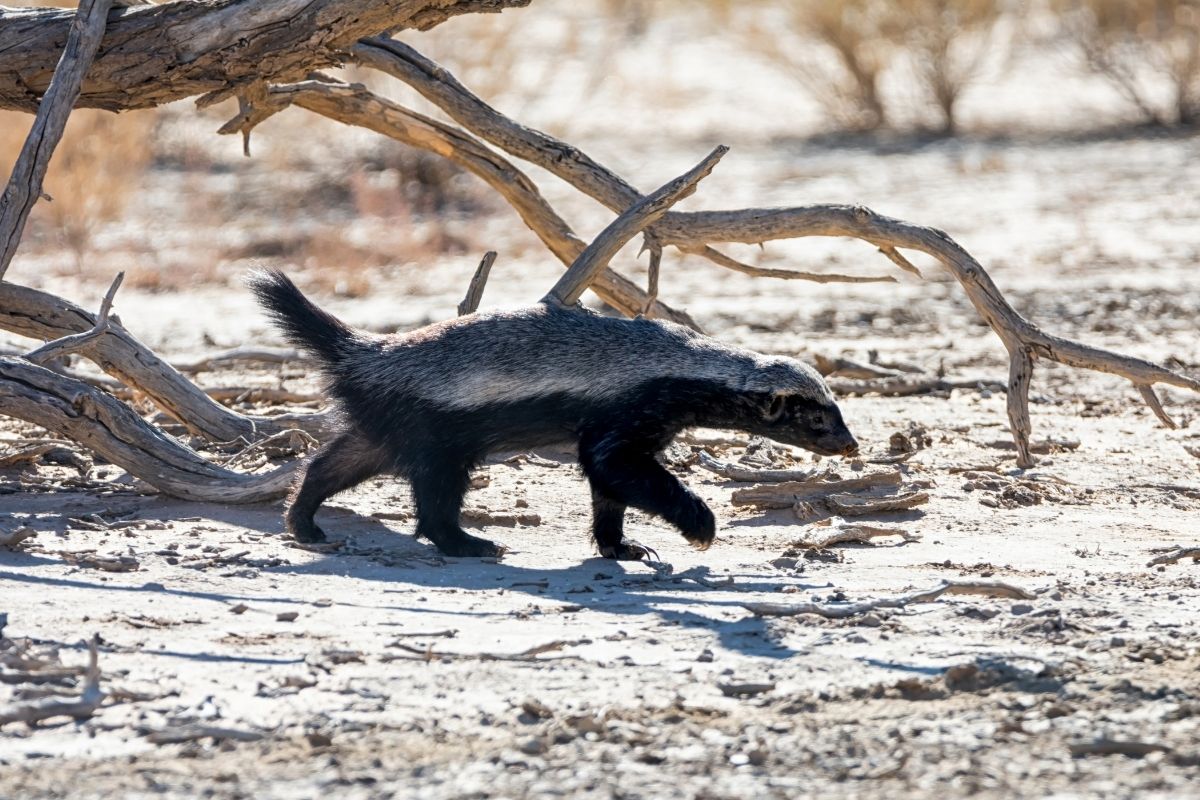 As reported by Snake-Facts.weebly.com, a venomous snake like the gaboon viper – which is also native to Africa – has a snakebite depth of 2 inches deep. This should be enough to pierce through a honey badger’s skin but because of its predator’s ninja-like moves, it’s a challenge to win against the badger if your only offense is a pair of fangs. “Mom, that still doesn’t answer the question,” Dean insisted.

“Its head is still vulnerable if it can be killed by crushing its head or gunshot to the head, right? That would mean snakes can still get to it, right?”  He’s right, of course.

That’s what I get for having such a smart kid.

Come to find out, it’s all in the diet.

Because having cobras and scorpions for breakfast is no big deal. Honey badgers have created a tolerance to venom for thousands of years. They eat this stuff like it’s nothing, as confirmed by Facts.net.

In fact, the reason why the ratels prefer these slithery serpents is that they are an excellent source of protein. Honey badgers can also outrun a snake any day over any other four-legged prey that can fight back. Plus, it’s only one end that honey badgers have to worry about when it comes to overcoming the snake.

Also, it’s evolutionary. Honey badgers have a slight edge at the molecular level, according to Slate Magazine. A snake’s venom has alpha-neurotoxins that paralyze a victim’s respiratory system.

Scientists have discovered through a honey badger’s DNA, that there have been mutations in its genes to adapt to these toxins, similar to mongooses, hedgehogs and opossums that are also resistant to venom.

However, this also levels up the snake’s game, creating more potent venom as its defense mechanism against its predators. This cat and mouse game will always have snakes and honey badgers trying to one up on each other well into the next century.

“What does that mean, Mom? Does this mean honey badgers can withstand venom?” my son queried innocently.

I smiled. “From what this reads, yes. Honey badgers, if they are injected with venom from a snake’s bite, it doesn’t bother them one bit.”

It doesn’t mean the honey badger is invincible. But it’s pretty darn close.  Dean pulls out a notebook and starts writing.

“I’m gonna write this report to share with my class. I’m gonna be the smartest kid. Amelia will be so impressed. Thanks Mom!”

I smile. Not a bad way to spend a Saturday afternoon.