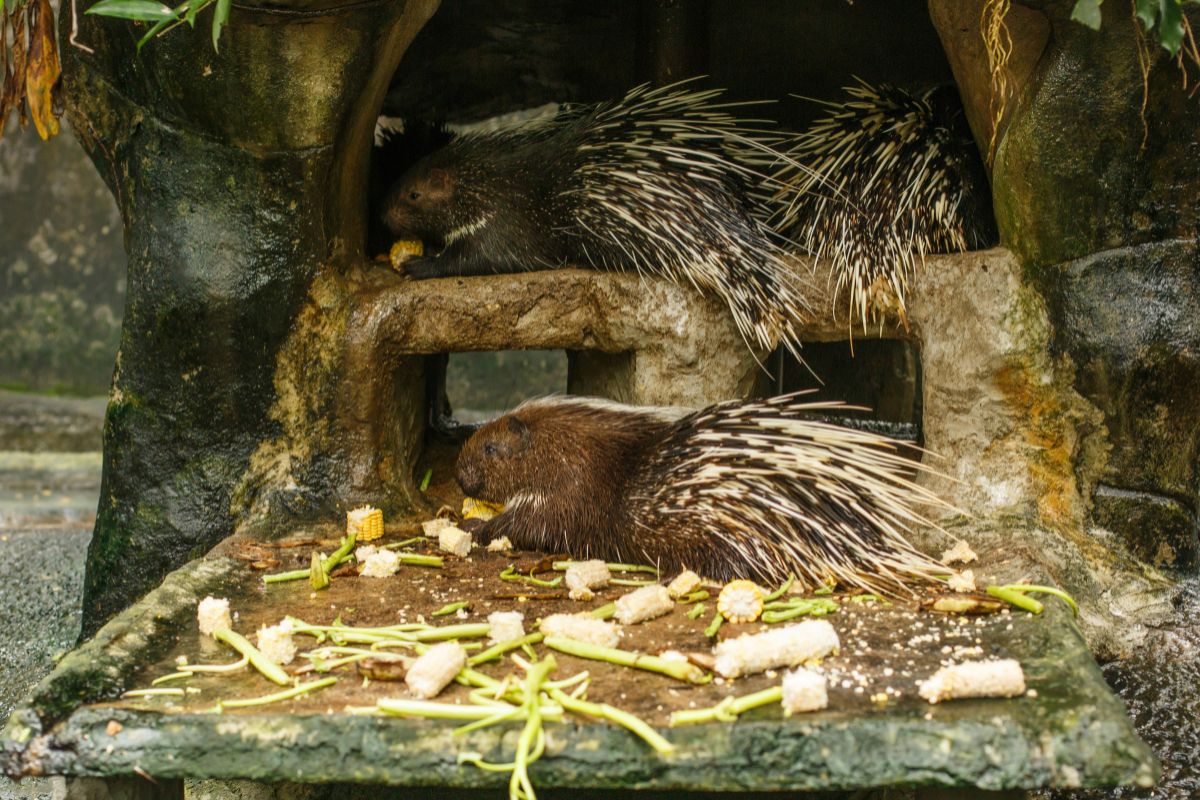 Tell Me About the Porcupine

Porcupines are large rodents covered with over thirty thousand prickly quills. The stiff quills cover their bodies everywhere except their soft fur-covered stomachs. The fur is brown, yellow to black.

They are the second-largest rodent globally, second to the capybara, which is almost double their weight. The average porcupine weighs only about 20 pounds, and their length is about twenty-five to thirty-six inches full-grown. Though the African crested porcupine, the largest porcupine species, however, can be as large as sixty-six pounds and has quills that can be a foot long and as thick as a straw. 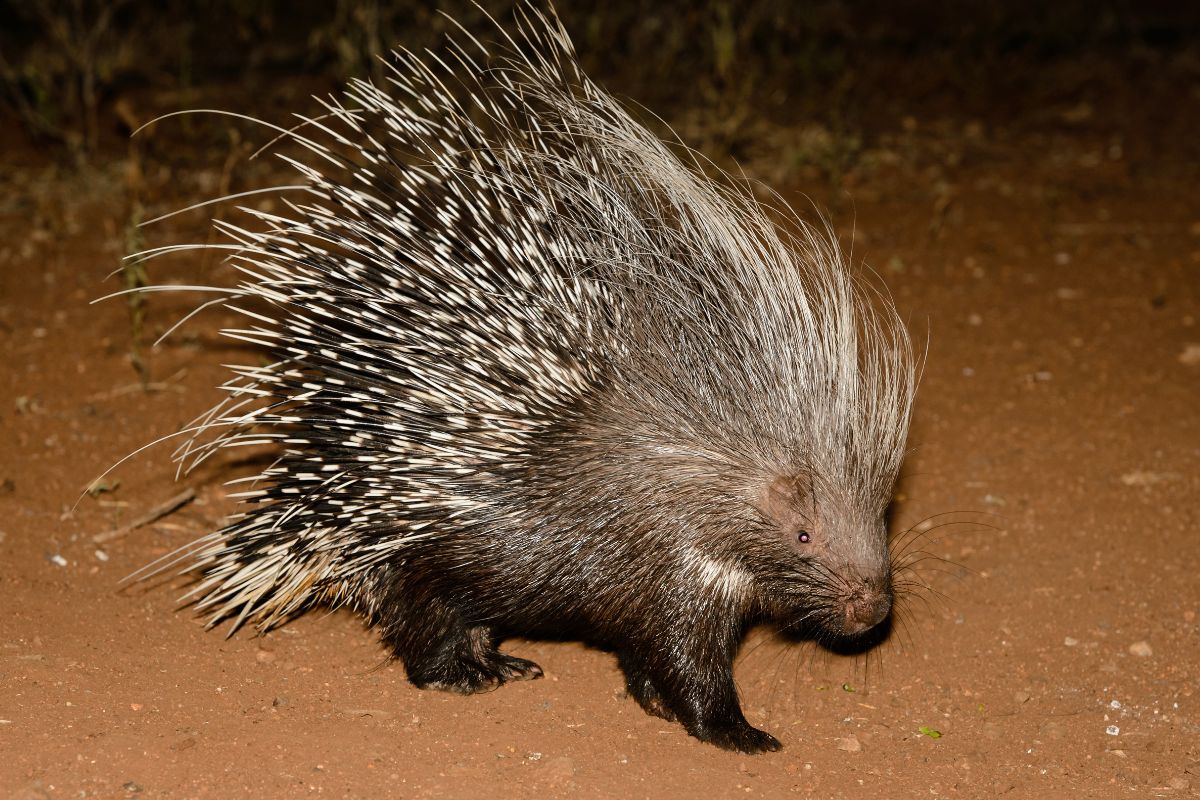 The porcupine’s feet have four toes on the front and five toes on the back. Each toe has large curved claws that help the porcupine climb trees, dig holes for dens and get the food they like to eat. Porcupines are herbivores that love to eat leaves, twigs, bark, and green plants, and their claws help them do this.

The pad of their foot is relatively soft and hairless. The porcupine has an interesting tail called a prehensile tail, which is like a third arm and can wrap around a tree branch, allowing them to be stable climbers. They tend to be nocturnal, but you can occasionally find them wandering around during the daytime.

They also tend to be solitary animals, which changes during childbirth and in the cold winter months.

Are there a lot of different species of Porcupines? 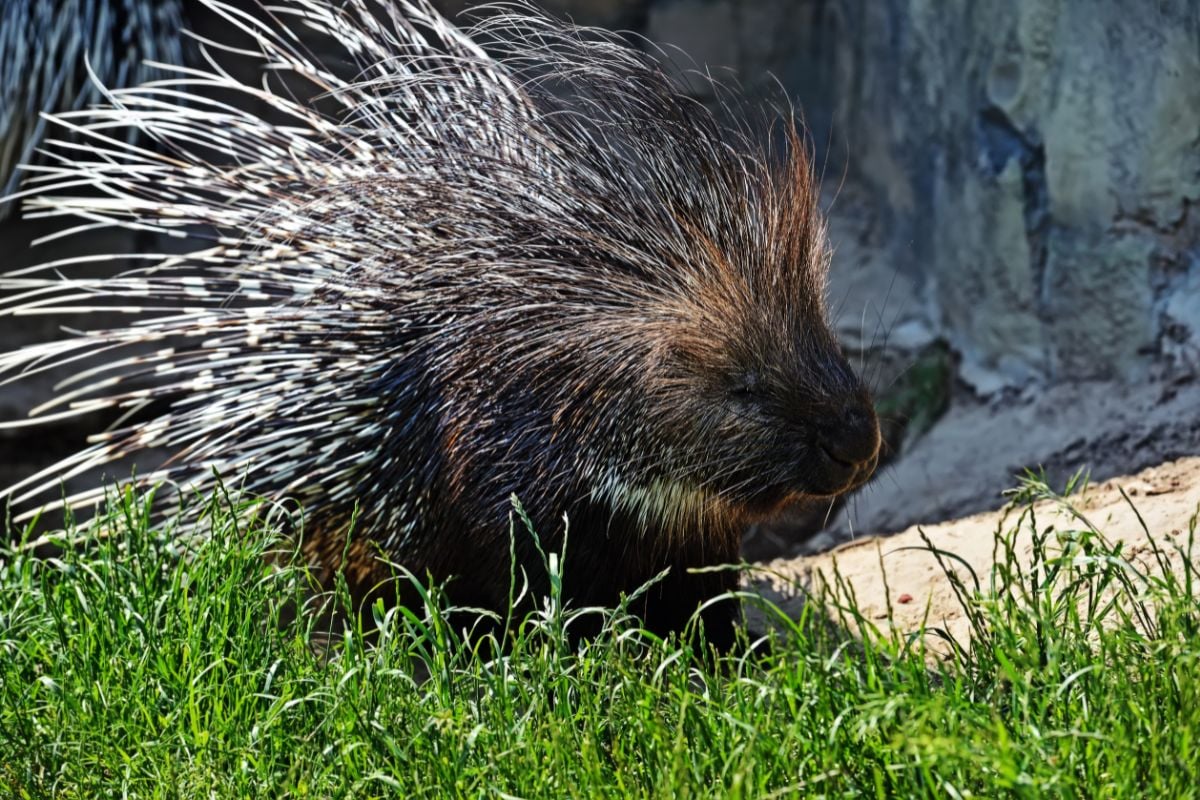 These families behave very differently from each other. The Old-World porcupine tends to be a land or terrestrial animal, spending its days foraging on the ground. They are some of the largest porcupines.

The African Crested Porcupine and the Cape porcupine are both parts of the family of the Old-World Porcupines, and both tend to live in a family group. They also have clumps of quills and do not have the fur mixed in with the quills. The New World Porcupines are frequently smaller and are tree-dwellers and can be found either on the ground or relaxing in a tree.

They are more of the North American porcupine and have fur mixed in with their spiny quills. The porcupines will pair up for mating, but the New World porcupine tends to be a family group of a mother and her babies.

Both the Old-World porcupine and the New World porcupine have some species living in family groups, and others live a solitary life other than during the mating season.

A porcupine is a creature of habit and will wander around the same general area searching for food. The porcupine’s area can be extensive, sometimes spanning 200 miles. Often you will see a porcupine traveling in a family group.

During mating, solitary life changes. The mating season is from late summer to early fall. A female announces to other males through chattering and will use vaginal secretions to urinate in an area to let the male know that she is ready to mate.

Males will come from all around to compete for a female and fight for her. The dominant porcupine will win the fight, but the female must also be attracted to that male. The male will heavily mark the area with his stinky smell and urinate on the female’s urine spot.

Then, once the battle for her is won and she picks the winner, the male will perform an elaborate dance and spray urine over a female’s head. Finally, after all of the rituals, the couple mate; the female will move her tail over and lower her quills so the male can safely mate. The female will give birth to a litter of one to four babies about seven months later.

The family will live together during the rearing of their children, so most porcupines have a monogamous relationship. So, during this time, porcupines can be seen moving about together as a family unit. During the weaning period, a baby porcupine called porcupettes will stay with its parents for five to twelve months.

Generally, the father will initiate the throwing out of the young as they mature and force the maturing male out first.

Winter Life of the Porcupine

Adult porcupines tend to be solitary, but in the cold winter months, small groups of about five or six porcupines or small families will often den together. They will huddle together to stay warm. This small group of porcupines is called a prickle.

Even relatively solitary ones will join others to keep warm in the winter. Interestingly, to protect its home and family, the last porcupine in the den will block the entrance to the hole with its quills.

Where Do Porcupines Make Their Homes or Dens? 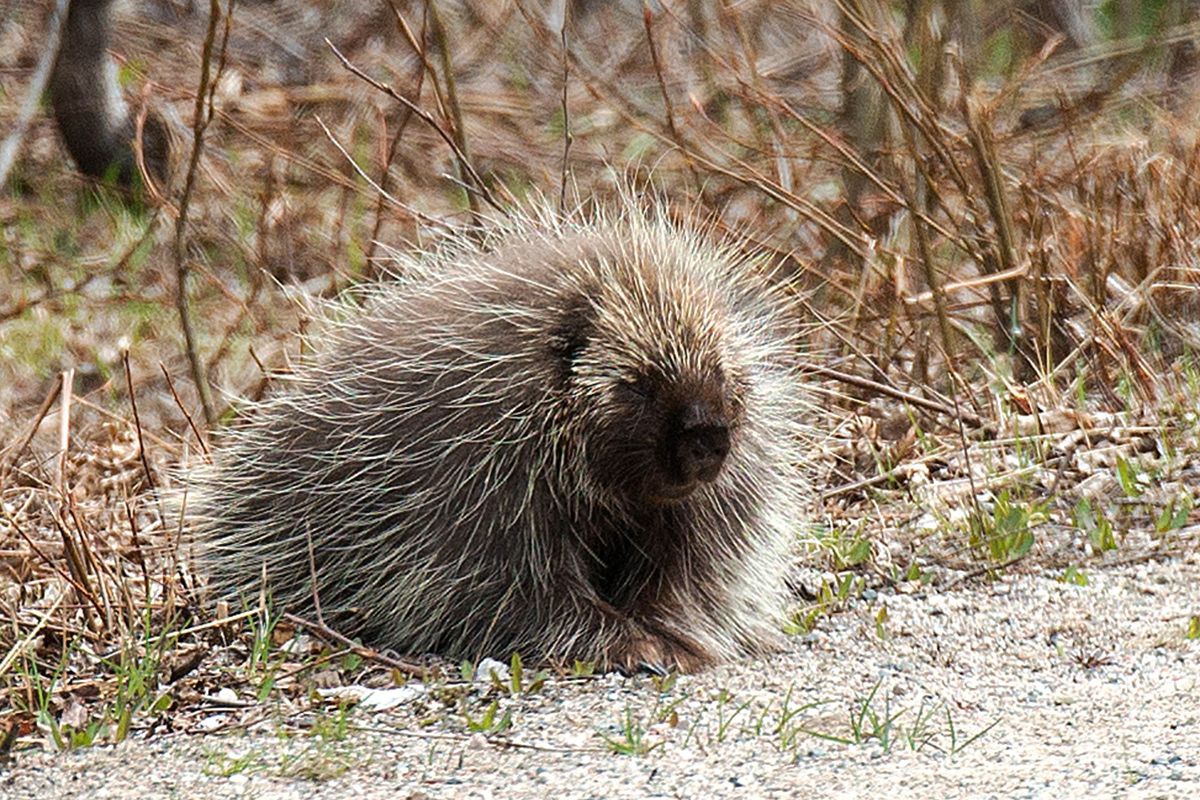 They will even take holes that other animals dug and use them as a den. The African Crested Porcupine and the Cape Porcupine make an elaborate den using their claws to dig. The den has several areas where the porcupines live and rear their children.

Remember to observe these wild animals at a distance or, to be even safer, observe them at your local zoo.