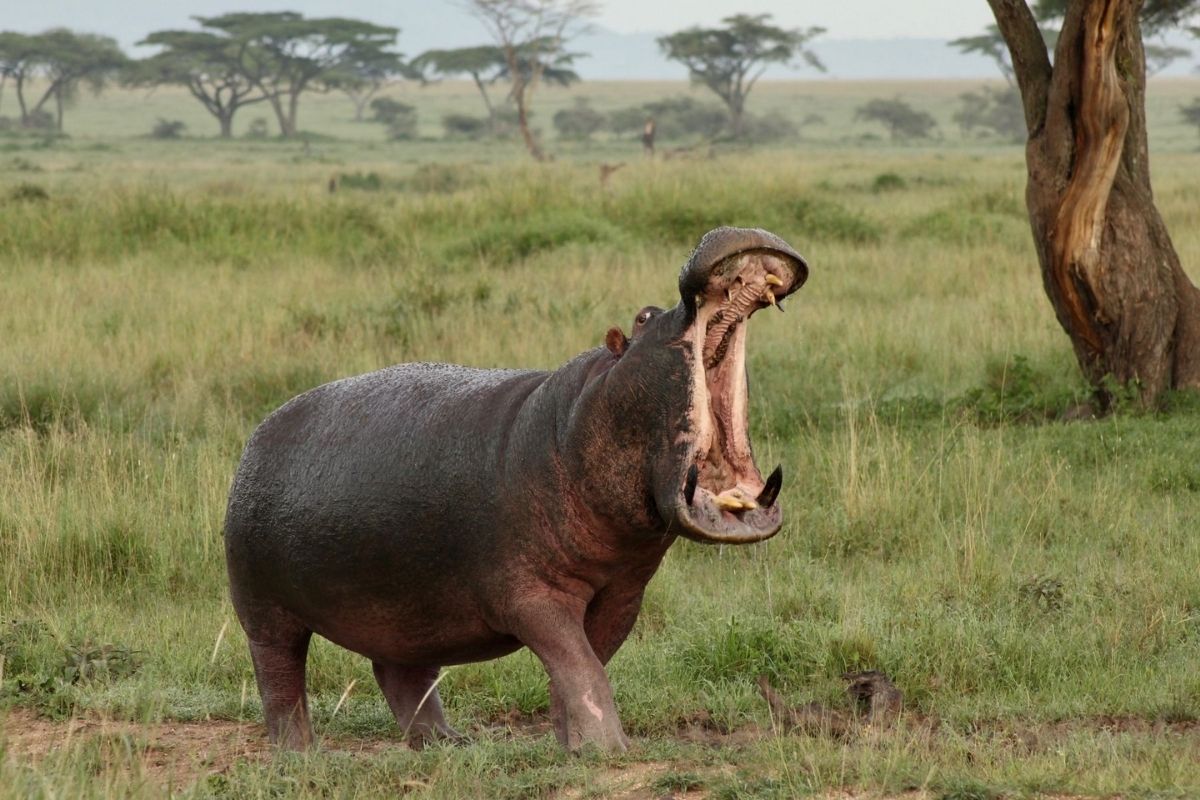 Did you know that the word hippopotamus is actually Greek for “river horse”? The question is, does this name signify any similarities between hippos and horses? For instance, are they as fast as or faster than horses?

With their large bodies, it can seem like hippos are much slower than horses. The truth is, though, that they can actually move pretty fast – in some cases, as fast as a horse. Let’s take a look at these two magnificent creatures to understand what I mean.

Contents show
How Fast Can a Horse Run?
What About Hippos?
How Fast Can Hippos Swim?
Can Horses Swim Fast, Too?
So, Who’s Faster: Horse or Hippo?

How Fast Can a Horse Run? 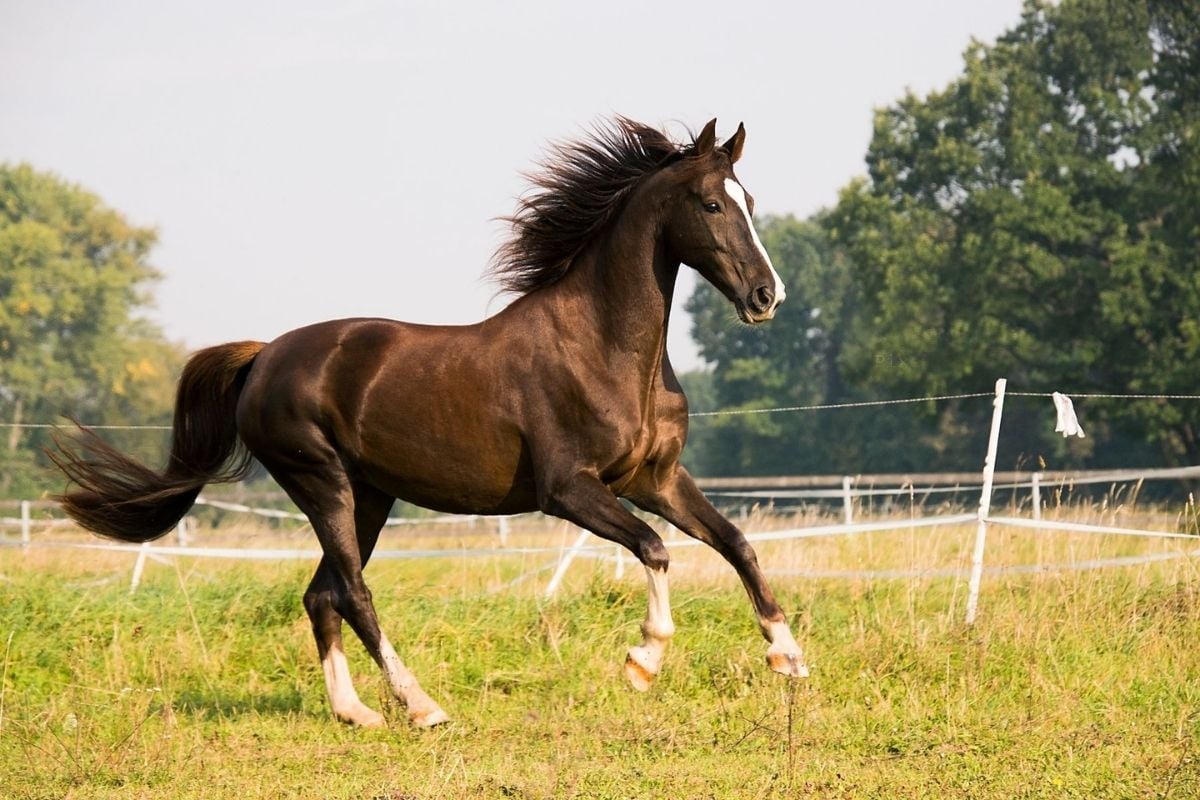 Horses are known for their racing abilities and galloping speeds, but how fast do they actually move? Trained racehorses can typically move up to 44 MPH, though some have been clocked at speeds over 50 MPH. However, they usually can’t carry on at these speeds for more than 20 or so seconds.

And remember, those are trained racehorses. Most average horses top out at around 30 MPH, especially if there is a rider on their backs. Genetics can also play a role, with some horses reaching only 14 to 20 MPH. 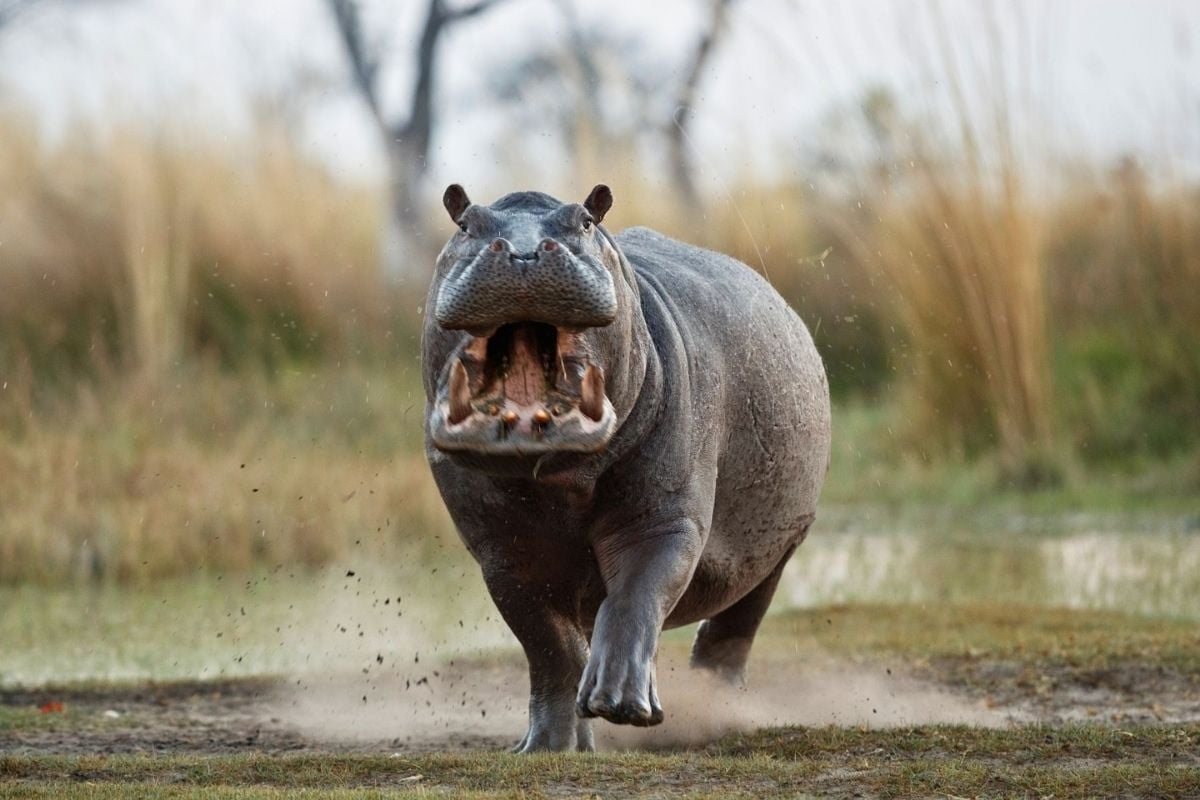 There’s no doubt that hippos are larger than horses. In fact, they are the second-largest land animal, with the males weighing an easy 6,000 pounds and females weighing as much as 3,000 pounds. The largest breeds of horses usually top out at 2,000 pounds, though some weigh as little as 600 pounds.

Does this weight difference cause a difference in their speeds? Surprisingly, not as much of a difference as you’d expect. Believe it or not, this heavy beast can move up to 30 MPH – right in line with some horses and even faster than others.

So, while they may or may not be able to outrun a horse, they can certainly outrun humans! While they can move fast, their weight does impact this speed in a way. They can typically only run at 30 MPH for about 30 seconds.

If you ever find yourself being chased by a hippo – can you imagine such a nightmare?! – the best precaution I’ve found is to get to a high spot, as they can’t jump on land. Wait for it to get interested in something else far away, and then head in the other direction.

How Fast Can Hippos Swim? 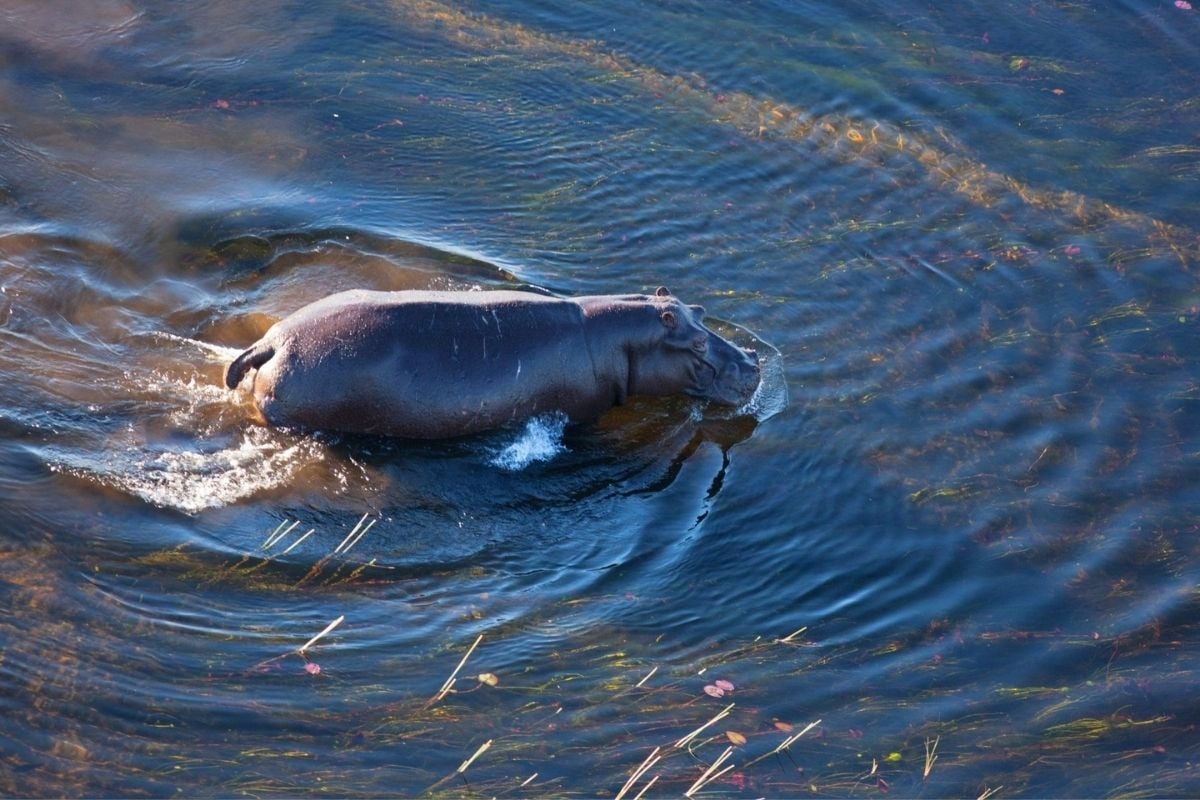 Hippos don’t just move fast on land – they can move up to five miles per hour in the water. Let’s put that into perspective. The average swimmer can only go about two miles per hour.

That is a three-mile-per-hour difference! Now, I’ve been swimming my entire life and, while I’m not a pro, I’m pretty good. Still, I don’t know about you, but I don’t particularly want to see one of these mammoths coming at me underwater any more than I do on land.

Here’s the kicker, though: hippos do not actually swim. These creatures were made to walk underwater. Yes, you read that right. These balls of blubber actually sink to the bottom, walk, and push off the waterbed to come up and breathe.

Their nostrils actually close while they are beneath the water’s surface, making the entire process easier for them. Go back to that Greek word: “river horse.” They were named this due to the fact that they spend so much time in the water.

Hippos don’t sweat, so their bodies are designed to be in the water as much as they’d like so they can remain cool. It’s not just the adult hippos that are made for water. In fact, baby hippos are born in the water.

After birth, they rise to the surface to breathe.

Can Horses Swim Fast, Too? 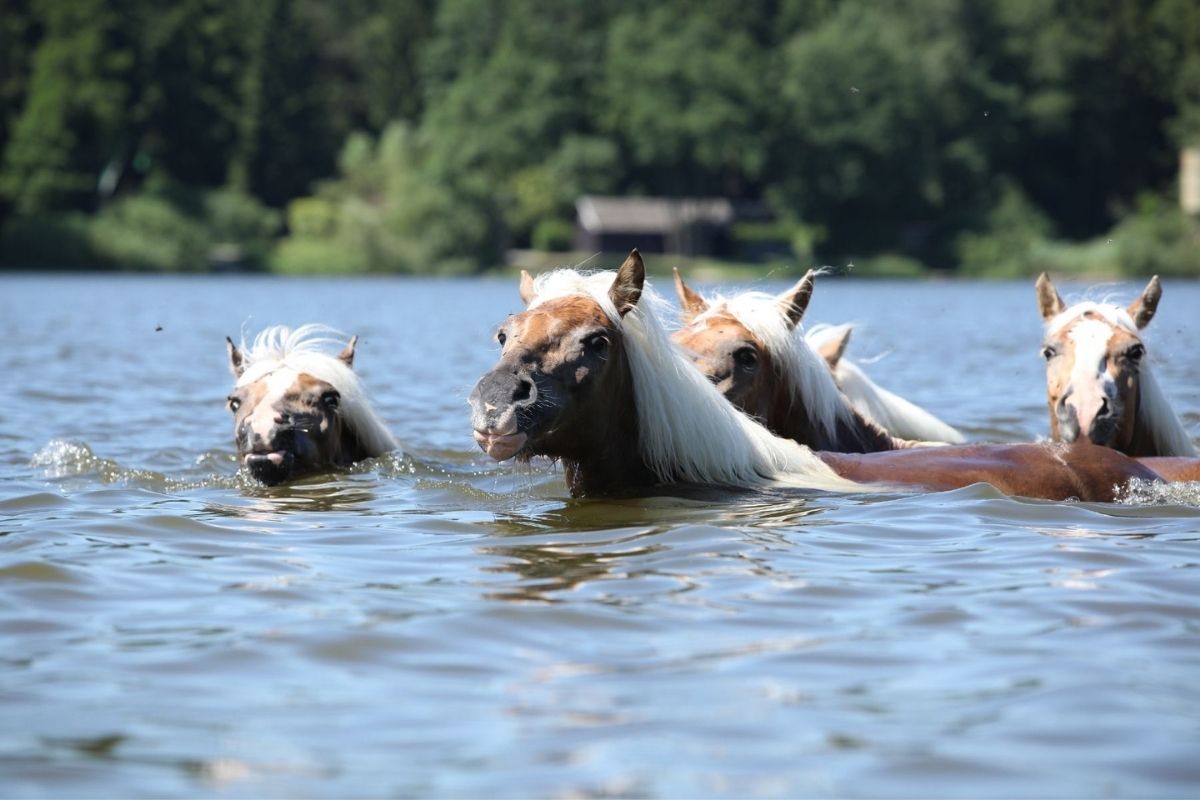 Not usually, no. Horses usually top out around three or so miles per hour in the water. This is understandable, though, as they are not made for water life.

Don’t get me wrong – horses can swim. When they are in the water, their instincts kick in and they’ll start paddling, which is a bit like the trot they carry out on land. It’s just that, unlike hippos, they weren’t intended to spend all of their time in the water.

And they’ll often get tired after around ten minutes of trying. Hippos can go for a while longer.

So, Who’s Faster: Horse or Hippo?

It depends. Hippos can run about the same speed on land as some horses, though there are some that can easily outrun a hippo. However, it’s a good bet that if it’s a water race, hippos will take the medal.