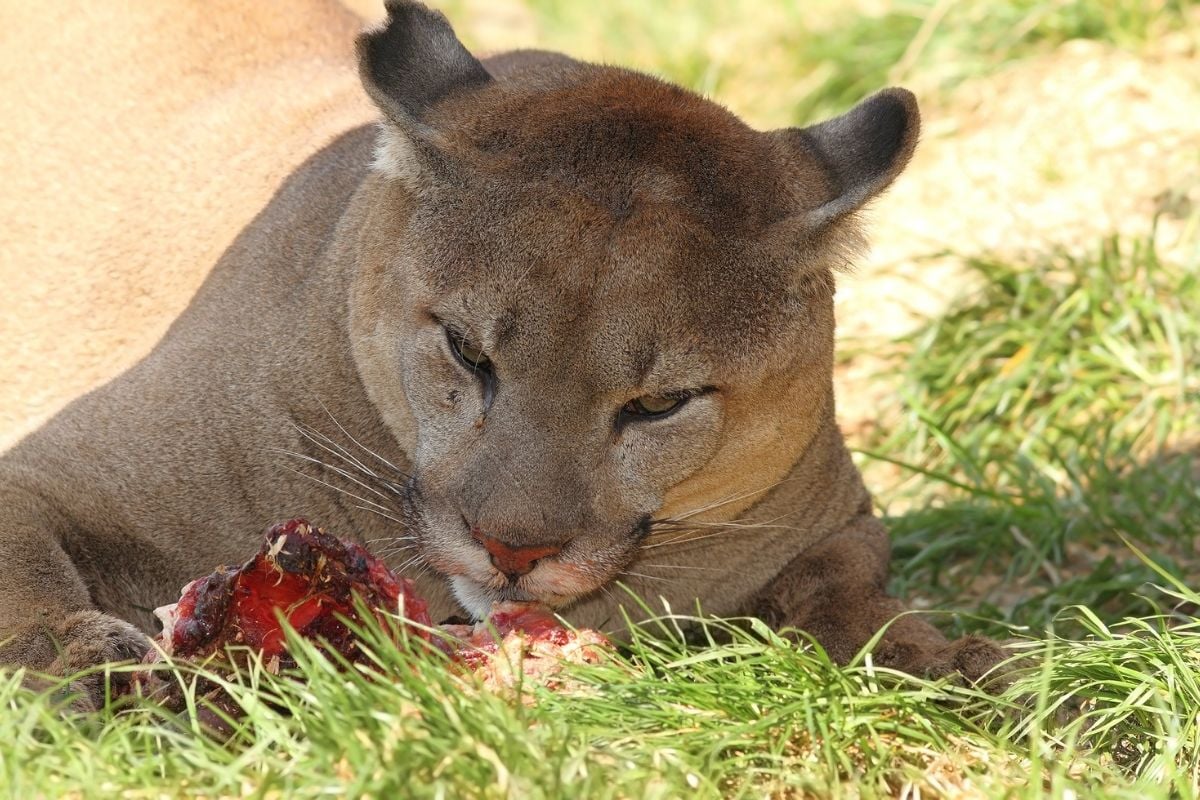 The cougar (otherwise called the cat by many names) has no natural predators. Therefore, these mountain lions face no threat of being eaten by any other animals. Grizzly bears along with grey wolves, on the other hand, compete with them for resources and may come into conflict as a result.

When you look at the history of cougars, humanity is their greatest threat and the only current cougar predator.

Contents show
What is a Cougar?
Why are Humans Considered a Threat to Cougars?
Preservation of Cougars
What are the Different Cougar Names?
Cougar Habitats and Preys
Cougar Reproduction
Who are the Cougar’s Rivals?
The Grizzly Bear
Gray Coat Wolves
Should Humans Fear Cougars?

What is a Cougar? 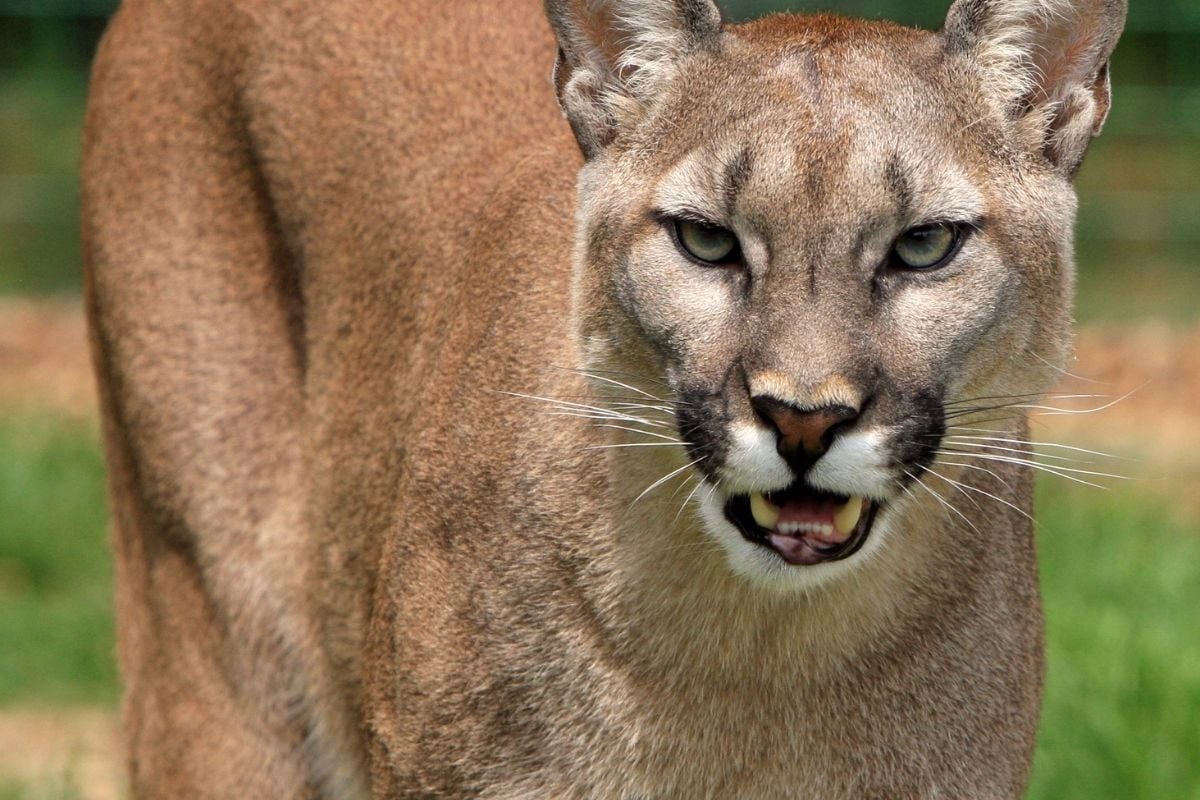 It is the second-largest cat in North America after the puma (sometimes known as the Panther or Mountain Lion). The cougar, unlike other big cats, is unable to roar. It instead purrs like a domesticated cat, something that cracks me up.

It’s like a bully coming at you, but sounding like a small child! House cats and cougars both have similar physiques, yet cougars are noticeably larger in stature. They’re slender, with round heads and erect ears.

Why are Humans Considered a Threat to Cougars?

Some U.S. state laws allow people to shoot cougars, even though they are a protected species. Human-caused factors, such as habitat loss and depletion of natural prey, pose a greater danger to cougar populations than conscientious hunting.

Both recreational hunters and farmers who protect their cattle have long been responsible for the deaths of cougars. Additionally, fragmentation, habitat loss along with human-caused injury, are grave concerns for cougar populations worldwide. Therefore, cougar populations have declined dramatically.

The IUCN Red List considers cougars to be of least concern because of the large number that remains in the wild. Eastern North and South American cougar populations were decimated by European colonization in the 17th century, despite their widespread distribution. Florida panthers, a rare subspecies, are found only in a tiny area of the state.

As a critically endangered species, the Florida panther is being protected by several government entities.

What are the Different Cougar Names?

Panthers, Catamounts, Pumas, Lions, and mountain lions are also known as cougars. You can come across mountain lions anywhere from the Canadian border to the southern tip of South America. Since there are six distinct subspecies of the mountain lion, the scientific name will vary according to which one you’re referring to.

Puma concolor is the North American name for the species. The Felidae family, often known as the cat family, includes these species. The jaguars, Asian & African lions, tigers, and leopards are all relatives of cougars.

Cougars are obligate carnivores, which means they must eat meat to stay alive. There are lighter areas on the underside of the coat of the cougar. The tail bears a black mark at the end.

The known range of the cougar covers western North America, a small area of Florida, and the majority of South America, with habitats ranging from mountains to deserts to sea level. They’ll set up shop anywhere there’s food and cover for them. These predators prefer deer, but will also eat smaller animals, including domestic pets and cattle if they have to.

Insects have been eaten by cougars in the past, as well. Cowardly hunters, cougars hide until they get a chance to pounce on their victim with claws extended. Cougars are also adept climbers and can leap more than 6 m in the air (20 ft.).

Cougars are known to consume the carcass of their prey for days after they’ve killed it.

For the majority of their existence, cougars live alone. During mating season, they solely interact with each other. Females can mate as early as the age of 2-3 and give birth to a litter of 2-3 kittens at a time.

The females take care of the young while the males return to their solitary lives. Cougar cubs leave their mother to begin their own lives at the age of two. Cougars need a lot of space to roam, so some cougars travel long distances to establish their territory.

Cougars in the wild have an average lifespan of 10 years. Cougars in captivity can live up to 20 years.

Who are the Cougar’s Rivals? 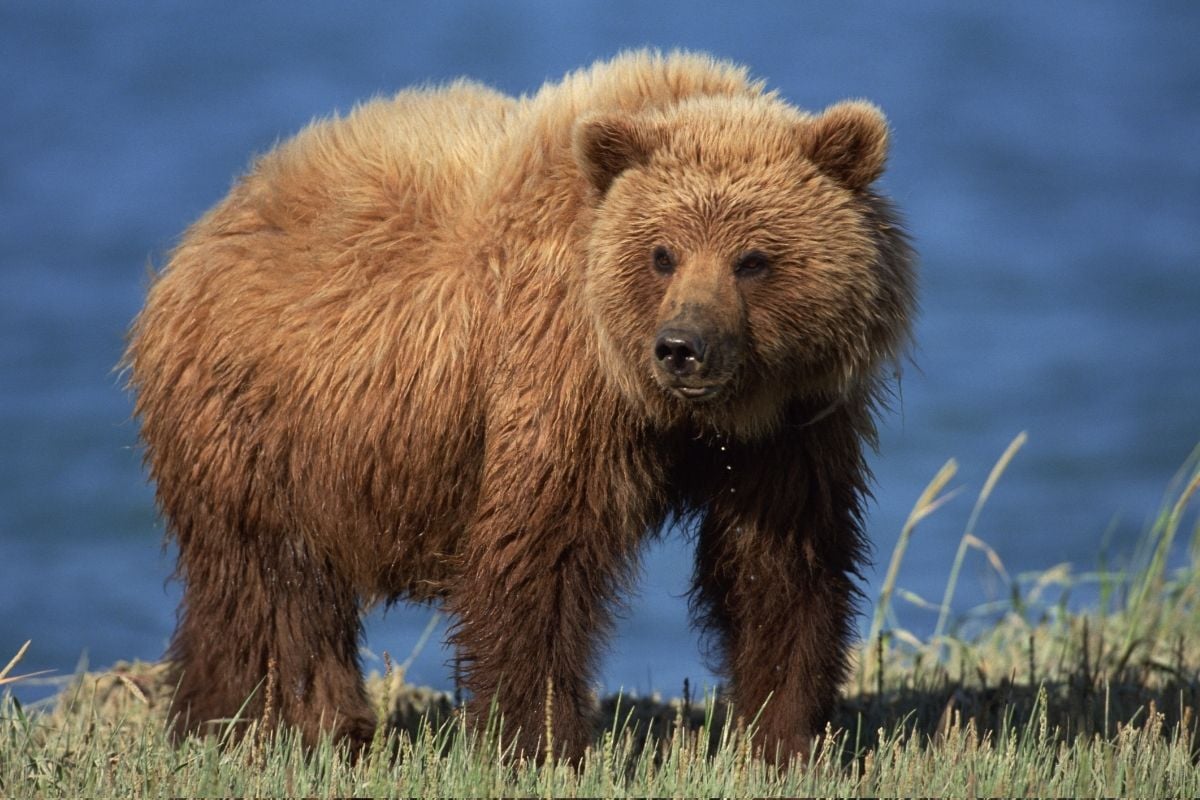 Due to their comparable diets, both grizzly bears and mountain lions must hunt similar species and utilize similar resources when their habitats overlap. Competition is the term used to describe this. Researchers researched grizzly bear-cougar interactions in Glacier National Park, Montana, from 1992 to 1995, and in Yellowstone National Park, Wyoming, from 1990 to 1995, for a study published in the journal “Ursa” in 1998.

The research indicated that bears frequently displace cougars from their prey. Bears remove cougars from their kills, and this results in a 17 to 26% reduction in daily calorie needs for the cougars. It is only when competition for food is fierce that such encounters occur. 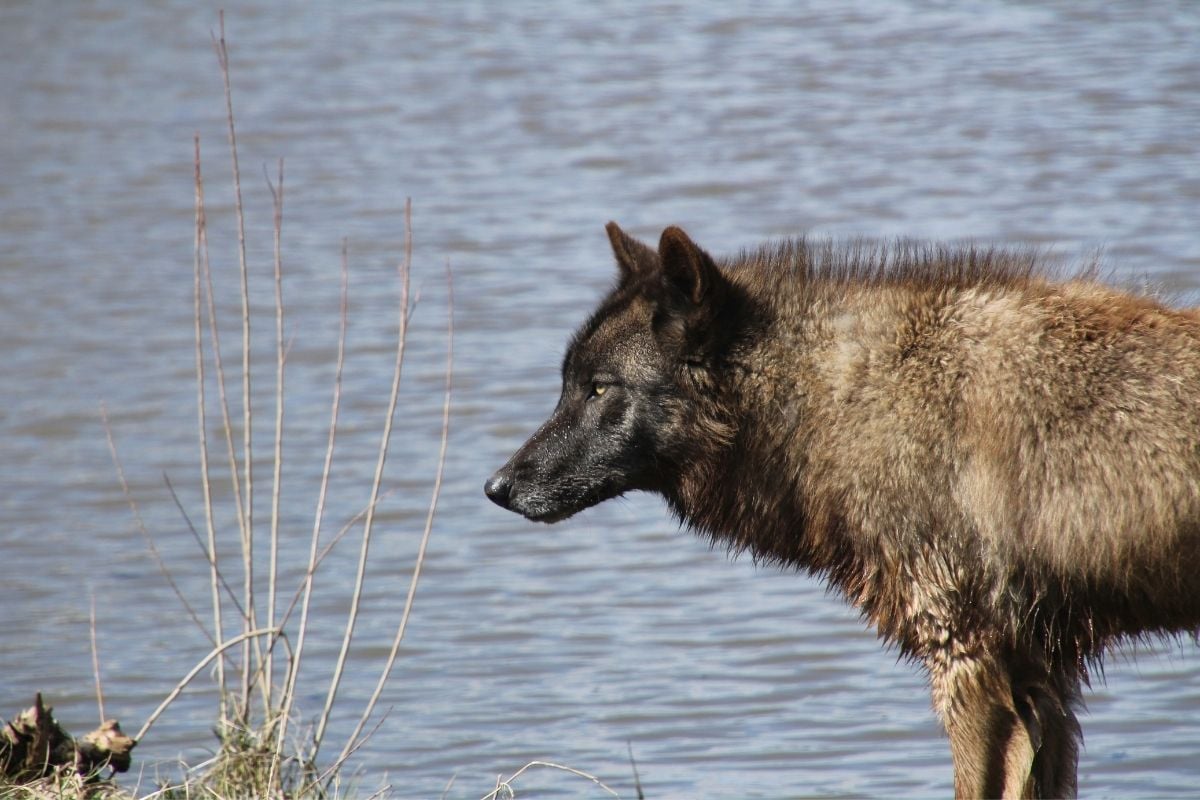 Over 12 years, from 1993 to 2004, researchers in Alberta’s Banff National Park studied cougar-wolf interactions and reported their findings in the journal “Ecoscience.” Researchers found that wolves were killing and stealing prey from cougars, but that the cougars did not return the favor by killing and eating the wolves. When a wolf and a cougar are forced to compete for food, the cougar is more vulnerable.

Cougars are only threatened by wolves in packs because the gray wolf is weaker than the larger cougar. In the United States, cougar hunting was previously commonplace. However, because they were prized by hunters and despised by farmers due to the harm they caused to cattle, their population declined dramatically in the nineteenth century. They had been mostly eradicated from the Midwest and Eastern regions by the early years of the twentieth century.

The remaining cougar population has stabilized through hunting sensibly, although illegal hunting/poaching continues to threaten cougars in those states where hunting cougars is permitted.

Big cats, according to new research, dislike human encounters as much as we dislike running into them on hiking paths. It is important to know this information since human development is encroaching on lion habitats and increasing human-puma confrontations. In the Santa Cruz Mountains, we tested whether or not pumas were scared and fled when exposed to the sound of human voices, and the outcomes were compelling:

They were certainly scared of humans, according to Justine Smith, author of a recently published study in the 21st online version of the Proceedings of the Royal Society B. Pumas’ behavior was studied using a novel experiment created by Smith as an Environmental Study graduate student at the University of California, Santa Cruz. A covert camera recorded the puma’s reactions to recordings of individuals conversing that were transmitted via motion-activated technology from audio equipment her team had installed at puma kill locations throughout the Santa Cruz Mountains.

As a regulation, they played audio of Pacific tree frog vocalizations.