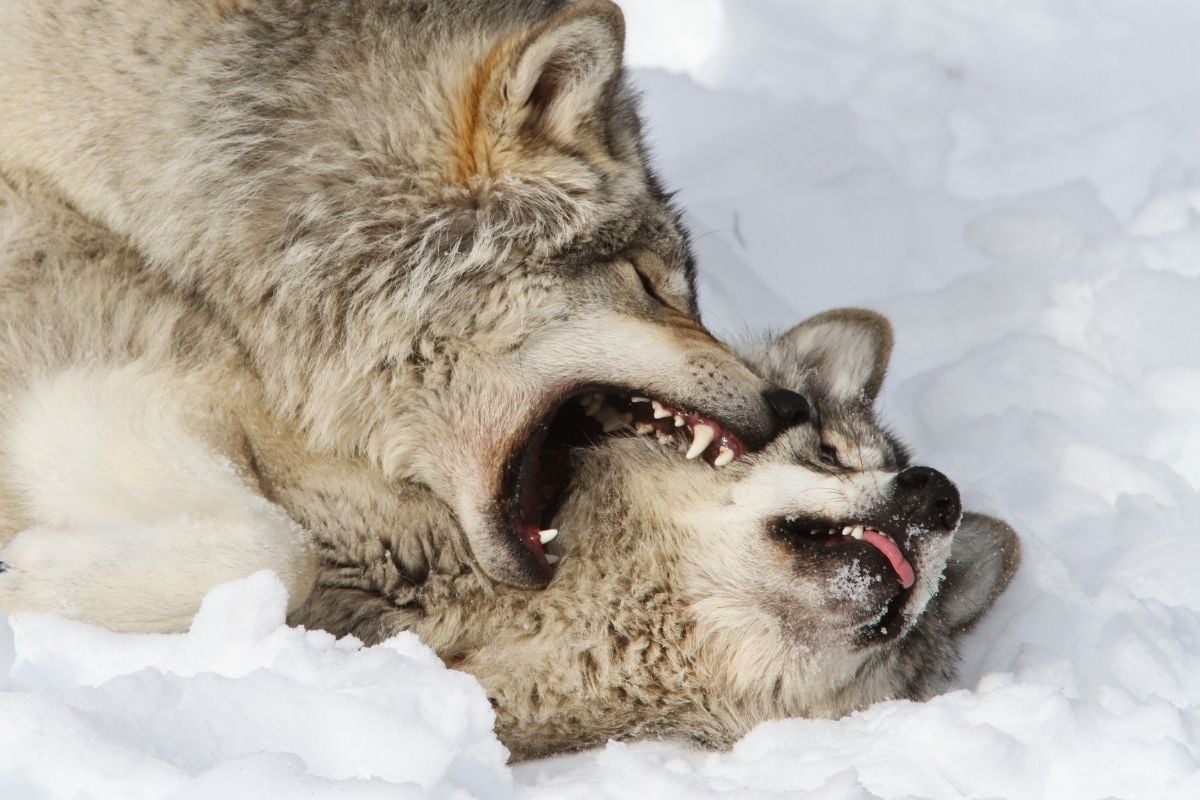 Who would win in a fight between a wolf and a leopard? Are you curious? I know I am.

I have always had a fascination with giant cats and dogs, er, wolves. After all, humans today live with miniature wolves and leopards in our homes just for sheer comfort and companionship. But, if a wolf and a leopard came upon each other in nature, who would win at the end of the day? Let’s find out.

Contents show
Comparing a Wolf Vs. a Leopard in the Wild
How does a wolf fight?
How does a typical leopard fight in nature?
Scenarios, Atmospheres, and Environments Matter
Measuring the Win Between a Wolf and a Leopard

Comparing a Wolf Vs. a Leopard in the Wild 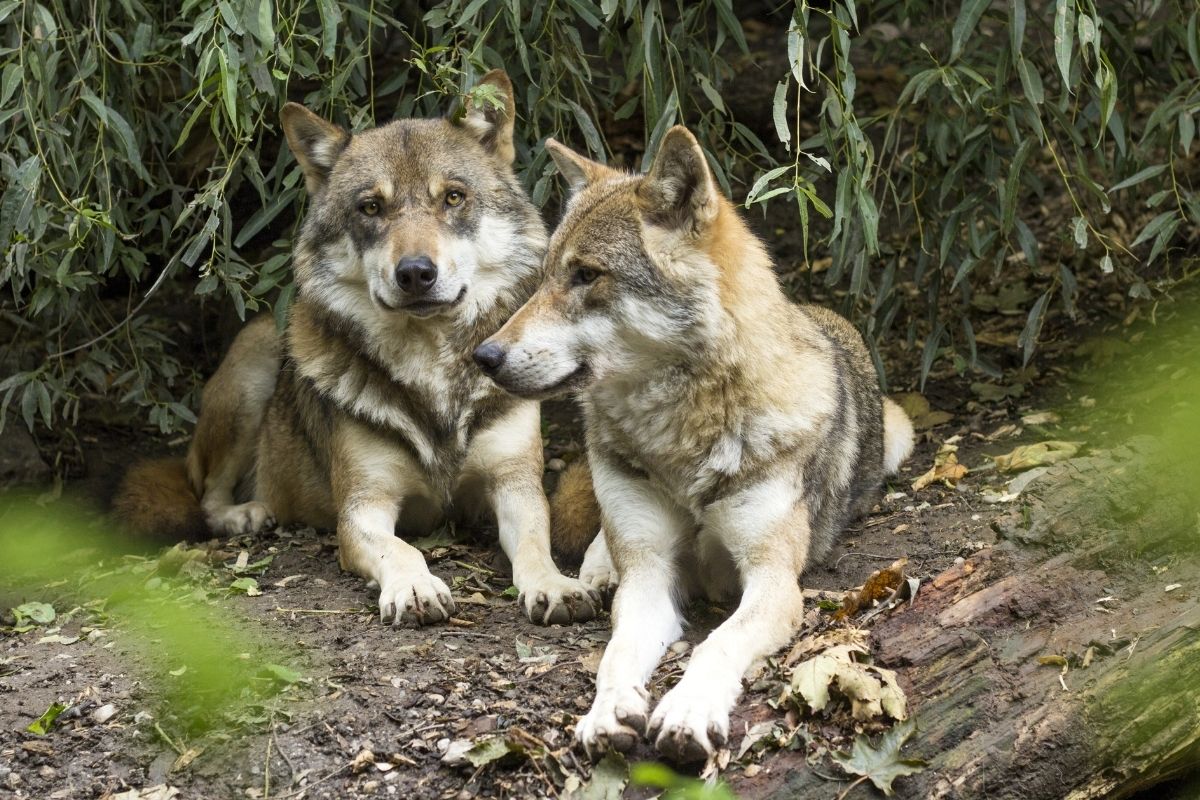 Comparing a wolf versus a leopard is like comparing cats and dogs…and that is exactly what we are doing here. The leopard is a giant cat that is native to both the Asian and African continents, whereas the wolf is a large form of a dog that is less domesticated than our pets today. Leopards are great swimmers and are excellent climbers, giving them plenty of advantages when fighting in the woods or even in their own territory.

Wolves are made of an extremely muscular body and have the stamina to last far longer than a leopard, especially in a battle. Additionally, wolves are known for their bites, whereas leopards are typically known to use the power of their huge paws in order to gain a competitive edge over an opponent in the midst of a battle.

How does a wolf fight? 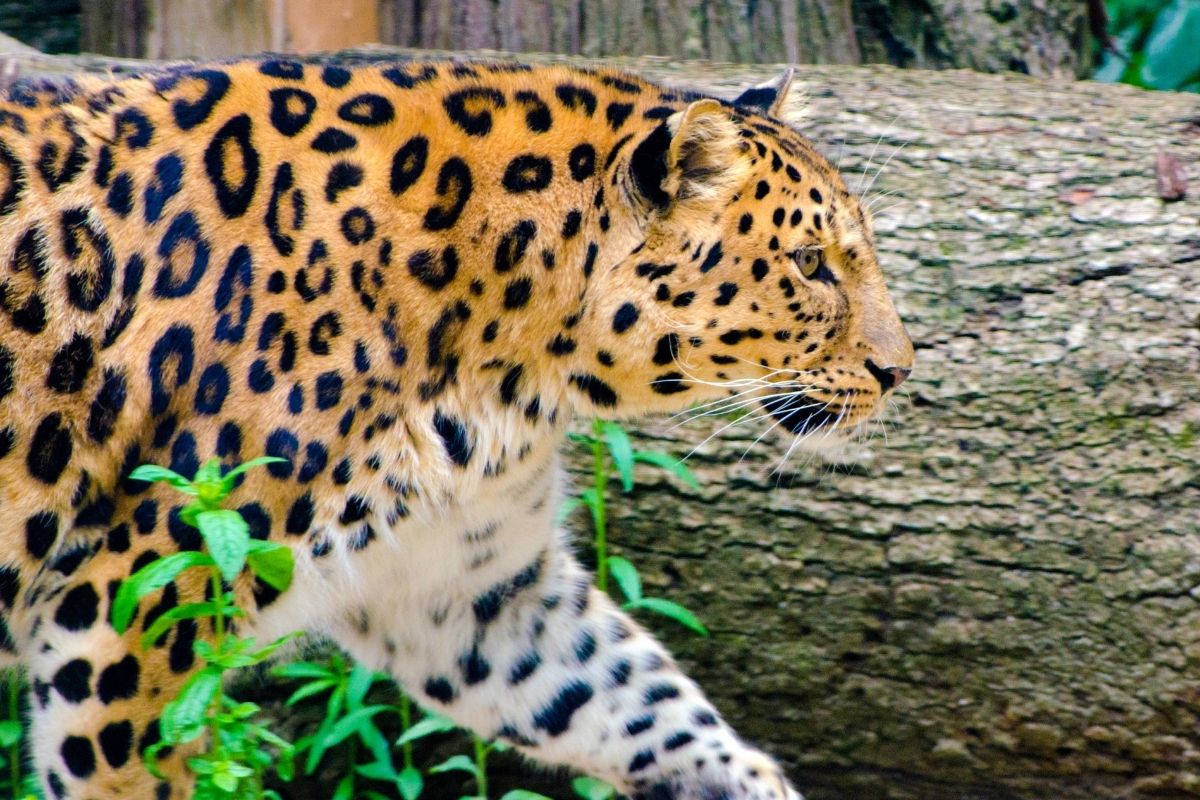 Wolves are unique as they do not typically find themselves being aggressive on their own or in a one-on-one scenario. This is why when wolves are referenced they are typically done so as a wolf pack. Wolves prefer to travel in packs, as this provides them not only with companionship and support but also with fighting power and plenty of intimidation to go around.

When a wolf is confronted by a predator, they are most likely to call out for their pack if there is one available. However, if left on its own, a wolf will fight similar to that of a dog, as it is not too distant from a dog’s makeup and genetics. Wolves may typically use their teeth more than anything like an attack weapon, as they do not have the same claws or paws that a leopard has in the wild.

On average, wolves weigh anywhere from 40 lbs to more than 120 lbs, making them a decently sized animal to come upon in the wilderness.

How does a typical leopard fight in nature? 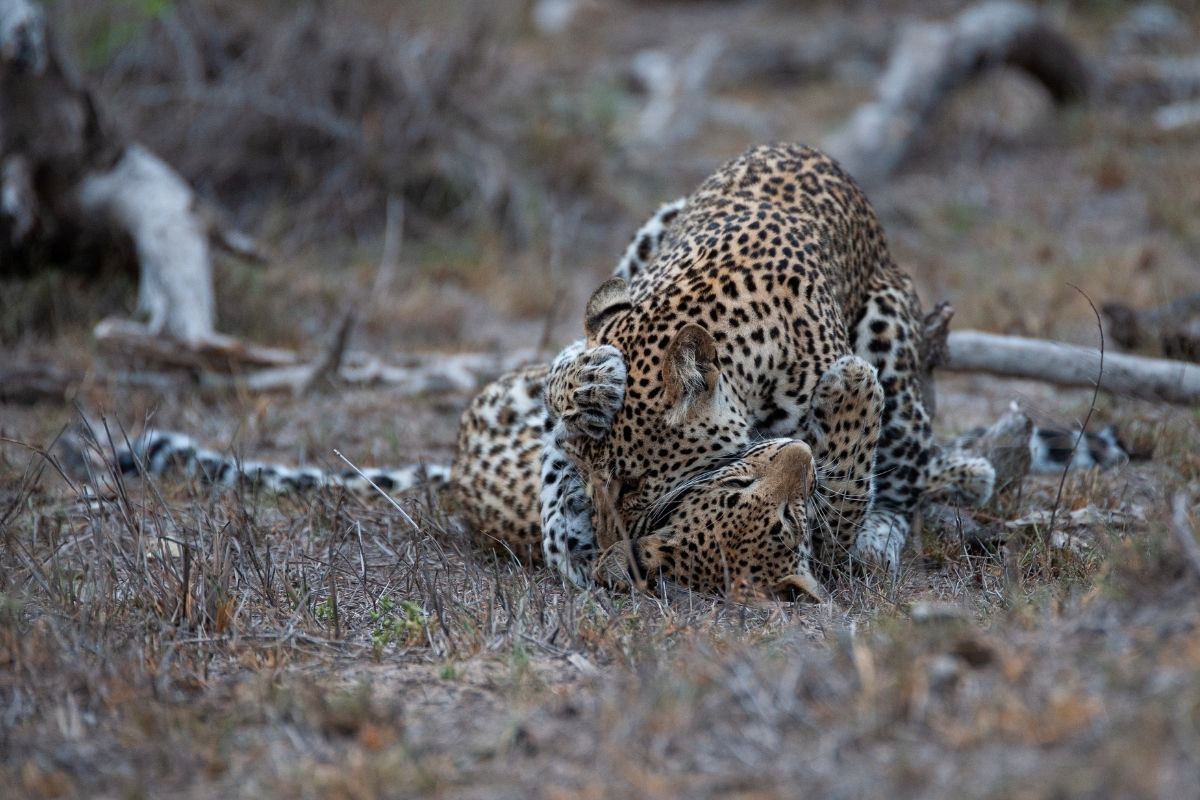 Leopards are giant cats who do not fight much differently than a standard housecat…just at a greater scale. Leopards enjoy the hunt and prefer to seek out prey that is unsuspecting in most cases, as this ensures them the greatest chance of success once they make their move. When a leopard attacks its prey, it can do so with its massive paws and claws along with its giant mouth and sharp teeth.

A leopard is extremely dangerous and can typically win in just about any fight that it enters, regardless of its opponent.

However, although a leopard can attack any of its preferred prey without problems, it is not adept when it comes to preying on animals that have harder skins, such as deer and monkeys. In some instances, monkeys, pigs, goats, and deer may actually make a leopard a target of their own, depending on the time of the year and where they are located. The average weight of a grown leopard is approximately 150 lbs, which is much heavier than a standard wolf, as wolves can vary in weight based on breed and environment.

When considering a leopard and a wolf fight, the environment, scenario, and surrounding atmosphere must be taken into consideration. While it is not common to find a leopard with a wolf in the same region, it is not entirely impossible, especially if a wolf or a leopard is currently moving or migrating to a new home. If a wolf is in its comfort zone and surrounded by other wolves in his pack, he will be less likely to feel intimidated or as if he is the prey.

Instead, a wolf with a surrounding pack will feel emboldened  and may turn the leopard into prey in its own eyes. On the flip side, a leopard is not likely to feel scared or intimidated by potential predators in its own safe environment and atmosphere in the jungles of Africa and Asia. If a leopard feels comfortable in its atmosphere and comes upon a wolf, it is no contest.

The leopard will win against a lone wolf hands down, barring a strange reaction or inability to fight.

Measuring the Win Between a Wolf and a Leopard

When a wolf and a leopard confront one another, it is important to consider the situation they are in and which animal is outside its comfort zone and the traditional home environment. Whichever animal is not near its home will have a serious disadvantage when it comes time to fight. A wolf may win a fight against a leopard if he catches the leopard off-guard or if the wolf comes upon the leopard in his pack.

A wolf pack is typically no match for a leopard, as a leopard only has two claws, not numerous sets of teeth. On the flip side, a leopard is most likely to win whenever he is confronted by a lone wolf, as lone wolves are not equipped to take on the massive paws, claws, and teeth of a leopard. The best chance for a wolf to win in a fight once he is engaged with a leopard is to call for his pack members or to attempt to flee.

While both animals are quick when running, wolves are typically smaller and may be quicker than a fully grown leopard, depending on the location they are in as well as the surrounding terrain of the area. Ultimately, a leopard is likely to win in a one-on-one, but a wolf has a greater chance when fending off a leopard with his pack by his side.

In most cases, a fight in nature between a wolf and a leopard is not likely to end until one of the predators is no longer alive. While this may seem brutal, this is unfortunately just part of nature for those who are simply trying to survive.