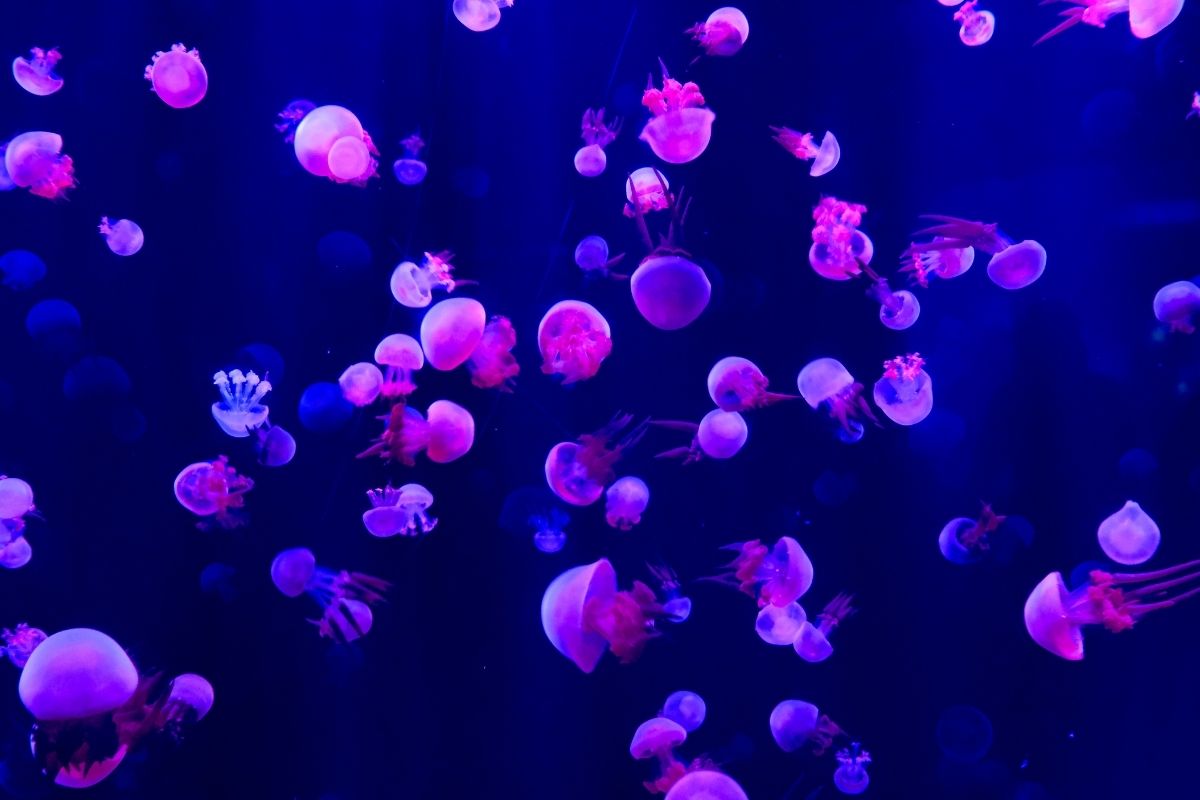 The vast majority of animals that inhabit the earth have a circulatory system much like we do, complete with a heart and blood. Most of us have red blood, though some animals have blue, black, or even green blood. Then, strangest of all, are the animals that have no blood at all.

Here are a few animals that live without blood in their body! 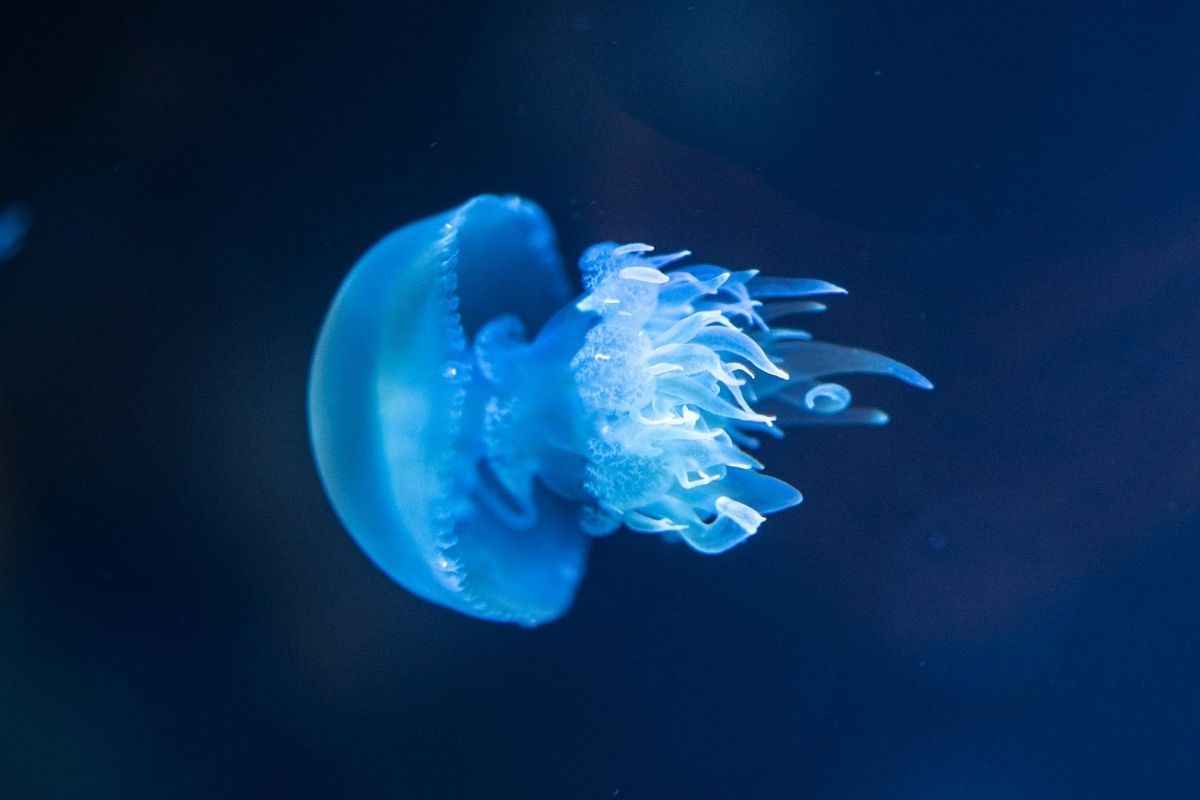 It seems pretty obvious that a jellyfish has no circulatory system when we look at it. These transparent, gelatinous masses don’t have any obvious muscles or organs and are usually transparent, floating aimlessly around the ocean. Jellyfish belong to a class of animals called cnidarians, which include coral and sea anemones.

Instead of using blood to transport nutrients throughout their body, cnidarians absorb them directly from the water into their cells.

According to the UCSB Science Line: “When the cells on the outside of their body come into contact with water, oxygen and nutrients can diffuse into their body to provide them with everything they need.” Jellyfish are the largest animals without a heart. 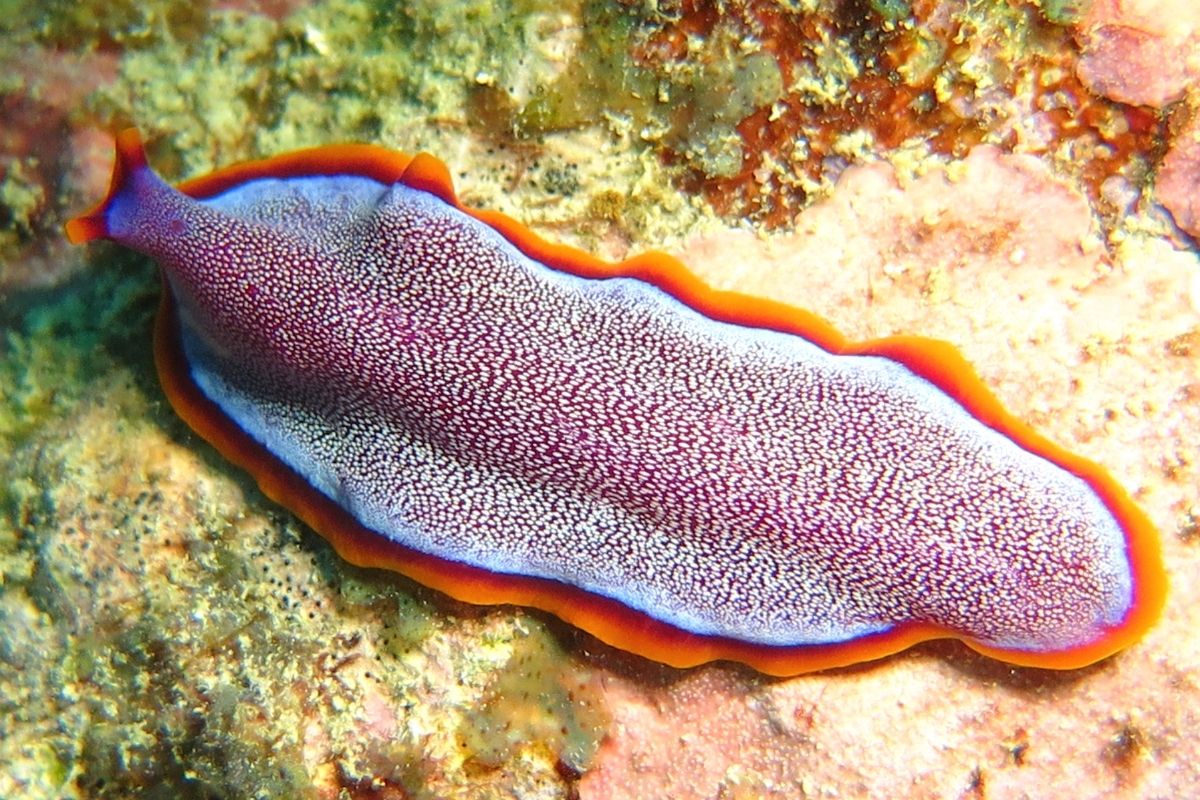 Flatworms, as the name implies, are flat, worm-like invertebrates. Their extremely flat bodies mean that they have no room for organs. Not only do they have no blood, but they also have no heart, circulatory system, or respiratory system.

They gather nutrients and oxygen through a process called diffusion. Unlike in humans, this process doesn’t involve any kind of pump; instead, the nutrients simply flow through the flatworm’s body without direction. Some flatworms are parasites, such as the tapeworm. Other types include the fluke and the planarian. 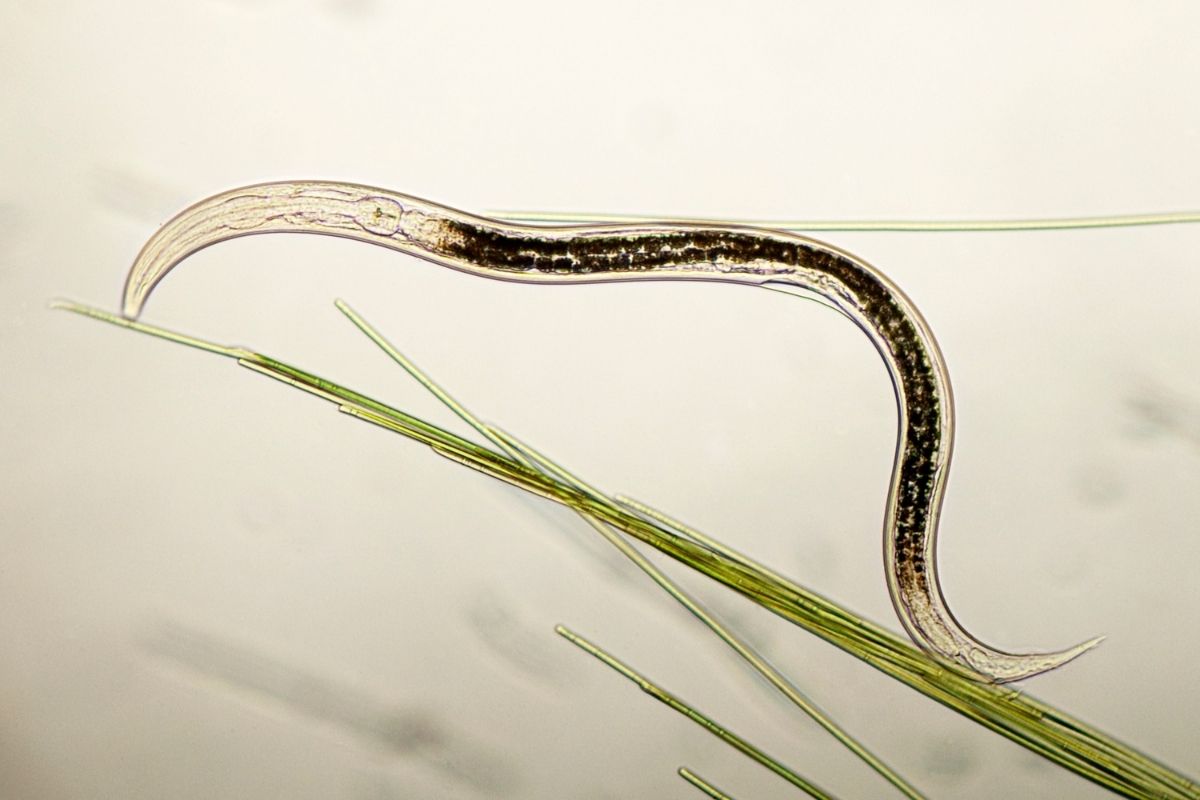 Nematodes, also known as roundworms, are an incredibly common parasite, living in other animal species of all kinds as well as in food, soil, vinegar, malt, and deep within the earth. There are a huge number of nematodes — as many as 20,000 distinct types have been identified — but scientists think that these might only be a small percentage of the true number. The internal organs and other systems vary among different types of nematodes, but in general, they have a nervous system, digestive system, reproductive system, and excretory system.

While they don’t have blood, they do have a special fluid in their body that carries nutrients to their organs. Unlike in most animals, however, this fluid doesn’t circulate. Many common parasites are nematodes, including hookworms, ringworms, lungworms, and pinworms. 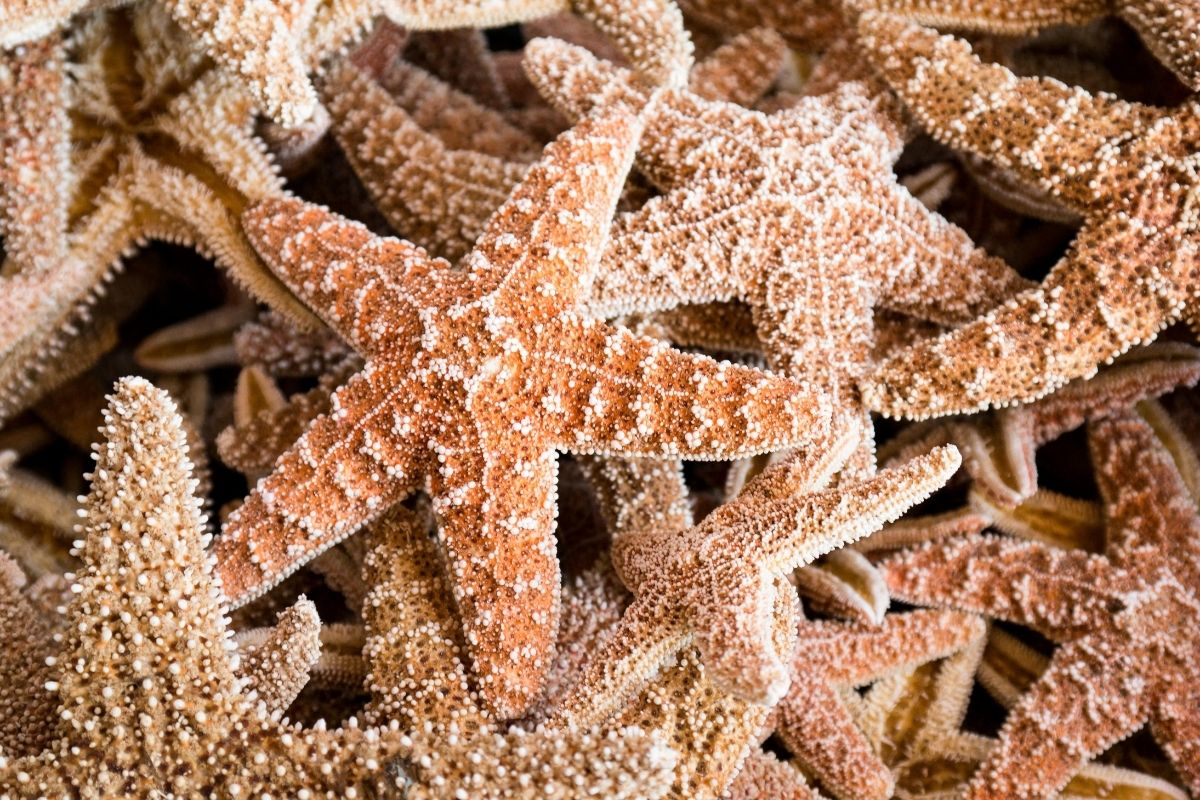 Starfish have some of the strangest anatomies in the animal kingdom. Not only do they not have blood, but they also don’t have a brain or heart. Most of their organs are on the outside of their body.

This lets them absorb nutrients through their external cells, even digesting food through their body. Because of these outside organs, some starfish can even regenerate their whole body from a single arm. Fascinatingly, while they don’t have a circulatory system, they do have a system that pumps seawater through their body to absorb more nutrients — which the National Ocean Service calls a “water vascular system”. 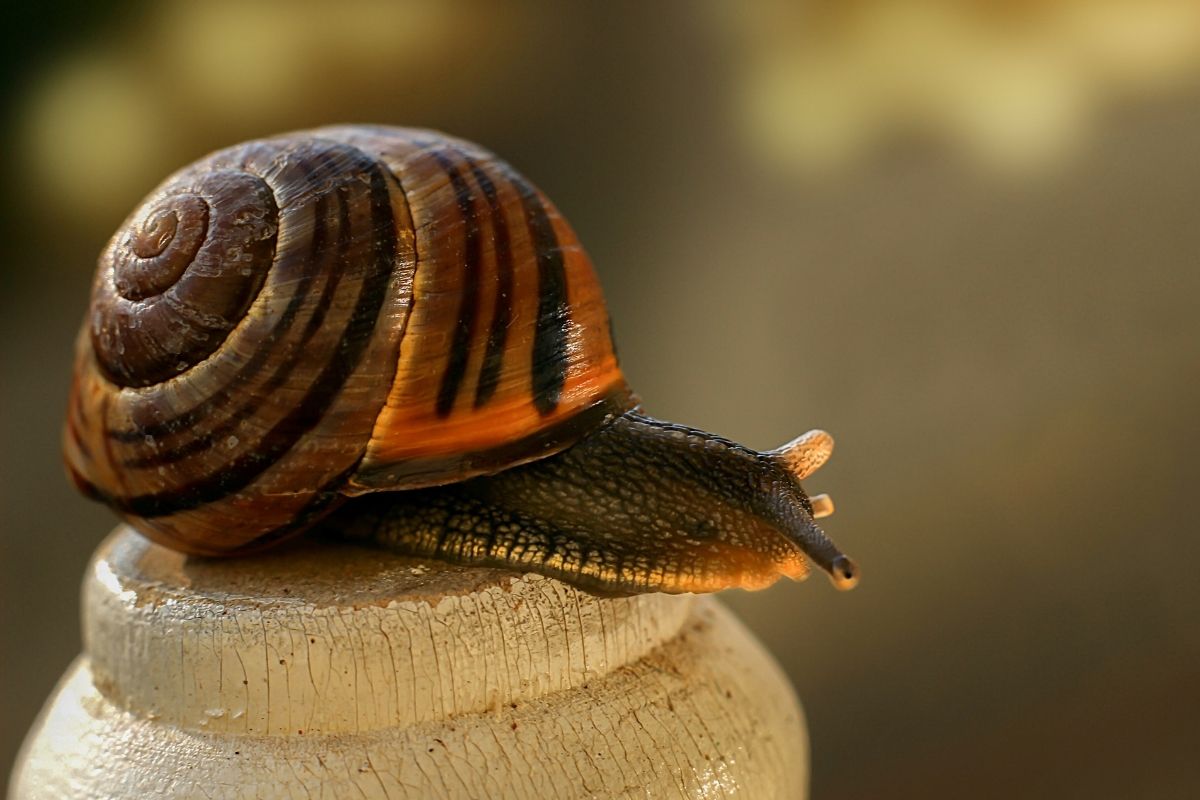 Mollusks are a common sight both in and out of the water, including animals such as snails, slugs, oysters, mussels, cockles, and scallops. But you might not know that these creatures are completely bloodless! Instead of blood, they have an open circulatory system that moves a fluid called hemolymph throughout their body walls.

This fluid helps transport nutrients and oxygen throughout their body. This system does include a rudimentary pump to force the fluid through the mollusk’s body; but unlike in most animals, the hemolymph passes mostly through open cavities rather than from organ to organ. 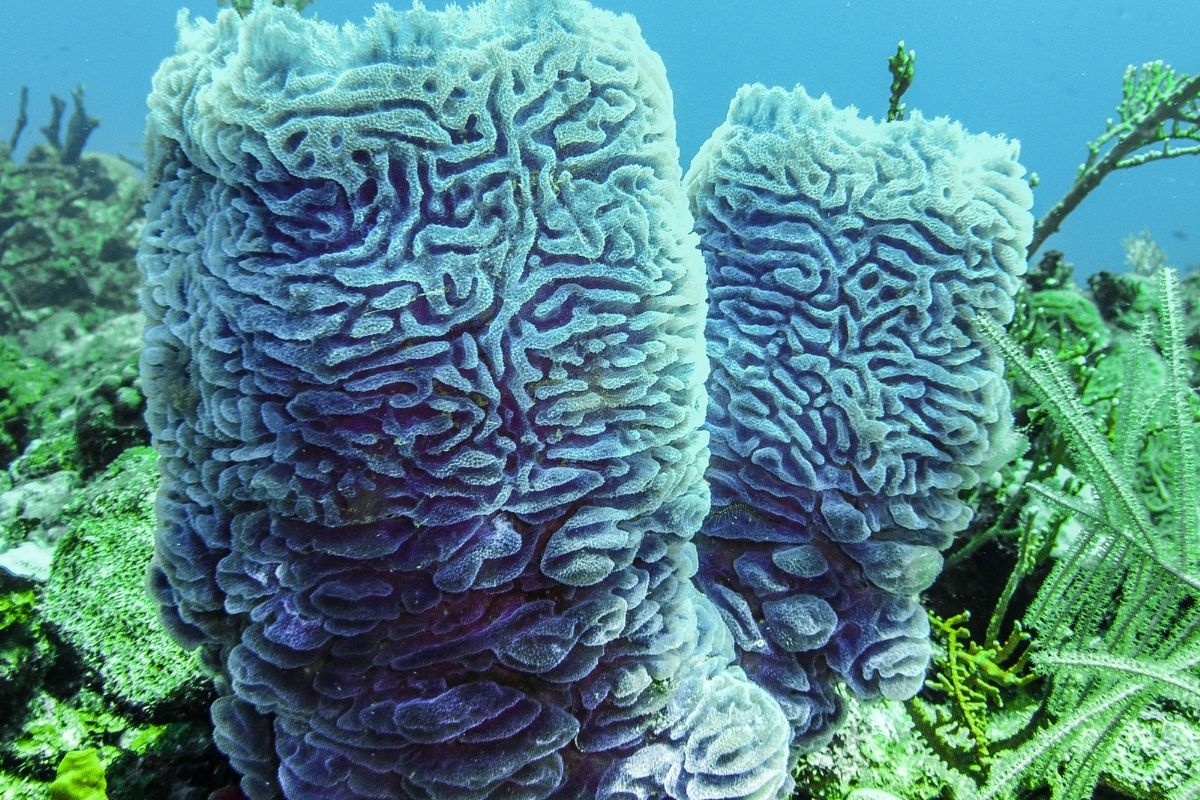 Sponges are some of the oldest multicellular creatures on the planet, having evolved about 600 million years ago. Their anatomy is extremely simple, and they have no distinct body systems whatsoever. They have no muscles, nervous system, or circulatory system; they can’t move independently or feel pain and do not have blood.

Instead, they simply absorb nutrients from microorganisms in their environment, straining seawater through their body to extract tiny nutritional particles. 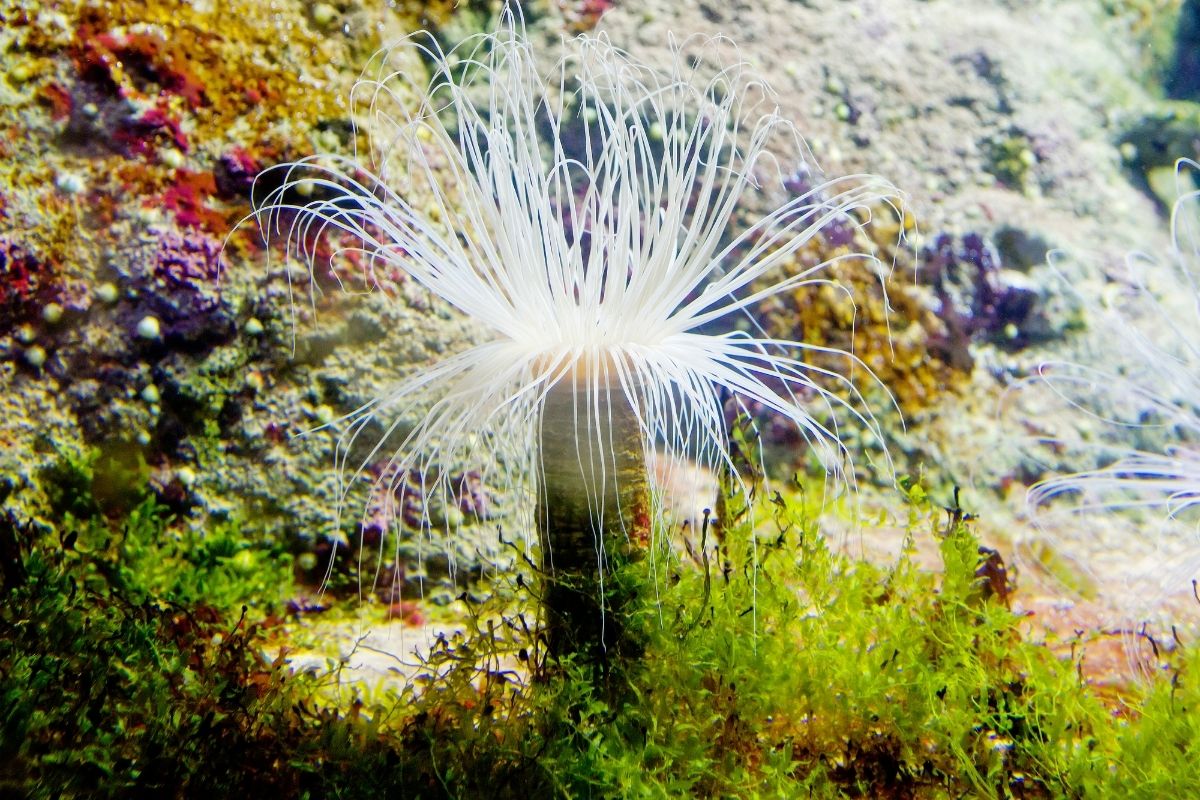 Most of us think of coral as a plant that just happens to grow in the sea. But it is a living animal — albeit an unusual one. Coral is alive and has physical needs just like other animals, but its anatomy and the way it gets nutrients are unique. Fascinatingly, coral does indeed have certain body systems, including a nervous and digestive system! But it does not have blood or a circulatory system.

Instead, it absorbs nutrients both through prey (which it can hunt for and catch without even moving) and through photosynthesis, absorbing oxygen and other important substances through light and water.

Learning About Animals With No Blood

While most animals with no blood live in the ocean, some are on land, as well! Some have rudimentary circulatory systems, some have alternate fluid that transports nutrients, and some simply absorb and process substances from their environment. Despite their simpler anatomy, one thing is certain: these creatures are as complex and fascinating as any creatures on our planet.