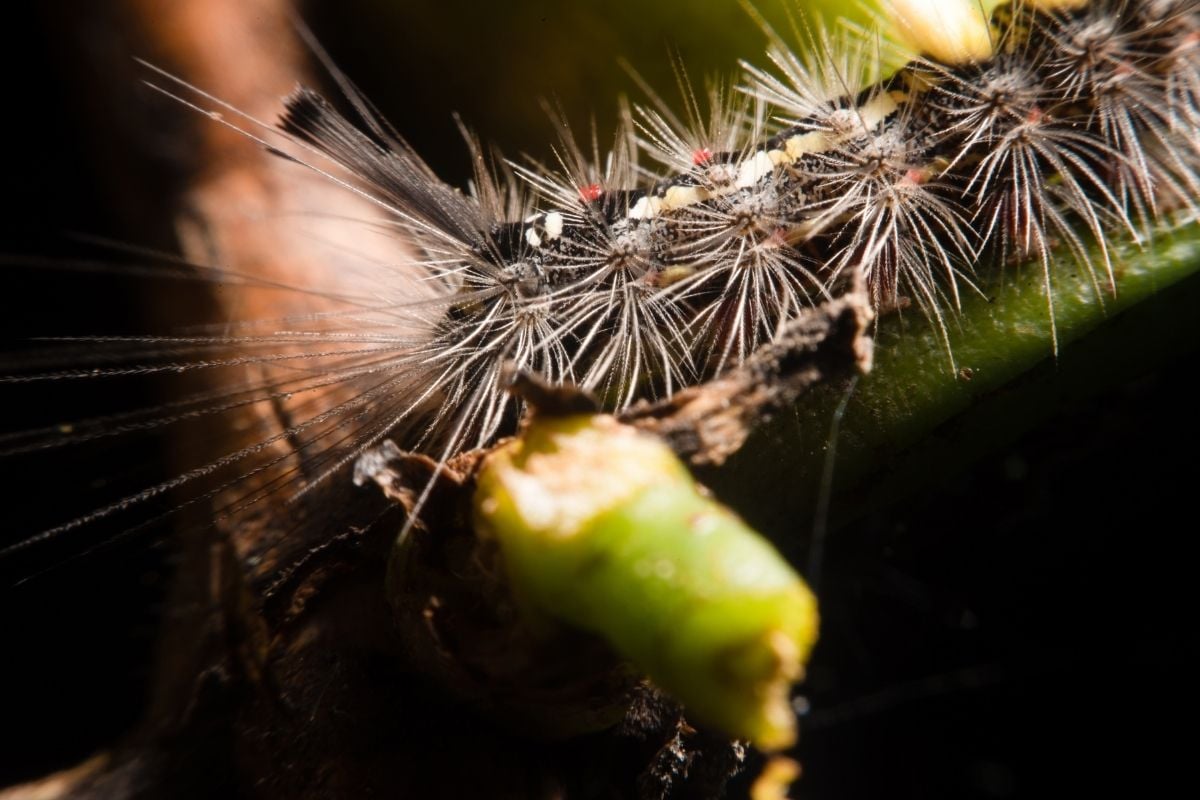 Most living creatures have red blood. There are many, however, that do not share this trait. Their blood can be blue, green, yellow, clear, and even purple.

Purple blood is often found in deep-sea worms such as the peanut worm and bristle worms. Brachiopods have blood that is such a deep purple that it is often thought to be black. The color of blood, which is normally used to carry oxygen throughout the body, is determined by what elements are used for this purpose.

For those with red blood, the common element is iron. The three creatures known to have purple blood do not have iron. A protein called hemerythrin is used to carry oxygen through their bodies.

Let’s take a look at these three fascinating animals. 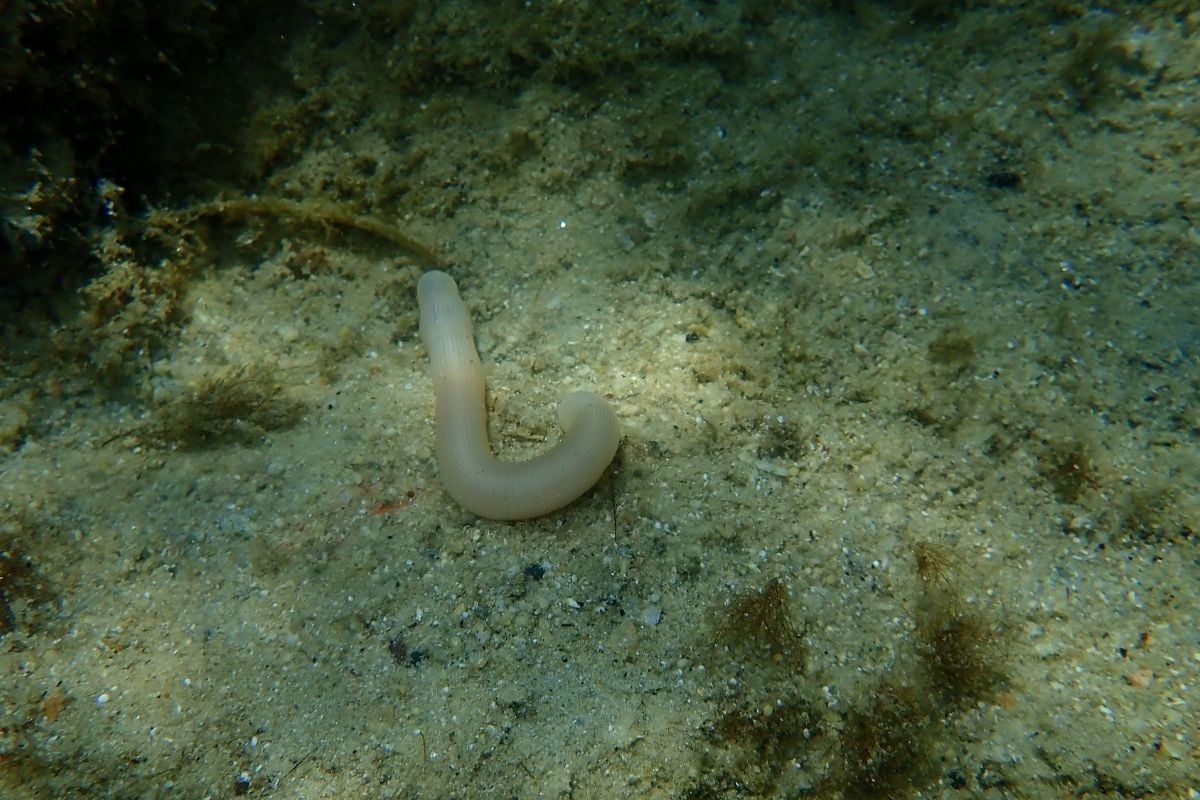 Dwelling at the bottom of many oceans, especially in the area of Hawaii, is the odd-looking peanut worm. The body of the peanut worm is without segments and it sports a bulbous trunk called an introvert. The mouth located inside this introvert is surrounded by a ring of tentacles that help guide food into the worm.

The peanut worm lives mainly on detritus, which is decaying matter from dead sealife. The peanut worm makes its home in a variety of locations. Most of the worms create burrows in the mud or sand at the bottom of the sea.

Others, however, prefer more luxurious homes in rock crevices or inside abandoned seashells. They rarely swim but instead move when necessary by twisting their bodies in every direction. When they are threatened, they can configure their bodies into a shape that resembles a peanut shell.

This is what has given them their unusual name. The same chemical that gives the peanut worm its purple blood also gives it the ability to regenerate should it lose part of its body. The skin of this sea creature is almost translucent, which makes it appear to be purple because you can see the blood running through it. 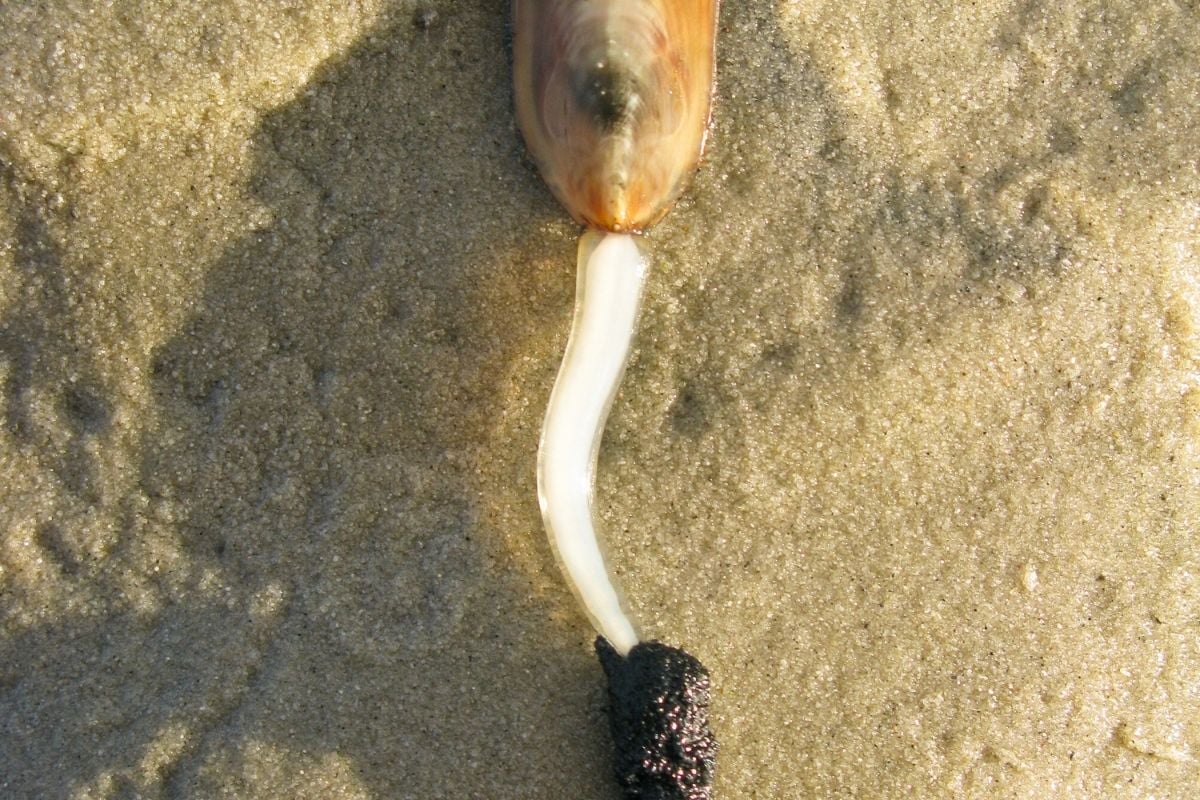 Brachiopods are also known as lampshades. These small marine shellfish have existed in the bottom of the oceans for more than 550 million years. It appears that they are able to survive in any temperature but prefer the cooler waters of the Arctic and Antarctic Oceans.

The shells that cover these sea creatures come in a variety of designs and without the shells, the brachiopod is completely helpless. Brachiopods can grow as large as 30 centimeters across.

Little is known about how brachiopods reproduce. They are either male or female when born and do not change sex throughout their lifetime of 3-30 years. It is believed that eggs and sperm are released into the ocean and combine.

Once the eggs hatch, the babies swim randomly until they find a hard service on the ocean floor. They then attach themselves to the surface with a fleshy stalk that is on their underside. This is where they will stay their entire lives.

In order to eat, they open and close their shells. Tiny hairs inside bring in water and the brachiopod filters out plankton and dead organic matter. The water then continues through a horseshoe-shaped organ inside and is released once the well is again opened.

The blood of this sea creature is such a dark shade of purple that many mistakenly think it is black. 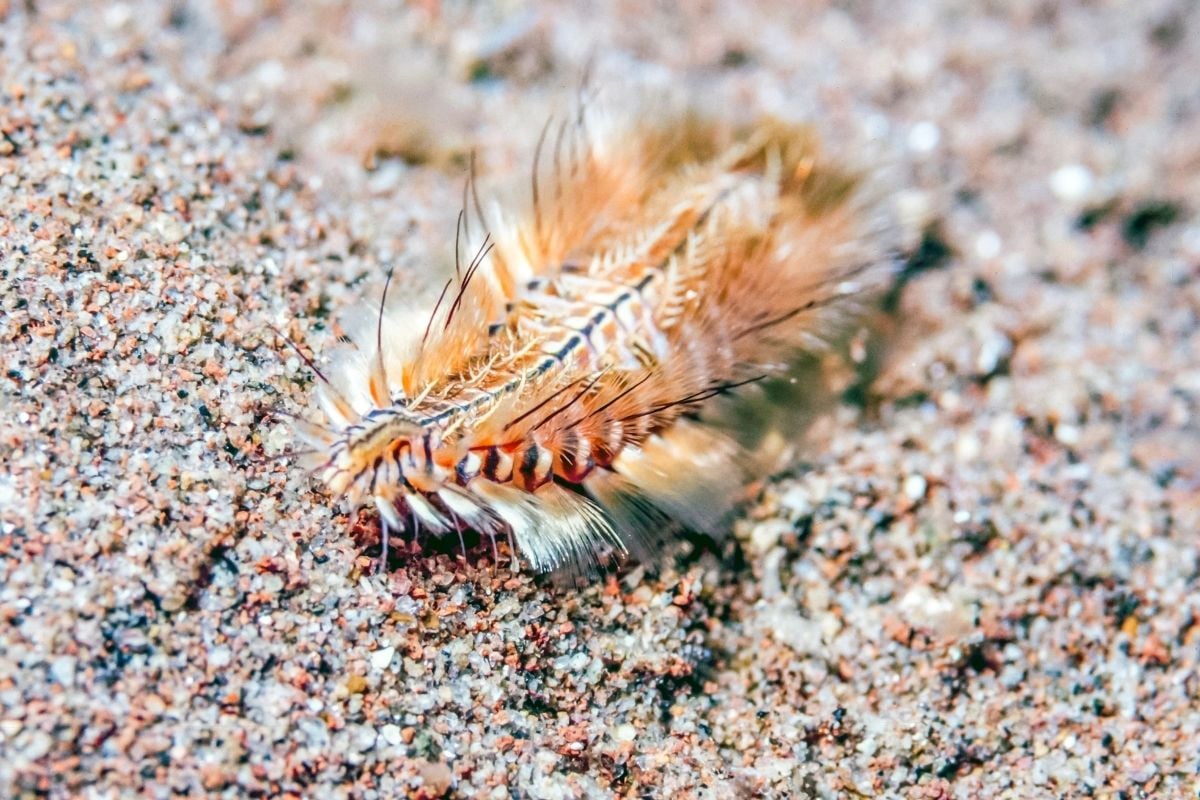 Bristle worms may be one of the most fascinating sea worms. At this point, there have been over 10,000 species of bristle worms discovered. These segmented worms are normally only one to six inches long but some have been found that have grown to be two feet in length.

They come in a variety of colors and patterns and some are poisonous, although most are not. Covering their bodies are tufts of hair that they use for moving around. Some prefer to use the hair to paddle, while others enjoy using them as legs and walking along the ocean floor.

These nocturnal creatures are most likely to be found living in crevices of rocks or under a live rock. The majority prefer salt water but it isn’t unusual to find a few in freshwater areas if they happen to find their way there. Some of the species of the bristle worm are carnivorous but the majority consume uneaten food, detritus, and carrion.

This food is sucked in with water and then the water is released. With so many different species of bristle worm, it is difficult to make general statements about them. Just as some eat plants and others don’t, they vary in whether they choose to live alone or in colonies.

Reproduction is achieved outside their bodies by releasing eggs and sperm into the surrounding environment. This appears to be a rather effective method as some variety of bristle worm has been in existence for over 500 million years.