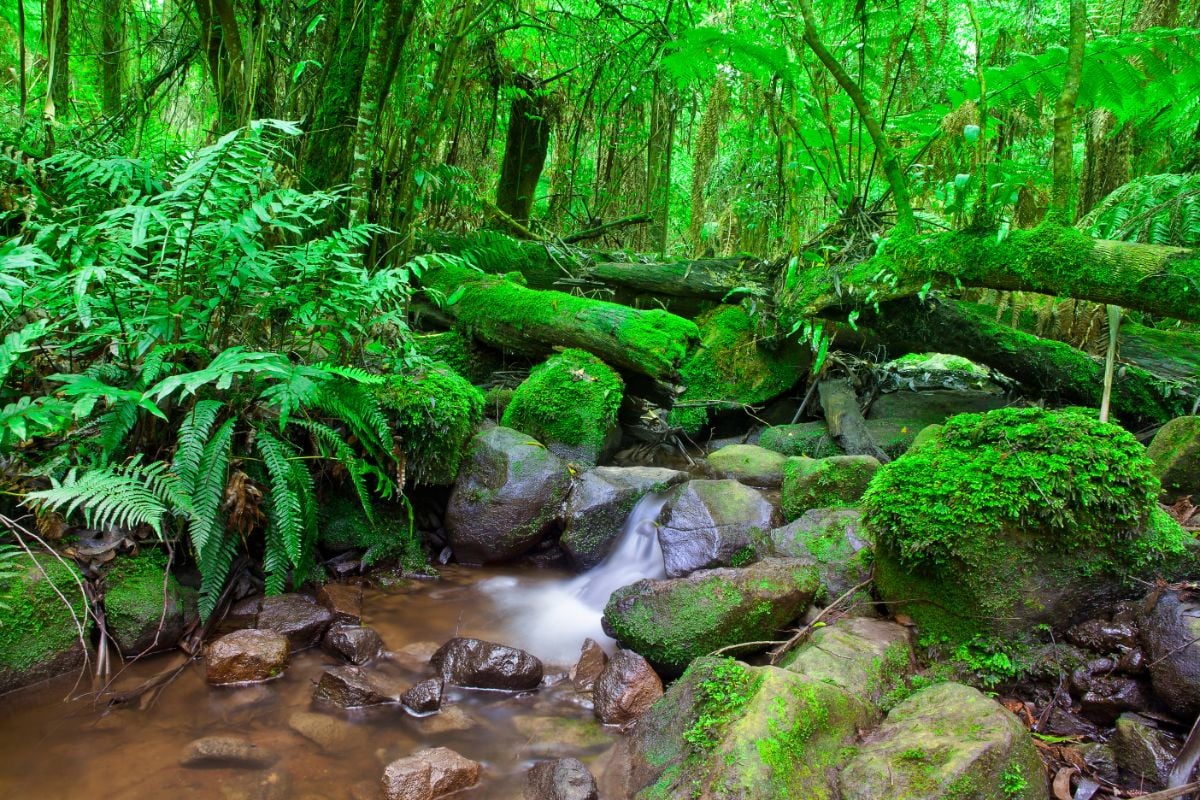 What is the youngest rainforest in the world?

Rainforests are the lungs of the earth. Tropical rainforests produce 40% of the Earth’s oxygen. Unfortunately, about half of the world’s tropical forests have disappeared as crops and animal farmland replace trees.

In the Amazon, the world’s oldest rainforest, illegal logging destroys 18.7 million acres of rainforest annually, or the equivalent of 27 soccer fields per minute. That’s why it’s pretty amazing that the world’s youngest rainforest…was built by humans on the top of a hotel the middle of a desert! Read on to find out more about rainforests and Rosemont Forest—the youngest member of the family.

What is a rainforest? 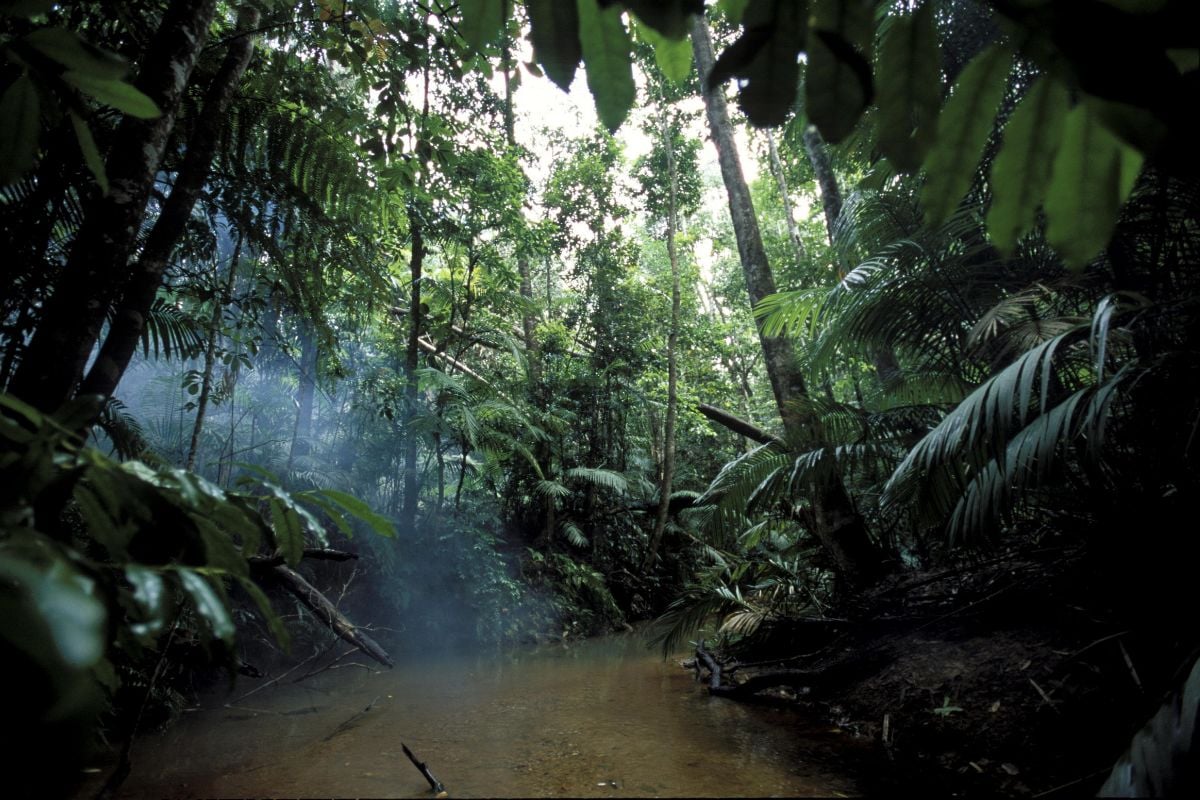 A rainforest is an area of tall, mostly evergreen trees that receives a high amount of rainfall. Earth’s oldest living ecosystems, some rainforests are 70 million years old! (That’s a lot of birthday candles!). These ancient forests are located on every continent except Antarctica.

They house an incredible diversity of lifeforms, many of which scientists think we haven’t even discovered yet. Each rainforest is characterized by a four-layer structure:

In the emergent layer, 200 foot trees reach for the sky, drawing water and sunlight in through their leaves and releasing seeds into the wind.

The canopy layer blocks wind, rain, and sun with a thick layer of vegetation to create a humid, dark environment with plentiful sweet fruits that attract lots of animals and insects.

Full of dimly lit spaces and large, strong-smelling flowers, the understory provides a home to many endangered and familiar rainforest animals. Elephants, pythons, antelopes, and gorillas all live here, as well as camouflaged hunters like the spotted jaguar and the deadly green mamba.

Leaves fall and decay on the forest floor, creating a rich environment for decomposers—termites, slugs, scorpions, worms, and fungi that break down decaying material into nutrients that feed the forest. Floor foragers like anteaters find insects and tubers in this layer, and in their turn feed predators. 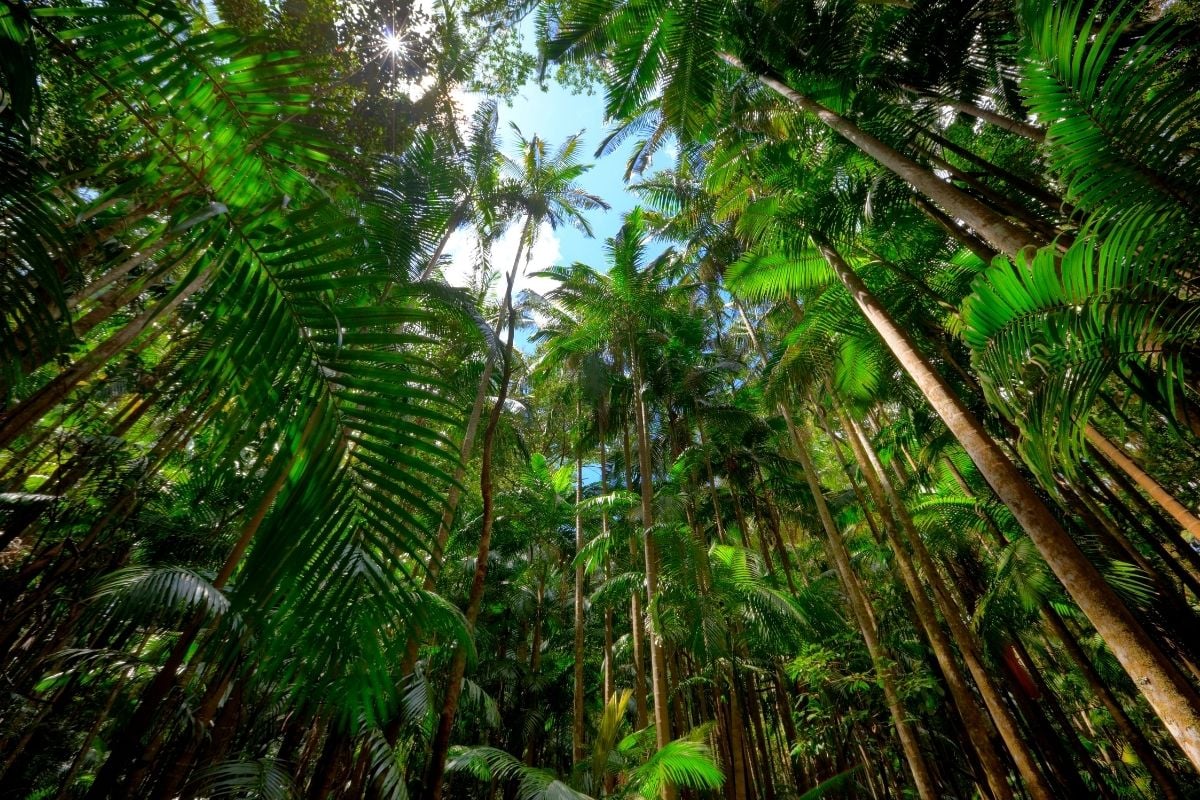 Rainforests can be tropical or temperate. They differ by location and climate.

Located in places halfway between the Earth’s equator and its poles, tropical rainforests stay hot and humid, producing 75% of their own rain as it evaporates and falls. The ample sun and moisture nourish thousands of species of plants, birds, fish, mammals, and insects.

In the peninsula of Malaysia, Royal Belum State Park has the oldest rainforest. At 130 million years old, it’s even older than the Amazon rainforest. In fact, dinosaurs still roamed the earth when this rainforest formed.

However, some have argued that the Ice Ages interrupted this formation, cooling the Malay Peninsula and replacing forests with open savanna. When the global climate warmed again, new rainforests formed. These new rainforests are less than 20,000 years old, rivaling the 18,000-year-old forests of the Congo for the title of the world’s youngest rainforest. 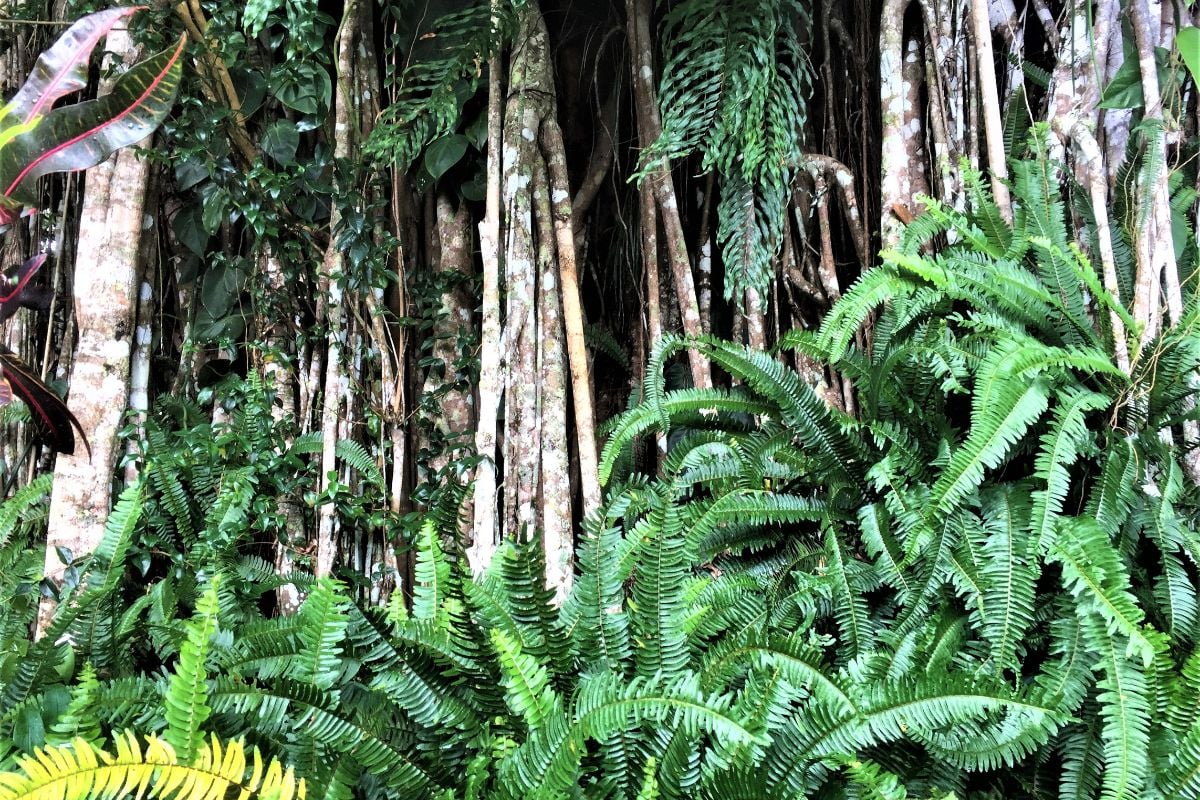 But that title may belong to the Rosemont Forest. Located in Dubai, a part of the United Arab Emirates near Saudi Arabia on the Persian Gulf, it is certainly hot. But this desert climate is the opposite of humid.

Nevertheless, the Rosemont Hotel and Residences has created a 75,000-square-foot outdoor rainforest layered on the hotel’s third floor and rooftop. Since 2018, guests can enjoy adventure trails, waterfalls, and cool shade during Dubai’s summers, when temperatures reach 100 degrees Fahrenheit. Despite the desert heat, the Rosemont rainforest doesn’t draw from already depleted water pipelines.

Instead, its humid climate depends on a cycle of evaporation and condensation from the hotel’s air conditioners and treated wastewater. Its aim is not only to provide a luxury getaway, but also an educational location comparable to the U.S. Botanical Garden in Washington, D.C.

That’s according to DJ Armin, the managing partner of the design firm behind the hotel that also created the world’s youngest rainforest.