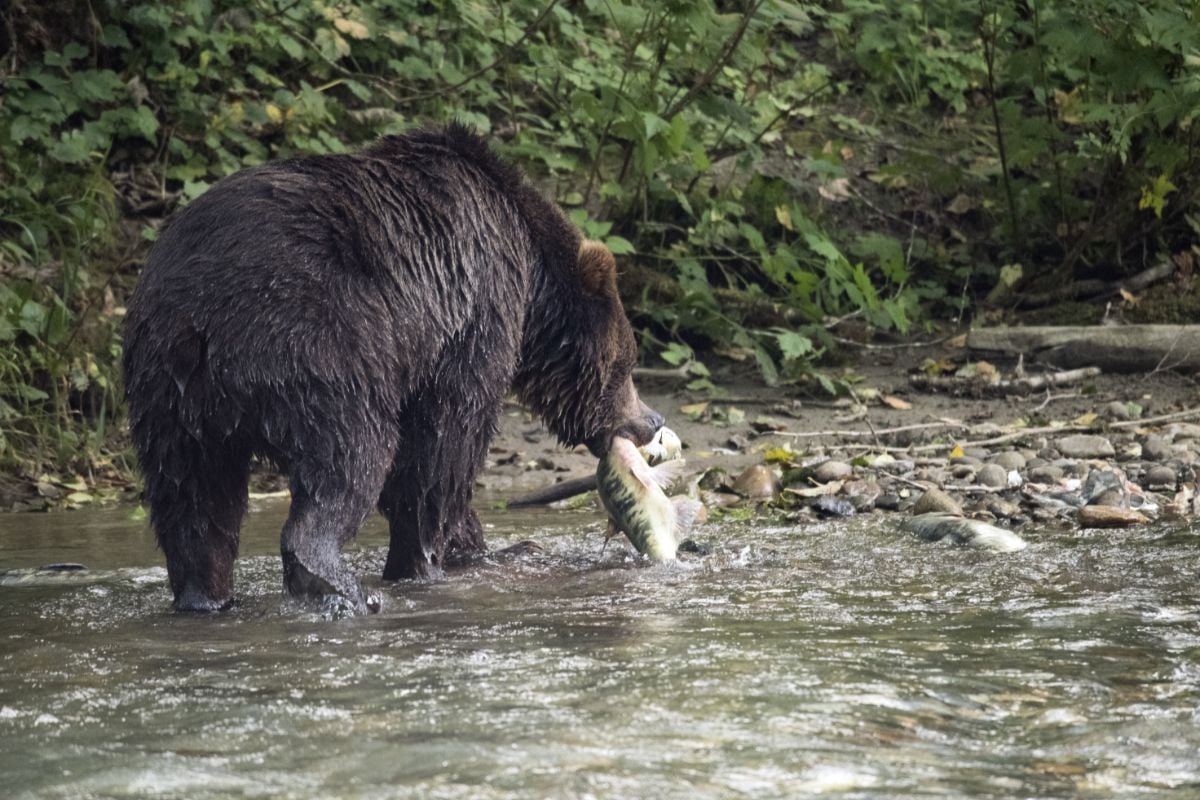 Coyotes eat just about anything they come across, most of which is some form of meat. They often hunt deer, fish, crustaceans, snakes – yes, snakes. And they do that pretty smoothly by teasing the snake long enough for it to straighten out.

Once they’re uncoiled, the coyote can grab onto their head and begin to feast. Seeing that I’m not exactly a fan of snakes, I’m happy to know that there is something out there ready, willing, and able to defeat them. Coyotes are also known to eat pets and more.

With such an equal-opportunity and ravenous predator, it’s easy to wonder what – if anything – eats it. A common question is whether or not a grizzly bear will eat a coyote. The answer, in short, is yes – but it’s not usually an active pursuit.

Contents show
A Grizzly Diet
When Do Grizzlies Eat Coyotes?
How Can a Grizzly Bear Catch and Eat a Coyote? 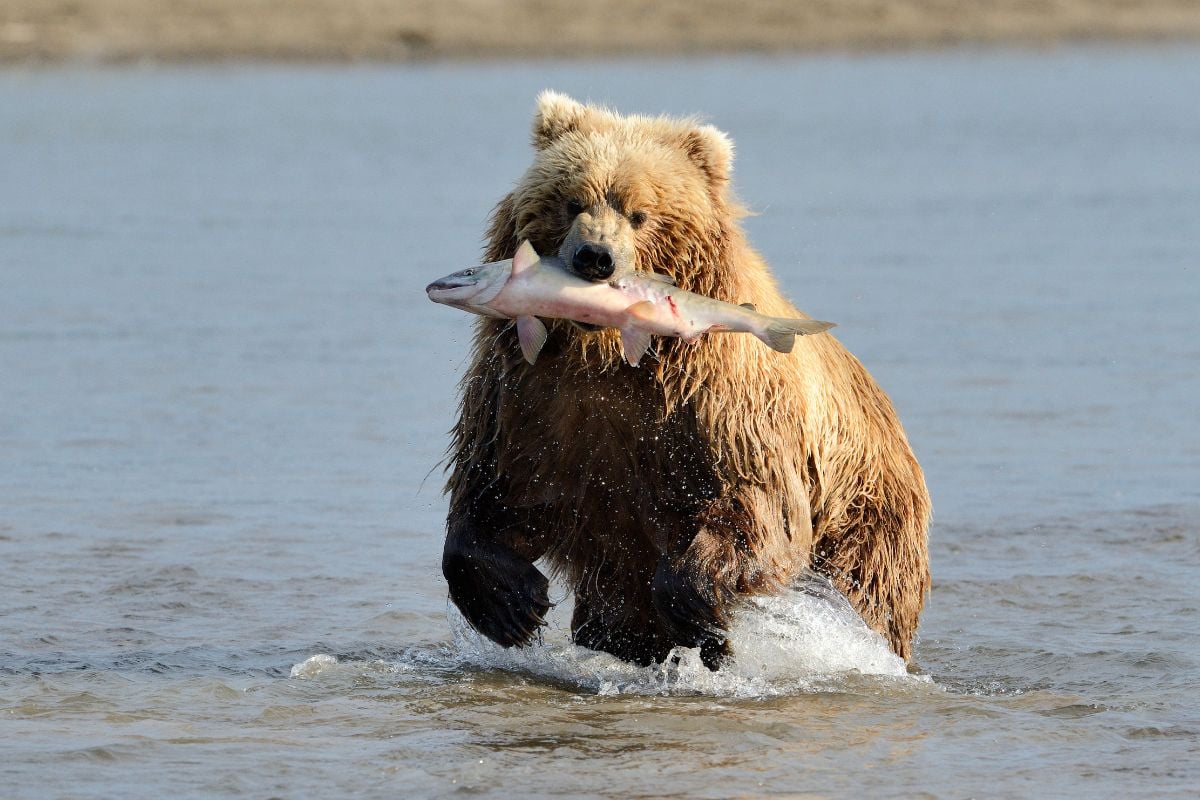 Grizzly bears are omnivores. In case you’ve blocked science class from your mind, an omnivore is a creature that eats both plants and animals. While this is the case with bears, most of their diets consist of plants they find as they roam.

Can you imagine being able to just roam the wilderness, munching on whatever you come across and napping whenever you choose? It sounds a bit dreamy. In any event, that’s how grizzly bears tend to live life – most of the time.

Sometimes, though, they actually decide to hunt. Maybe that’s because they haven’t come across any appetizing vegetation. Or maybe they just decide it’s time for something with a little more substance.

See also  What Animal is Similar to a Butterfly?

When they do decide to hunt, their prey can include anything from fish to elk. If they run across domestic territories, they’ll take advantage of cattle and sheep, too. And during the summer and fall, they’ll eat more to build up their fat reserves so that they can survive the winter season.

When Do Grizzlies Eat Coyotes? 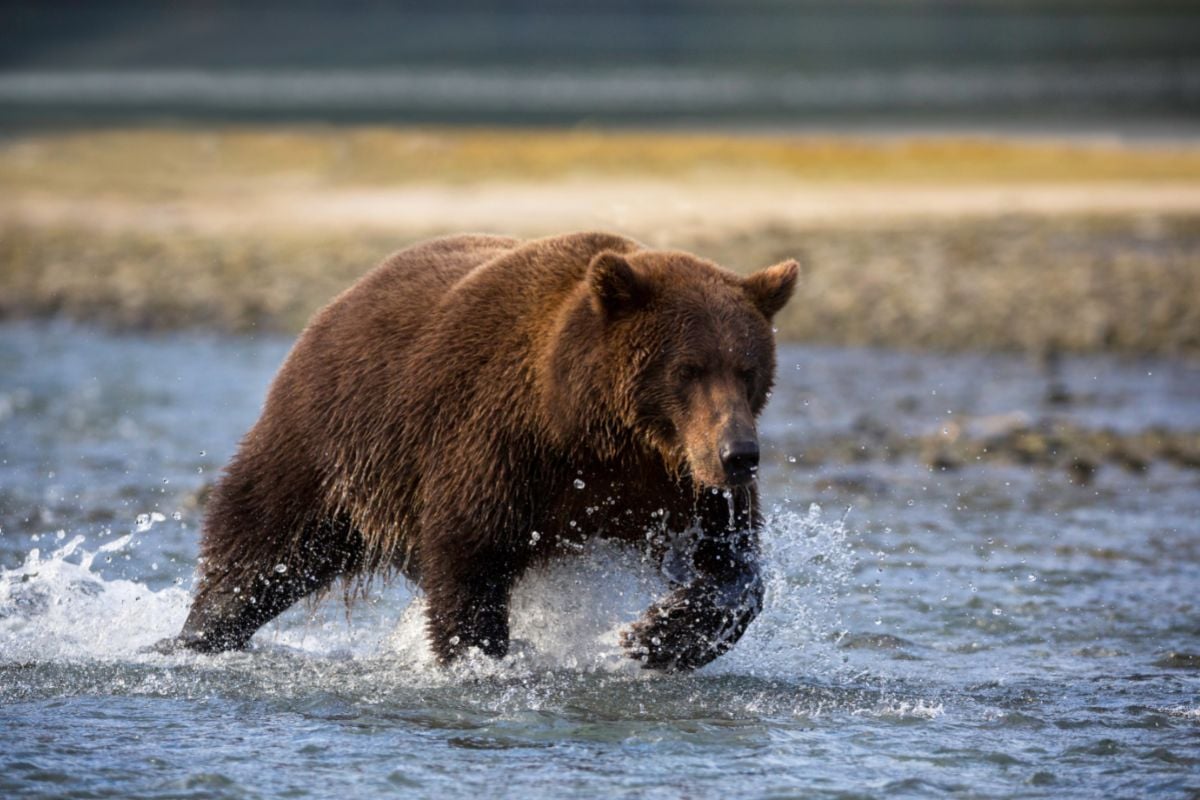 However, they will readily kill a coyote in the right set of circumstances. For example, if a coyote decides it wants to eat a bear cub, Momma Bear will come out swinging. Mr. Coyote will be no more.

They’ll also get really protective if the coyote is invading the bear’s territory.

If the coyote and bear meet on neutral turf, though, the bear will typically look for other prey. 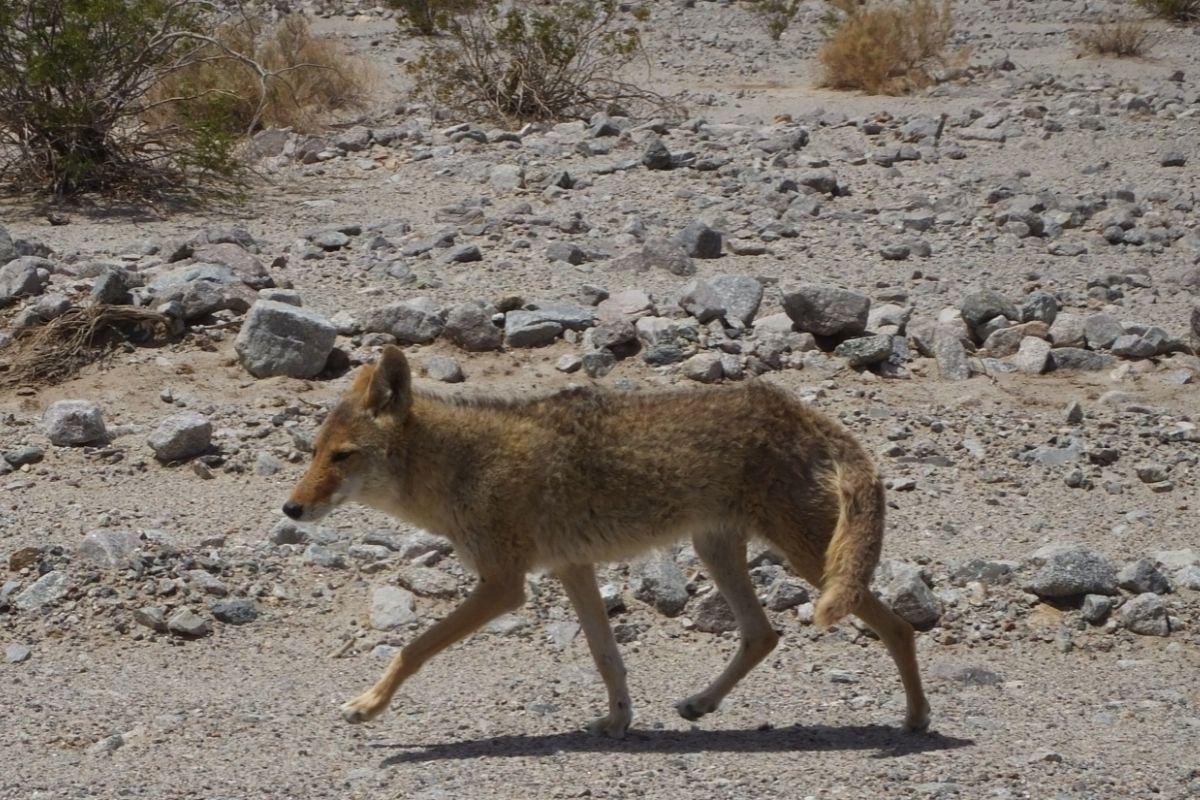 But, if the coyote has decided to hunt the same prey, a bear will not hesitate to kill the coyote for its food.

So, let’s review. Bears like to live pretty peacefully, and they will not go out of their way to hunt down a coyote. However, if a coyote is threatening the bear’s territory, babies, or dinner – well, that’s a different story.

And, of course, if the bear is starving and there is no other food in sight, it might just make do with a conveniently placed coyote.

How Can a Grizzly Bear Catch and Eat a Coyote?

It’s easy to look at a grizzly bear’s size and think that there’s no possible way it could be fast enough to catch up to a coyote. This is a complete misconception, though. Grizzly bears may be large, but they are not slow by any means.

They can run up to 35 miles per hour, which is very near a coyote’s speed. Now, a coyote is smaller and can run full speed for longer distances. If it isn’t caught off-guard by the bear, it has a chance to flee.

However, a bear can charge without warning. Once close enough, the bear can strike the coyote with its claws, and the coyote will be done for the count. It doesn’t always have to strike it, though.

Sometimes, it comes up on the coyote fast enough to grab its back and immediately sink its teeth into its neck. Bears are definitely peaceful animals normally, but they can be absolutely vicious when they feel it’s necessary. And they have the strength, speed, and sharp retractable claws to get the job done. 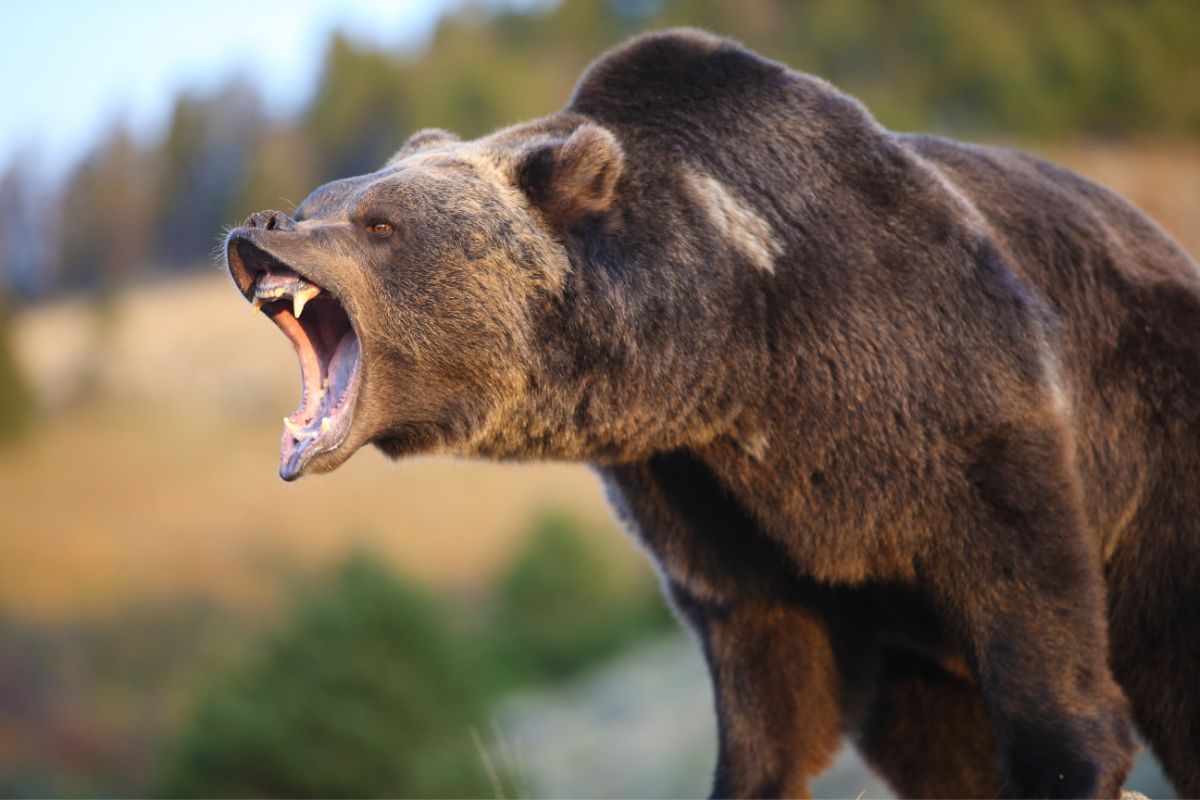 So, can a grizzly bear kill a coyote? Certainly – without too much trouble or remorse. However, they’d prefer to eat food that comes more easily.

They’re more likely to sniff out and eat a dead coyote than willingly hunt and kill a live one.