What animals are edible in the Amazon rainforest depends on how hungry you are and your situation. If you survived a plane crash and had little chance of being rescued, you might be willing to eat things that you would not if you were adventure hiking for a weekend. There is also a difference between edible and eatable.

Edible means it can be eaten without harm to the person. There may be things that are too disgusting or too difficult to eat. Here are some animals you could eat in the Amazon rainforest, and you have to use your imagination as to whether that means eatable. 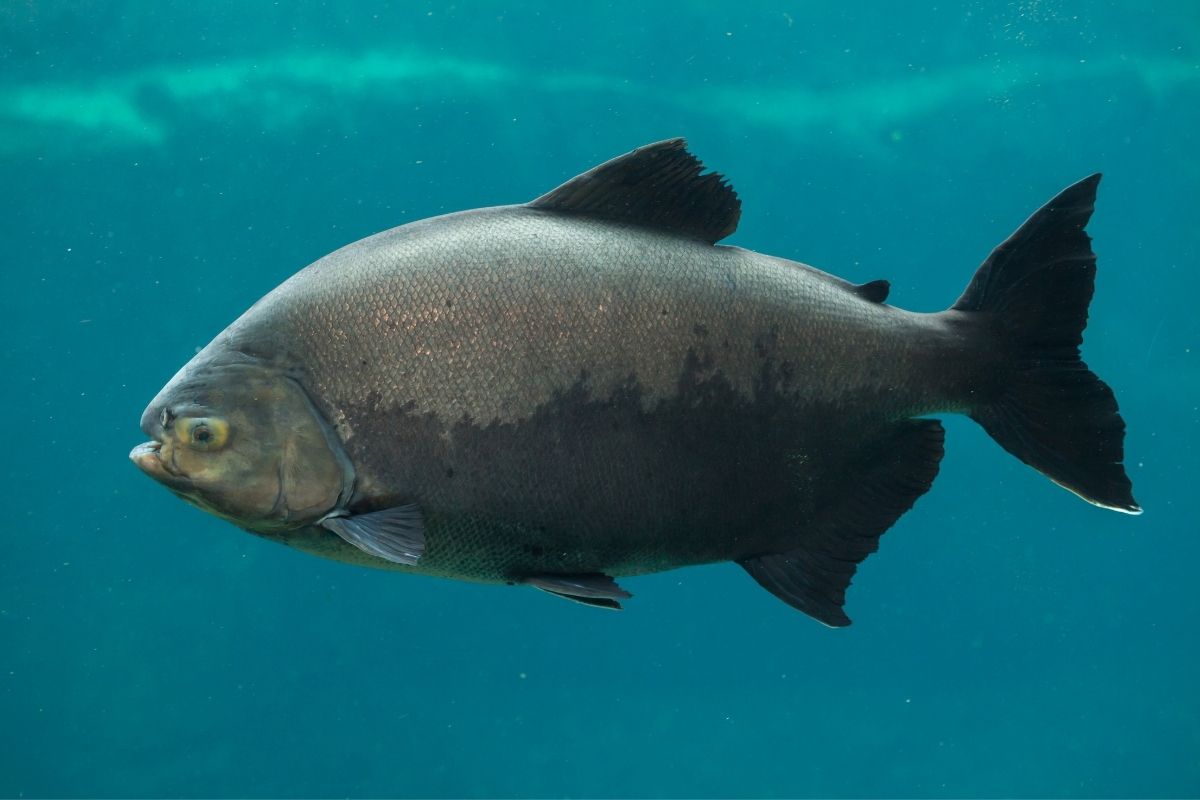 Paiche is the second largest freshwater fish in the world. It is a very tasty fish and restaurants as far away as Canada offer it on their menu. These fish can get to seven-feet long.

They are slowly becoming endangered due to overfishing, but there are ethical ways to eat Paiche. It has a firm substance and can be cooked by any means you can think of. Tambaqui is a fish that eats fruit and seeds and is widely regarded as one of the best-tasting fish in the entire world.

They can get very big, up to three feet long, and are relatively common along rivers. Piranha has a reputation for being a nasty, dangerous fish. Their reputation is overblown, and they are edible.

There are several species of piranha, and some are more popular than others.

If you happen to be stranded or lost, you might be willing to eat any fish you can catch. Nearly all fish can be eaten, but not many taste as good as Paiche. You can catch fish at night along a river even if you don’t have any fishing gear.

The website Survive offers this tip for catching fish at night. It describes how to make a torch first. “They are attracted by the light sources, taking the torch near the water surface the fish will approach, take advantage of the time to hit them with a wood weapon, when they have been stunned, grab them quickly.” 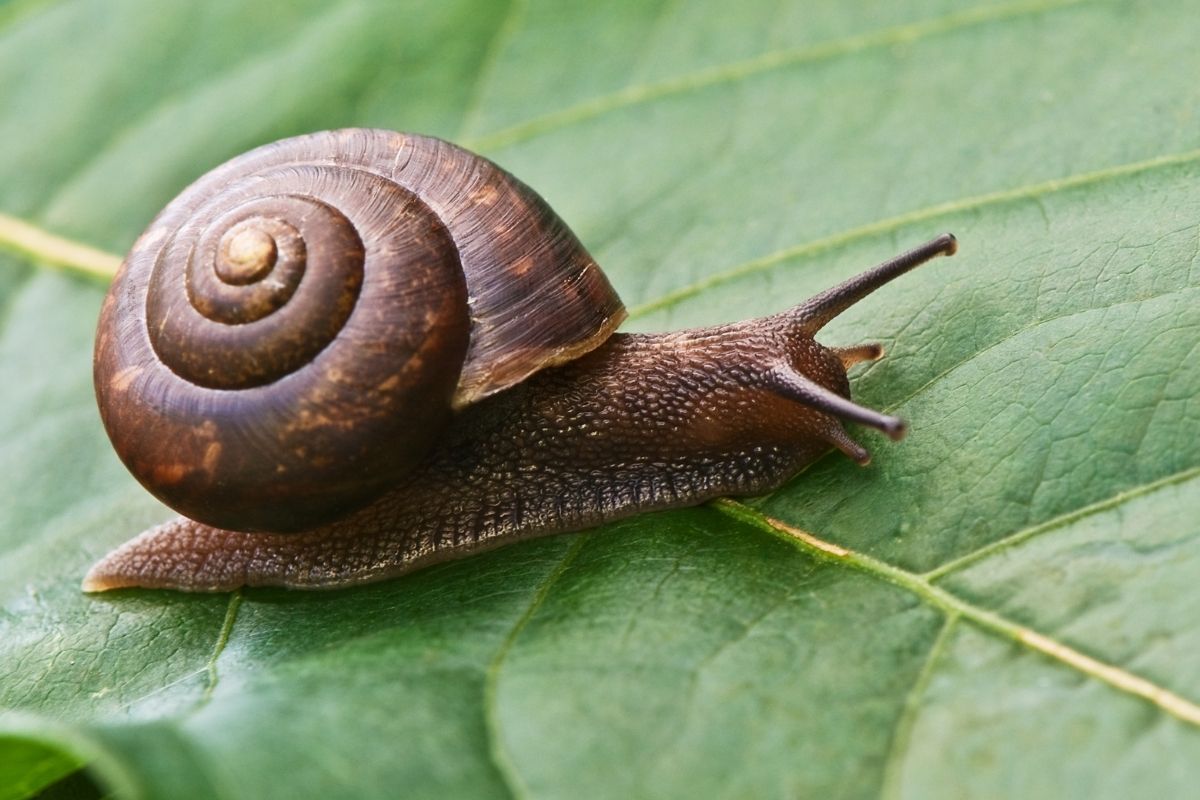 These are not just any snails, they are giant snails, and are called “Churros” locally. They are a good source of protein. They are not appealing visually, and taste rather bland, but if you were lost in the jungle they would be a welcome sight.

Churros are used in stews and along with other foods. Because of the bland taste, they are not often eaten by themselves. They are a popular food for people who live in the area and are sold in markets.

They can grow to six or seven inches long. Locally, they have a reputation for being an aphrodisiac and a cure for a hangover, in addition to a natural food source. 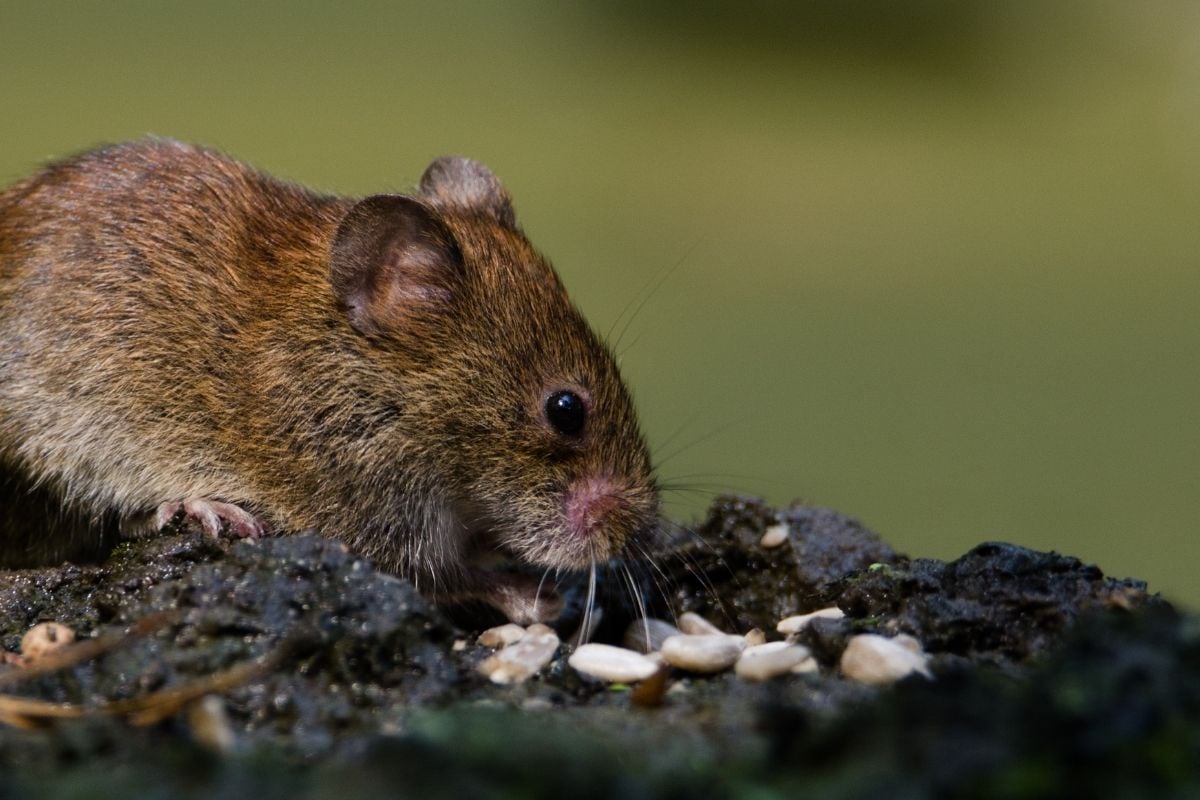 Grilled Picuro is popular in restaurants and is especially good when grilled. The Capybara is one of the largest rodents in the world and can grow to 140 pounds. They are popular to eat in Venezuela, but not so much in other areas. In Venezuela, they have become endangered and hunting is now limited, but there are areas where they are plentiful.

Rats, mice, and red-sided opossums are all edible rodents that live in the Amazon rainforest. None of these are endangered. We may not think of rodents as something good to eat, but in other parts of the world, they have a different attitude.

“We’re conditioned poorly in the United States to think of rodents as rats in sewers and such things,” said Rexford D. Lord, a capybara expert at the Indiana University of Pennsylvania. “Actually, capybara meat is delicious. It’s more like a rabbit than chicken, though when dried with sea salt in Venezuela it acquires a fishy flavor.” 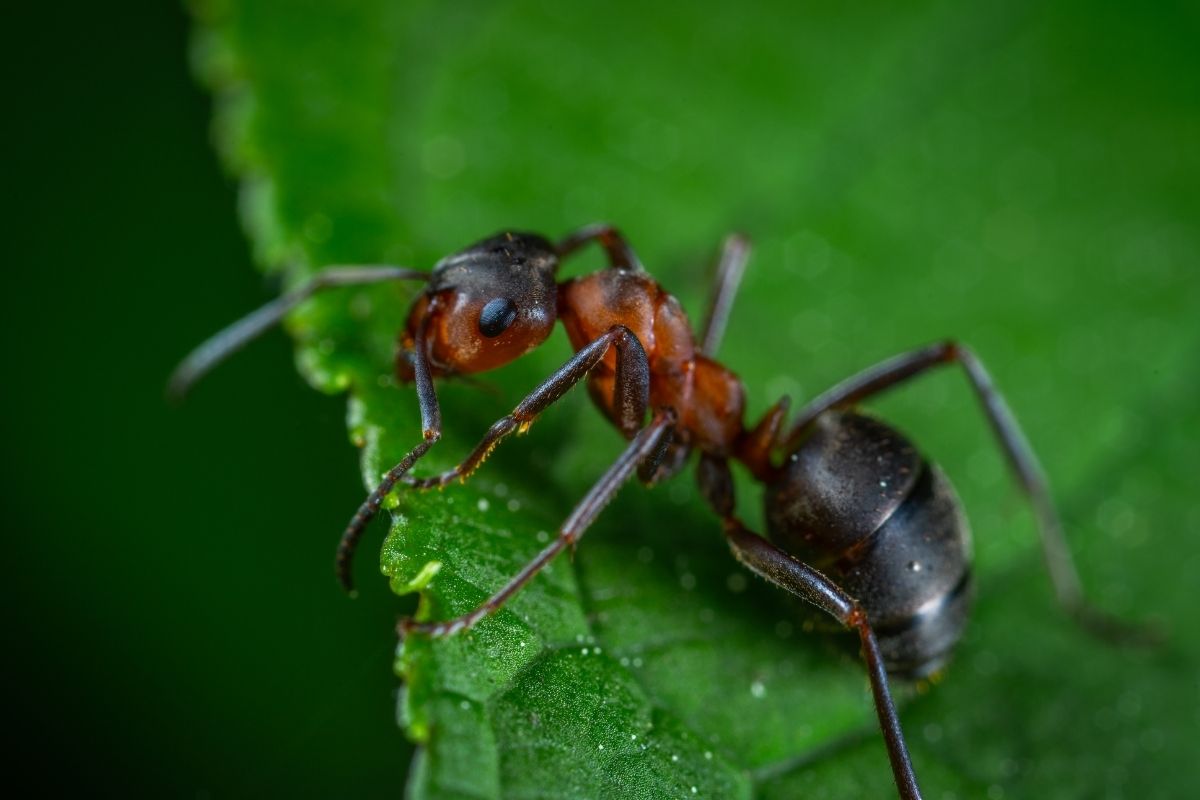 Insects may test your bravery, but for the most part, they are a good source of protein and basically healthy.  Here are some insects you could eat in the Amazon rainforest.

Suri is a fat grub, the larvae of the South American weevil. They sound bad and look worse, but people in the region have been eating them for many generations. They come from rotting trees.

They are grilled and crispy. Locals eat them raw, and even alive. You do need to remove the head and intestines first.

Any kind of ant is edible, but the large leafcutter ant of the Amazon Rainforest is a delicacy to some. They are roasted in a pan. As you would expect, they are crunchy and taste like pork cracklings.  They are an acquired taste perhaps, but they would be a welcome sight if you were starving. 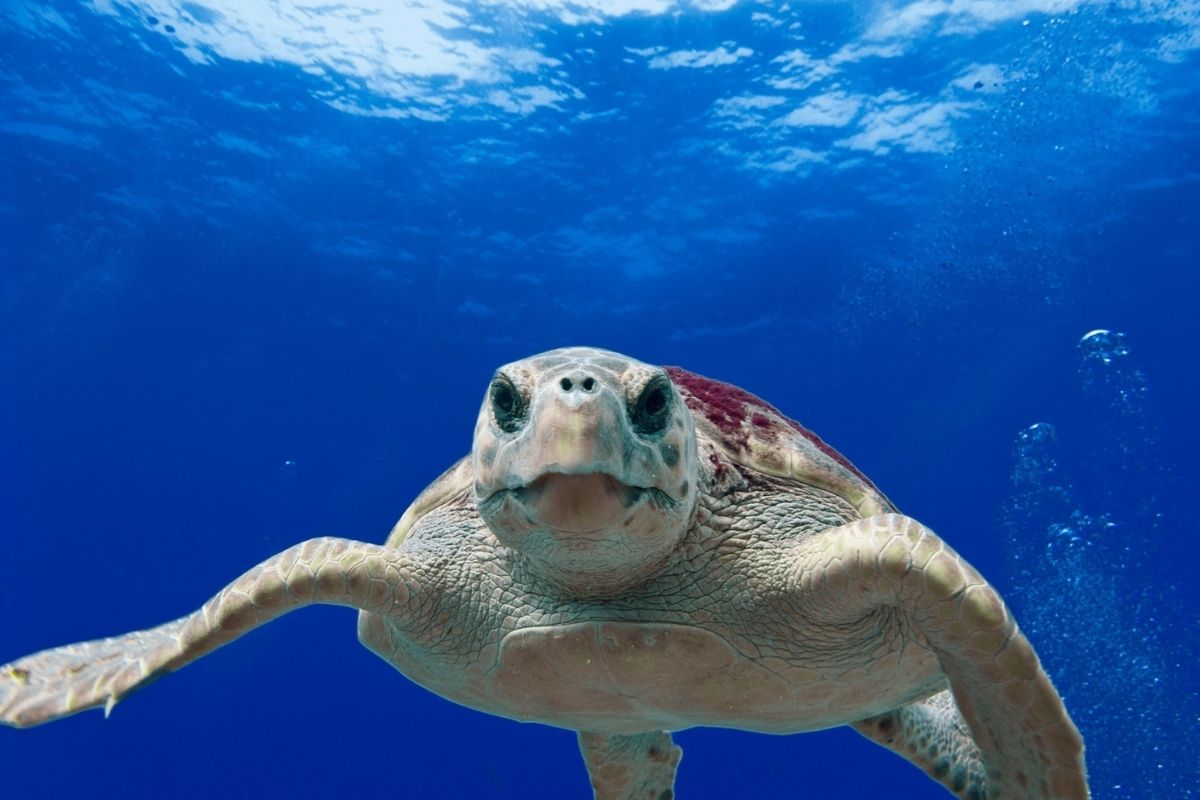 Large turtles are plentiful in the Amazon Rainforest and are a popular dish in Peru.  Turtle soup is a popular meal in Peru, and it is prepared in the shell of the turtle. The yellow-spotted turtle is also popular in Brazil.

There is some controversy, however. The Brazilian government has banned the capture and sale of turtles or their eggs because they are endangered.  Indigenous people depend on them for sustenance, and they are a delicacy for the rich.

Still, they are edible and are said to taste good. 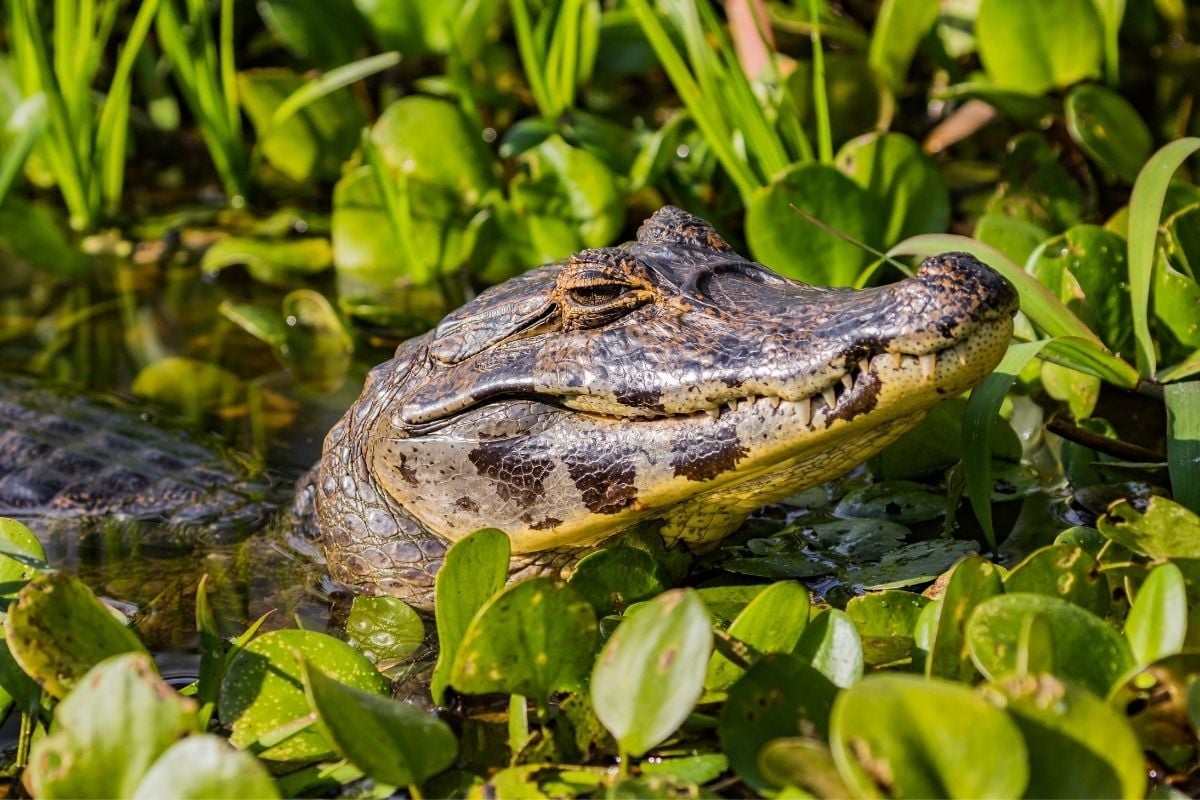 The caiman looks like a small alligator and is related.  The black caiman is as big as an alligator, at 15 feet, and just as dangerous. All other species are about half that size, and both are found in the Amazon rainforest along rivers.

There are no alligators in the Amazon rainforest, but there are crocodiles.  While the caiman is edible, it is not advisable unless your survival depends on it. They are known to have bacteria that can be harmful to humans. The meat is also very fatty and not healthy.

Lizards are also reptiles that can be eaten, and in general, they are not as dangerous to eat as a caiman.

There are a lot of different kinds of animals in the Amazon Rainforest. Many of them are edible. Here are some more that you could eat, and some are good.