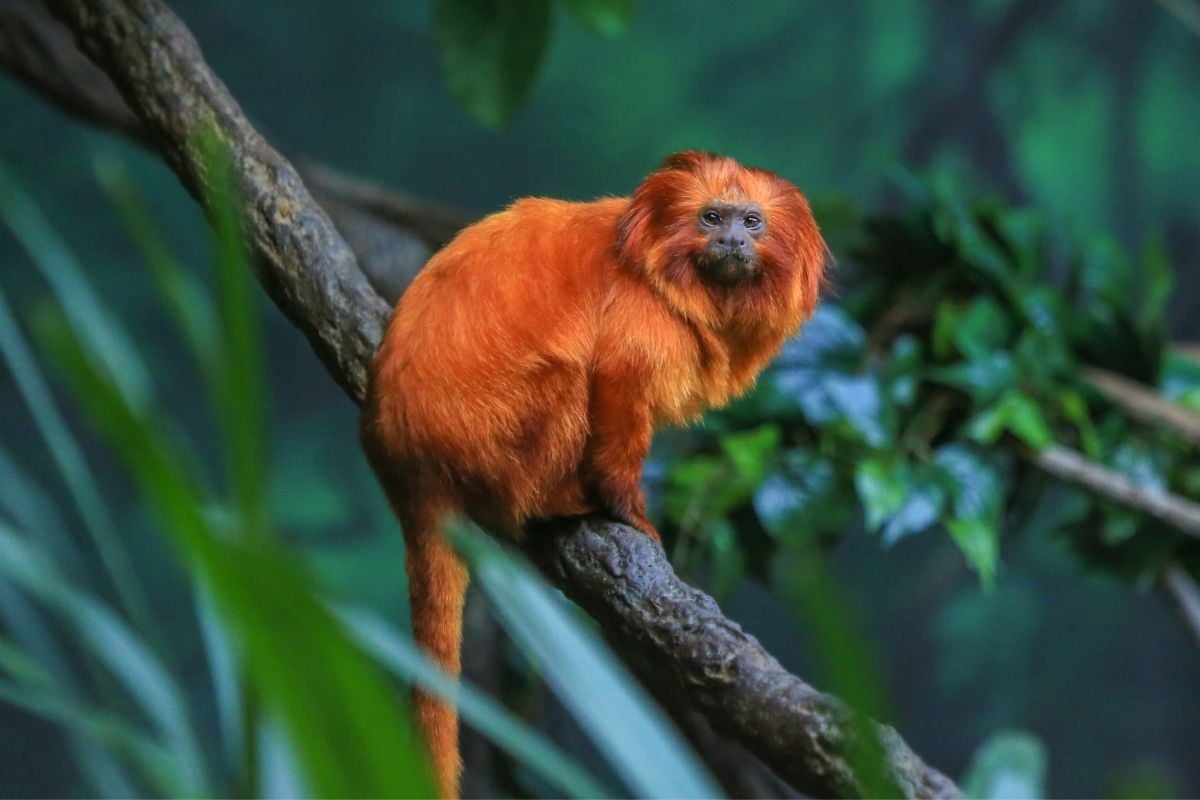 The Amazon Rainforest is home to more than 427 mammal species, newly discovered each year. For now, the pygmy marmoset is the smallest known mammal living in the Amazon forest. I’ve always wondered what these tiny creatures were like as their videos popped up online.

They always seem cute and pet-like, making them enjoyable to learn about. So, I’ll teach you what I’ve learned about this species and how they survive the harsh Amazon Rainforest.

What is the Pygmy Marmoset? 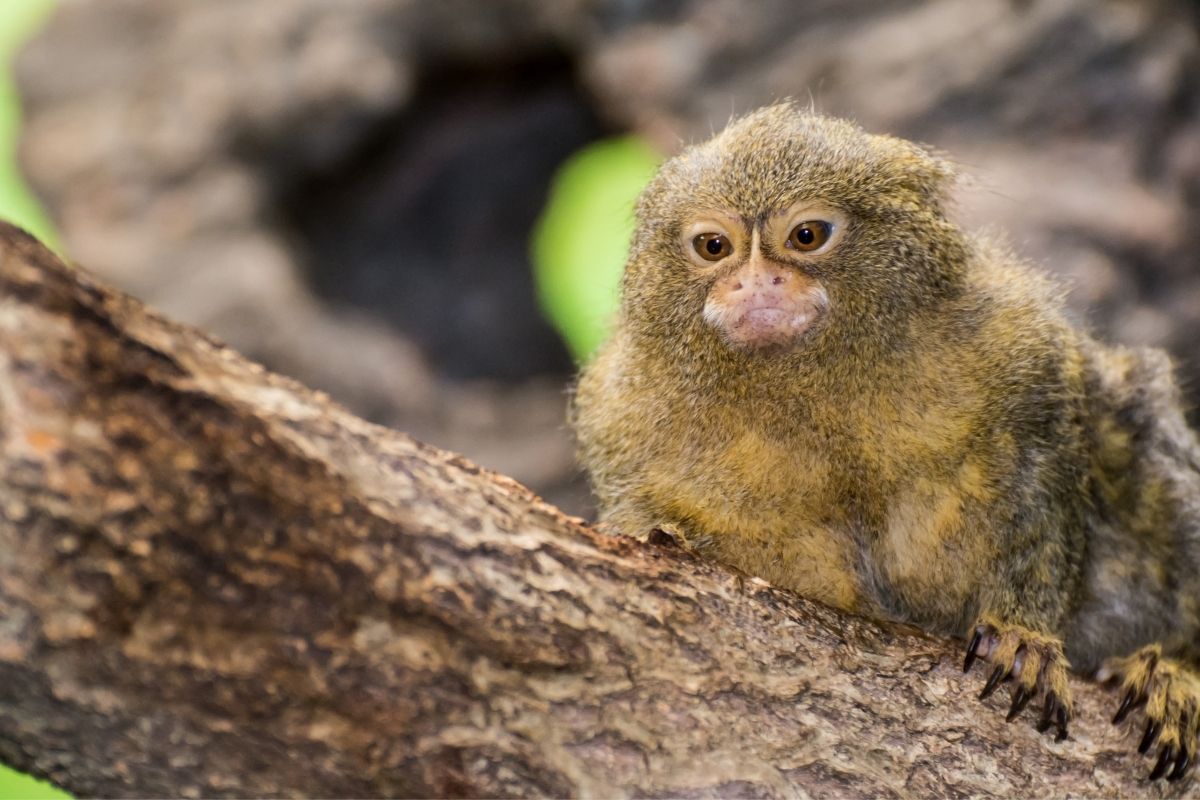 The Pygmy Marmoset belongs to the Cebuella genus family and is native to the rainforests of the western Amazon Basin located in South America. It’s one of the smallest primates and weighs just over 100 grams. As a comparison, they weigh similar to that of a soap bar.

Its physical stature includes a head-body length up to 152 mm and a long tail that extends up to 229 mm. The Pygmy Marmoset also has a fur color of brownish-gold, grey, and black and may have species of yellow, orange, and tawny underparts. Some standout characteristics include a black ring around its tail, a face with white flecks, and a vertical line between its eyes.

Another characteristic that sets this monkey apart is that it’s been adapted to survive the harsh environment. One adaption is that it can rotate its head up to 180-degrees, which can help it stay alert.

Aside from that, the Pygmy Marmoset has sharp claw-like nails called tegulae that help it cling to trees and also collect food. These claws are similar to insect-like claws and can be used for claw-clinging behaviors and foraging.

Lastly, the small monkey possesses enormous strength and can leap up to 16 feet from branch to branch. 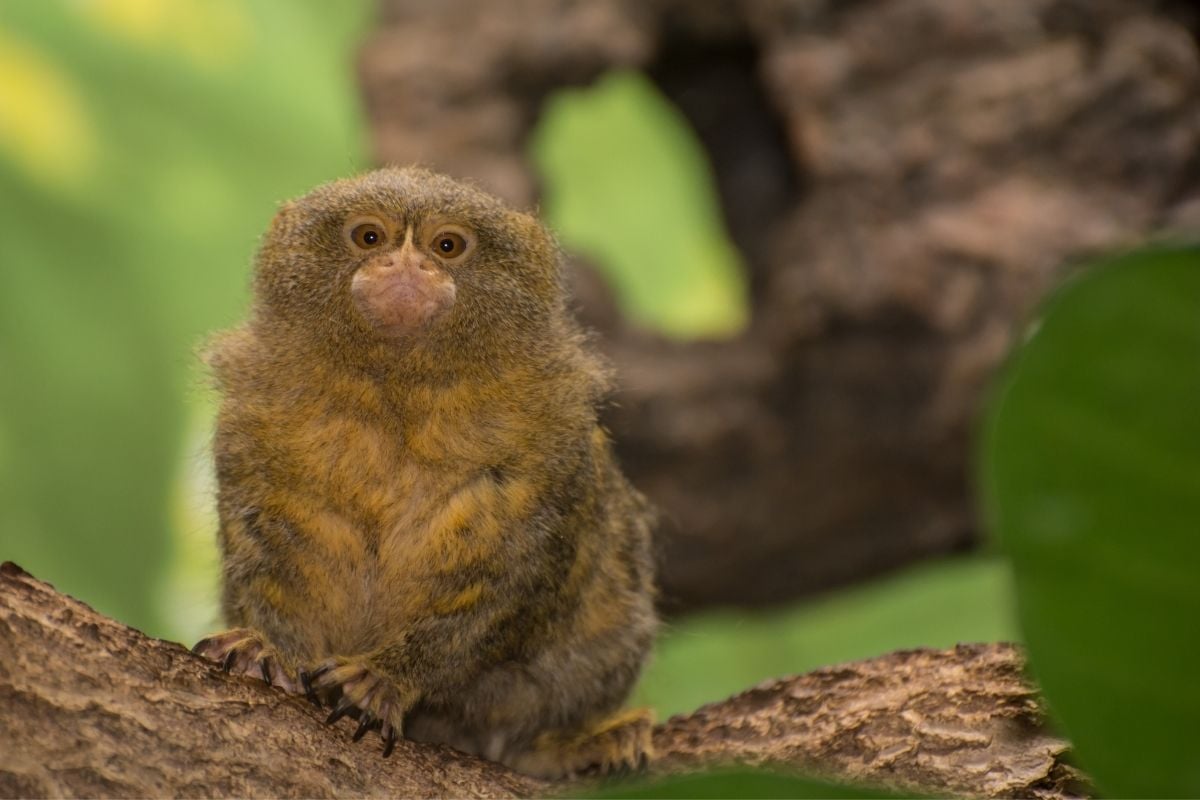 The Pygmy Marmosets often live in groups of about two to nine members. The group will live and travel together from tree to tree and scavenge for food until resources are drained. Groups often have up to two adult males and two adult females, the rest being offspring.

They also have their own unique language of shrieks and trils used to communicate with one another. Each scream signals other family members information such as food, feeding, travel, and danger. Depending on how far one monkey is from one another, they also have a different language and volume, which is also used to communicate with neighboring groups.

Behavior-wise, the Pygmy Marmoset is often very territorial when near its group and can be highly aggressive. Due to other primates and species scavenging for resources, the monkeys, mainly males, watch over the group and attack when necessary. 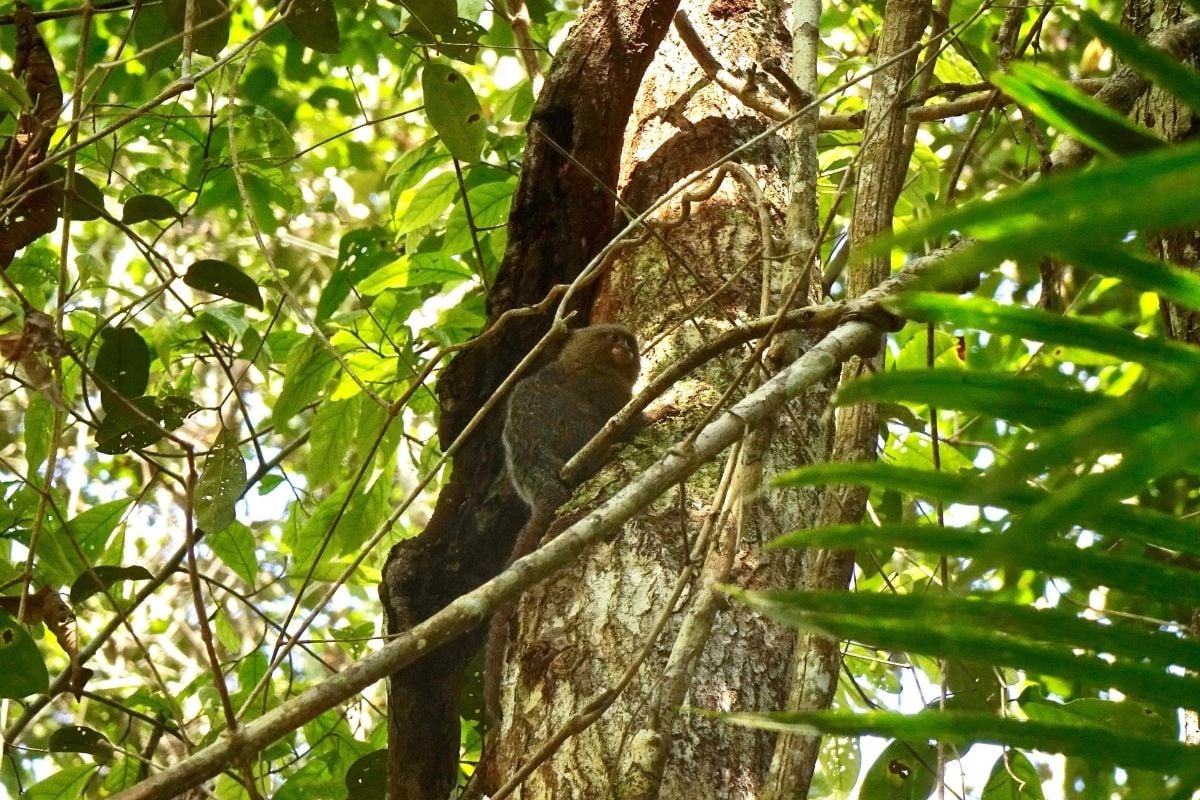 With the Pygmy Marmoset being a primate, its main living quarters are far above the ground in tree branches. Instead of surviving only on the ground, the small monkey lives in the branches of the rainforest and often nests around rivers and in the understories of mature evergreens. Its home is generally located between ground level and up to 66 feet above the ground.

However, the small monkey doesn’t travel up into the canopies due to the chances of being picked off by flying predators. 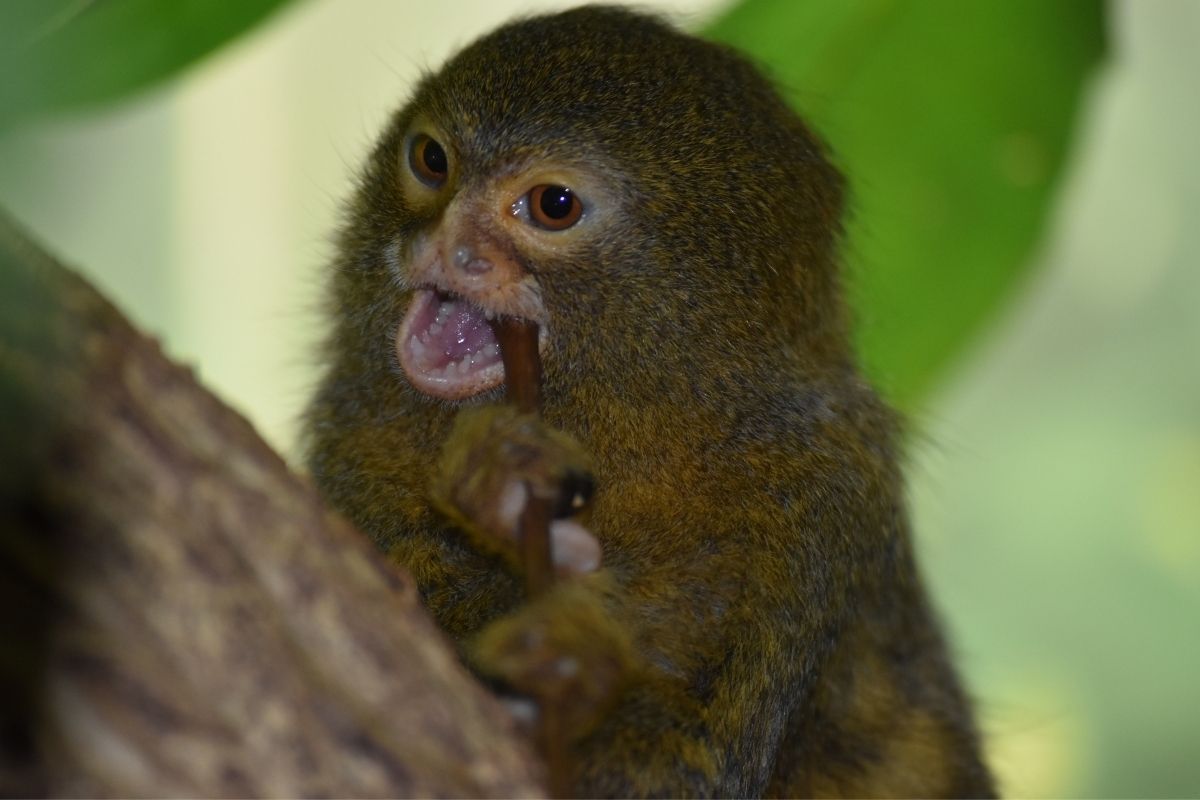 Unlike other species, the thumb monkey has a special diet consisting of tree gum. Its sharp claws are essential for clawing and collecting sap in holes in the bark. Some trees produce this gum, but it is often a slow process.

The sap will puddle up in a hole, and the Pygmy Marmoset will claw and lap up the sap with its tongue. Other primary food sources include insects, such as butterflies, attracted to the tree sap. Aside from that, the Pygmy Marmoset loves sweet fruits, including bananas, apples, oranges, and anything that it can get its hand on.

I find that the Pygmy Marmoset is one of the more exciting species to learn about when it comes to the Amazon Rainforest. You’d never think you’d find something so cute and tiny living in one of the harshest places in the world. Besides these cute mammals, there are also other animals that I find noteworthy that also live in the Amazon Rainforest, which include: