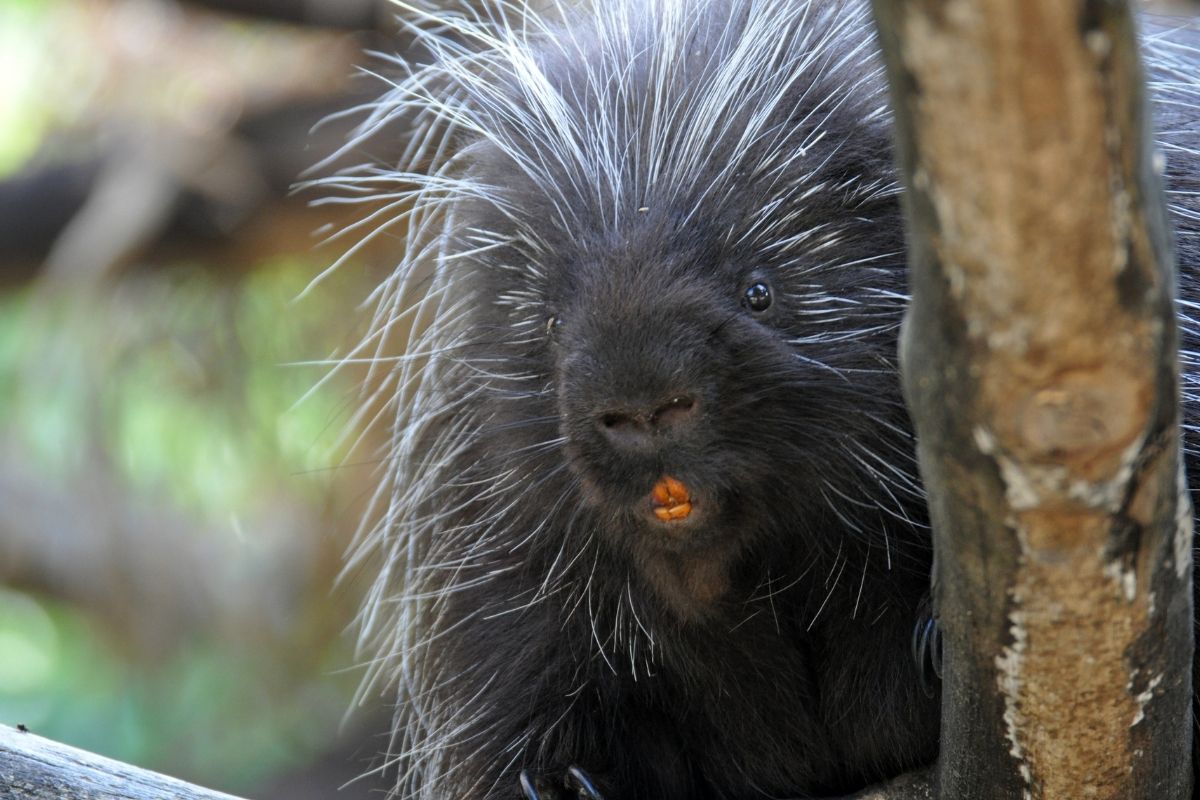 Porcupines have twenty teeth. This includes four incisors and 16 molars. Like many members of the rodent family, their front two molars never stop growing.

Unlike other rodents, their teeth are bright orange in color. With so many teeth, you would think that these animals would bite when fighting, but they are not known for biting. They do use their teeth in a unique way when they are defending themselves, however.

We will find out how a bit later. Let’s take a deeper look into porcupine teeth and their unusual qualities. 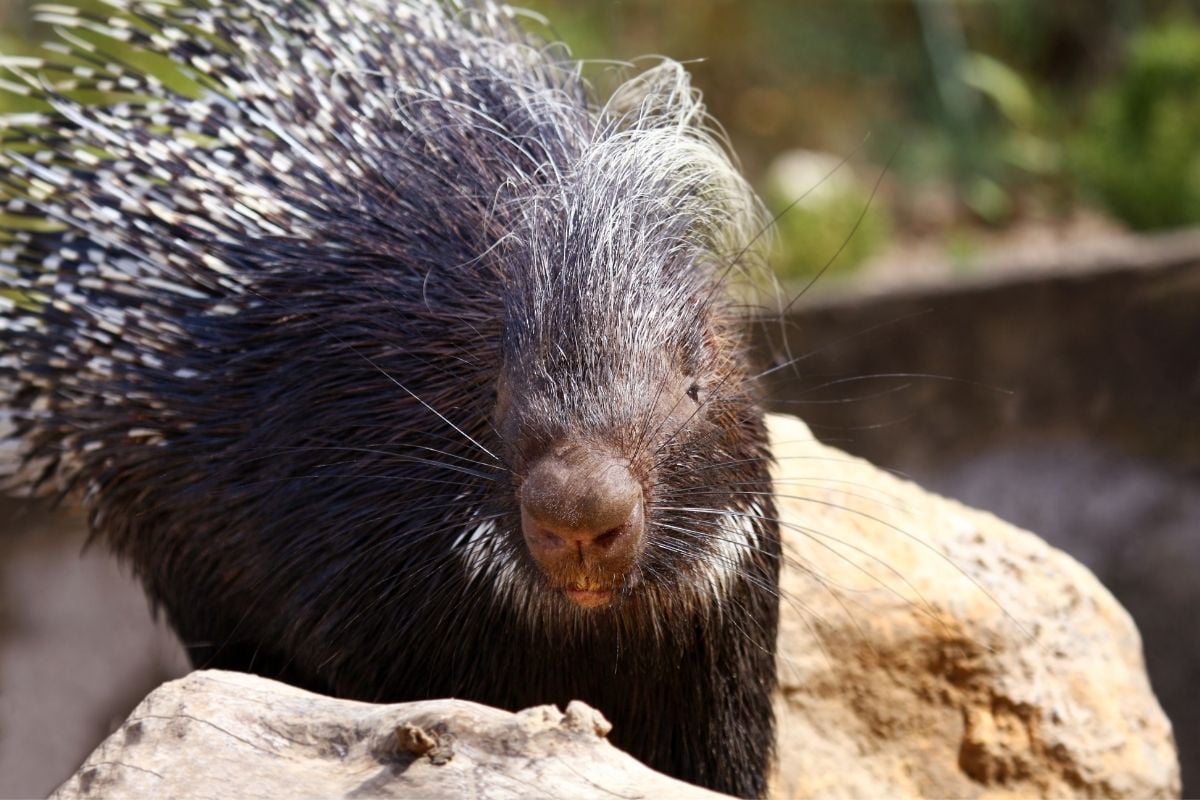 This is why you often find porcupines gnawing on tree bark. In addition to tree bark, porcupines will gnaw on deer antlers that have fallen off in the winter. In addition to helping grind the teeth to a manageable size, the antlers help provide salt and other minerals that the porcupine needs to be healthy.

Porcupines can also be found munching on boat oars and other wooden objects around the camps of humans. They seem to be particularly attracted to things that are covered in human sweat. This is most likely because the sweat contains salt, which is something that all porcupines crave and will actively seek out.

See also  10 Different Types of Lizards You Should Know 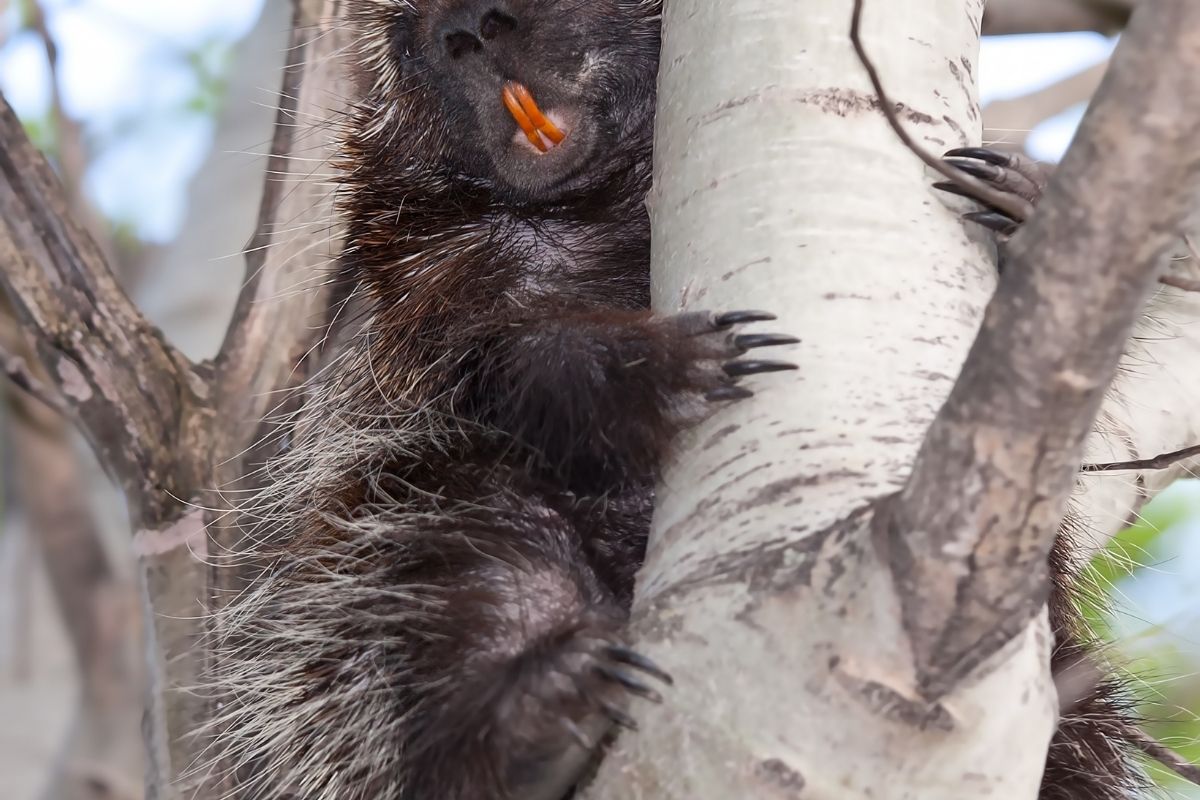 Something that may surprise you if you happen upon a porcupine is that they are bright orange in color. This is because the teeth contain a high amount of iron oxide that makes up the enamel. Not all rodents have this color, but porcupines do share this trait with beavers.

This allows the porcupine to grind the teeth down without them breaking. The iron also makes the teeth more resistant to damage caused by acidic food.

Scientists are actually trying to use this information to find a way to strengthen human teeth!

Used As a Defensive Warning 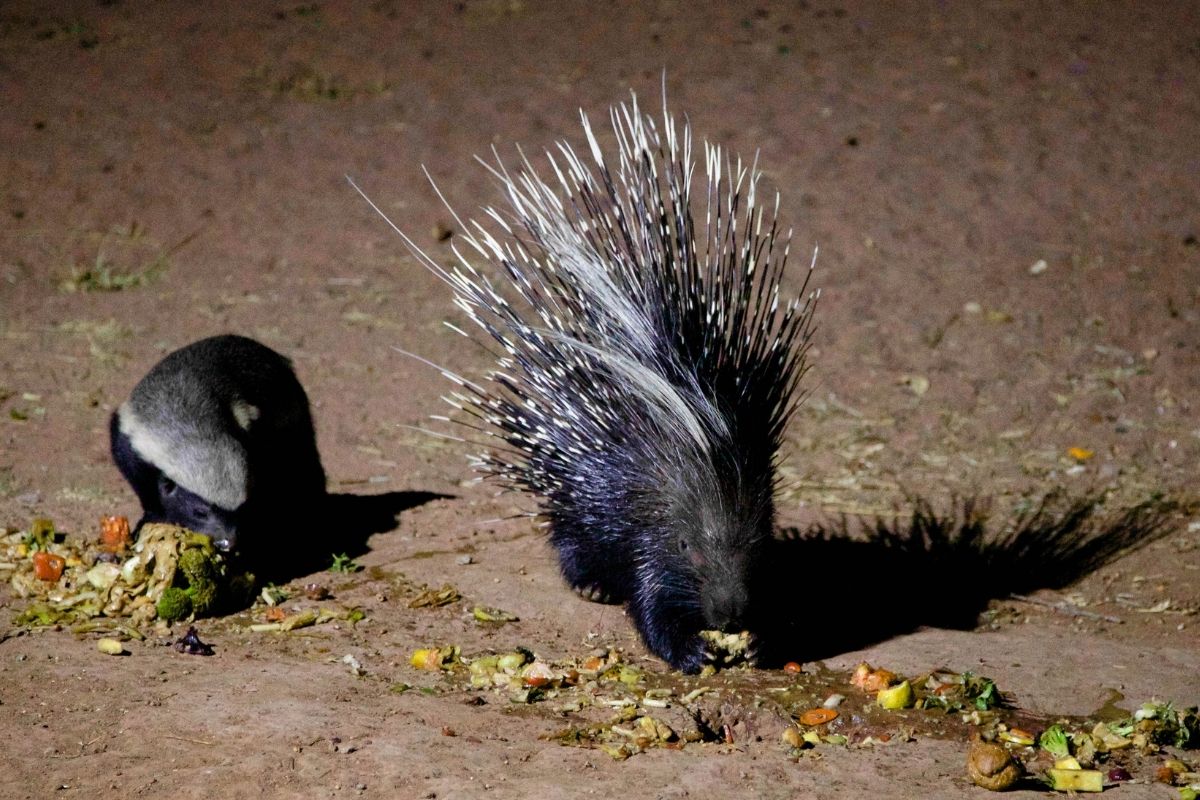 One of the ways a porcupine warns off a predator is to make a chattering sound with its teeth. It isn’t completely clear exactly how this works but the front incisors start to vibrate. The vibration creates a reaction in their mouth that allows the other teeth to vibrate against each other, producing a sound that is meant to warn enemies that the porcupine is angry.

This chattering is often accompanied by the animal shaking its body so that its quills hit against each other. This causes the quills to produce a sound that is similar to an angry rattlesnake that gives a warning before striking.

Coming to the Rescue

Those large front teeth have yet another purpose for porcupines; they help their fellow porcupines if there is an accident that causes them to prick themselves with a quill.

Porcupines aren’t very agile and many make their homes near the ground, but there are many that prefer sleeping in trees to help feel safer. Because of their clumsy nature, porcupines are quite often falling out of the trees they are sleeping in.

In most cases, they simply shake themselves off and reclimb. Sometimes, however, a quill will penetrate their own skin. The quills do contain an antibiotic ingredient that is believed to protect them from getting an infection, but the quills hurt.

The injured porcupine will look for another porcupine to help it. The friend will grab the quill in its strong teeth and use its front paws for leverage. It pushes with its paws and pulls with its teeth to remove the quill.

Orange teeth that don’t stop growing, over 30,000 quills, and the ability to emit a rather strong odor that rivals that of a skunk all add up to one fascinating animal. The porcupine is even giving humans a chance to make medical advancements in regards to their teeth.

Once you learn about how fascinating this third largest member of the rodent family is, you will certainly look at it with new eyes and a new sense of respect.

You may not get a chance to see one in the wild because they often stay hidden, but if one should grace you with its presence, you will be lucky indeed–as long as you don’t provoke it!