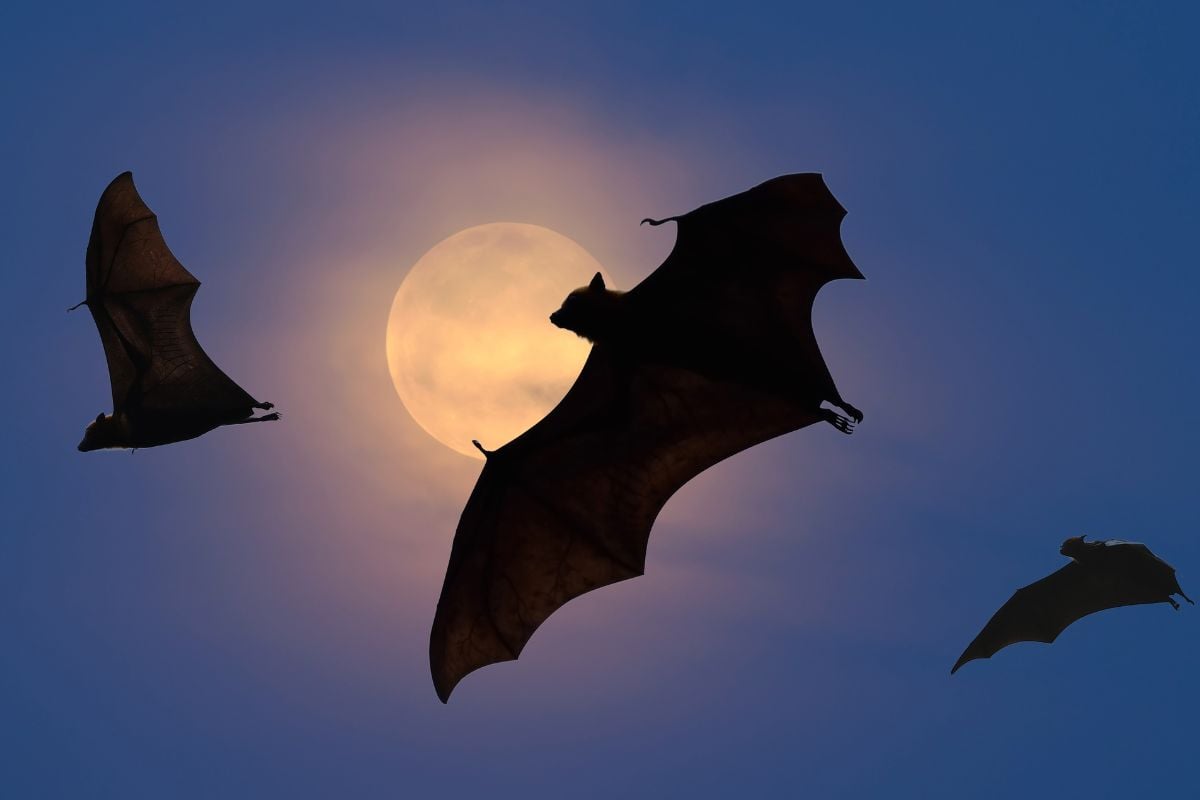 Bats have all the characteristics of mammals: hair/fur, warm-blooded, mammary glands (females), and a four-chambered heart. What makes them different from other mammals is their ability to fly like birds. While several mammals appear to fly by “gliding” from one tree to another, bats can sustain themselves in flight. 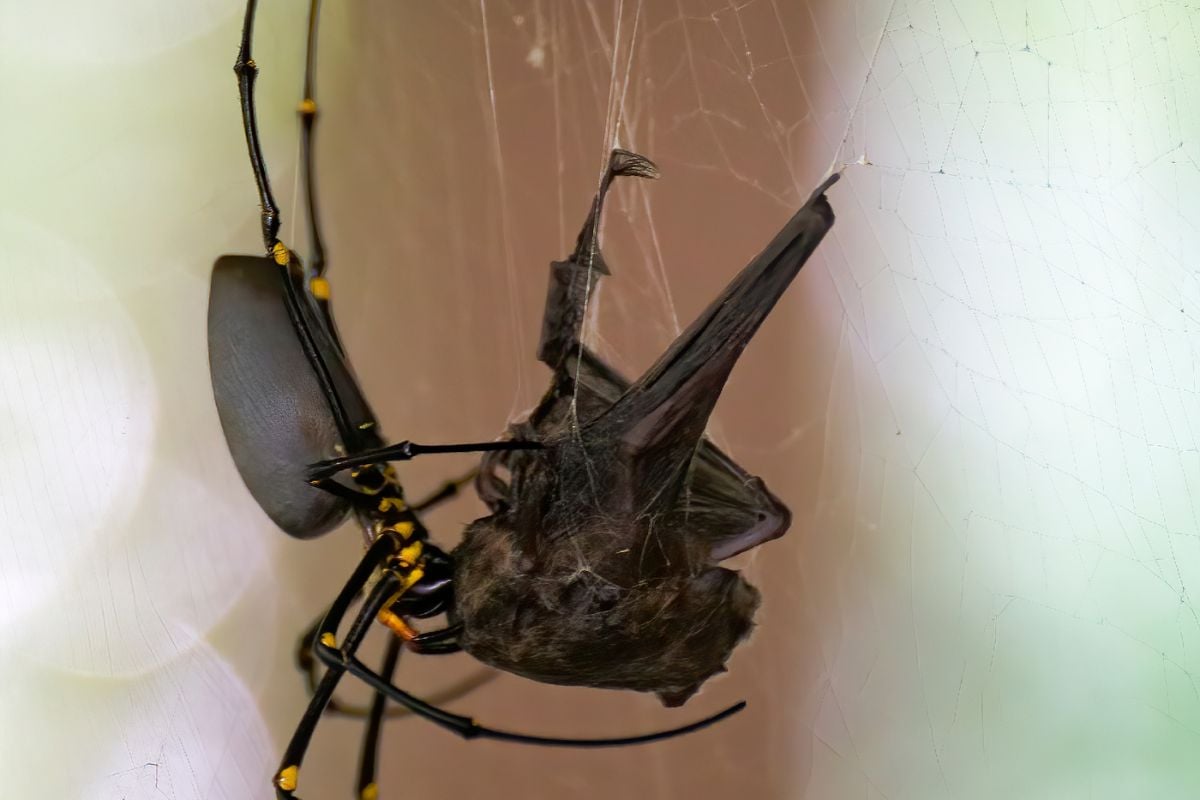 Nearly 75 percent of all bats are microbats. They are insectivores that feast on nocturnal insects such as moths, mosquitoes, crickets, and spiders. Although vampire bats prefer to consume livestock blood over insects, they are also considered a type of microbat.

Microbats use sound waves (echolocation) to maneuver safely after dark. Microbats emit high-pitched sounds that bounce off objects. This “echo” tells microbats the size and location of trees, insects, and other objects.

Other characteristics of microbats include: 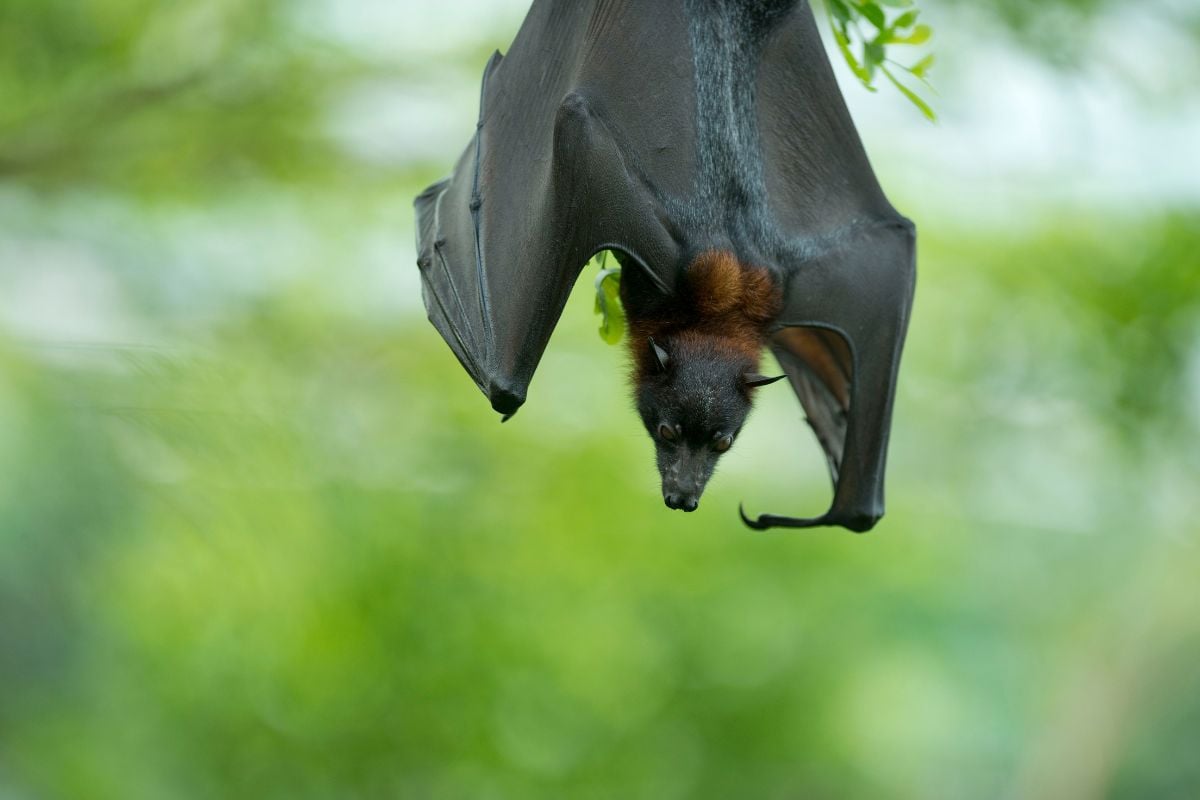 Megabats (fruitbats) are only found in tropical regions where they eat nectar, pollen, and fruit. Noticeably larger than microbats, megabats do not use echolocation to find food and places to roost. Instead, they rely on their eyesight and olfactory abilities, which are much stronger than those of microbats, to navigate their environment.

Found in Old World tropical areas, Oceania, and several Indian Ocean islands, megabats are known reservoirs of the Ebola and Marburg viruses, two infectious diseases with a fatality rate of 90 percent. Humans may become infected with either virus if they come in contact with the blood or feces (guano) of an infected megabat. The largest megabat in existence is the great flying fox, a megabat weighing up to four or five pounds and reaching 60 inches in length (from wingtip to wingtip).

Their facial features have given them the nickname “dog-faced bats” because of their long noses, small ears, and large eyes.

Shared Characteristics of Megabats and Microbats

All bats spend the day hanging upside down (roosting) in remote areas, such as caves, mountain crevices, tree hollows, and older buildings. Bats tend to roost in large colonies where good roosting places are difficult to find. A roosting bat colony’s population has been known to contain millions of bats if the roost is large enough to accommodate so many bats.

Chiropterologists (bat experts) think the reason why all bats hang upside down while resting is that they must “fall” initially to achieve sustained flight. This is especially important when predators are near and bats must escape quickly. No one has ever seen a bat become airborne by jumping upright and flapping its wings as birds do.

Years ago, all bats belonged to the superorder Archonta, which includes primates, colugos, and tree shrews. Genetic evidence has now reclassified bats as members of Laurasiatheria, a superorder comprised of cetaceans, carnivorans, ungulates, and pangolins. 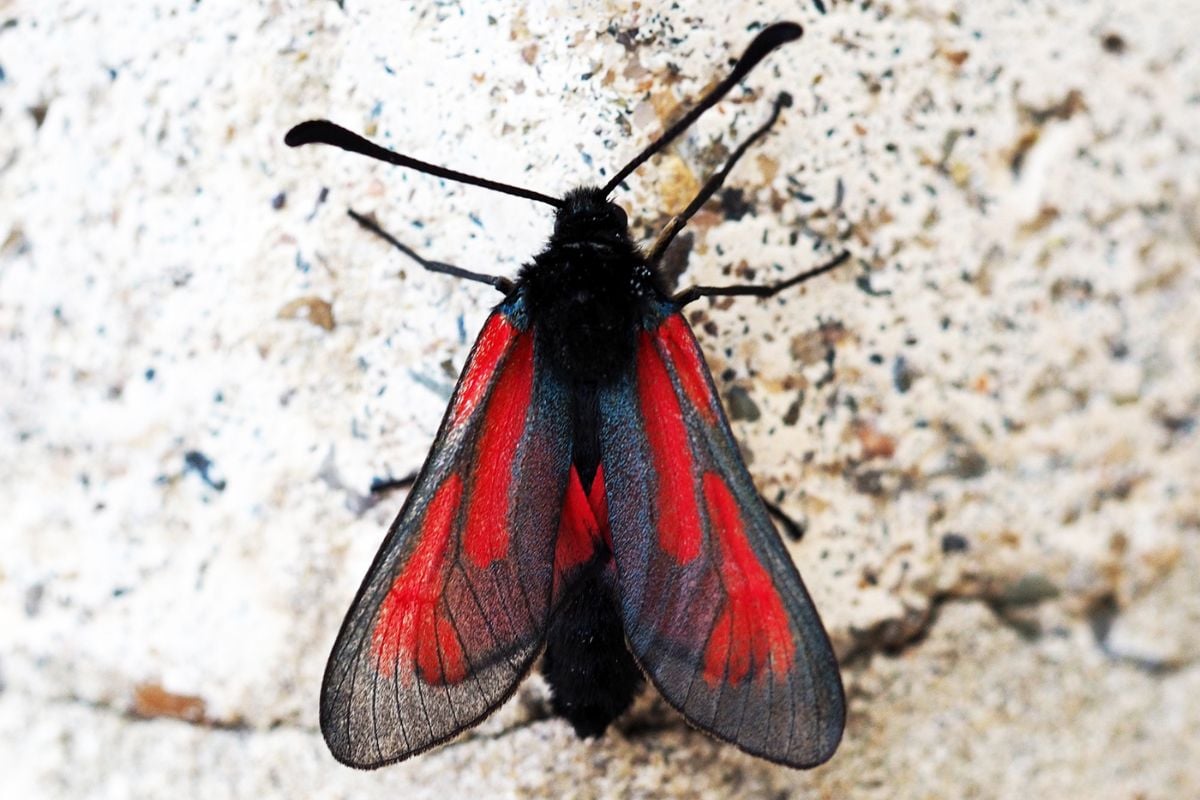 Considered an invasive species of moth, the vampire moth was originally discovered in Siberia but now lives in New Zealand, South America, Central Africa, and Australia. Vampire moths happily suck the juices of fruits when fruits are plentiful, but–beware! When males (not females) can’t find fruit, they resort to sucking human and animal blood.

Like mosquitoes, they’ll continue drinking blood until full or disturbed. The bite of the vampire moth won’t turn you into a vampire but can leave a painful bite mark that turns bright red.

Differences Between the Vampire Moth and Bats

Well, bats are bats and moths and moths, so there’s that. Vampire moths also lay eggs while megabats and microbats give birth to live young. 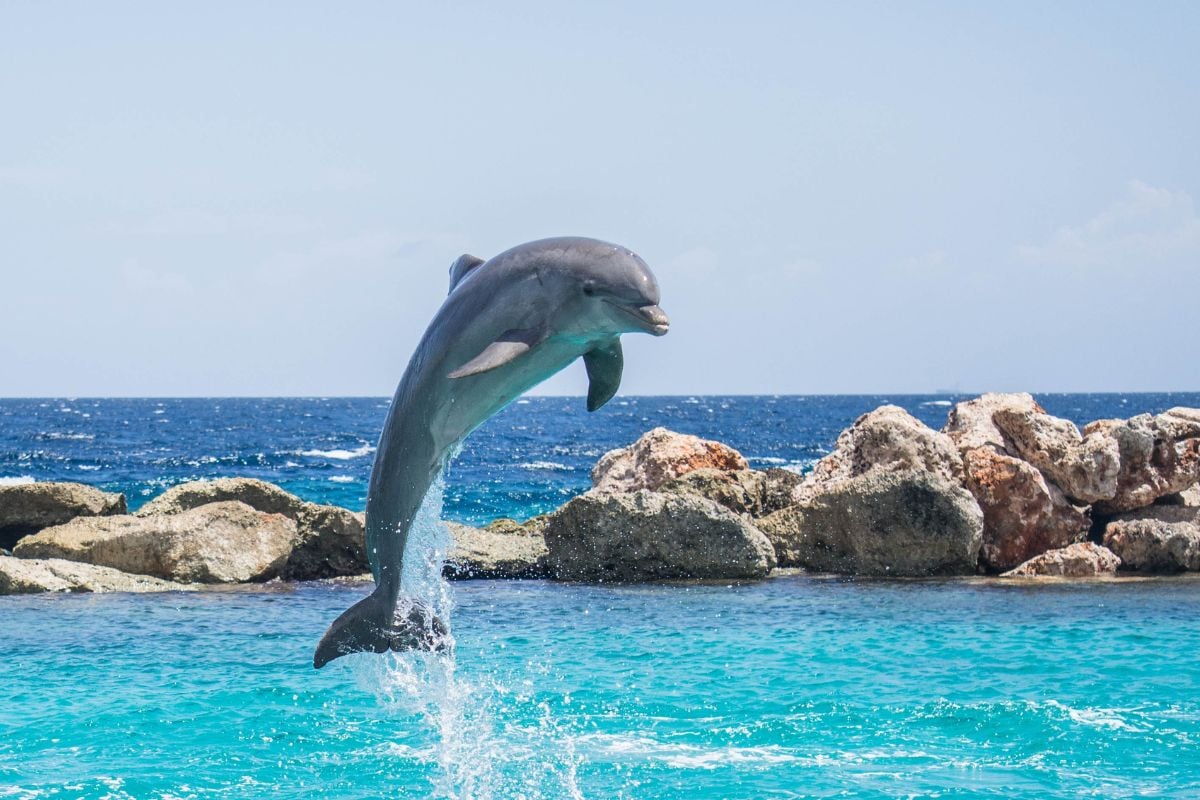 Due to a fascinating development called convergent evolution, dolphins and bats both use echolocation to find food and avoid predators. Convergent evolution occurs when two dissimilar organisms evolve similar adaptations to their environment. For example, koalas have fingerprints that are identical to human fingerprints.

While human fingerprints have evolved to improve our ability to hold, grasp, and perform fine motor tasks, koalas evolved human-like fingerprints to help them determine if what they are going to eat are eucalyptus leaves only. If you think toddlers are picky eaters, you’ve never raised a koala! Why do dolphins rely on echolocation to sense their environment?

Primarily to avoid being a shark’s next meal. Sunlight doesn’t reach water depths associated with dolphin activity. So, without a keen sense of sight or smell, dolphins had two choices 20 million years ago: go extinct or find a way to navigate dangerous murky waters.

Fortunately, dolphins have developed a lump of fluid and fatty tissue in front of their blowholes. This “melon” receives sound waves emitted by a dolphin’s nasal sacs. The melon then sends these sound waves into a dolphin’s environment at various frequencies.

Differences Between Dolphins and Bats

Actually, the only similarity between dolphins and bats is echolocation. The only animals known to use echolocation are bats, dolphins, whales, swiftlets, oilbirds, shrews, and maybe hedgehogs. 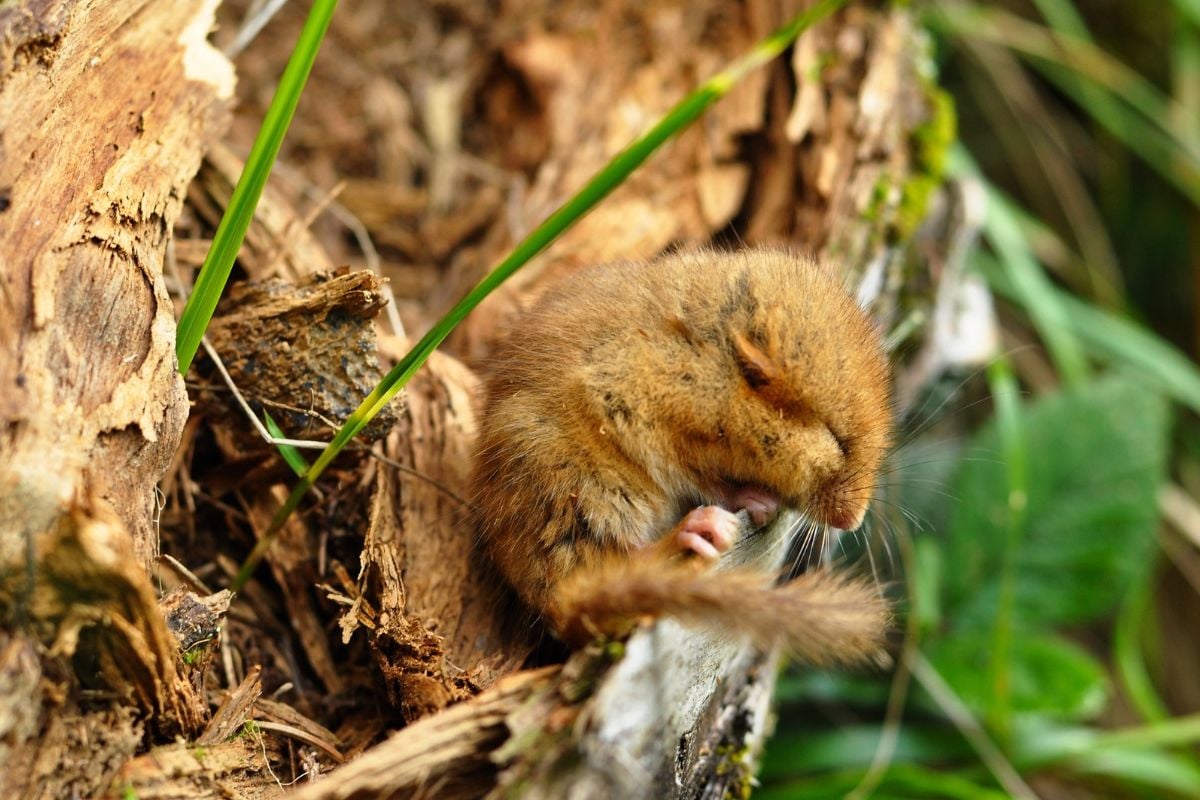 Found mostly in Asia Minor and Northern Europe, the Hazel Dormouse is nocturnal and spends a lot of waking time as high up in trees as possible. Less than four inches long, this little rodent instinctively understands that he’s got a lot of predators sniffing around that would love to make him their next meal. Like bats, the Hazel Dormouse loves to eat pollen, nectar, insects, and fruits, especially small berries.

Also, like bats, it’s a strictly nocturnal mammal that can lower metabolism in cold weather and semi-hibernate.

Differences Between the Hazel Dormouse and Bats

See also  Which Animals Have Camouflage? 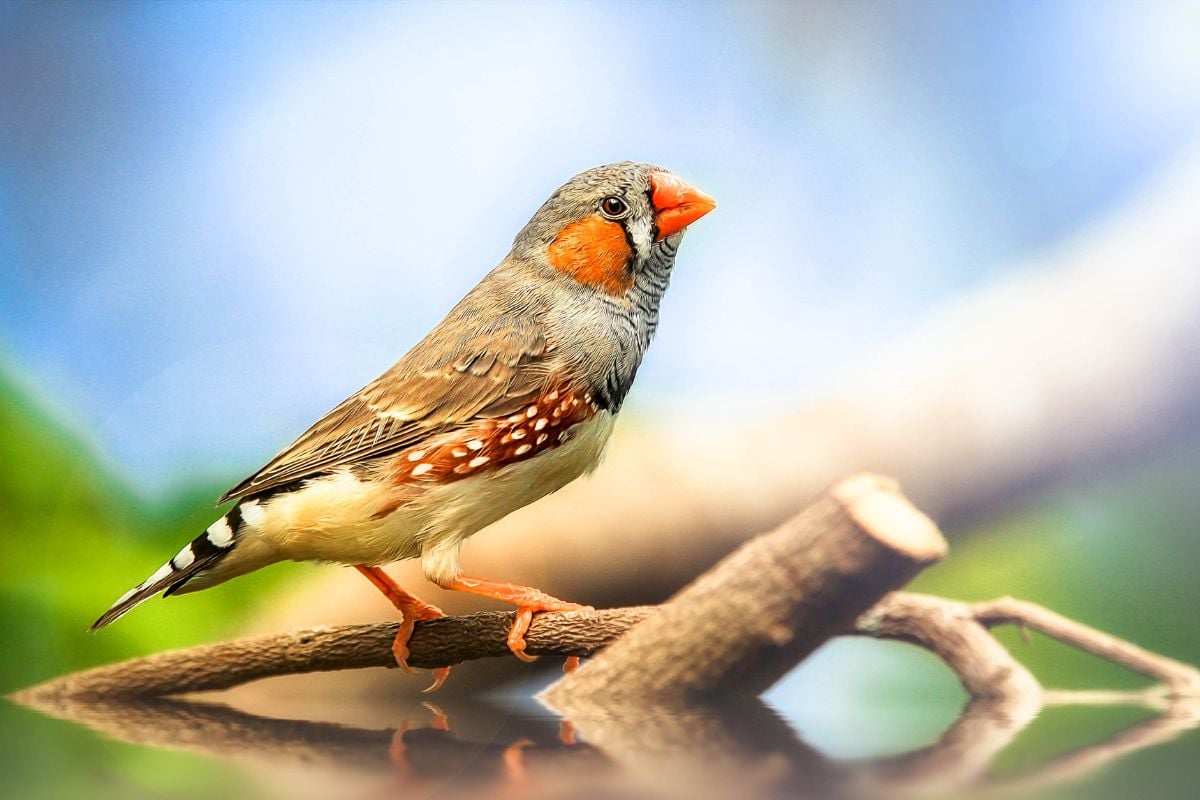 They just let the finch keep pecking while going on with their lives. The theory behind this startling behavior is that ancestors of the vampire ground finch may have helpfully picked off mites and other parasites from boobies. Eventually, some hungry finch discovered they could clean blue-footed boobies and sneak in a meal at the same time!

Vampire ground finches have feathers and lay eggs. They can only be found on the Galapagos Islands, whereas bats are found in nearly all areas of the world. 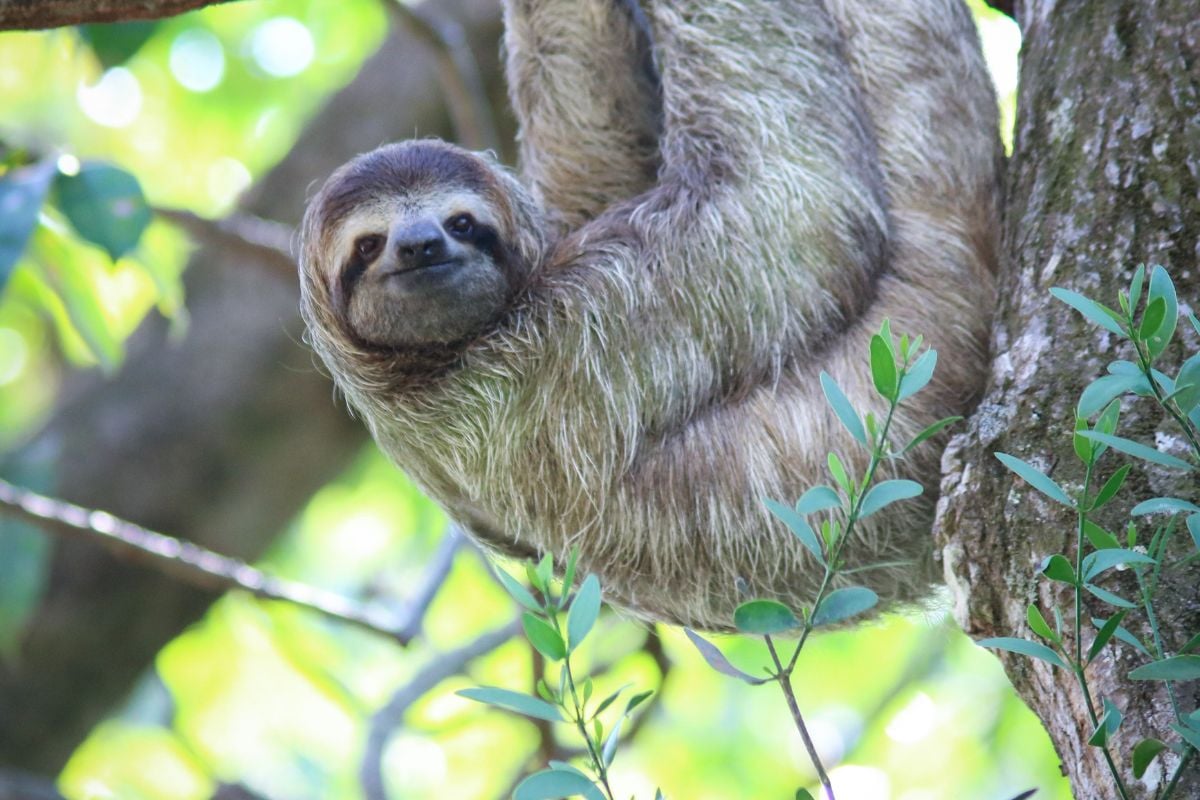 What in the world could a three-toed sloth and a bat have in common? If you’re ever lucky enough to spy a sloth in a South or Central American rainforest, it’s likely that the sloth will be hanging upside down in a tree–and moving very slowly or not at all. Sloths move sluggishly for good reason. +

Leaf eaters like sloths have notoriously slow metabolisms that yield little energy and take forever to digest plant material. Moving too quickly means sloths expend energy they don’t have and are always hungry. Also, hanging upside down like a big, hairy bat keeps them out of the way of ground predators.

Differences Between Sloths and Bats

Probably the most obvious difference is sloths can’t and don’t need to move much, while bats must either dart around quickly or find a safe place to roost. Bats have many predators. Sloths only have to worry about jaguars and harpy eagles.

Hanging upside down in trees 23 hours a day is a great way to rebuff these predators. 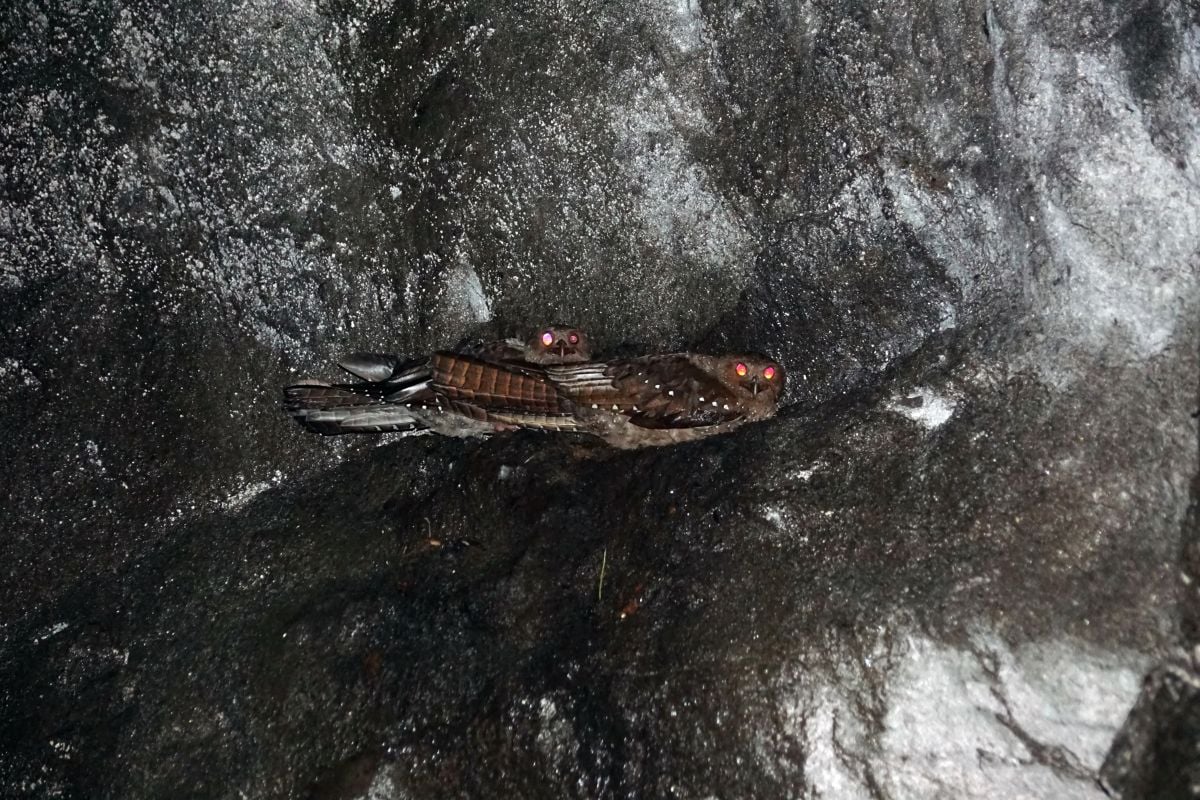 Like bats, oilbirds roost in caves in large colonies, eat mostly oil palms and fruits, and are strictly nocturnal animals. Oilbirds are also another example of convergent evolution involving echolocation. However, instead of emitting high-pitched sound waves, oilbirds make high-pitched clicks to locate objects in their environment.

Oilbirds live in warm areas where bats live–South America, Trinidad, and the Caribbean–and are the only known nocturnal, fruit-eating, flying birds.

Differences Between Bats and Oilbirds 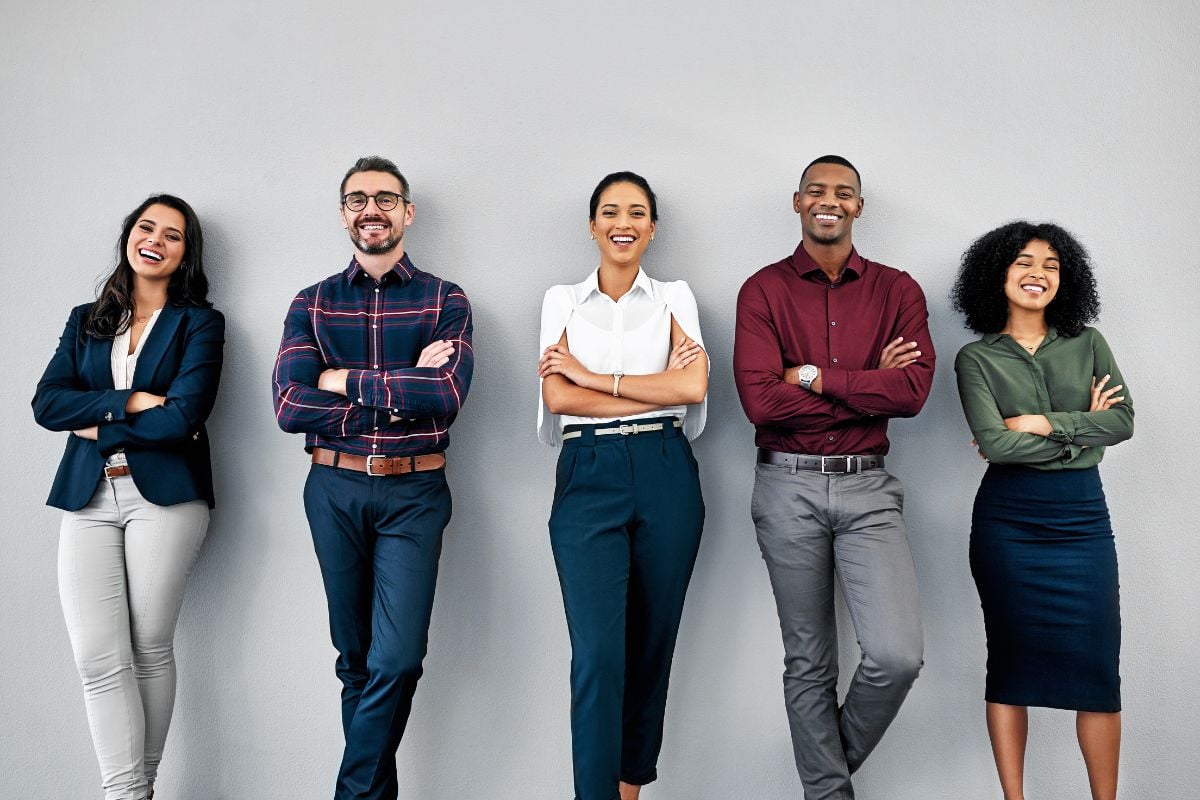 Nearly all mammals (except monotremes) give birth to young that have attached umbilical cords. Bats are no exception. Therefore, bats have belly buttons just like humans do. Bats and most other mammal mothers simply chew or bite the umbilical cord to sever it from their baby’s body.

Differences Between Bats and Humans 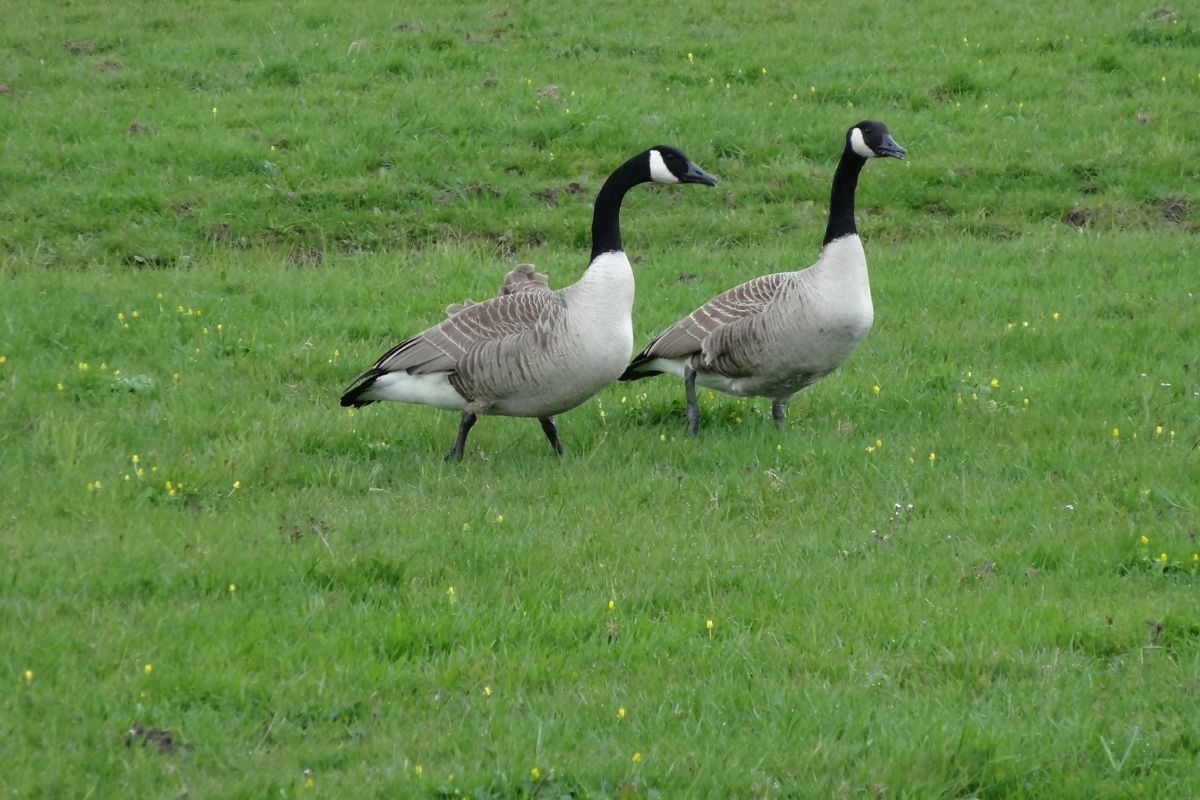 Ask someone to describe a goose in two words and they’ll likely answer “They honk!” Guess what? The male hammer-headed fruit bat honks like a goose to attract females.

In fact, these larger than normal bats can honk just as loud as geese due to their oversized larynx, lips, and rostrum (elongated snout). The largest bat found in Africa, hammer-headed fruit bats can weigh up to a pound and have wingspans reaching 38 inches in length.

Differences Between Bats and Geese

Geese are genuine birds that lay eggs that spend the majority of their life in water. However, wild geese are capable of sustained flight. Domesticated geese cannot fly. 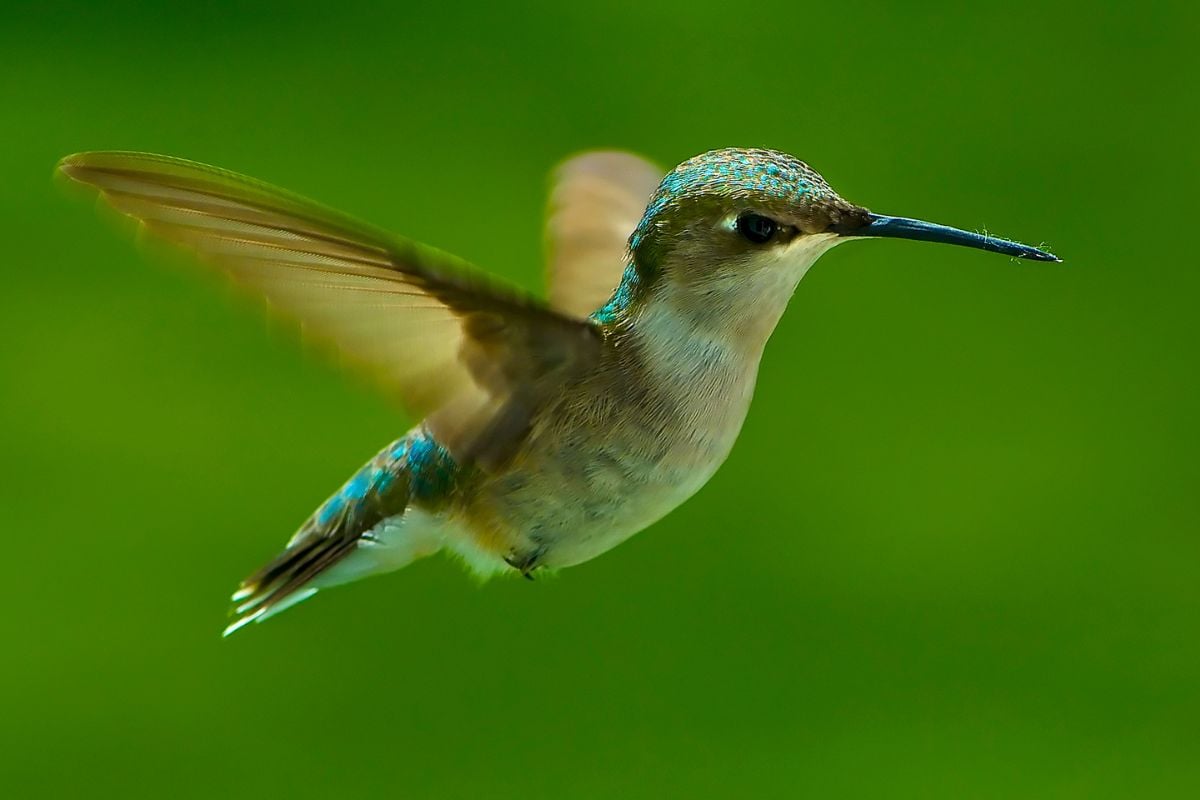 Hummingbirds require a lot of energy to be able to fly like miniature helicopters. When they need to conserve energy in cool temperatures, they enter a quasi-hibernating state called torpor. Hanging upside down on a feeder perch allows them to reduce their heart rate and respiration long enough to restore their energy.

However, if they happen to find a perch with a rough surface (a thin branch, for example), their claws are able to clamp down more securely than they could on a smooth perch. So, when you see a hummingbird hanging upside down on a feeder perch, his claws probably let him slip into an upside-down position as he became torpid.

Differences Between Bats and Hummingbirds 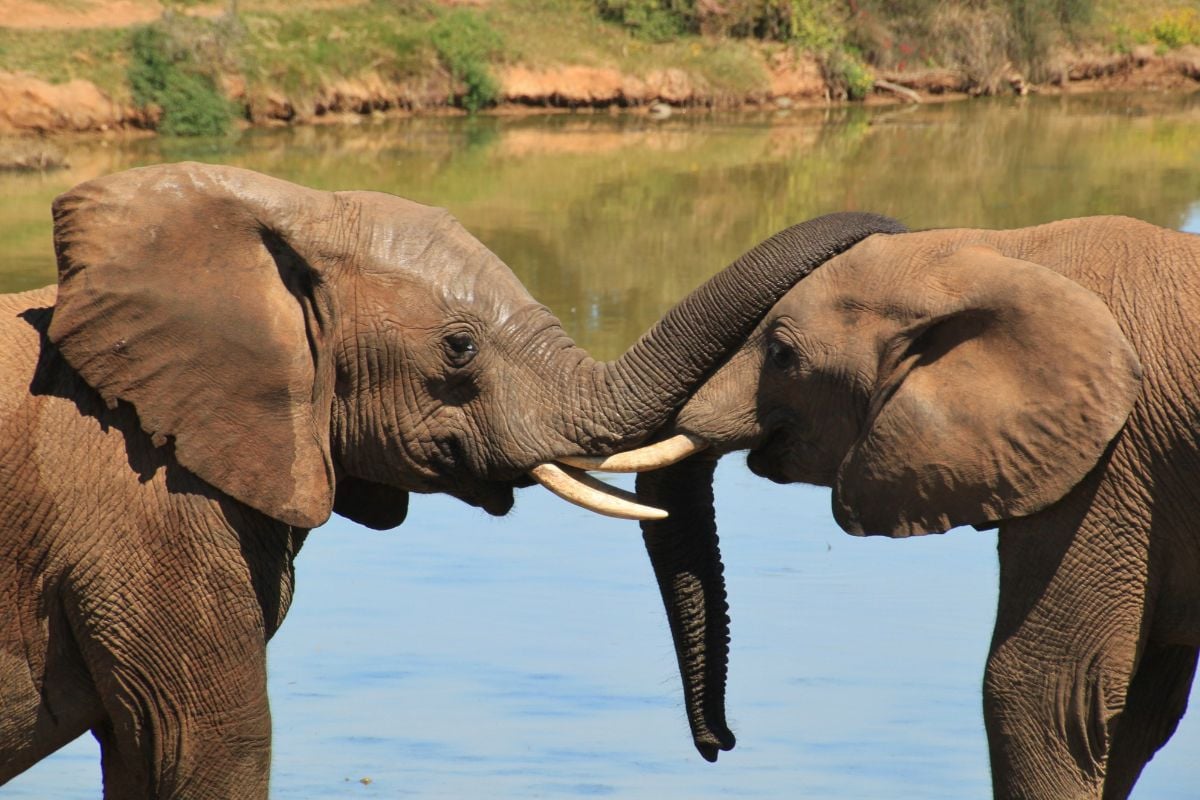 Like bats, elephants usually have only one baby when they give birth, for obvious reasons. A newborn elephant can weigh as much as 270 pounds and stand (on average) nearly three feet tall. In fact, a newborn elephant is the same size as a mature warthog or panda!

There have been reported cases of an elephant giving birth to twins but this is thought to happen in less than one percent of elephant births. Size is also the reason bats have only one pup at a time.

Differences Between Elephants and Bats

Bats spend a lot of time grooming themselves and it’s not for the purpose of attracting mates. It’s because their smooth fur and body warmth tend to attract parasites. Any cat owner will tell you that the only behavior cats spend more time indulging in than sleeping is grooming.

Like bats, cats lick themselves frequently to prevent parasites from becoming embedded in their fur and skin. Cats are also instinctively compelled to groom. Their saliva removes their “scent” and helps reduce the ability of predators to sniff them out for a tasty meal.

Differences Between Cats and Bats

Considering the fact that cats are mammals, give birth to live young, sometimes hang upside down just for the fun of it, and don’t mind a little blood mixed in with a meal, the few differences between the two animals is that cats don’t have wings and cats often have five or more kittens at the same time. 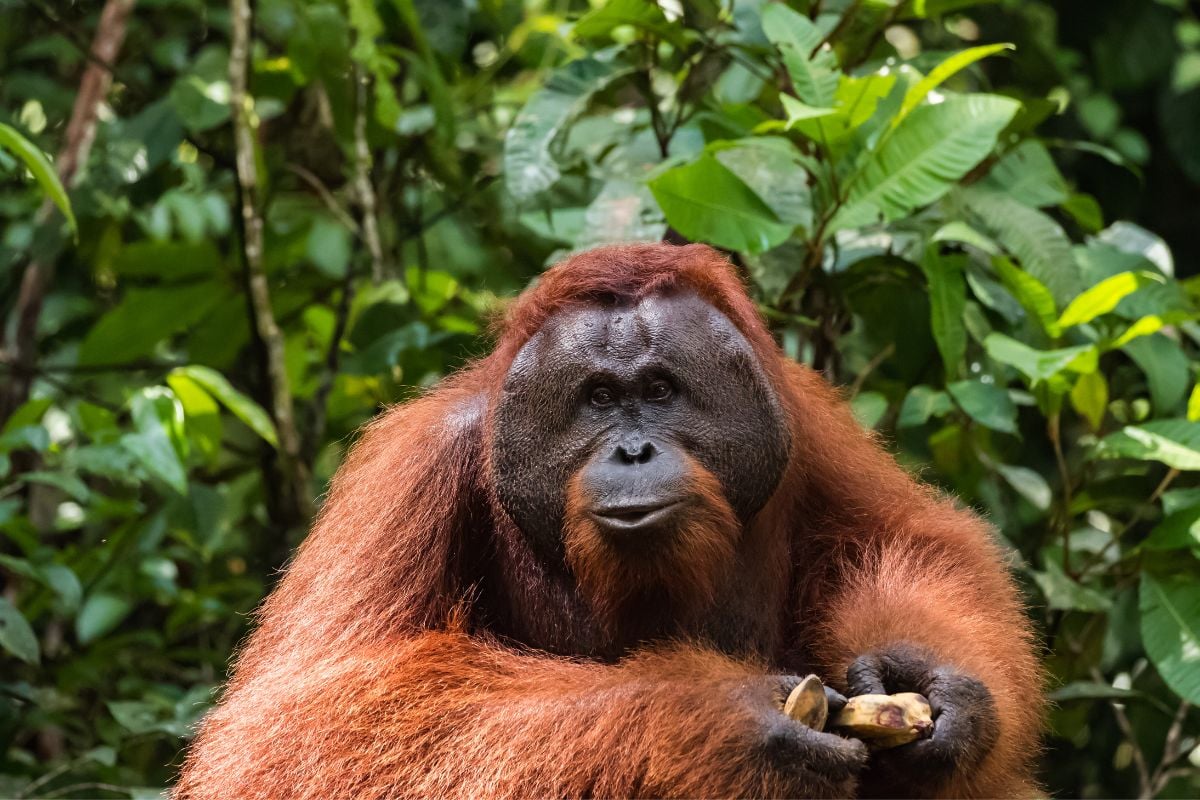 Like the gray bat, the Virginia big-eared bat, the Mexican long-nosed bat, and the Hawaiian hoary bat, the African forest elephant, rhino, orangutan, and many other mammals are on the critically endangered species list. All endangered animals share the same threats to their existence–habitat loss, disease, pesticide and insecticide contamination, and human poachers/hunters.

Differences Between Bats and Other Endangered Species