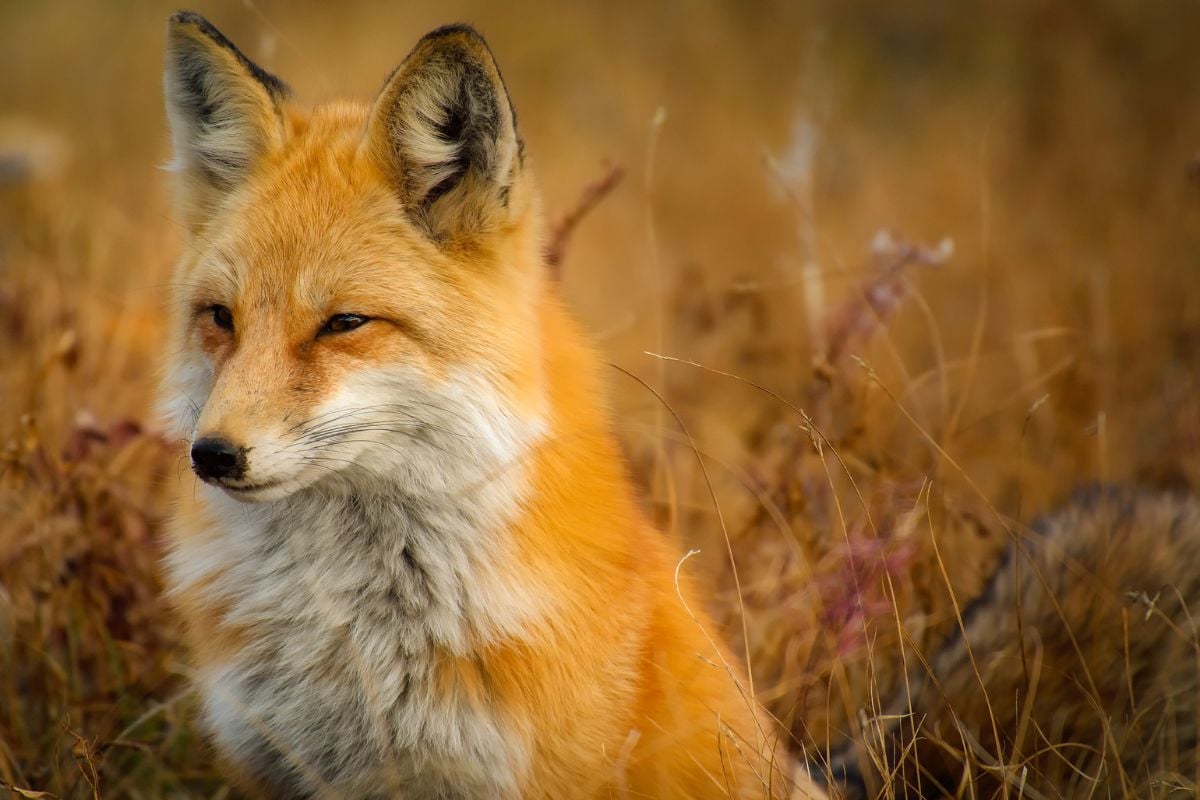 The fox has always intrigued me. I have always viewed it as a kind of elegant little dog that was more nuisance than a threat. I live in Britain.

Foxes were once the favorite prey of aristocratic hunting parties. Indeed, one of the most famous novels of the twentieth century, Memoirs of a Fox-Hunting Man by Siegfried Sassoon, describes the activities in extraordinarily beautiful and detailed prose. Fox-hunting as a form of recreation is now banned in the country.

But there are still landowners who shoot them in defense of their crops, chickens, and other small farm animals. The act is nevertheless controversial. All the fuss over an animal I have always viewed as a kind of elegant little dog intrigued me.

So, I learned all that I could about it. The following article is a result of my studies.

Contents show
Some Basic Facts About the Fox
What They Eat
How They Behave
Their Parenting and Lifespan
Animals Similar to a Fox
1. The Finnish Spitz
2. Dhole
3. Korean Jindo
4. Indian Spitz
5. Alaskan Klee Kai
6. Japanese Shiba Inu
7. Volpino Italiano
8. American Eskimo Dog
9. Long-Haired Chihuahua
10. Icelandic Sheepdog
11. The Kugsha Dog
Frequently Asked Questions
Where are foxes most commonly found?
How does the red fox adapt to its habitat?
What is the conservation status of foxes?
Are foxes good for the environment?

Some Basic Facts About the Fox

Foxes have reddish-orange fur. They are white on the neck and belly and have brownish-black legs. They grow a thick bushy tail in winter and are about the size of a small dog.

The average male fox is between 67-72cm; the average female is between 62-67cm. The tail of the fox (perhaps its most distinctive feature) averages around 40cm.

Foxes have a wide and varied diet. Those that live in salt marshes eat crabs and dead seabirds. Foxes that live in lowland and rural areas eat small mammals such as field voles and rabbits, as well as earthworms, beetles, blackberries, and small birds.

Foxes that live near farmlands often venture prey on uncaged chickens. Foxes that venture into urban areas are scavengers. They eat what they can find in dustbins, garbage cans, and trash heaps.

They also subsist on small birds and feral pigeons.

Foxes tend to claim and hold territory that can range from as small as .2km in urban areas to 40km in hill country. Each territory is occupied by a kind of family of foxes. This consists of a male and female couple and their cubs.

In areas where they are safe and there is plenty of food, a family group can contain several adults. Foxes, like humans, put great store in both the nuclear and extended family!

Their Parenting and Lifespan

Female foxes are called vixens. Only one vixen in a group produces cubs once a year in the spring. They give birth to an average of four to five cubs, which are born blind and deaf.

To protect and nourish their children, the foxes dig a hole in the ground. They may also enlarge a rabbit burrow or some other hole made by other animals. A vixen stays in the hole with her cubs for the first two weeks of their lives.

At about four weeks old, the cubs begin to come into the open. Foxes do not have a very long lifespan. Most that live in the wild survive one to three years.

Animals Similar to a Fox

As most people know, dogs are merely domesticated wolves. When human beings first came on the evolutionary scene, some wolves figured out it would be best to make common cause with them rather than attack them. They served as companions and warned their human friends of the approach of wild wolves.

In return, the humans fed them. Foxes do not descend from this line. They are omnivorous mammals that belong to several genera of the Canidae family.

However, there are genetic similarities between dogs and foxes, and they share many physical traits. Here are some of the other dog-like animals that are similar to foxes. 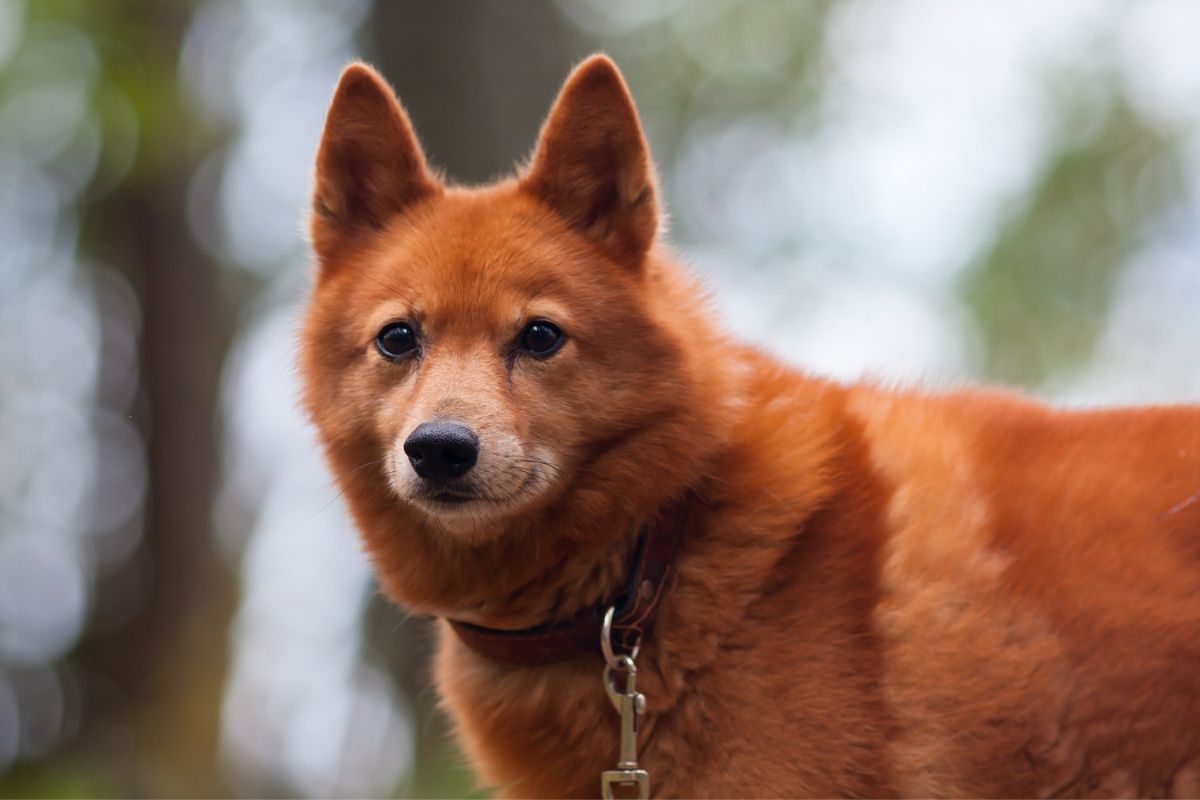 This is a medium-sized dog that has origins in Finland. In fact, the Spitz is the national dog of that country. They are bred to hunt, and are known as “bark pointers”.

The dog’s bark is its major purpose, as it alerts the hunter to the presence of prey in the forest. The Spritz is small, with a square build, red coat, and ascendant ears. These are what give it its fox-like look.

The Spritz is also intelligent, active, alert, and lively, and it tends to be protective of its owner. 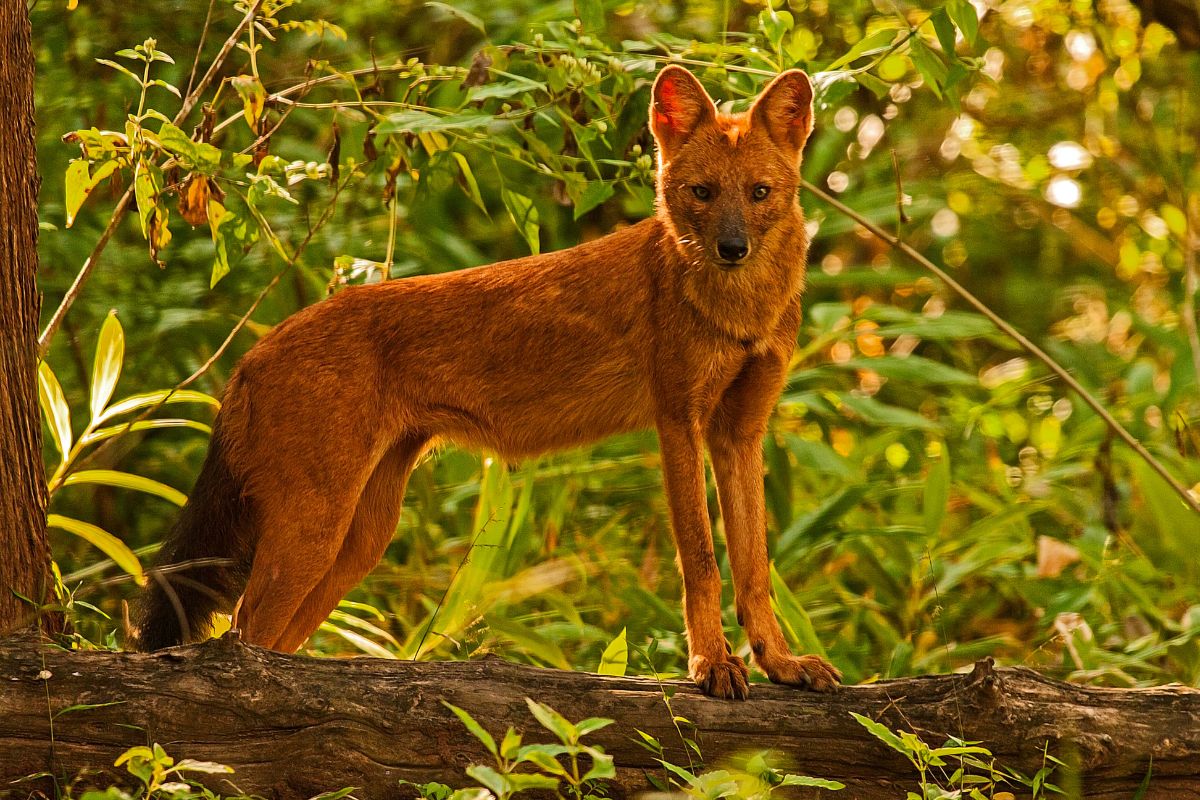 This animal is also known as an Indian wild dog, red dog, and red fox dog. It is native to Central and South America and Southeast Asia. The Dhole looks a lot like the Indian and Arabian fox.

See also  Do Porcupines Hibernate? Why? How Long? Where?

Dholes are scrappy and lethal. Though small, they can kill prey ten times their size. They have a running speed of about 34 miles per hour and can jump seven feet straight up into the air.

They are also highly skilled swimmers. 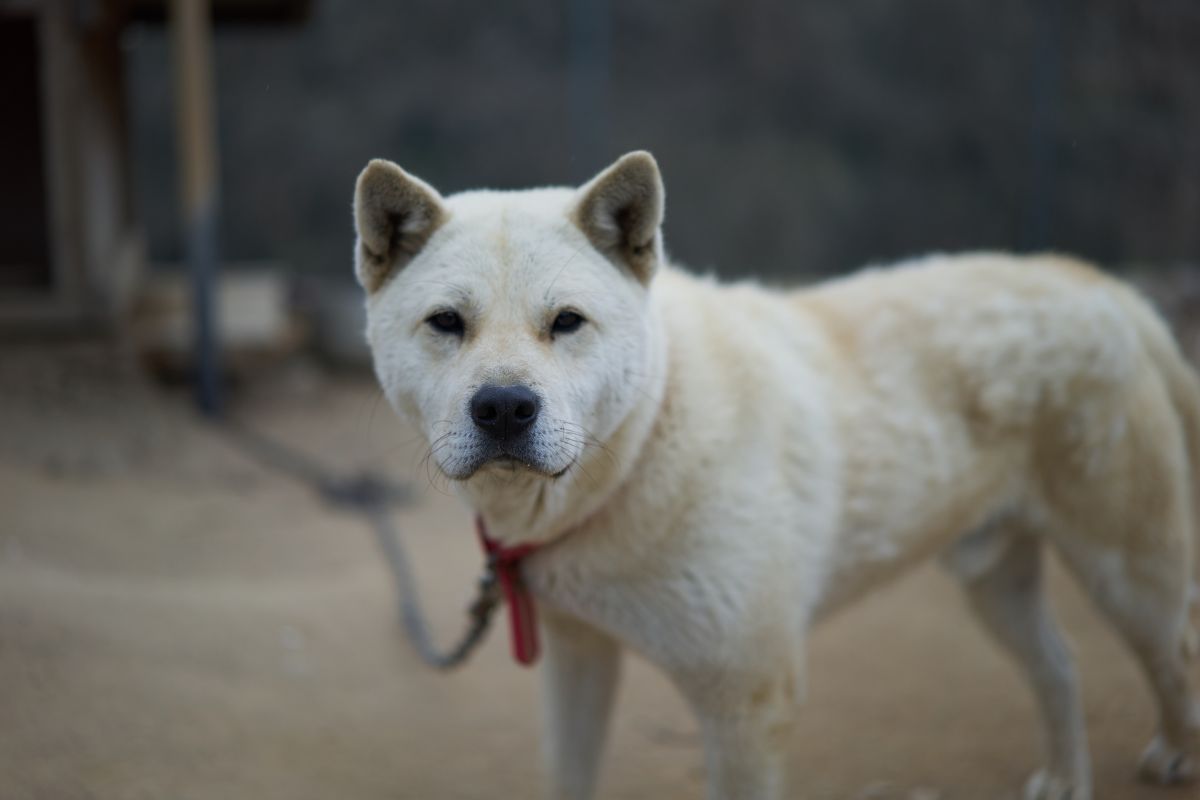 Jindo dogs are from Jingo Island, Korea. They are athletic, sturdy, medium-sized dogs that come in many variations. The red and white Jindos look a great deal like red foxes.

The Jindo is known as a stubborn dog with a mind of its own. These dogs are also very territorial. They do not like it when other animals stray into their turf. 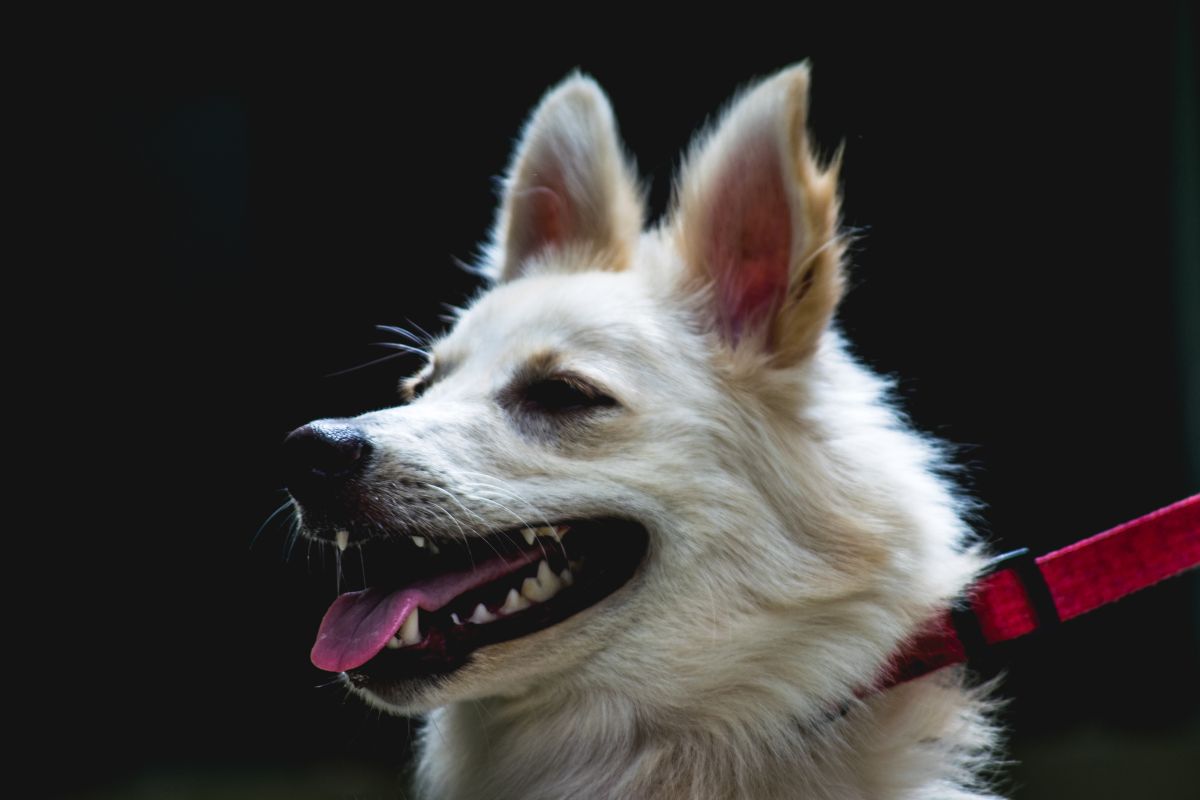 This is one of the more intelligent dog breeds. They are active and alert and thrive in the most extreme weather on the subcontinent. These dogs are similar in appearance to the German Spitz and also to a small fox. 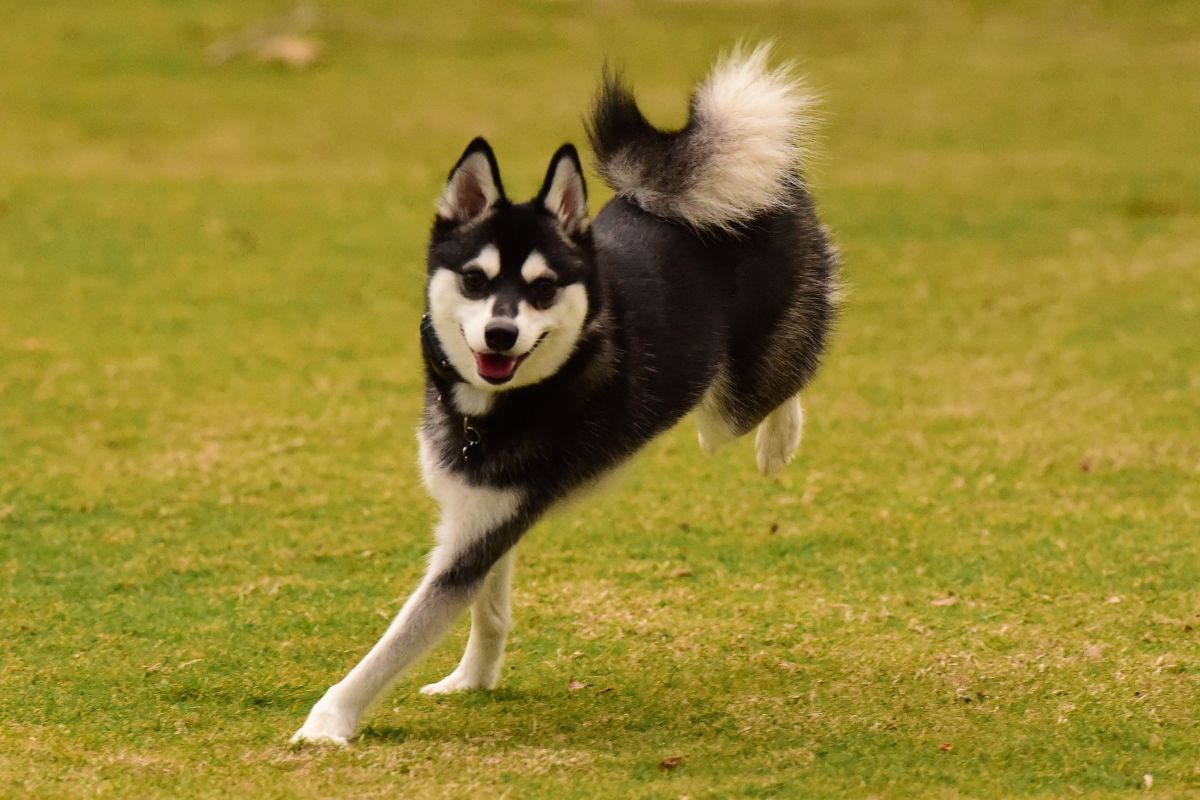 People started breeding this dog in the 1970s so as to create a lap-sized version of the Alaskan Huskie. This artificial form of evolution worked. This breed of dog is very energetic, friendly, playful, and intelligent.

The red and white Alaskan Klee Kai is very similar in appearance to a red fox. 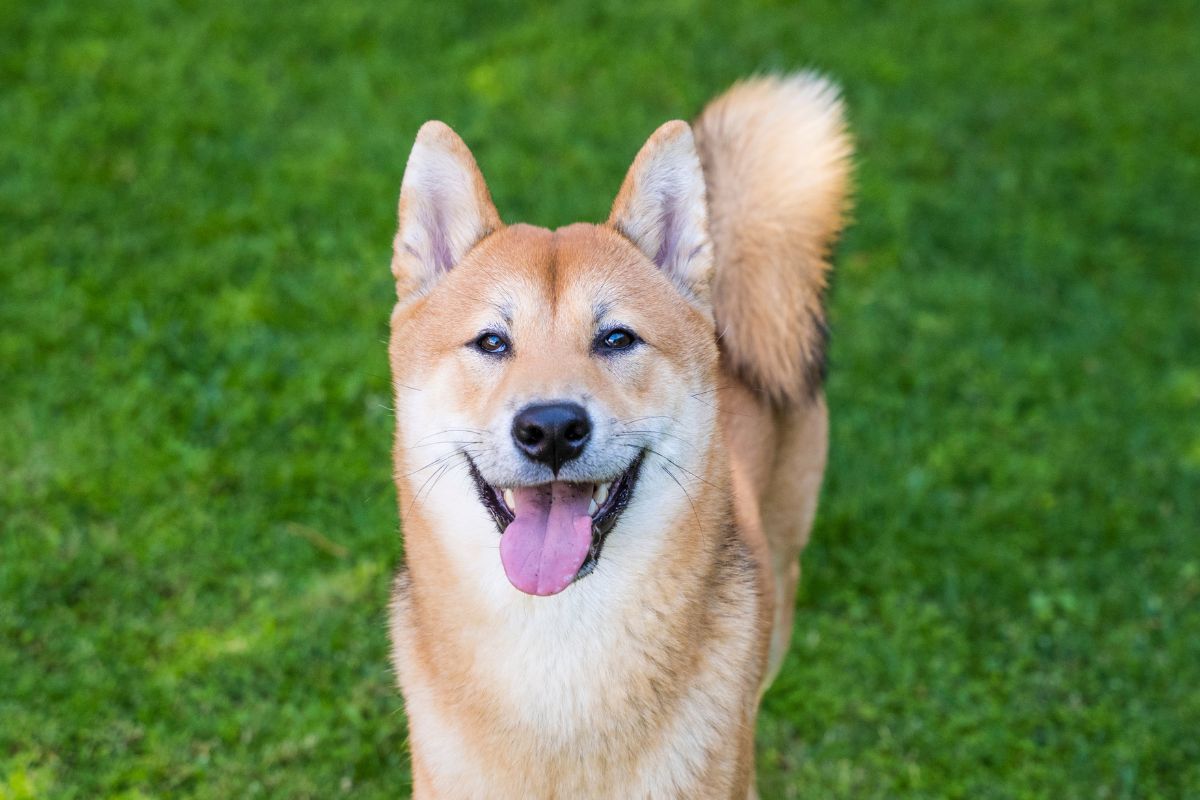 These dogs were originally bred for hunting. In fact, it was one of the oldest dog breeds in existence. The Shiba is alert, confident, and bold.

It is also kind, friendly, and easily trainable. They are good around children and complete strangers. 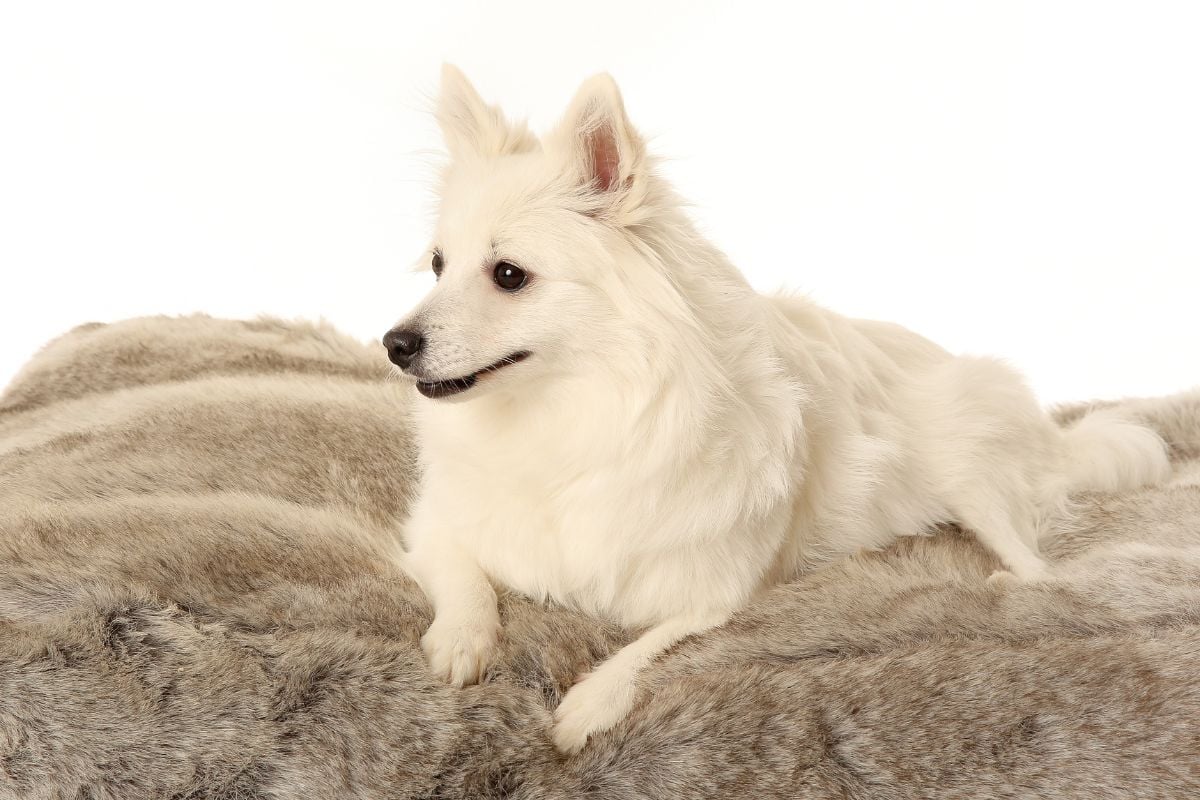 This dog has its origins in Italy. It is very small and has a build and appearance that is similar to an Arctic Fox. This dog breed came to the edge of extinction.

In the late 60s, the breed started dying out. At one point, only 5 dogs remained. There was a rigorous effort to protect these dogs and repopulate the species.

These efforts were successful. In 2006, 2,000 of these dogs were counted. Most of these are in Italy, but they are also bred in Scandinavia, the U.K., and the U.S. 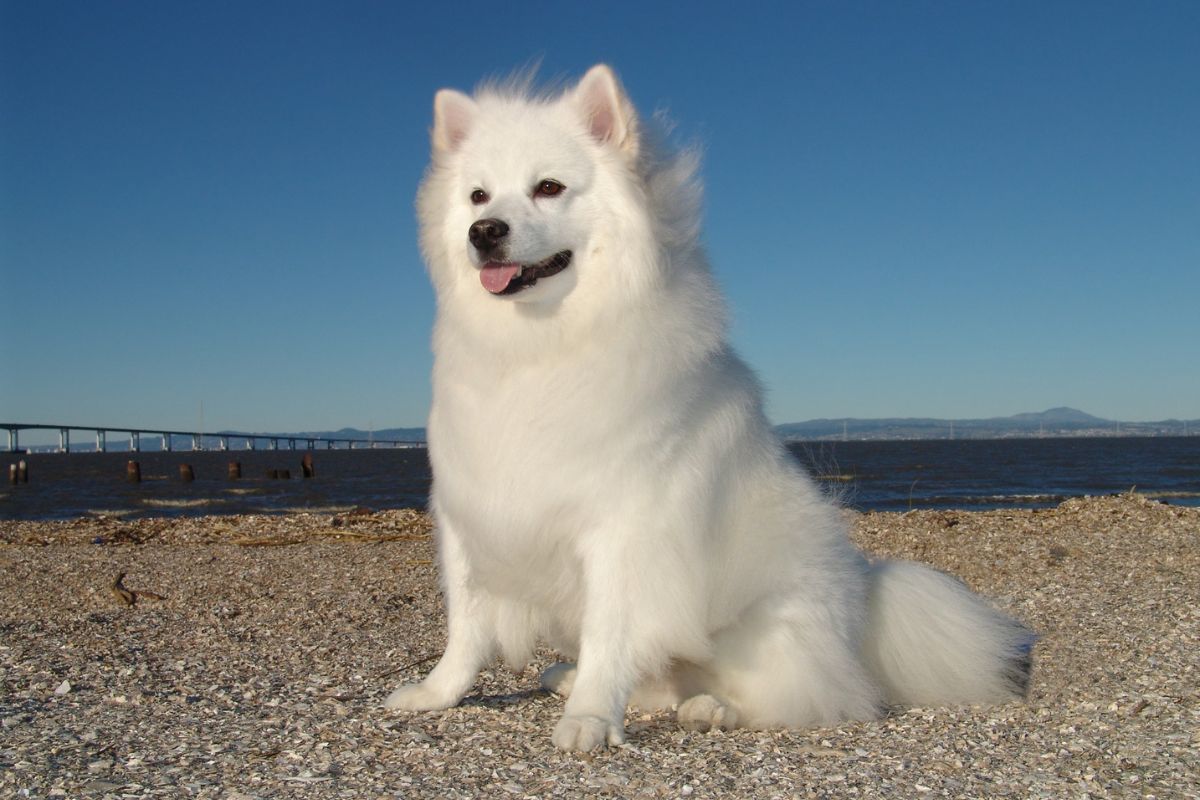 This is a small dog from the Spitz family. It has its origins in Germany but first came to America in the 1930s. With their straight, wedge-shaped ears and distinct black lips, nose, and eye rims, these dogs look very much like the white Artic Fox. 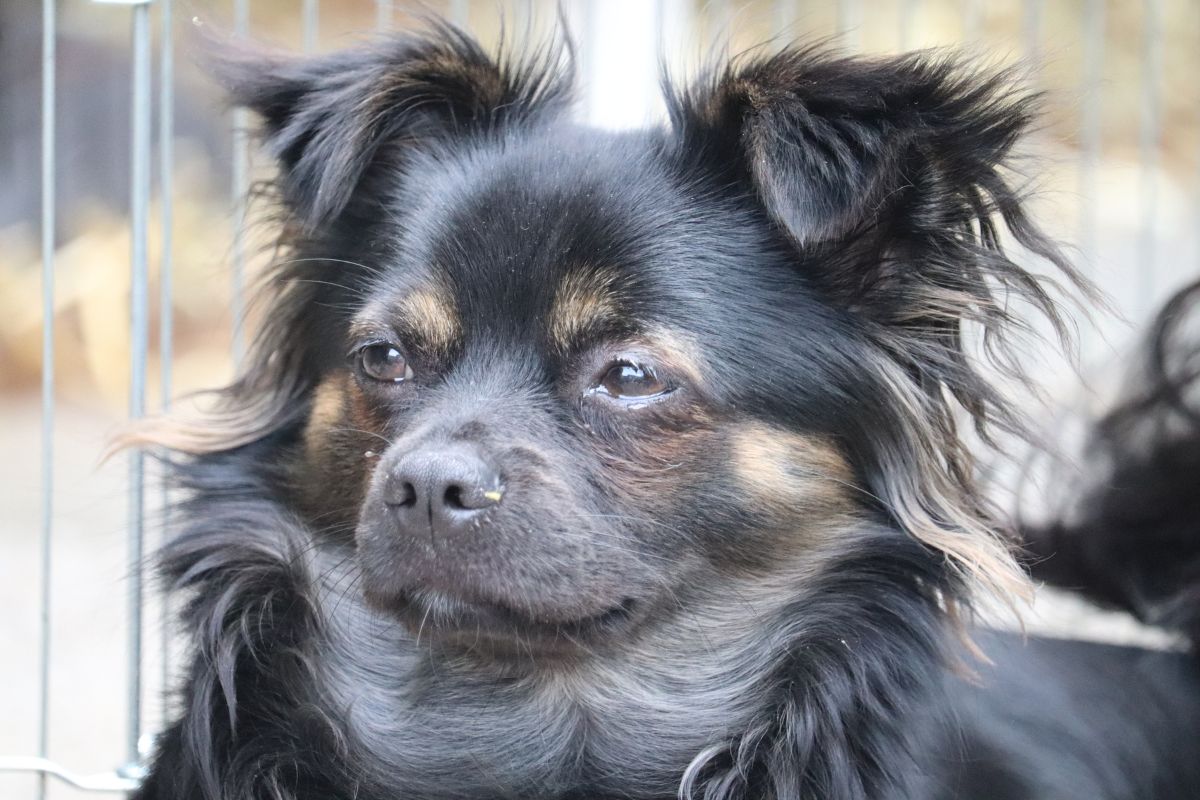 This is the world’s smallest dog. The Chihuahua is known for its sharp and snappy bark and its eccentric disposition. The dog first appeared in Mexico in the 1850s.

It is one of the more intelligent and sociable dog breeds, which is why it is a favorite of families the world over. The long-haired red Chihuahua looks similar to a small red fox. 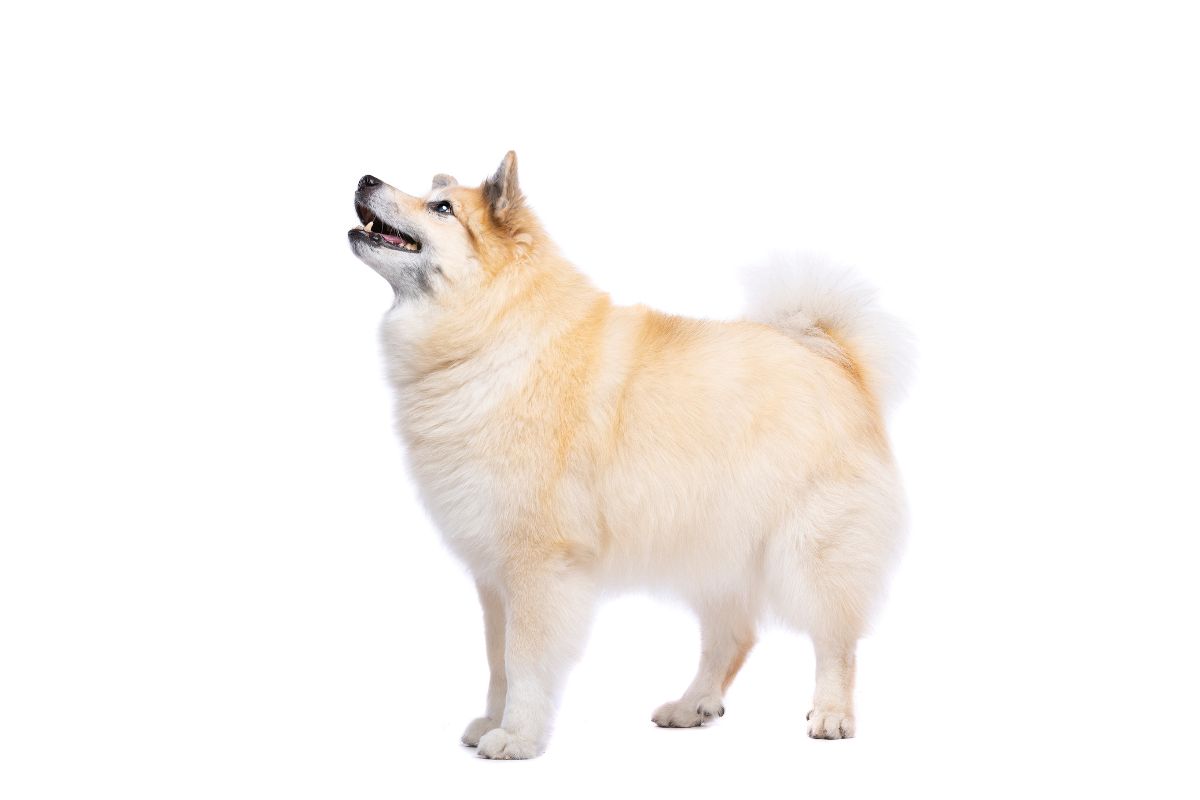 This dog, as the name suggests, has its origins in Iceland. It is an ancestor of the Shetland Sheepdog and the Welsh Corgi. These dogs are very sociable—to the point that they need constant human contact, otherwise they become anxious and depressed.

The dog’s upward-facing, triangular ears, and red fur are what make it similar in appearance to a fox. 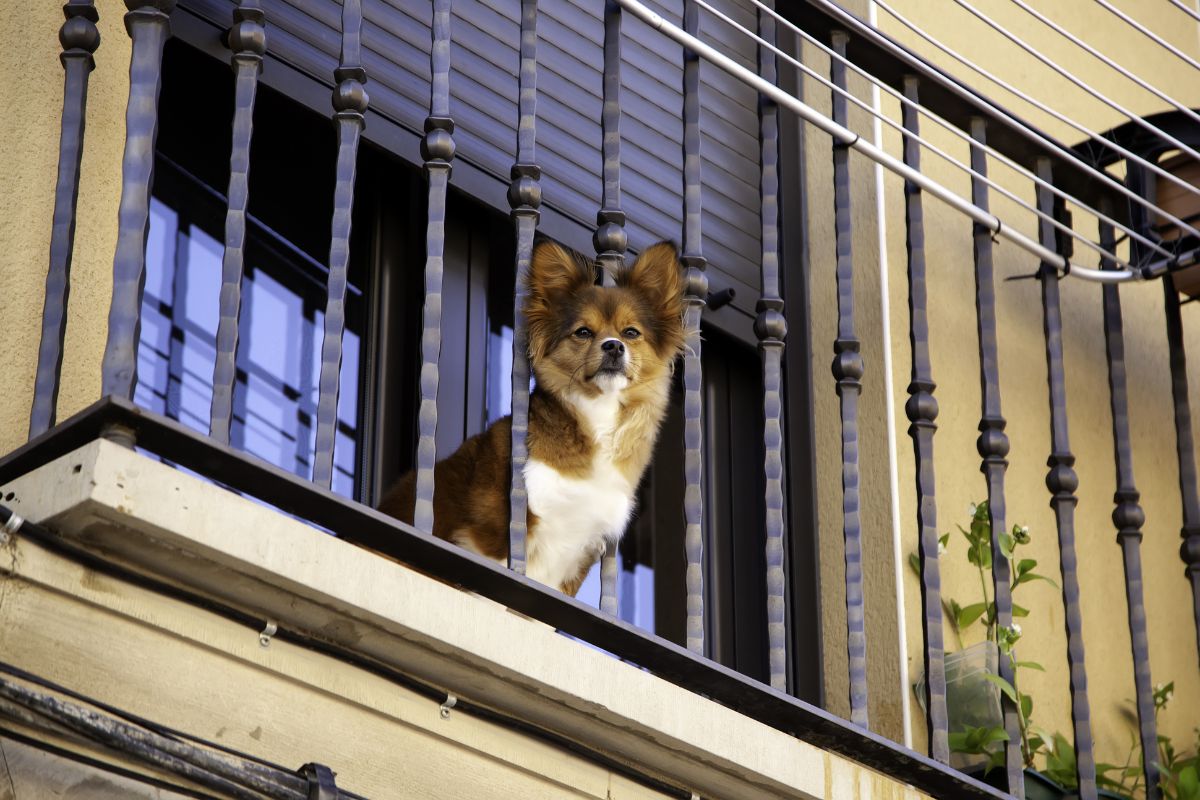 These dogs are native to the United States and are wolf hybrids. They are alert, quick, and learn very quickly. The long legs and strong body of the Kugsha dog make it perfect for the carrying of heavy loads across long distances.

Its red coat, erect ears, and lean body give it the look of a tan Arctic Fox.

Where are foxes most commonly found?

Foxes are found all over Europe, the temperate zones of Asia, North Africa, and North America. They were introduced to Australia when the first English colonists settled there, and have established themselves across most of the continent. Red foxes are the most common kinds of foxes.

They inhabit the entire northern hemisphere, and can even be found in the Arctic tundra. In general, foxes are a highly adaptable species. They can inhabit sand dunes, salt marshes, and mountain tops.

They have even learned to adapt and survive in urban areas as cities have expanded across the world and grown in size.

How does the red fox adapt to its habitat?

The red fox can adapt to just about any kind of territory it finds itself in. They can adapt their behavior, physical traits, and their hunting and eating habits. The red fox is a rather clever animal that can think on its feet to find food and avoid predators.

Since they eat both animals and plants, they are not limited to one type of locale. They can establish food sources in different types of places. They survive in the wild through speed, cunning, and camouflage.

They have long legs and slim bodies that help them reach speeds of up to 30 mph. More than enough to outrun potential predators. Their red and brown fur helps them blend into a range of natural environments, from expansive woods to dense forests.

Red foxes can also adapt to colder habitats. They are covered in thick fur from head to toe, which keeps them warm even in the freezing temperatures of the Arctic. The fur also provides insulation for their feet when they walk on snow.

Indeed, red foxes are known to cross paths with Arctic foxes in the tundra. These foxes survive in cold places not by hunting, but by skilled foraging and scavenging. They find leftover prey that other animals have left behind.

What is the conservation status of foxes?

For many years, foxes were hunted for their fur. This is still the case in many regions. This animal enjoys no international legal protection. They can be hunted in America and in some places in Europe.

In Britain, the Hunting Act of 2004 prohibited the hunting of foxes with dogs in England and Wales.

Are foxes good for the environment?

There has been some debate about this. Some people believe that foxes serve no useful function in nature. Many in Britain argue that the decline in fox hunting has led to an overabundance of foxes. These same people claim that the nature of the fox as a scavenging animal has put other smaller animals in danger—especially farm animals.

On the other hand, the hunting of foxes for fur can quickly lead to the decimation of the species. This seems to be more of a worry on an island nation such as Britain than in other places.