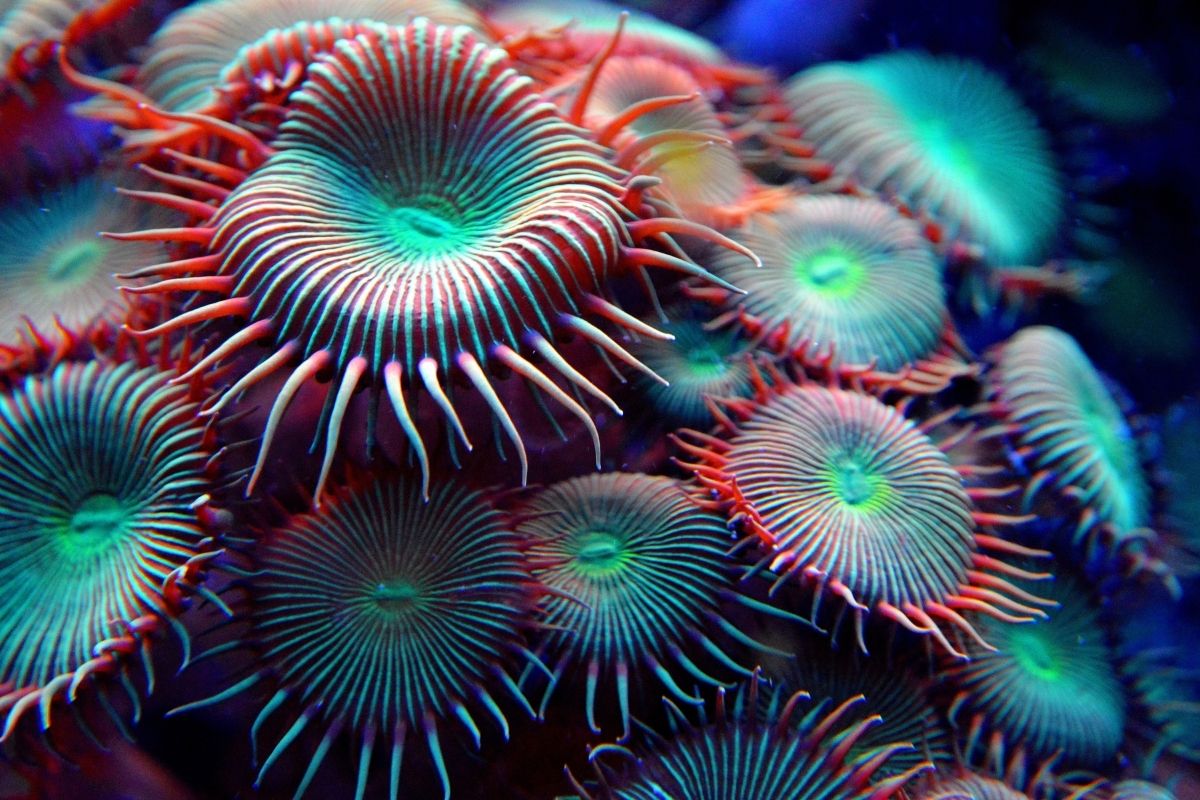 ”Follow your heart. Your heart is the right guide in everything big.” I often follow this sage advice, but what about animals that don’t have hearts?

I’m not talking figuratively about someone who doesn’t seem to have feelings. I’m talking literally about animals that don’t have hearts. Stranger than fiction, you might be thinking.

Several animals live without hearts. They don’t need it to pump blood or carry oxygen through their circulatory systems. It seems unimaginable, but these creatures have everything they need to live without a heart.

Let’s learn more about these incredible animals, and how they function without a heart. 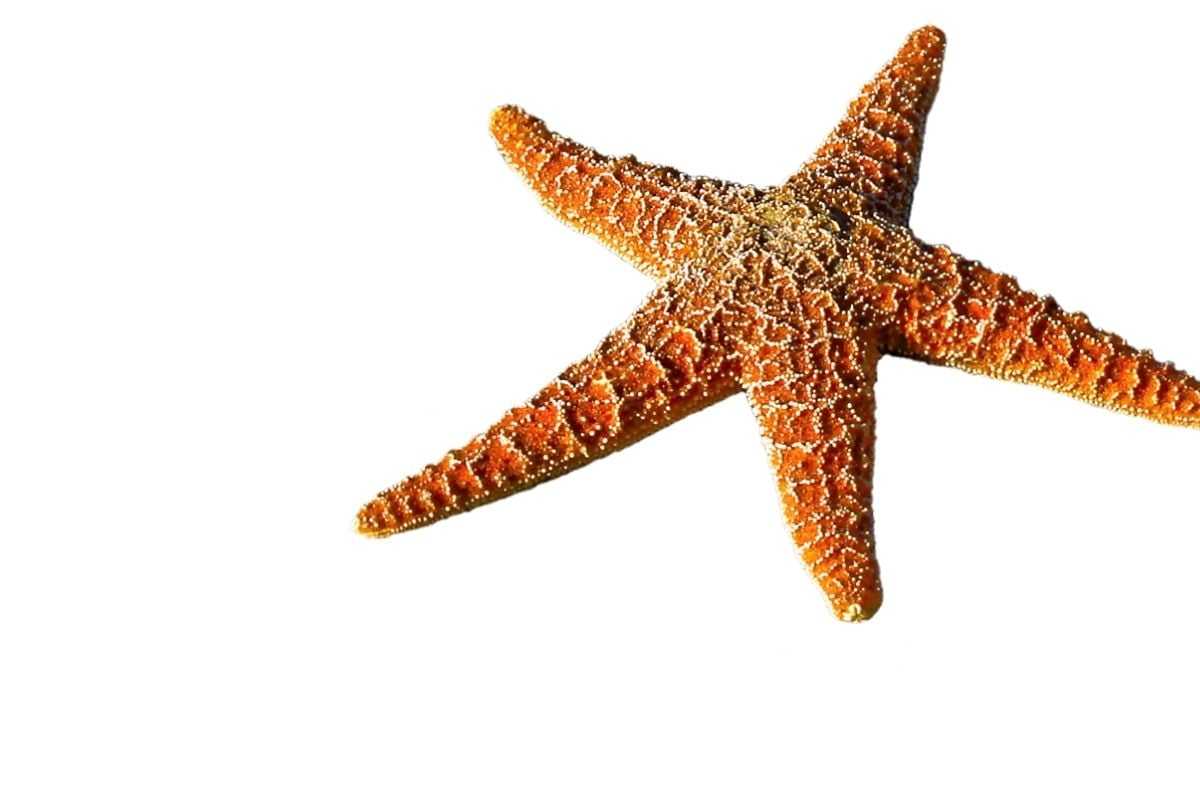 Starfish live in almost all water environments, but mostly in the oceans. They eat oysters, clams, plankton, and even other starfish. Since starfish don’t have teeth, they swallow their food whole.

This means the seawater moves through the body cavity but without the help of a heart. Seawater, instead of a heart, moves nutrients through their bodies. The vascular system extends down each leg of the starfish.

As the water moves through the legs, it provides nutrition, movement, and the ability to hunt prey. 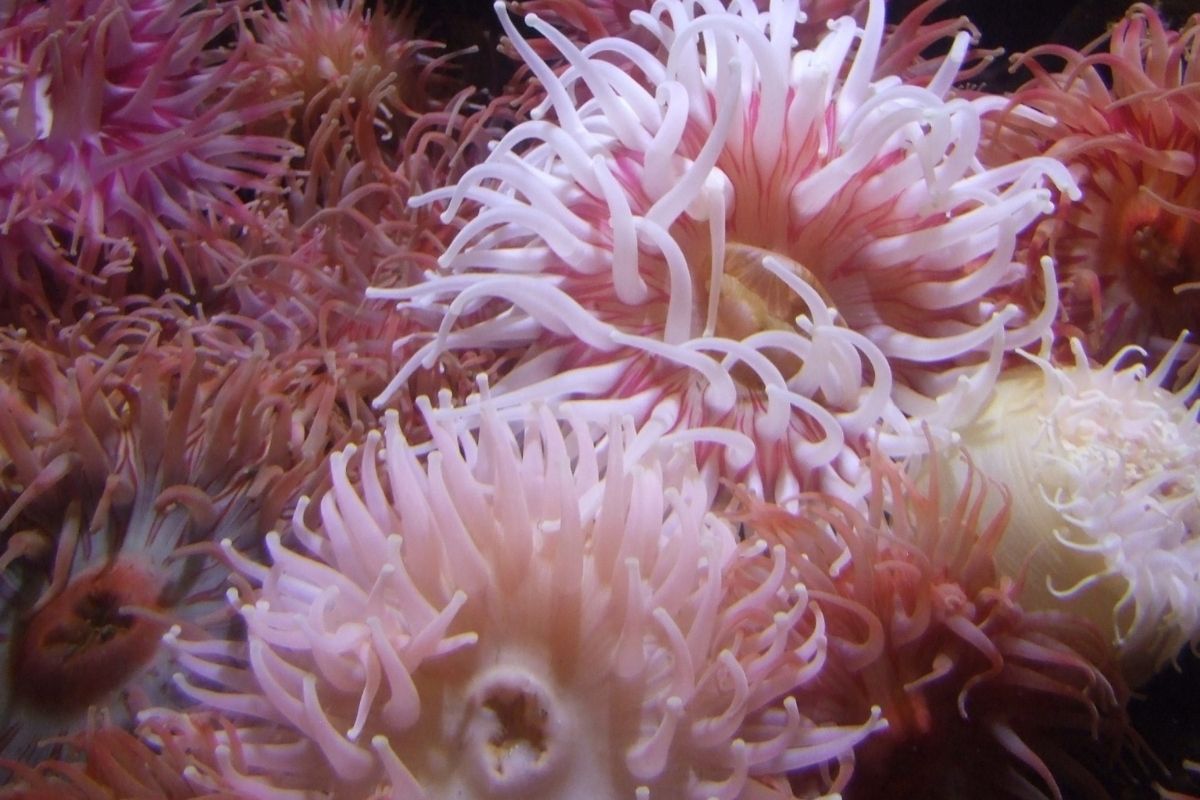 Sea anemones attach themselves to hard surfaces or live at the bottom of the ocean in the soft sand. Most of them live in tropical waters but several have adapted to cold seawater. Many people call them the ”flowers of the sea” because of their colorful petal-like tentacles.

These tentacles might be as delicate as a flower, but they capture any prey that gets too close. Sea anemones eat crabs, small fish, mollusks, and many other sea organisms. Since sea anemones don’t have a heart, their stomach serves as their circulatory system.

This form of circulation is called gastrovascular. It provides nutrients and removes waste from the body by diffusion or the movement of seawater moving through the cells. 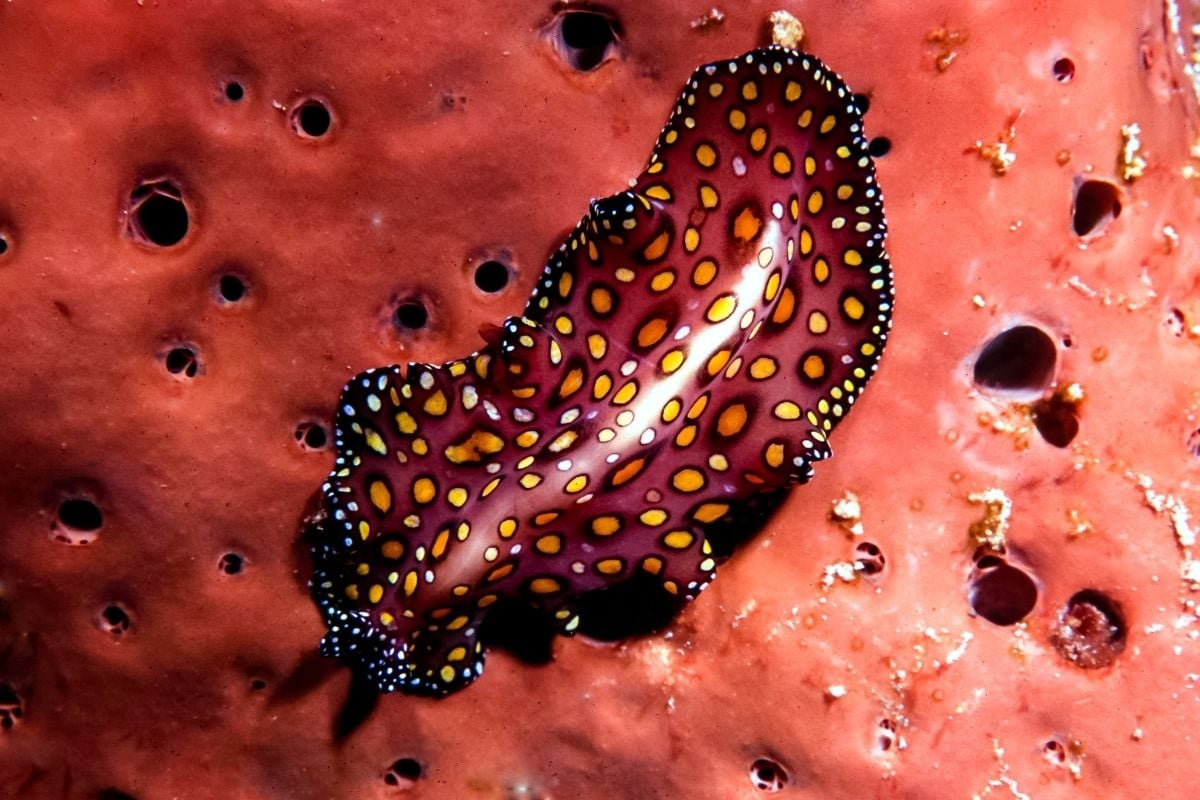 Flatworms have soft, flat bodies with no bones or hearts. There are three types of flatworms, which include planarians, flukes, and tapeworms. They have only one opening in their bodies.

It’s often called a mouth, but it also removes waste. Over 20,000 flatworm species live worldwide. They feed off other animals, including humans.

The most well-known flatworm is the tapeworm. It can live in your digestive tract and consumes the food you eat. Other flatworms live in salt and fresh water, feeding on dead or injured marine life.

These parasitic worms don’t have digestive, respiratory, or circulatory systems. Without a heart, they absorb oxygen through their body tissues. This is also how they expel carbon dioxide. They have only one opening in their bodies. It’s often called a mouth, but it also removes waste. 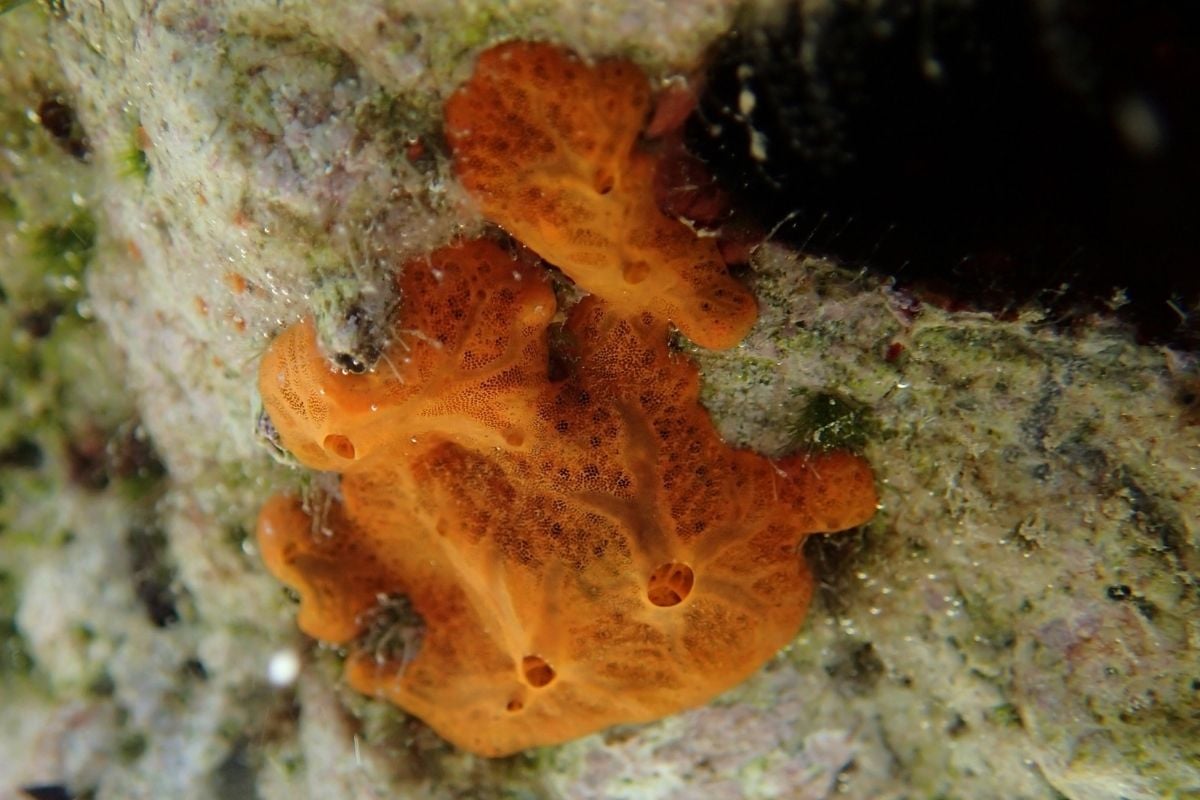 Most sea sponges eat by filtering water through their body cavity and consuming nutritious organisms. This is called suspension feeding. Most of their food sources are algae, plankton, and bacteria. Sponges have to work hard for their food.

They have to pump one ton of water to filter one ounce of food. These brightly colored sea sponges live in colonies at all depths of the ocean. They don’t have a mouth, circulatory system, or any true tissue or organs.

This means they don’t have a heart. 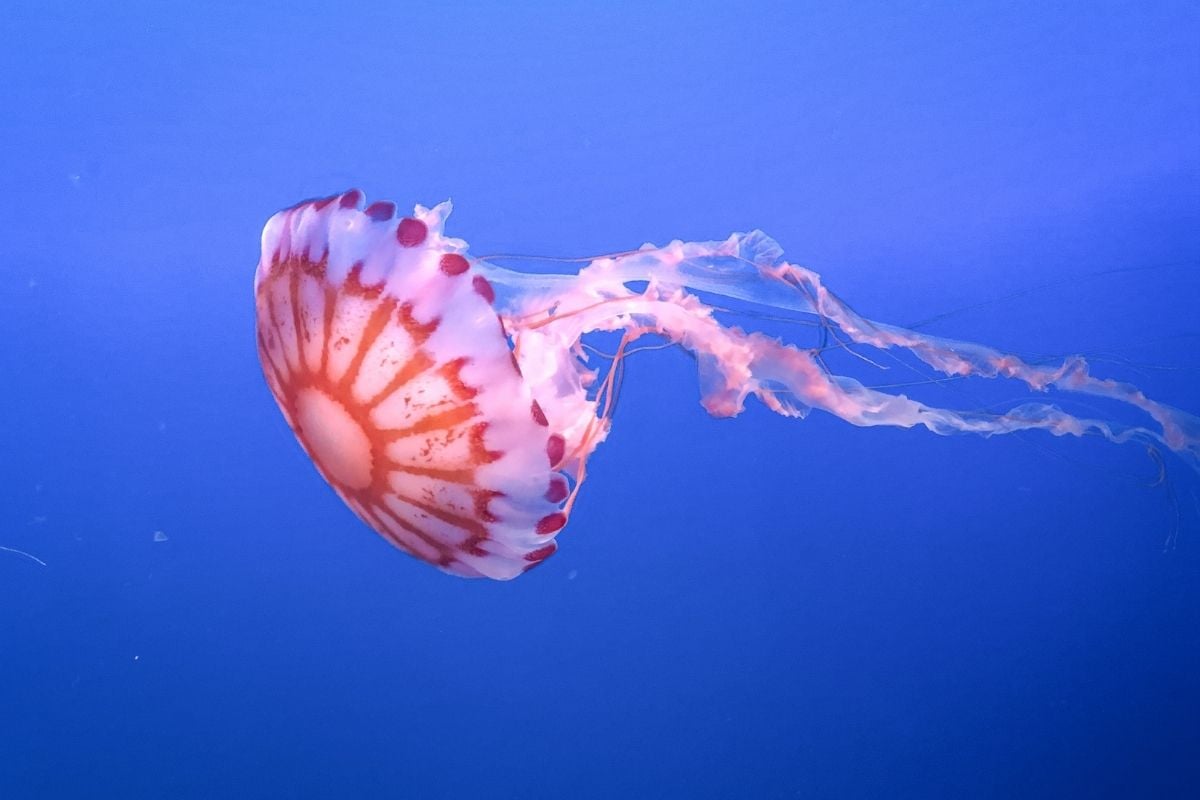 Jellyfish aren’t the nicest creatures in the sea. They might look like harmless, gelatinous blobs floating in the ocean, but they have huge amounts of toxic, stinging tentacles. A marine biologist, Dr. Cheryl Ames from the Smithsonian National Museum of Natural History says that jellyfish tentacles are like hollow straws.

After stinging their prey, which consists of small crustaceans like shrimp, larvae, and fish eggs. These food sources get swept up in the tentacles and water’s motion, so the jellyfish can eat them. Jellyfish don’t have a heart. They also don’t have a circulatory, respiratory or nervous system.

They absorb food and oxygen through their thin-layered bodies. 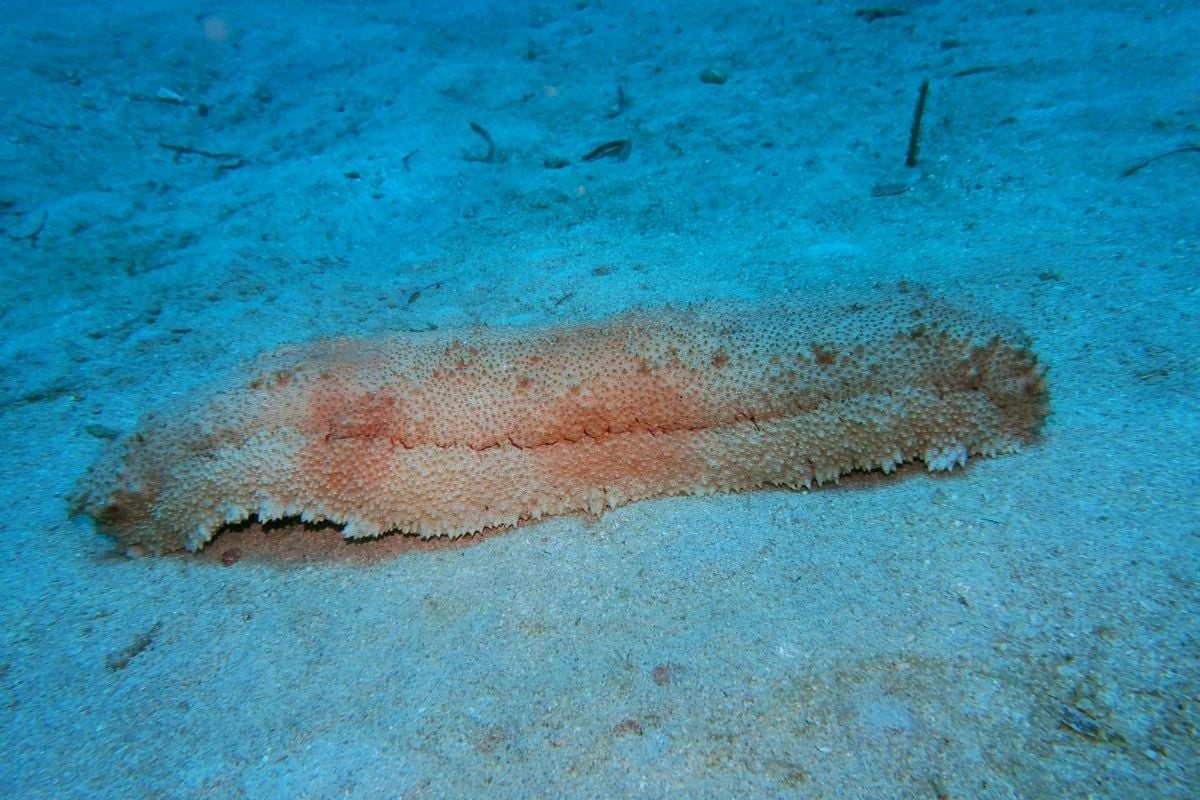 Sea cucumbers look like cucumbers you might grow in your vegetable garden. You can find them in all marine waters throughout the world. They can live in shallow and deep-sea environments.

They have tubed feet all over their bodies, which they use to attach themselves to the ocean bottom. Here, they scavenge for food, such as plankton, algae, waste particles, and invertebrates.

Although they don’t have a heart, sea cucumbers do have a respiratory tract. It’s located next to their digestive tract. They have short tentacles around their mouths that grasp food.

Unlike other creatures without hearts, the sea cucumber has a circulatory system that pumps clear blood. It runs next to the gut. Dorsal vessels pump blood into the respiratory and digestive tracts. 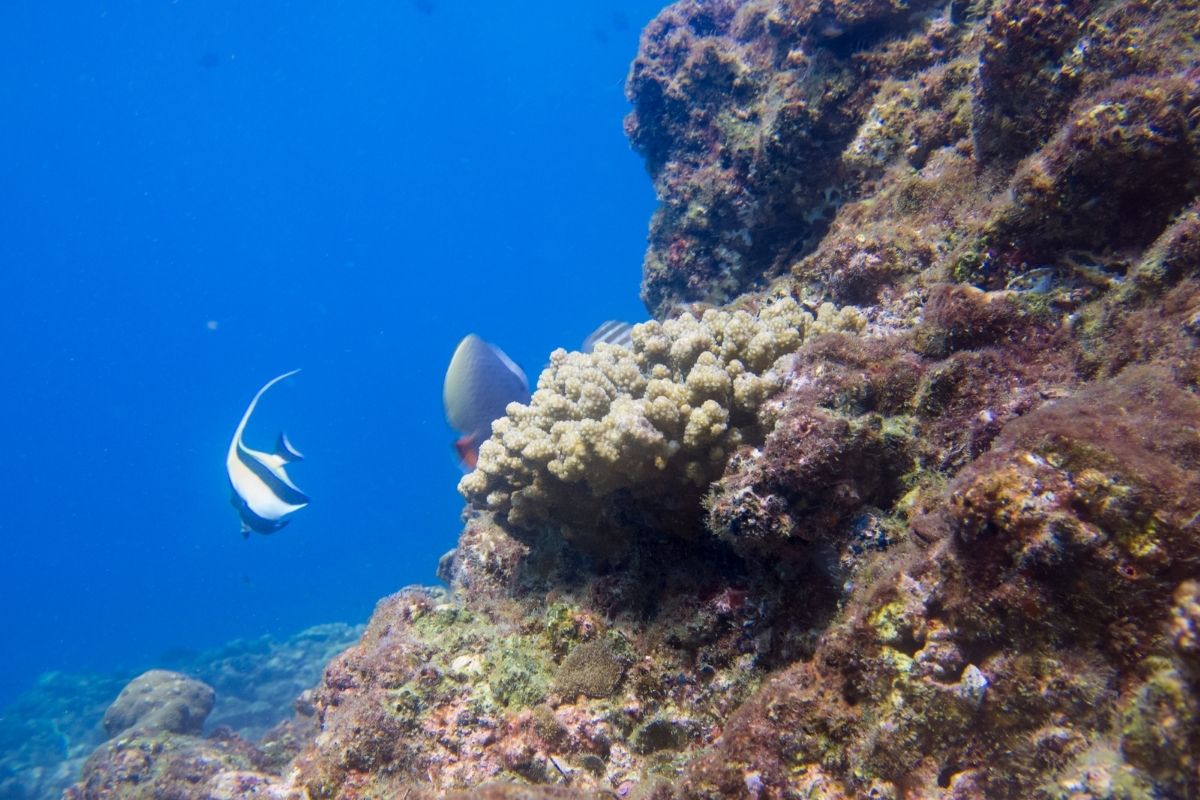 Many coral species live in all the world’s oceans. They can survive in arctic and tropical regions. However, reef-building coral has to live where the sunlight can reach them in the water. Coral builds reefs that shelter fish, algae, and hundreds of other types of marine life.

Coral looks like a plant, but it’s really an animal. They grow connected to each other and depend on one another to survive. Tiny organisms called polyps are individual coral that use the ions in the water to form skeletons on the outside of the coral to protect them.

The polyp has a mouth surrounded by tentacles. They collect algae and zooplankton for food and sting any sea life that threatens them. After digesting the food, waste regurgitates through the mouth. Their digestive or gastrovascular system replaces a circulatory system, so they don’t need a heart.

Maritime Herald: Where Do Starfish Live:

Smithsonian Institute: It’s All in the Jellyfish Family