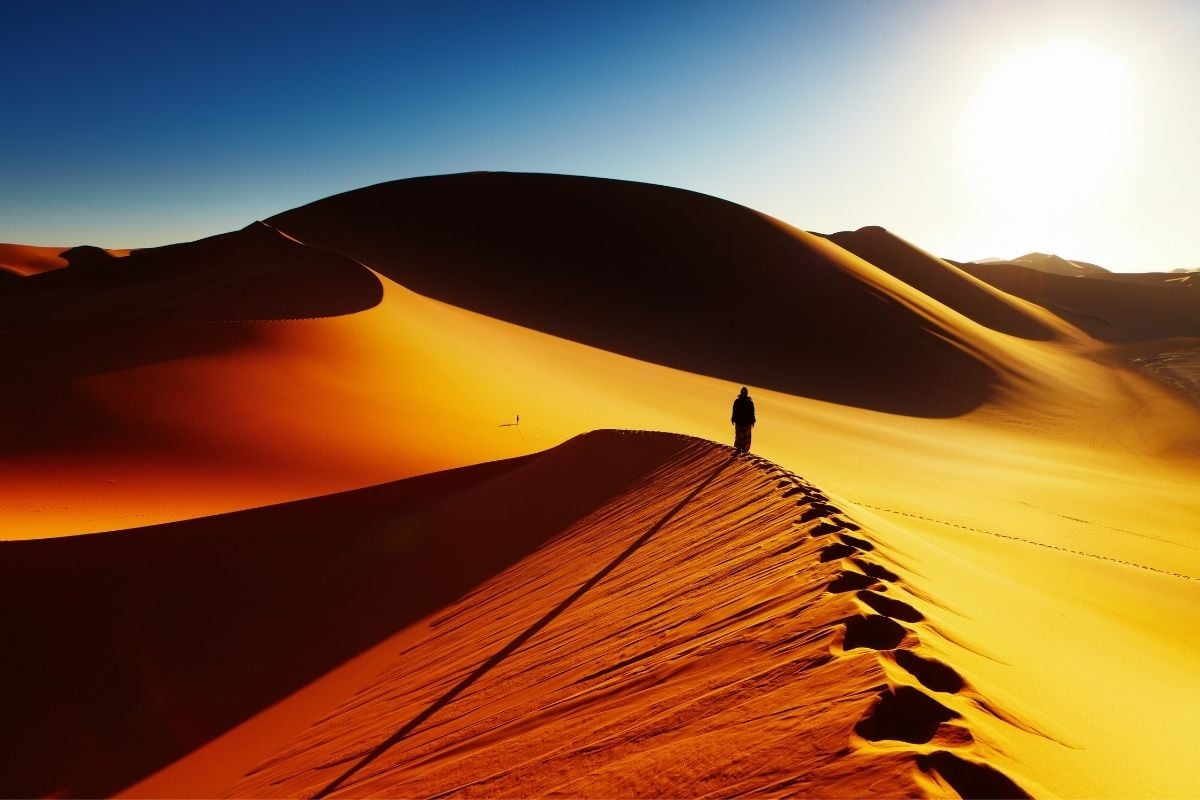 There are five treeless countries, or more appropriate, countries without forests in the world, according to World Bank data. One is truly hilarious, Greenland since the name would make us easily think it is filled with lush greenery. Anyway, the other four treeless territories are Monaco, Oman, San Marino, and Qatar.

So, if countries with trees are struggling with climate issues, what about those without them? How is it possible for a country to not have trees? Even deserts have a few, or so I thought since some deserts are too dry to have any trees at all that thrive there.

Let’s look at what scientists have to say, then analyze these countries individually.

Contents show
Nations With Less than Percent Tree Cover
What is Considered a Forest?
Inclusions
Exclusions
Why Are Some Countries Without Forests?
The Four Countries With Zero Forests
Greenland
Monaco
San Marino
Qatar
Oman
Central and Western Asian Countries With Dry Landscapes
Countries in Africa Affected by the Sahara Desert

There are several countries that the World Bank states as having less than a percent of tree cover, including:

What is Considered a Forest? 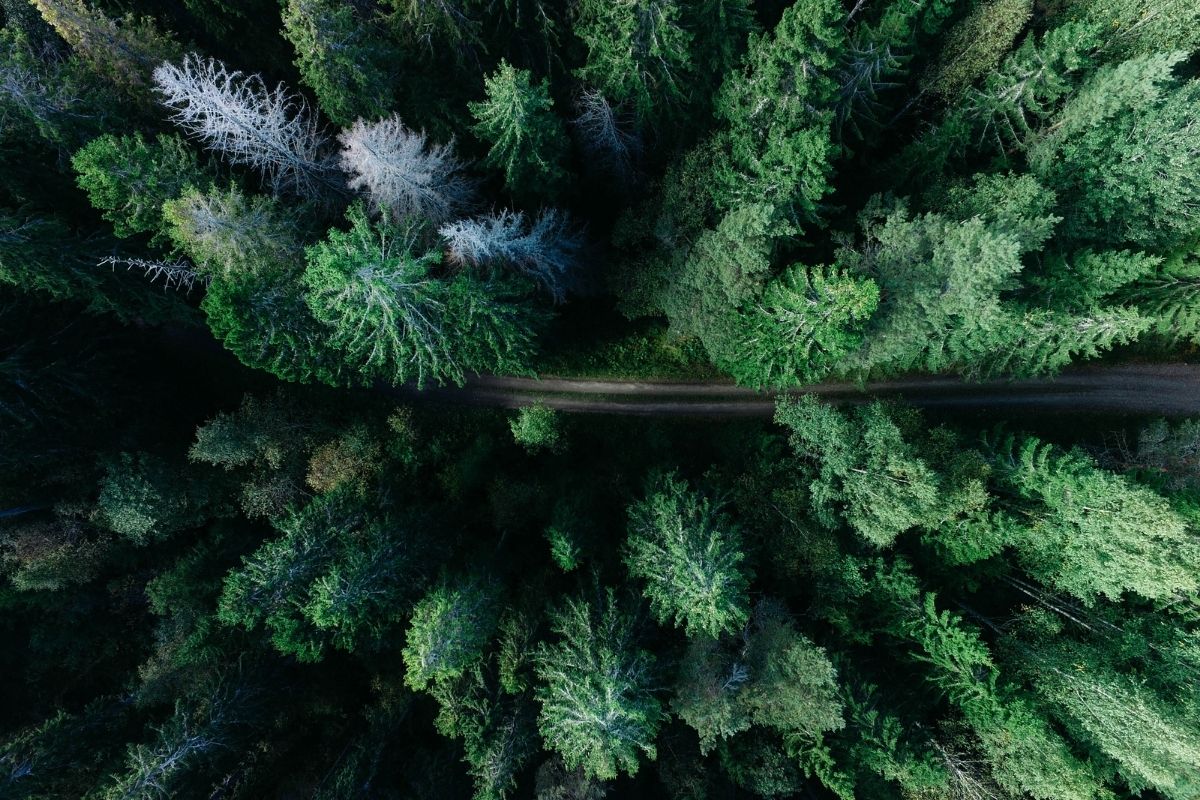 Forest area is defined as land with trees taller than five meters and a canopy cover of at least ten percent, or trees that can achieve these thresholds in situ, covering an area larger than 0.5 hectares. Agricultural and urban land uses are not included in this calculation. Both the existence of trees and the lack of other major land uses contribute to the definition of a forest.

Ideally, the trees must be capable of growing to a height of at least 5 meters. As a result of human intervention or natural calamities, areas that have not yet attained but are predicted to reach 10% canopy cover and tree heights of at least 5 m are included in the study.

Plantations are mainly used for forestry or protection, as long as they meet certain height and canopy cover requirements, like those found in nature reserves, national parks as well as those found in areas of special scientific, historical, cultural, or religious interest. Shelterbelts,  windbreaks, as well as corridors of trees with an area larger than 0.25 ha and a width greater than 20 meters.

The presence of trees in agricultural production systems, such as in agroforestry and fruit plantation setups, is important. Urban gardens and parks are also excluded from the definition.

Why Are Some Countries Without Forests? 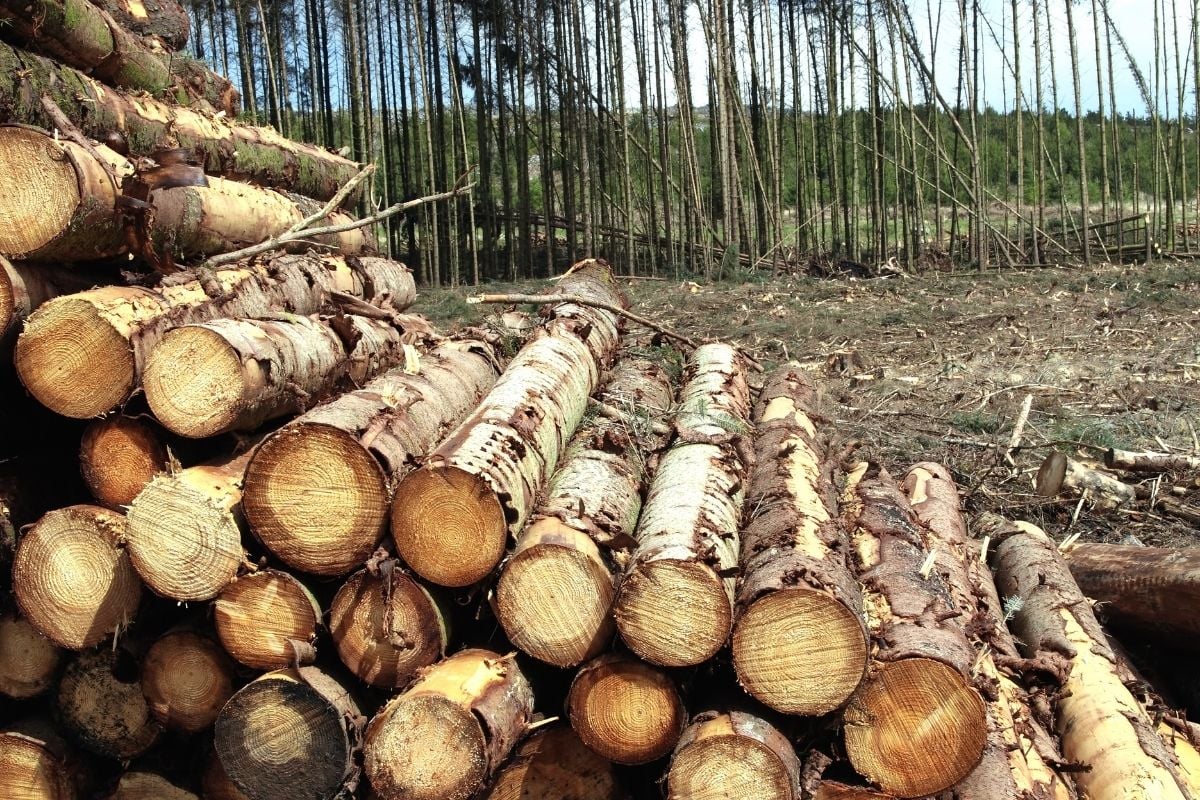 Because of the strain on available land caused by an ever-increasing population, tiny countries with high densities are inclined to have sparse or no forest cover at all. They include the Maldives, Kiribati, Nauru, and Monaco. Because of this, they are among the most densely populated places on the planet. Forest cover is 0% in Monaco, the world’s most populous country with 21,158 inhabitants per square kilometer.

In addition, there is no vegetation on Nauru. However, the forest cover in Kiribati and the Maldives is only 2% and 3%, respectively.

The Four Countries With Zero Forests

According to World Bank standards, the following four countries are considered as having no forests: 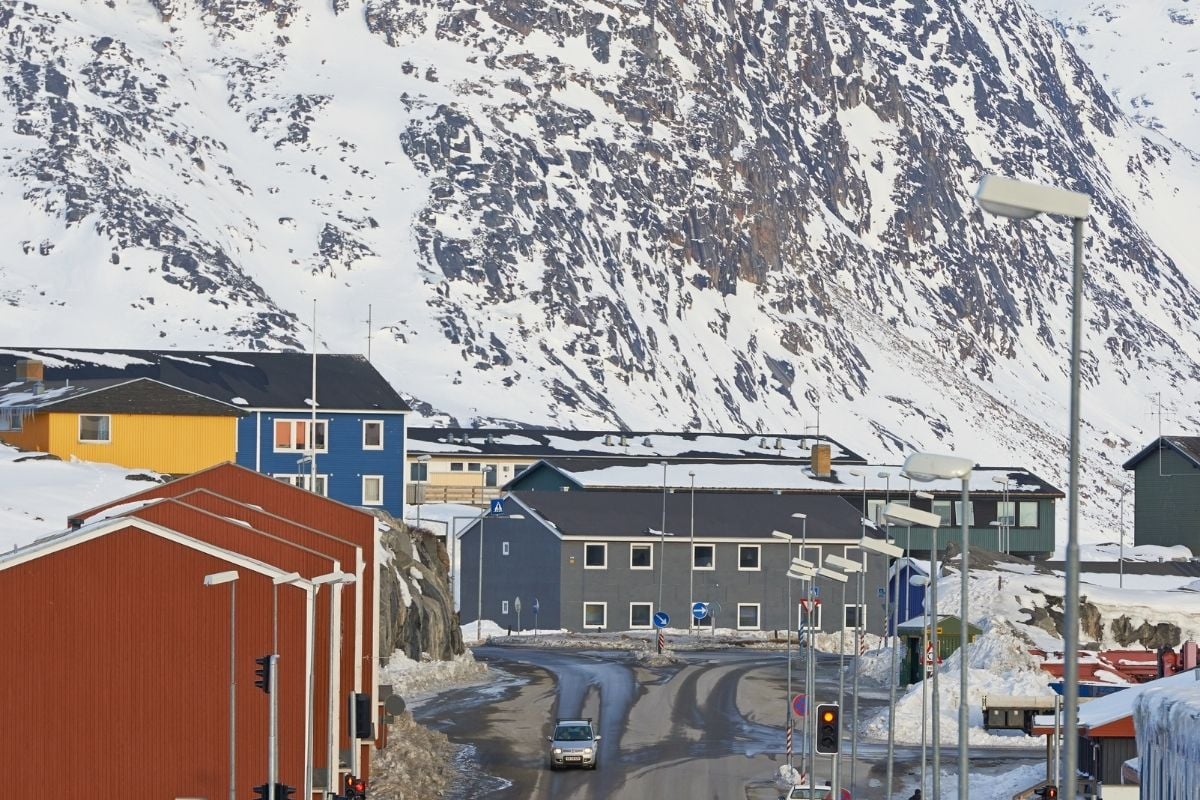 There is a remarkable abundance of vegetation in the valleys in southern Greenland’s interior. Vegetation, however, suffers from a dearth of species. Other than the crawling common juniper, there have been no conifers throughout the area (Juniperus communis var. saxatilis).

Greenland’s isolation makes it challenging for vegetation with large seeds to enter, which is one explanation for its lack of diversity. Many conifers and members of the pea family fall under this category. 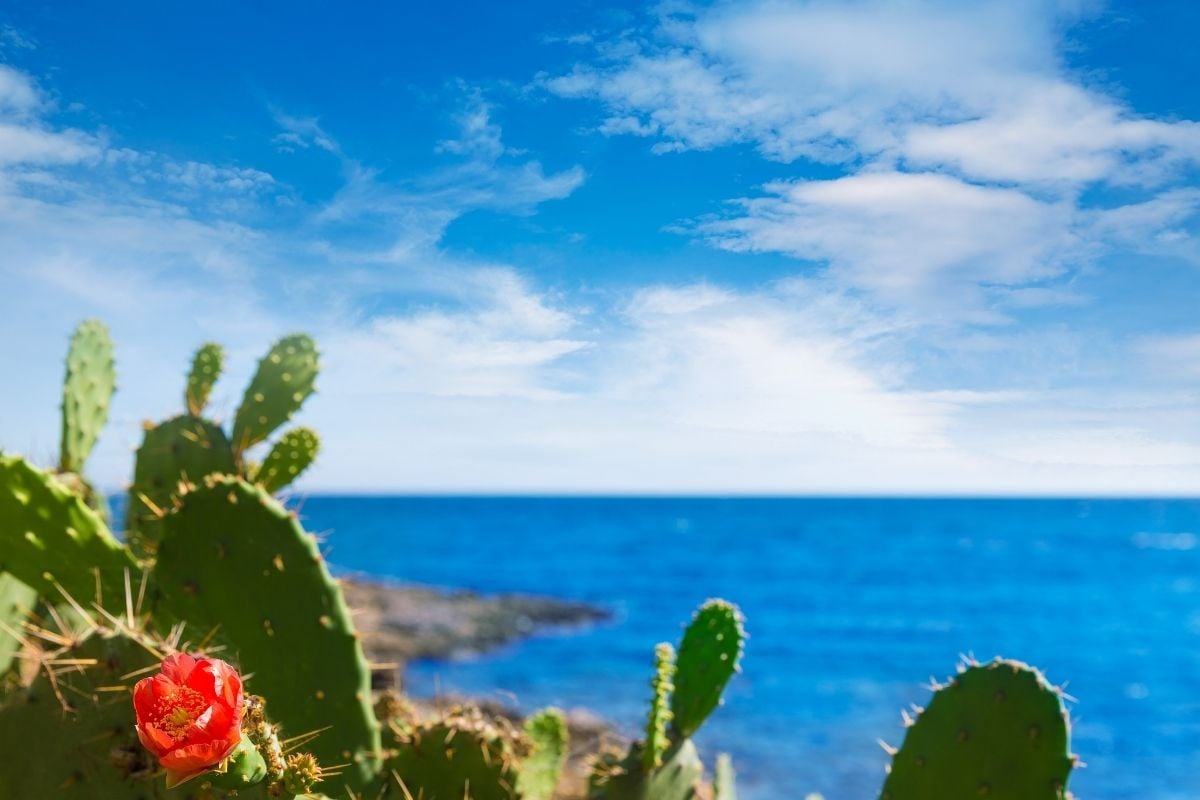 Monaco does not have any forests or agricultural land. Even though 42 hectares/20 percent of the country’s total land area is covered by green spaces, the nation is almost entirely urbanized. Many of the limestone cliffs that line the shore of Monaco protect coastal and thermophilic plants, making it a unique natural land region.

Monaco has eleven cities with a combined population of around 40,000. Monaco’s economy is heavily focused on banking and tourism. Many tourists are flocking to Monaco because of its casinos and Mediterranean climate. Services and low-pollution, high-value-added businesses have helped diversify the Principality’s economy.

Because of its size, San Marino is regarded as a major country. Twenty-four square miles or 61 km² is the total land area. Forests cover 1 square kilometer of San Marino’s land and account for 2% of the country’s total land area.

San Marino has 10 square kilometers of arable land, which accounts for 16% of the nation’s total area. San Marino’s yearly mean temperature is 11.85 degrees Celsius. San Marino receives an average of 608.6 mm of rain per year. 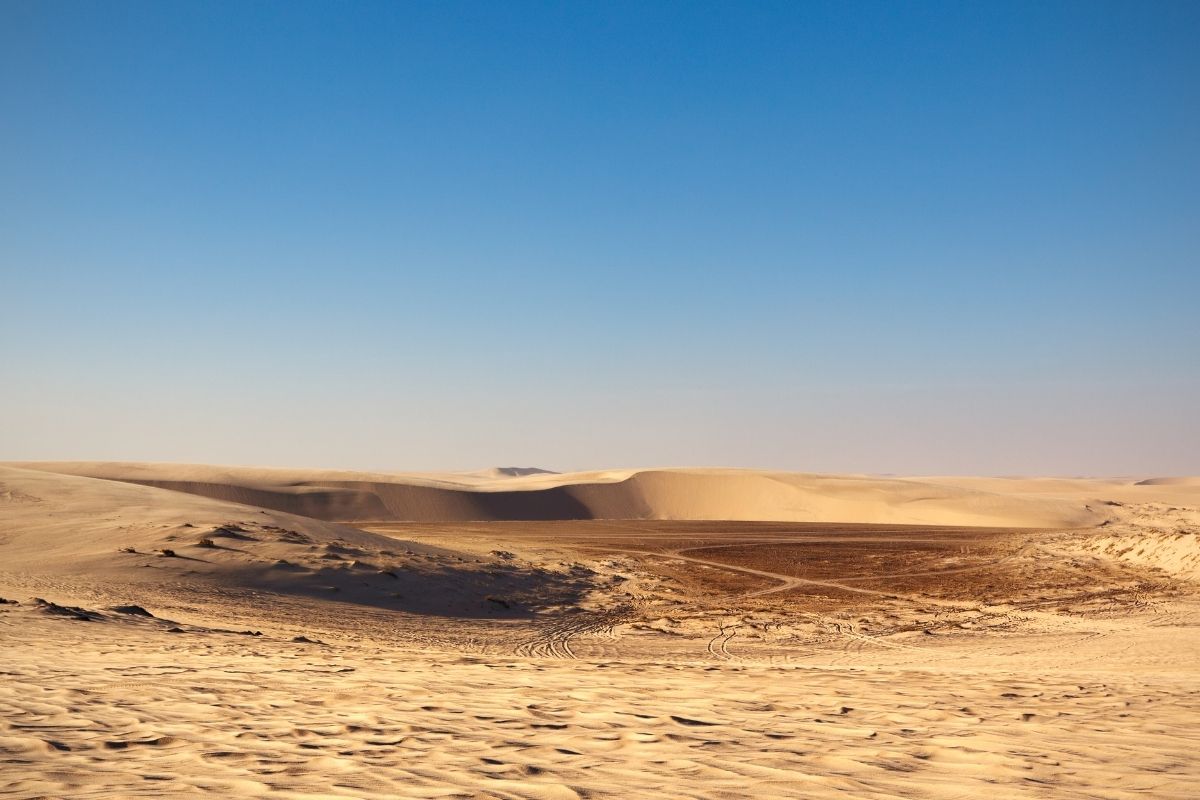 There are many skyscrapers in Qatar, which are prosperous, safe, and home to the world’s best airline. Unfortunately, there are no trees in this affluent land. Throughout the year, there is little to no rain in Qatar, which is exactly what you’d expect from the desert.

Because Qatar’s super-rich can’t bear to watch their country fall behind in anything, they’ve built the world’s largest man-made forest, consisting of over 40,000 trees. 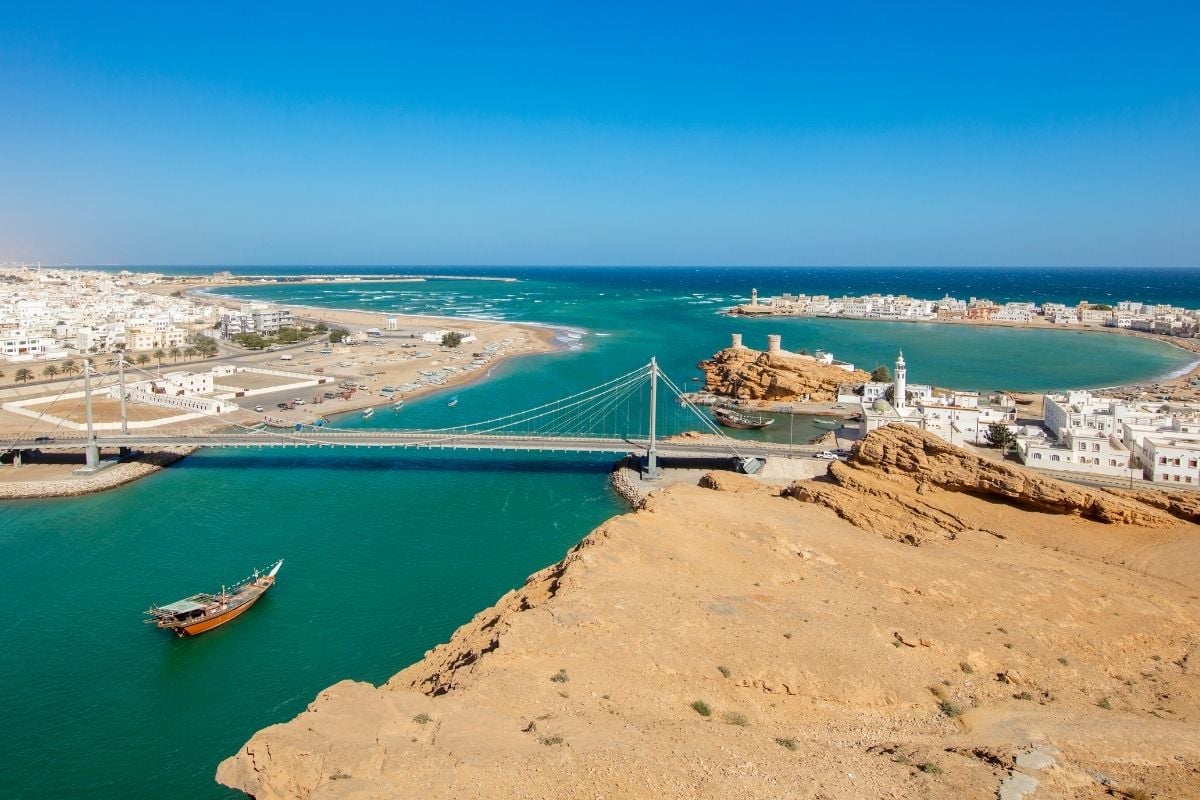 Oman has only 2,000 acres of forested land, according to the United Nations Food and Agriculture Organization. Two thousand hectares of woodland were planted in Oman. Carbon stored in the living biomass of Oman’s forests totals – million metric tons.

According to the World Conservation Monitoring Centre, Oman has 629 known reptile species of frogs, birds, and mammals. Oman has at least 1204 vascular plant species, with 6.1 percent of those being unique to the country. Category I-V of the IUCN protects zero percent of Oman’s land area.

In terms of land area, Oman is nearly the same size as the state of Georgia in the United States, with 309,500 square kilometers. The country has a wide range of stunning landscapes. It’s possible to see terraced orchards full of pomegranates, apricots, and roses nestled in the valleys between the steep mountains, as well as long expanses of gravel desert punctuated by wadis and big pools of water.

There are only 593 million hectares of forest cover in Asia’s 44 million square kilometers, making up only 14% of Asia’s overall land area. Asia is by far the largest continent in the world. There are vast areas of dryland, mainly deserts, covering thousands of square kilometers in many parts of the world.

Western Asia is among the continent’s driest regions. Some of the most sparsely populated countries can be found in this area. There is less than one percent forest cover in Saudi Arabia, the Arabian Peninsula, and Yemen.

Countries in Africa Affected by the Sahara Desert 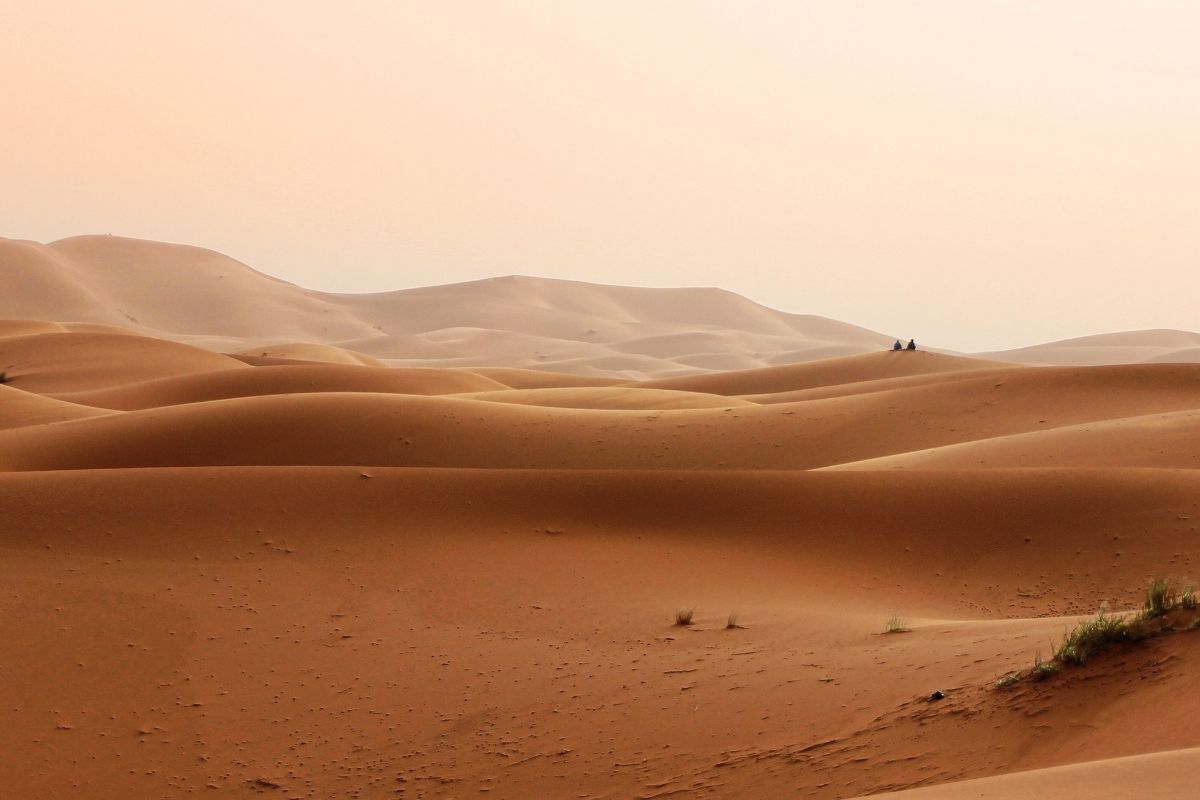 Roughly 624 million hectares (6.2 Km²) of Africa’s land area is covered by forests or one-fifth of the continent’s total area. Despite this, the Saharan Desert, the globe’s most vast hot desert and third-largest by area, covers over 30 percent of Africa’s entire land area. Since the Sahara Desert occupies the majority of North Africa, the area’s forest cover is severely constrained.

Tunisia, Chad, Algeria, and Mauritania are all located inside the 9.2 million Km² arid and hot desert, which has a tree cover lower than five percent in these countries. Most of these countries receive almost minimal rainfall and have extremely high temperatures, making it practically hard for trees to flourish.