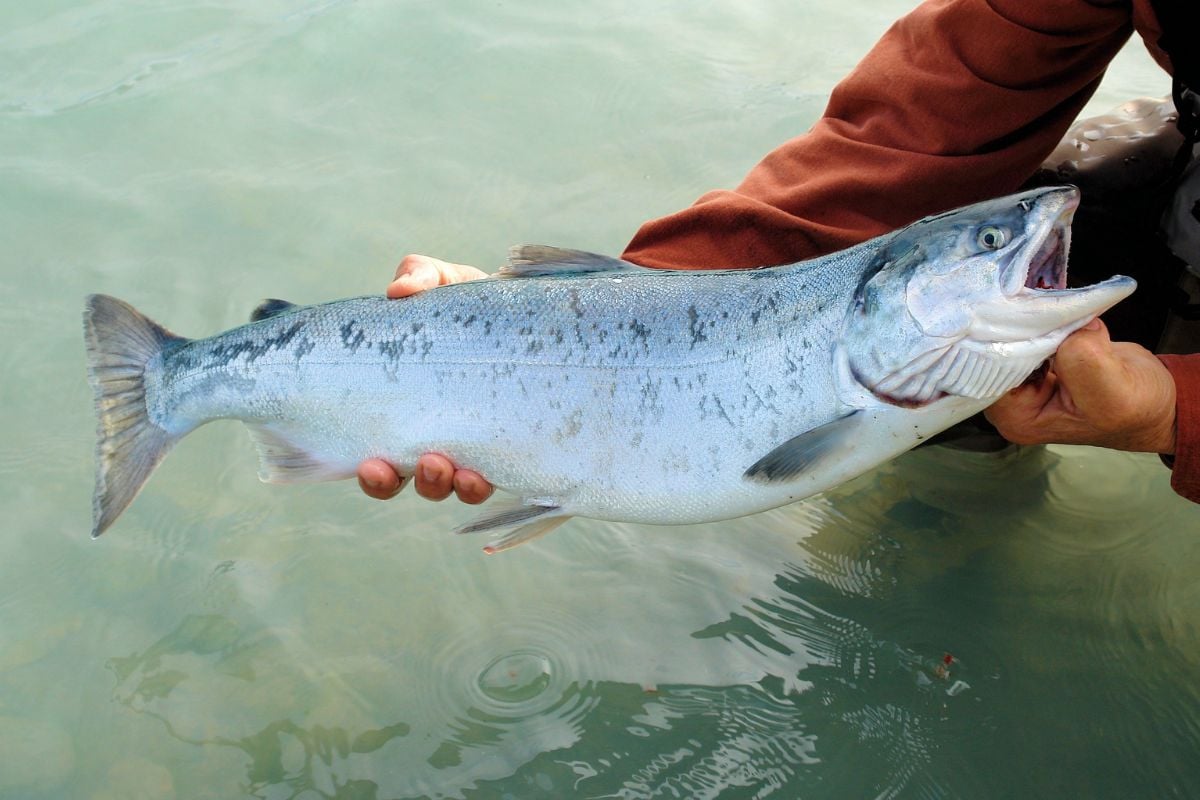 In the icy waters of Alaska, you will find wild salmon in every river living their best life as the dominant fish. Over in Maine, the last group of native Atlantic salmon can be found in these cooler waters. Even European species of salmon are found in some of the coldest waters, as that is their preferred environment.

A salmon’s diet includes lots of protein and meaty options like smaller fish and shrimp when available. There are at least seven known types of salmon that include the Atlantic salmon, Chinook salmon, Pink salmon, Sockeye salmon, Coho salmon, Chum salmon, and Masu salmon. There are some other fish, however, that can get mistaken for salmon in their looks, actions, and even taste.

Contents show
1. Arctic Char
2. Rainbow Trout
3. Yellowtail
4. Grayling
5. Chilean Sea Bass
6. Sea Run Brown Trout
7. Steelhead Trout
8. Bluefish
9. Mackerel
10. Tilefish
11. Striped Bass
12. Wahoo
13. Swordfish
14. Milkfish
15. Tuna
FAQs About Salmon
It is no secret that Salmon is a predator of small fish. What are natural predators for the salmon in the ocean?
How old can salmon grow to be?
Of the seven types of salmon, which type is the biggest? 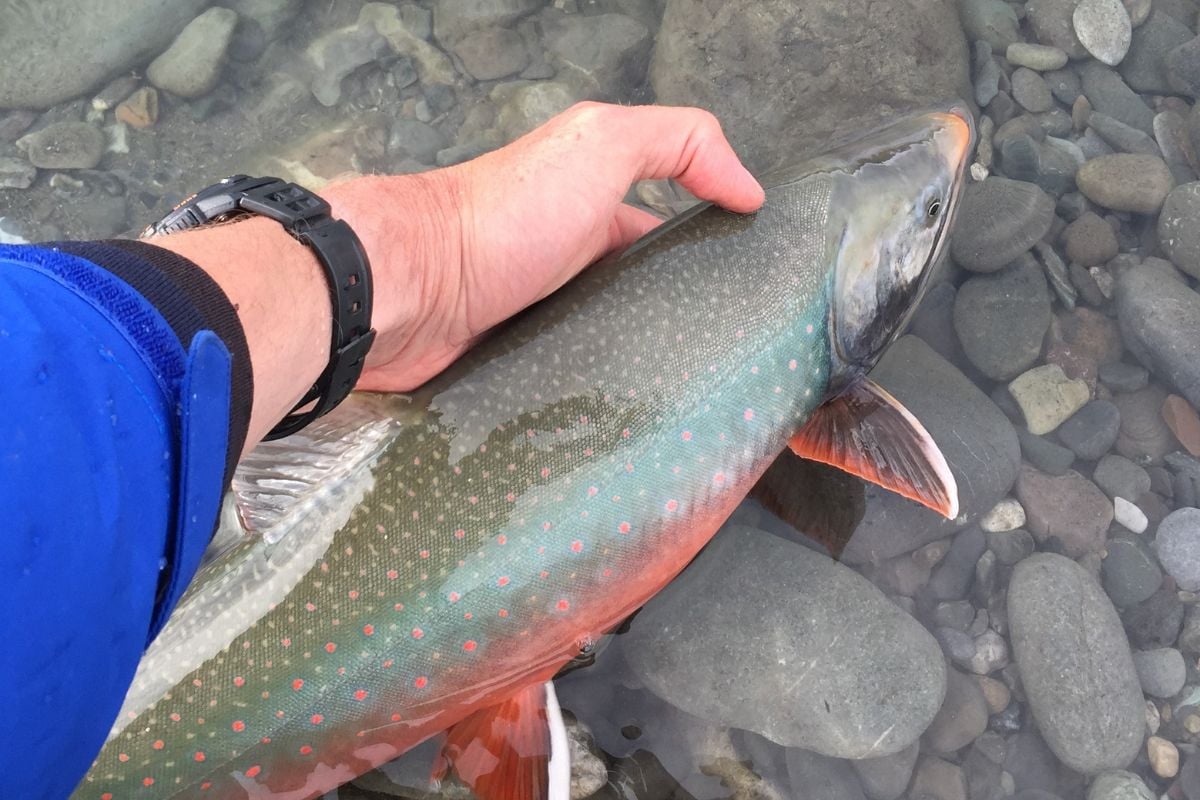 Like Salmon, the Arctic Char is a cold-water fish that is in the salmon family but is more like a cousin instead of a sibling. There are significant differences and similarities. The Arctic Char is the northernmost freshwater fish in Europe where it is native.

It has a variety of colors like salmon, which makes it appear similar and easy to confuse. It is different from the salmon in that it only likes freshwater, which is different from salmon. They feed on insects, salmon eggs when they can find the eggs, and small crustaceans that are located along the bottom of the lake.

See also  Are Honey Badgers Immune to Venom? If So, How? 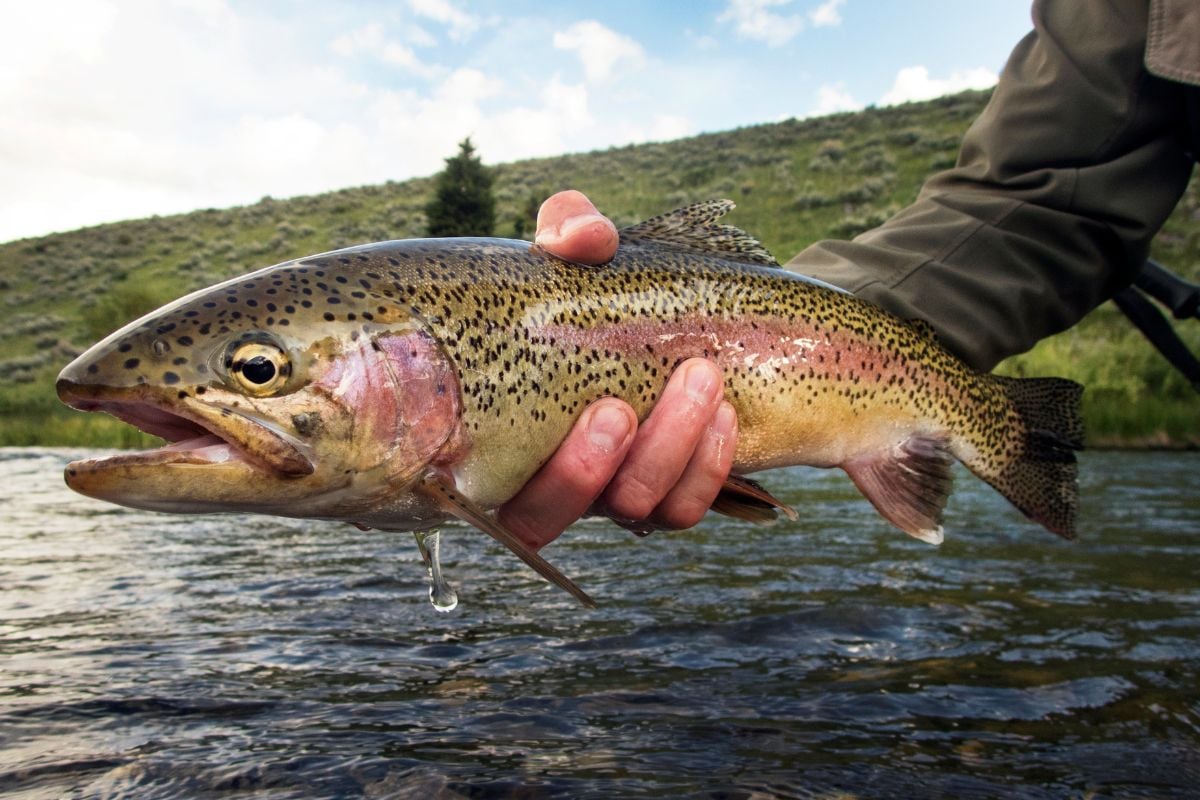 Another fish found in colder waters is the Rainbow Trout. This is a member of the trout species found in the freshwater rivers of North America. This fish enjoys a more shallow habitat full of rocks and even some gravel.

Rainbow trout are found commonly in mountainous areas because they offer this type of environment. It is similar to the salmon because of the array of colors found on the scales and the preference for the colder water. The difference between the two, however, can be found in the way they hunt.

While both are carnivores, the Rainbow Trout enjoys a hunt for challenging prey and other fish that salmon otherwise would not bother with. 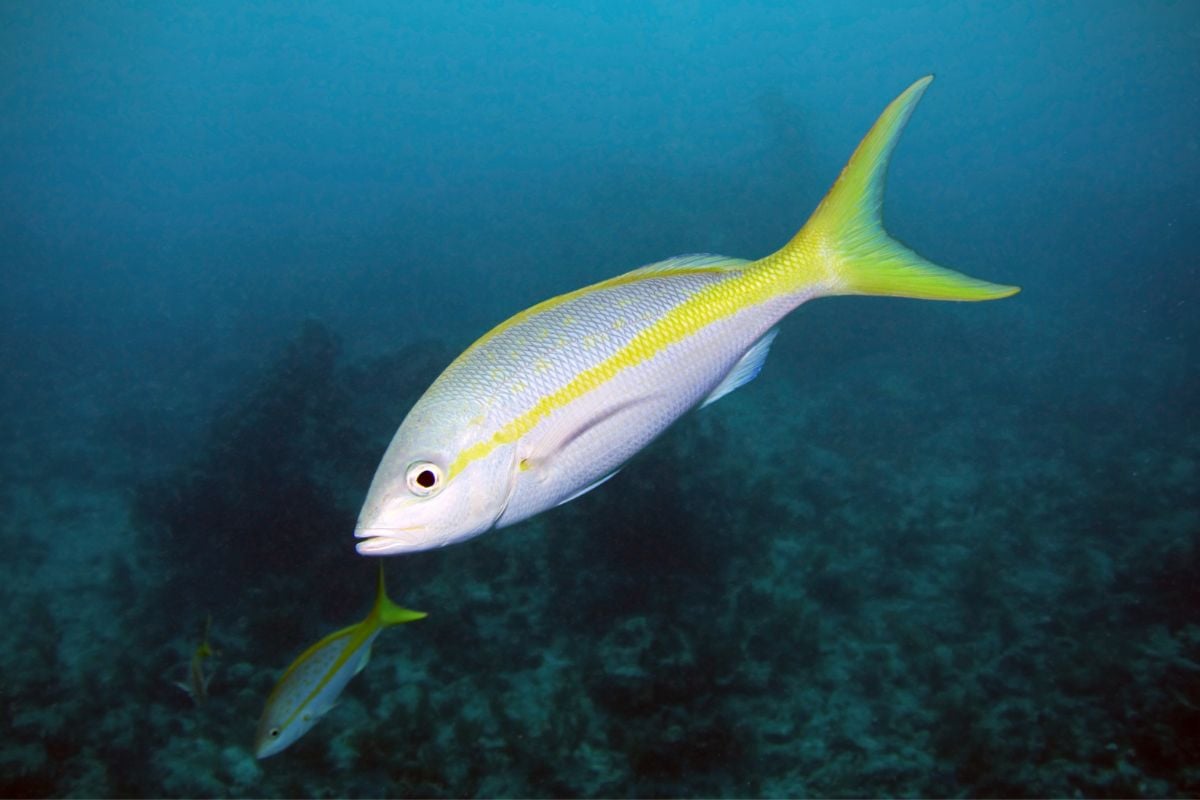 They feed primarily off of prawns and squids in the Southern Ocean. They are similar to salmon because they are hearty fish that is great for cooking and are also carnivore in nature. Their difference, however, is their habitat and their desire to enjoy a variety of water temperatures throughout the year. 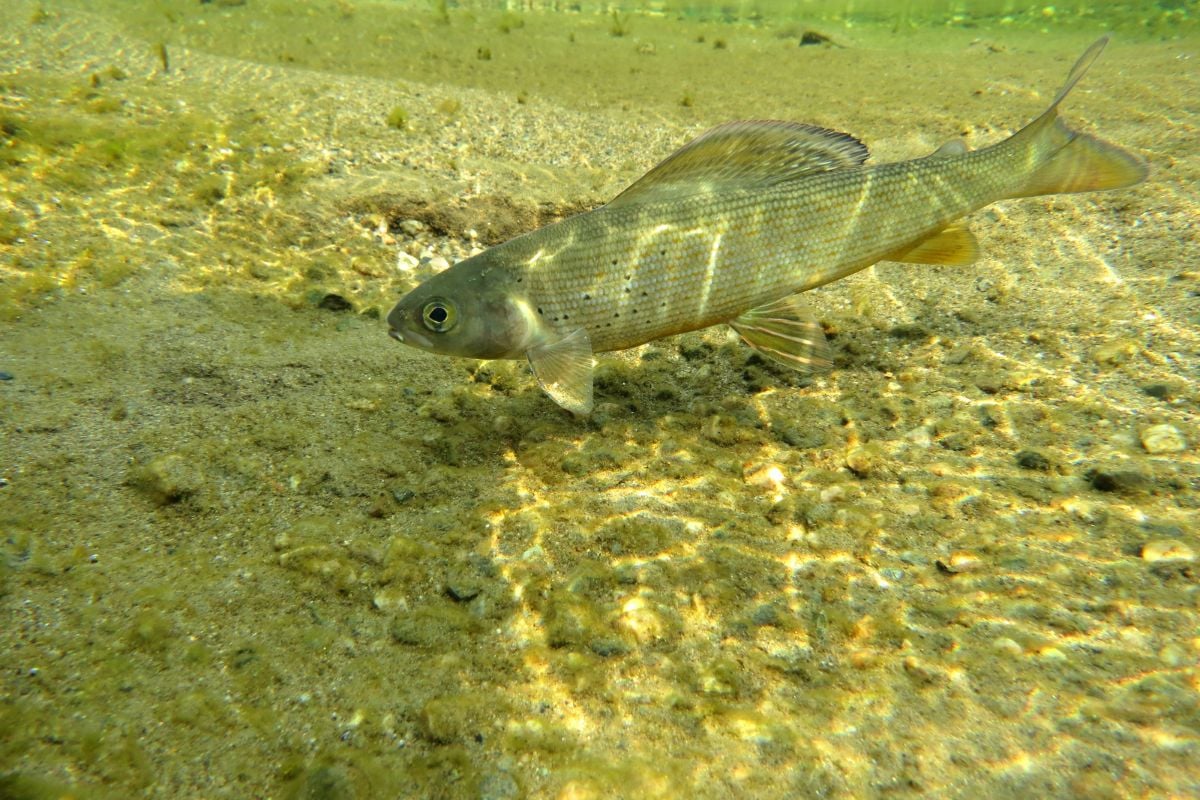 The Grayling is a distant family member in the salmon family, but it is native only to Europe, the Arctic, and Australian waters. Unlike salmon, it is not found in North America. At one time, the Grayling was thought to be headed in the extinct direction, but more recently the numbers have started to rise.

Grayling seek out any larvae, insects, and fish eggs that are found along the bottom of the freshwater areas where they are found. Like Salmon, these fish prefer full bodies of water, especially in colder temperatures. 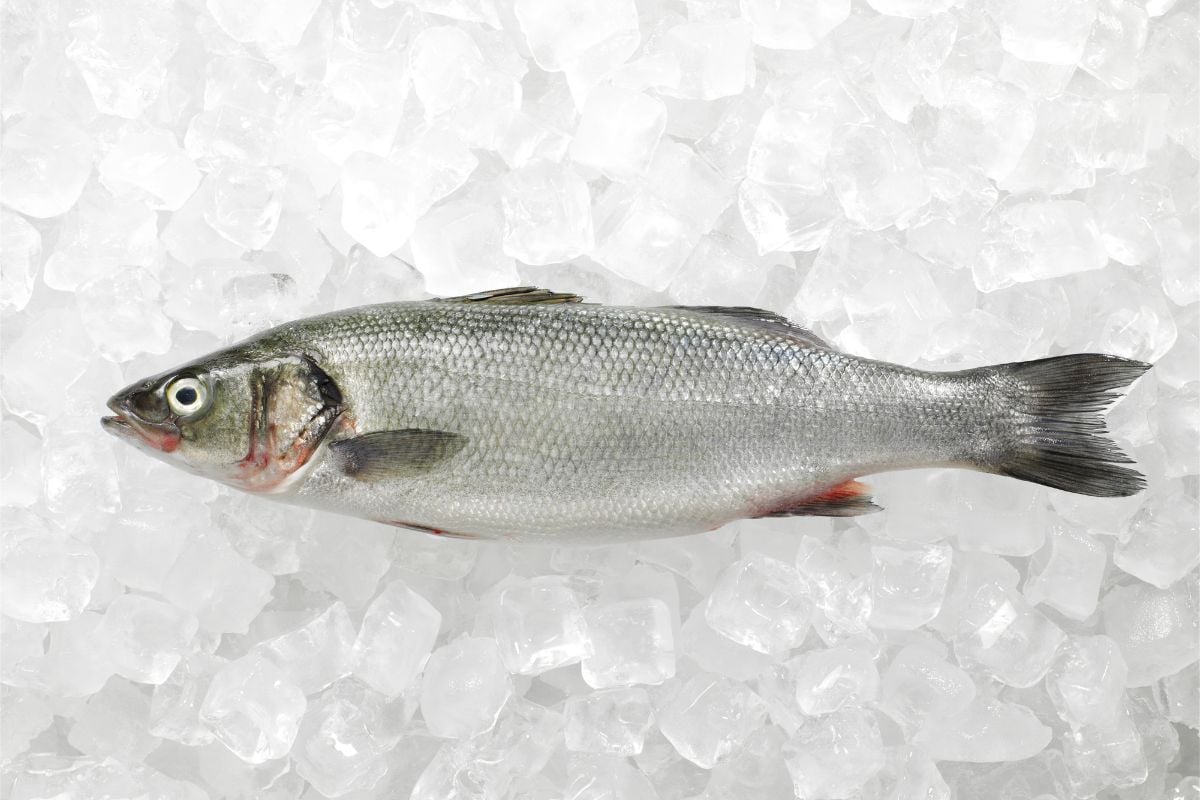 Found in waters up and down the western hemisphere, the Chilean Sea Bass has been confused for salmon. While they enjoy colder waters like salmon, Chilean Sea Bass really put in the miles as they navigate through different water temperatures. Both fish do prefer deeper and fuller bodies of water as a similarity, but their lifespans are completely different.

A salmon’s lifespan maxes out at seven years, but a Chilean Sea Bass can live to be 50 years old. 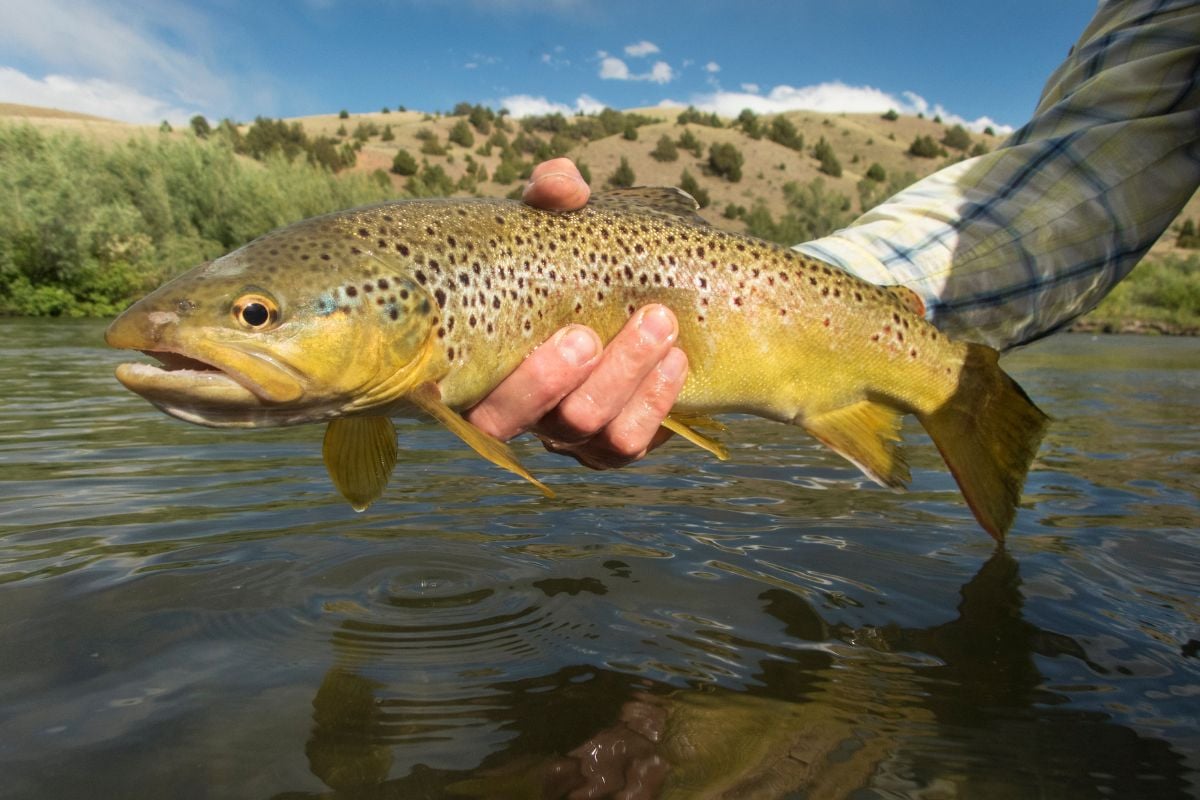 They enjoy invertebrate species in the waters for their meals where the fight is minimal and the food is plenty. 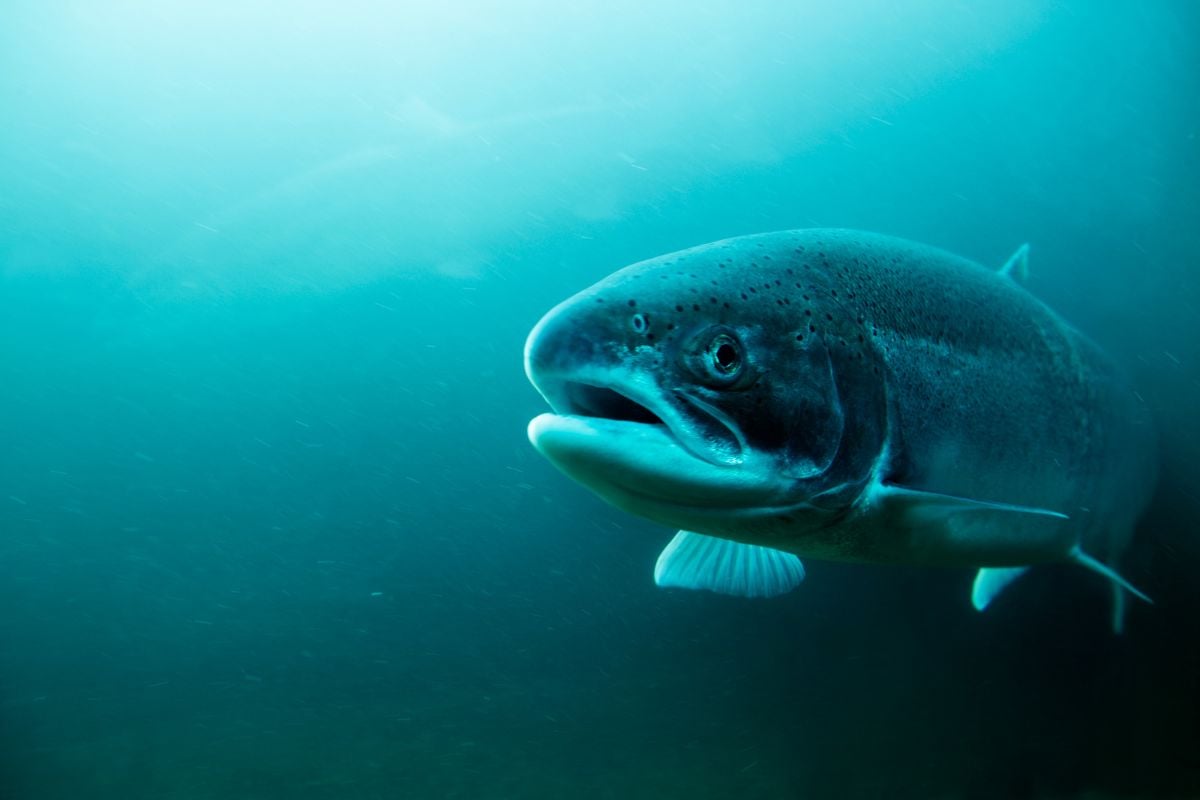 The Steelhead is native to Asian cold waters and some areas in the North American Pacific where they have migrated over time. Like the salmon, they start their spawning process in freshwater just outside of the ocean before migrating back to the saltwater. While it is related to both salmon and Rainbow Trout, this characteristic aligns more with the salmon.

A difference between these two, however, is their aggressive toward smaller fish and demanding a carnivorous diet. The steelhead trout has also recently been used for farming in Asia because it is a growing diet preference across the continent. 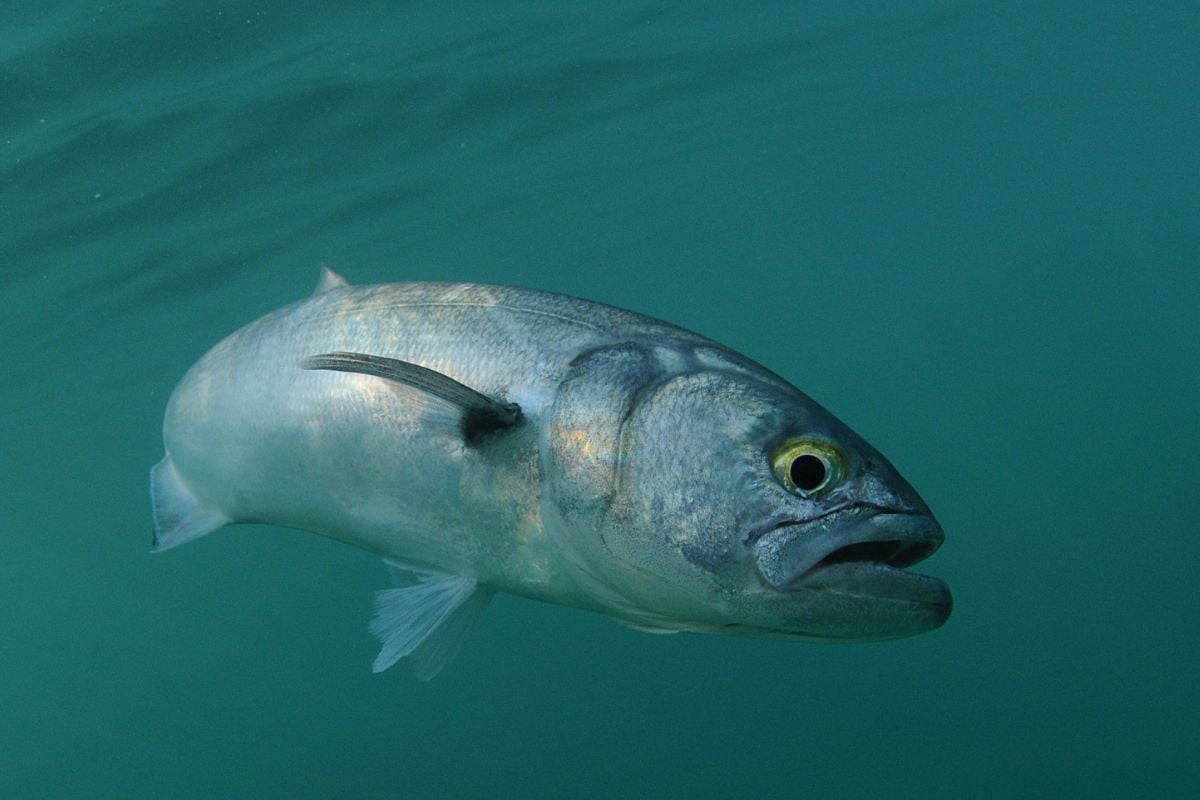 Making its way around the globe is the Bluefish, one that depends on waters that are much warmer. They are visually distinctive with their tail that is very large and forked. They take on a blue appearance.

Unlike Salmon, these fish thrive better in warmer waters, finding them off the coast of warm beaches. They are similar to salmon in their size and length, making a great option for fishing or if you want to substitute salmon. 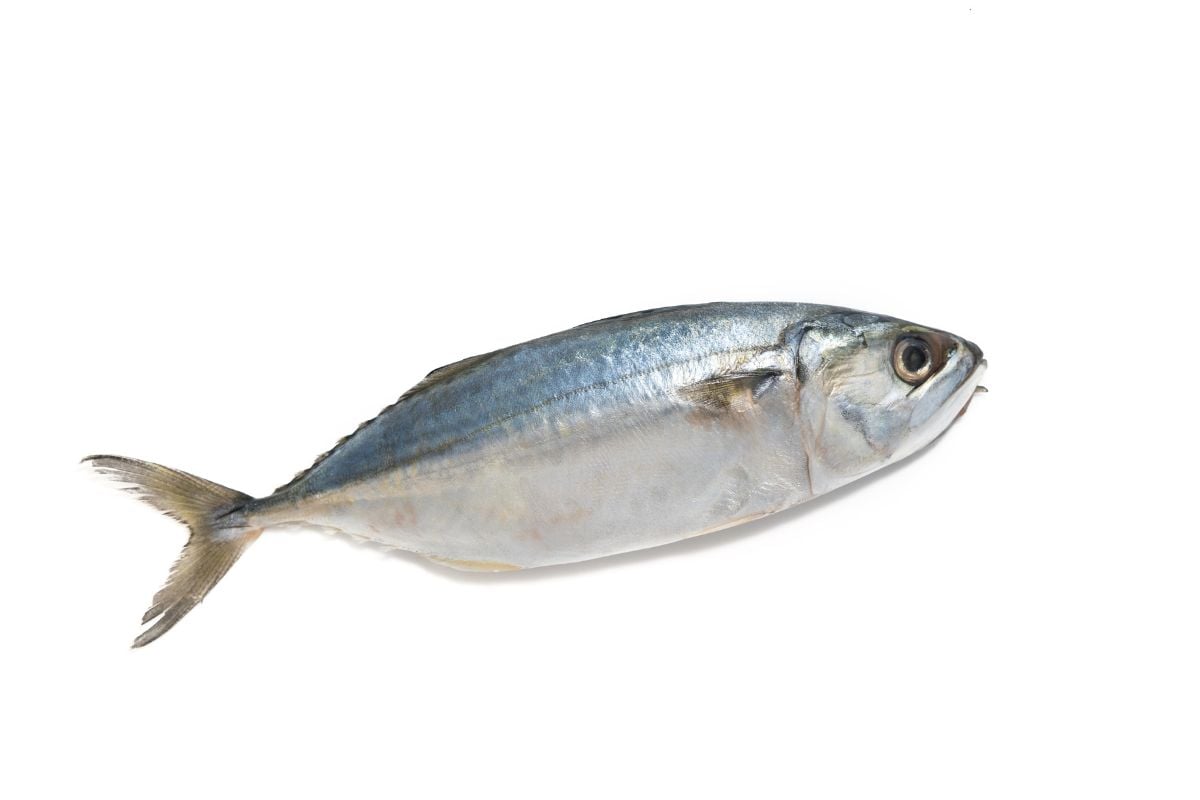 Another warm water fish is Mackerel, which is similar to salmon. This fish is found in subtropics, mainly in the Atlantic Ocean. This is a similarity that Mackerel shares with salmon, as well as being a very popular fish to consume.

Mackerel is another carnivore fish that mimics a salmon diet of krill, sardines, shrimp, and other sea life that is smaller. The biggest difference between these two fish, however, is their preference for water temperature. 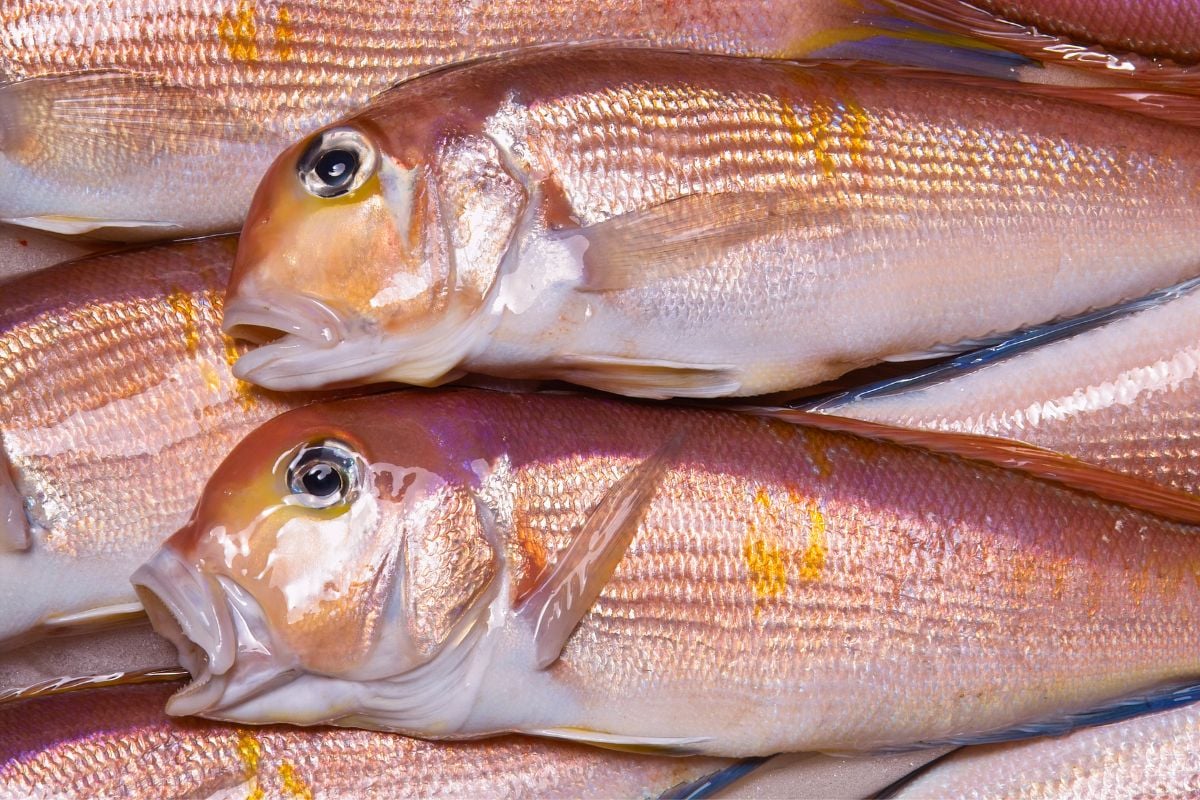 Located in the Atlantic Ocean and the Gulf of Mexico, Tilefish is a pretty popular fish. It enjoys living in the comforts of the coral reef, where it is camouflaged form predators and have an endless supply of food. They also eat crustaceans who are in the coral reef, mimicking the diet of salmon.

Like the Mackerel, the Tilefish also prefers the warmer waters in the Northern Hemisphere. 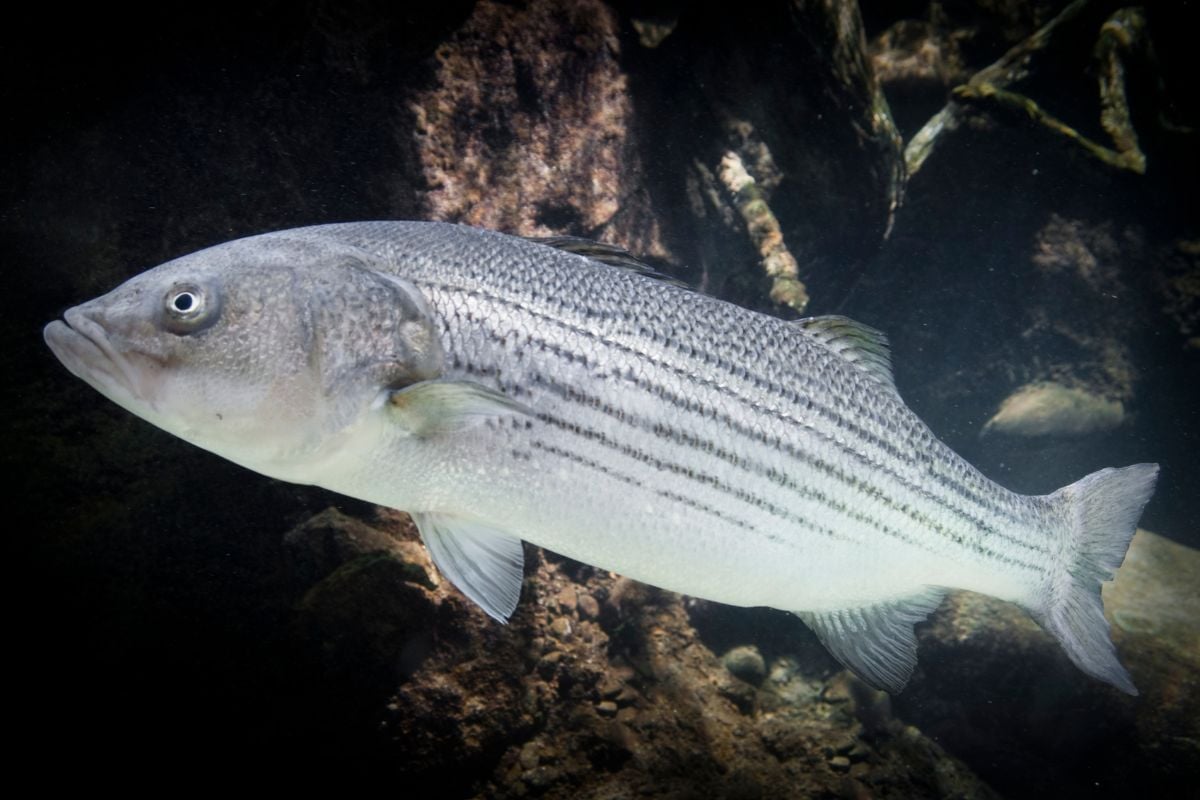 One of the most common fish found in North America is the Striped Bass. This bass does eat other small fish in their diet, and this particular bass is a blend of several bass types that were bred purposefully and then released into specific bodies of water. Like salmon, the striped bass does it spawning in freshwater and then slowly migrates back out to the ocean if able. 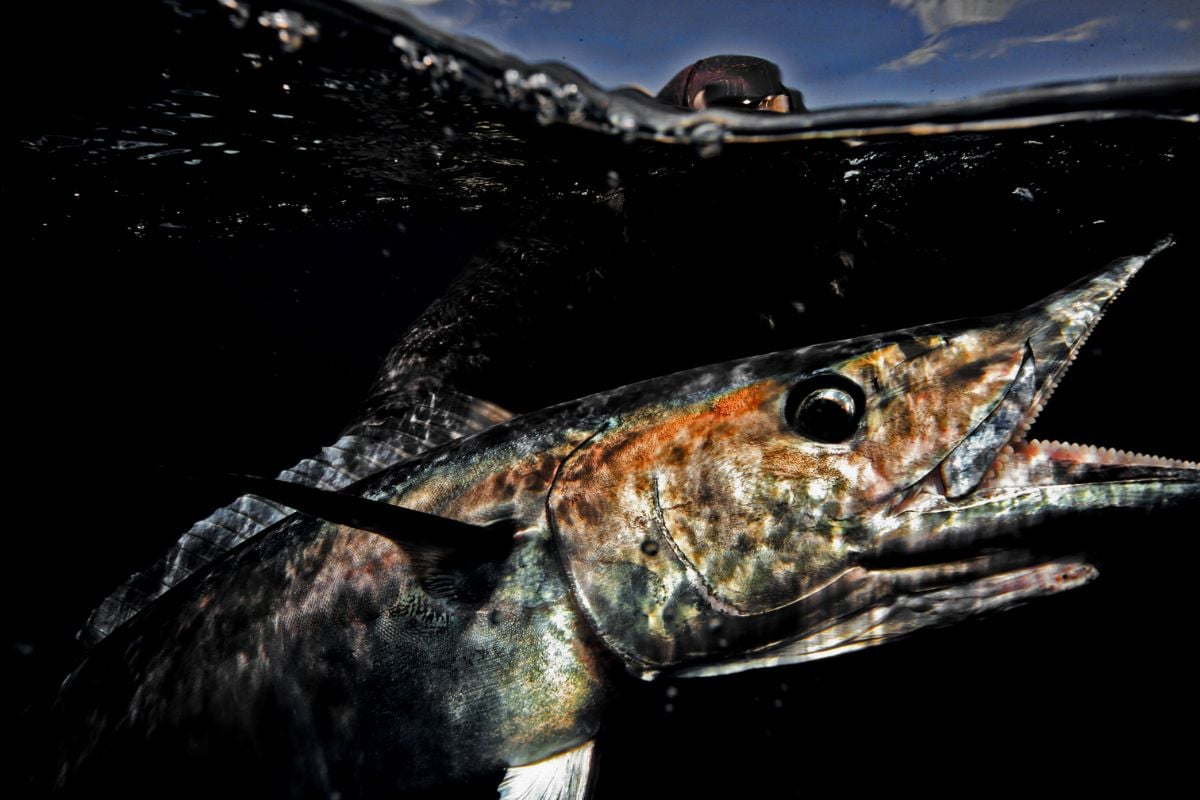 There is another hearty fish lurking in the warm waters of the Atlantic, Indian, and Pacific Oceans. The Wahoo looks very different from the salmon because it is a long and slender fish and they travel in pairs or threes across the ocean. The wahoo fish prefers squid in their diet, but like the salmon will adjust to larvae, small fish, and crustaceans when necessary.

The wahoo flesh when fileted is white, which is another difference from the salmon. 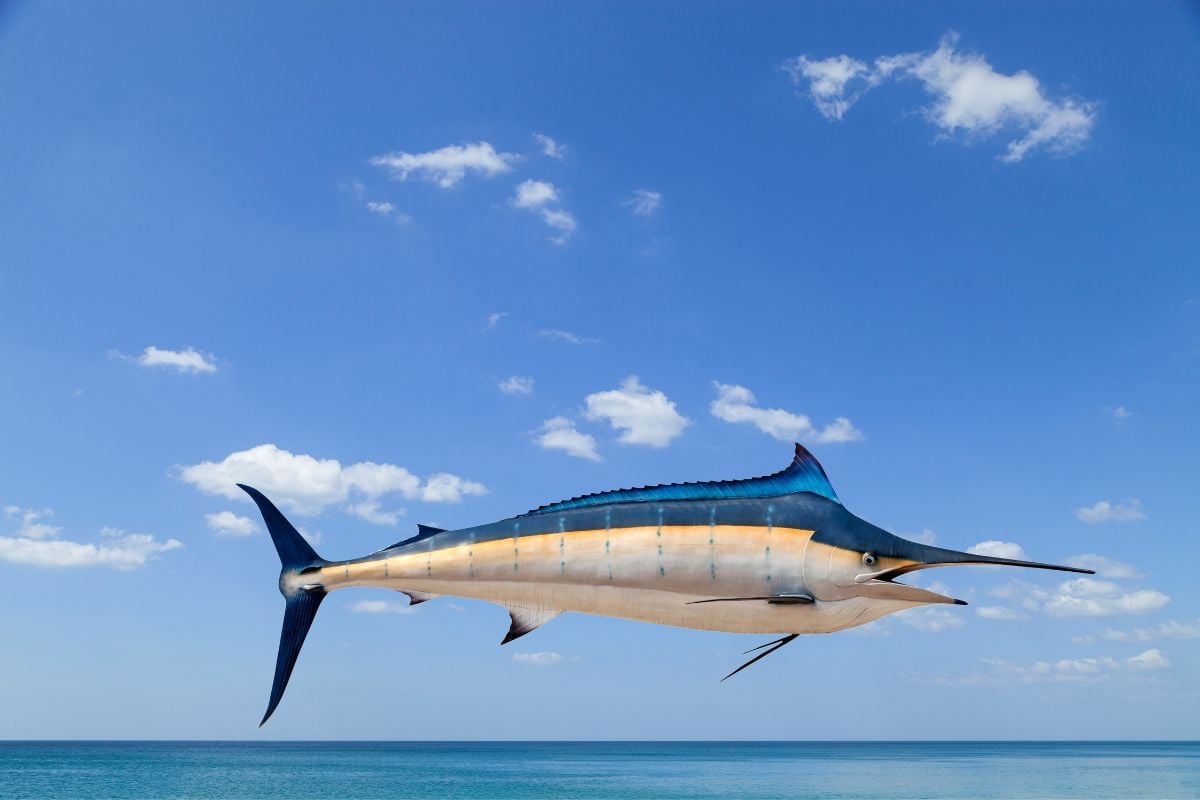 The infamous swordfish is another that shares some characteristics with the salmon, despite some big differences. Known for its large bill resembling a sword, the swordfish uses this bill to attack larger fish than similar fish like salmon. The swordfish can take on an average size fish and enjoy a heartier meal.

Like the salmon, the swordfish has been utilized for breeding and farming fish for filets. It is a popular fish dish like salmon, so they do share a demand in the industry. 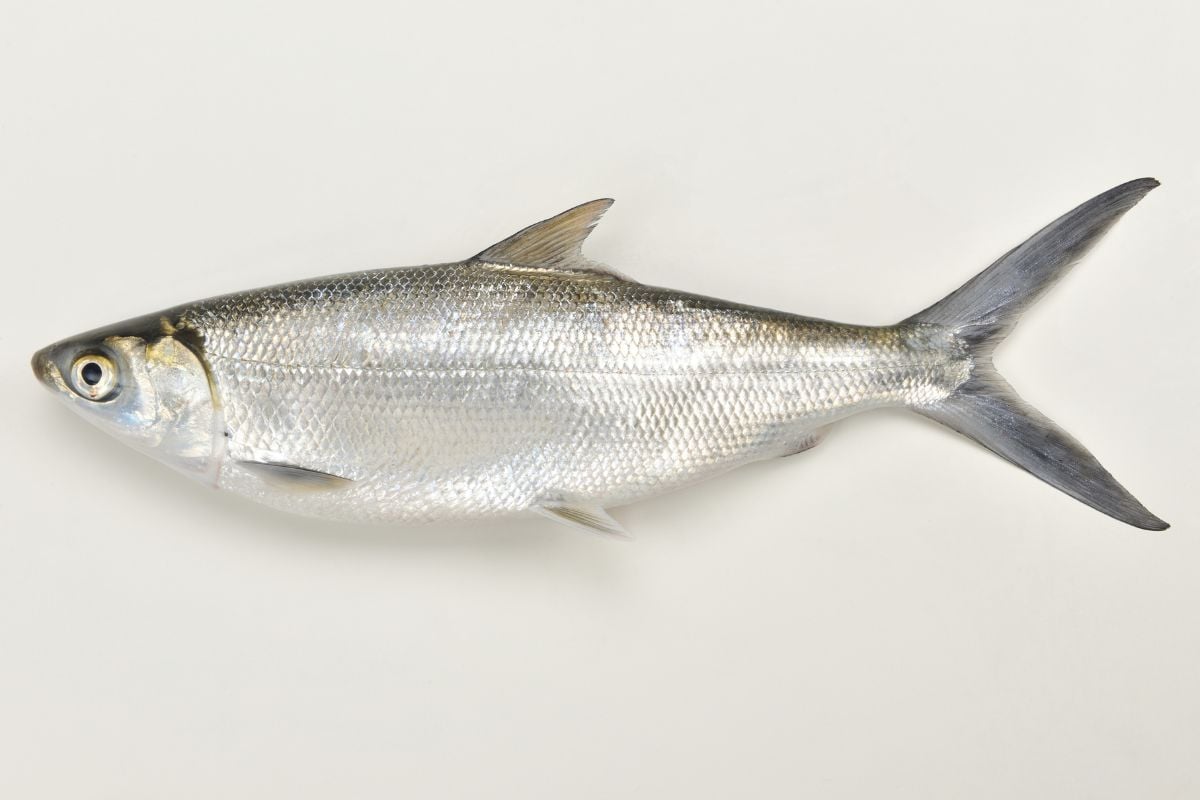 Living up to 15 years, the Milkfish is an Asian saltwater fish that is found in many dishes. It does have a more diverse diet, adding algae and small organisms that will not be difficult. Like the salmon, the milkfish is not going to participate in excessive competition or conflict with their diet.

Both the salmon and the milkfish are leading fish in their respective countries, so they are farmed regularly for human consumption, and both are full of the Omega-3 fatty acids. The big difference between these two fish is the size, with the milkfish growing several feet long, doubling the size of large salmon. 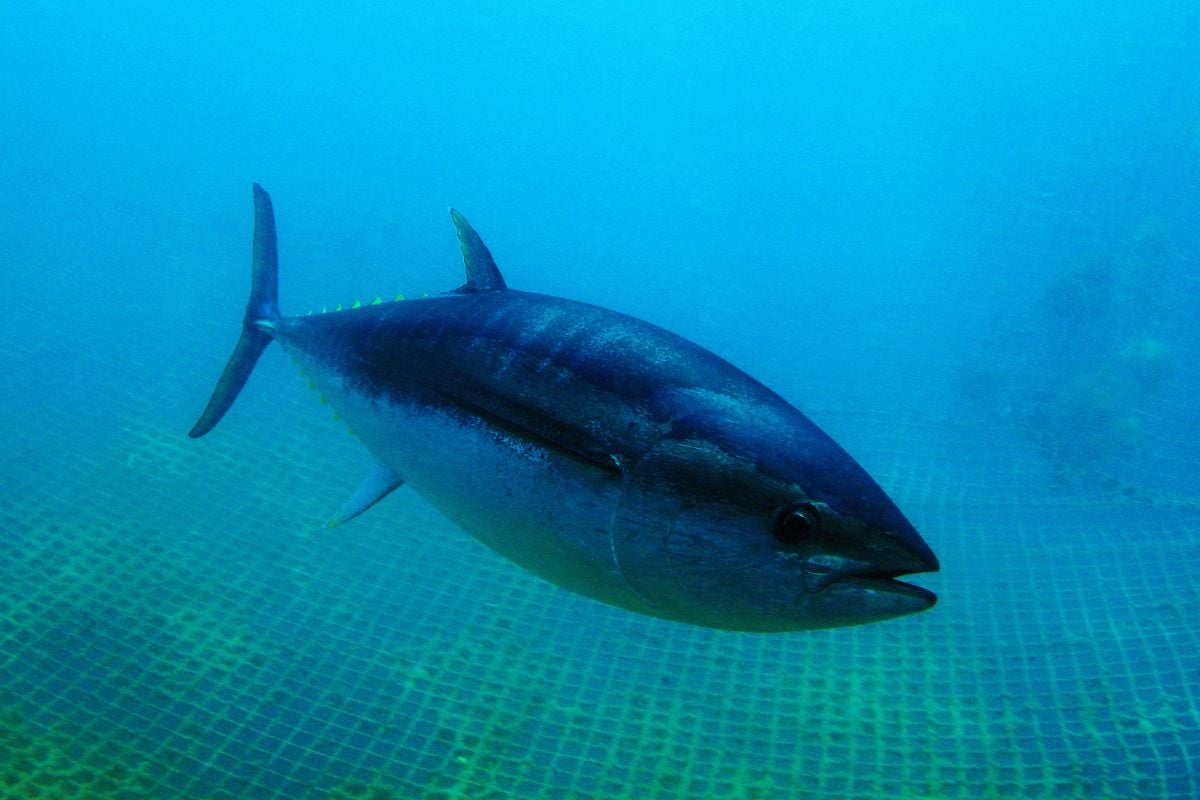 One of the largest fish in the ocean is tuna fish. Similarly to salmon, the tuna fish is very popular and offers a variety of Omega-3 fatty acids when salmon is not an option. The tuna diet consists of average size fish like mackerel and bluefish, as well as other small fish lurking in the water.

The size of the tuna is the biggest difference between the two fish, as one tuna fish is the equivalent to multiple salmon.

It is no secret that Salmon is a predator of small fish. What are natural predators for the salmon in the ocean?

Basically, the law in the ocean is that anything bigger than you can be considered a predator. Much larger fish and sharks that are found in the native waters with salmon will seek them out as a meal. These fish including tuna fish, swordfish, and striped bass that is at their mature weight of 40 pounds.

How old can salmon grow to be?

Most of the salmon that are out in the wild usually meet their life expectancy within seven years. There have been times, however, when they have pushed their age into the double-digits. It isn’t anything like the bass that are living to be 40 or 50 years old.

Of the seven types of salmon, which type is the biggest?

The Chinook salmon is considered to be the largest. This salmon is often monitored and some have been recorded as reaching 58 inches long. These same salmon were also over 120 pounds.

If certain breeds are farmed regularly, however, they all have the potential to grow to at least 100 pounds, except for maybe the pink salmon which is small naturally. Keep in mind that the salmon found in local groceries and identified in the Alaskan waters is not the only type of salmon out there. Many of these fish listed enjoyed something similar to salmon, like the love of cold water, or they had a difference, especially in size.

The most important thing is that while these fish may not be in the same place all the time, they do share a lot of similar ground when it comes to diet and the type of water preferred.