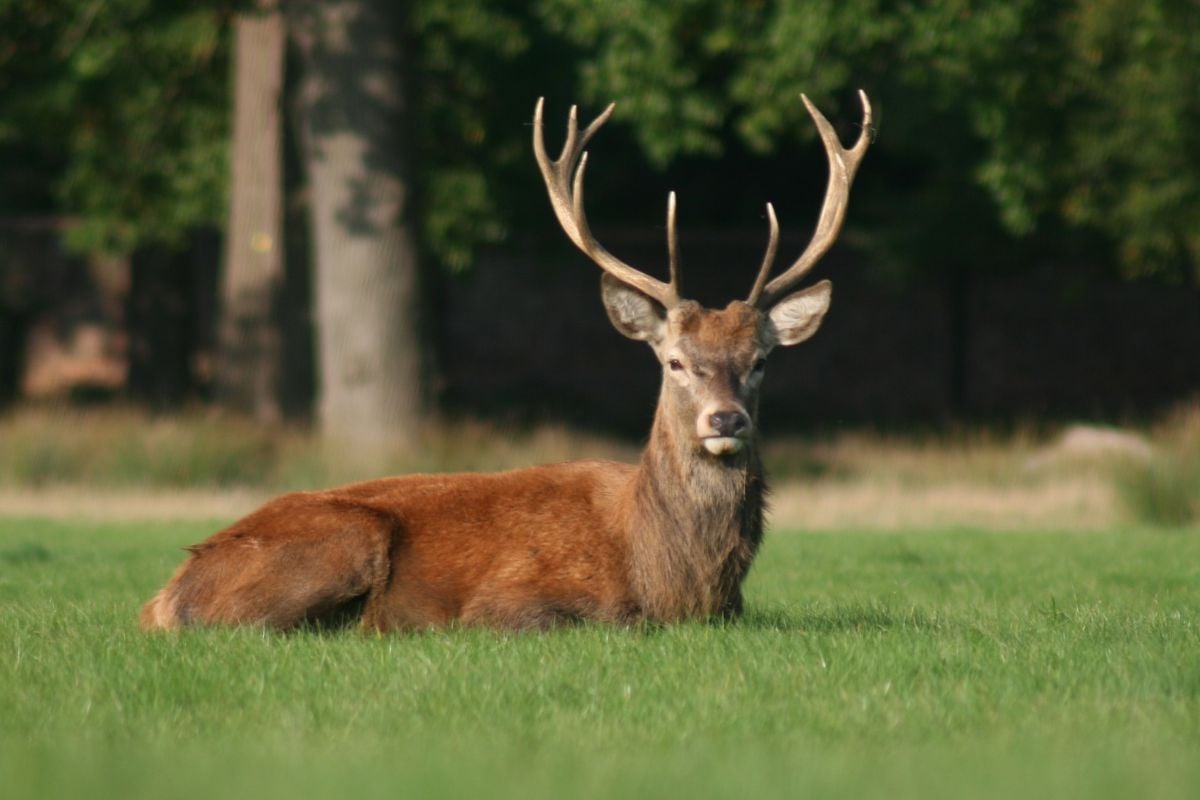 Deer are members of the Cervidae family. They are hoofed (a.k.a. ungulate) mammals categorized into two main groups Cervinae and the Capreolinae. Most deer live 2 to 3 years, although some may live to 20 in the wild.

The largest deer-like mammal, the Moose, can stand over 8 feet tall, with a weight exceeding 1,600 lbs. The smallest deer, the Northern Pudu, can grow to 14 inches and weigh about a dozen pounds. Typical deer have powerful legs that are long, with a small tail and long ears.

However, physical characteristics vary significantly. Deer are indigenous to every continent but Australia and Antarctica, and they have extraordinary night vision. A healthy deer eats all sorts of grass, nuts, vegetation, and acorns.

They are hardy eaters with an appetite that can eat up to 8 percent of their body weight! That twelve pounds of forage for a deer that weighs 150 pounds. 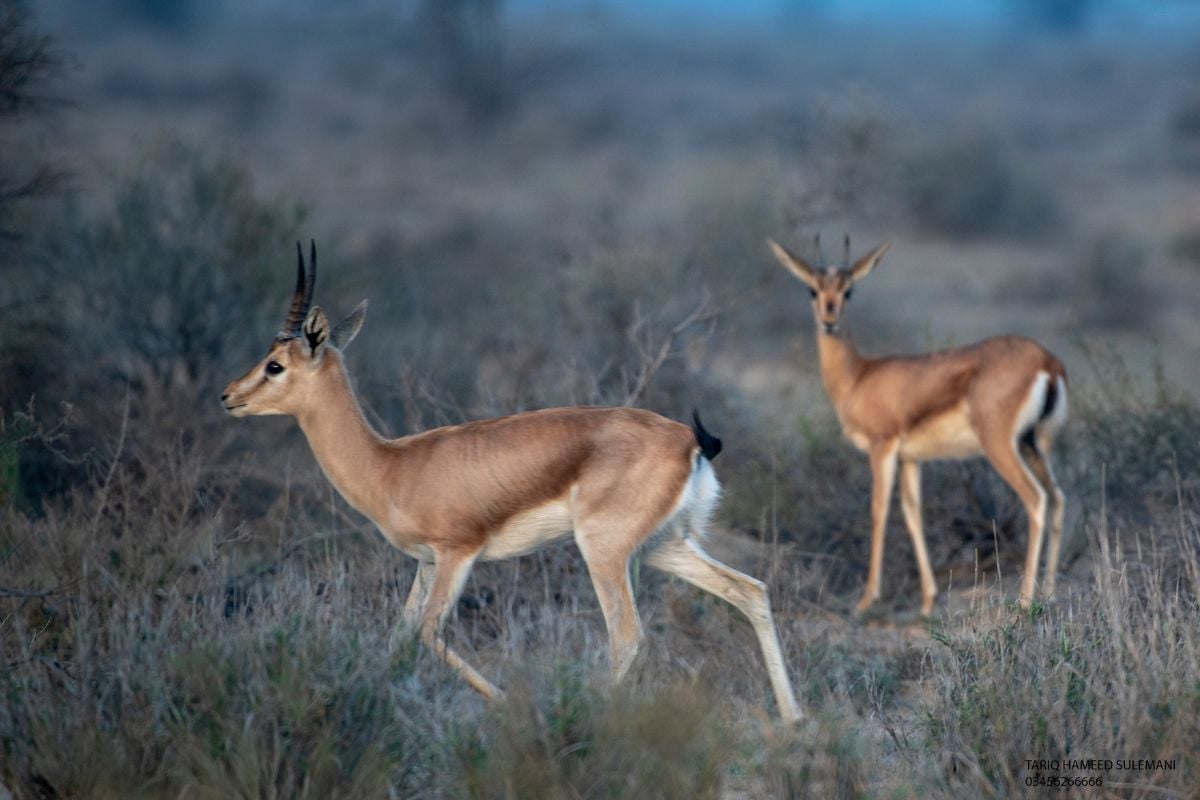 The Chinkara (a.k.a., the Indian Gazelle) is native to the countries of India, Afghanistan, and Iran, among others. The Chinkara, with a life expectancy of 12 years, is among the smaller deer-like creatures, standing only about 3 feet tall and with a weight of 50 pounds. These shy mammals tend to avoid humans and do well in desert locations as they need little water for long periods.

Often, morning dew drops are enough for the Chinkara. 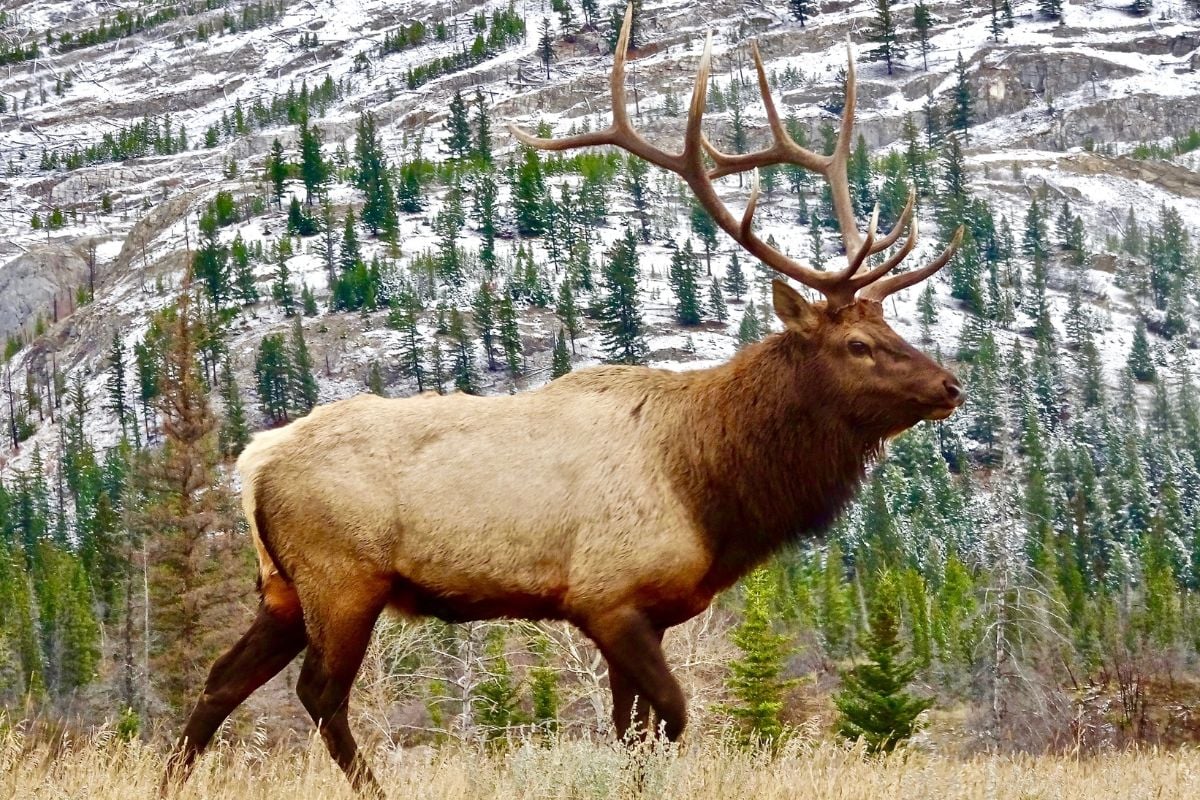 The Elk is a large mammal found in North America and Central Asia’s high mountains. The average elk weighs about 850 pounds, but the body mass of Elk can be quite diverse depending on its location. The Elk lives for a dozen years in the wild.

They are social animals who stay in groups of about 400 for protection and are matriarchal in nature. They are highly adapted to cold winters that last many months. Mountainous Elk seeks lower ground in winters. 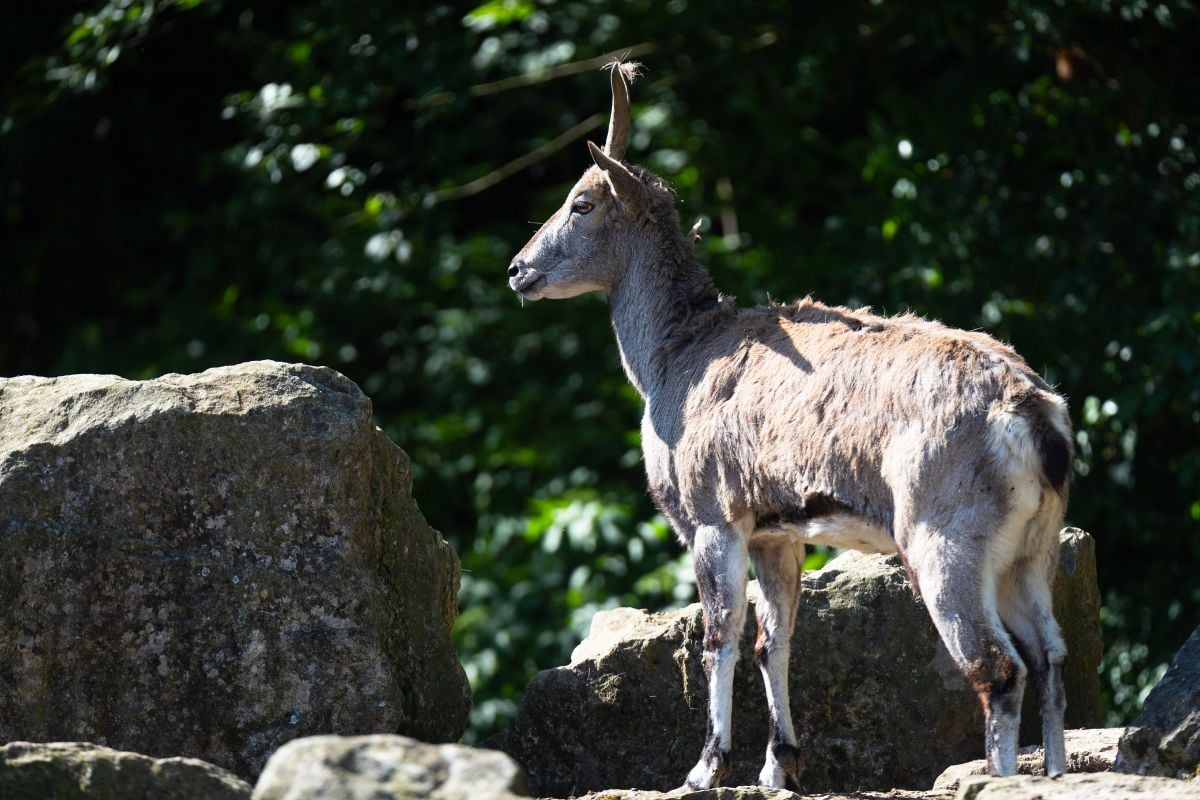 The Bharal is native to the mountainous regions of the Himalayas, India, China, Myanmar, and Bhutan, among others. The Bharal looks more like a sheep and behaves like a goat. They stand about 3 feet tall at shoulder height, with a body weight that may vary from 70 to 165 pounds.

Their coats offer camouflage protection while they rest or graze during the day. Many monasteries of the Buddhist tradition protect Bharal, who may live more than 20 years in the wild. 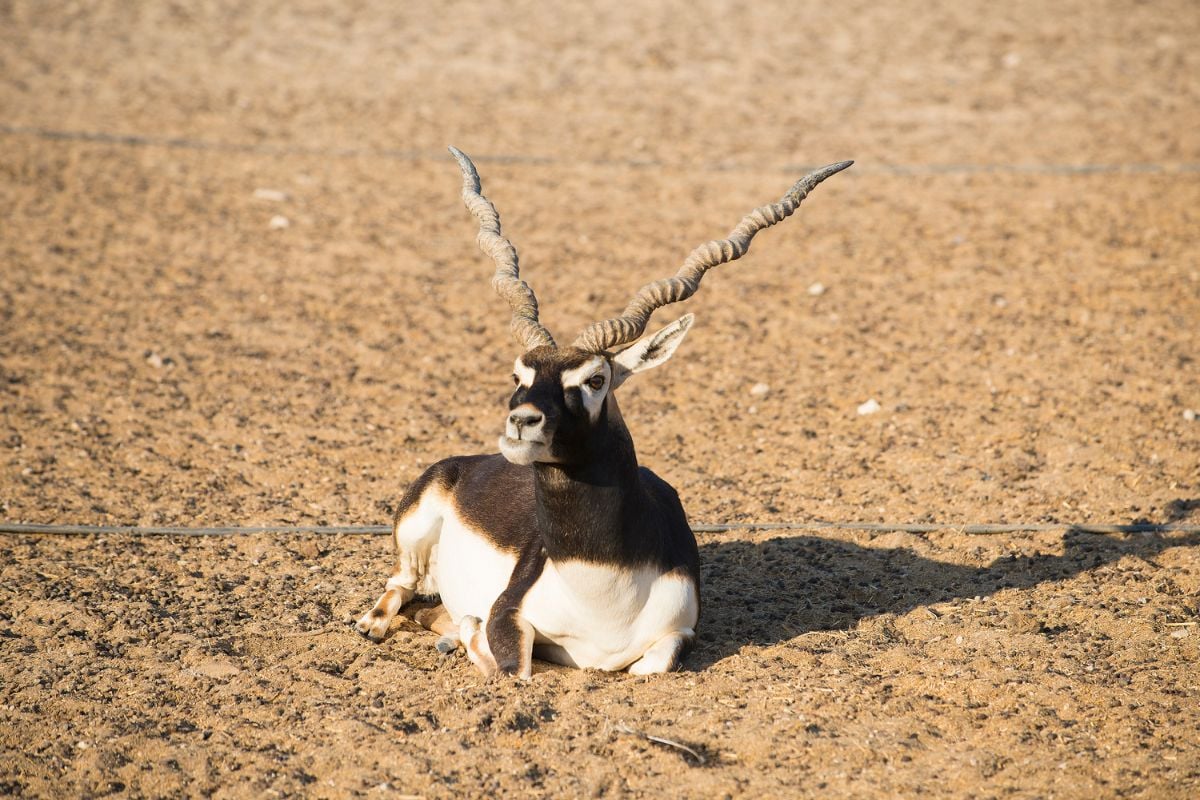 The Blackbuck, an herbivore, is found in dry woodland and grassy plain areas in eastern Pakistan and Nepal but is native to India. Its shoulder height is about 3 feet, weighs up to 125 pounds, and runs at 50 MPH. This mammal can live 16 years and is characterized by ringed, long horns.

The Blackbuck, also known as the Indian Antelope, is known to travel a long distance for water. They graze on grasses and even certain types of trees. 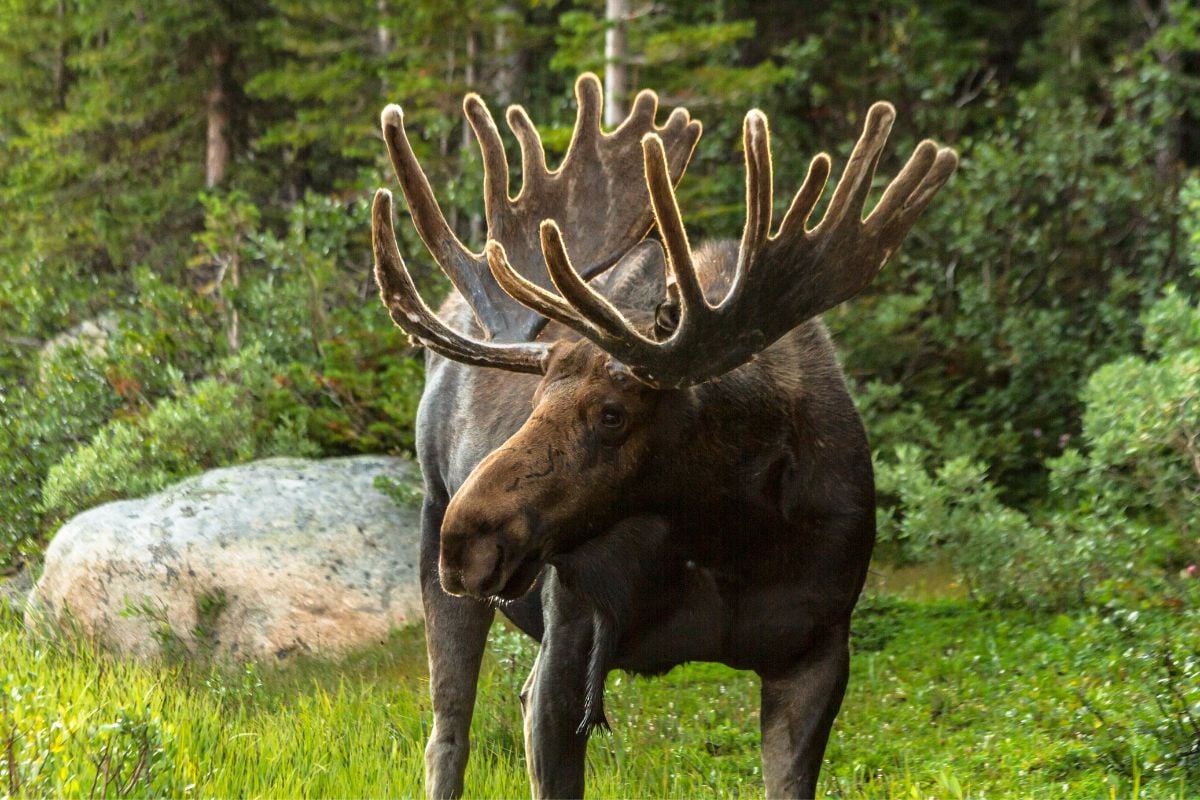 The Moose is the largest of the deer family, with large open-faced antlers. They reach speeds up to 25 MPH on land and are good swimmers despite their weight, which often exceeds 1,500 pounds. Moose are found throughout Northern America, Russia, and northern Europe.

They live in a variety of settings like forests, wetlands, swamps, mountains, and lowlands. Moose tend to be solitary mammals and, as herbivores, feast on twigs of birch or aspen, plus a variety of grasses and weeds on land and in and under the water. Their life expectancy is 15 to 24 years. 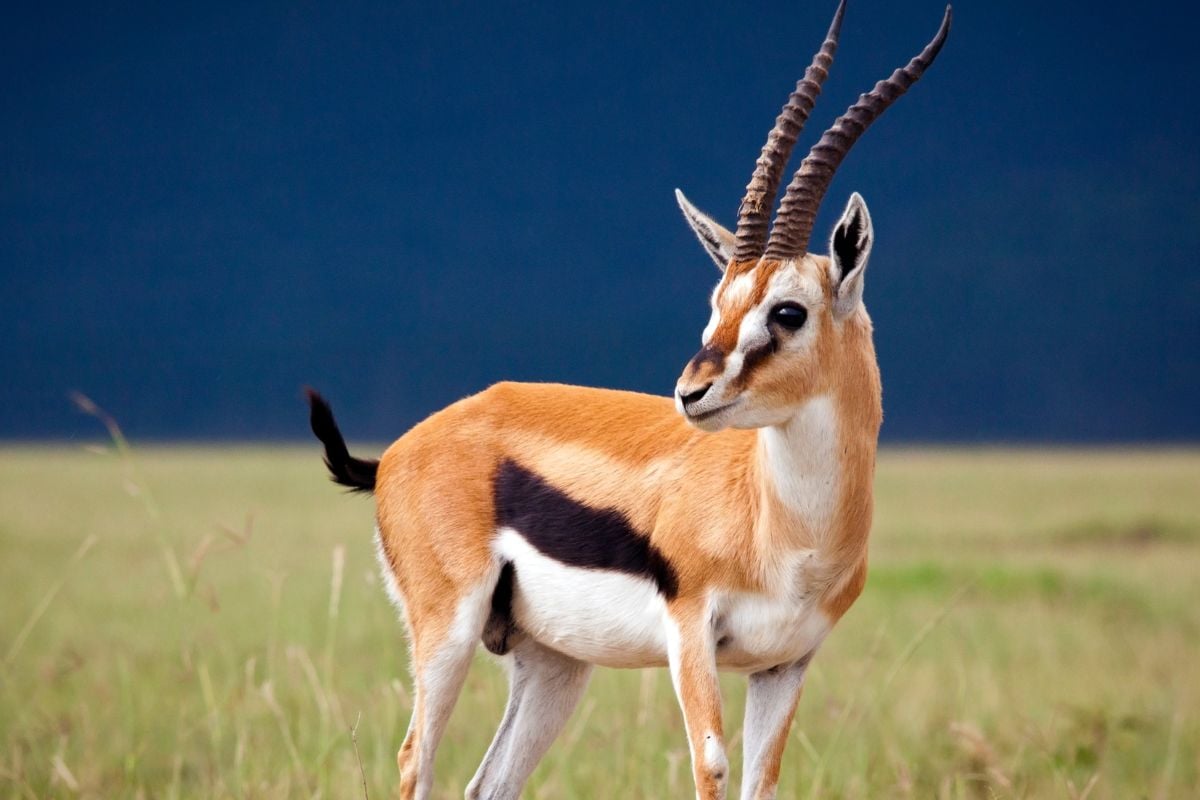 The Gazelle resemble deer but are a part of the goat family. They are social, graceful, and agile antelopes and mammals inhabiting the dry and hot deserts of Asia and Africa. With 19 species, the gazelle’s size can vary, but some can reach speeds of 40 MPH to escape predators.

The smallest is the Speke, which may only grow 2 to 4 feet and weigh 80 and 160 pounds. Large varieties may grow as high as 5.5 feet and live more than 10 years. Gazelles are herbivores, eating plant shoots, leaves, and grass, for example. 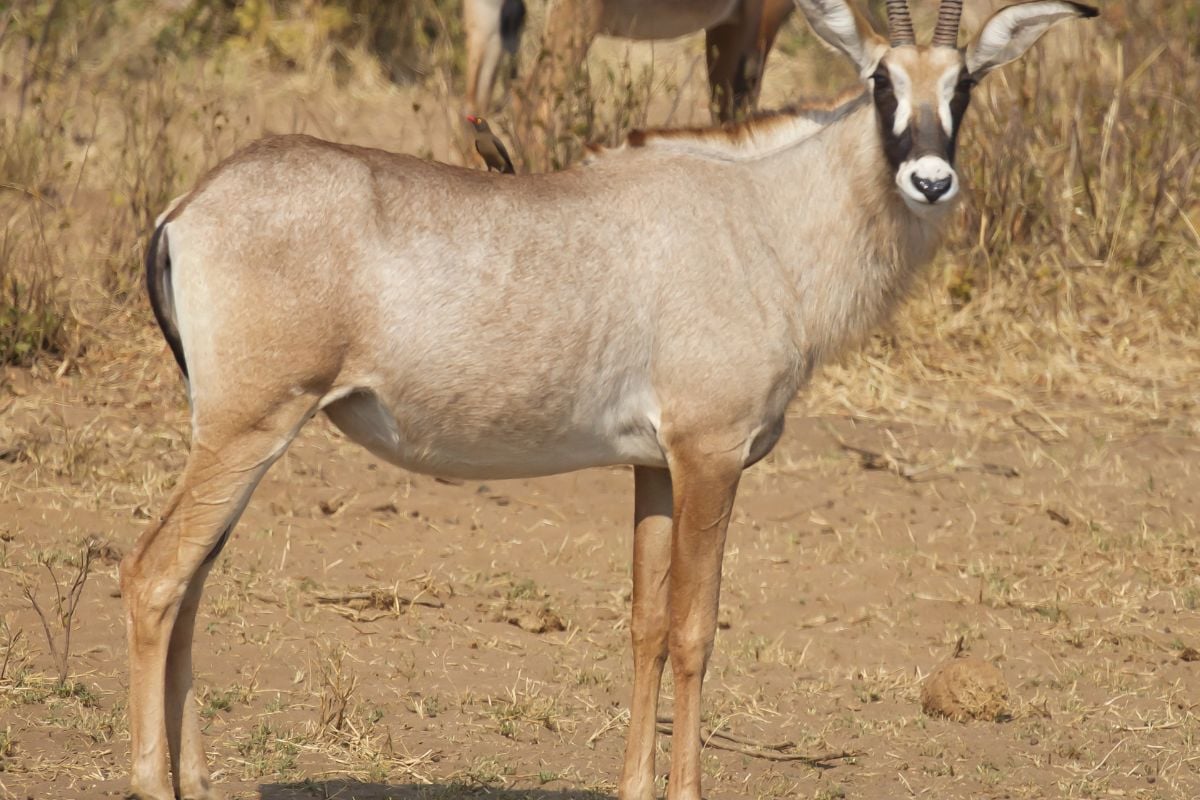 Among the largest of African antelopes, this social mammal has long horns that tend to bend backward and pointed ears with tufts at the ends. Females tend to have smaller horns. They can live to 17 years old and tend to travel in herds, mostly in central Africa.

They emit three unusual sounds, depending on the situation.  The Roan Antelope’s shoulder height can exceed 4.5 feet, and its weight can be near 600 pounds. They feast on leaves, desert succulents, and grasses, mostly in tall grasslands or wooded savannas. 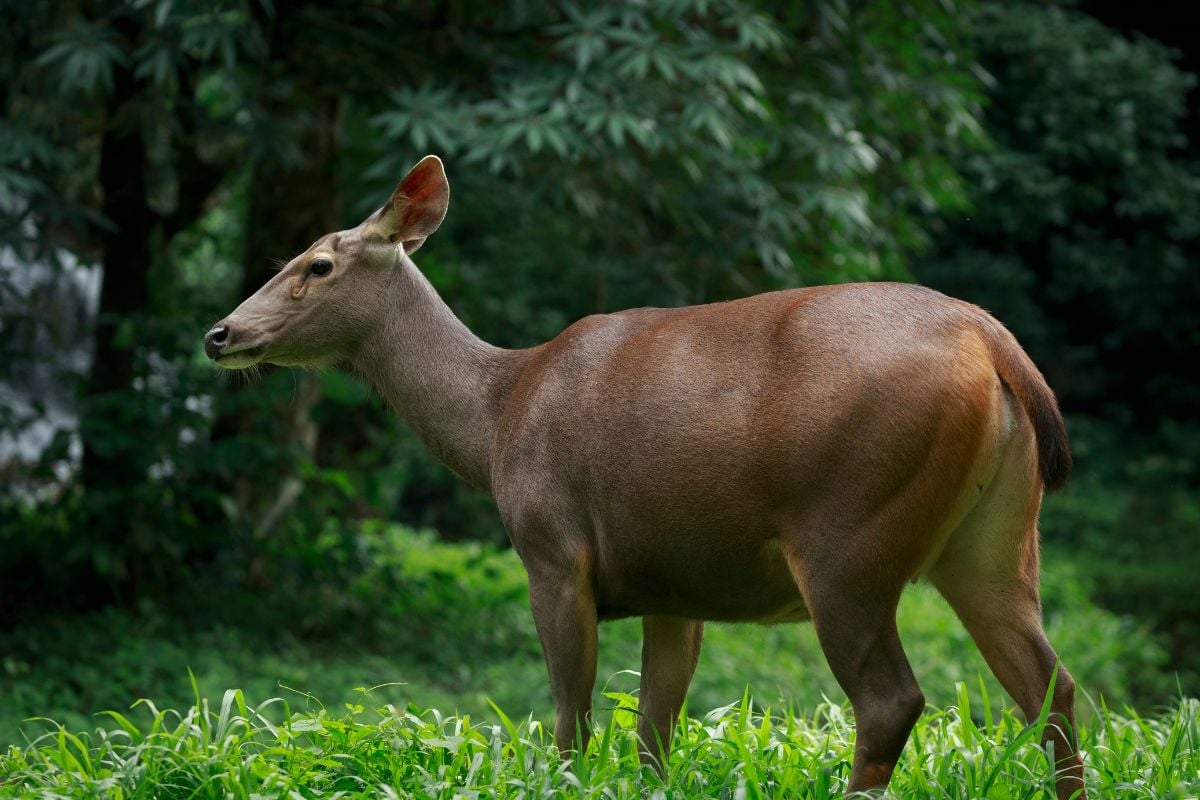 The Sambar is found across North America, Asia, and Australia. The Sambar Deer are among Asia’s largest deer species and can live more than 2 dozen years in captivity or half that in the wild. These mammals are herbivores, with their favorite diet consisting of berries, bark, buds, herbs, leaves, and grasses.

They tend to be about 5 feet high (with a tail that can exceed a foot in length) and a body length of 8 feet. Some Sambar Deer can grow larger than 1,000 pounds. It is believed that this deer can run in short bursts of 30 MPH. 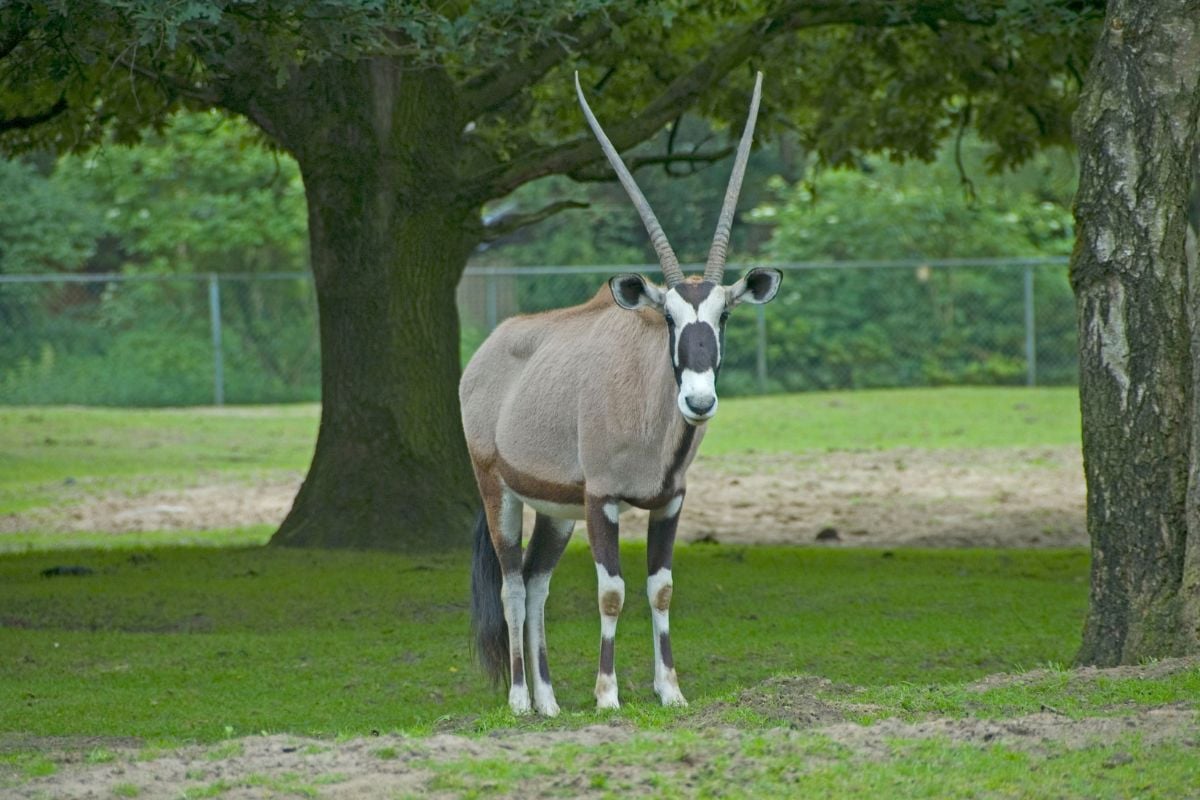 The Gemsbok, which is also known as the Oryx gazella, is native to the Kalahari Desert but can also be found on hot, arid scrublands and grasslands in the southern part of the African continent. The Gemsbok holds the distinction of being Namibia’s Coat of Arms, standing about 4.5 feet, with males weighing more than 475 pounds. The Gemsbok, which can live 20 years, is a mammal that moves and stand like a horse, and they even have a long black tail.

Both males and females have sharp horns that are pointed, with some growing as long as three feet. 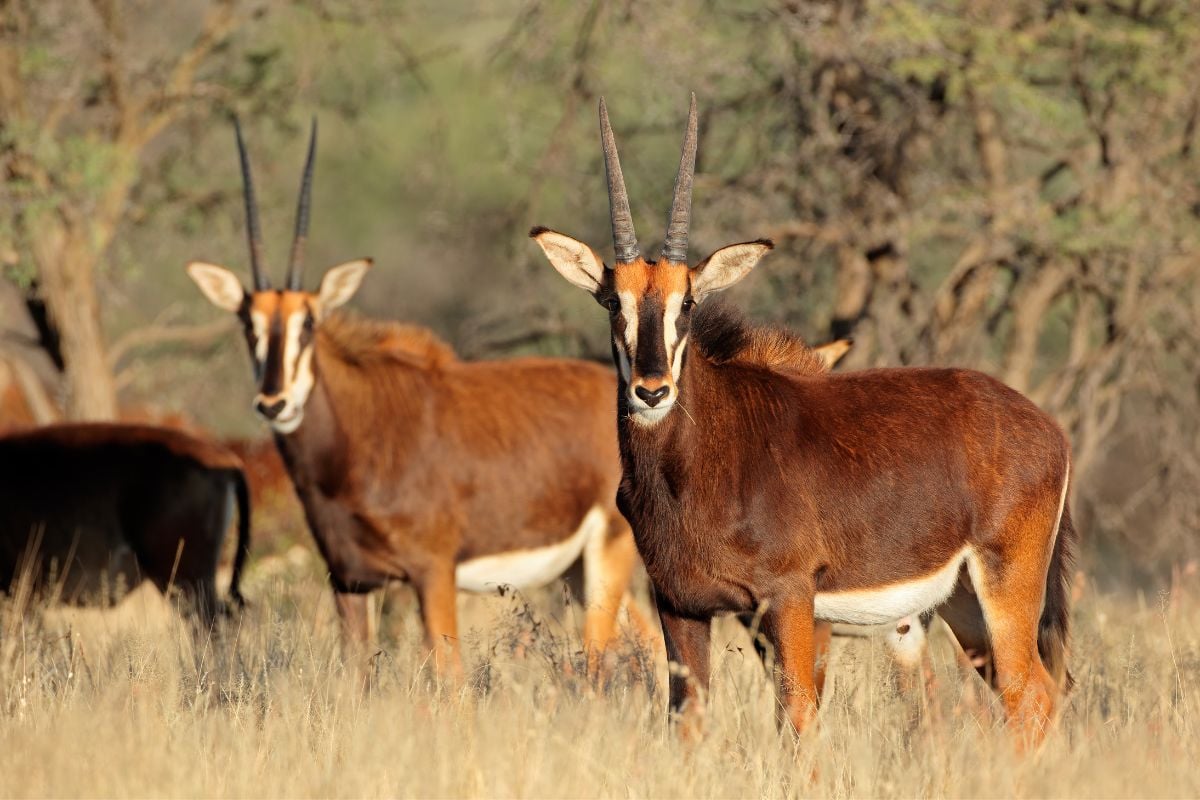 As the national icon of Angola, the Giant Sable is held in high esteem by the citizens of Angola as African mythology believe they are symbolic of velocity and visual acuity. This large mammal, which is honored on the country’s banknotes and stamps, is muscular and is characterized by scimitar-shaped horns, which can remarkably reach upwards of 60 inches. Like deer, the Giant Sable forages on grasses, although there is a bit selective in what they prefer – mostly tree leaves.

Their habitats tend to be in forests that are near water. 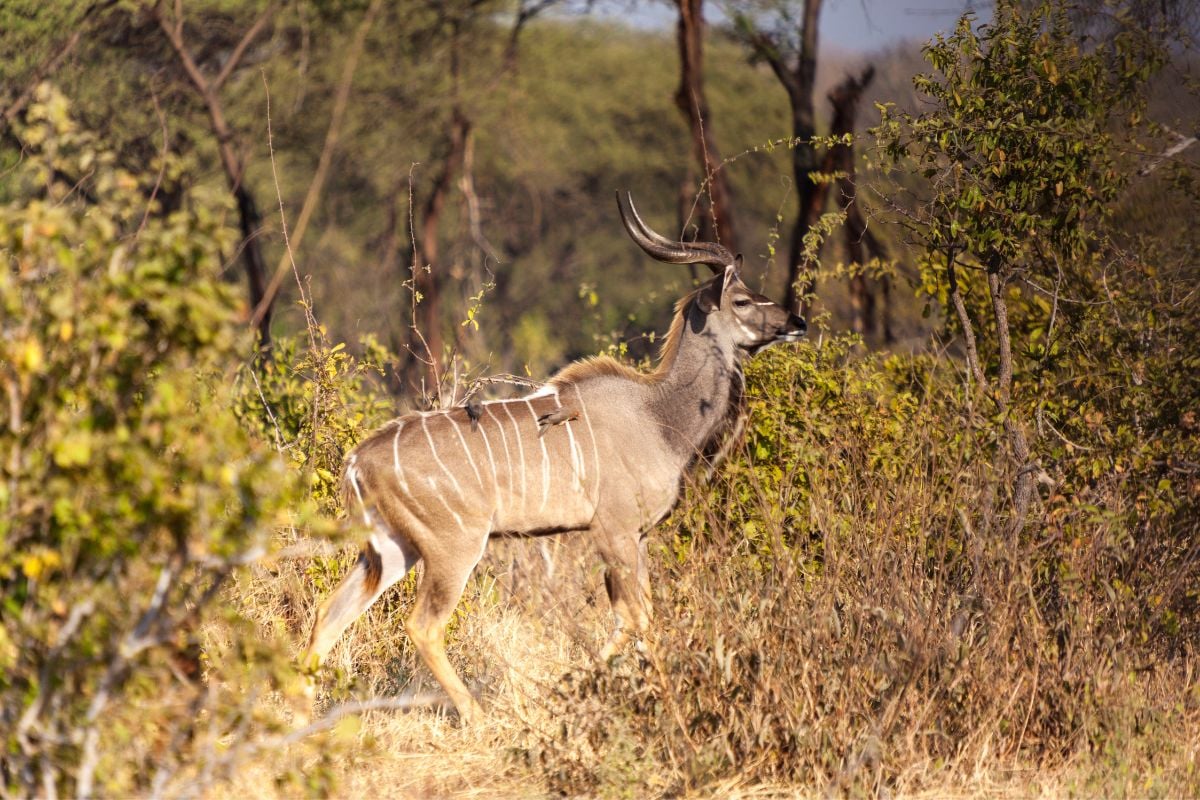 The Great Kudu, with two sub-classifications, is a deer-like mammal that averages 4 – 5 feet, although a male can weigh as much as 780 pounds, while females average between 400 and 500 pounds. The Great Kudu has a lifespan of about 16 years and is native to the southern and eastern sections of Africa. The Great Kudu’s habitat includes mixed woodlands and scrubs on hills that reach as high as 7,800 in the mountains. 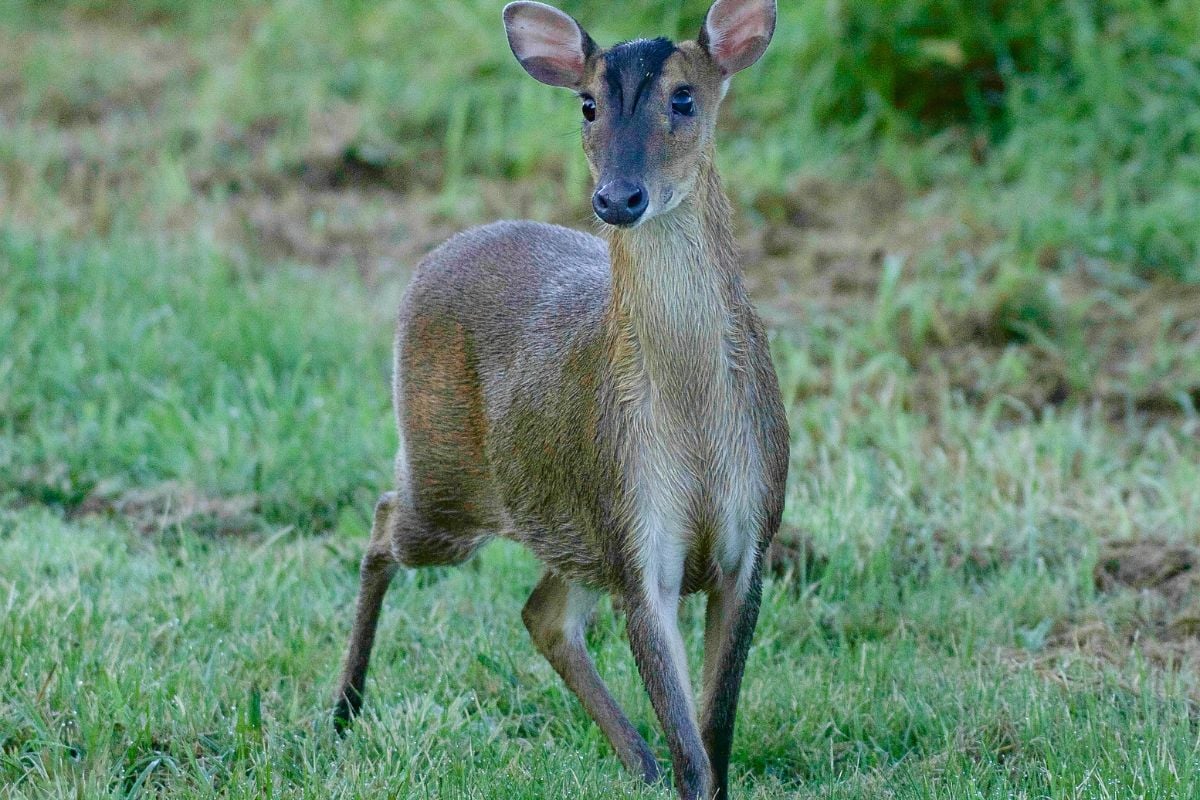 The Muntjac is a smaller hump-backed mammal characterized by a small tail. They are deer-like creatures that are native to India, and southeastern China, including Taiwan, and live about 16 years. The Muntjac is known as the barking deer and tends to be a solitary mammal that prefers nighttime dwelling in thick vegetation.

Most Muntjacs are 20 to 25 inches at their shoulder height and can weigh as much as 75 pounds. Female Muntjacs do not have antlers but have small knobs in the same place. 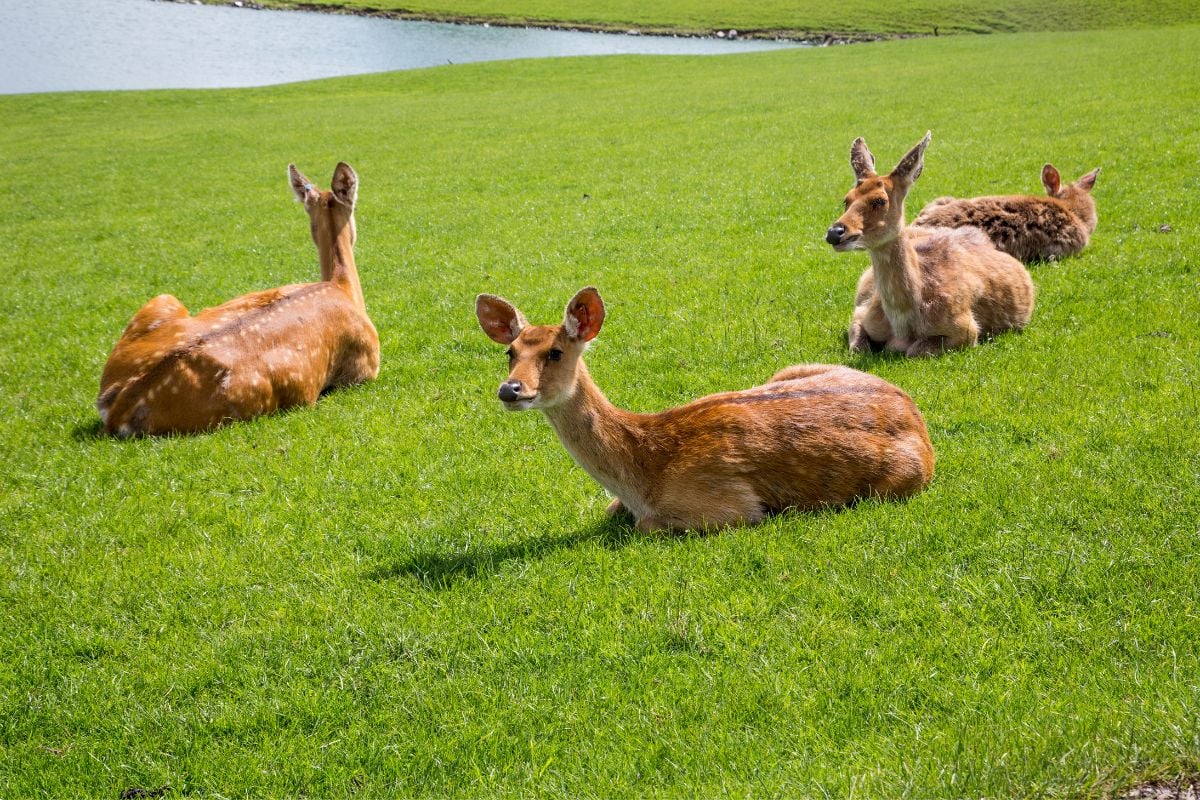 The Barasingha is a swamp deer that is native to parts of southern Asia with 15 subspecies. They prefer extensive river floodplains but are seen in tall grasslands, mangroves, and even deciduous forests. The Barasingha, like deer, are herbivores, eating mostly grass and leaves, although they do also eat aquatic vegetation by dipping their heads under water.

They can live 20 years and are adept at jumping and are good swimmers. 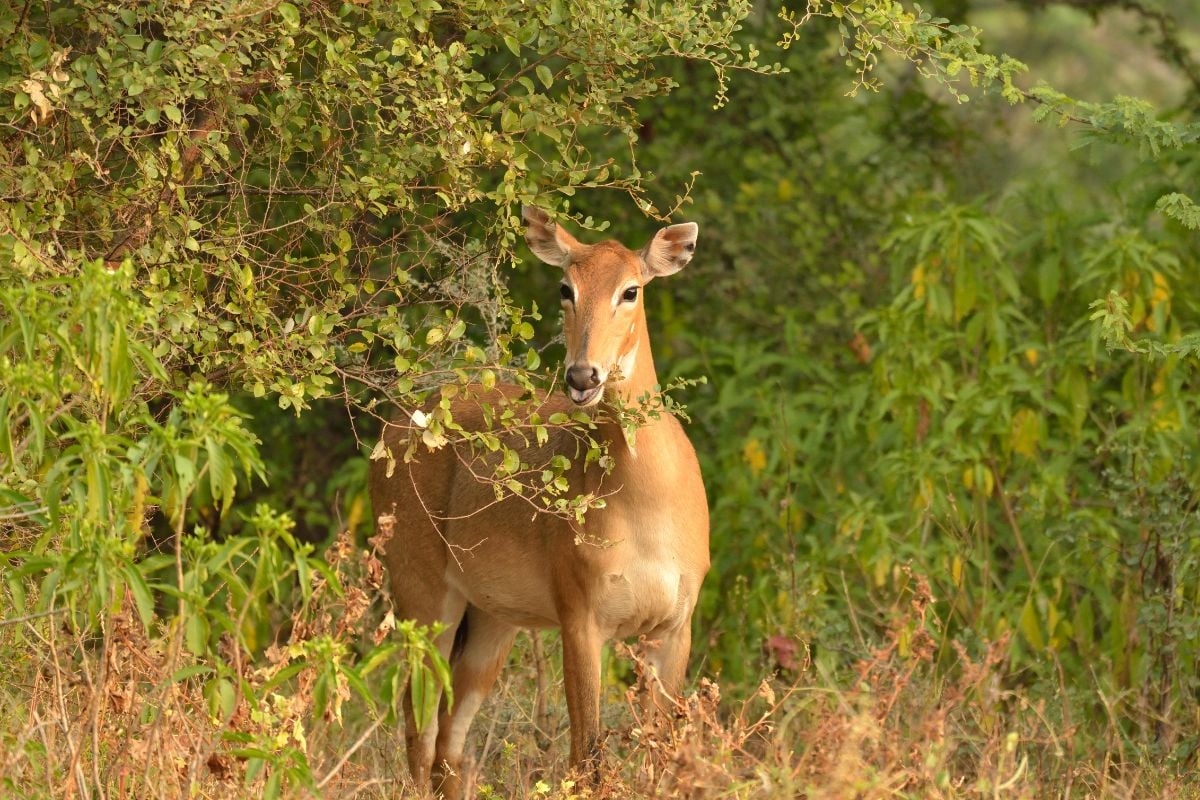 The Nilgai, which is the largest antelope in the continental of Asia, has a shoulder height that can be as high as 5 feet. Male Nilgais have tilted horns that grow 10 inches. Even as herbivores, the Nilgai can grow to over 500 pounds.

Nilgai, when chased by a predator, can run nearly 30 MPH with keen vision. The Nilgai’s diet includes leaves on small bushes, grasses, and desert succulents, to name a few. Nilgais are found living throughout India.

Nilgais can live up to 20 years. 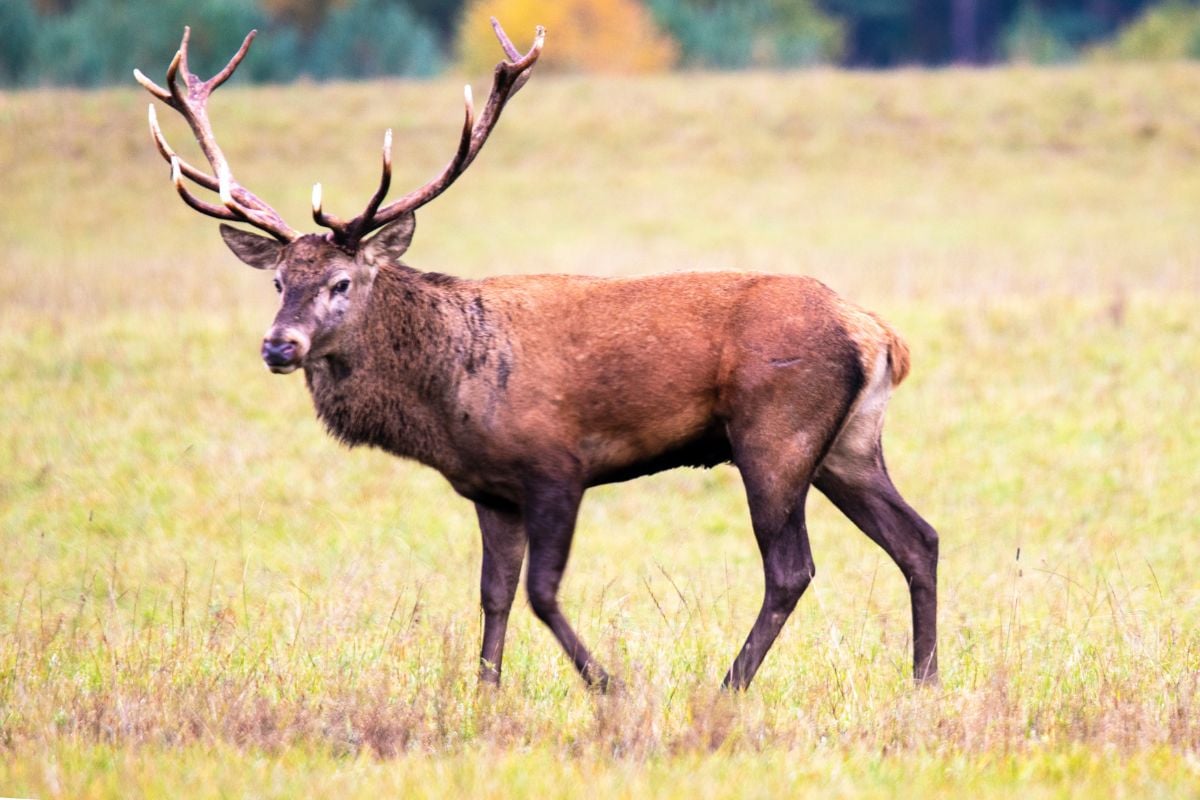 The Red Deer are native to most of Asia, Europe, and the mountainous regions of Iran and western Asia. They inhabit the Atlas Mountains, near the Tunisia and Moroccan border, so they often cross into Africa – the only living deer species on that continent. The Red Deer are social and matriarchal, migrating to lower altitudes in winter.

The male can weigh up to 550 pounds, while the female is small and weighs up to 370 pounds. These mammals can live to 20. They feast on grass, clover, dandelions, and violets in summer and woody growth in the colder months. 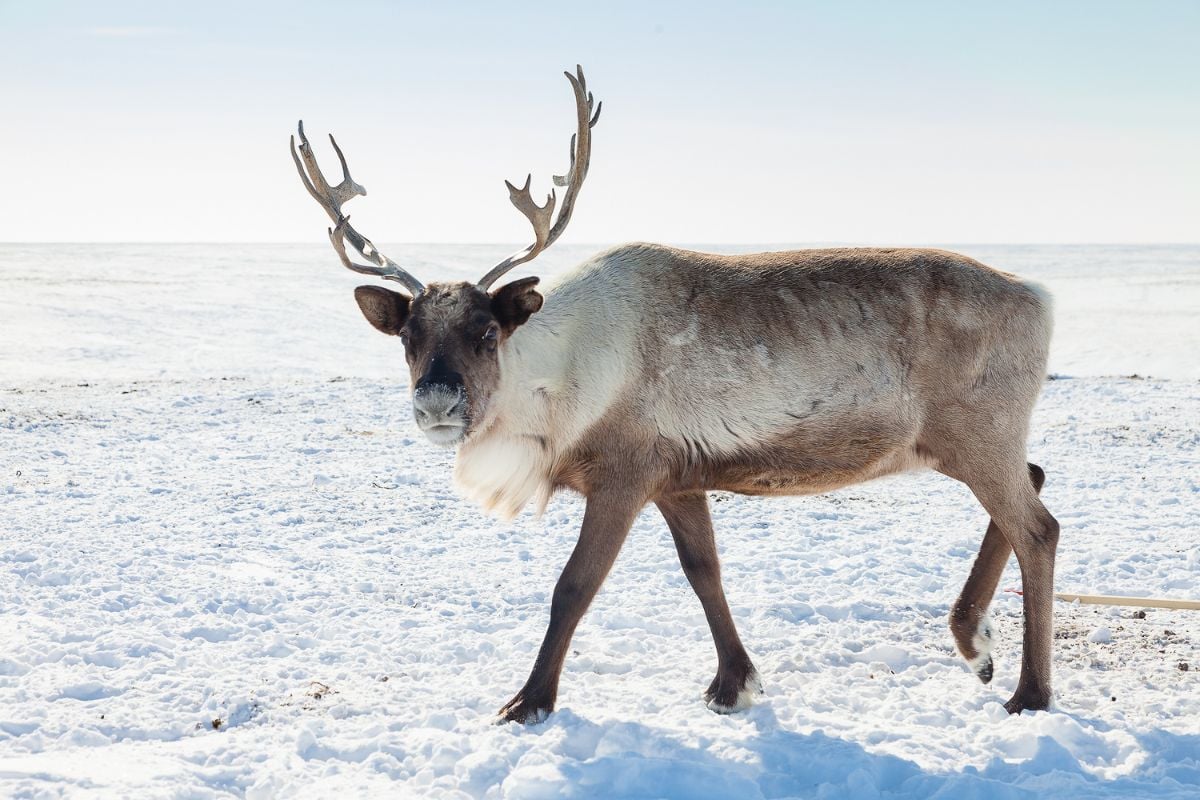 The Reindeer, which is also known in North America as the caribou, live in subarctic, arctic, and tundra regions, etc. The Reindeer, with a lifespan of 15 years, is the only cervid species in which the females grow antlers as a regular part of their development. These mammals are a part of the Christmas legends in the United States, helping Santa Claus deliver gifts to children as they sleep on Christmas Eve. 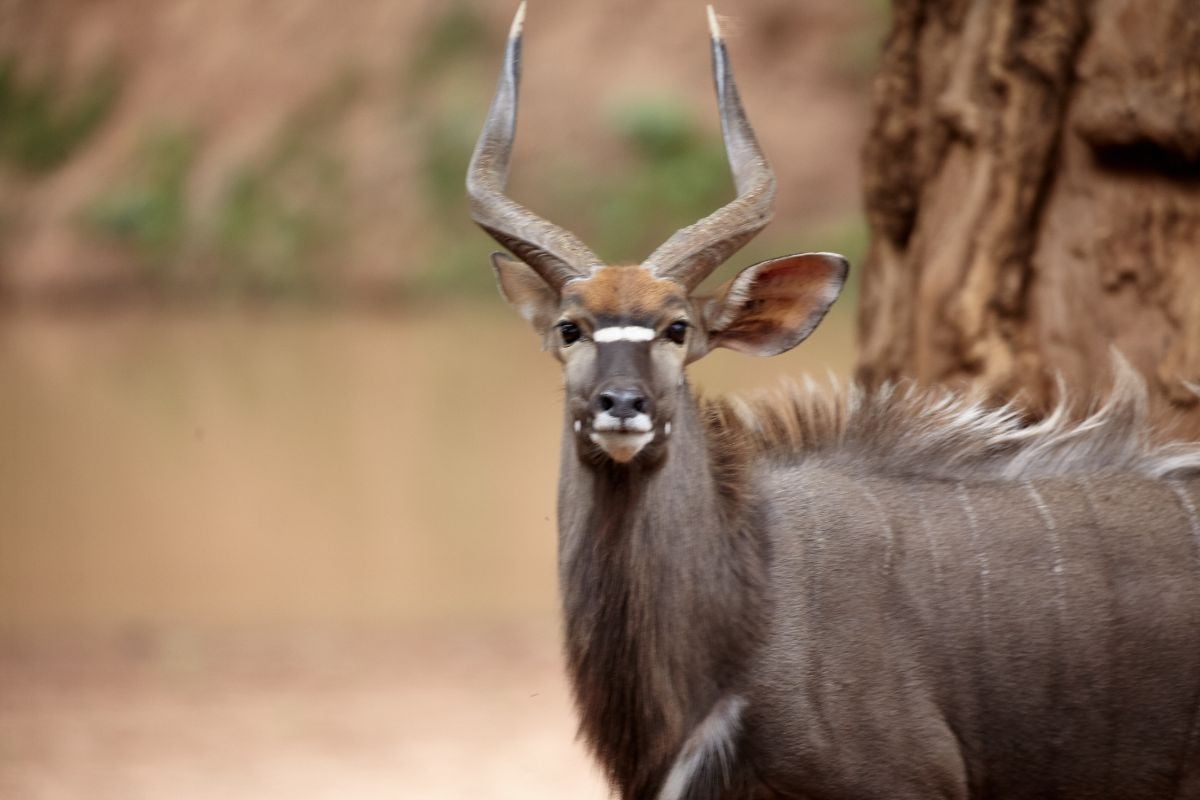 The Nyala very much resembles a deer. Male Nyalas have spiraled horns and can grow longer than 2.5 feet. These antelope, which are some of the oldest on the continent, tend to herd, with older male Nyalas choosing to remain solitary.

These mammals are grazers and are found across South Africa and prefer to forage during the evening and nighttime hours. Like a deer, the Nyala are herbivores, foraging on grass, twigs, fruit, flowers, and leaves. They can go without water for some time and have a lifespan of about 19 years. 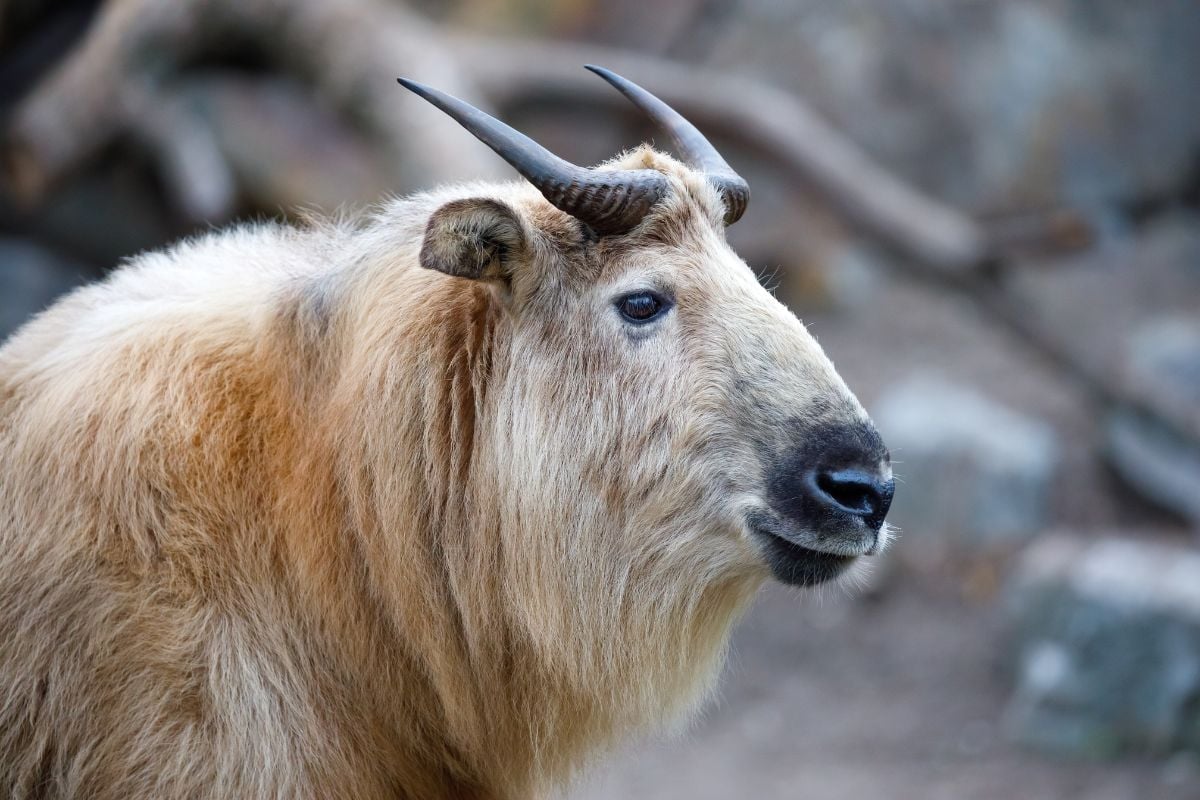 The Takin is a member of the ungulates and a large deer-like mammal that is found across the eastern Himalayas. The Takin has a stocky, rugged build, and both males and females have horns that have a ridged base. Their shoulder height reaches nearly six feet, with a tail that can grow 8 inches.

Takins inhibit grassy alpine zones that can be rocky – with altitudes that reach more than 14,000 feet above sea level. Male Takins can grow to more than 750 pounds, with females reaching more than 650 pounds. 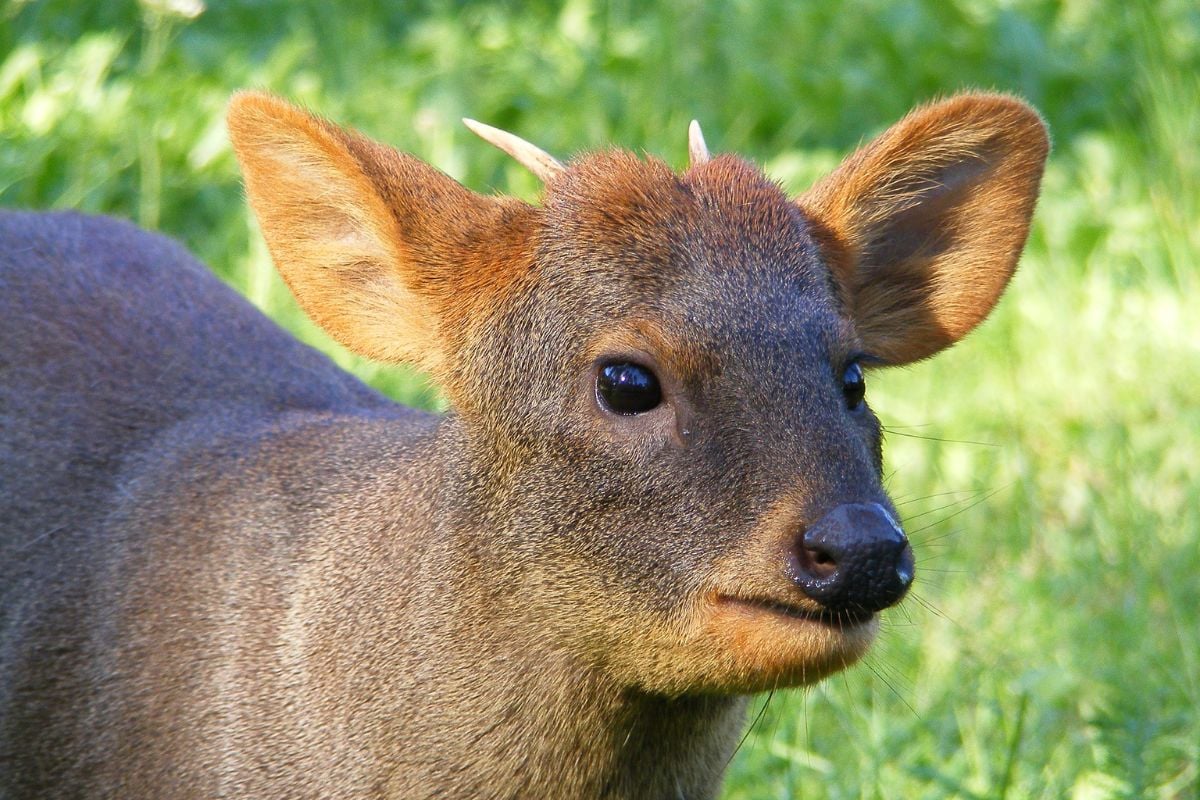 The Pudu, with two subspecies, is a deer native to South America. The Pudu can live to 15 and range in size from 1 to 1.5 feet tall and about three feet long. This small mammal is quite secretive and solitary.

They are primarily active across daylight hours and evening. The Pudu is an herbivore, foraging on vines, succulent sprouts, ferns, herbs, tree bark, buds, and fruit that falls. They can go without water for long stretches because of the high-water content of the succulents it feasts on. 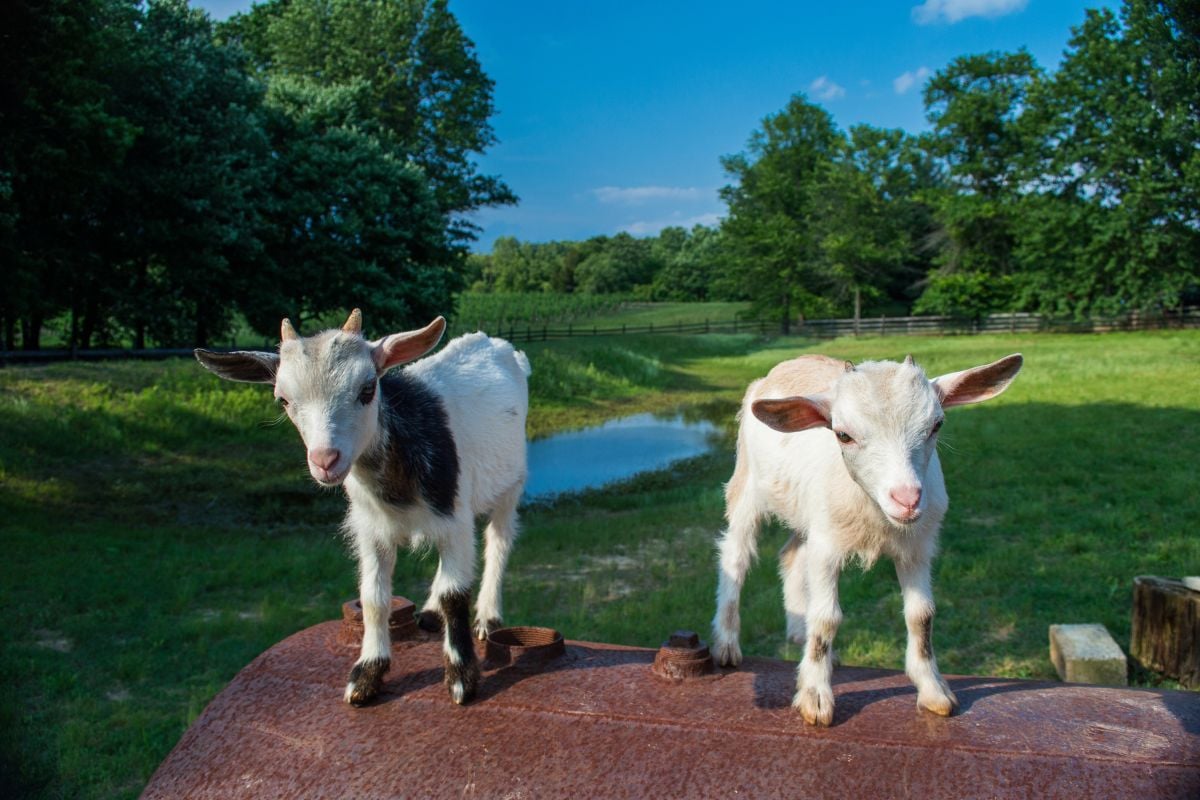 Native to Argentina, Paraguay, and Brazil, the Pygmy Brocket is a small deer that can weigh up to 45 pounds. This mammal prefers to inhabit forests across the Yucatan Peninsula of South and Central America. The Pygmy Brocket deer is a bit cryptic and prefers to be active at night when it is easier to stay undetected.

Studies reveal there may be as many as two dozen species of these small deer-like creatures. They have a lifespan that varies from 7 to 16 years.

Do All Animals with Antlers Shed Them?

Each member of the North American deer family sheds antlers annually, which are shed in winter and regrow in spring.

Is There a Difference Between Horns and Antlers?

Both horns and antlers are made from bone. However, horns are covered in a sheath of keratin, whereas antlers are not.  In addition, horns never branch out or shed.

Finally, horns typically continue to grow throughout the animal’s life.

Do Female Deer Have Antlers?

In most deer species, only males have antlers. There is an exception. Female reindeer grow antlers. In addition, if females have high testosterone levels, they too may grow antlers.