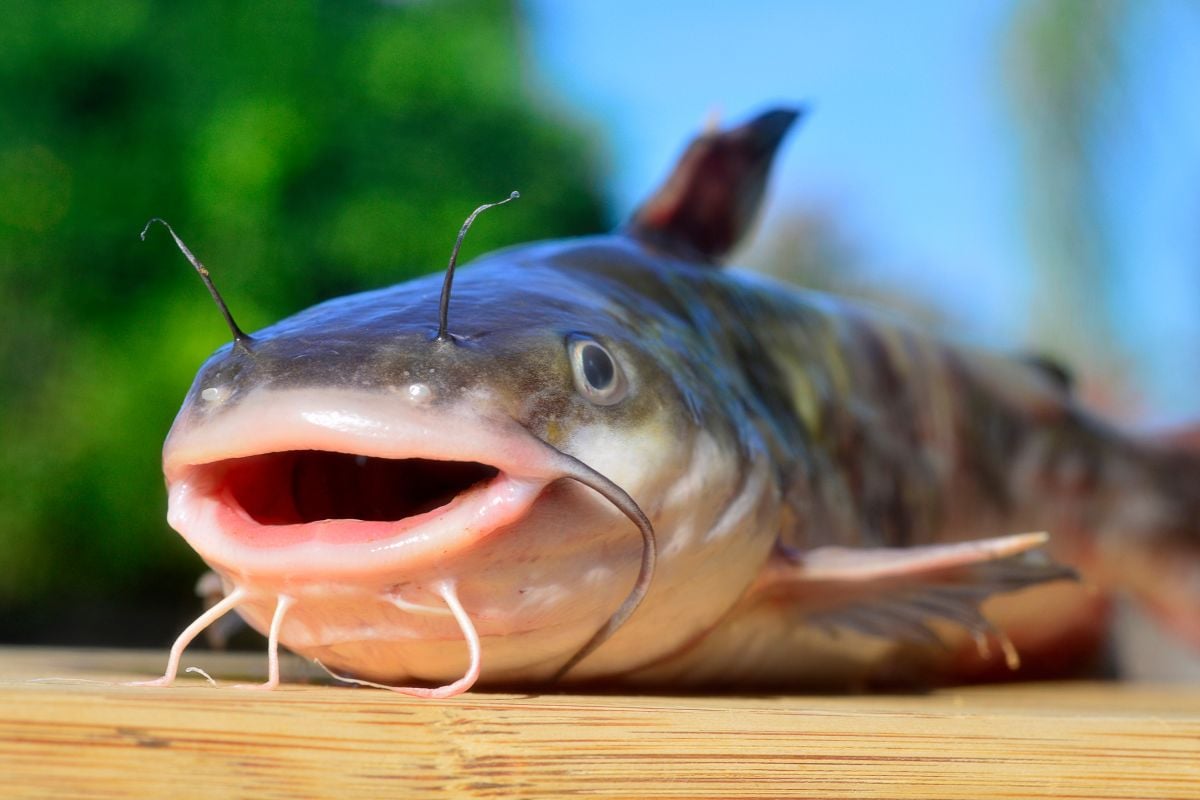 Catfish can be found in the waters of every continent but Antarctica. While approximately half of all catfish species live in North or South America, you can also find these fish in freshwater and saltwater environments across the globe. In Europe, catfish primarily exist as an invasive species.

While catfish are highly diverse and include thousands of different species, all catfish have barbels, a whisker-like filament that grows from their snout. These barbels always grow in pairs, and catfish can have up to four pairs of barbels. The size and behaviors of catfish can vary significantly, with some species, like the wels catfish, that can grow to be nearly 10 feet long.

Catfish are considered to be bottom-feeders, which means they hunt for food near the bottom of a body of water. It’s possible for catfish to be carnivores, herbivores, and omnivores. Foods like algae, small fish, aquatic insects, and crabs can all be a part of a catfish’s diet.

Even though catfish species are varied, there are still many fish that have a lot in common with catfish. These 15 fish are similar to catfish in a number of ways. 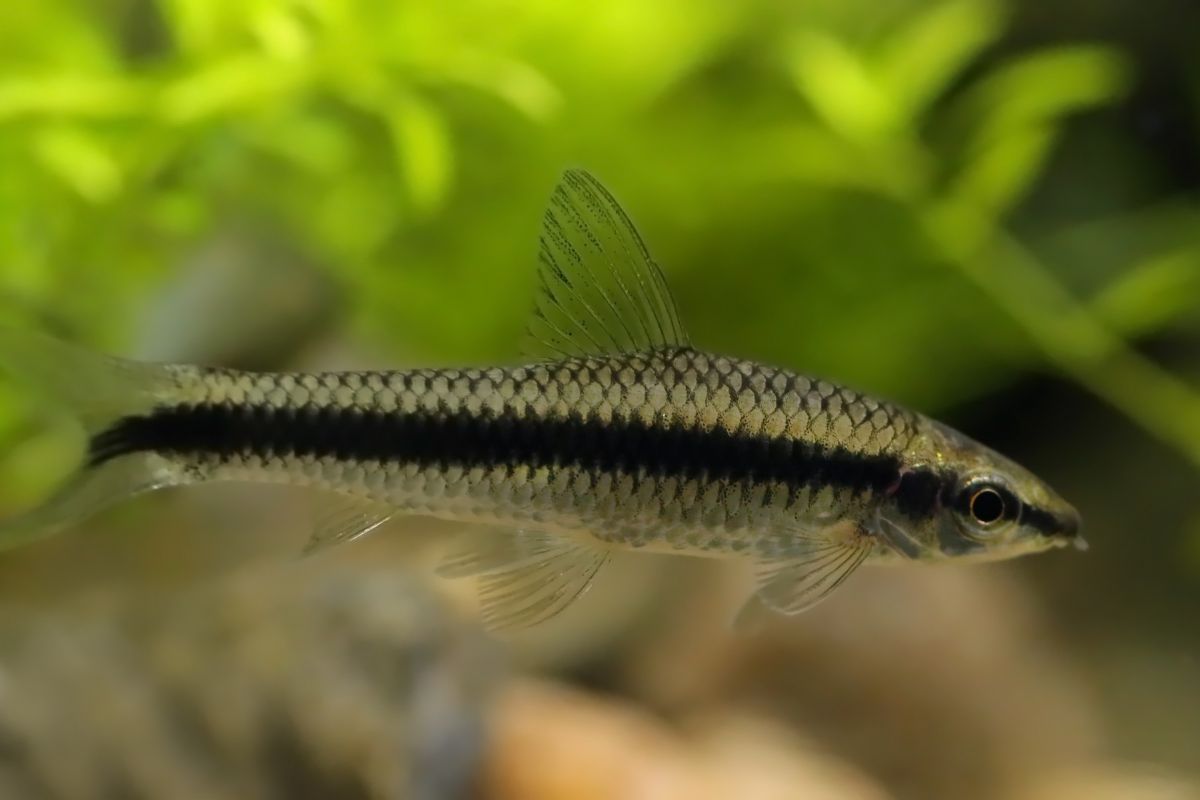 This tropical fish is native the waters of Southeast Asia. It’s typically found in rivers and streams, where it primarily feeds off of plankton, periphyton, and of course, algae. As a matter of fact, both catfish and Siamese algae eaters love to eat algae and can thrive in aquariums.

As juveniles, Siamese algae eaters are typically between 1.5 to 2.5 inches long, but they can grow to six inches in length. It has tiny, whisker-like barbels that are much smaller than the barbels on catfish, as well as a long, bold, black stripe that extends from its head to its tail. When under threat from predators, the stripe can fade so that the fish is able to blend in with its surroundings. 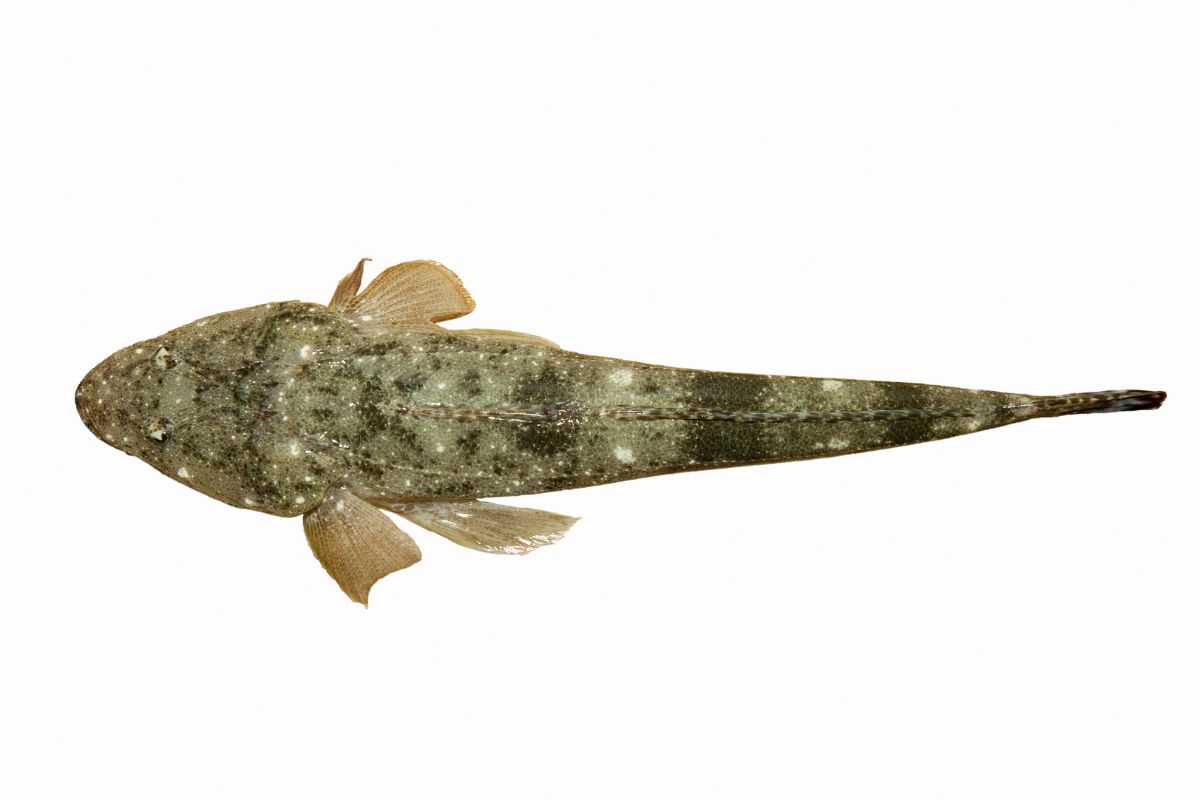 Flatheads get their name from their flat head, a feature you’ll also find on catfish. Most fish of this species are located in the waters of Australia. While flatfish can grow to be more than three feet long, fish of this size are rarely caught.

They can be found in both oceans and estuaries, where they use their hunting skills to feed off prawns and small fish. It’s common for flatfish to feed off the bottom of the waters they inhabit, sometimes concealing themselves in the sand. Flatfish have rough scales, an elongated body, and two dorsal fins. 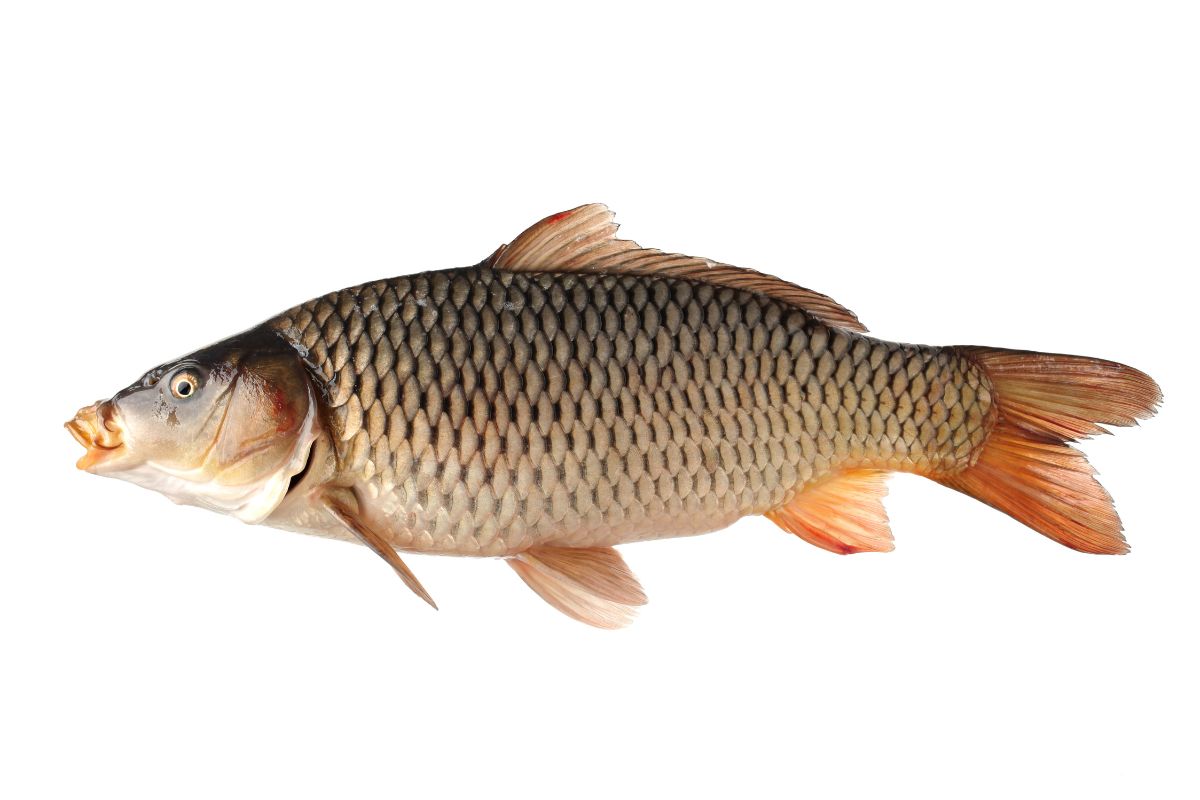 Carp are a large group of freshwater fish that includes species native to Asia and Europe. While carp can also be found in other regions, including Australia and the United States, it’s considered to be an invasive species. The appearance of a carp can vary significantly from species to species, especially because many carp are bred as ornamental fish.

Carp have tiny tastebuds located all over their body, which helps them find food like mollusks, insects, and aquatic worms in the water around them. Catfish are also covered in tastebuds, with over 100,000 tastebuds in total. With that many tastebuds, both fishes have bodies that essentially function as tongues. 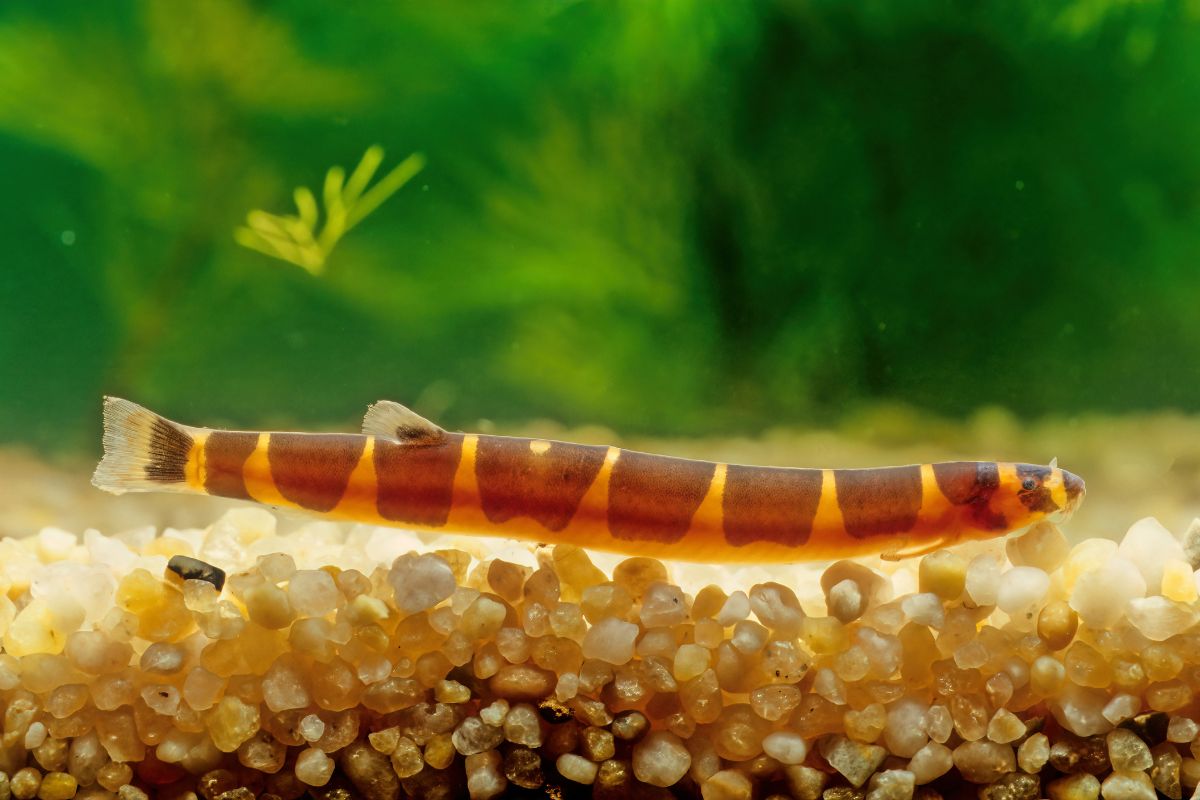 Loaches are a highly diverse group of bottom-dwelling freshwater fish that includes over 1,000 species. These fish are able to communicate with each other via an organ known as the Weberian apparatus, which is also possessed by catfish. They use their ultra-powerful hearing to detect threats and find sources of food.

Loaches are omnivores and are known for having a diverse appetite. Species can be found in Asia, Europe, and Northern Africa and are capable of thriving in many different habitats, including mountain streams and caves. The appearance of loaches can vary from species to species.

Some species, like the Oriental Weatherfish, even have whiskers! 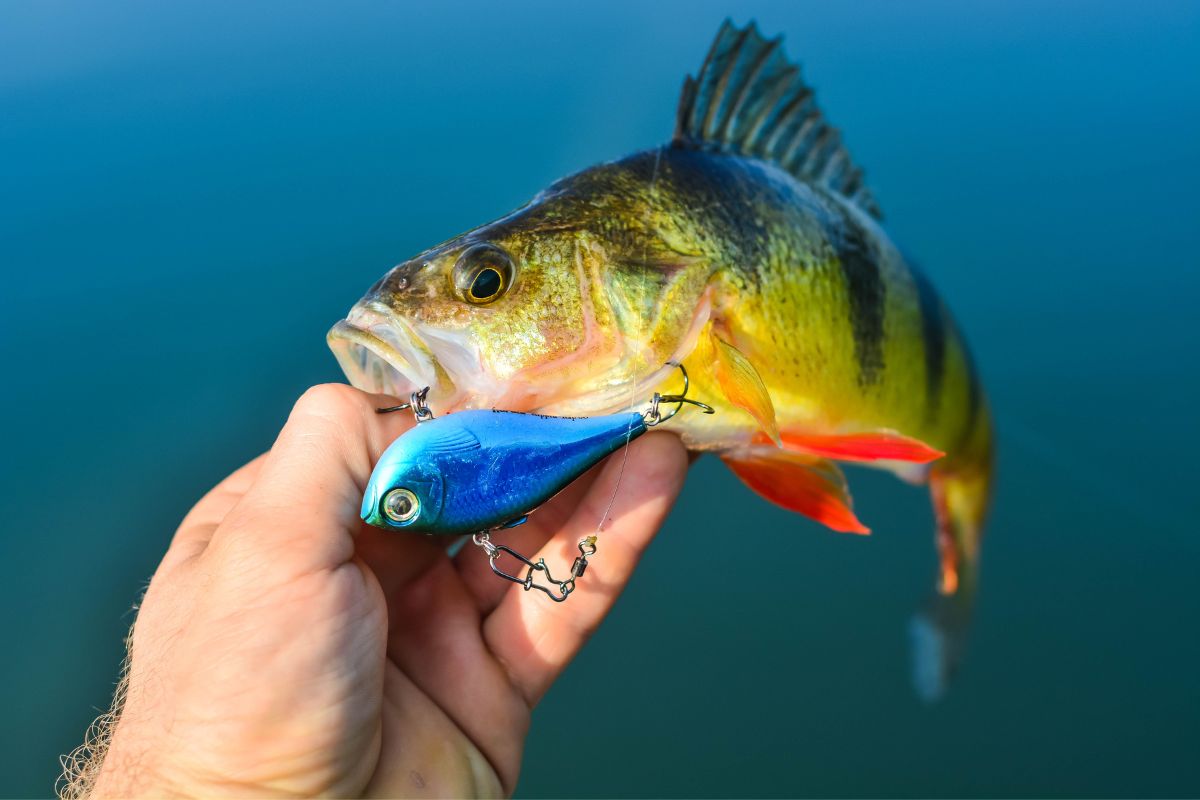 They typically feed off of shellfish, insect larvae, and smaller fish. While perch are known to put up a fight, they’re still a popular sport fish and a common source of food for humans. 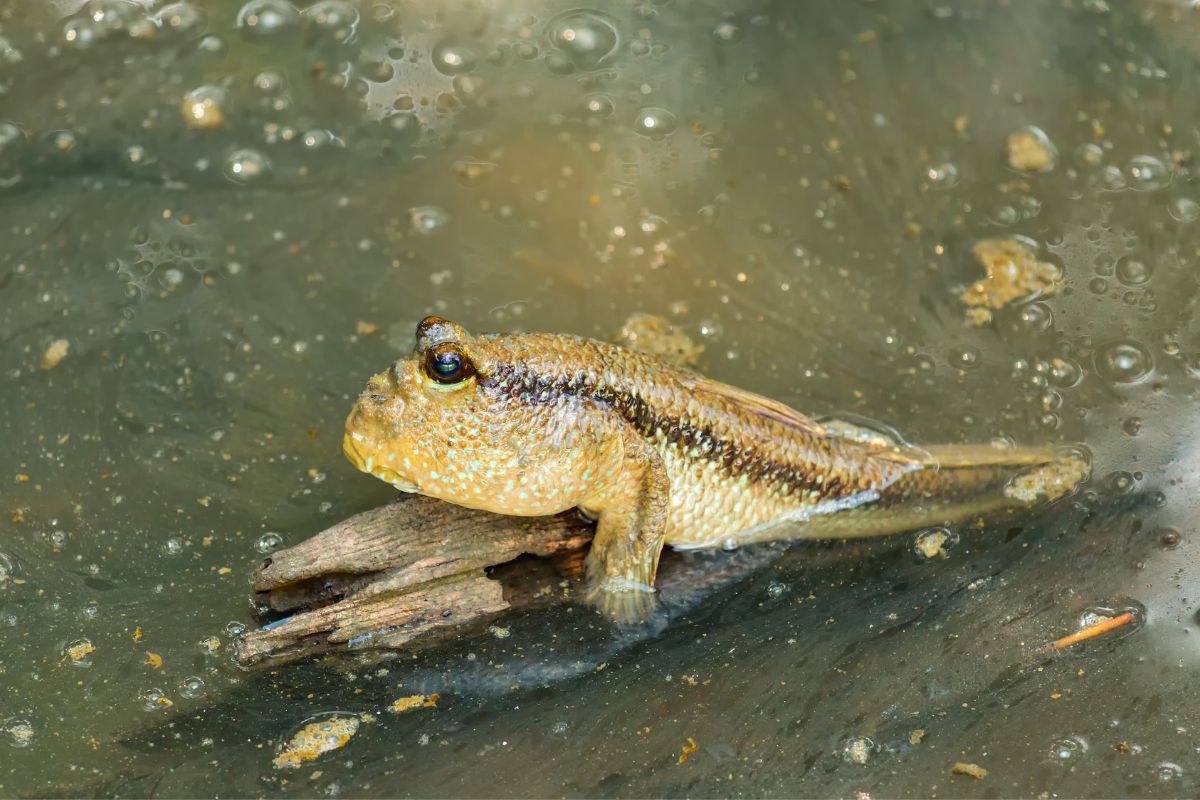 This amphibious group of fish includes over 30 species that can survive in and out of the water. Mudskippers can grow to be 12 feet long and are able to breathe through their skin, a feat that some types of catfish, like the African sharptooth catfish, are capable of as well. While mudskippers tend to be brown, some males will develop brightly-colored spots during mating season.

You can find mudskippers in the Indo-Pacific and in the waters of Africa’s Atlantic coast. While diets can vary between species, it’s common for mudskippers to feed off of insects, small crabs, and snails. If access to food is limited, they may even feed off of other mudskippers! 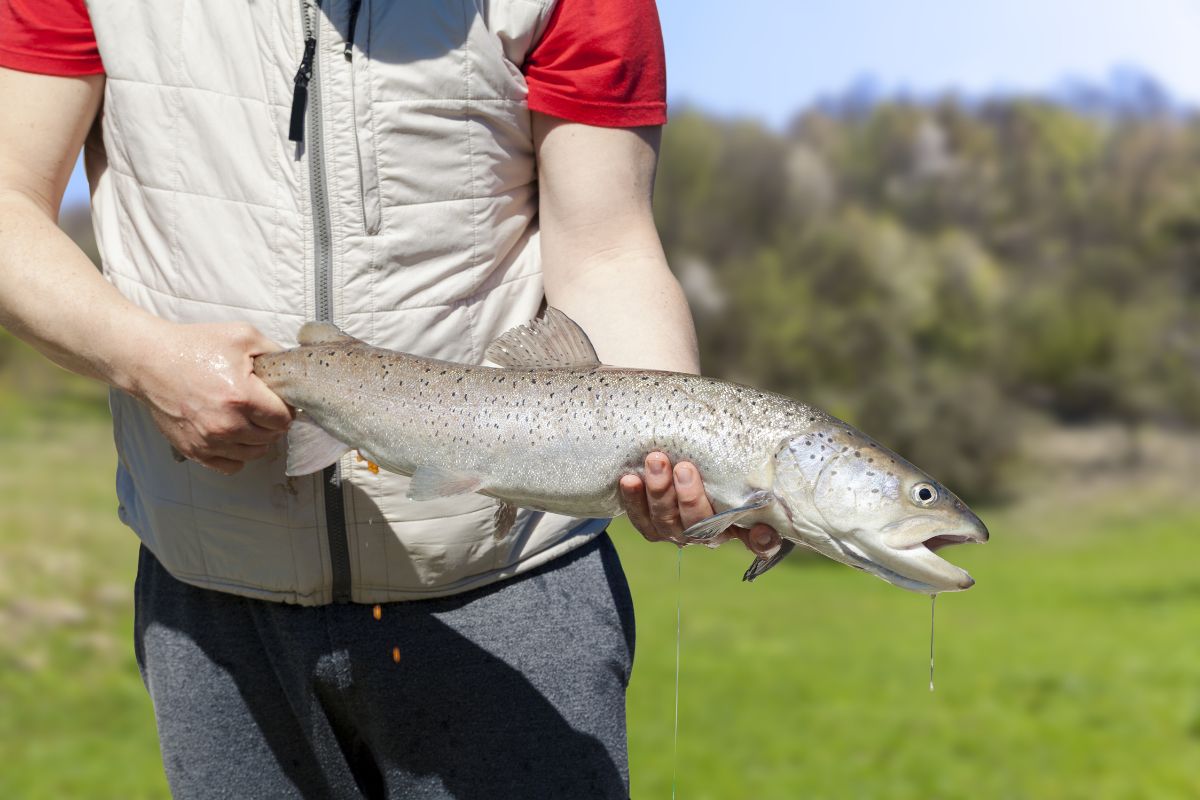 Catfish and salmon are both ray-finned fish. Much like catfish, salmon are a heavily farmed fish and a popular food source. While salmon have been introduced to waters all over the world, they’re native to streams and rivers that flow into the Atlantic and Pacific Oceans.

Salmon are known for their pink color, which comes from astaxanthin, a compound found in the shrimp that they eat. Farm-raised salmon eats a different diet and isn’t naturally pink. King salmon can grow to be 58 inches long, while pink salmon won’t grow to be larger than 30 inches. 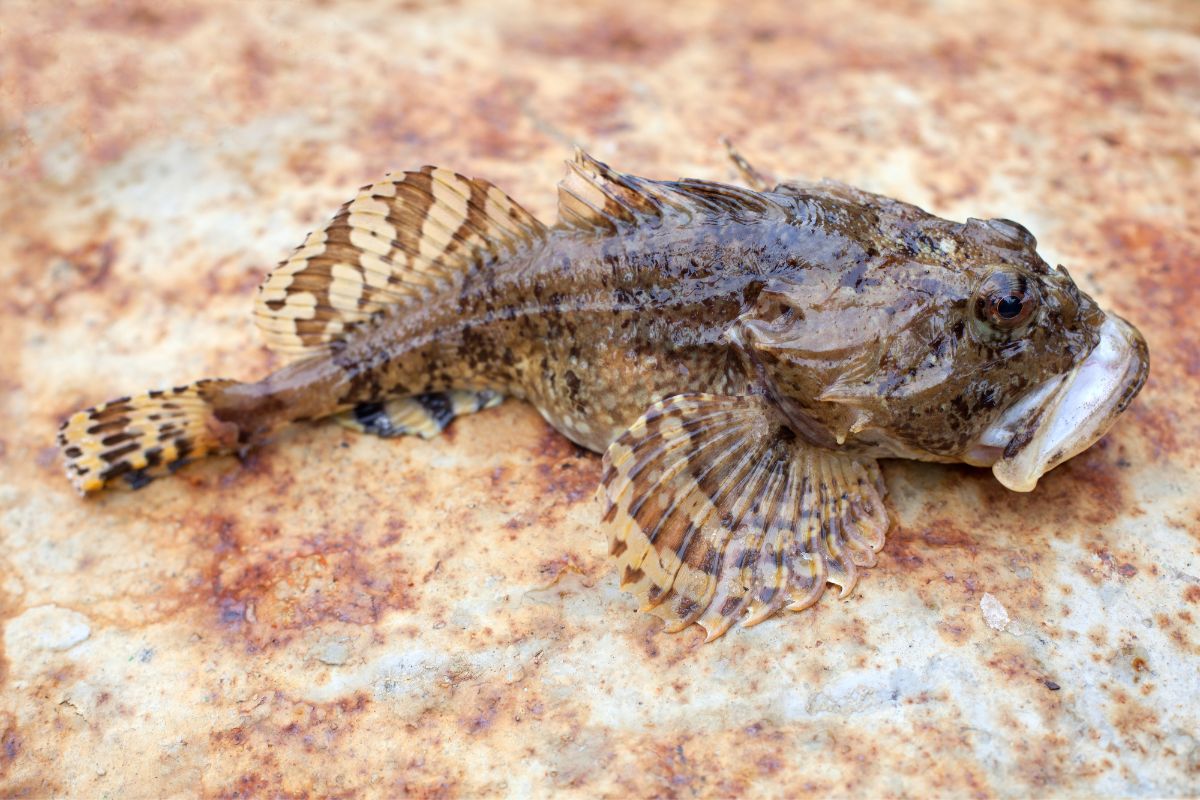 Gobies are one the the largest fish families, with over 2,000 species in total. In contrast, there are nearly 3,000 species of catfish alive today. You can find gobies swimming in waters across the globe, especially in tropical and temperate climates.

A goby typically has a large head, soft, spinless body. While some species can grow to be as long as 10 inches, there are many other species that are less than four inches long. Gobies are a bottom-dwelling fish that often feeds off mussels, insect larvae, and the eggs of other fish species. 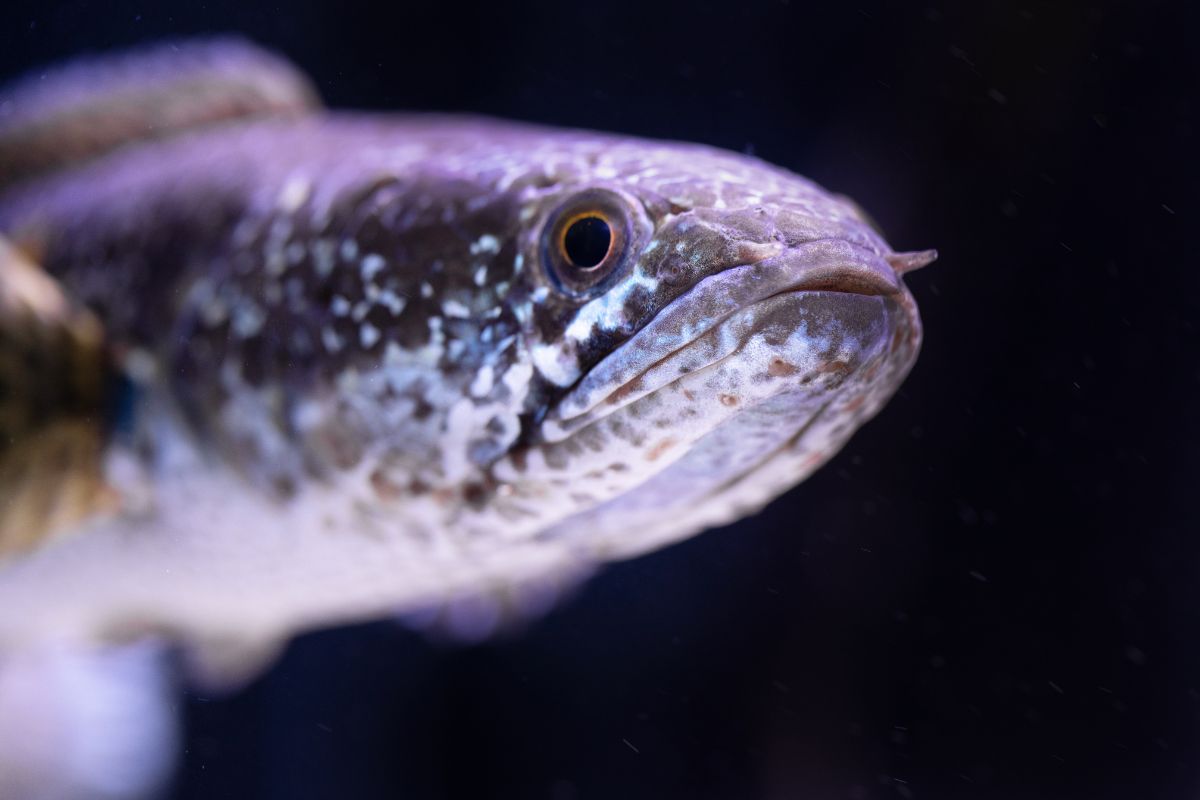 Although snakehead fish are native to Africa and Asia, they can be found in other parts of the world as an invasive species. Snakeheads tend to be long and thin, with species ranging in size from 10 inches to over three feet. Since they can walk on land, they have access to a diverse selection of foods that includes other fish, frogs, and even rats. 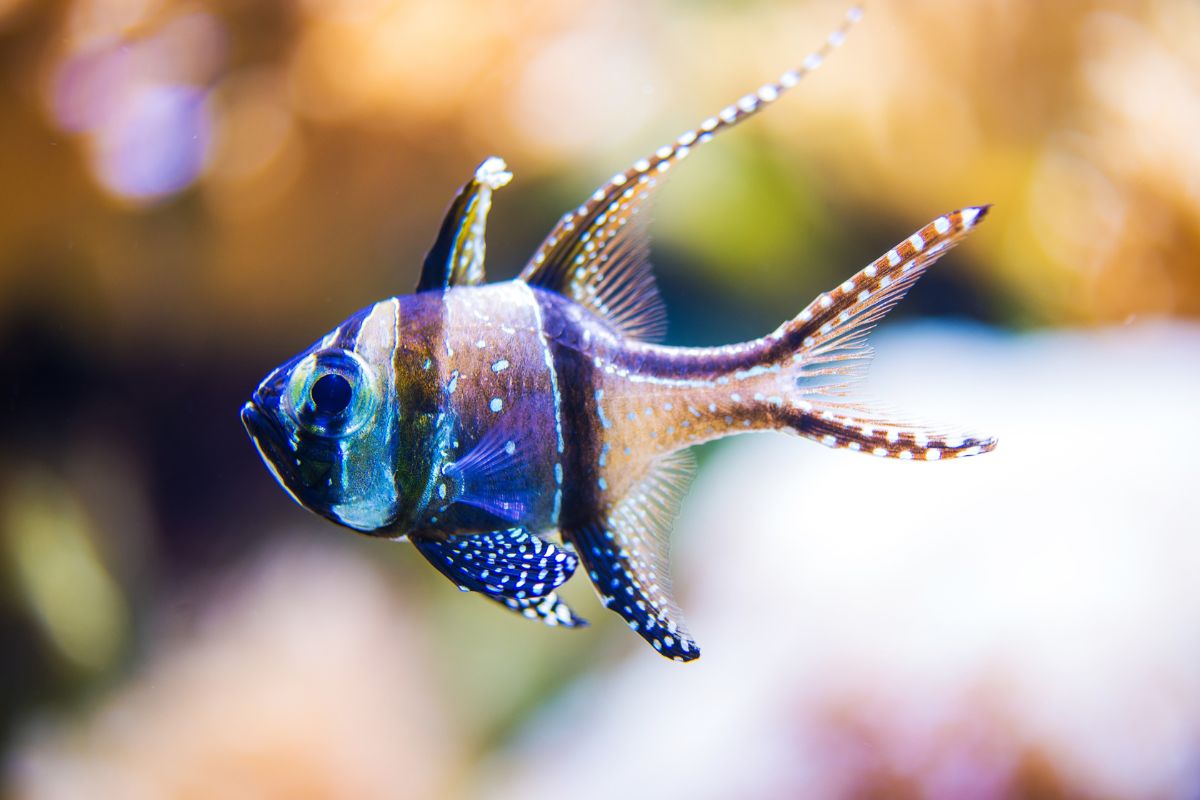 Cardinal fish can be found in marine and brackish waters, with most species living in the Atlantic, Pacific, and Indian Oceans. While many cardinal fish are pink or red, some species are yellow, brown, or black. Most cardinal fish are fairly small, ranging in size from two to eight inches.

The cardinal fish is considered to be a mouthbreeder, which means that males of the species carry eggs in their mouth. Catfish are mouthbreeders as well. While males don’t feed during this incubation period, cardinal lfish typically live off foods like copepods and plankton. 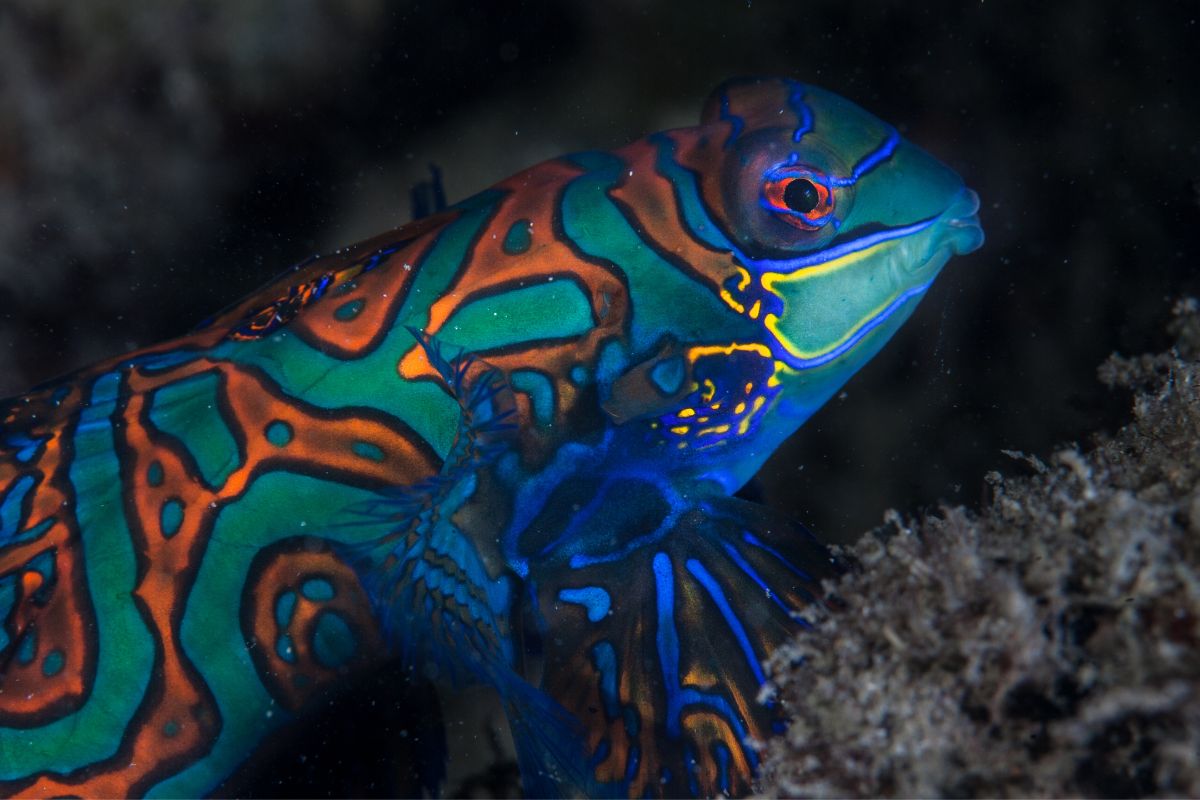 This fish is native to the Pacific and is typically found in warmer waters, such as the waters around Australia. They eat a mixed diet that includes copepods, fish eggs, and polychaete worms. Mandarinfish tend to be reef dwellers and are often found near sheltered inshore reefs.

Like most catfish, mandarinfish don’t have scales and are instead covered in a layer of smelly slime. Since mandarinfish have natural protection from predators, they are brightly colored and have distinctive designs across their body. These fish are very small and usually don’t grow to be larger than three inches. 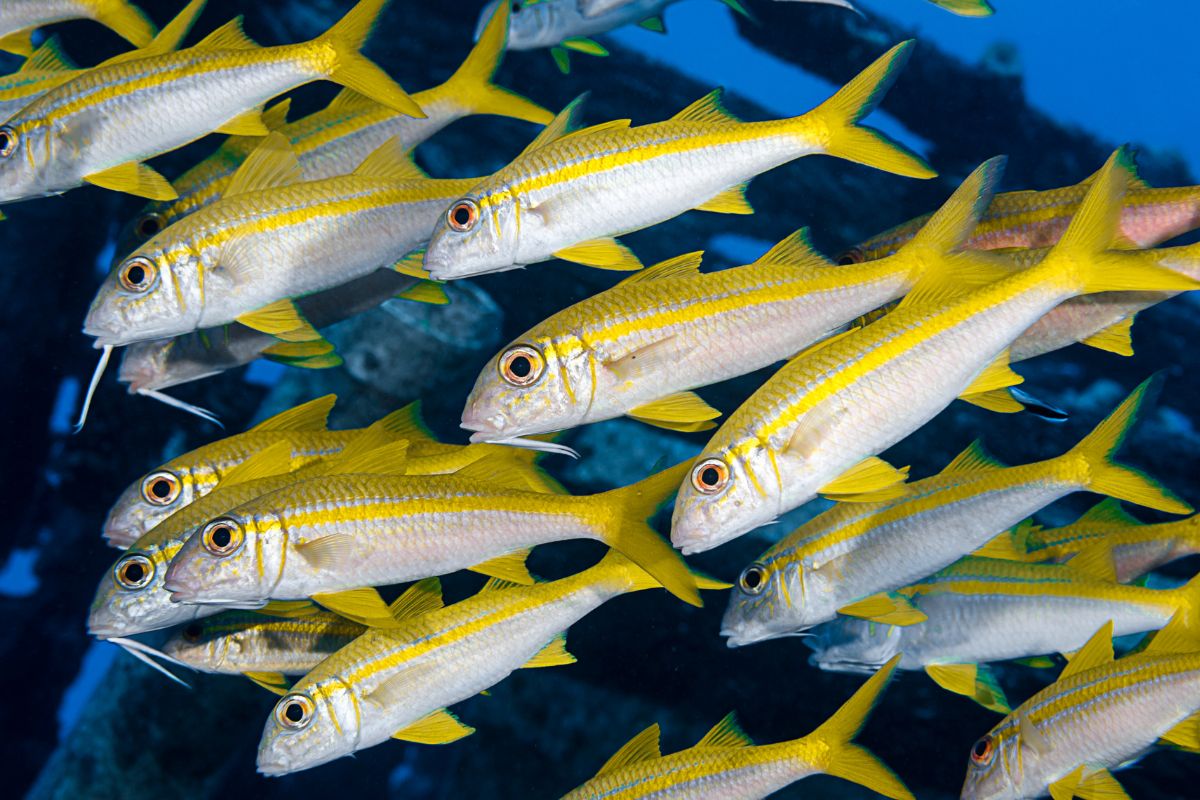 Not only are goatfish and catfish both named after mammals, but both types of fish are bottom-feeders with long whiskers. Goatfish use these whiskers to search for sources of food, like crustaceans, worms, and urchins. Many goatfish are brightly colored, and while most species are small, some can grow to be as long as 24 inches.

Goatfish can thrive in many habitats and can be found in tropical and temperate waters across the globe. They’re bottom-feeders and can sometimes be found as far as 1,600 feet below the water’s surface. Unlike catfish, goatfish typically hunt in schools. 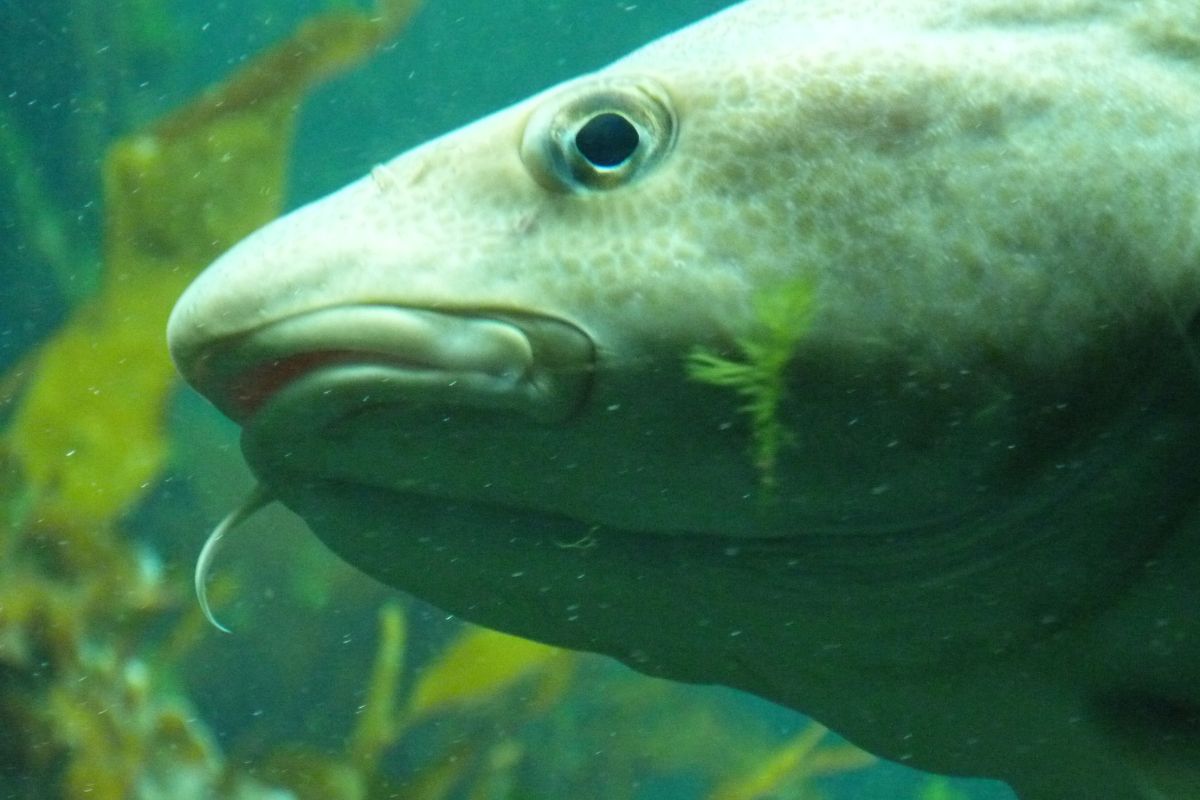 All three types of cod are bottom-dwellers, and the fish is a popular food source, much like catfish. Depending on its size and species, a cod may eat shrimp, shellfish, or other fish like mackerel and herring. Cod can live for more than 20 years in the wild, with some cod growing to be as large as 51 inches long. 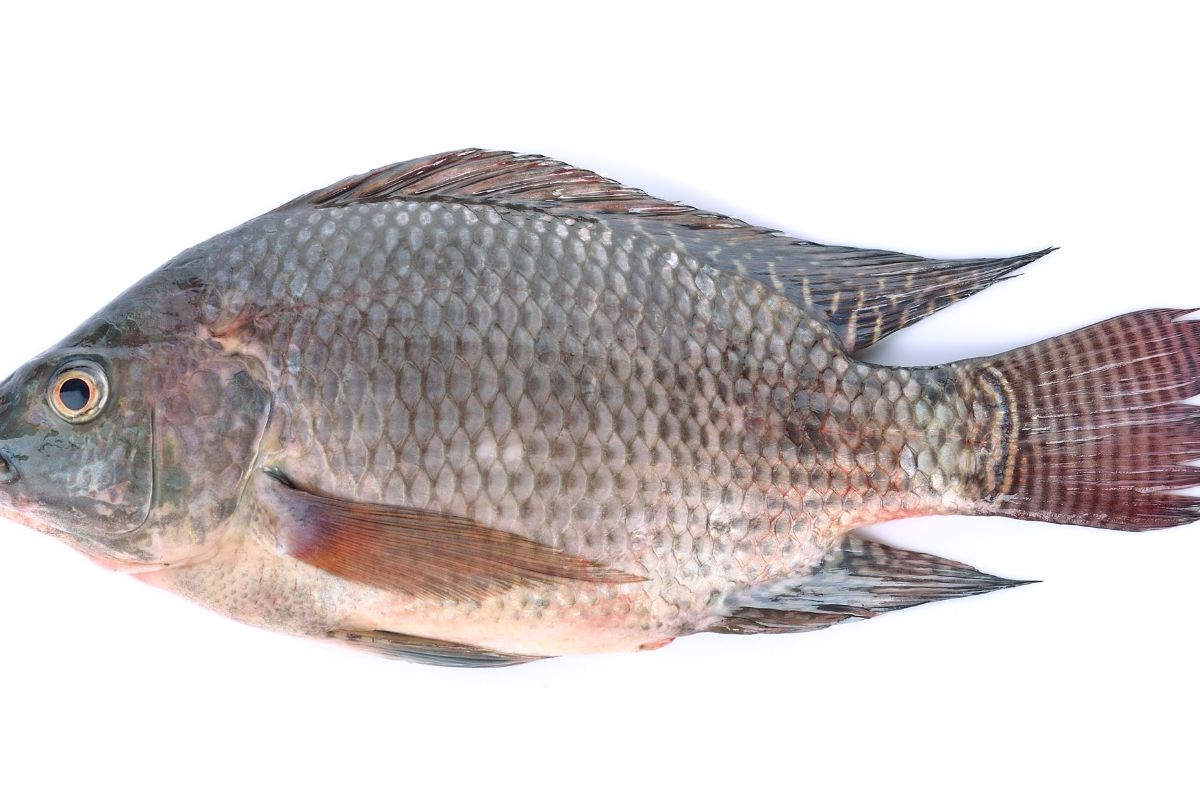 There are close to 100 species of fish classified as Tilapia. Although Tilapia are native to Africa, fish can be found in freshwater environments all over the world. Tilapia have long dorsal fins, distinctive scales, and can grow to be more than two feet long.

See also  Can Porcupines Float in Water? How?

Tilapia and catfish are some of the most farmed fish species in the world. People often compare Tilapia to catfish because of its mild flavor and firm texture. In the wild, Tilapia typically feed off algae, but farmed Tilapia are usually fed corn meal. 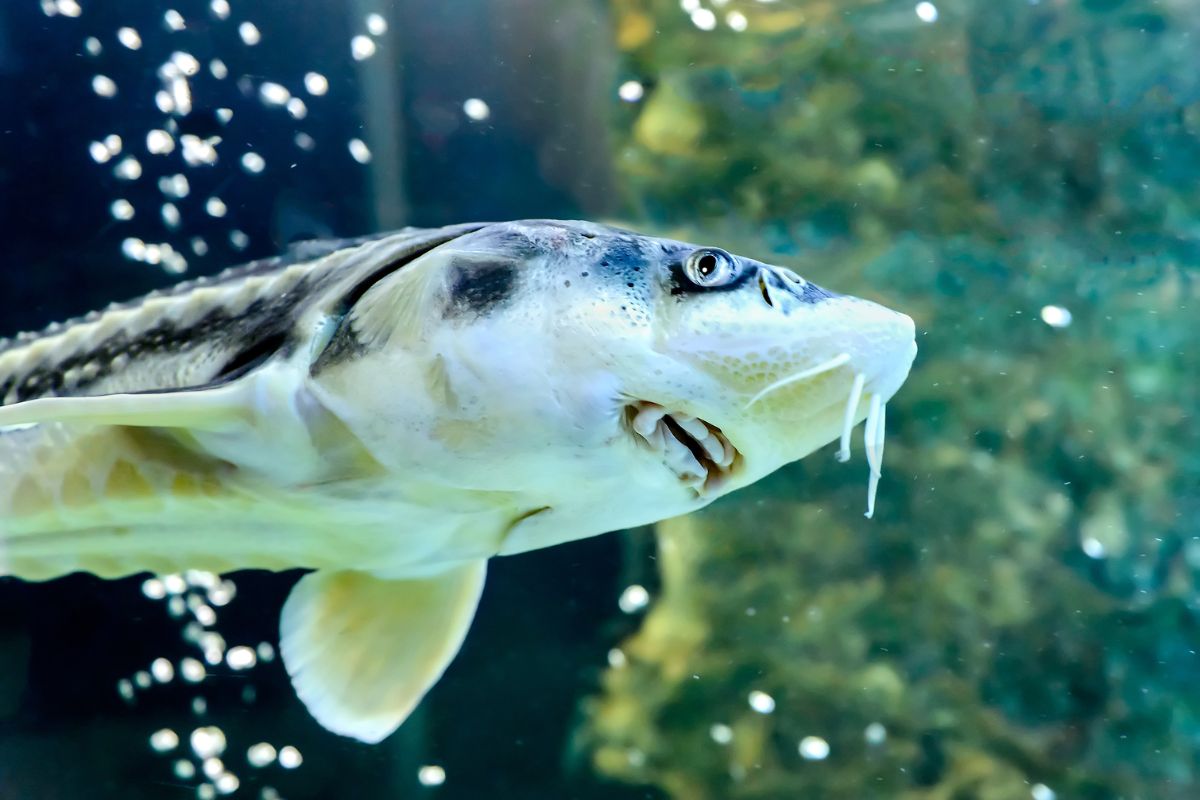 There are 27 species of fish classified as sturgeons, including the Siberian sturgeon and the lake sturgeon. Sturgeon fossils can be traced back more than 200 million years, making them one of the oldest types of fish that’s still alive today. You can find sturgeon in the waters of Eurasia and North America.&nbsp;

When you look at a sturgeon, one of the first things you’ll notice are its catfish-like barbels. They also have elongated bodies and can grow to be as long as 18 feet. Even though sturgeon can reach very large sizes, they typically feed off of small fish, mussels, and crustaceans.

While not all catfish are toxic, there are over 1,000 venomous catfish species. This venom is usually mild, but some species, like the candiru, can be fatal to humans.

Can Catfish Live In Saltwater?

Catfish can be both nocturnal and diurnal depending on the species. Since catfish tend to eat when they’re hungry, it’s possible to catch catfish at almost any time of day.