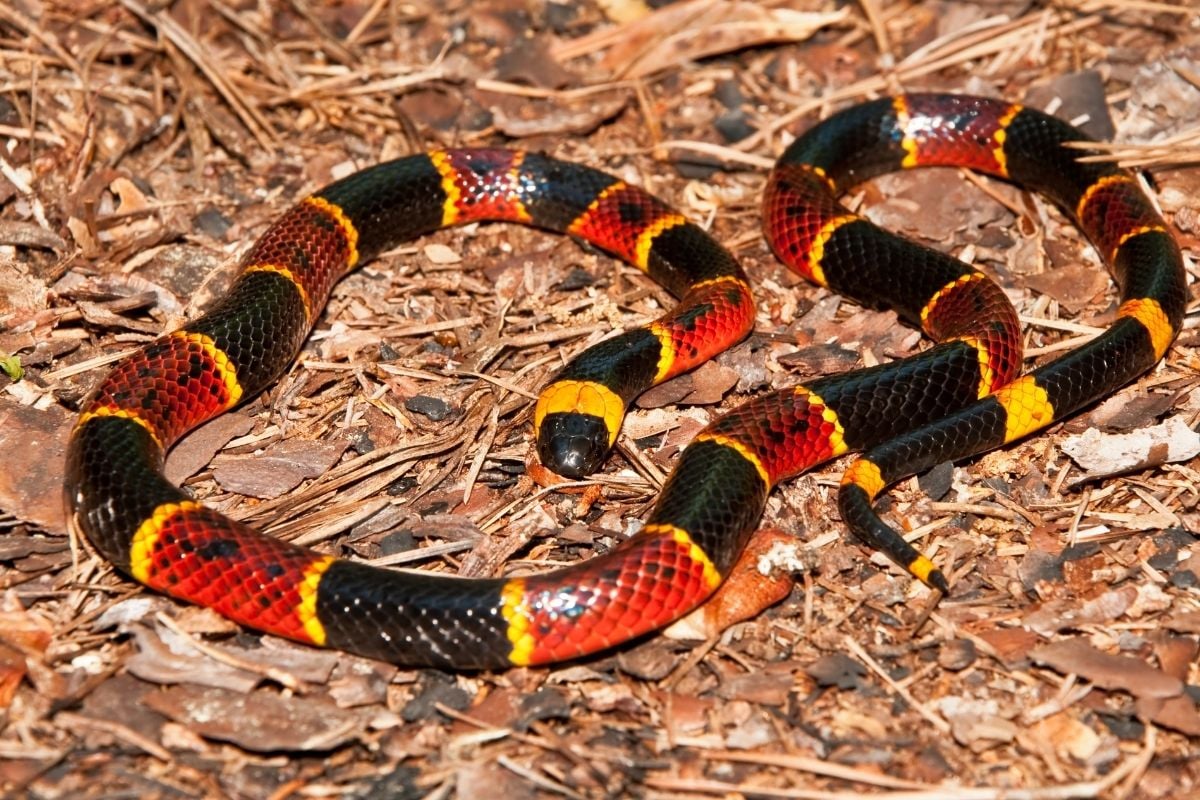 If you come face-to-face with a snake, you may be wondering just how many times it can bite you before it runs out of venom. For the vast majority of snakes, it’s highly unlikely that they will bite more than once. And when they do, they can decide how much venom they’ll inject into you.

This is the reason that there are so many “dry-bites” where no venom is injected. As they’re shy and scared of humans, snakes will strike as a last resort and then attempt to make a getaway. Unless, of course, you make contact with a black mamba.

Black mambas are nasty, vindictive snakes with the personality of a psychopath. They’ve been known to bite up to 12 times in a single attack! Their venom is extremely toxic, but they will inject up to 12 times as much venom as is needed to kill their prey.

If you’re unfortunate enough to meet one of these slithery assassins, then you have about 20-30 minutes before you die after a bite. Not pleasant.

Contents show
Can Snakes Run Out of Venom?
How Long Does it Take for a Snake to Replenish Its Venom?
Can a Snake Bite Twice?
What is the Deadliest Snake in the United States?
What Snake Bite Kills the Fastest?
1. Black Mamba
2. King Cobra
3. Faint-Banded Sea Snake
4. Tiger Snake
5. Inland Taipan
6. Saw-Scaled Viper
Can You Survive a Rattlesnake Bite Without Treatment?
Do Rattlesnakes Strike Twice?
What Not to Do if You’re Bitten by a Snake

Can Snakes Run Out of Venom? 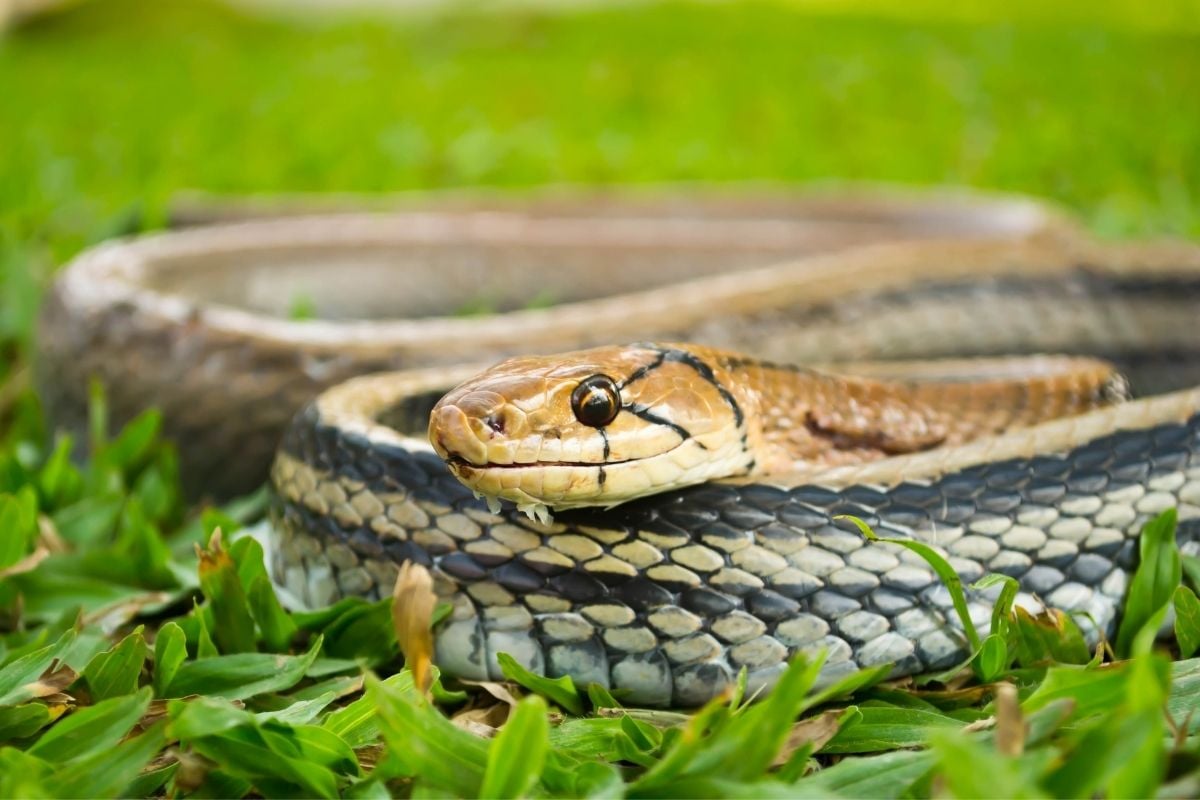 While it is unusual for a snake to bite more than once, it is possible and snakes do run out of venom. It can then take from a few days to some weeks to fully recharge their venom sacs. It is not always necessary for a snake to inject venom to kill its prey or to affect an escape.

They are more than capable of inflicting serious wounds just with their bite alone.

How Long Does it Take for a Snake to Replenish Its Venom?

The complex process of producing venom depends to a large degree on how healthy and well-fed the snake is. Younger snakes take longer to produce venom than older, more mature snakes. Adult rattlesnakes can, for instance, replenish their venom in a matter of days, whereas younger members of the species can take a week or more to produce their venom.

It is always best to assume that the snake has venom available rather than taking a chance and assuming that it has exhausted its supply.

Can a Snake Bite Twice? 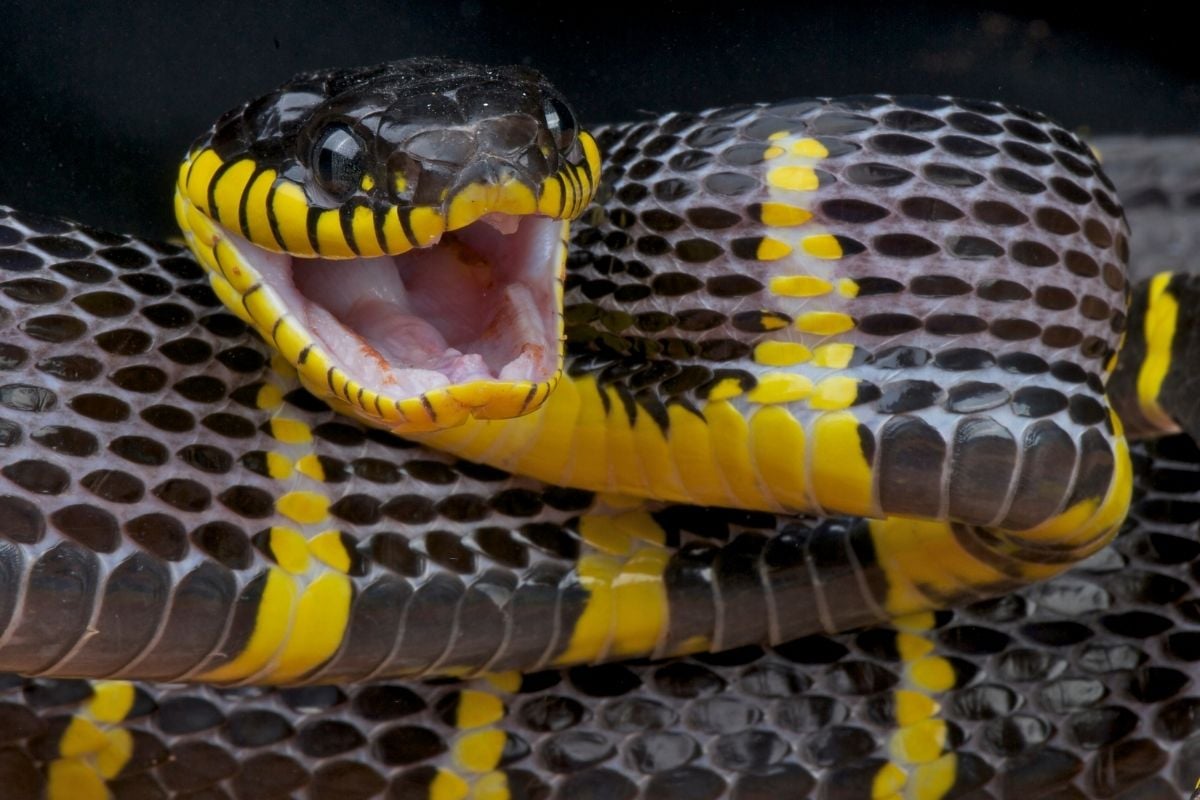 It is unusual for more than one envenomation to occur during the same attack. However, snakes are quite capable of biting more than once and some snakes, such as the mamba, make a habit of biting repeatedly to subdue their prey.

What is the Deadliest Snake in the United States? 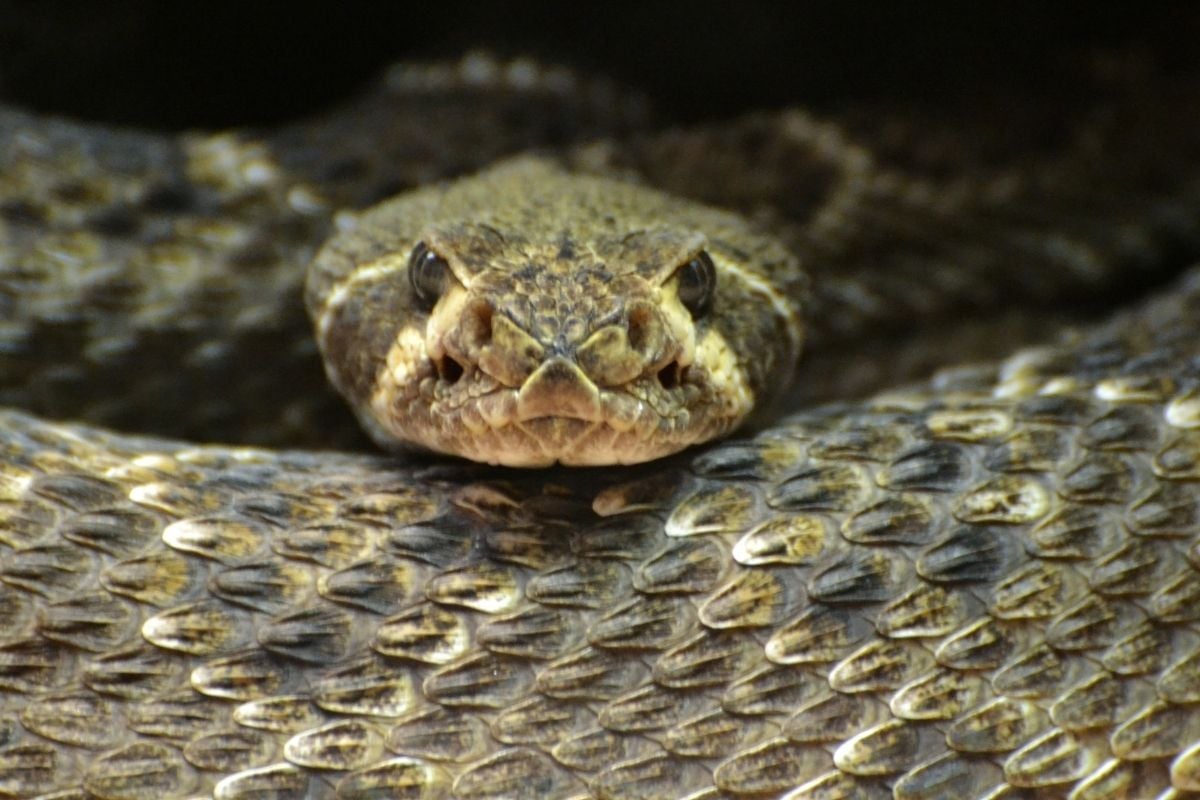 What Snake Bite Kills the Fastest?

There are about 2200 species of snake on the planet, of which about 600 are venomous. Of those 600 species, about 200 are considered dangerous to human beings by the World Health Organization.

Here are the planet’s most deadly snakes: 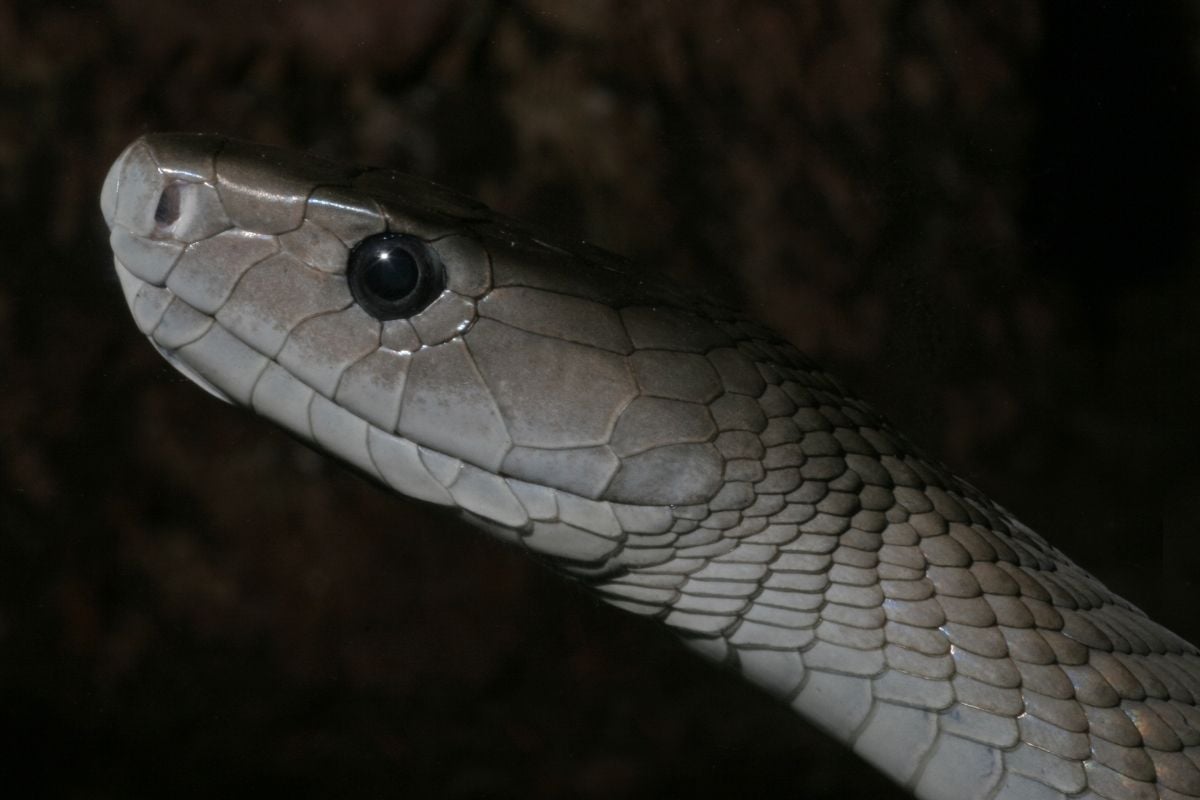 This is the quickest snake in the world, traveling at 5.5m or 12.5 miles per hour, it can kill a human in as little as 20 minutes with its neurotoxic venom. They are usually inclined to avoid human contact but will attack repeatedly if they feel threatened. 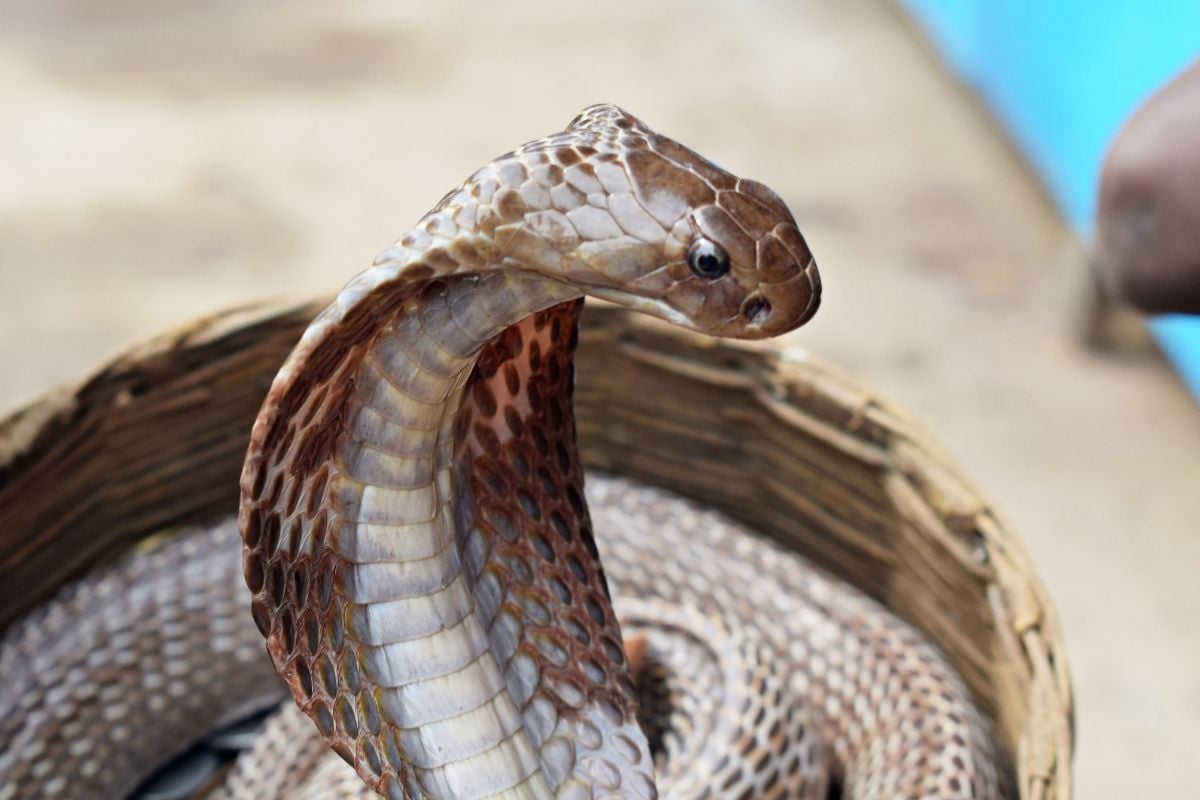 This 18-foot monster is the longest venomous snake in the world, with a neurotoxin that can bring down an elephant. Half the people it bites die from its attack and, as it is found in populous areas in India, it is often in contact with humans. They are much larger than their counterparts in Africa.

“Forest cobras are the largest cobras in Africa, reaching lengths of over 8 feet.” 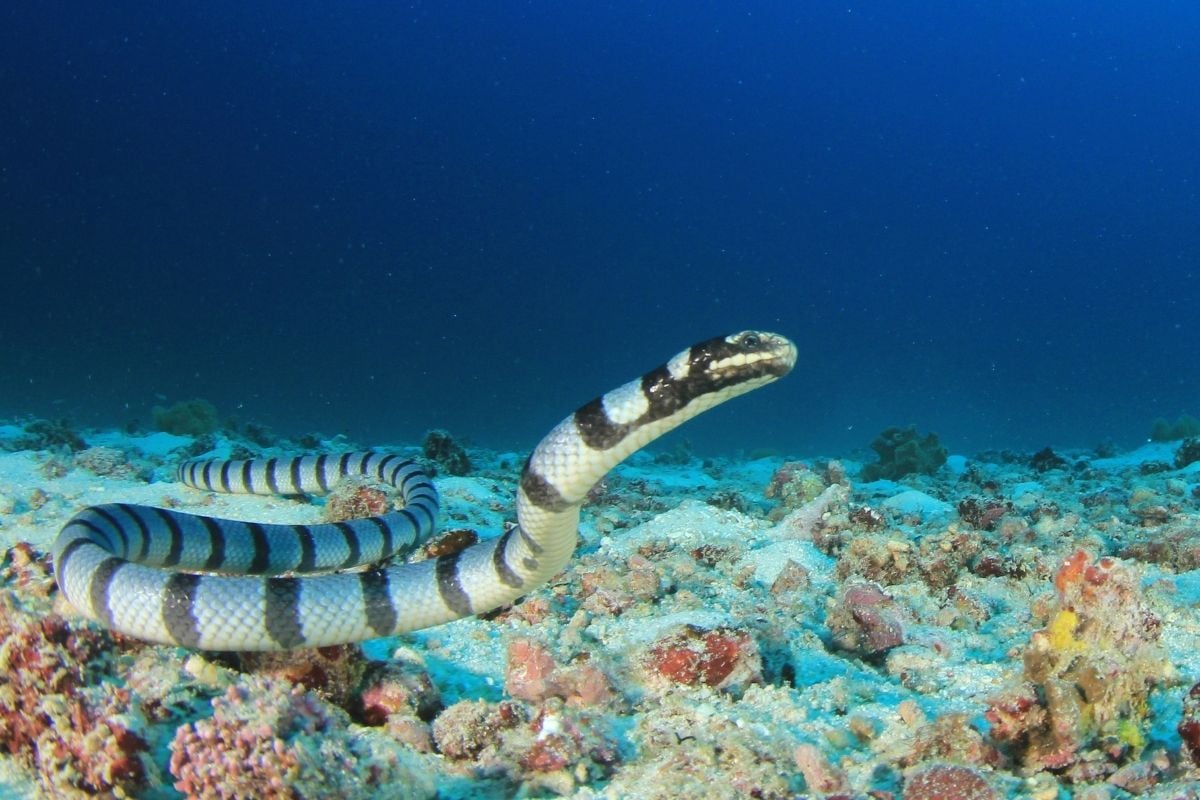 This sea snake is considered to be the deadliest in the world with a venom that is 100 times more toxic than the Taipan. Fortunately, it is found in remote parts of the Pacific and Indian oceans and doesn’t come into contact with humans much at all. 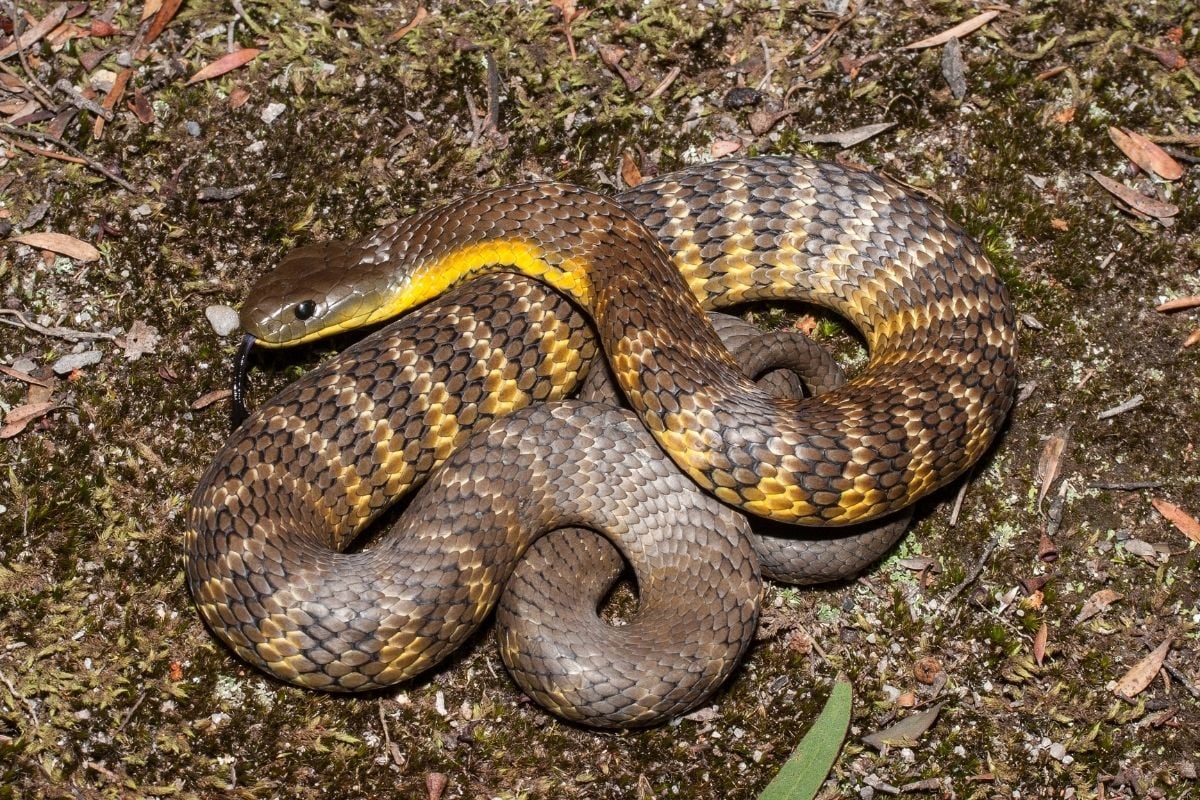 Australia is home to the Tiger Snake, which uses a deadly cocktail of venom to neutralize its prey. They vary in size as an evolutionary adaptation to the size of their prey. 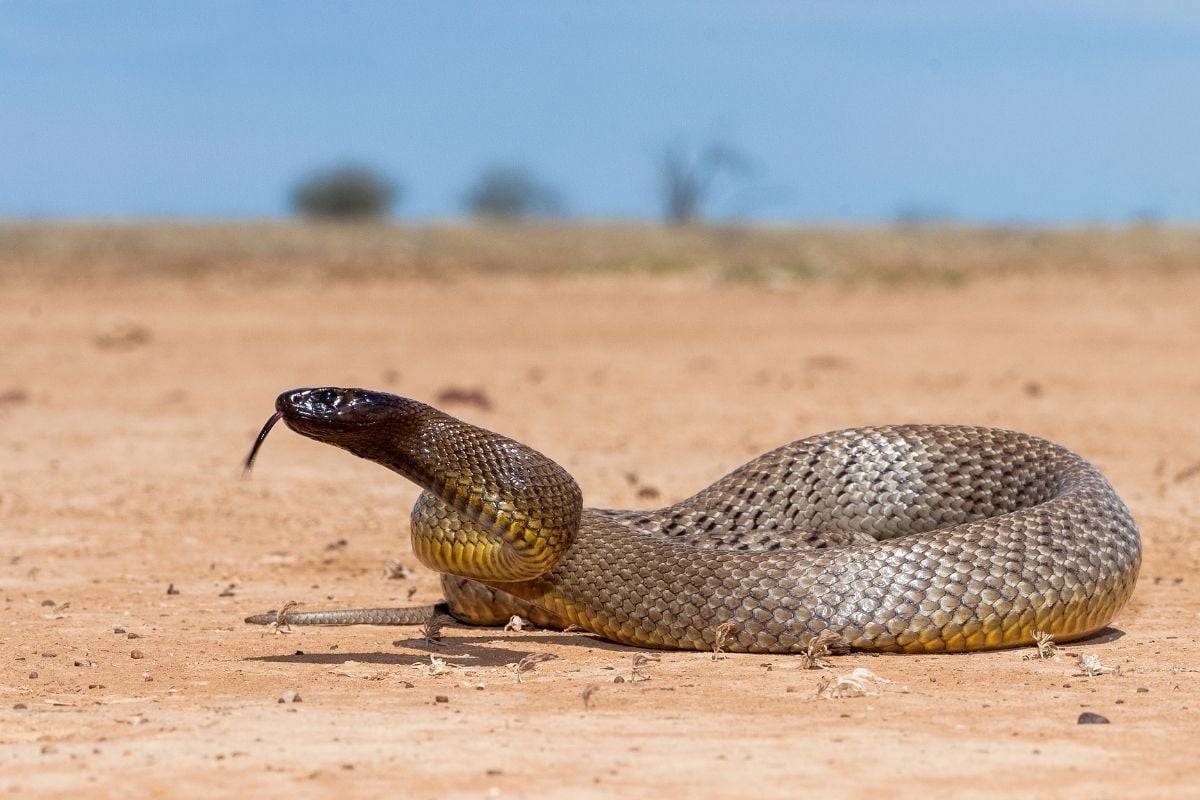 This is another snake that can kill a human in under an hour without treatment. Luckily, they are native to Australia’s remoter regions, where human contact is rare. 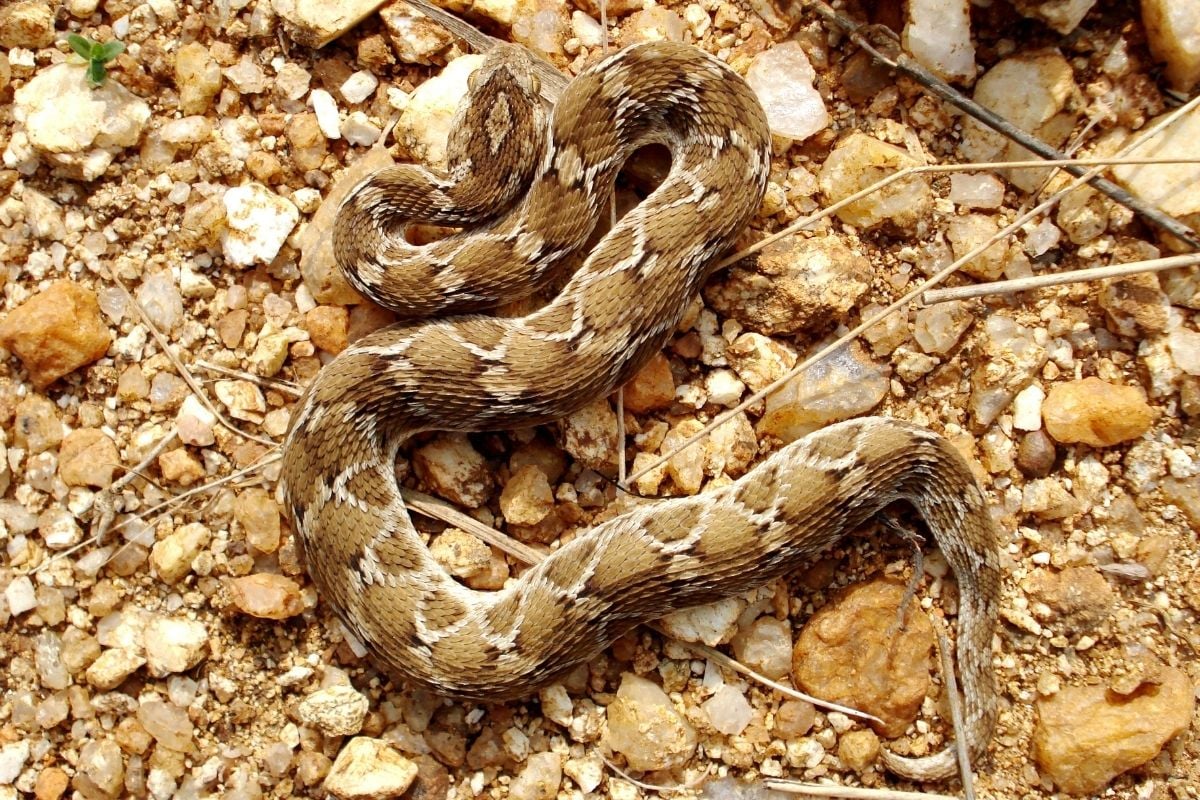 While this is not the most venomous snake, its close contact with human beings in parts of India and the Middle East results in many bites and fatalities. It is responsible for killing more humans than any other snake on the planet.

Can You Survive a Rattlesnake Bite Without Treatment? 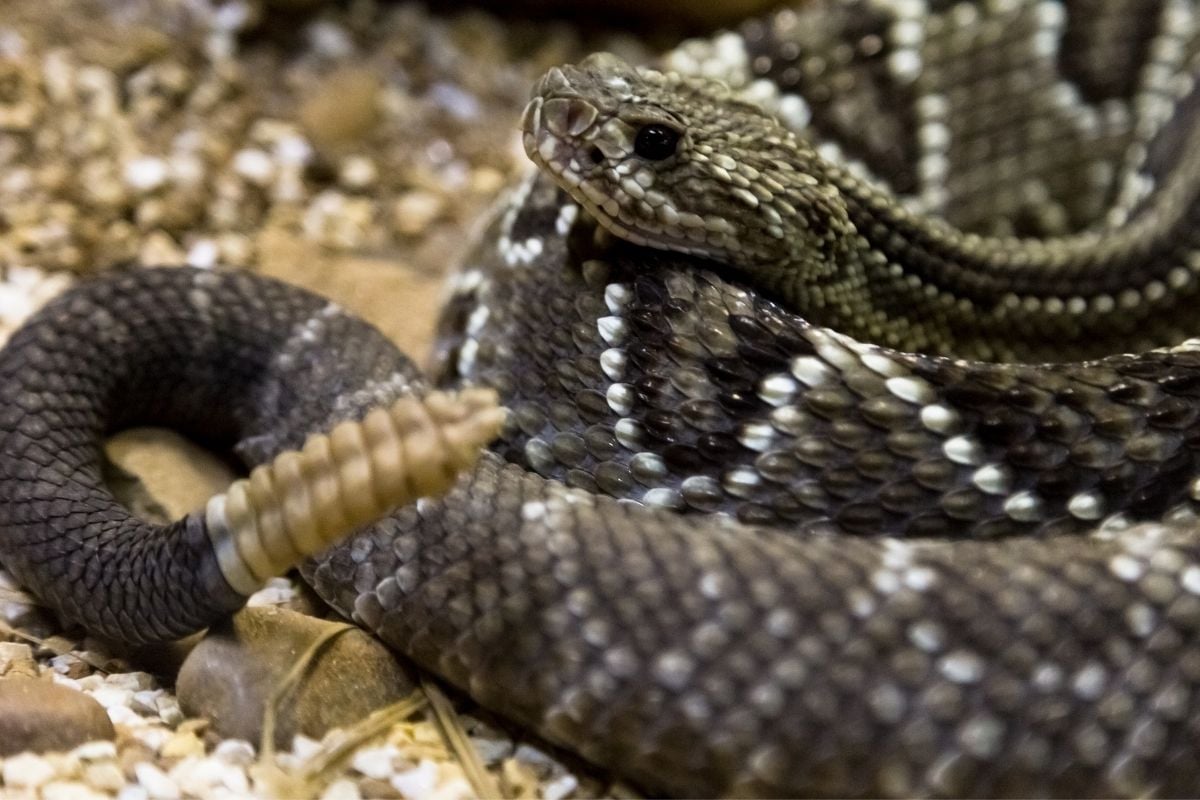 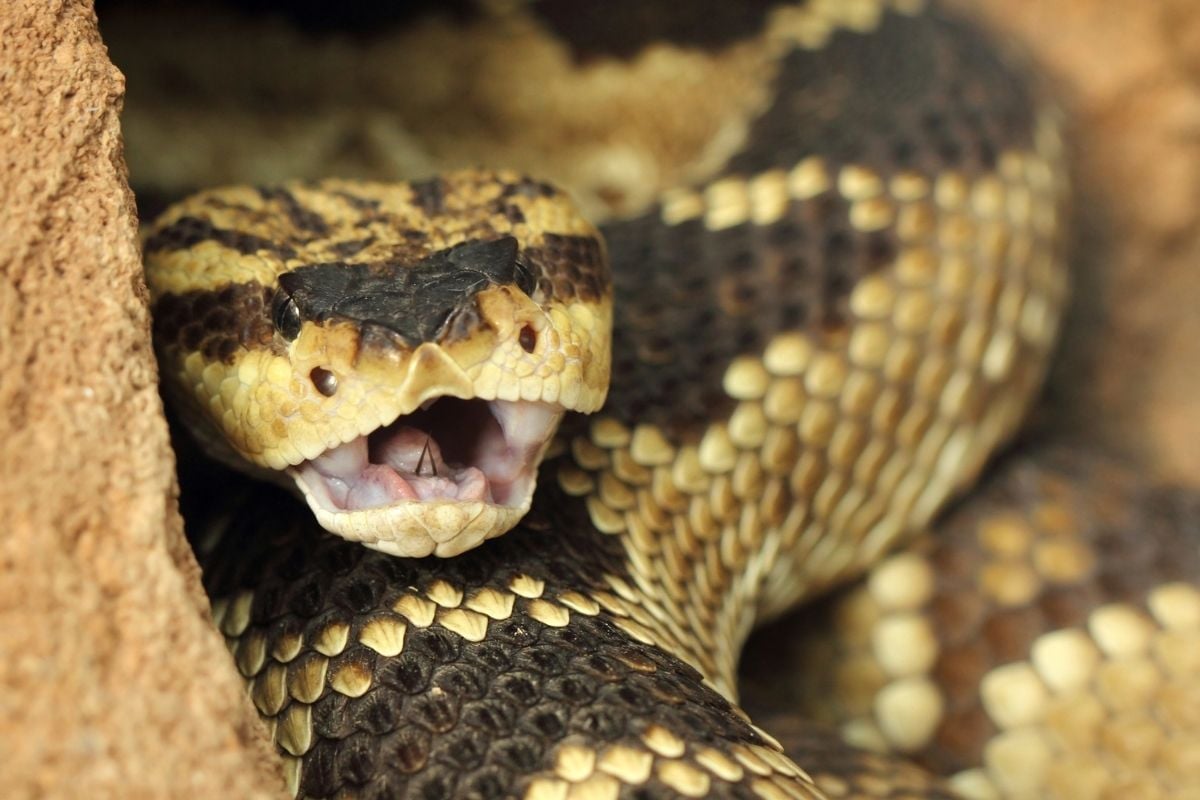 A rattlesnake will happily bite you more than once, so move at least 20 feet or more away if you’re bitten by one. The venom will cause your flesh to die within about 6 hours, so it is advisable to seek medical attention sooner rather than later.

What Not to Do if You’re Bitten by a Snake 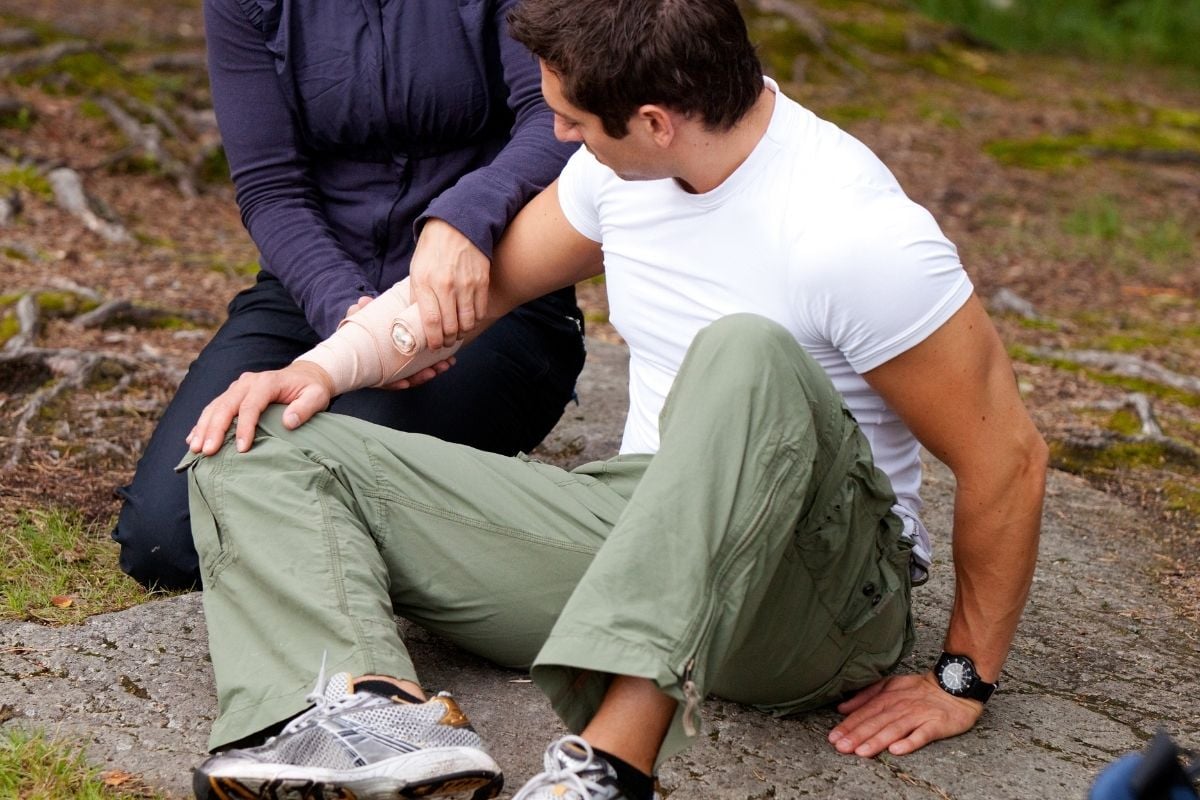 Being bitten by a snake need not be a life-or-death situation. Most snake bites are not too serious and if you’re strong and healthy, then it is unlikely that you will suffer more than a few hours of discomfort. However, young children and older people are more at risk and each snakebite should be treated as an emergency.

If you’re out in the bush, then you should follow these rules to avoid becoming a victim of a serious snake bite:

On the rare occasions that snakes do bite humans, they are more than capable of biting more than once but seldom do. In the case of the black mamba, you’ll have 20-30 minutes to receive treatment before dying, as they inject 10-12 times more venom than is needed to kill you.

Luckily, they’re restricted to parts of Africa, so you’re unlikely to meet one face to face.

Sources: How Do Snake Replenish their Venom?