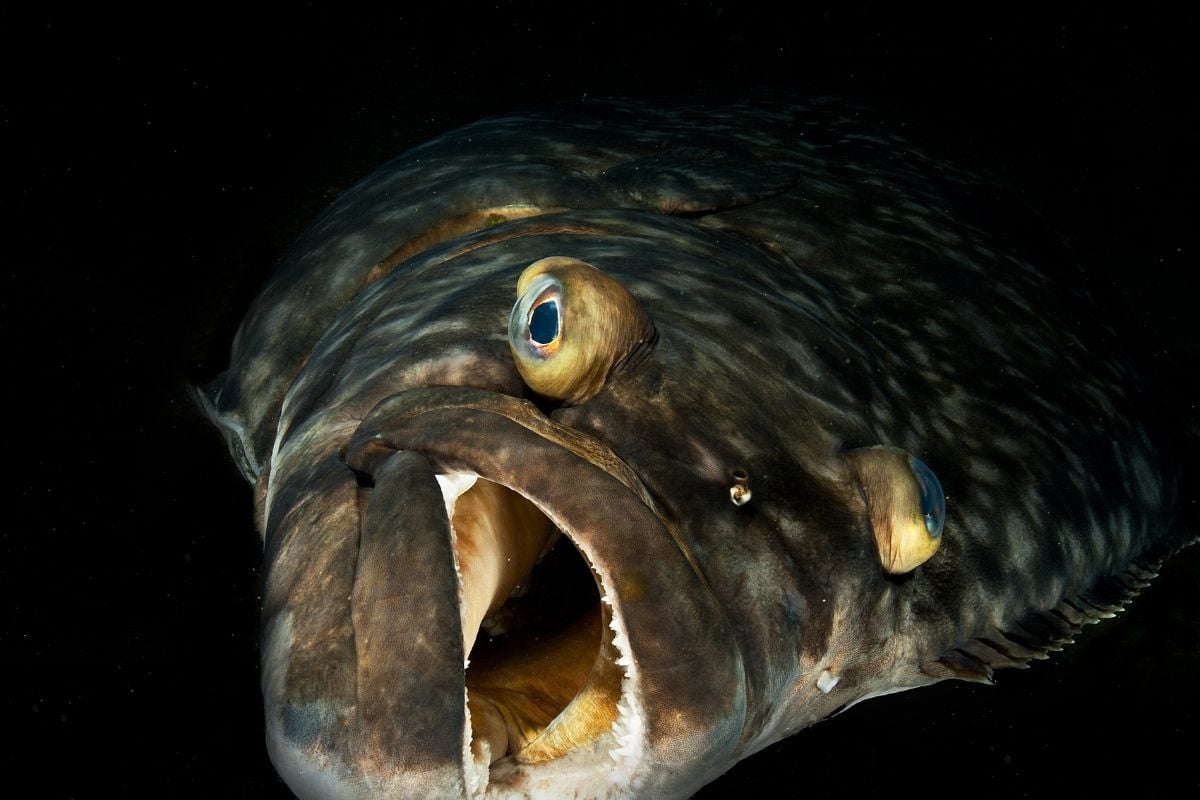 One of the most sought-after fish on the market is Halibut. This fish is found in the Northern Atlantic, but when it is caught and prepared in a dish, it is one of the highest fish options out there. If you are not able to get Halibut, consider some other fish similarities for a fishing trip or cooking.

Below are 15 fish that are similar to Halibut in location, type, and size. 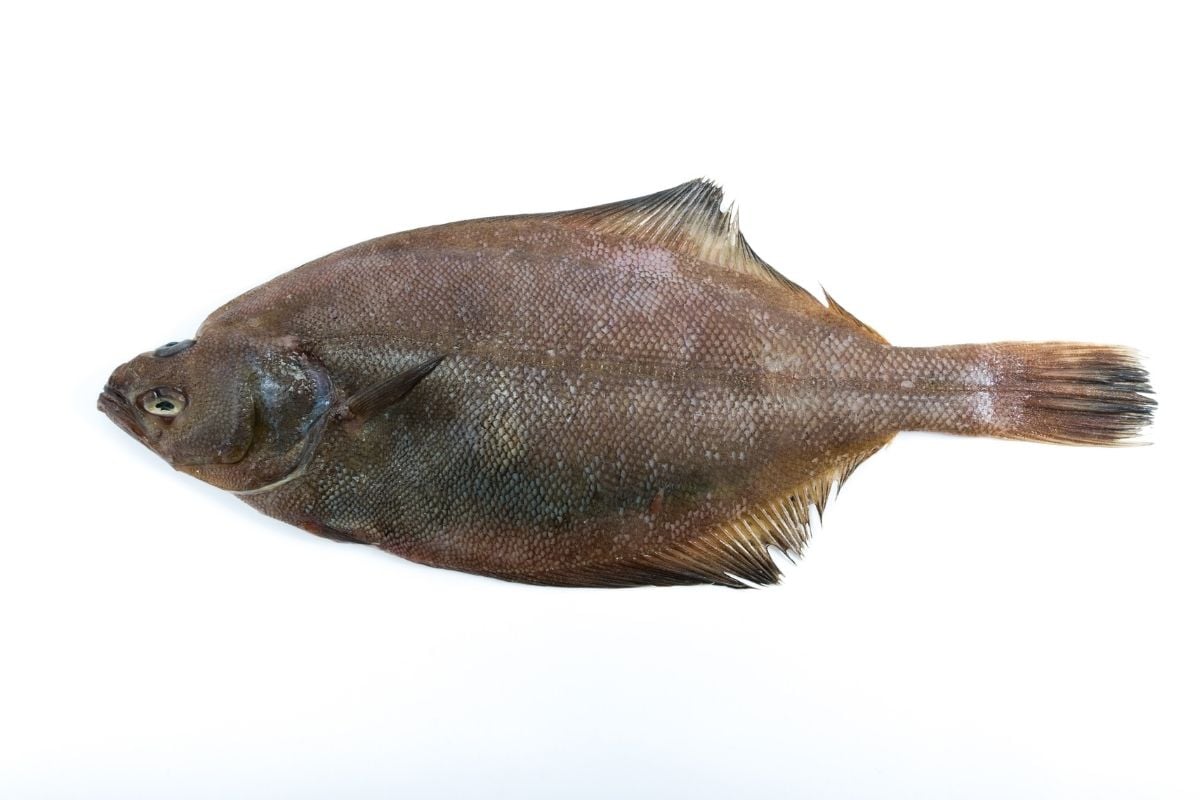 Like halibut, flounder is also considered a flatfish and has a similar texture. Flounder lives in both the Atlantic Ocean and the Pacific Ocean, preferring the warmer waters of these oceans. If you are trying to catch these fish, you need to be fishing closer to the ocean floor since that is where they like to reside.

Unique to the flounder is the fact that their eyes are on the same side of their body. They enjoy very meaty diets from grazing on the ocean floor. Flounder is probably the best substitute for halibut in dishes because they have similar textures. 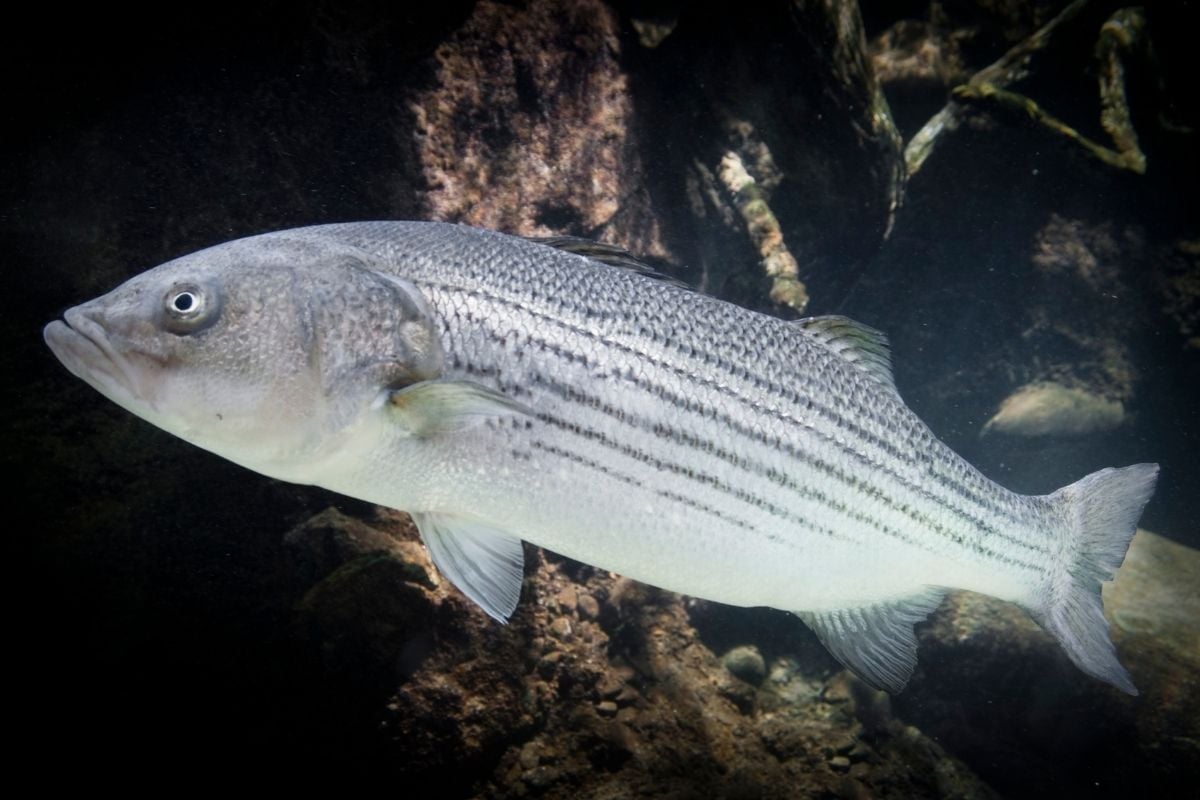 Found inland on the East Coast is the striped bass. This freshwater fish may be a bit different from the halibut, but it comes out to be a very tasty fish. It is long and slender like halibut and enjoys moderate-temperature water.

This is a big difference from the types of water that halibut thrive in regularly. The striped bass that lives in saltwater are known as rockfish and still enjoy moderate temperatures, with them being found in the middle of the ocean. These bass are larger than other breeds, getting as large as 6 feet. 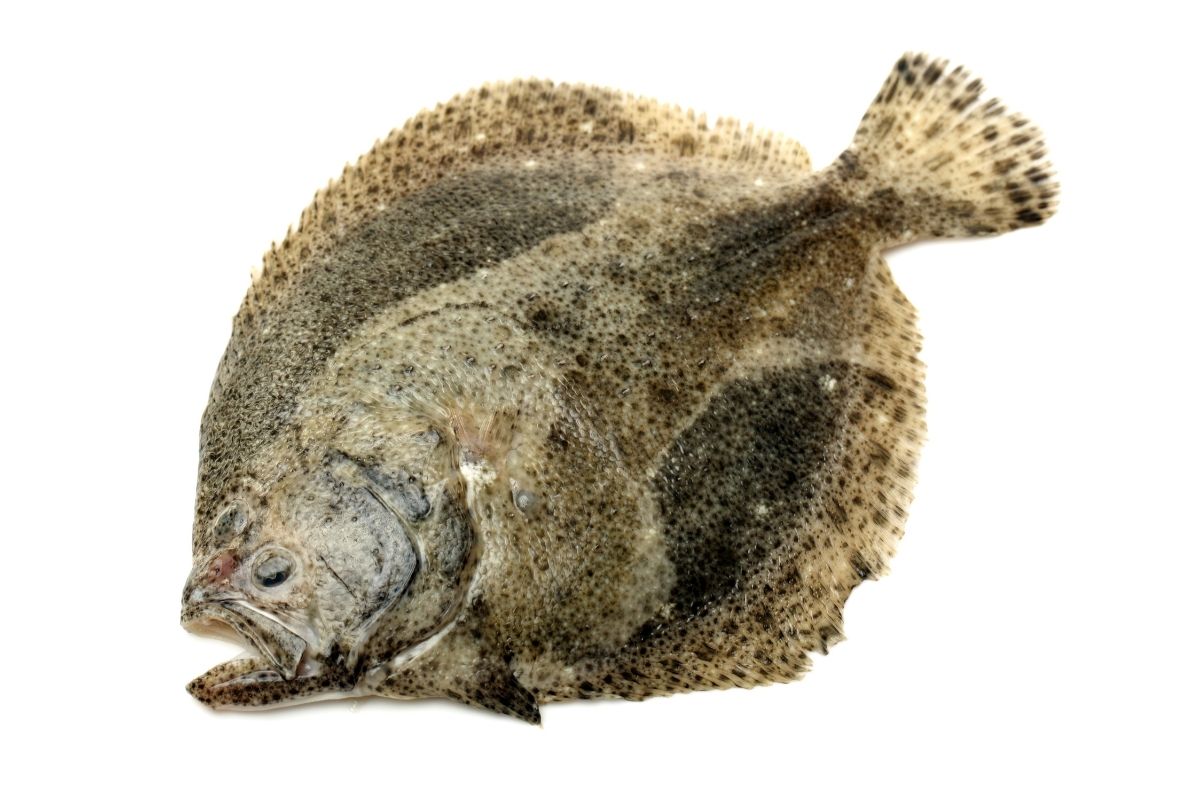 Another flatfish species is the Turbot. They are similar to halibut in their environment and species. They are native to waters in the Baltic Sea, Mediterranean, and the Northern Atlantic.

They can get as long as three feet and weigh as much as 50 pounds. They are bright white when they are cooked like halibut. The lifespan of this fish is around 10-12 years. 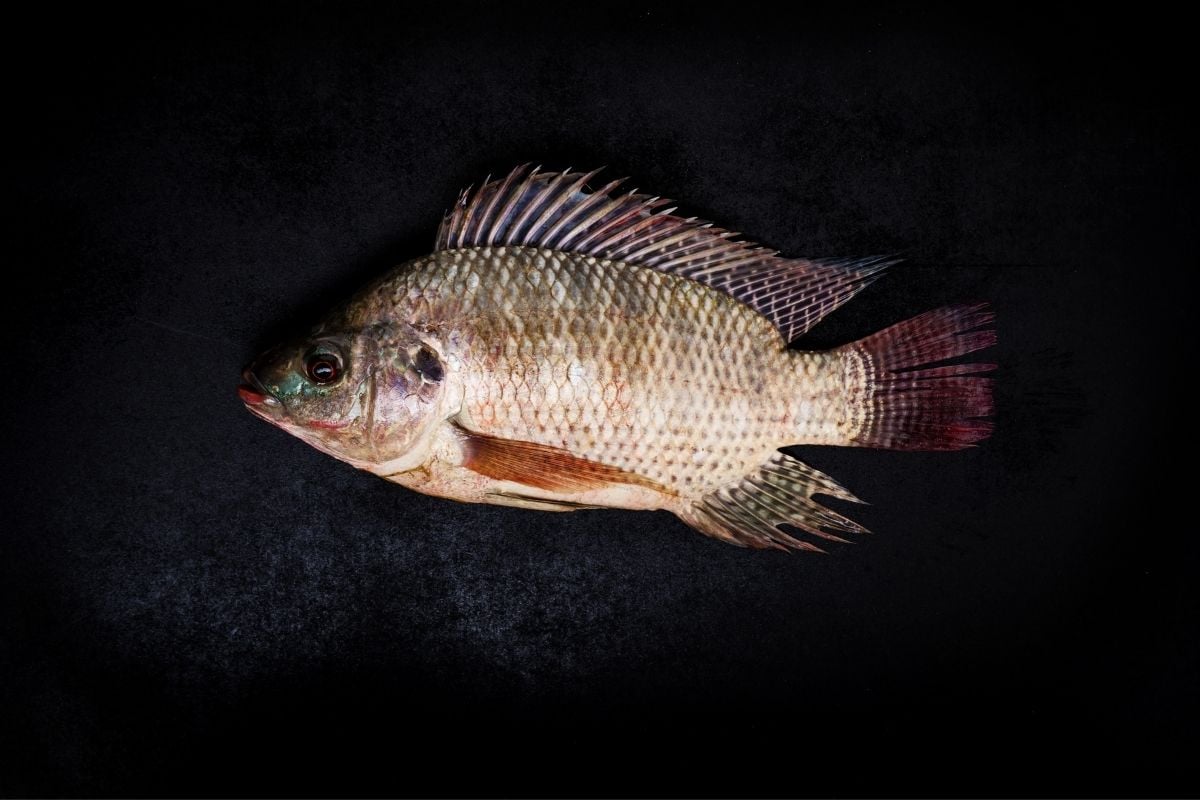 When it is swimming in the ocean, the Tilapia fish is full of bright and vibrant colors. This fish can be either freshwater or saltwater. Because they grow quickly and reproduce just as fast, they are now commercially farmed as a food source.

They do navigate to the warmer waters and have the ability to become invasive if they are not controlled. Tilapia’s diet consists of algae, as they are great for aquariums because of their ability to clean them naturally. Like the halibut, Tilapia is a fish favorite among consumers and can be used as a substitute. 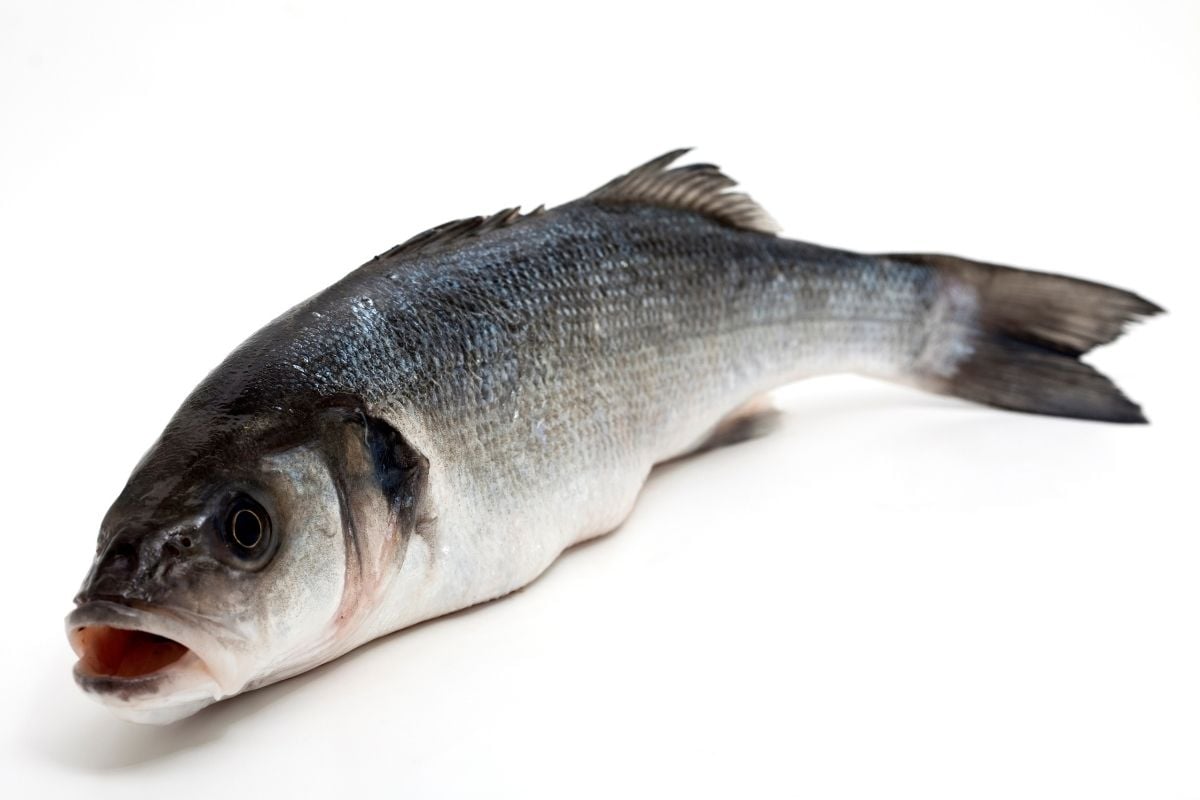 Found in the lower part of the Pacific Ocean is the Chilean Sea Bass navigating moderate to colder temperatures. It shares its appreciation for colder water with the halibut, just on a different side of the world. Chilean sea bass has a flat head like the halibut, but they are not full flatfish.

They can get much longer than the halibut at 85 inches in some cases and weigh several hundred pounds. Like the halibut, they do eat smaller fish, shrimp, and crab in the ocean. 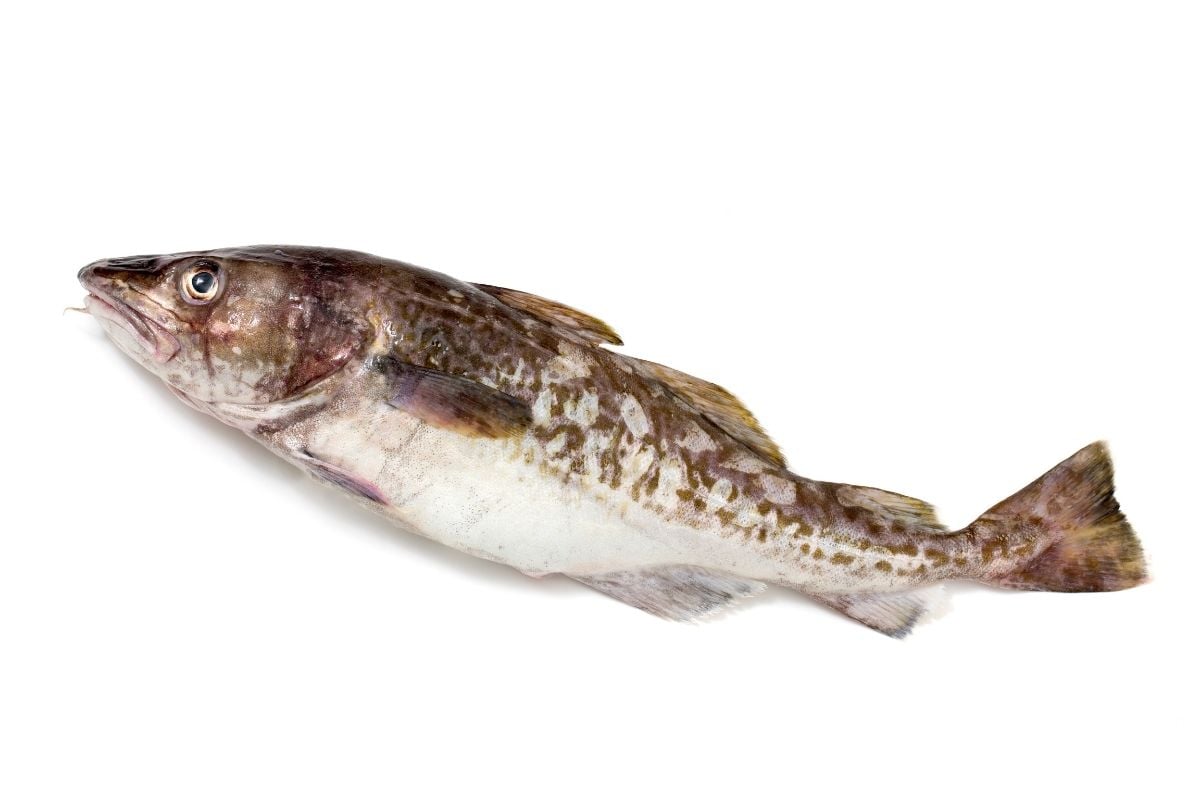 It is one of the smaller fish similarities, with the larger ones being around 20 pounds and have been known to live over 20 years in some cases. Many of these fish do not survive to pass the spawning cycle but those who do will reach maturity in size around four years of age. 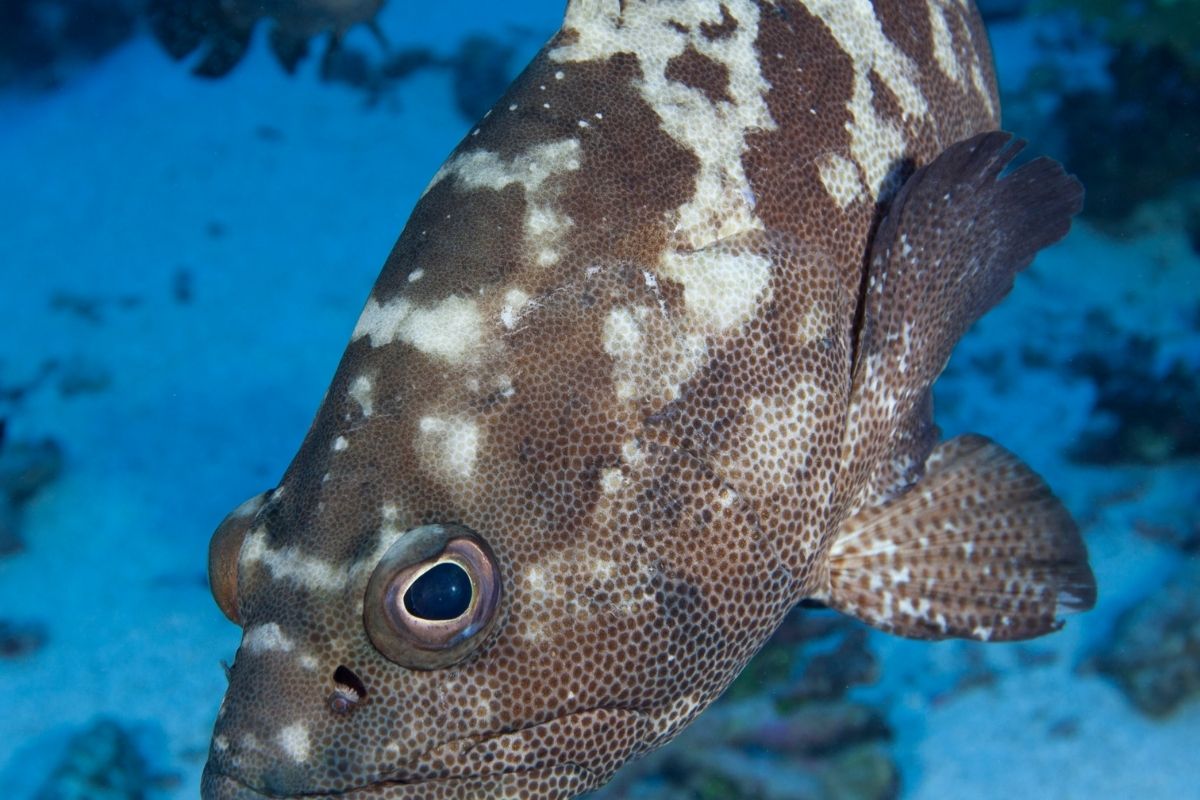 They are also a large fish, with many reporting some grouper being reeled in above 600 pounds. They are found in the Asian waters and around Australia, meaning they like warmer water than halibut. However, they do tend to keep a similar diet to the halibut, enjoying smaller ocean prey as they are omnivores. 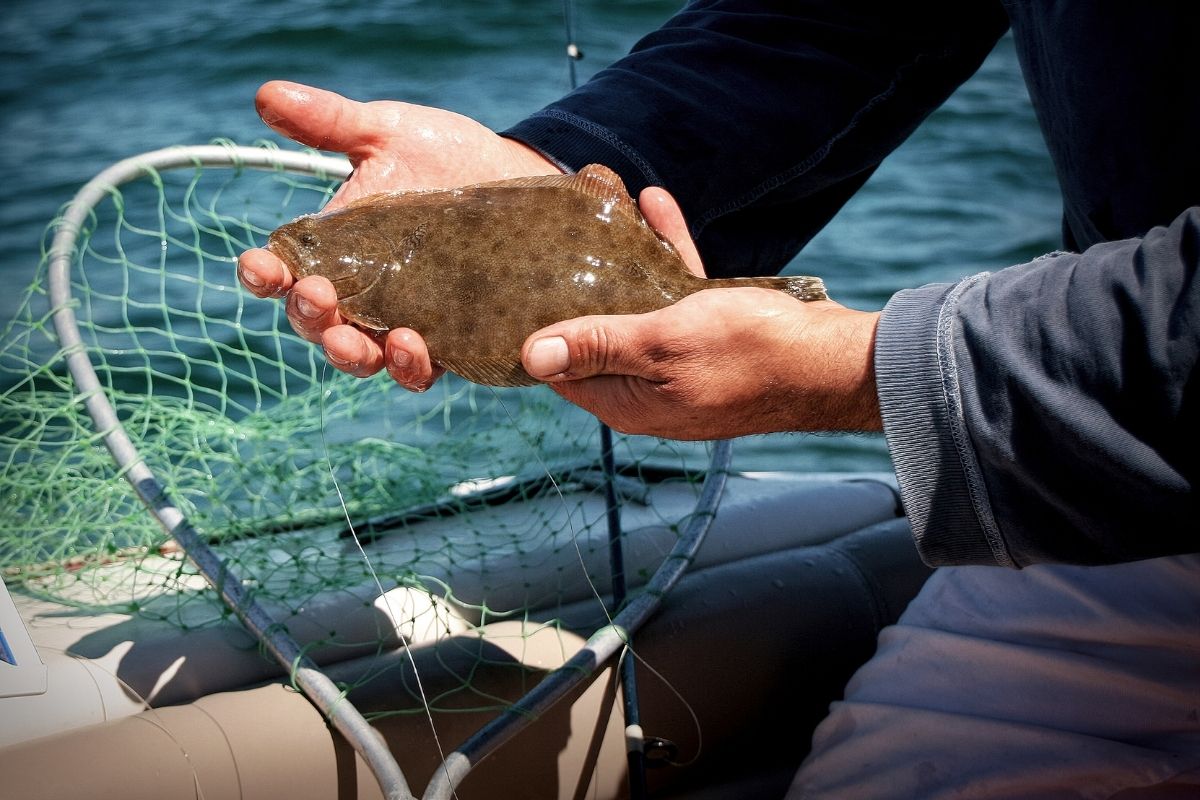 Swimming in the same waters at Halibut is the fluke. It is another flatfish-like flounder. It is darker and spends its winters deep in the ocean water.

During the spawning season, they travel to more shallow waters like halibut expecting to spawn and generate that reproduction process. What is different about the fluke and the halibut is that the fluke has been known to travel as far south as Florida, especially in the summer months after spawning is over. Like halibut, fluke is becoming another type of fish that is being farmed commercially. 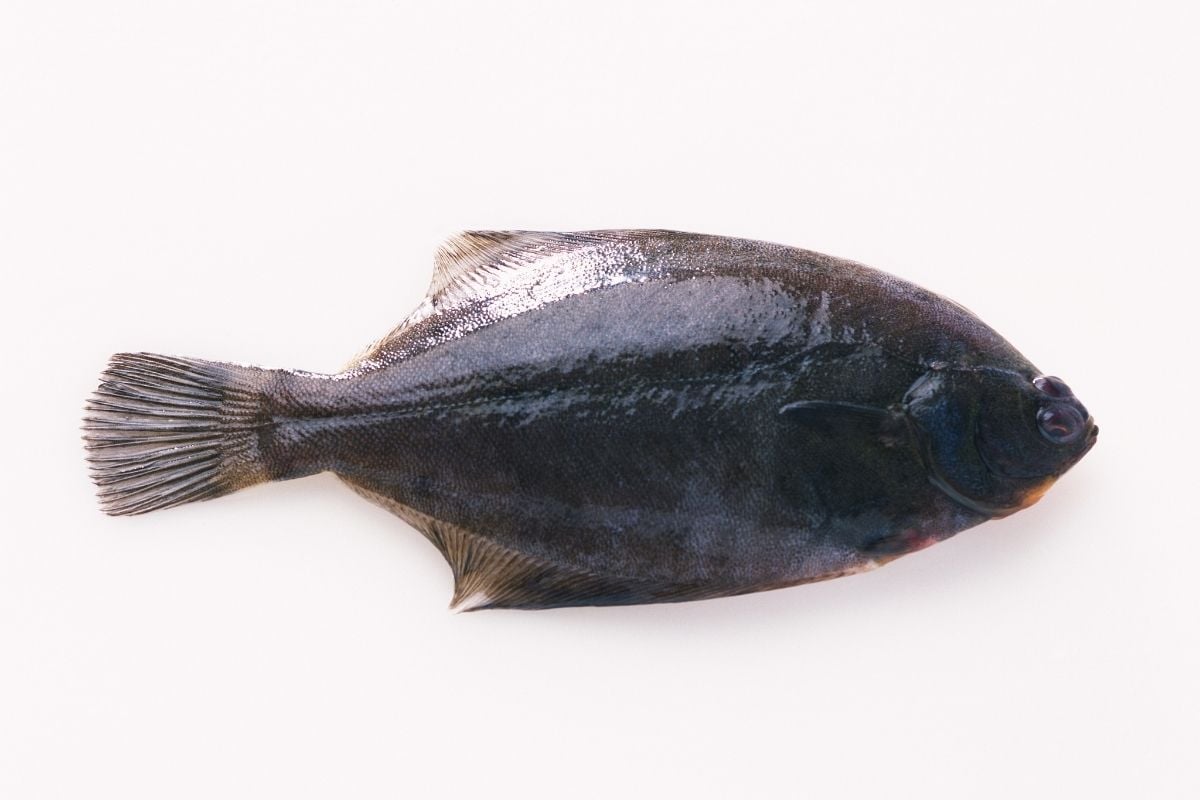 Another flatfish that is home to both freshwater and saltwater deposits is the Sole. This fish is native to Europe but is similar to Halibut in looks, texture, and size. This fish can be found lurking at the bottom of the water, feeding off of small invertebrate insects and shrimp along the bottom.

A sole lives to be around 5 years old at the best, and they feed at night when the water is at its darkest. Compared to halibut and other fish that are similar, the sole fish is one of the smaller comparisons on the list. They do not get any larger than 16 inches in most cases. 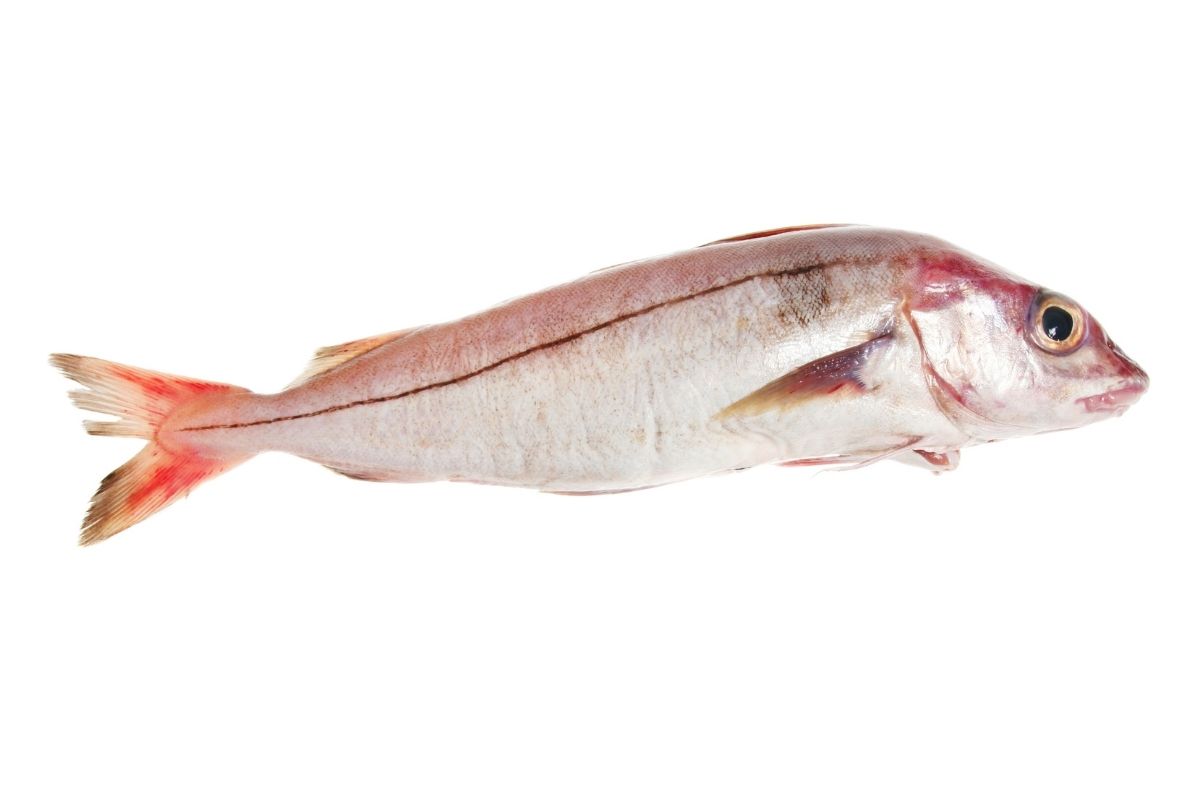 A cousin to the cod fish, the haddock does share similarities with halibut. Haddock is found in the northern Atlantic waters, mostly on the side of the Americas but they are also found in European waters along the British Channel. You can find haddock in areas that are very rocky in the Atlantic and where there is an abundance of shells.

They do thrive off of smaller ocean life, enjoying larvae, crustaceans, and other small prey in their diet. The haddock can get as large as 25 points and be as long as three feet. 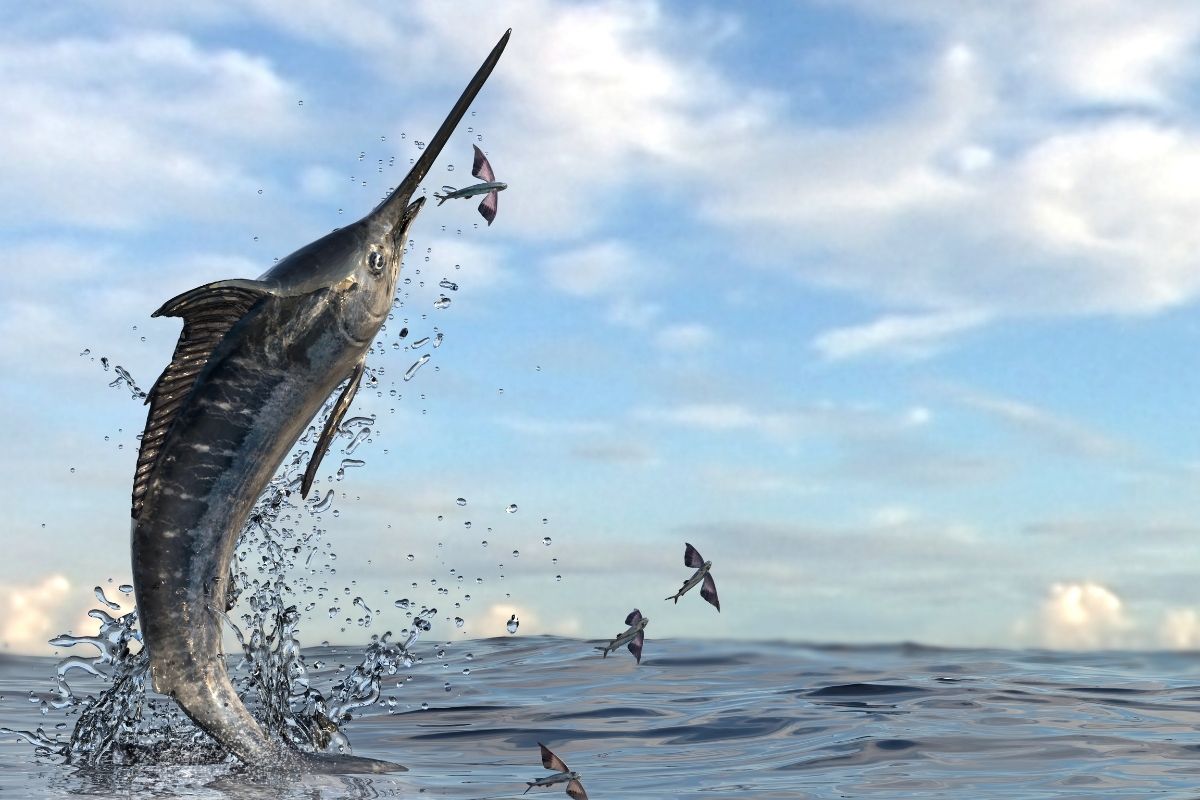 While they are not flatfish, swordfish and halibut share the fact that they are heavily fished and even farmed in some places. Swordfish have the potential to be large fish and can take on larger prey with their “sword” feature extending out of their face. They are meaty like halibut and they are found in several oceans.

One big difference between halibut and swordfish is the temperature preference in the water. While swordfish can survive in cold water, they do not prefer to and will seek out warmer water any time they can. 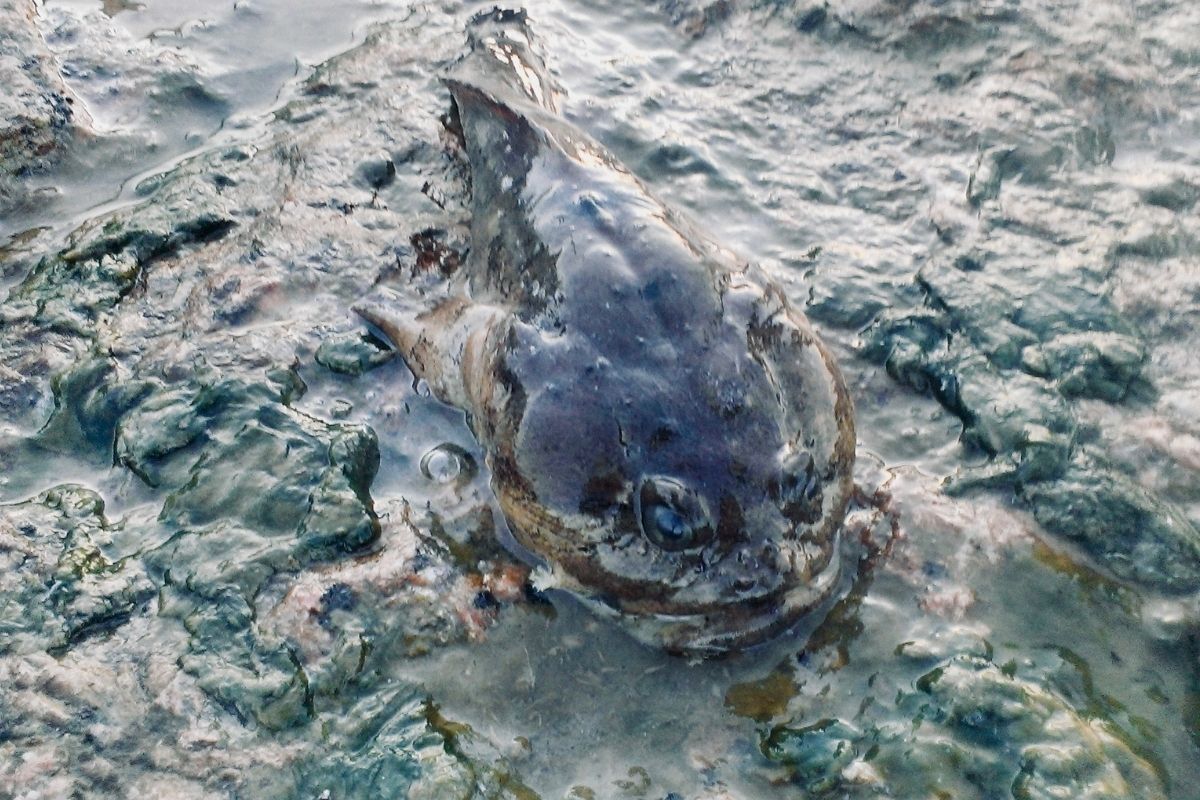 Dogfish is not necessarily a fish but a type of shark. There are some similarities between the dogfish and the halibut, as they both enjoy the cold saltwater. It is here that the dogfish and halibut can compete for food since they are both carnivores.

Halibut should be careful of dogfish, as they will consume smaller fish and young halibut are not out of the question. They have a similar lifespan to halibut, and they are used as a substitution dish sometimes in the place of halibut. 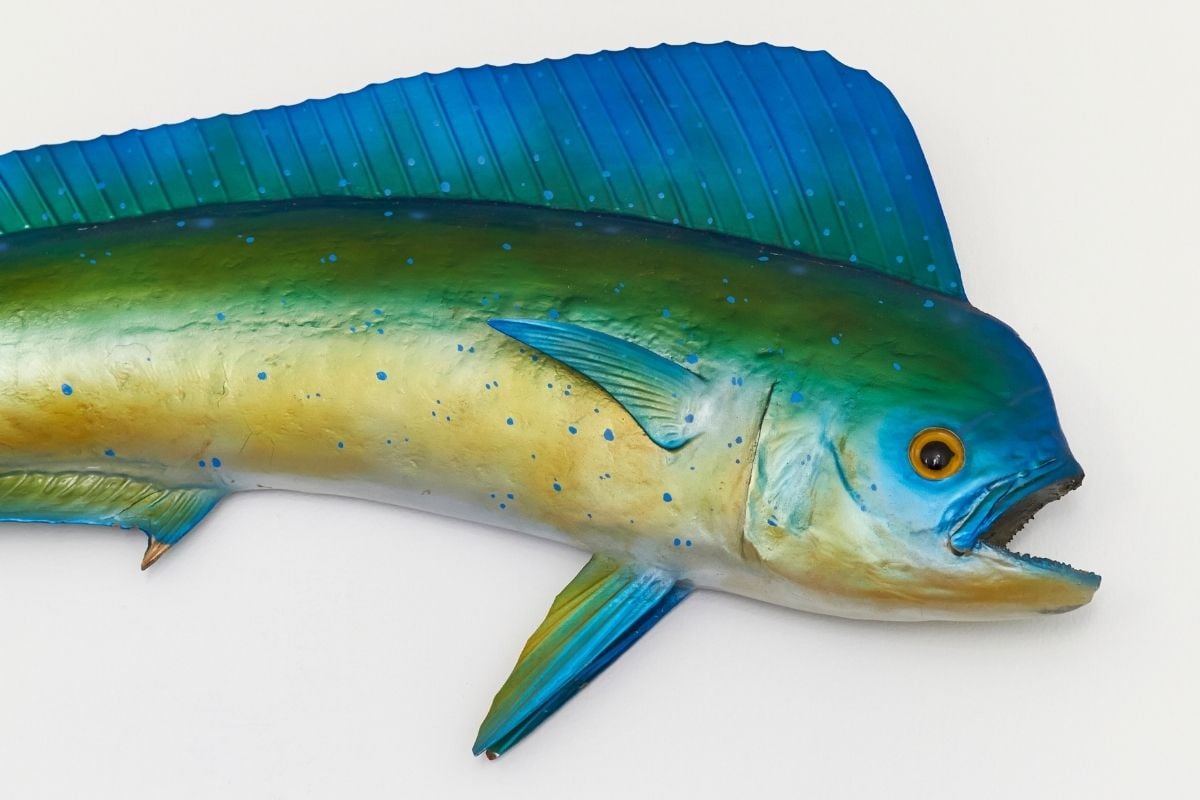 Hanging around the surface in tropical water temperatures is the Mahi Mahi fish. While they do not share the love of cold water with Halibut, they do share a diet of smaller fish which they are not having to compete for with each other. Mahi Mahi and halibut are both commercially farmed fish in today’s market and they are used interchangeably in dishes.

Mahi mahi grows fast like halibut and has bright colors reflecting on their scales. Both of these fish are preferred fish for recreational hunting in their respective areas. 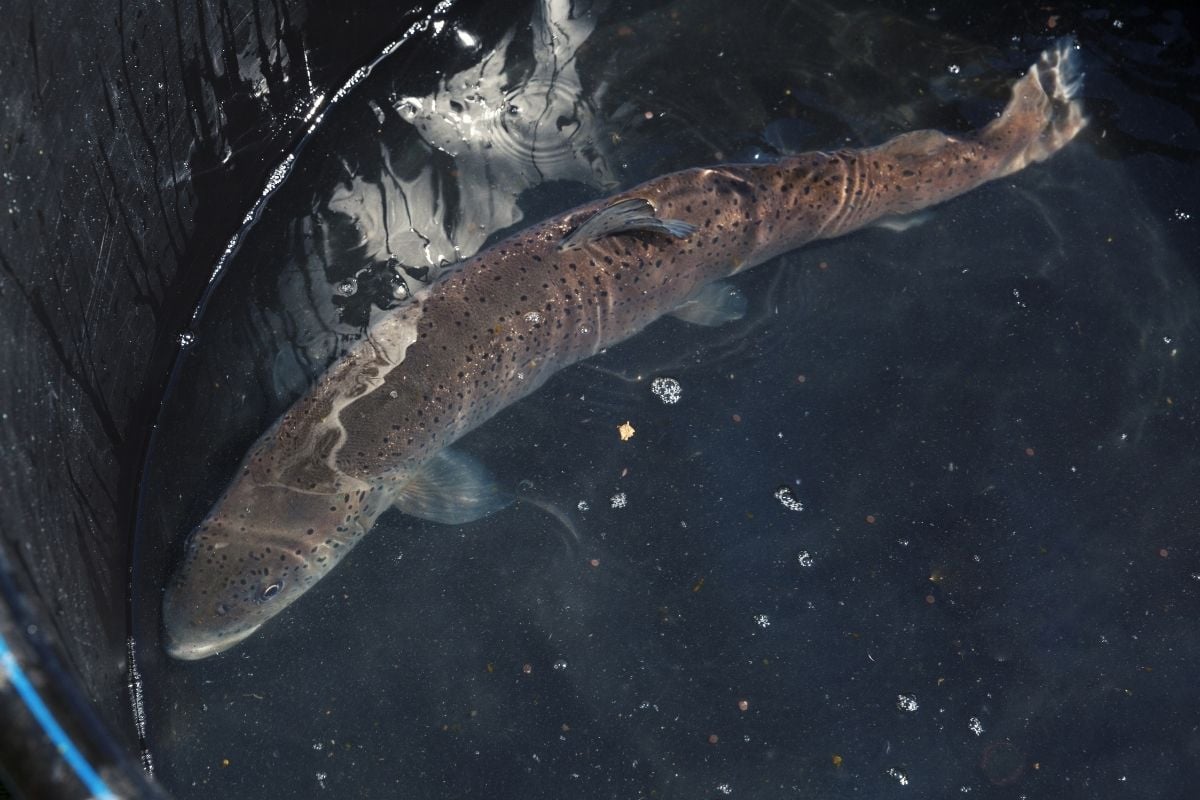 One of the meatiest and oiliest fish is salmon. While salmon and halibut look completely different, they both enjoy the cold temperatures of the North Atlantic. Salmon also find a home in the northern Pacific with Halibut.

Without much competition, both of these fish have the ability to overpopulate and become great resources for food. Salmon is not as lean of a fish as halibut, making it more likely to get larger and be used for commercial farming. Both of these fish are found in Alaska and are great for fishing, so keep that in mind on your next fishing trip.

Salmon can get as long as 4 feet and weigh over 100 pounds. 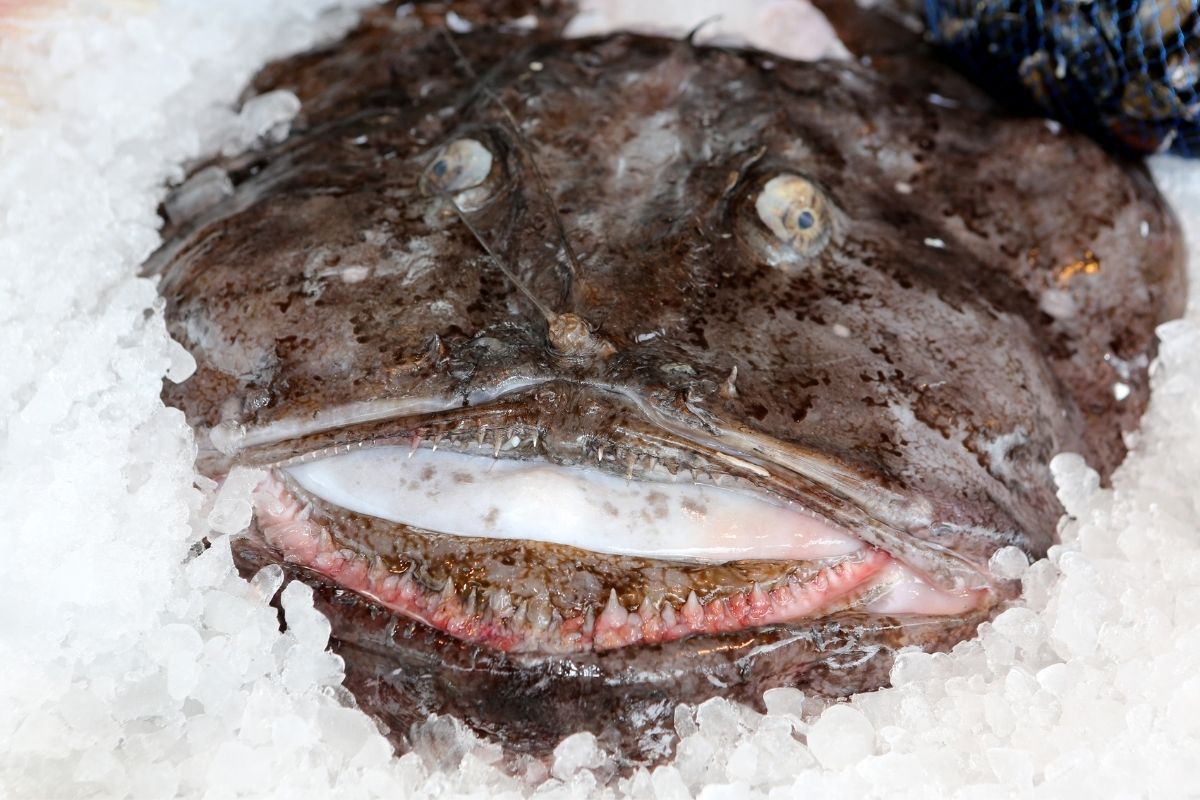 With a head that is flat, there are some physical similarities to the Halibut and the Monkfish. The way the head lays for the monkfish, however, gives the mouth a large opening for prey. Found on European coasts, the Monkfish enjoys moderate water temperatures and more shallow waters than the halibut.

They both, however, take advantage of colder waters in the winter, only coming up when they are ready to spawn. Like the halibut, their spawning takes place in the spring, and they can get as long as five feet in length. It is important to note that they do enjoy smaller fish for prey, and they have been known to consume a fish that is similar to them in size.

Below are some of the most asked questions regarding Halibut and their livelihood.

How old can a Halibut fish be?

While some fish in the ocean live to only be a few years old, this is not the case for the halibut. They have been known ot live up to 20 years old. In many cases, the lifespan of a halibut is around 10 years old if they live in the ocean their entire life.

The longer life spans are usually related to those in an aquarium where they are monitored and fed a strict diet.

When it comes to maturity and growth rates, you may be surprised to find out that they all do not grow at the same rate. In fact, females grow very quickly compared to males. For example, a full-grown male that has met maturity could be the same size as a female halibut that is still growing and has not met maturity.

What exactly is Halibut eating in the cold ocean waters?

Considering the halibut is an omnivore and enjoys meat, understand that they do eat smaller fish. They will eat some fish that are similar to them, like cod and flounder if they are smaller. They are not commonly seeking large fish simply because their mouth cannot hold them.

However, they will eat any fish that is smaller than them and live in these cold waters. They also enjoy crabs, octopi, and even other halibut that is smaller and easy to eat.