Wolverines don’t hibernate during the winter because they’ve adaptive features to survive in extreme conditions. They find habitation out of the wind and cold during spring and winter. Wolverines’ fur is dark, thick, and oily, enabling them to withstand water and frost.

Moreover, they can walk on top of the snow, so they don’t hibernate. Their feet are short and have large, five-toed claws and paws. Also, their plantigrade posture enables them to walk on their soles.

They can easily climb up and over trees, cliffs, and snow-covered peaks.

What Is the Taxonomic Classification of the Wolverine? 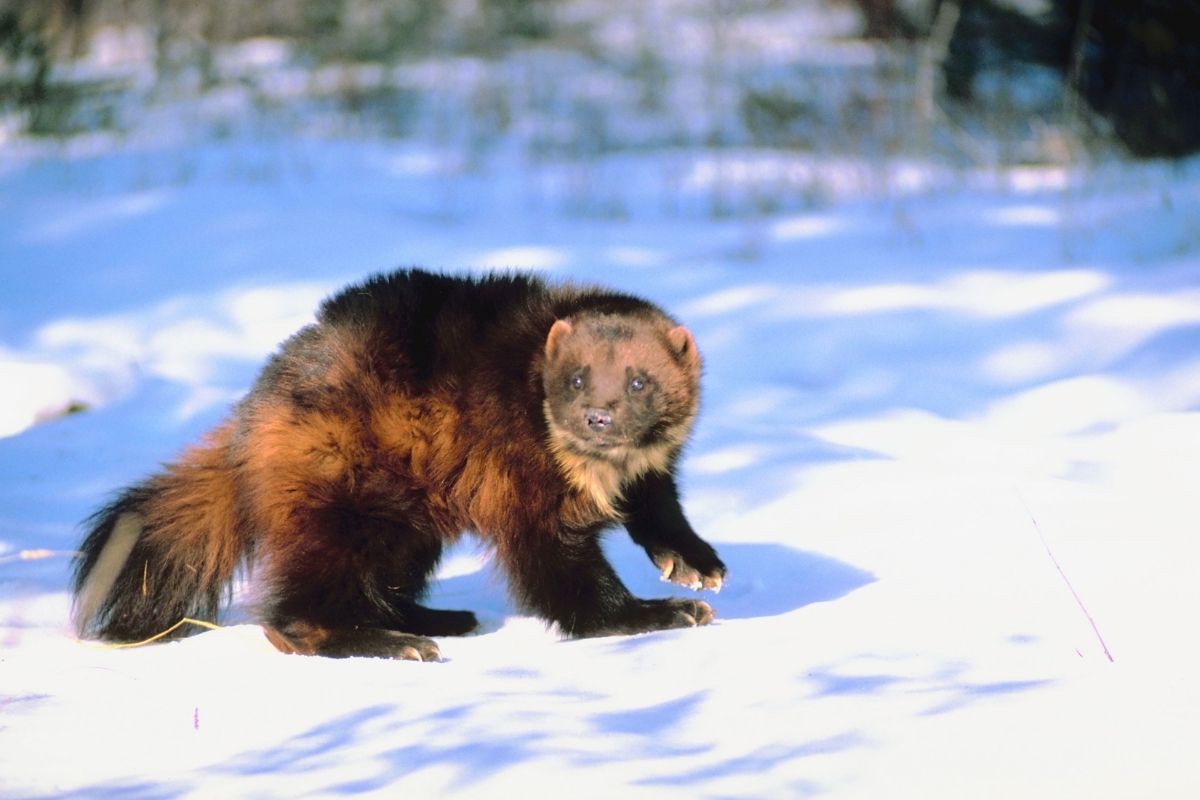 Wolverines are widely classified into: 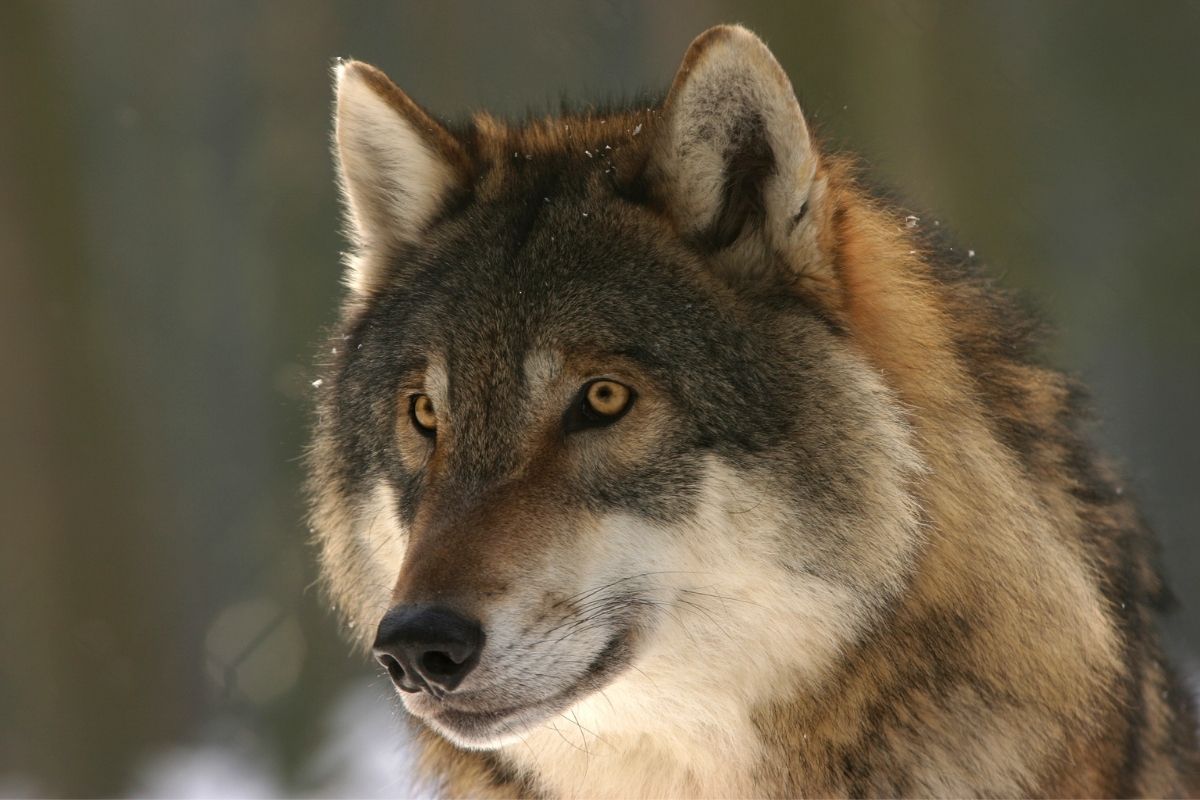 Wolverines are killed by bears, coyotes, wolves, and humans for meat and valuable fur. Wolverine is a fierce predator but has natural enemies, too. Humans are the primary cause of wolverines’ extinction.

They’ve continued to encroach upon their habitat and killed them for their valuable fur or sport.

Wolverines eat both meat and veggies. They typically feed on large game such as mountain goats, moose, and caribou; smaller animals like rodents and squirrels. They might travel over 24 kilometers daily searching for meat and can eat dead animals they didn’t kill.

Wolverines have a higher sense of smell as they can smell prey 25 feet under the snow. They can dig down into the snow and kill hibernating prey. Also, they’re sneaky when searching for food.

Wolverines have strong teeth and jaws to help them crush a carcass and munch it. They’re known to eat both the teeth and bones of their prey. Moreover, wolverines are good at storing food.

They use snow as refrigerators to keep their food fresh. Later, they’ll return to their stockpiles and retrieve food when there is scarcity.

Wolverines mostly live in colder areas where they make tunnels/dens out of snow. They live in grasslands, taiga, alpine forests, and the Arctic and subarctic. Also, you can find them in the boreal forests of North America.

In North America, they’re primarily found in large numbers in Alaska and Northern Canada. Wolverines use their claws to dig a tunnel or a den where they sleep at night. They can use these dens to store food for later, too.

Wolverines are polygamous. The male meet several females from late April to mid-August. After that, the females have to create tunnels to hide their young ones. These hideouts are caves dug in the burrows and are about 20 feet deep.

Females can give birth to about three young ones annually, particularly during winter or spring. Most young ones are born from February to mid-March. Young wolverines are called kits and are born covered in white, beautiful fur.

They’re born with their eyes closed, too. Females handle the bulk of raising the young ones while males visit from time to time. Moreover, kits stay around their mothers until they’re ready to bring forth their kits.

Usually, they reproduce at about two years old. According to The Wolverine Foundation, kits usually leave their mothers by September. Also, wolverines live for about seven to 13 years.

Can Wolverines Hunt From Trees? 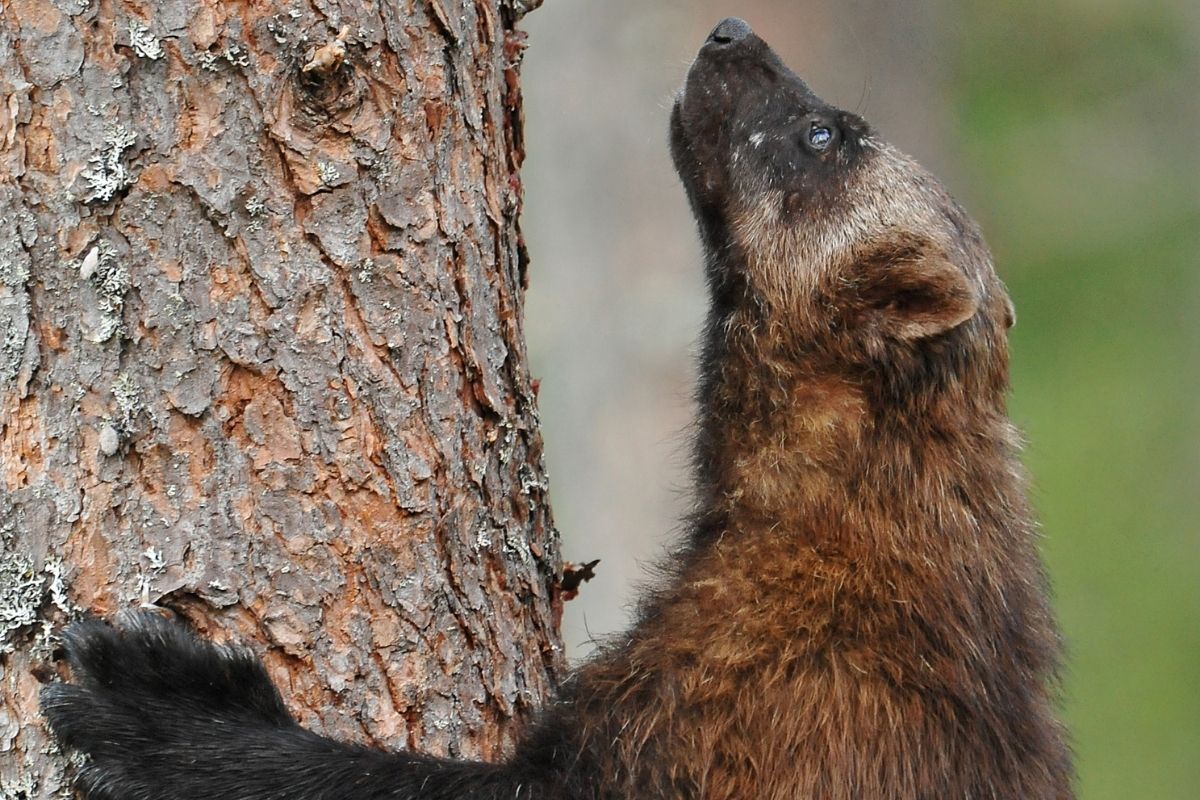 Wolverines are expert climbers because they’ve perfectly adapted to their forest habitat. They’ve strong paws and claws that make them expert climbers. They can climb trees and hide on branches for passing prey.

They’re occasionally spotted jumping from great heights to pounce on their prey, attacking and killing them instantly, without being seen while approaching.

As mentioned earlier, wolverines have strong paws and jaws, cunning, fearless, and quick. They’ve got an indomitable will and don’t back down. They can kill bears. However, bears aren’t a pushover, too.

Unless protecting their young ones, or starving, wolves, cougars, and bears avoid wolverines for an apparent and good reason. Wolverines are hardly seen in nature and fight with larger predators, but many wildlife experts argue that they can kill animals larger than them, like moose and bears.

Wolverines aren’t endangered species in 2022. The Union for Conversation Nature’s Red List outlines wolverines as the “Least Concern” for extinction. However, they’re on a decline in Europe, where they are currently termed “Vulnerable.”

Moreover, their population is approximately 35,000 individuals. Besides humans, the other most prominent threat to wolverines is adverse climate changes. For example, warmer weather means less snow, which they depend on for reproduction and food.

I hope you’ve increased your understanding of wolverines’ ecology and threats to their habitation. Be sure to reduce or eliminate such threats to the wolverines’ population. Remember, once gone, they’re gone forever with no coming back.