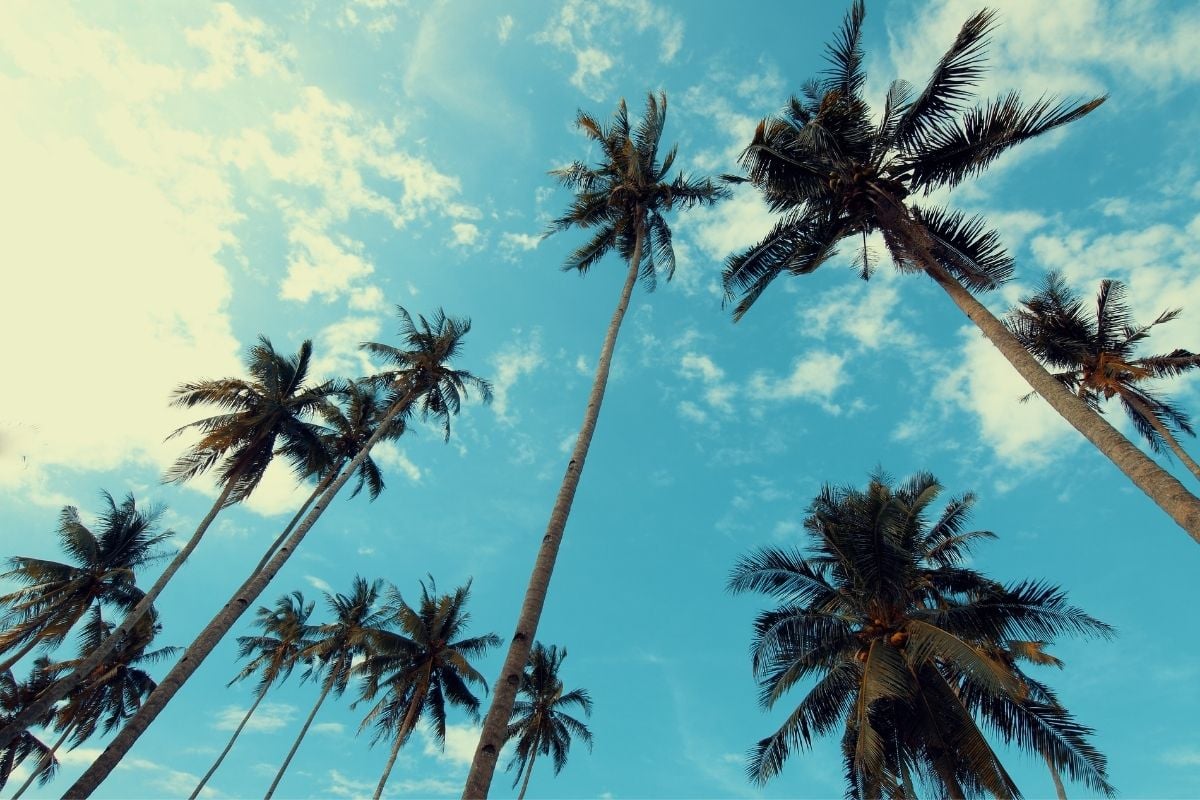 Nothing makes you think about a tropical island getaway or vacation in the sun like the presence of palm trees.  I remember the enthusiasm I displayed on my first trip to the beach.  We knew our destination on the sands, and a beautiful body of water was near because the scenic route was lined with tall palm trees like a wall on either side of the highway.

Ironically, palm trees can reach heights of 75 feet or more and have root systems that grow no more than 3 feet deep.  The roots usually grow horizontally rather than vertically during its period of growth.  In addition, palm tree roots remain in that precarious state as the tree grows taller, contrary to how we see other large tree root systems grow.

For instance, many would believe that as a tree grows above ground, the root system would grow similar to it in depth below the soil.  Like a 50-foot-tall tree having roots just as deep and wide from the tree’s trunk down into the ground.  On the contrary, you can find palm trees well over 60 feet tall with much shorter roots than that.

Yet they are strong and powerful trees, able to withstand the toughest of weather conditions.

Contents show
How do palm trees survive such severe storms and hurricanes with short roots?
1. Its Fibrous Roots
2. Its lean and limber trunk
3. Its branch system and leaves

How do palm trees survive such severe storms and hurricanes with short roots? 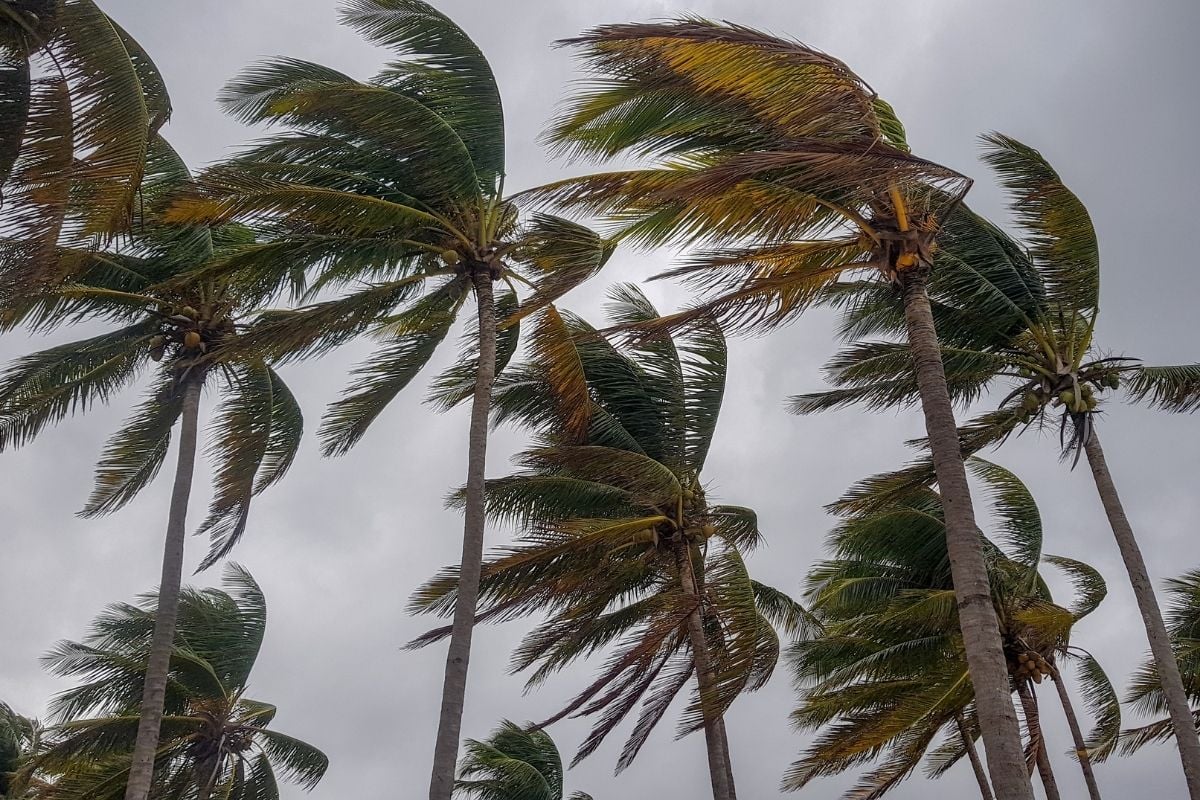 Plant ecologist Dan Metcalfe states that palm trees have three features that help them overcome the dreadful conditions of cyclones, tsunamis, and even hurricanes.

See also  Which Countries Have No Forests? 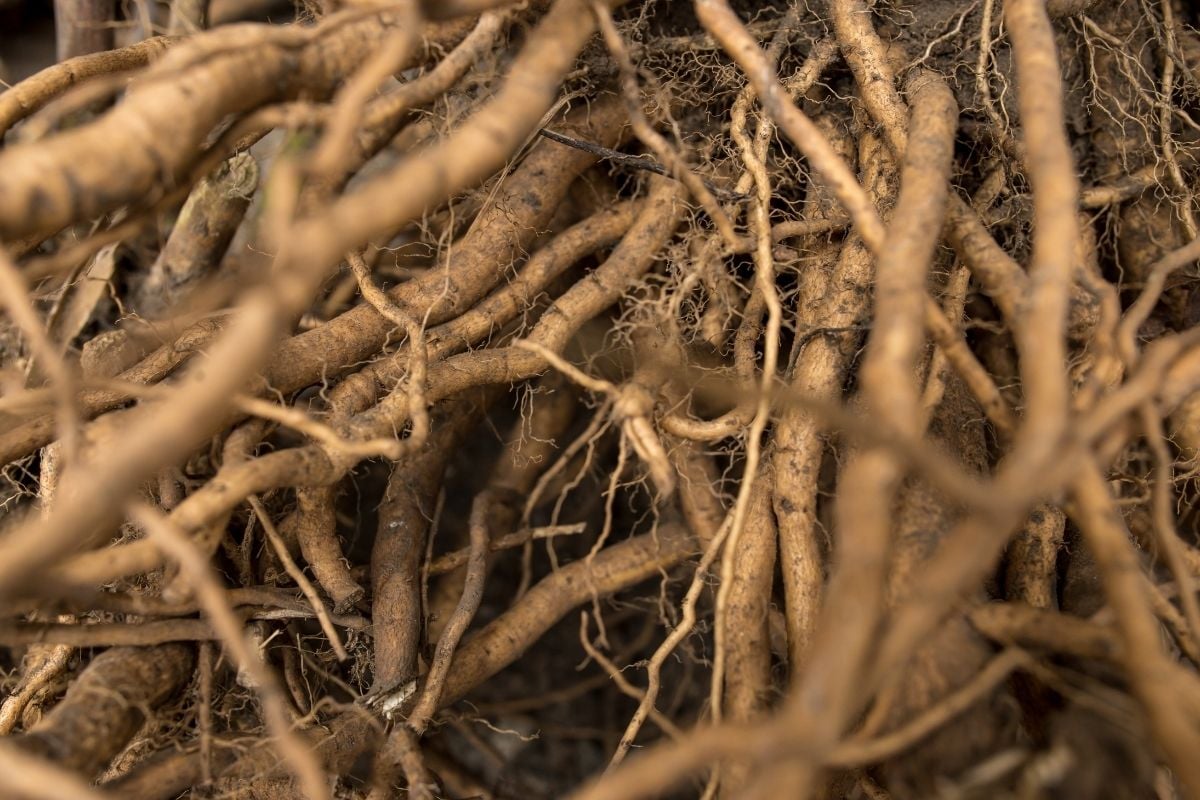 With such shallow root systems, many wonder how palm trees survive such harsh storm systems.  Hurricanes, typhoons, and tornados are no joke as they usher in winds over 100 miles per hour at times.  Yet, after many storms, the palm tree is one of the few things left standing.

Palms have a fibrous tree root system.  That means its roots adapt in such a way that they branch out in a pattern that enables it to maximize nutrient and water absorption. Its root system has many short roots that spread across the soil’s upper level.

In addition, fibrous root systems grow close to the ground’s surface, which helps it fight off erosion by connecting the tree to the top layer of the soil, forming a mass of fine roots.  Over 90% of its roots are in the top 50 centimeters of the soil’s depth with the palm tree. Therefore, it works to secure soil in large amounts.

As a result, the roots are so knotted up that they create a “ball of roots” at the soil’s surface. Furthermore, if the soil is dry, it creates a heavy and powerful anchor, giving it stability at its top layer.

2. Its lean and limber trunk 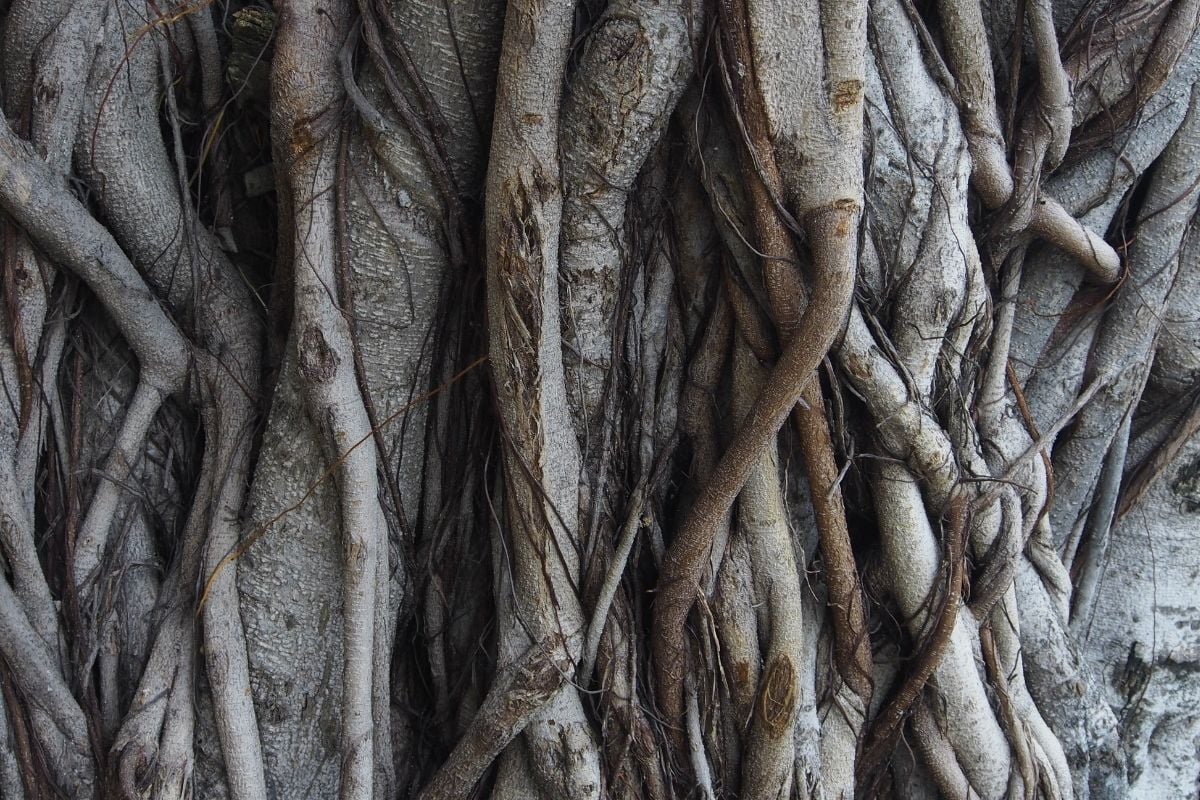 Palm trees don’t grow like other species of trees, such as oak or pine trees.  It doesn’t display rings similar to other trees at its core when one is cut.  Instead, the stump of a palm tree depicts tiny straws identical to telephone wires at its cross-section.

Palms don’t require heavy wood like the maple or oak trees because they aren’t needed to support the weight of heavy limbs up the tree’s bark. According to treehugger.com, Dan Metcalfe was quoted as saying, “The cylinder approach provides great strength to support the weight (compressive strength) which means that an oak tree’s trunk can support a huge weight of branches, but limited flexibility compared to the bundle approach, which allows the palm stem to bend over through 40 or 50 degrees without snapping.”

However, palm trees do break in severe weather conditions.  Still, they can withstand much harsher weather than other trees because of their trunk material and ability to hold moisture.

3. Its branch system and leaves 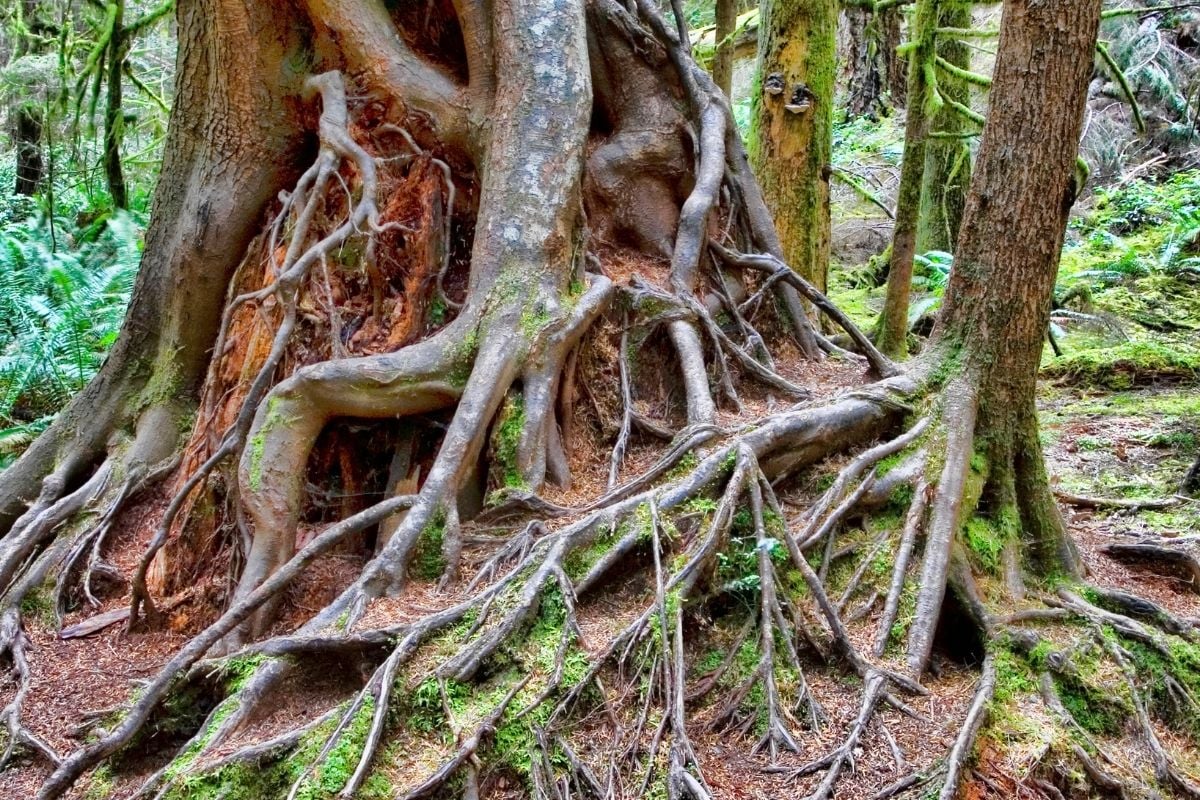 Palm trees don’t have wide-reaching limbs as other giant trees but feature enormously thin limbs and spines like a bird’s wings.  Furthermore, palm trees’ larger leaves are less rigid, making them more flexible and bendy.   Other trees feature large, beautiful branches, limbs, and leaves that spread out and reach up high as if they are grabbing the sunlight.

However, in a severe storm, these limbs can break off and damage the tree severely.  Even uproot it in some cases. But palm trees have limbs called fronds.

Fronds are not huge powerful limbs like canopies such as an oak tree might feature. On the contrary, they are more like huge feathers.  And in the presence of storms and strong wind, they fold up.

This enables them to make it through the storms in one piece, better than most trees.