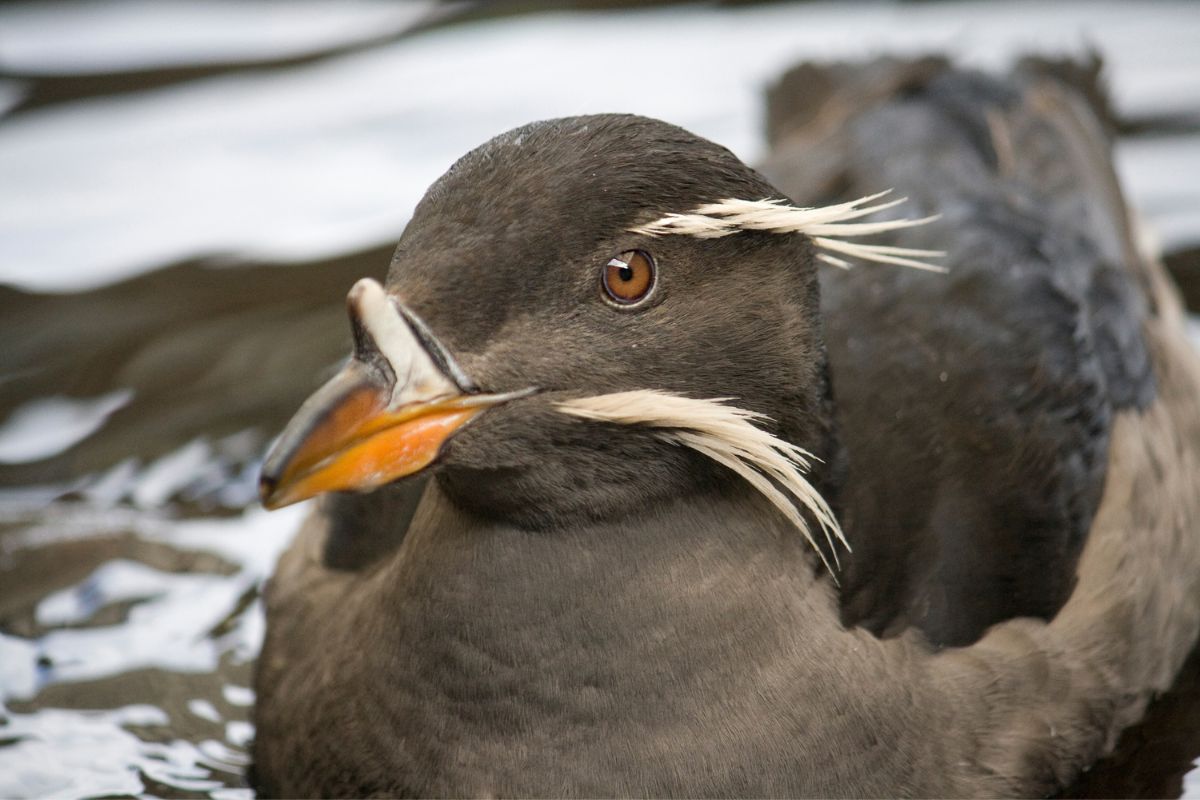 Auklets are small, stocky birds that have webbed feet and wings. Their plumage is typically grey or black with white markings. These birds spend most of their time at sea, only coming on land to breed.

The aucklet is a bird in the order charadriiformes and the family Alcidae. There are several types of auklets.  All species are characterized by their black-and-white plumage, webbed feet, and large bills.

Auklets live mainly in cold coastal waters and breed on rocky cliffs or in burrows on islands. Auklets are excellent swimmers and divers, able to dive to depths of over 60 m (200 ft) in search of fish, squid, and other small prey. They have a dense layer of feathers that helps keep them warm in the frigid water and makes them buoyant so they can eAukletloat back to the surface.

The rhinoceros auklet (scientific name: cerorhinca monocerata) is a small seabird in the auk family. It is the only member of the genus cerorhinca. The scientific name comes from the ancient Greek words keras, meaning “horn,” and rhynchos, meaning “beak.”

This bird is similar in appearance to other aukles, with black-and-white plumage and a large bill. However, it can be distinguished by its single black horn on the top of its head. The rhinoceros auklet lives off the coast of Alaska and northern Canada.

The rhinoceros auklet is a protected species and is not considered to be at risk of extinction. However, its small population and limited breeding range make it vulnerable to environmental changes. 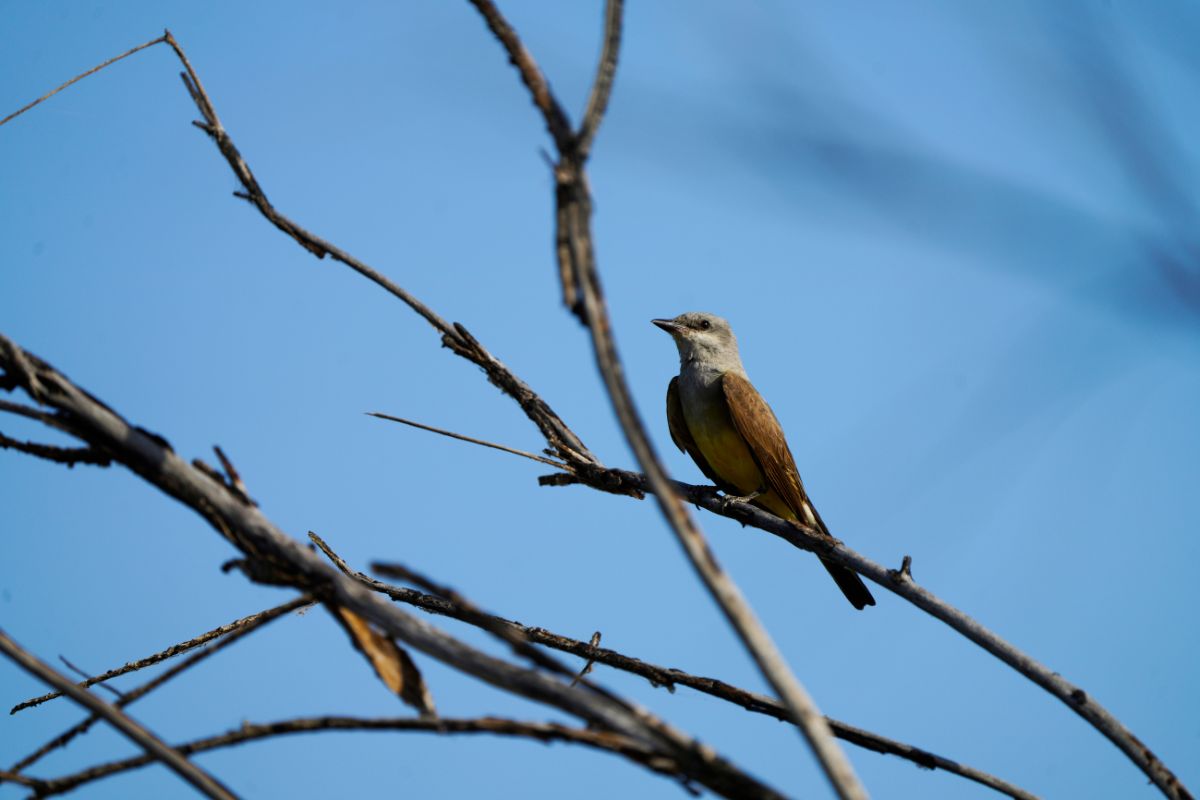 The Cassins aucklet (scientific name – aethia cassinii) is a small seabird in the auk family. It is named after the Italian zoologist Giovanni Cassin. This bird has black-and-white plumage, a large bill, and yellow feet.

The Cassin’s auklet breeds on rocky cliffs and islands off the coast of California. It preys on little fish, squids, and crabs. 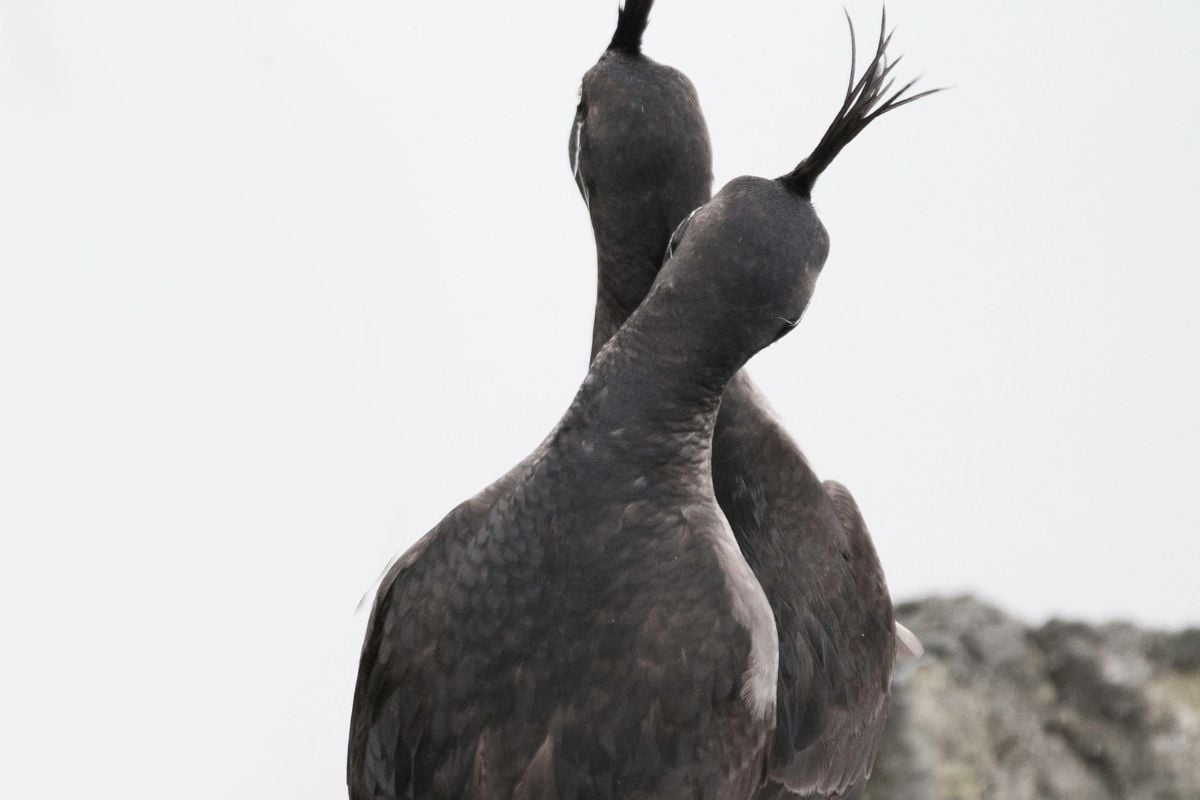 The crested Auklet (scientific name – aethia cristatella) is a small seabird in the auk family. It is named after the crest of feathers on its head.

The parakeet auklet (scientific name – aethia psittacula) is a small seabird in the auk family. It is named after its parrot-like bill. Its natural habitat is Alaska’s coastal waters, where it dives for small fish, squid, and crustaceans. 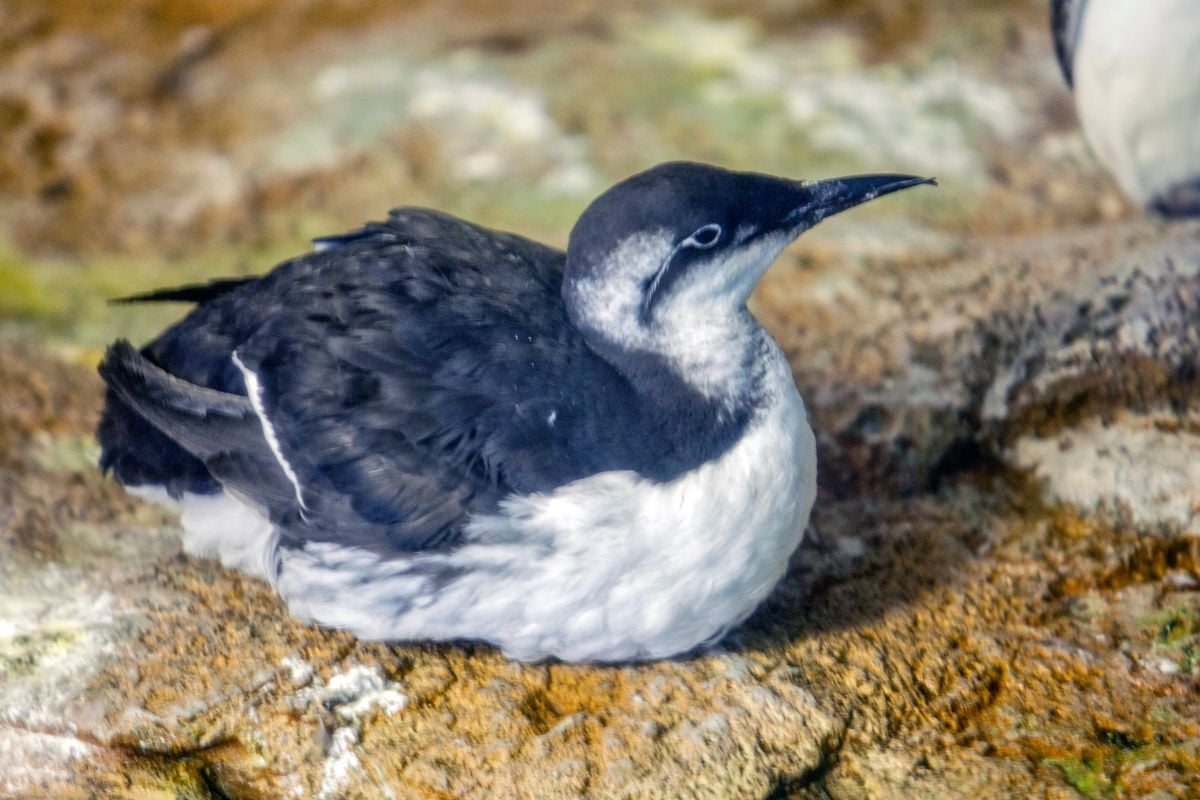 The great auk was hunted to extinction. It was the only member of its genus, Pinguinus. It was similar in appearance to other auks, with black-and-white plumage and a large bill.

Here are other species similar to the Auklet. 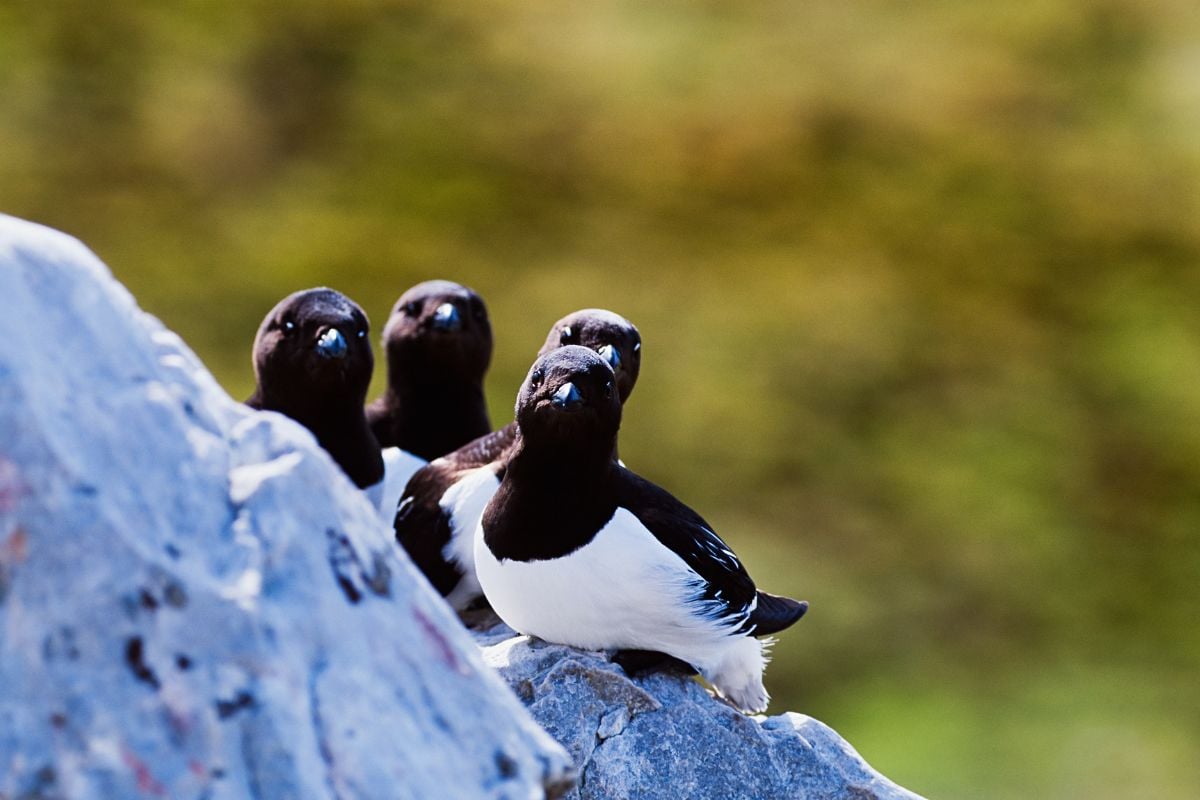 The Dovekie (scientific name alle allee) is a small seabird in the auk family. It is also known as the little auk. The scientific name comes from the old Norse word for “winged creature.”

The bird is black and white with a black head, neck, and back. The wings are small and pointed. The legs are short and webbed.

The bill is black and hooked. The Dovekie breeds in North America, Europe, Asia, and in the Arctic regions. It nests on cliffs or the ground near the sea.

The female lays one egg per year. The incubation period is about 30 days. The chick hatches, grows quickly, and fledges at about six weeks of age.

The Dovekie is a pelagic bird, meaning that it spends most of its life at sea. It feeds on fish, crustaceans, and mollusks. Then, it dives underwater to catch its prey. 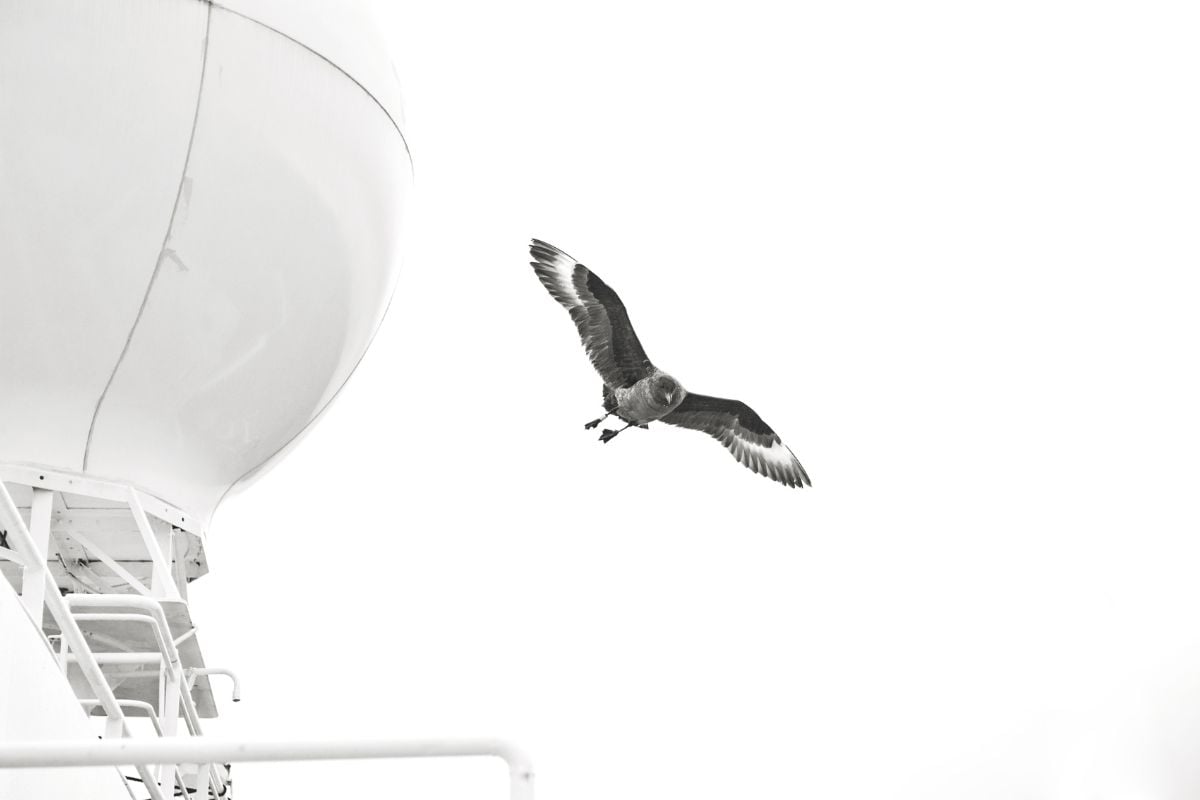 There are several different types of petrels, each with its own unique features. The most common type of petrel is the giant petrel, which can grow quite large. These birds are known for their powerful beaks and talons, which they use to hunt fish and other small prey.

Other types of petrels include the cape petrel, the southern giant petrel, and the northern giant petrel. Each of these species has its own distinct appearance and habits. Giant petrels (Macronectes) are the largest type of petrel and can grow up to three feet long.

They have black or dark brown plumage and a white patch on their belly. Their beaks are large and powerful, and their talons are sharp and strong. Giant petrels use their beaks and talons to catch fish, squid, and other small prey.

Cape petrels (Daption capense) are smaller than giant petrels but are still fairly large birds. They have white plumage with black markings on their wings and back. Cape petrels feed on small fish, squid, and crustaceans.

Southern giant petrels (Macronectes Gigantes) are similar in size to cape petrels but have dark brown plumage with white patches on their wings and back. Northern giant petrels (Macronectes Hallie) are the smallest type of petrel and only grow to be about two feet long. They have white plumage with black markings on their wings and back. 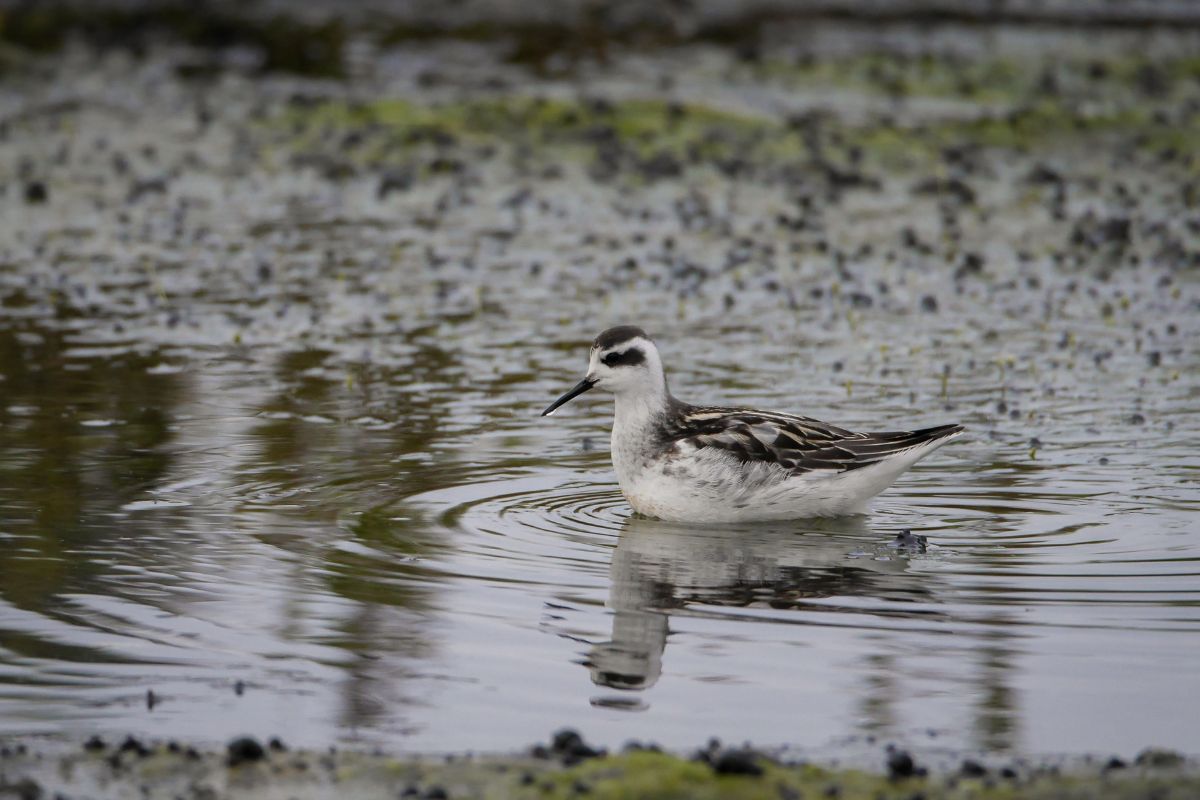 This bird has a gray body with black wings and a red neck. The female’s red-necked phalarope is more brightly colored than the male’s. The Wilson’s phalarope is the smallest of the three species, measuring about 7 inches in length.

This bird has a brownish body with black wings and a yellow bill. The female Wilson’s phalarope is more brightly colored than the male. All three types of phalaropes feed on insects and small fish.

They use their long bills to probe in the mud for food. Phalaropes are also known for their unique method of feeding, which involves spinning in circles to create a whirlpool. This whirlpool sucks up small aquatic creatures, which the phalarope then eats. 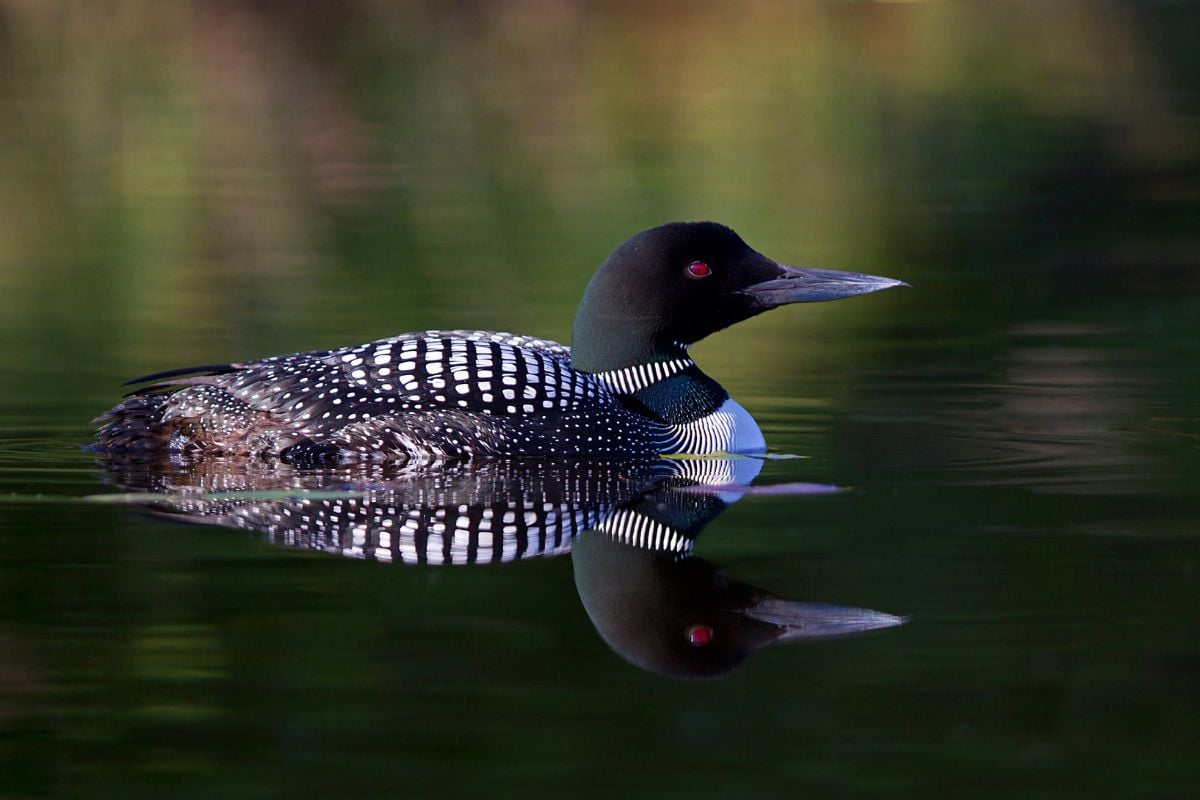 Loons are a type of waterbird found in many parts of the world. There are over 60 different species of the loon, which can be divided into three main groups: the true loons, the red-throated loons and the yellow-billed loons. True loons (scientific name: Gavia) are the largest type of loon, with a body length of up to 1.8m and a wingspan of up to 2.7m.

They are the largest type of loon, and include species such as the common loon and the pacific loon. They have long necks and legs, and their feet are webbed to help them swim. Red-throated loons (scientific name gavia stellata) are smaller than true loons and have red throats.

They can be found in the northern hemisphere and breed in areas such as northern Europe and Asia. They are good divers and can stay underwater for up to a minute at a time. Yellow-billed loons (scientific name: Gavia adamsii) are found in North America.

They are the smallest type of loon and get their name from their yellow bills. They are good fliers and can migrate long distances. Loons live near lakes, rivers and oceans, and eat fish, frogs and insects.

They build nests on the ground near the water, and lay two or three eggs at a time. 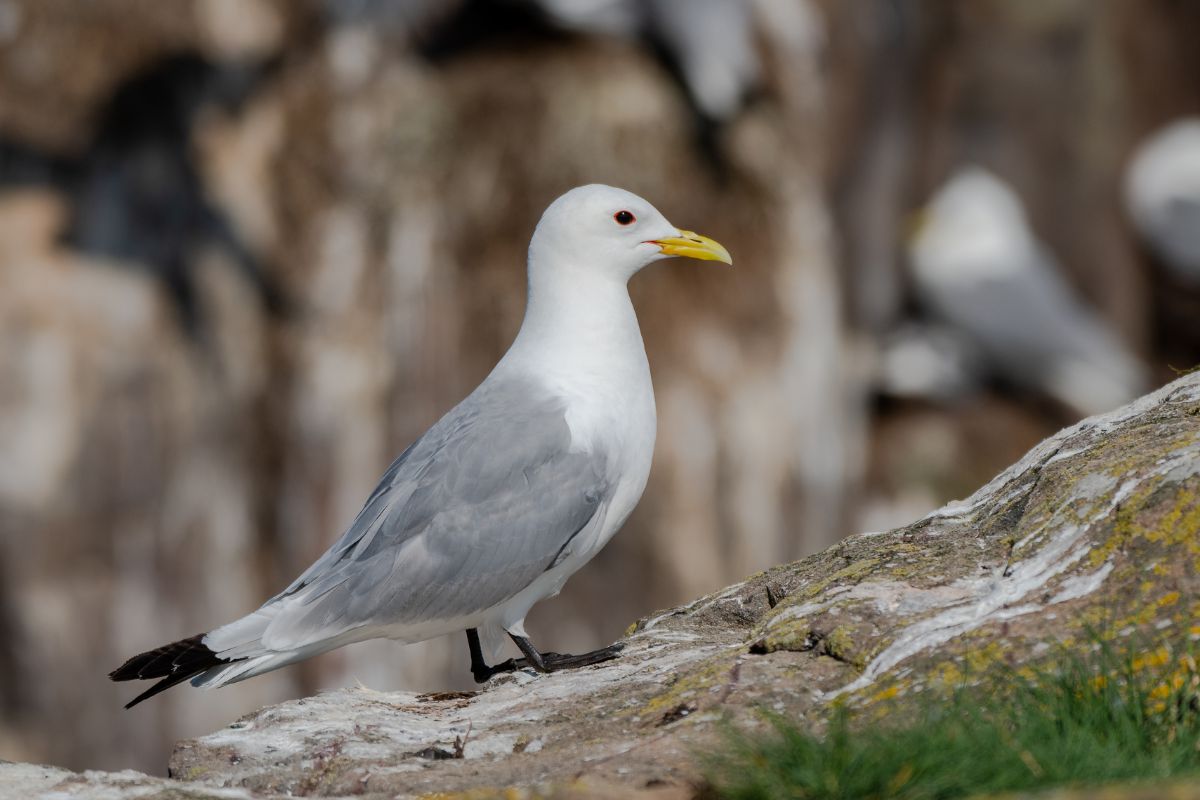 The black-legged kittiwake: scientific name rissa tridactyla, is a small seabird in the gull family. It is named after its black legs and toes. This bird is similar in appearance to other kittiwakes, with white plumage and black wingtips.

However, its distinguishing feature is its black legs and toes. The black-legged kittiwake breeds on rocky cliffs and islands off the coasts of North America and Europe. It eats small fish, squid, and crustaceans. 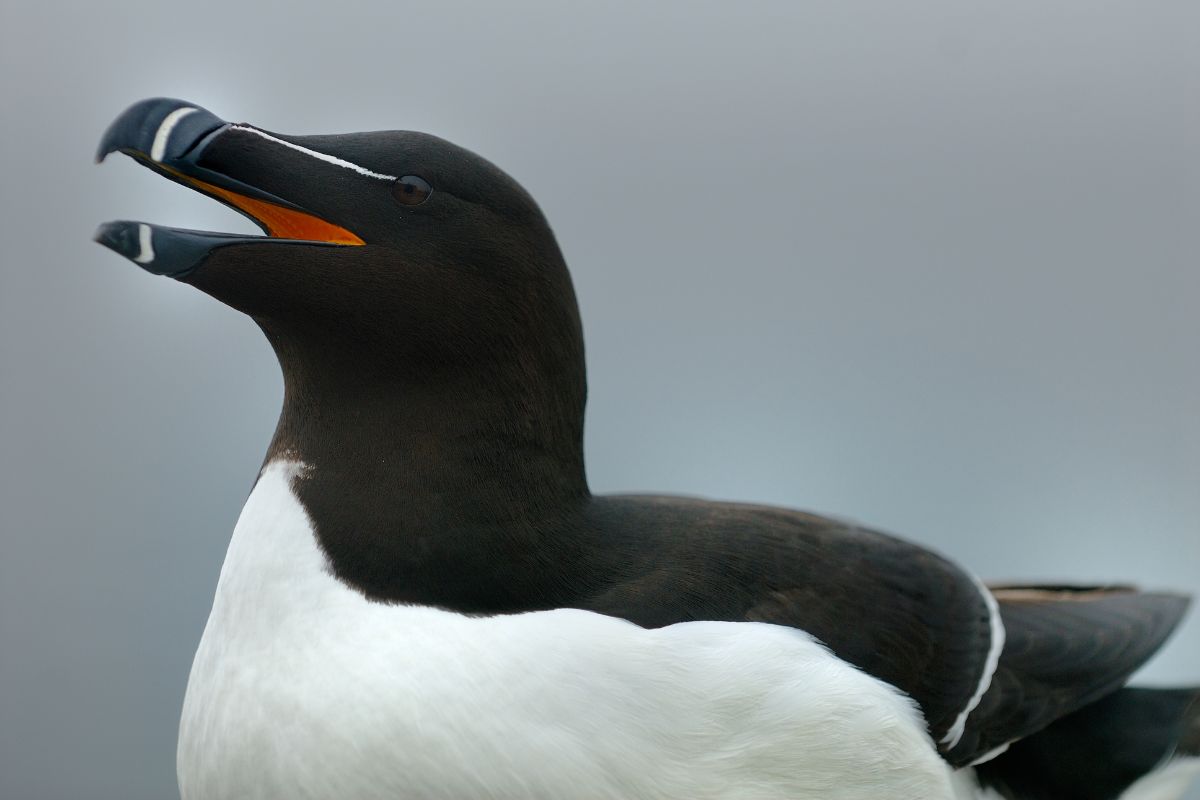 Razorbill: scientific name alca torda, is a medium-sized seabird in the auk family. It is named after its sharp bill. It gets its name from its bill, which is noticeably sharp.

Its natural environment is rocky cliffs and islands off the coasts of North America and Europe. 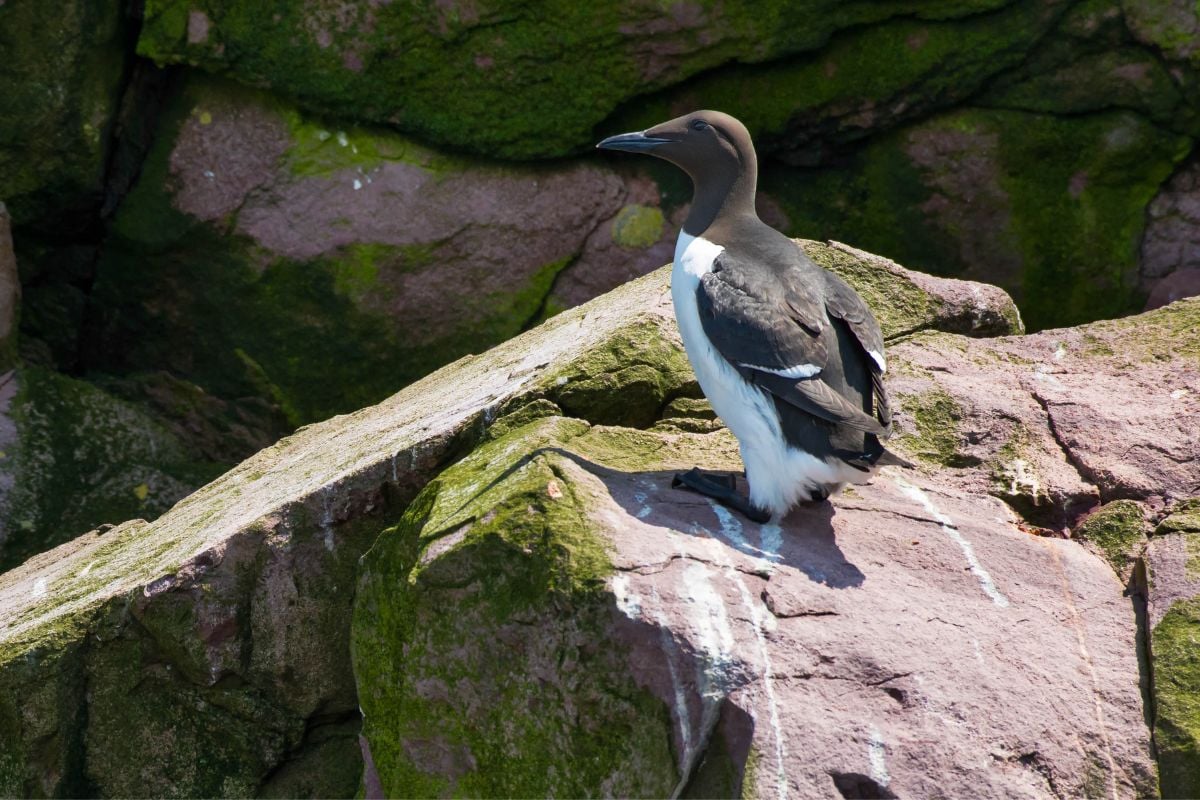 Murres are related to auklets. There are many different types of murre, including the black-legged kittiwake and the common murre. Murres are small to medium-sized birds with black or dark brown feathers.

They have long, thin beaks and webbed feet. Murres live in cold, coastal waters and can be found in the Arctic, Pacific, and Atlantic oceans. Some species of murre are endangered due to overfishing, oil spills, and climate change.

They are social birds and live in colonies. Murres mate for life and lay one or two eggs at a time. The chicks are born with thick down feathers and can swim and fly soon after they hatch.

Murres eat small fish, squid, and crustaceans. Murres come in different sizes, but they are all small to medium-sized birds. They have black or dark brown feathers and long, thin beaks.

Their feet are webbed, which helps them swim in the water. 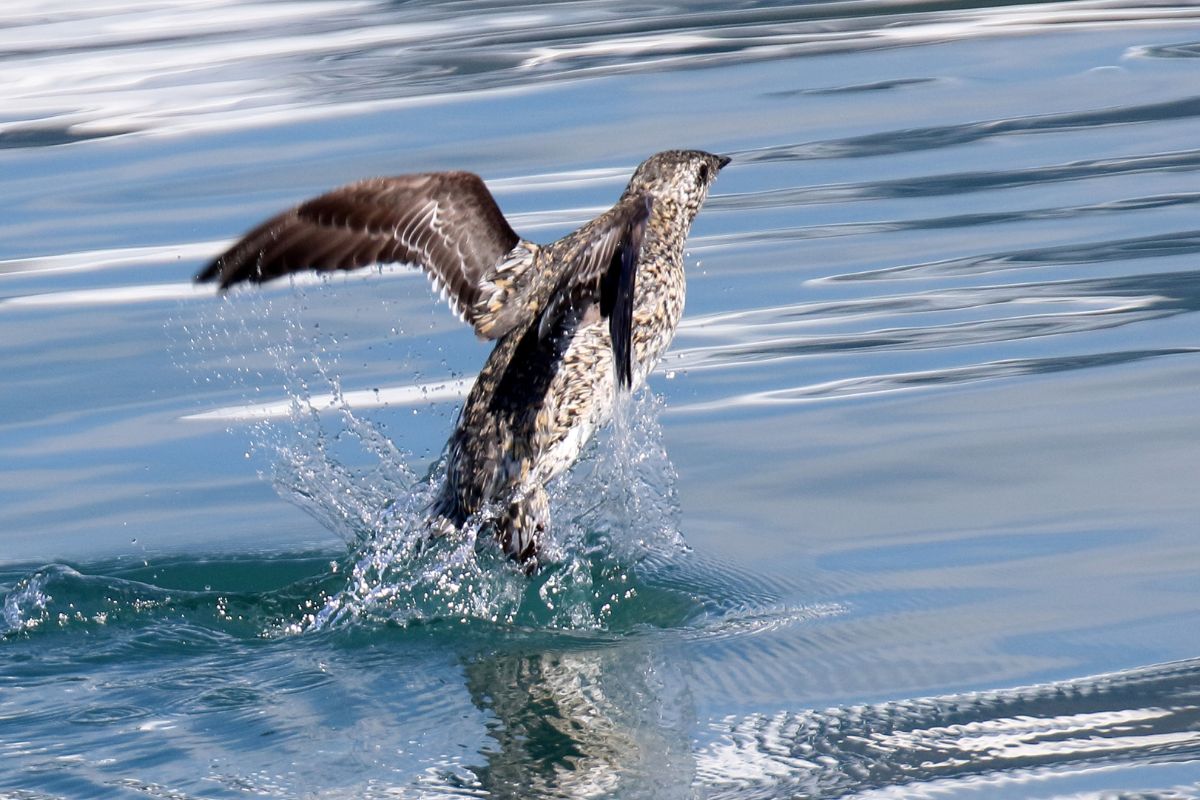 Marble murrelet: scientific name brachyramphus marmoratus, is a small seabird in the auk family. It gets its common name from its plumage, which is mottled like marble. 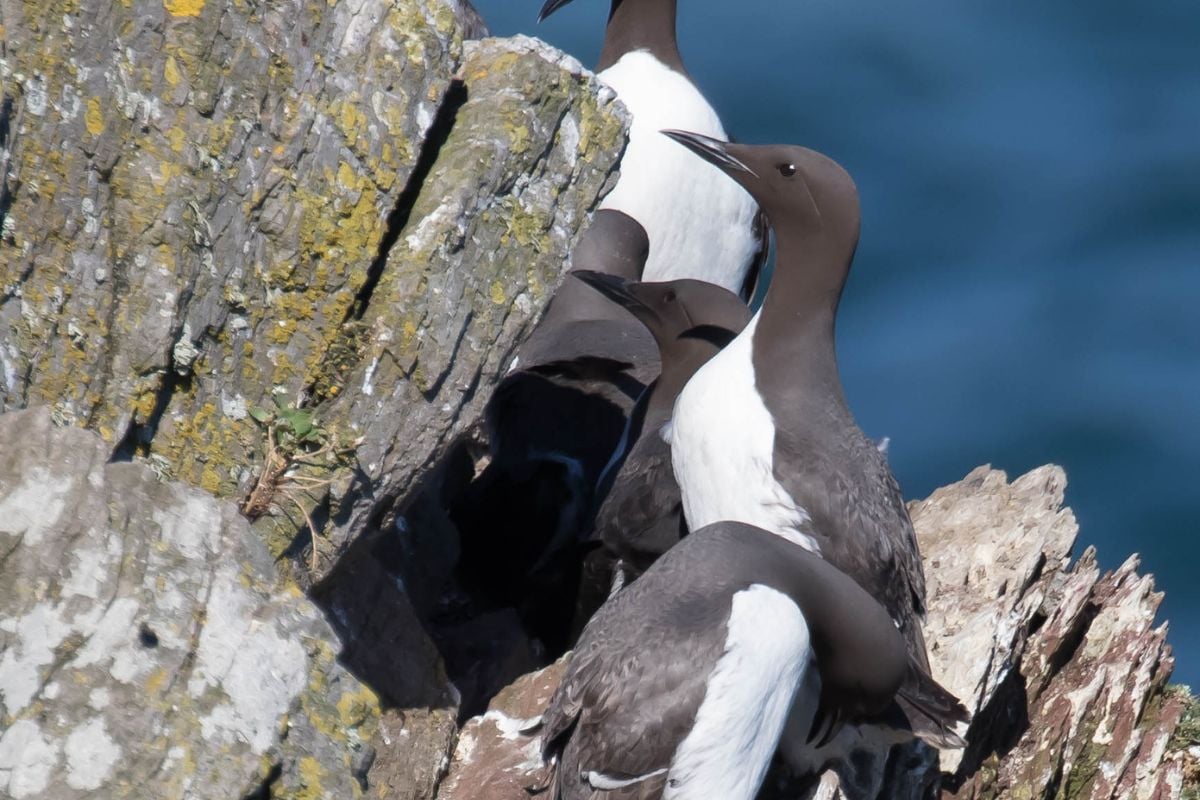 Guillemots are medium-sized seabirds in the auk family. It is named after its black-and-white plumage, which resembles a man’s coat (guillaume is French for a coat). The guillemot ‘s plumage is black on its head, back and wings, with a large white wingbar and a white crescent at the base of the bill.

Guillemots are excellent swimmers and divers and can reach depths of up to 200 feet when hunting for fish. They typically eat small fish such as herring, capelin and sand eels. Guillemots are monogamous and usually mate for life.

Both parents help to incubate the eggs and care for the young chicks. Pigeon guillemot (cepphus Columba) is a small seabird in the auk family. It gets its common name from its resemblance to a pigeon.

Pigeon guillemots have black-and-white plumage and red feet. They are found in the northern hemisphere, and breed on rocky coasts and islands. Pigeon guillemots eat fish, squid, and crustaceans.

Puffins are small seabirds with a large bill. There are three types of puffins: the atlantic puffin, the tufted puffin, and the horned puffin. All puffins have webbed feet and can swim underwater.

They eat small fish, such as herring and capelin. Puffins mate for life and lay one egg per year. Both parents take turns incubating the egg and caring for the chick.

Puffins can live up to 20 years in the wild. Puffins eat small fish such as herring and sand eels. They catch their prey by swimming underwater with their webbed feet.

Puffins mate for life and lay one or two eggs in a nest on the ground. Both parents take turns incubating the eggs and feeding the chicks. Puffins are social birds that live in colonies.

They build their nests on cliffs near the ocean. They use their bills to dig burrows in the soil. Puffins are active during the day and sleep at night. 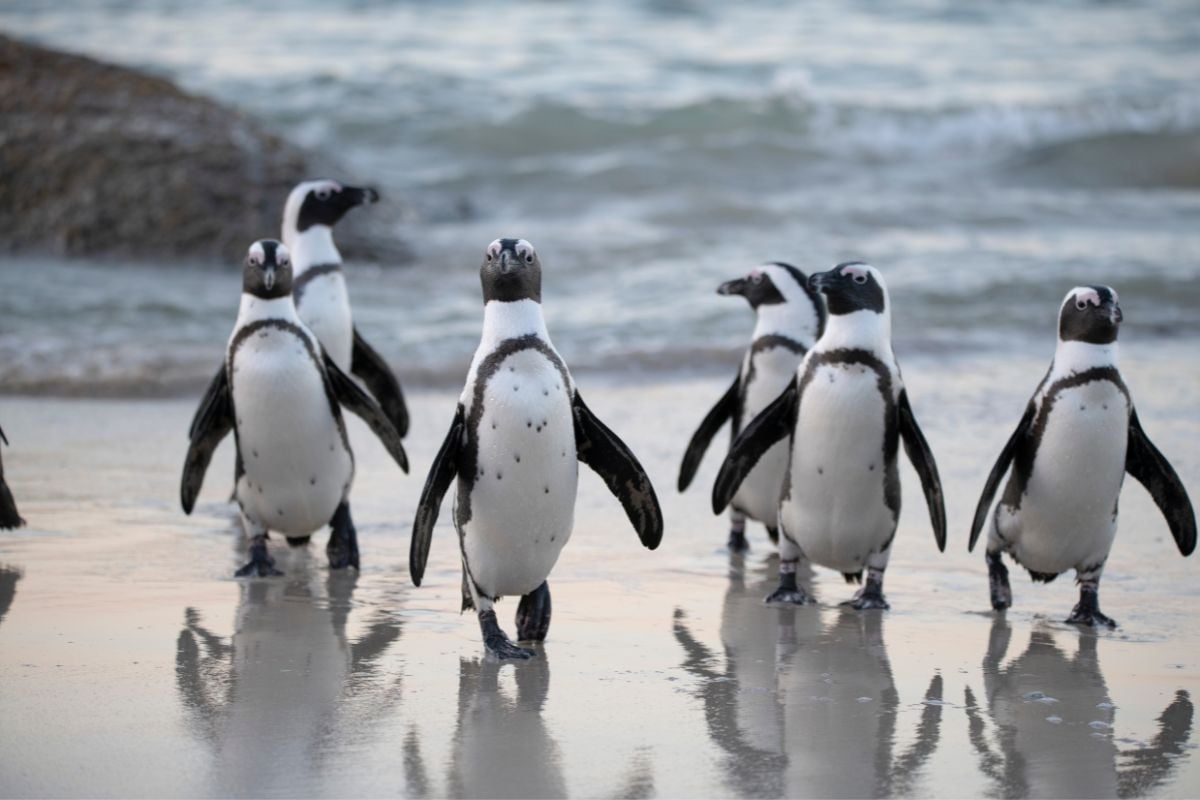 Auklets are sometimes mistaken for penguins. However, there are several key differences between the two groups of birds. First, auklets have wings and can fly, while penguins cannot.

How many species of Auklets are there?

There are at least six different species of Auklets. The most common include the Least Auklet, Crested Auklet, and Parakeet Auklet. These birds are generally found in the North Pacific Ocean near Alaska and Russia.

Are puffins related to auklets?

What do auklets eat?

Auklets primarily eat small marine invertebrates such as zooplankton, crustaceans, and mollusks. They forage for food by swimming under the water’s surface and using their beaks to catch prey. Auklets will also sometimes eat fish eggs.

Do auklets mate for life?

It is not known for sure if auklets mate for life, but it is thought that they may form long-term pair bonds. These bonds help the birds to rear their young successfully. Auklets’ nests are generally located on cliffs or the ground near the ocean.