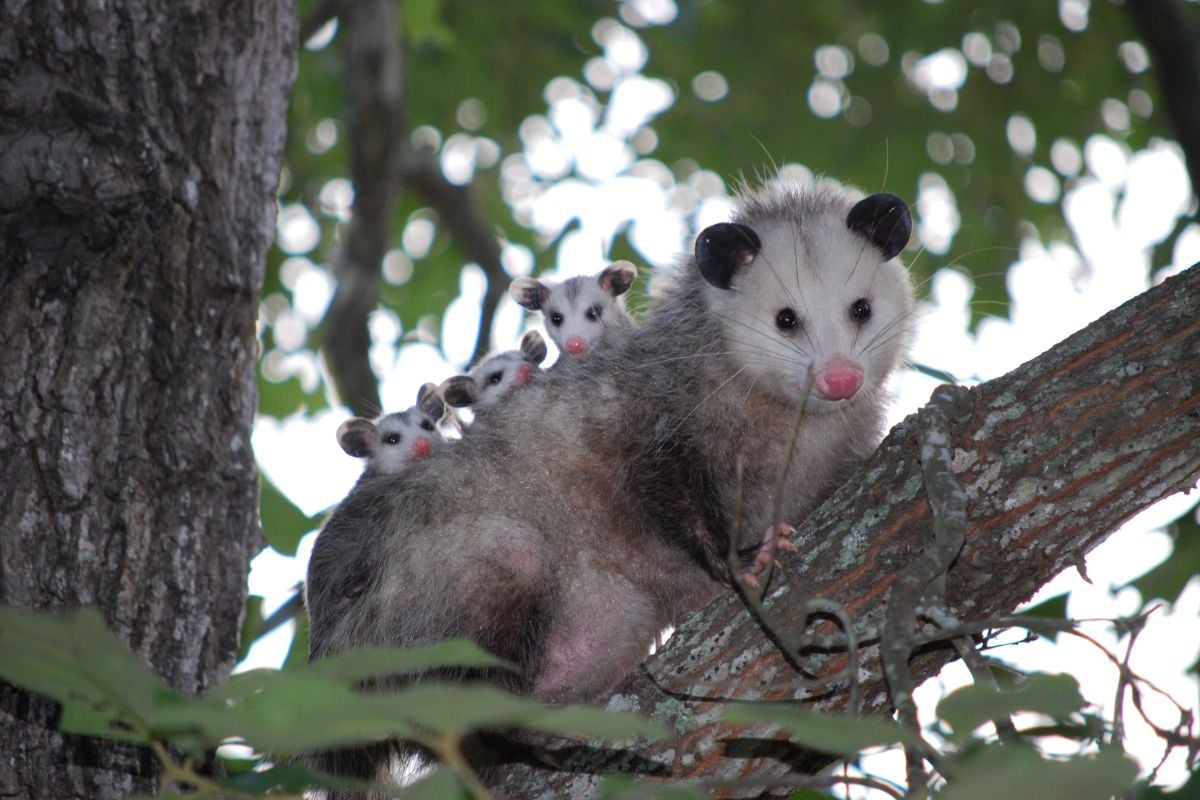 I have not seen many possums in my life. I visited Australia a few times and spotted the furry little creatures here and there. I had always thought a possum was a rat-like creature.

But aside from the tendency to scurry around on roofs and decks at night in The Land Down Under, they have little to do with the more feral and sinister-looking scavengers that are found all over the world. Indeed, many people use possum and opossum interchangeably, but they actually mean different things. Though both are marsupials, Opossums refer to the specific American mammal by that name.

The possum, on the other hand, refers strictly to the creature found in Australia, which has the scientific name of Phalangeriformes. This name derives from the Greek word phalanger, which means spider’s web. This is a reference to the fused digits on the possum’s hind feet.

Contents show
Some Basic Facts About Possums
How They Behave
Where They Live
What They Eat
What Threatens Them
Their Parenting and Lifespan
Animals Similar to a Possum
1. Hedgehog
2. Skunk
3. Tenrec
4. Rabbits
5. Short-tailed opossum
6. Sugar glider
7. Bettong
8. Virginia opossum
9. Rodents
Frequently Asked Questions
What do possums eat?
Which animals prey on the possum?
What does a possum look like?
Are possums good for the environment?
What is the difference between a possum and an opossum?
Where are possums found?

Some Basic Facts About Possums

The first things to know about these furry rascals is that they are nocturnal and highly athletic. They can navigate tall trees with extraordinary agility and aplomb. Possums are mammals, which means they have hair, a backbone, and warm blood—just like us.

Modern possums, kangaroos, and koalas evolved from a common ancestor that lived 20 to 30 million years ago. Male possums are known as jacks and female possums are called jills. A group of possums is called a passel.

Possums are pretty docile animals. They only act aggressively when threatened, at which time they growl, show their teeth, or secret a bad odor. They have a unique defense mechanism.

If they feel overwhelmed by a certain threat, they go into a catatonic state. In short, they lay down and act as though they were dead (this is the origin of the phrase “playing possum”). When possums hunt or go scavenging, they spend most of their time grooming or sleeping.

They communicate with each other through sound and smell. Their alarm calls, mating calls, and location calls consist of different screeches, hisses, clicks, grunts, and howls. They also have scent glands on their chest to mark their territory.

Possums are native to the forests of Australia and the island of Tasmania, New Guinea, Celebes, and the Solomons. In the wild, they are most commonly found in rainforests, eucalypt forests, woodlands, and coastal shrublands. They are also found in the cities and towns of Australia and nearby countries.

They act more like pests in the city. They are hard in attics, sheds, and garages, and they cause damage and destruction to gardens, farms, forests, and equipment. Although they are not generally hostile to human beings, they can spread diseases with their sharp claws.

Possums eat just about anything. Their diet includes insects, eggs, and a variety of plants, some of which is poisonous to other animals. Their molar teeth have sharp tips which help them chew through-hardened plants.

Possums are born scavengers and, if given the opportunity, will eat the food left over by people and other animals. Indeed, they are highly adaptable to whatever environment they happen to be in, and will eat whatever is available around them. Some possum species have an enlarged pouch in their intestines to ferment and digest foods with high fiber.

Possums are preyed upon by snakes, cats, dogs, foxes, tiger quolls, and even owls. They are very small creatures so there are a great many animals that are bigger, faster, and stronger than them. Their biggest threat comes not from other wild species, but from human beings.

Possums have been hunted by humans for their fur. Their very existence is threatened by the destruction of their habitat from human activity and bush fires. The frequency and intensity of the latter have been greatly exacerbated by climate change.

Their Parenting and Lifespan

Male possums court female possums with their loud calls during the mating season. They may sire several groups of young throughout the latter. Once a pair of possums copulates, the female produces one or two viable offspring.

To maximize the chance of survival, the mother finds a comfortable hiding place in tree hollows or abandoned bird nests. As you may have sensed by now, this is a rather lazy animal, so it prefers to find shelter that has already been constructed or that occurs naturally rather than build one from scratch. The mother is responsible for most of the parenting duties.

Fathers contribute almost nothing to the survival of their offspring. They are nature’s supreme dead-beat dads. Little possums usually reach sexual maturity within the first year or two of life, which means they get to sire or be sired rather soon after they are born.

It is just as well. The lifespan of a possum is rather short. Many of them fall victim to predators and diseases within 10 to 15 years.

Like other animals, they live longer in captivity, where they are safe from most threats.

Animals Similar to a Possum

I said before that I used to think possums were similar to rodents. It turns out they aren’t, but they are similar to other animals. Here are some of them. 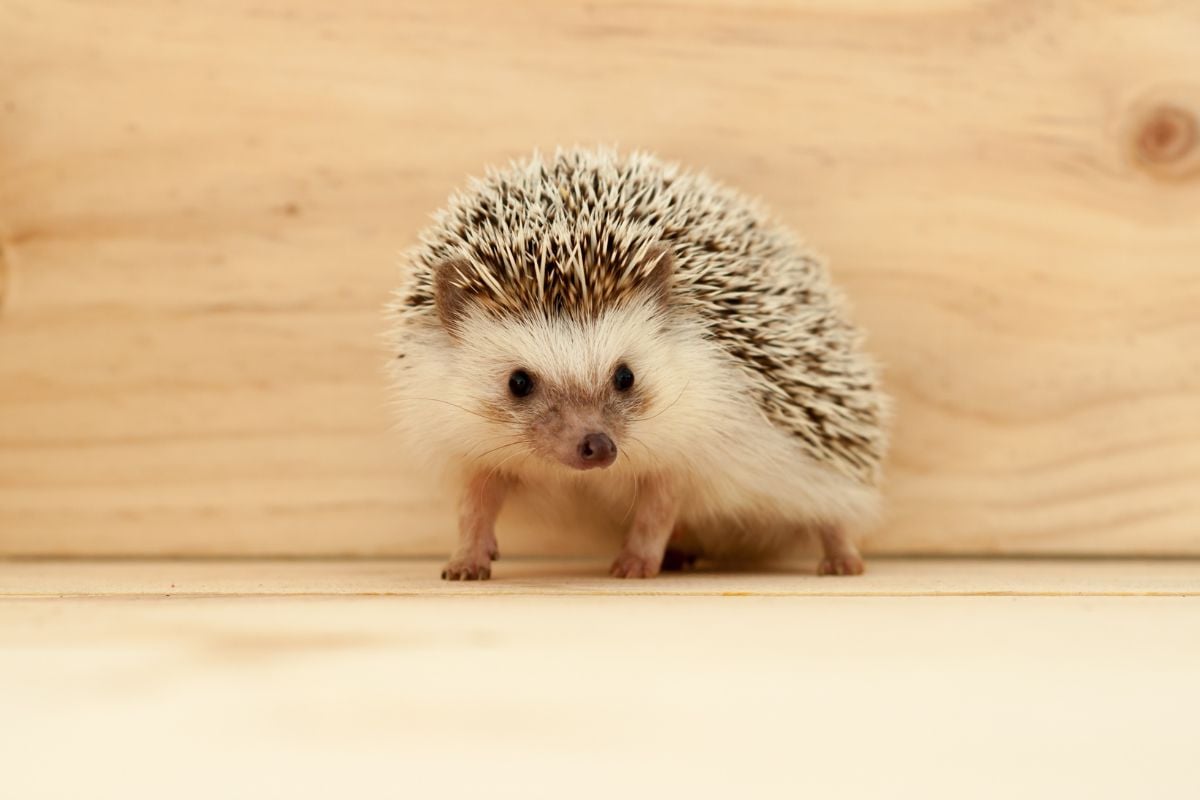 These animals are distinctive owing to their short quills, which they use as a defense mechanism. They are very popular in the exotic pet industry because they are relatively easy to care for. Like possums, hedgehogs are very small and docile.

They present no real threat to humans and can survive a very long time when removed from the threats and predators of the wild. 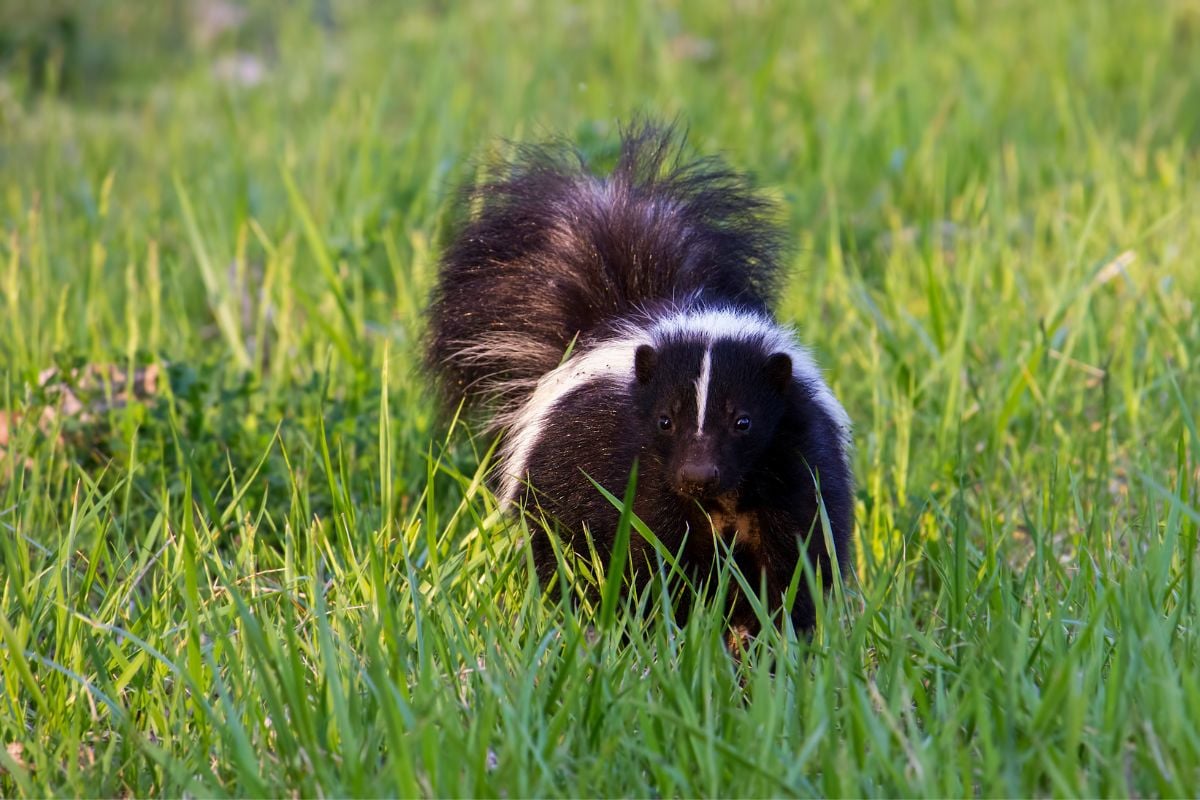 The famous skunk, is known mostly for the terrible odor it gives off. It is a myth that skunks are always smelly. The odor they give off is a defense mechanism. This is one of the things that they have in common with possums.

Except, their release is much more potent and long-lasting. They also look a great deal like possums from a distance. Both animals are commonly, and mistakenly, taken for rodents.

In fact, the skunk belongs to the Mephitidae family of animals along with stink badgers. 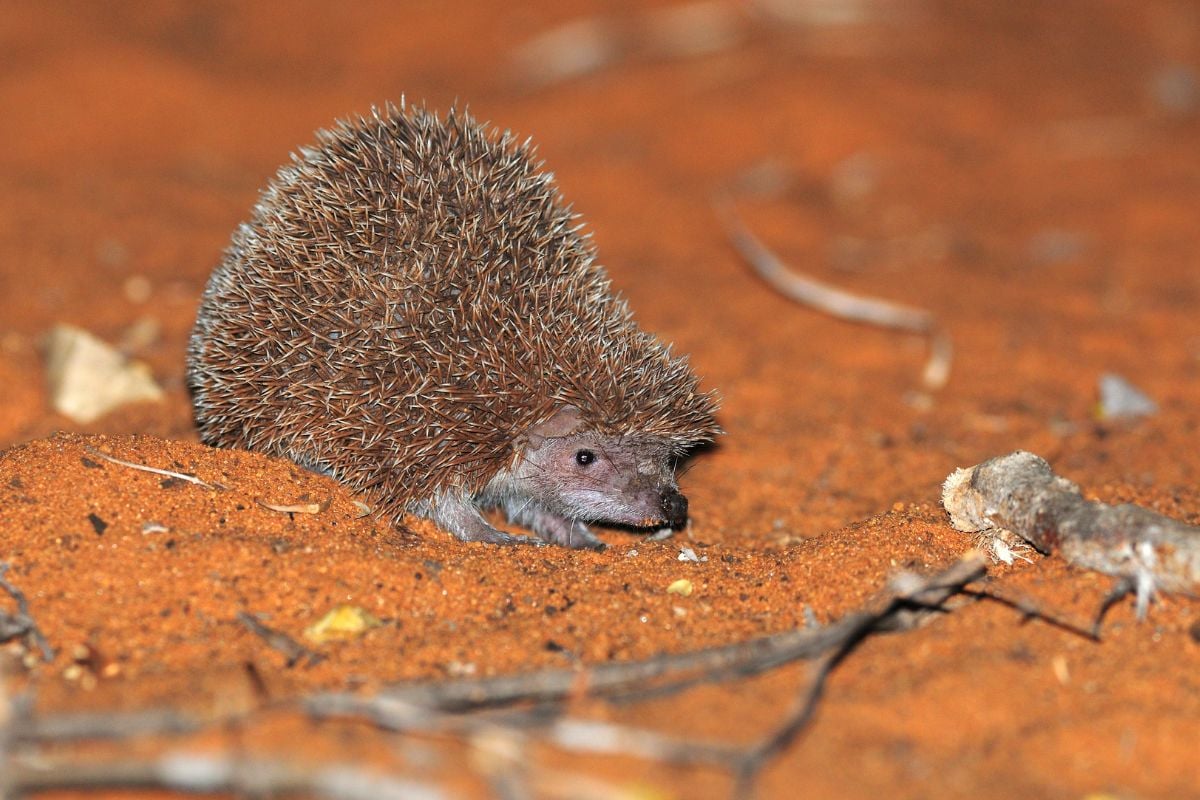 These animals look exactly like hedgehogs. Oddly enough, they are in a completely different and unrelated species. Like hedgehogs, they are quilled.

Like possums, they are warm-blooded. However, they have one of the lowest average body temperatures of any mammal.

This is a bit of a stretch. But there are some rabbits—especially smaller ones—that look similar to possums. In fact, rabbits have incisors to help them chew through tough plants, much like possums.

Another interesting fact is that they are, as a species, the closest living relatives of rodents.

These marsupials are extraordinarily diverse in their morphology. They not only have close family similarities to possums, but to kangaroos, Tasmanian devils, and bandicoots as well. Like possums, opossums are attached (the mothers that is) to their young for a long developmental period.

They are also capable hunters. They are equipped with rows of sharp teeth that are suitable for a carnivorous diet. 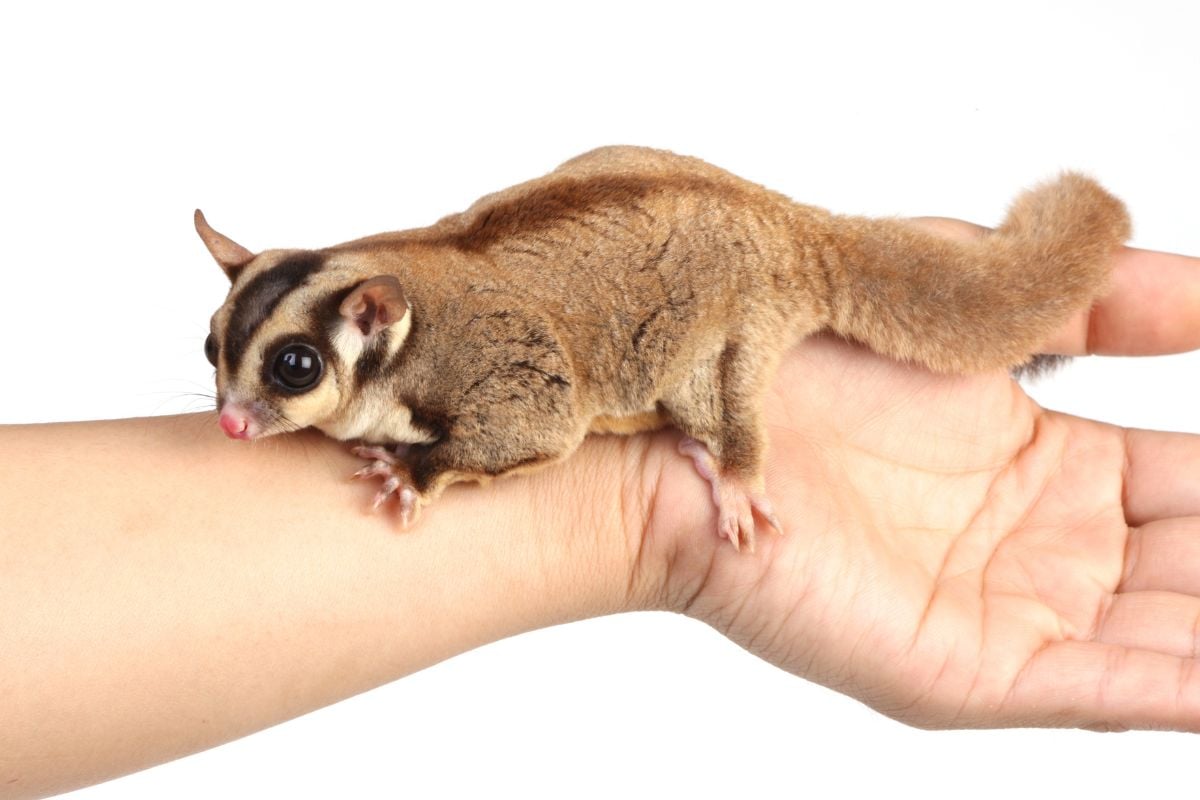 If kept as pets, they can be put in a pocket and carried around. This is probably not the best of ideas, however, as the mammal, like the possum, gives off a terrible stench whenever it feels threatened and afraid. 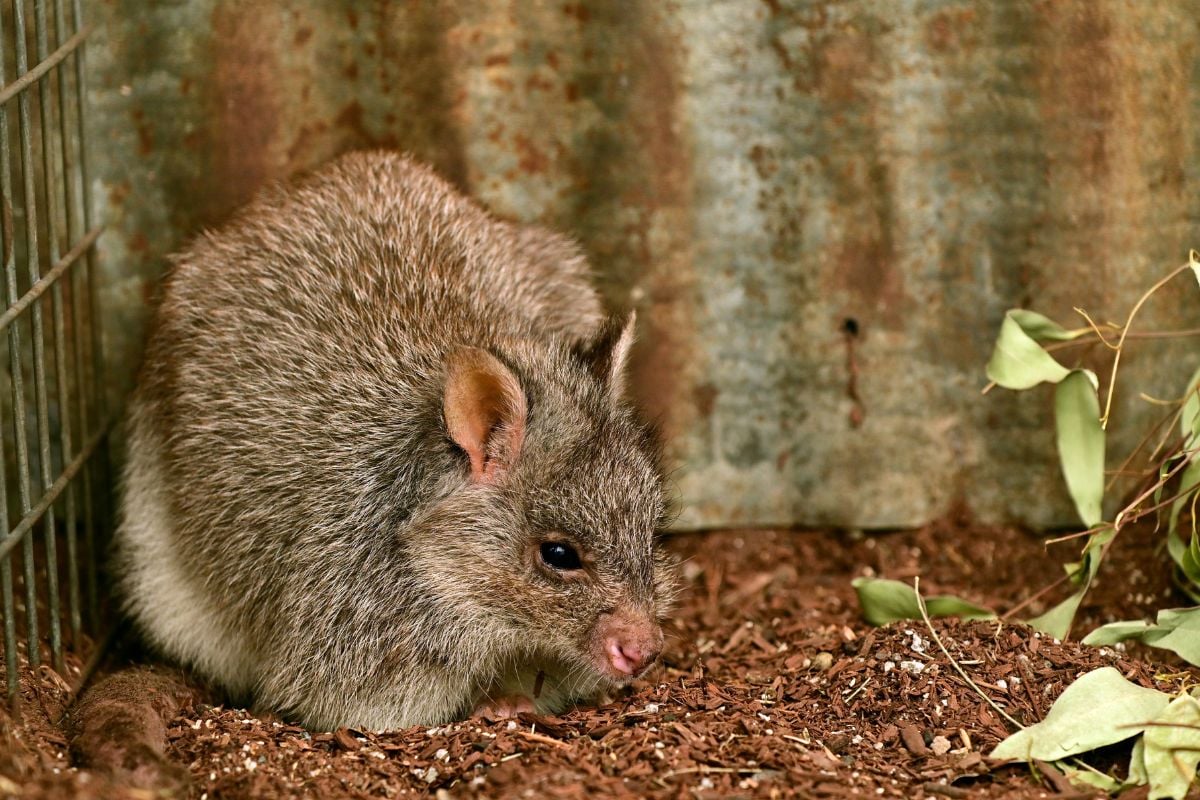 This creature has a stronger resemblance to rats and rodents than does the possum. They are shaped liked wallabies and move bipedally. These animals can no longer be kept as pets or hunted.

See also  18 Insects That Are Similar to Bees

Their species is critically endangered, and they now enjoy protection under the Endangered Species Act. It is now illegal to buy or sell them over state lines. 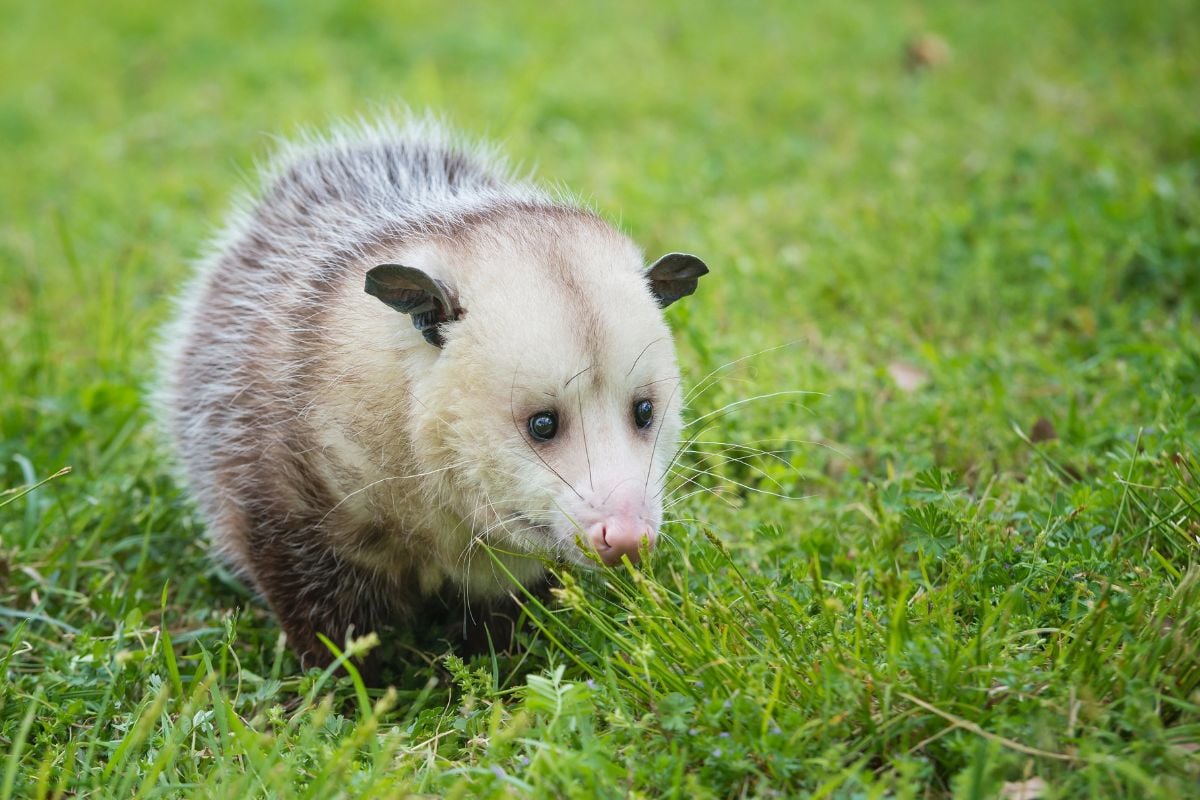 Here is another North American mammal species that is quite similar to the Australian possum. In fact, these are the only naturally occurring marsupials on the continent. They are beneficial to the environment in that they consume pests such as ticks.

They are also one of the few mammal species that are resistant to rabies. Like the possum, the Virginia opossum is docile and harmless to human beings. They only show aggression when they feel threatened.

In the latter instance, they show their teeth, which are sharp and quite frightening. 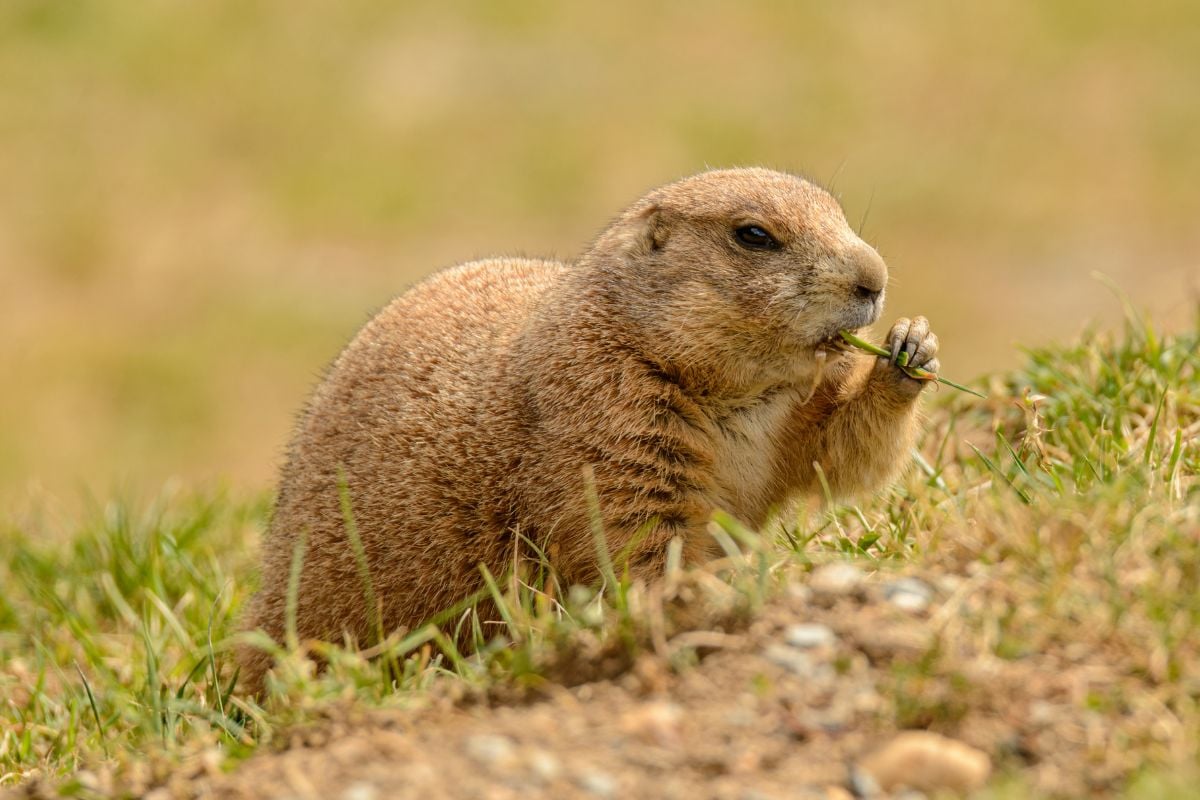 I know that I have spent quite a bit of time going on about how possums are not rodents. However, the two creatures have much in common. Perhaps the most important similarity between these two creatures is that they are both great survivors.

Rats will do anything to live. They congregate in large cities because the latter contains such a large congregation of refuse. Like possums, they are flexible in their diet and have a digestive system that consumes different kinds of foods.

What do possums eat?

The possum is an omnivore. This means that it eats whatever small animal prey or plant matter it can find. Insects, eggs, nectar, fruits, flowers, and leaves are some of the most common things they devour.

The possum has a highly evolved digestive system for a mammal of its size. It can digest tough plant matter that other species cannot.

Which animals prey on the possum?

Our friend has many enemies in the animal kingdom. Snakes, cats, dogs, foxes, owls, and tiger quolls (which are native to Australia) all eat possums.

They have plump bodies, long snouts, big ears, prehensile tails, and very small marsupial pouches. However, you should know that there is much variation in this species. Some possums look more like squirrels; others resemble mice.

Are possums good for the environment?

The short answer is yes. Possums are good for the environment because they help keep the insect population in check. To humans, insects are merely annoying.

To many plant and fauna species, the presence of too many insects can be highly disruptive. Possums help prevent this from happening.

What is the difference between a possum and an opossum?

The opossum refers to the American group of this marsupial species. Possums are the Australian group. The pouch and the prehensile tail are the two characteristics that they have most in common.

Otherwise, they are separated by millions of years of evolution.

Where are possums found?

They are found mostly in Australia, New Zealand, and the surrounding islands.