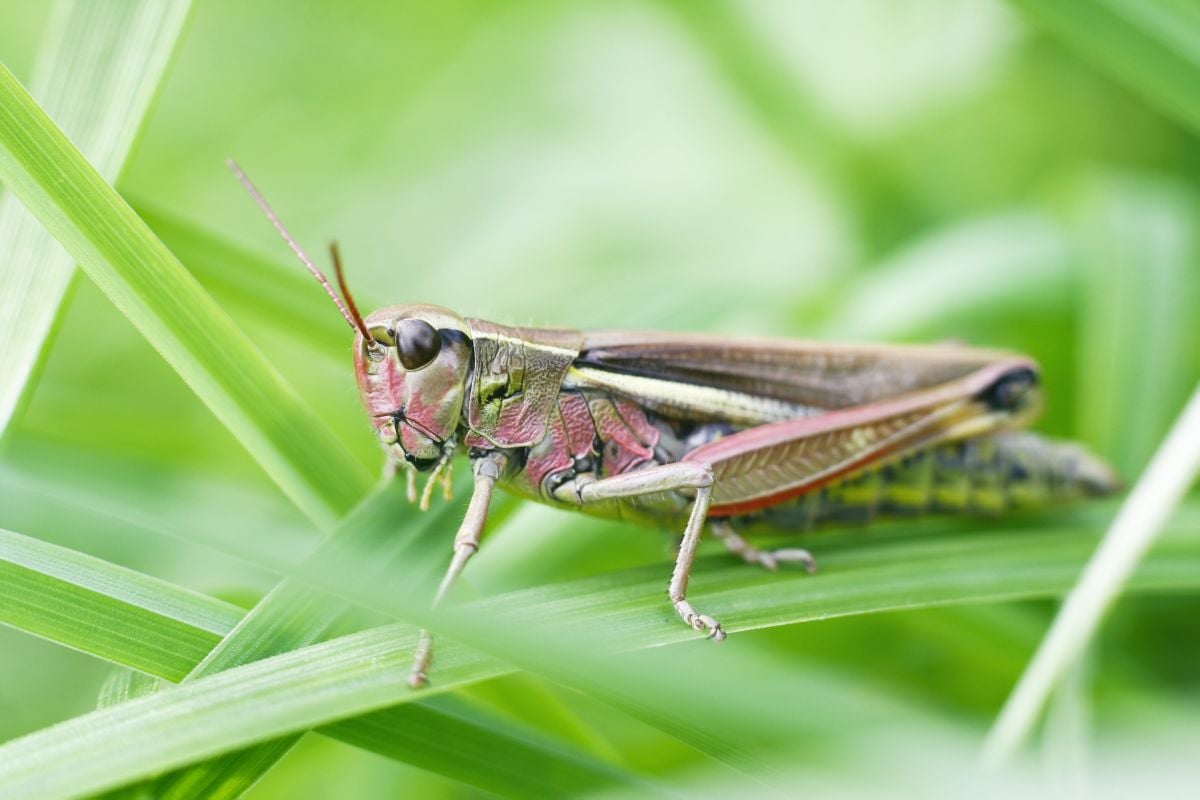 You’ve seen them hopping around in the Spring and Summer, a long insect that may take off in flight after a few minutes of watching them. Looking around, you will see more and notice that they are staying close to crops or flowers, seeking out vegetation. While these grasshoppers will not bite or sting, they put their destruction into the leaves and quality of crops.

Their diet consists of leaves and stems. They will also eat flowers, seeds, or dead insects where they can gather an extra source of protein. Most of these grasshoppers are two inches long and have wings to escape cold weather. The average lifespan of a grasshopper is about a year.

Below are some other insects that could be confused as grasshoppers or are just closely related. 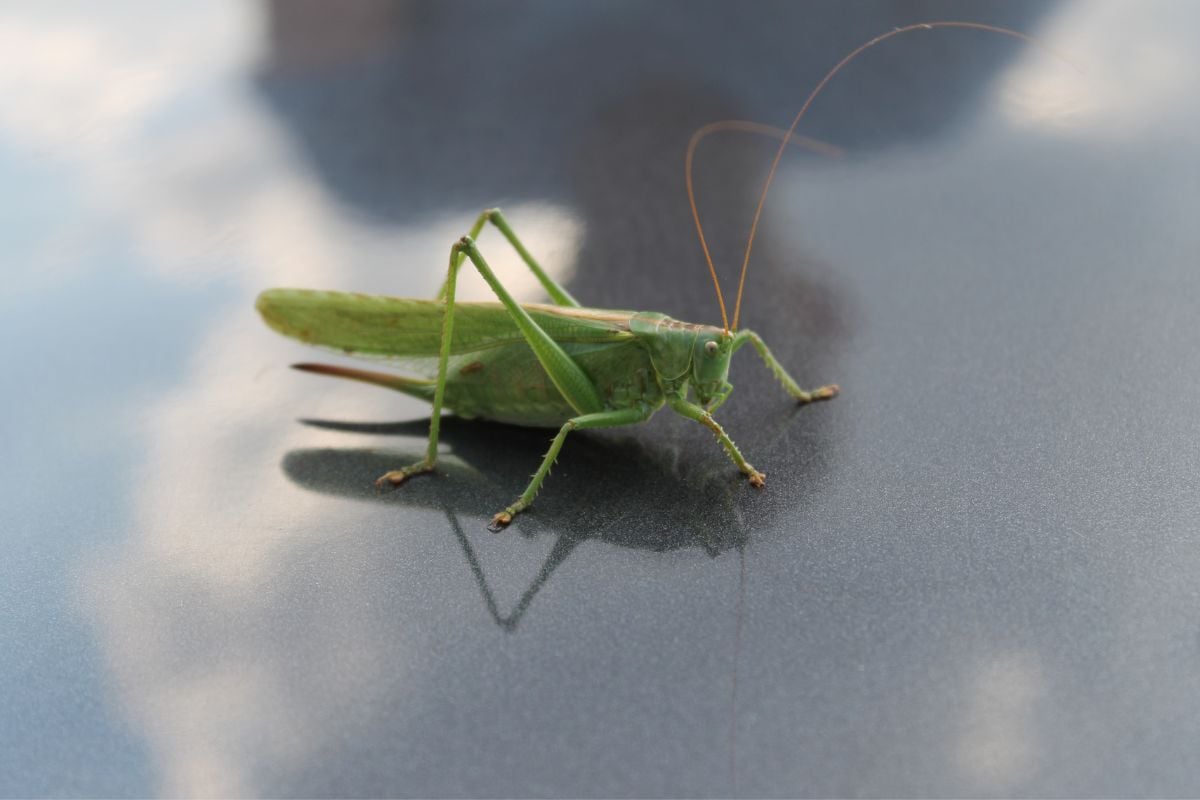 About a half inch shorter than the grasshopper is the closely related cricket. Coming out when it is hot outside and chirping loudly through the early night, crickets are the sound of country living throughout the country. They have long antennae like the grasshopper but do not fly like them.

They also have the long cylinder-shaped body that the grasshoppers have. They are not dangerous but prefer the evening hours instead of daylight. While the grasshopper has ears on its belly, the crickets have their ears on their legs. 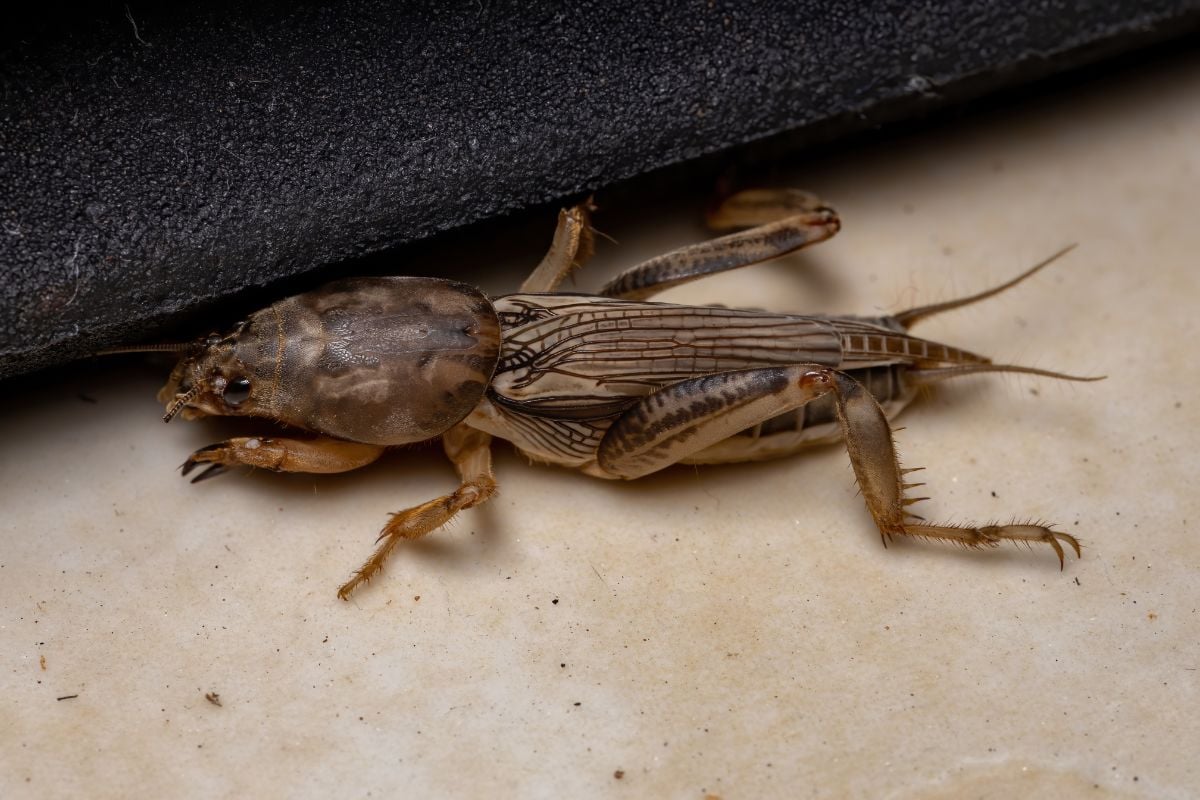 More significant than the cricket, the mole cricket is the same size as a grasshopper, around two inches long. While many of these are herbivores like the grasshopper, there are cases where some will feed on worms and grubs for survival. They are found worldwide and have a loud song, like cicadas. 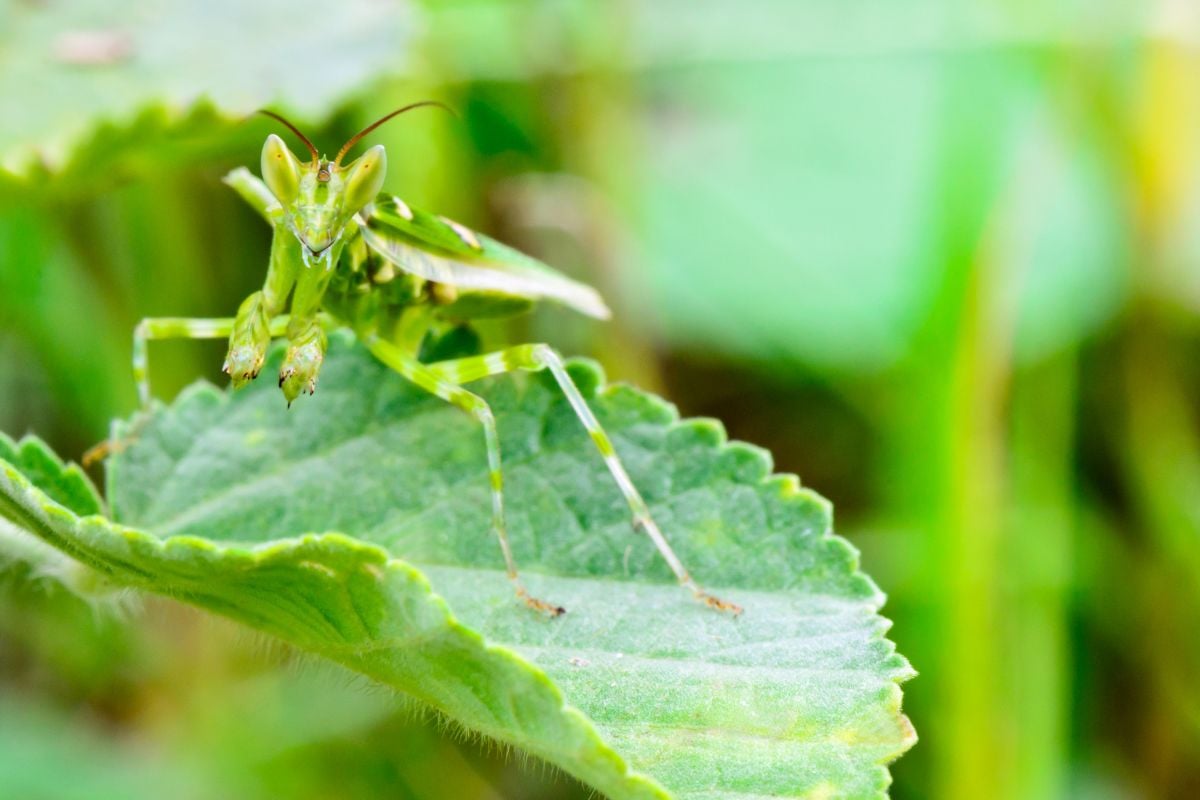 Smaller grasshoppers have been known to be prey for the flower mantis. 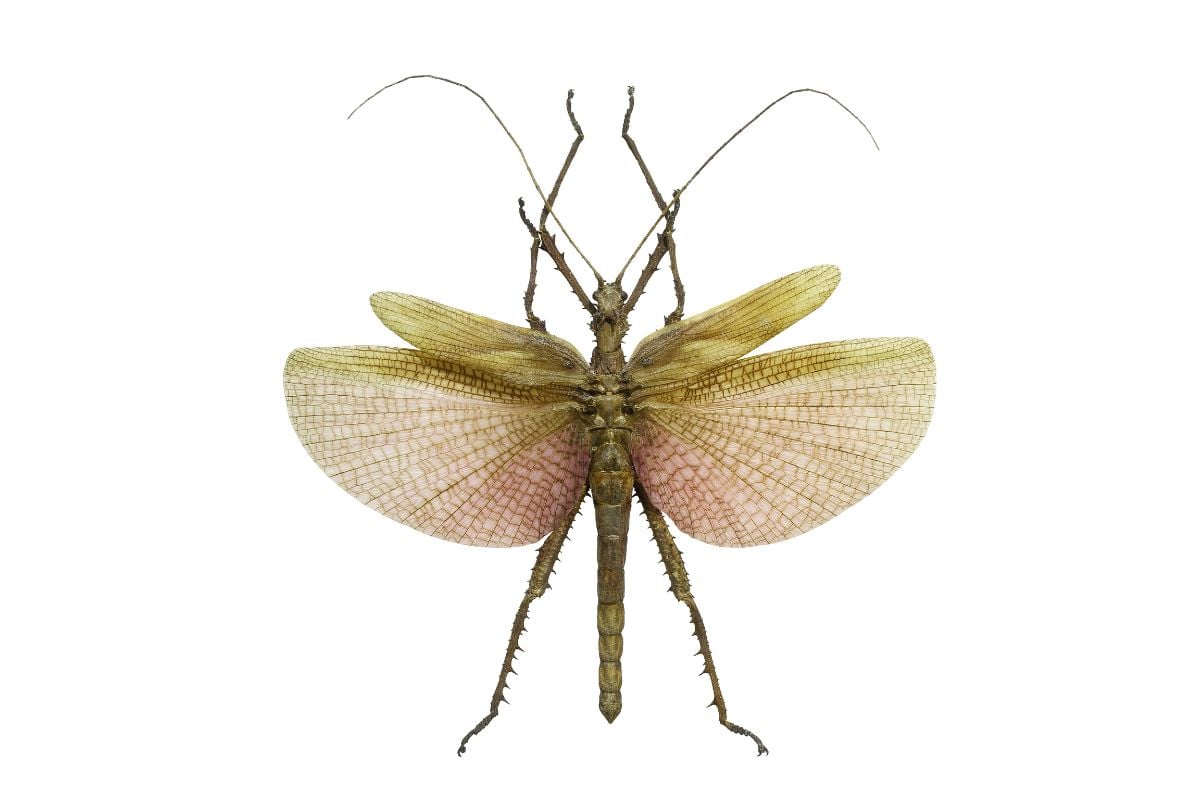 The female wings are not meant for flying. They are native to Asia, although they have been found in other continents due to traveling and trade. They have a similar diet to the grasshopper, consuming the leaves on their hiding branches. 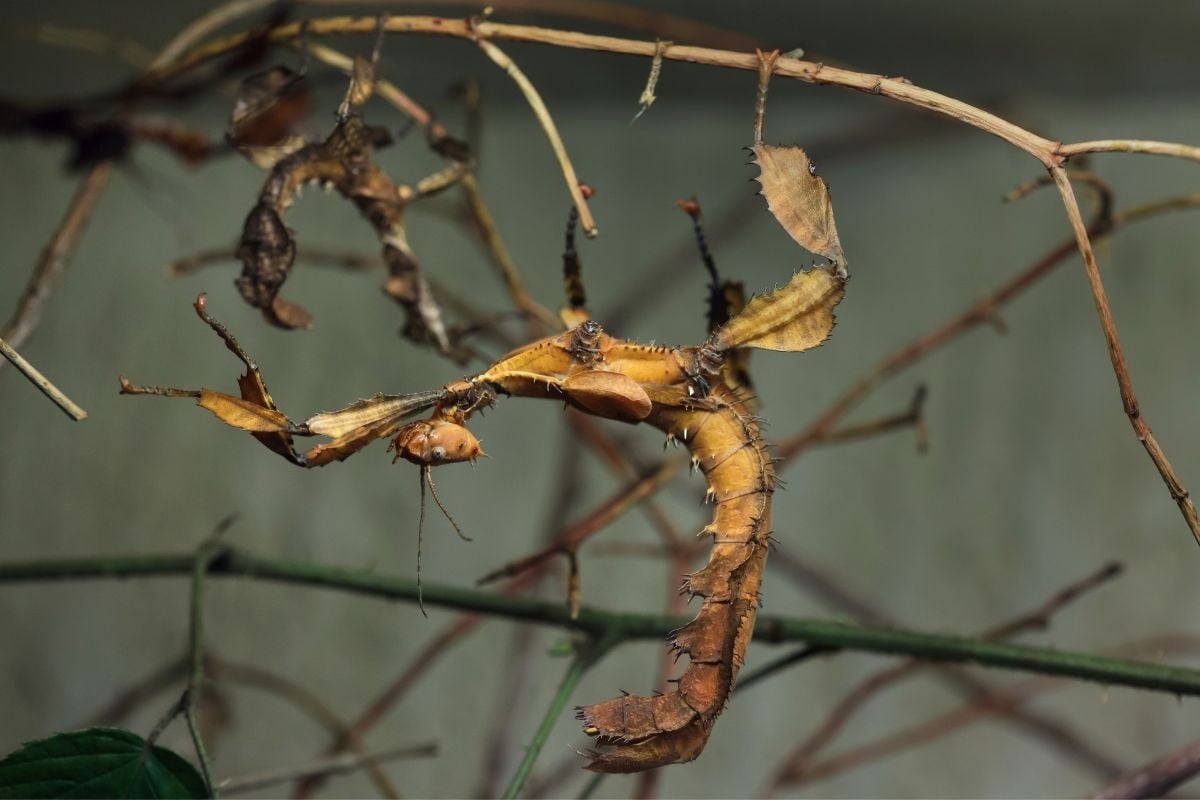 The grasshopper is found throughout the day while the giant prickly stick moves around at night. They are also not verbal like grasshoppers. 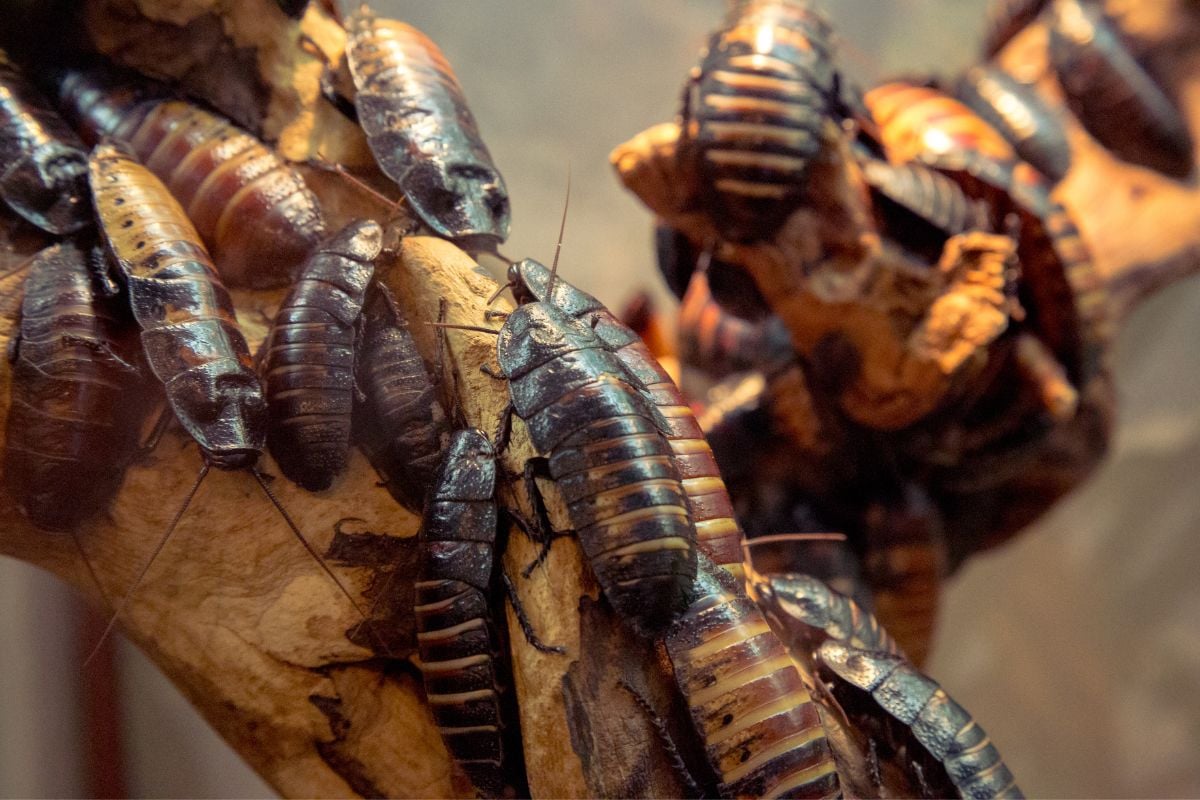 If you are wondering what the hissing cockroach and the grasshopper have in common, it is their sounds and ability to be vocal.  Like the grasshopper, they are also herbivores, dining on the leaves and rotted wood. They are native to the island of Madagascar in a different environment from grasshoppers. 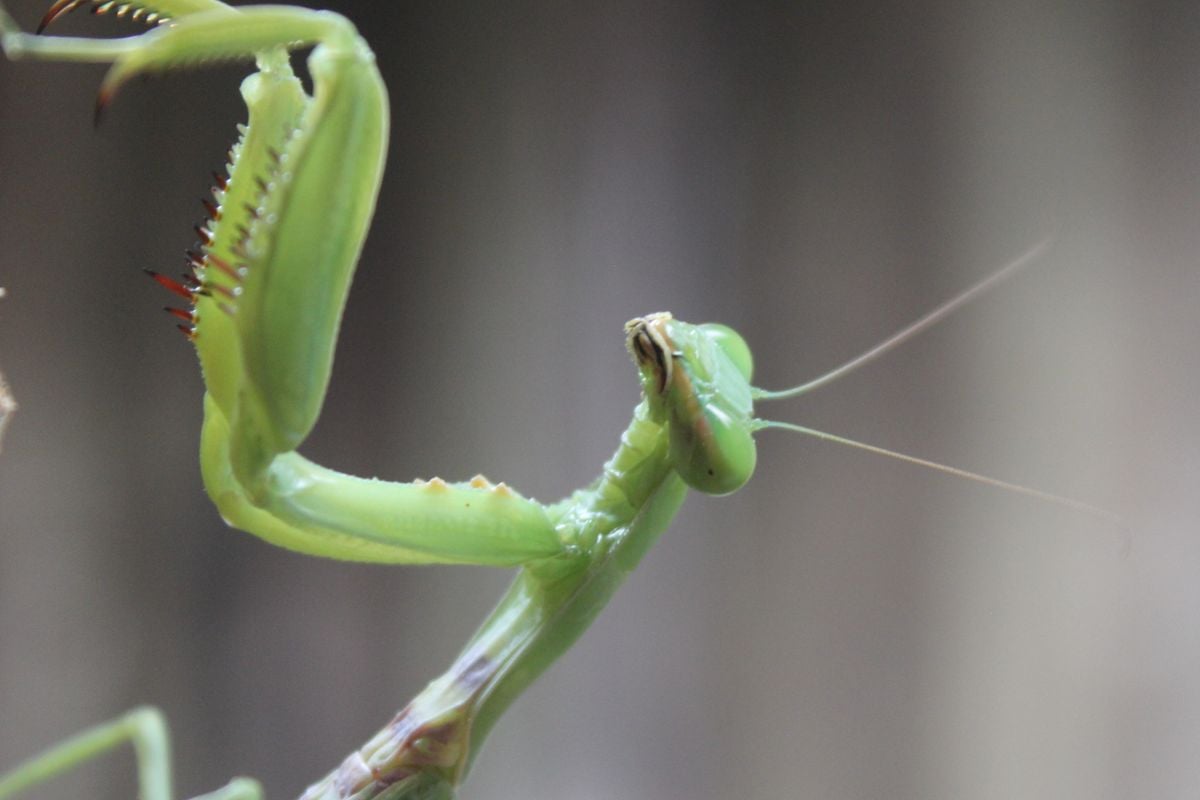 They do not have wings to fly like the grasshopper, but they will prey on grasshoppers and other insects that are found navigating the leaves of different trees and plants. They do live around the same life span as a grasshopper, averaging between 10 months and a year. 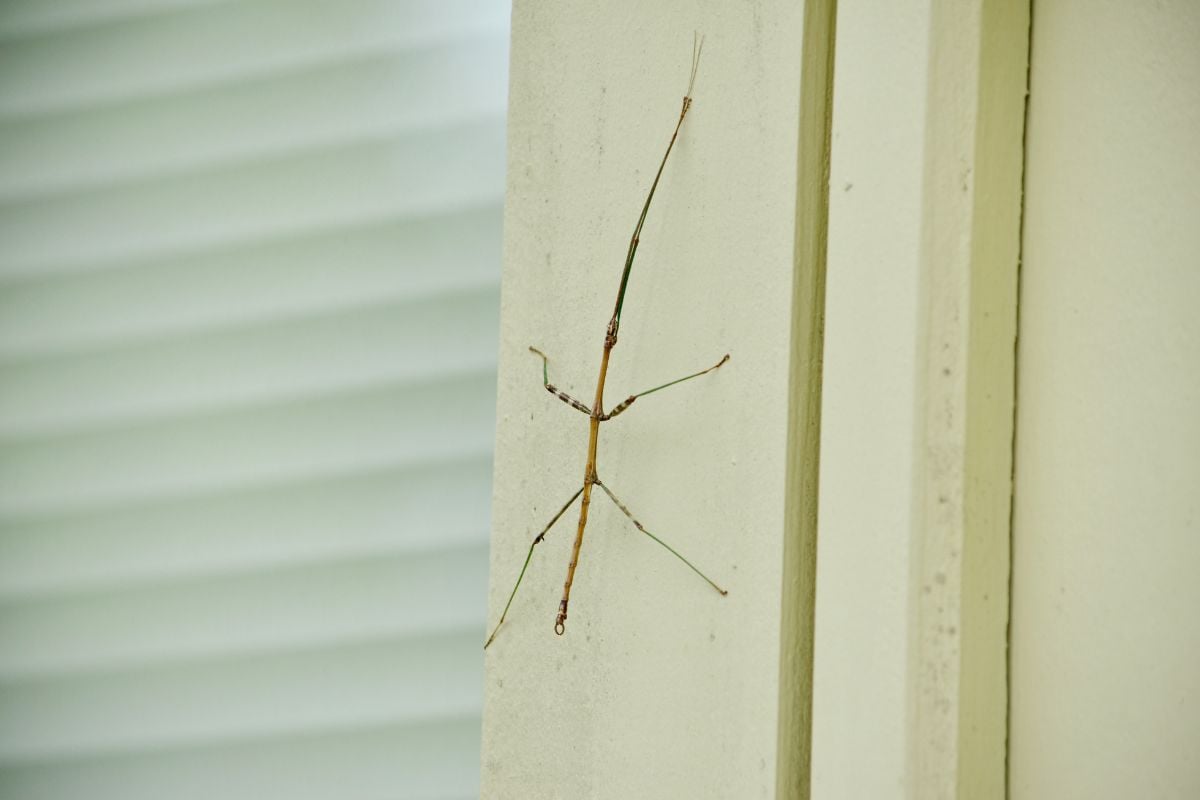 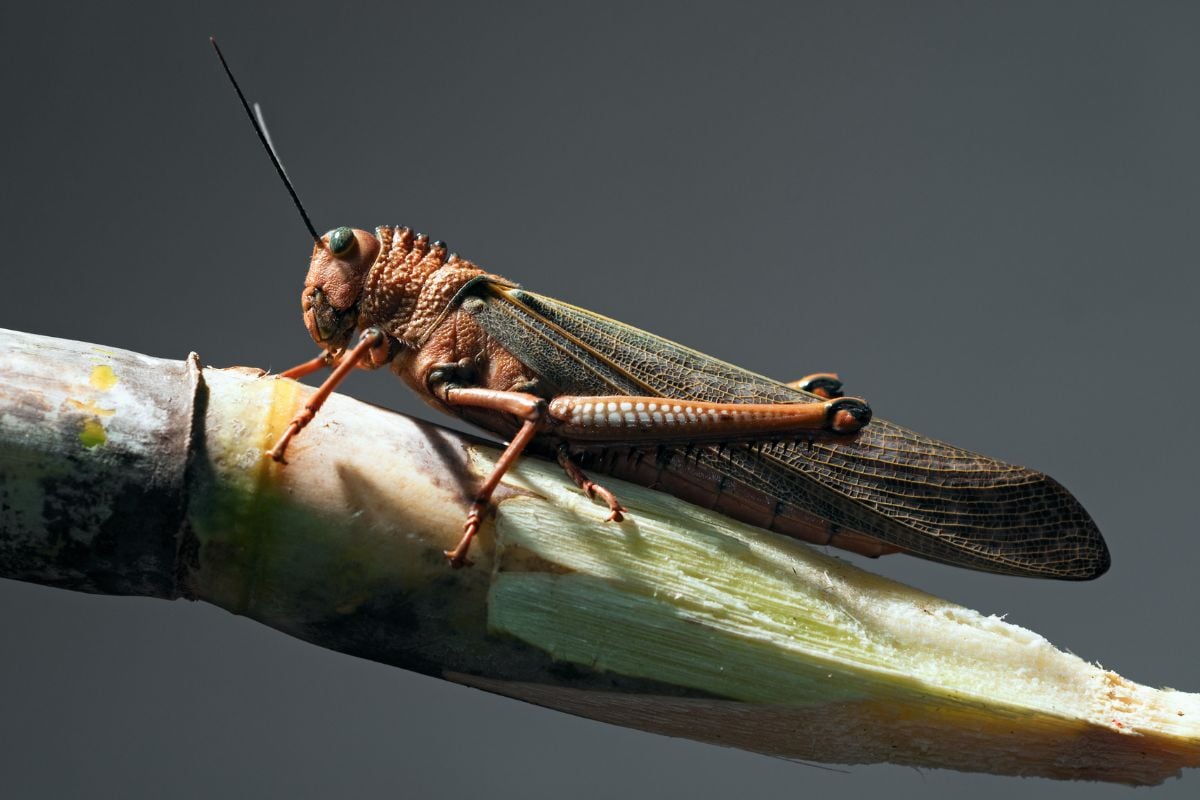 There are lots of similarities between the locust and the grasshopper. They are found on different sides of the world but are related and basically the same. Both of these insects are green and about two inches long.

The locust, however, is not as slender and can be either brown or green in color. They both are herbivores and consume vegetation and leaves where they are. Locusts are especially harmful, usually coming in large swarms and devouring fields at a time before flying to another location. 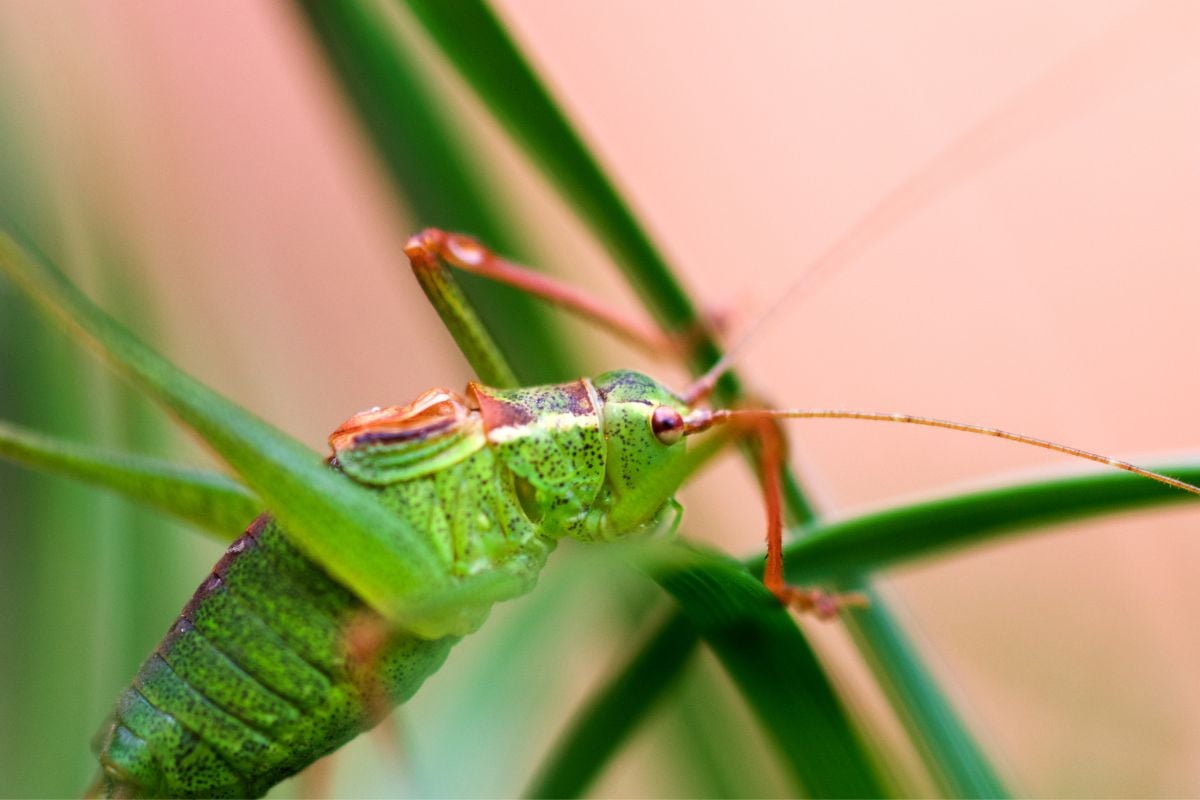 See also  Golden Retriever vs Coyote – Which Is Tougher?

Like the grasshopper, they can live about a year at a time. They are omnivores, enjoying a healthy diet of leaves and other insects. The bush cricket is native to Western Europe, though some colonies have been discovered in North America. 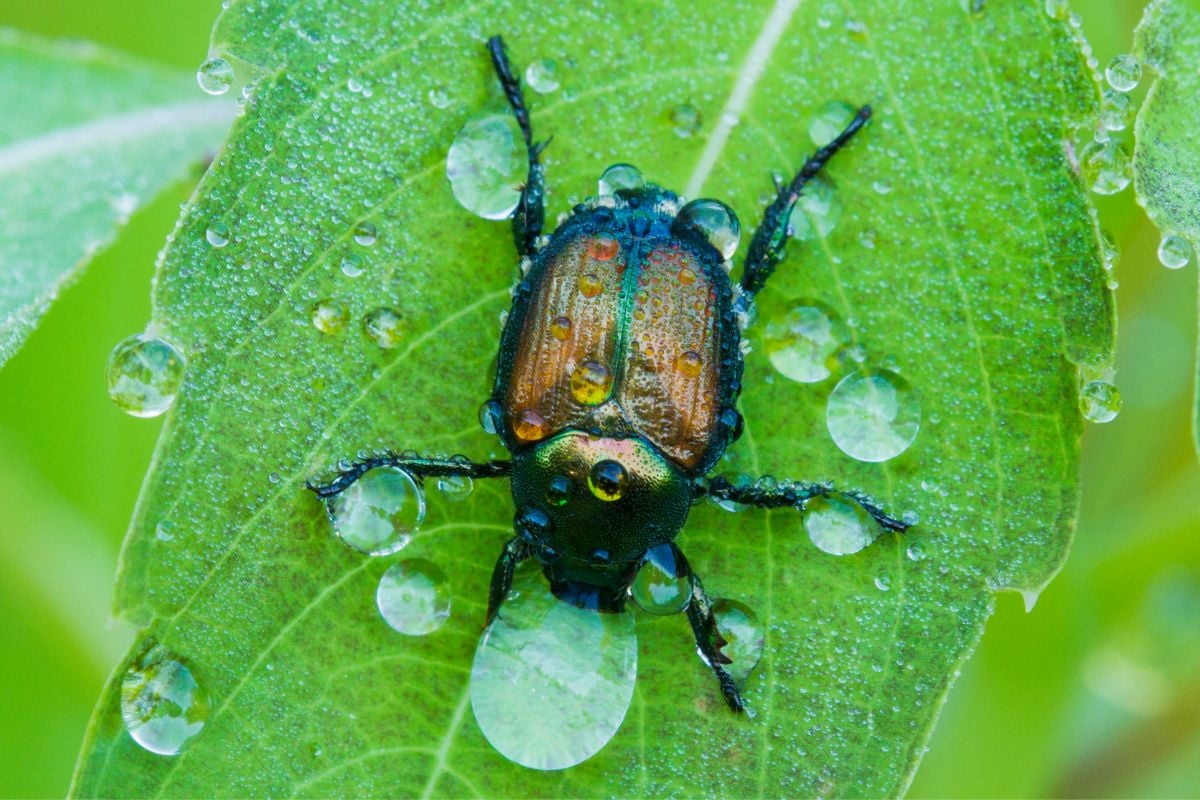 The Japanese Leaf insect shares some similarities with the North American grasshopper in Asia. Both green in color, these insects are slender and have bodies that help hide them from predators in their surroundings. They also both enjoy foliage eating leaves and vegetation.

This is beneficial for plants that need pruning, but there are negative impacts. They both have the ability to be harmful to their environment, destroying good vegetation. Both the grasshopper and the Japanese leaf insect have the ability to destroy healthy plants and crops if they go undetected in an area for too long. 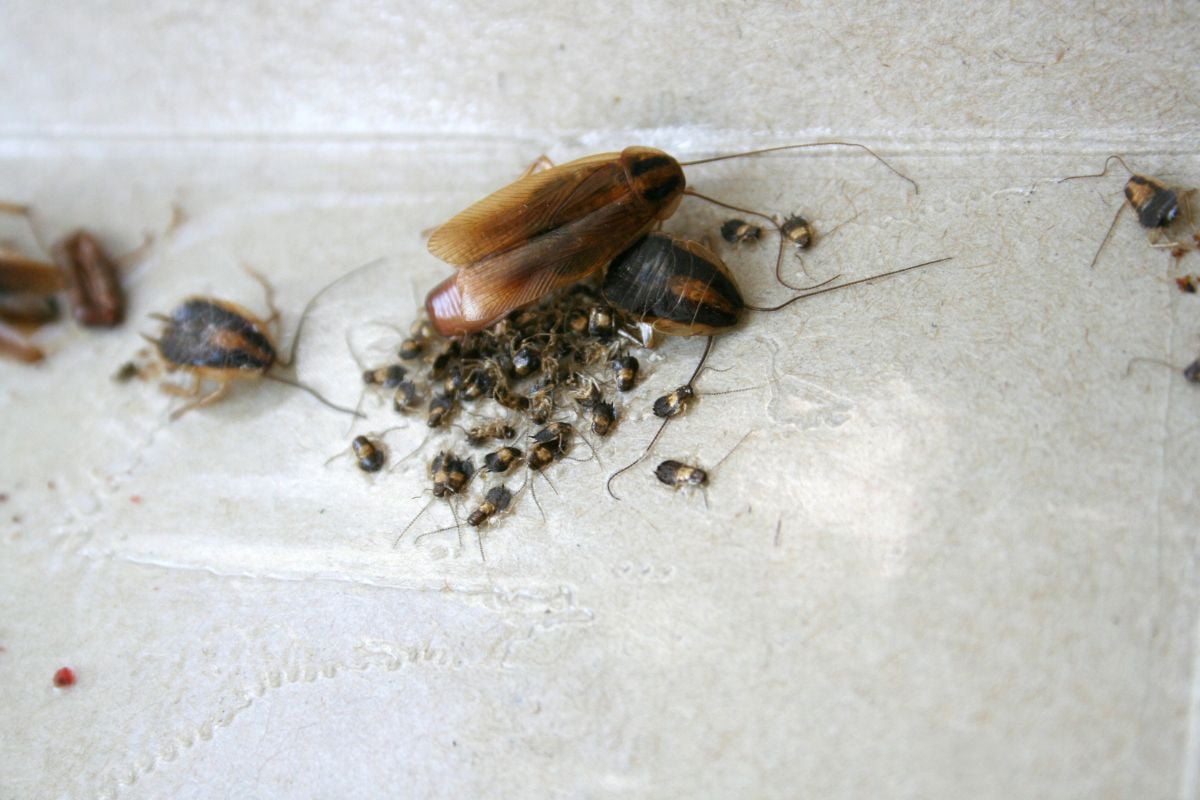 While they may have obvious physical differences, there are some similarities between the German cockroach and the grasshopper. No matter where they are, both tend to be pests and are usually treated to have them removed from the property. They are both six-legged creatures who are not predatory on other insects.

German cockroaches, however, will invade places and eat on food and trash that has a rotting smell or sugar. While grasshoppers are found outdoors, German cockroaches are found primarily indoors. Those found in the wild can be seen cleaning up the trash of the forest, eating rotting wood, trash, and rotted plants. 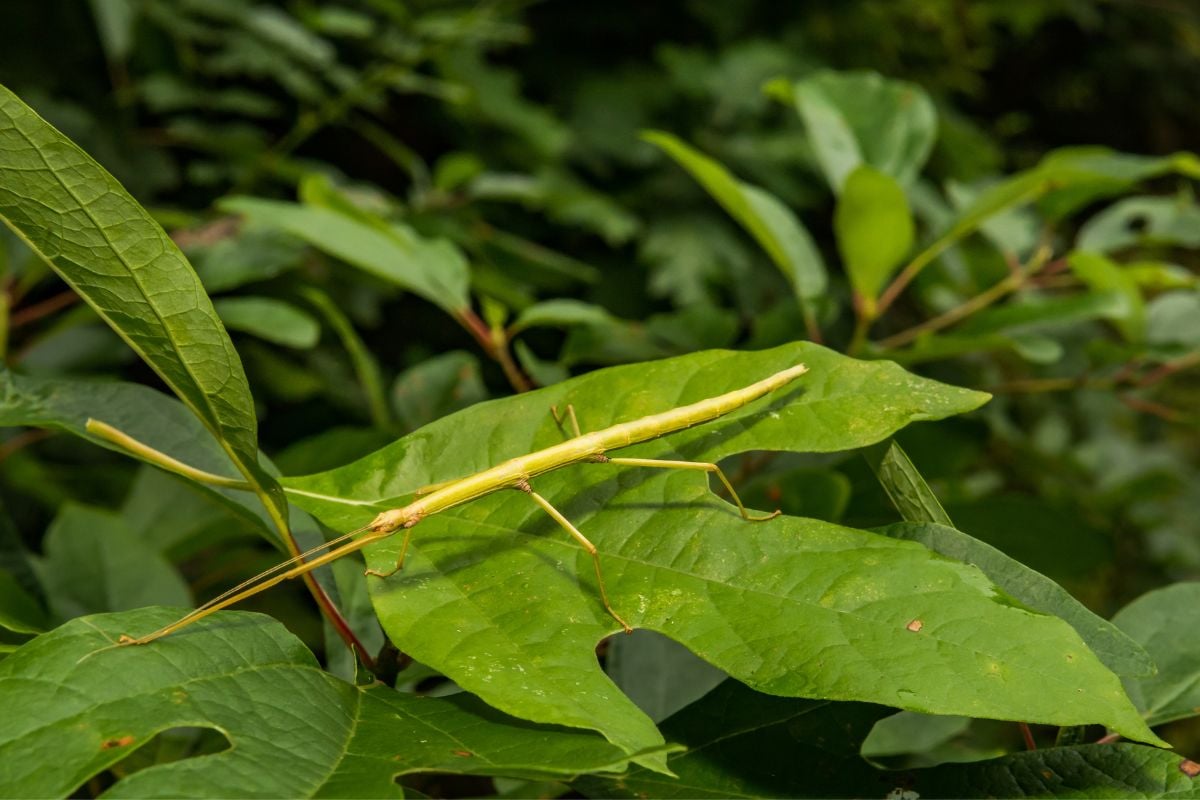 Found hiding among plants in North America is the Northern Walkingstick. You can easily miss it when looking because it will resemble sticks or branches in its environment. It is longer than the grasshopper by about an inch, but they have a similar slender body.

They also have a lifespan of around a year, just like grasshoppers. Both these insects are herbivores and use their mimicry to avoid predators like the grasshopper. They can be either green or brown, depending on where they are in their environment.

While the grasshopper can fly, the Northern walkingstick cannot. 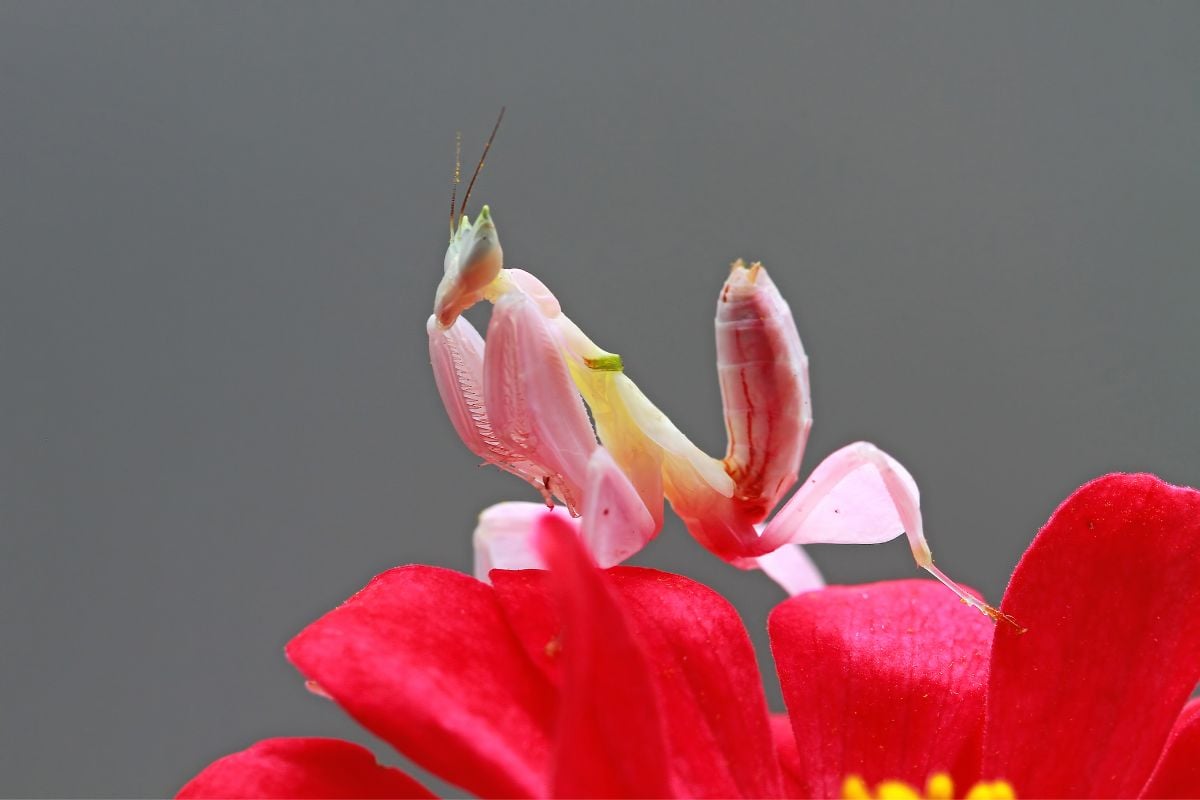 Another insect that enjoys sound and has a green body is the False Katydid. They look similar to the grasshopper, just more comprehensive through the middle but about two inches long. They are found in wooded areas and also grasslands like the grasshopper and can camouflage right into the plant where they are dining. 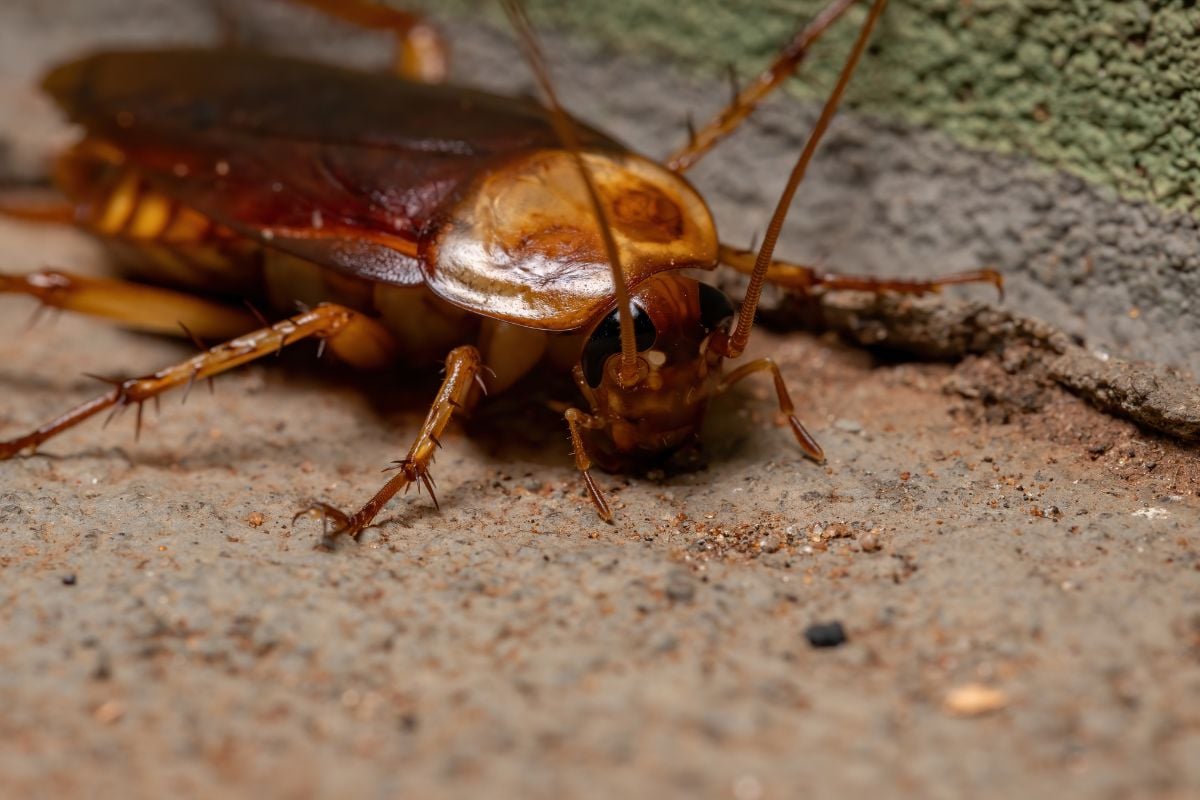 Both of these insects have six legs and move throughout the day. While the grasshopper will live about a year at a time, the American cockroach can live around 18 months on average. 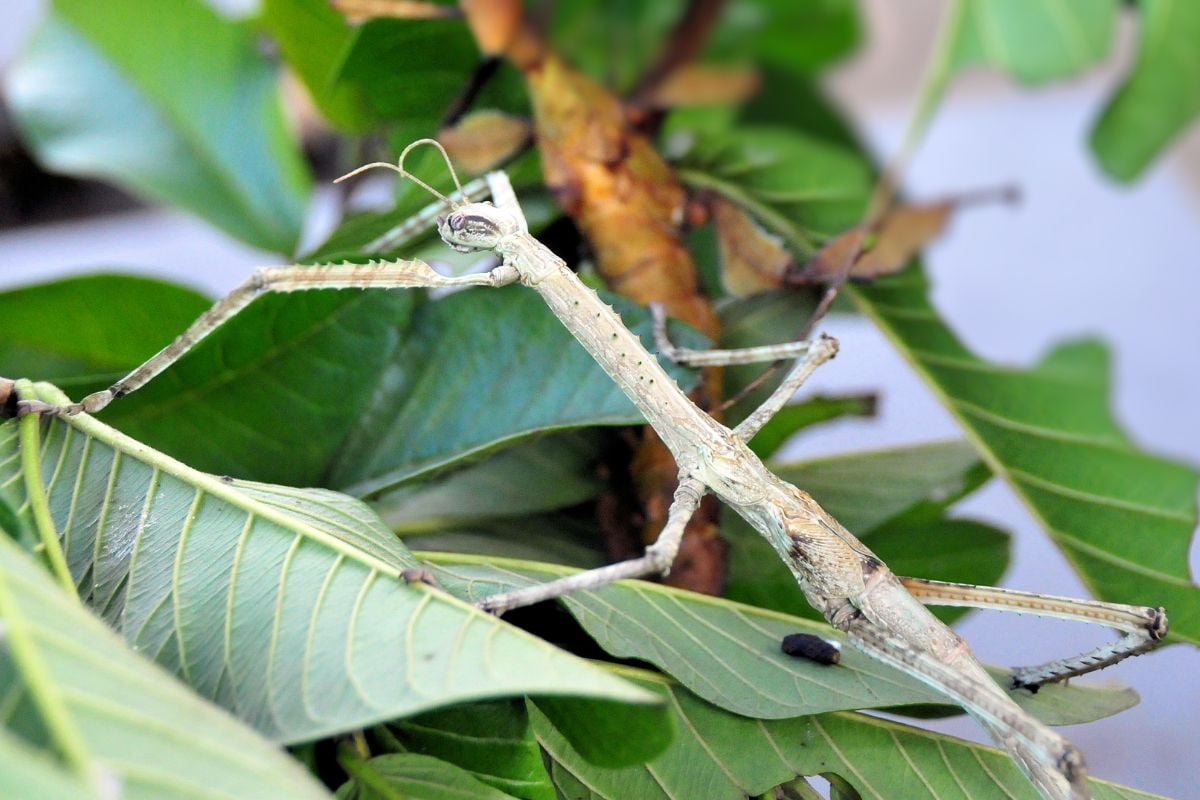 The Peruvian firestick is a unique insect that is similar to the grasshopper. Both of these insects are herbivores, taking advantage of the foliage in their environments for food. The preferred diet of the firestick is ferns in the rainforest.

However, one big difference between these insects is that the Peruvian firestick does not take on mimicry and disguise itself from predators. It takes a different approach with bright colors, appearing poisonous and keeping them away with their body fluid. 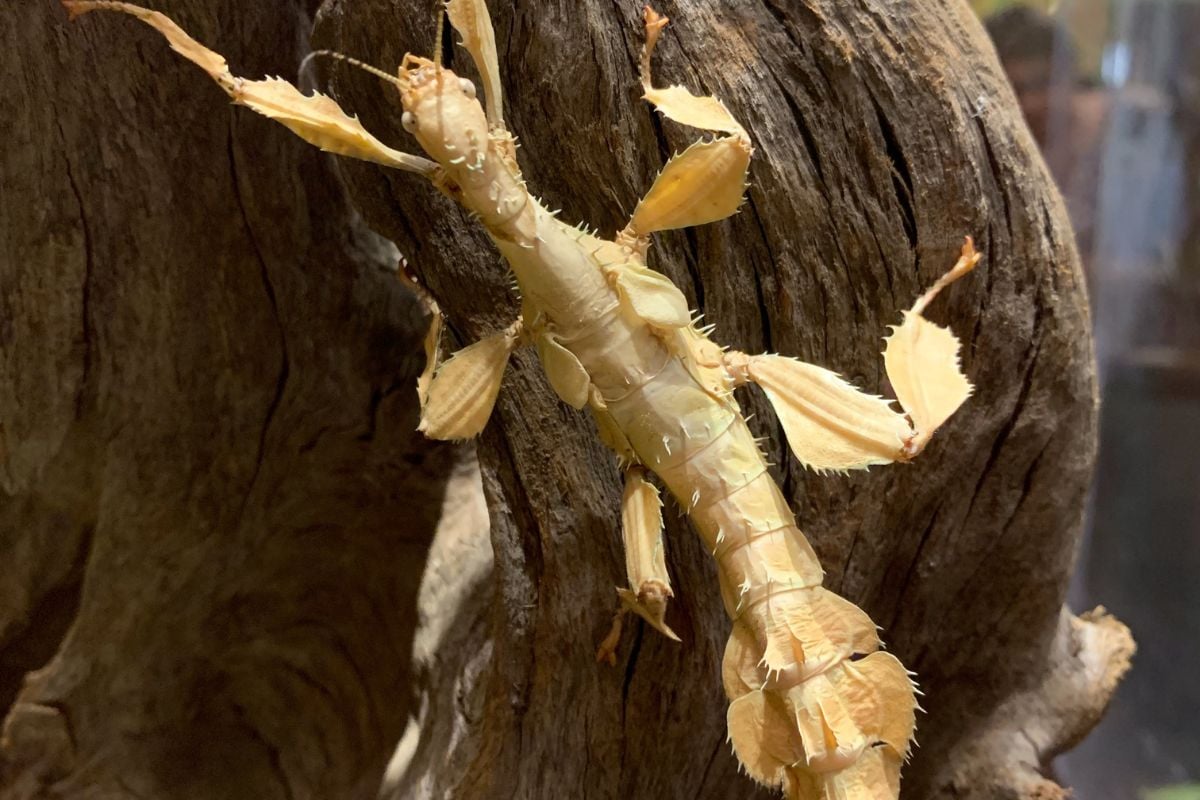 What they do have is a spiny defense if they are picked up by predators. Instead of being vocal like grasshoppers, they release a terrible smell and ward off predators. They share a similar diet with grasshoppers, enjoying shrubs and leaves, which can be dangerous if left unattended for some time. 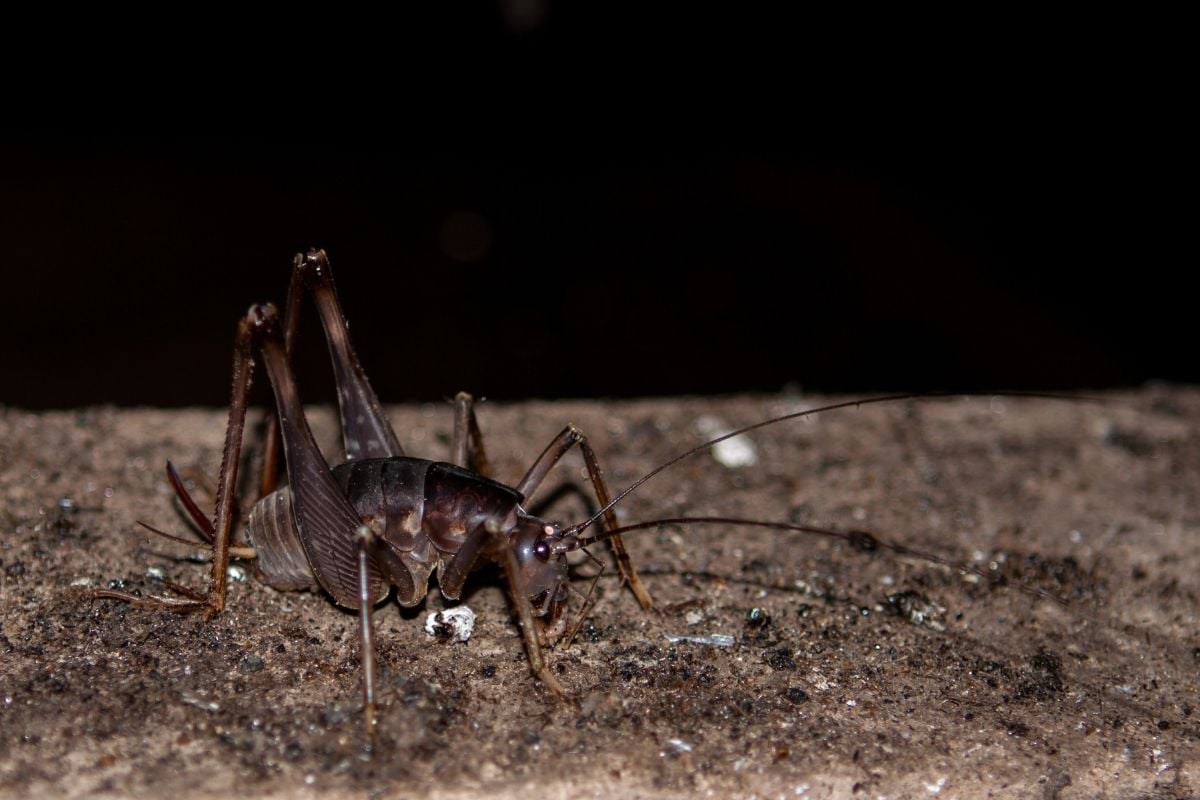 More extensive than a grasshopper, the cave cricket takes the same shape as them; however, just brown. The cave cricket is about three to four inches long, and they have long antennas. They are found in North America, but not in the grasslands where the grasshoppers are.

They are hidden in dark and damp areas, primarily caves and other areas where they can keep that same environment. They cannot fly, but since their legs are much longer than a grasshopper, they can take long leaps to navigate away from predators. Their lifespan is double that of the grasshopper, living about two years.

Where do grasshoppers lay their eggs?

After mating, the female will enter the soil and dig a small hole to deposit eggs. This will happen multiple times until she passes away, leaving nests all along a property.

Because grasshoppers are usually out eating early in the morning after the dew, they get their water from the leaves they are eating.

What types of defense mechanisms does a grasshopper have?

There are no foul odors or spines on a grasshopper, so they are limited in their defense options. Sometimes, if they want to discourage a predator, they will essentially release the contents of their stomach to deter predators.

See also  Do Anteaters Eat Every Type of Ant? If Not, Which Types?