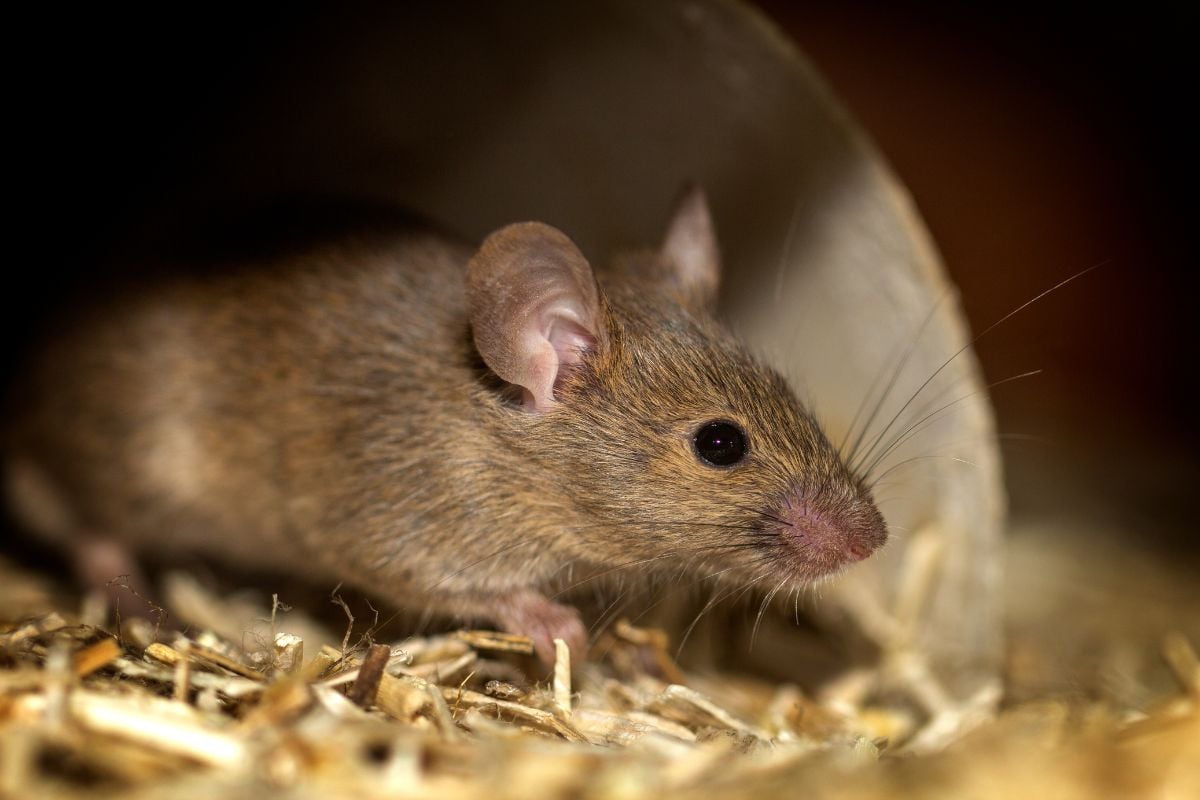 An animal that can literally be found in any part of the world is the pesky rat. It can come in over 1000 species, but they all share the same life goal, and that is to scavenge whatever they can find and survive. They eat anything and everything as a means to survive and are attracted to areas where there is a large food source, paper, or tall grasses for nesting and staying warm throughout colder nights.

There are some animals that are similar to the rat, either in size, scavenging practices or just being a part of the rodent family. 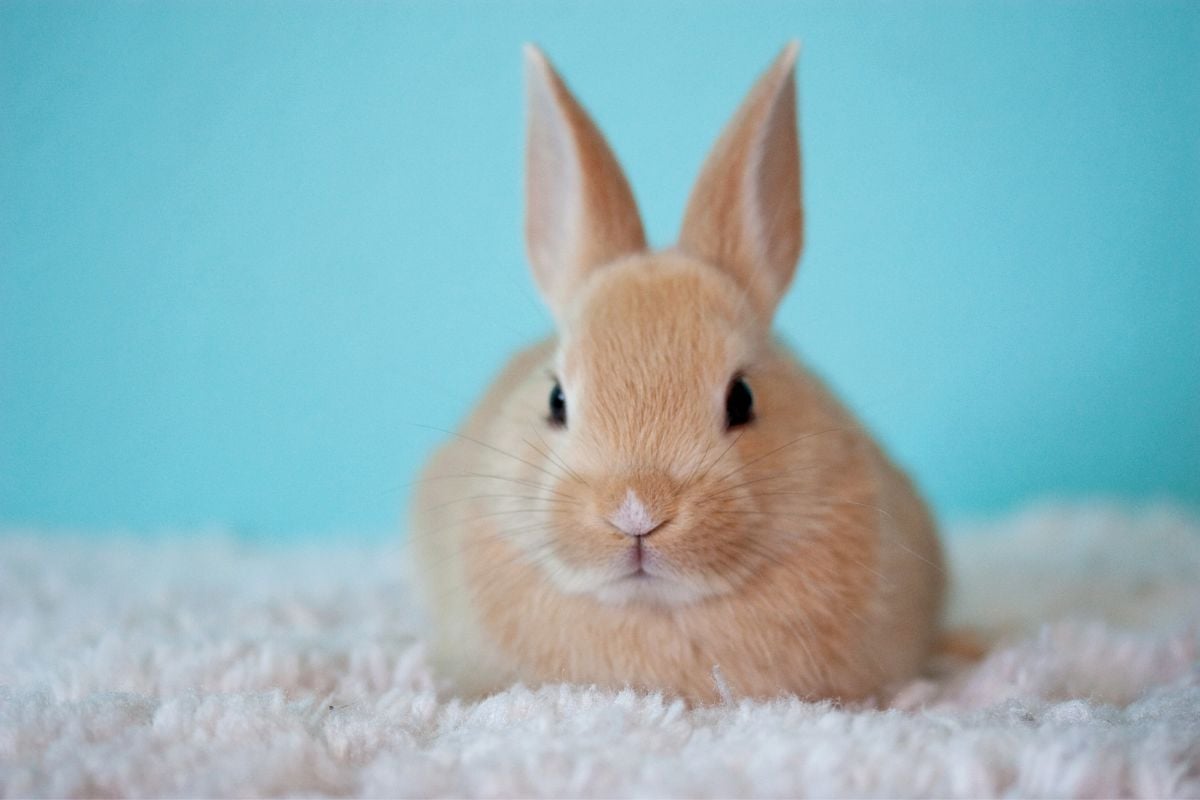 While they are often thought of as cute and cuddly, the rabbit is actually pretty similar to a rat. With a similar shape and look, the rabbit is often much larger, by about 10 times. However, they are considered to be a rodent, very much like rats,s and will scavenge for the food that they like.

Also, like a rat, the rabbit has a variety of species that are found all around the world. They do differ in their diet, however. Rabbits are very strict about being herbivores while rats will eat anything. 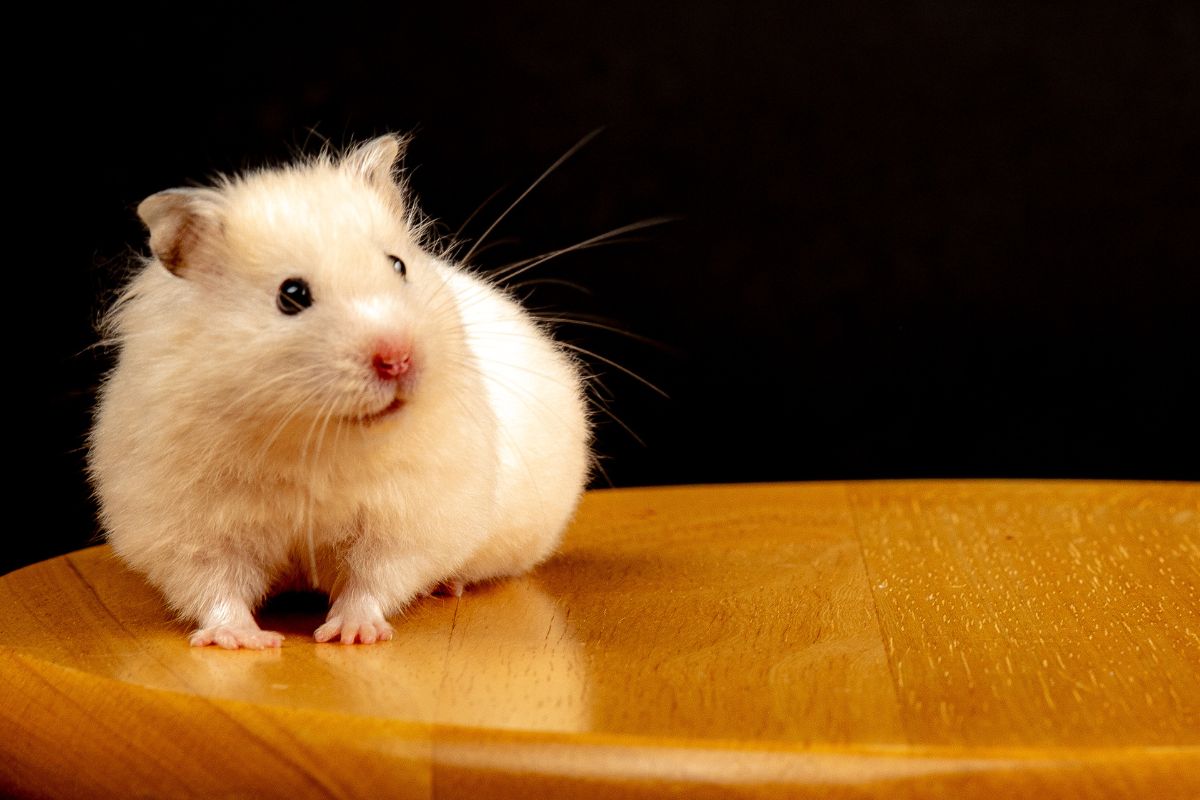 The hamster is another animal that is similar to the rat. They are virtually the same size, with the biggest getting up to around a foot long while most are just a few inches long at maturity, this is also true for the rat. They have similar diets with the hamster being an omnivore and needing to have food available around the clock.

Where they differ, however, is their activeness. Hamsters spend most of their day sleeping and are only active in the early morning or late at night. Rats are pretty active through the night when it is calm and they can hide easily from predators.

Hamsters have been primarily domesticated and are not found in the wild like rats. 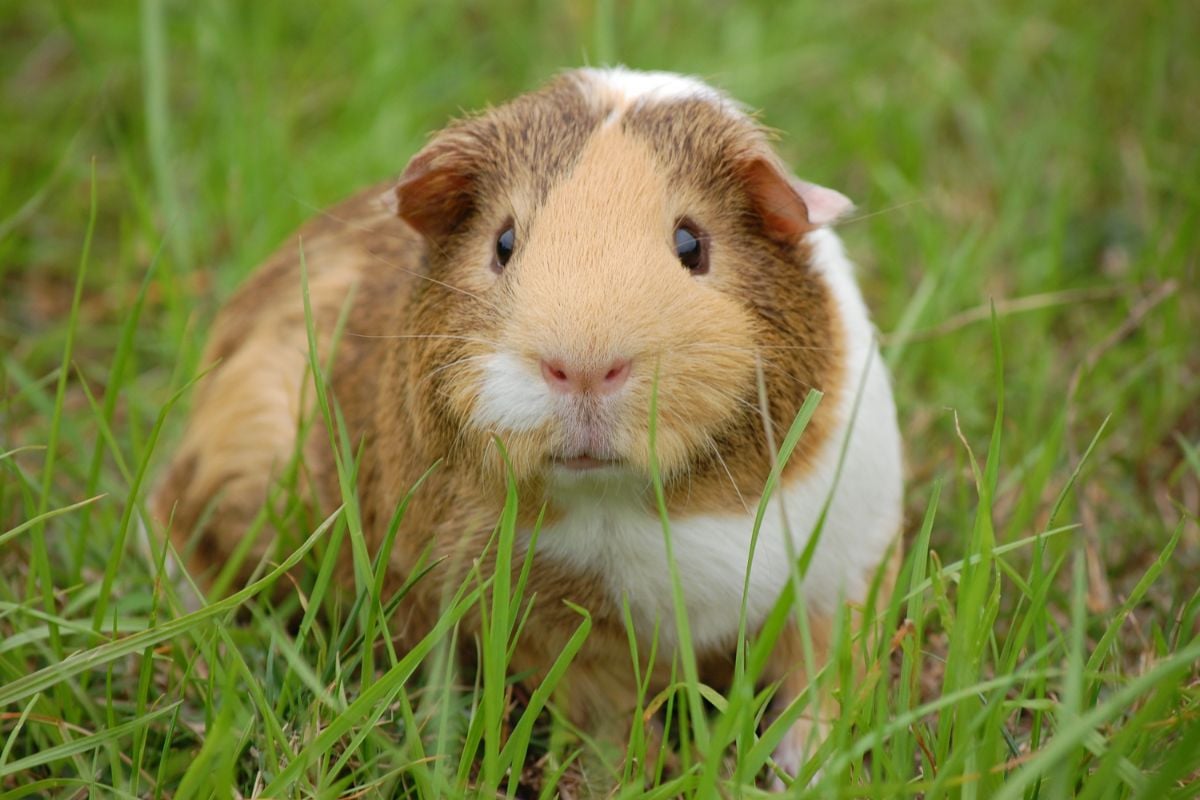 Like some rats, the guinea pig is primarily domesticated and found as a pet. They average around 8-10 inches in length, which is similar to the rat. The guinea pig does have a stricter diet than the rat, however.

They are herbivores and enjoy a diet of greens and fresh vegetables. They have a little longer lifespan than rats, living between 4-6 years on average. Like rats, they enjoy nesting and making their own space to return to after eating.

One big difference between the rat and the guinea pig is their interest to communicate. Guinea pigs will pop up like popcorn when they are excited and make squeaking or purring sounds. Rats have no interest in communication but will squeak if they are scared. 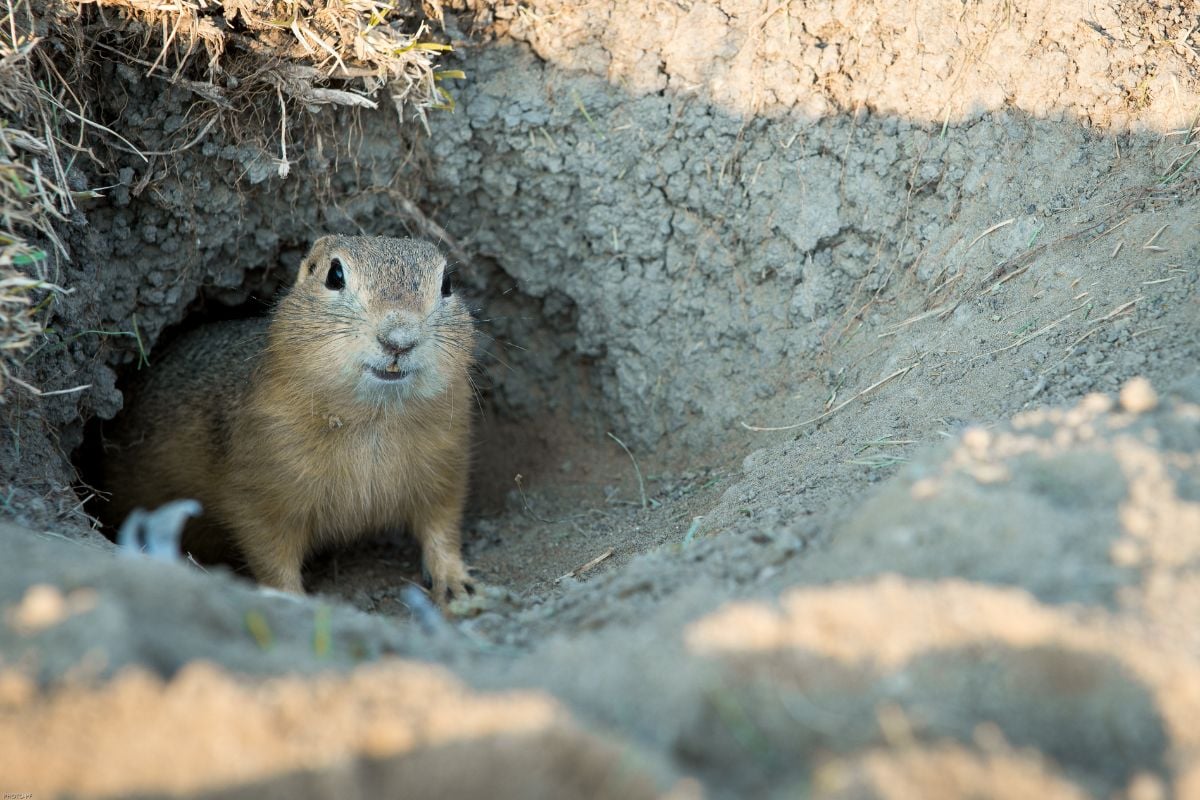 The gopher lives out in the wild but is similar in size to the rat. Instead of building a nest in the grasslands like rats, a gopher will burrow through the ground and make tunnels for safe traveling. They are considered rodents, like rats, however, because they have a tendency to become a bit of a pest over time.

While rats will dine on anything, gophers enjoy plant roots and shrubs in their plant-based diet. They are also only found in the Americas and not as widespread as rats. 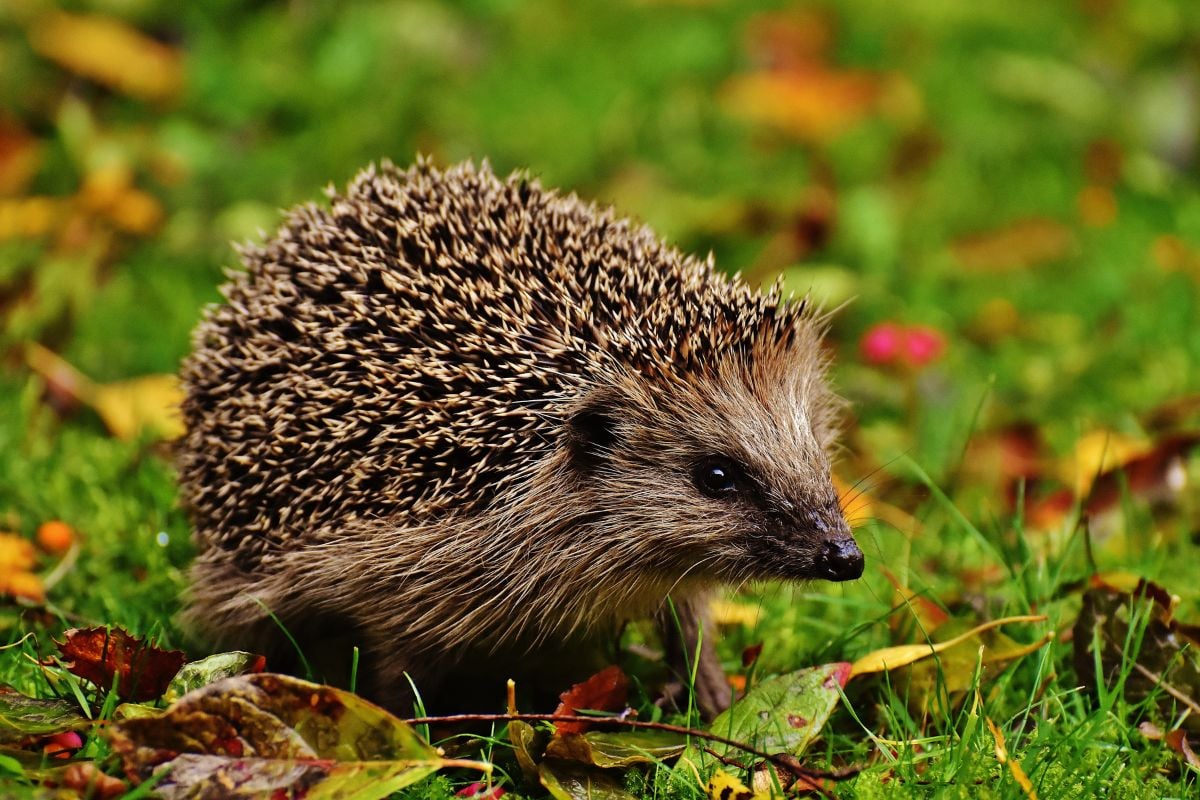 Found in the Eastern part of the world is the hedgehog, which is closely related to a rat. It is small like a rat and enjoys a similar diet. While they are curious and will eat a lot of opportune foods, they do primarily enjoy food such as worms, small insects, and native berries.

As a defense mechanism, they have quills for protection against predators and situations where they do not feel safe. In these areas, the hedgehog has been domesticated and is a pet like some rat species. 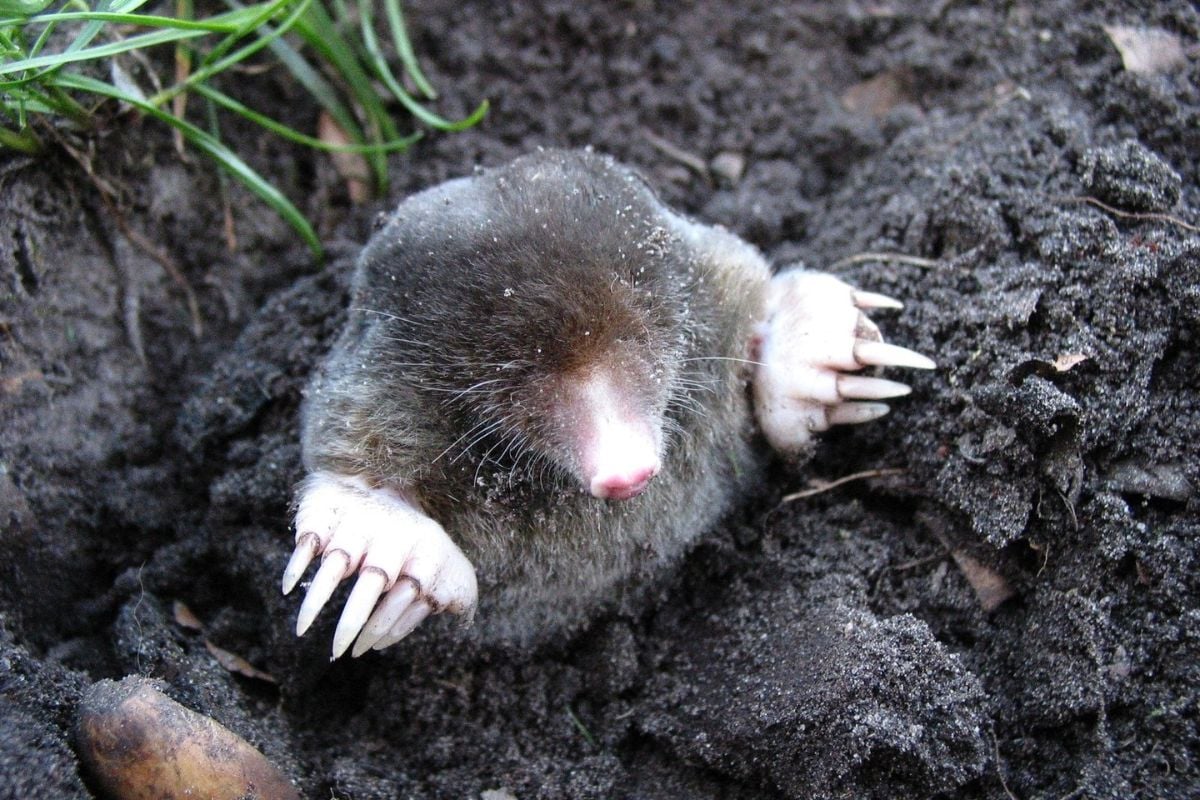 Acting as a loner and an average rodent in the Americas is the mole. While rats migrate on top of the land, the mole is digging below the ground catching food in tunnels. Both are small mammals and omnivores.

The mole enjoys a diet of worms and will make a path to their food source regularly, like rats. Both the rat and the mole are prey to larger animals like cats, foxes, and other birds soaring over in the sky. Their biggest differences, however, come in their environments and where they choose to live. 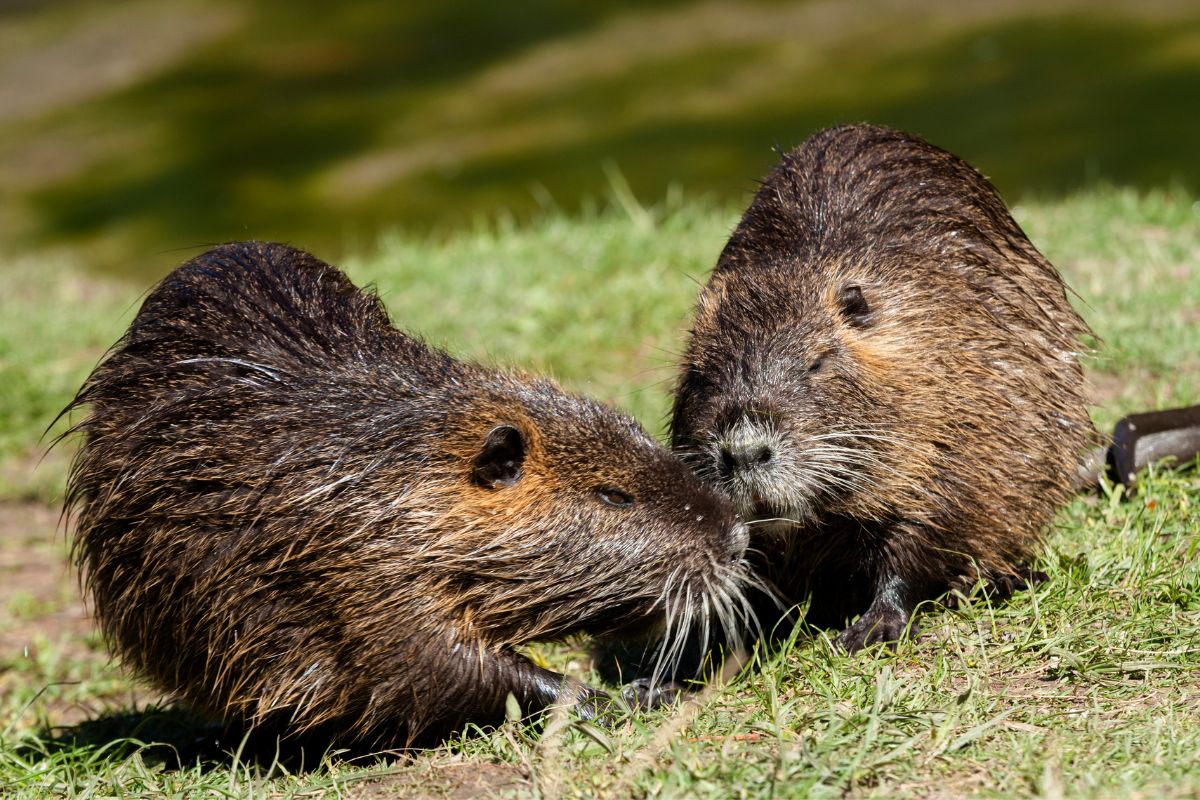 About three times the size of a rat is the nutria. Similar to the beaver, the Nutria is native to South America and shares some similarities with the rat. The nutria has a long tail that is similar to a rat tail, and they like to scavenge the area where they are staying.

They are different in more than size, but also the nutria has a preferred plant-based diet. Both the rat and the nutria enjoy the swampy habitats. 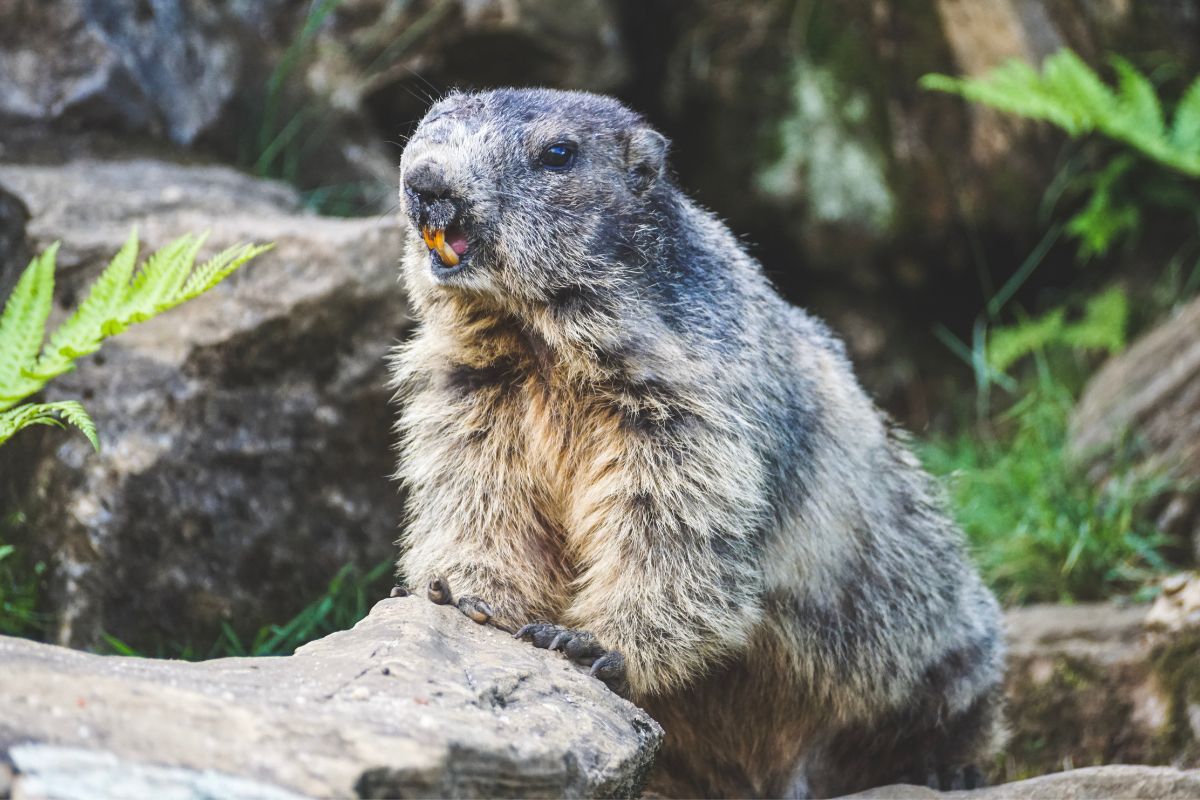 The beaver is similar to the nutria, but it is found primarily in North America. Even larger than the nutria, the beaver is about five times the size of the average rat. They have a bit of difference in their habitat preference of water being nearby where rats do not have to the water.

They are both similar because they are classified as rodents and share predators when out in the wild. They enjoy chewing and leaving their mark on the trees or property where they are doing the damage. 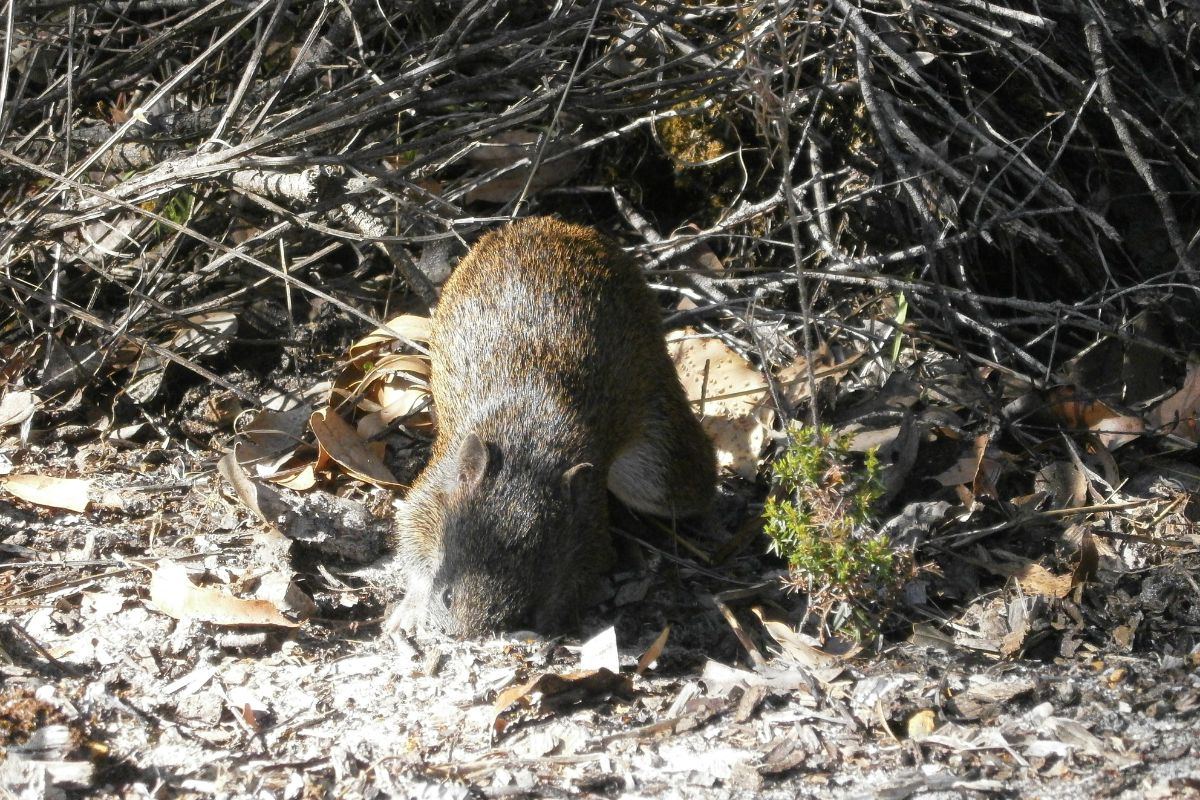 Native to Australia, the Bandicoot is a cousin to the rat. The biggest difference between the bandicoot and the rat is the fact that the bandicoot is a marsupial, carrying its young in a pouch. However, they still share similarities in diet, eating whatever is available to them.

They are a bit longer than rats, averaging around 11 inches, but some can be as long as 30 inches. They are not found all over the world like rats, but they are dominant rodents in their own habitat like rats. 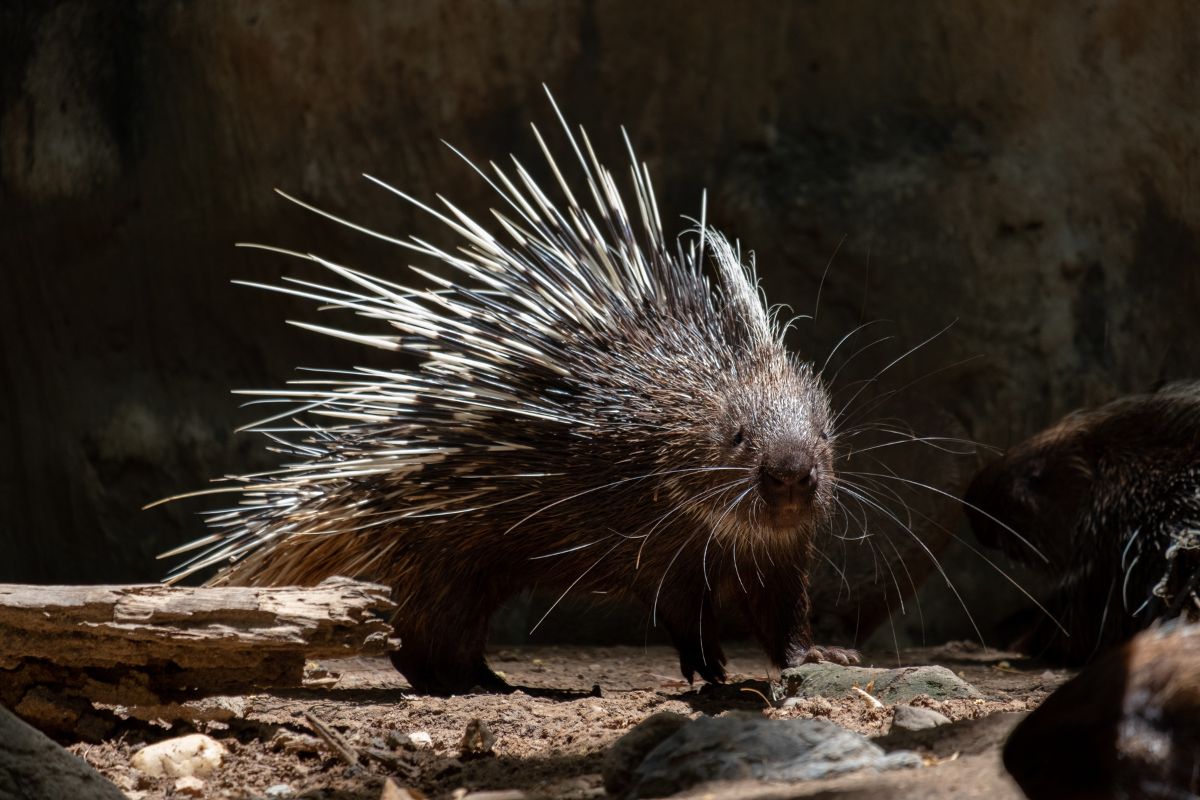 Another large rodent found in several parts of the world is the porcupine. Like the rat, it will dine on whatever is available, but it does prefer a herbivore diet of bark and leaves. Porcupines differ from rats in their quills act as a defense against some of the larger predators that they share.

This makes rats easier prey and more likely to be pursued. The length of a porcupine average between 2 and 3 feet. They are one of the largest rodents in North America and compete for food in the wild with rats. 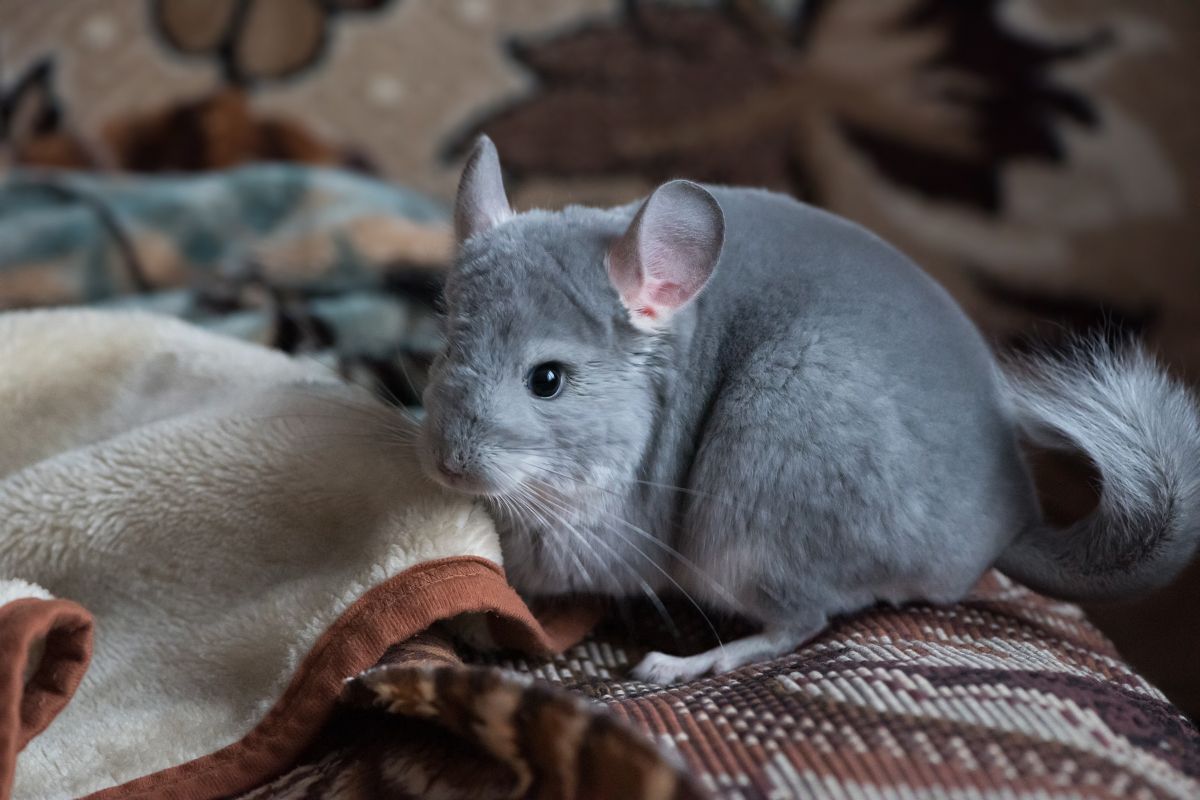 Another small rodent that is similar in size and lifespan is the chinchilla. While they are native to South America, they have taken up residence across North America and Europe as pets. Like rats in the wild, the chinchillas will nest with others and can create large colonies of several hundred in some of the biggest ones found.

Unlike rats, they are affectionate rodents, wanting to be petted and get attention from others. They enjoy a plant-based diet that is mostly hay. They need to always have food available because their teeth do continue to grow which is different from rats. 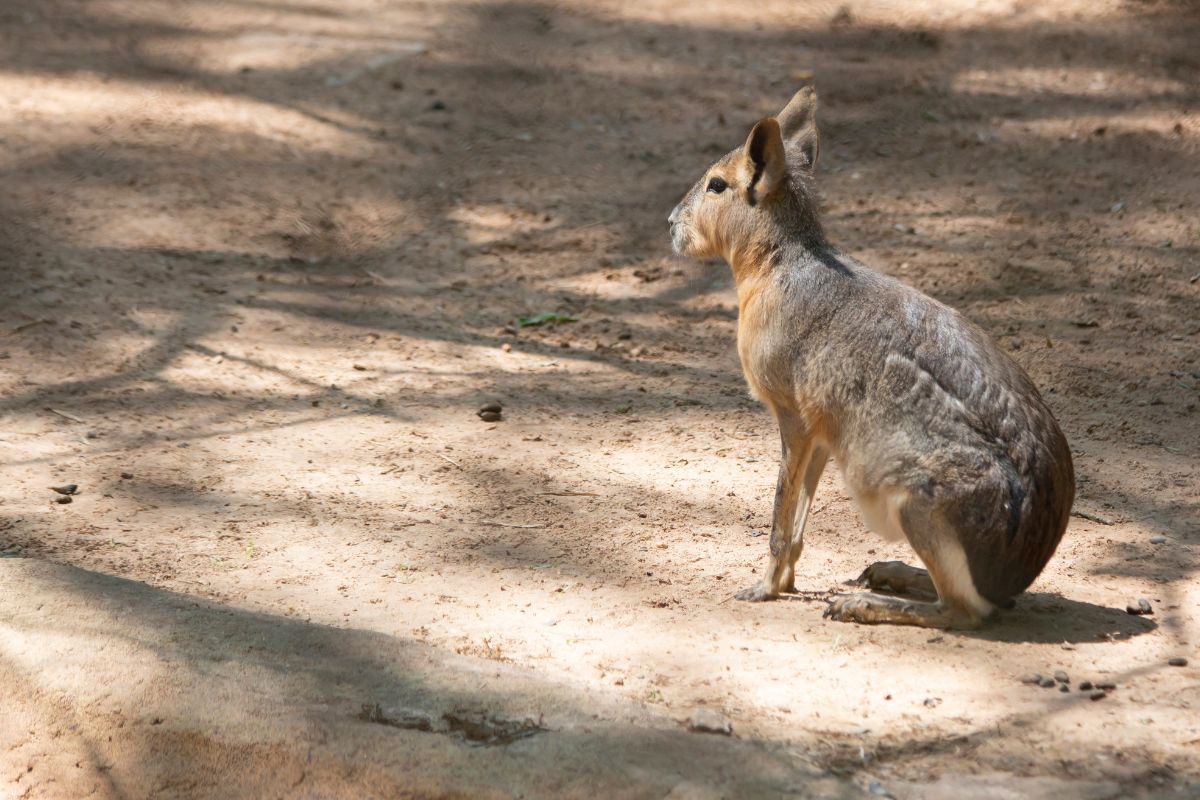 Another South American rodent is the Cavy. Unlike the rat, they do not have a tail, but they are similar in size and weight to the average rat. Their facial features look to be something between a squirrel and a rat and burrow in the ground.

Like rats, they do enjoy large grassland areas and prefer a herbivore diet of bark and plants of all varieties. They share similar predators of hawks, skunks, and owls that lurk at night and during the day for these rodents. 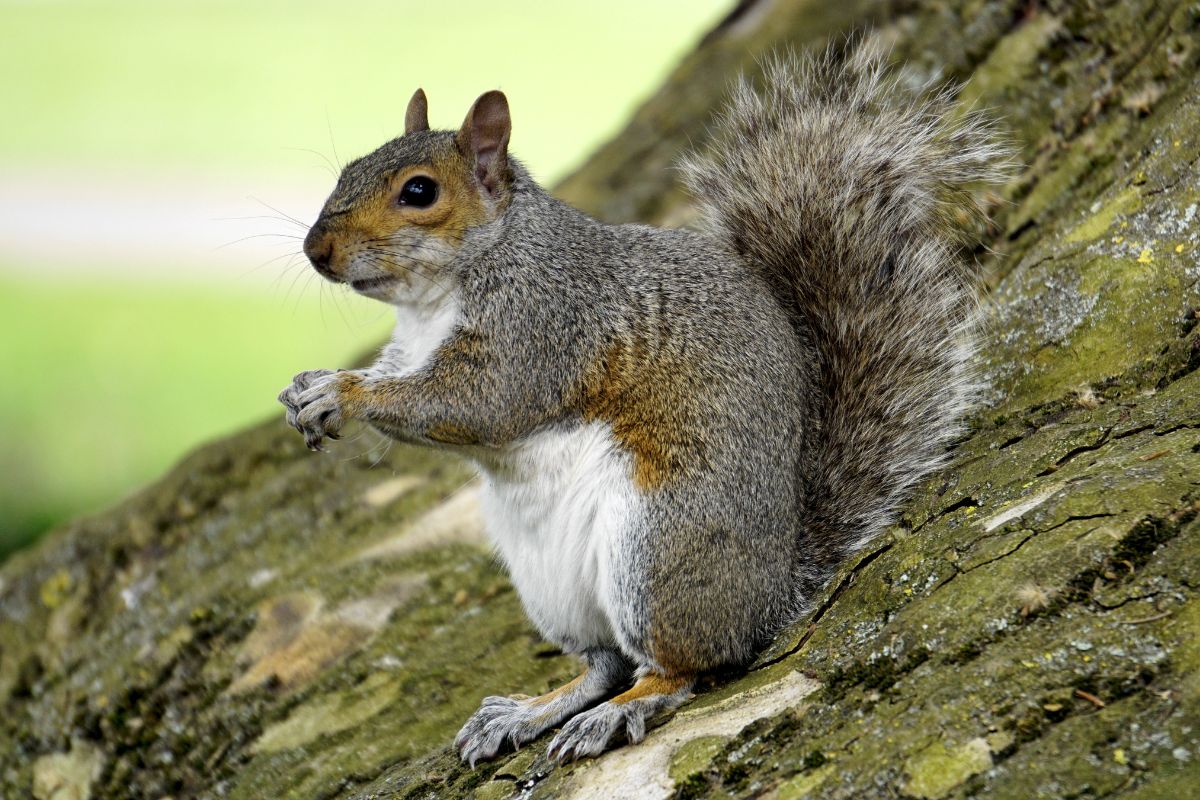 You may not believe they are similar but the squirrel and the rat are very similar in nature. Both of these animals forage for food and have nests where they store the food they find. They scavenge for what is available to them, despite having different habitats.

The squirrel prefers trees and storing nuts while rats are less picky and more into survival. Both of these animals are considered rodents and they do like to build nests in homes. Squirrels will build their nest in a more open area while rats will hide theirs in walls and other areas that are not disturbed.

See also  When Do Gophers Come Out of Their Holes? 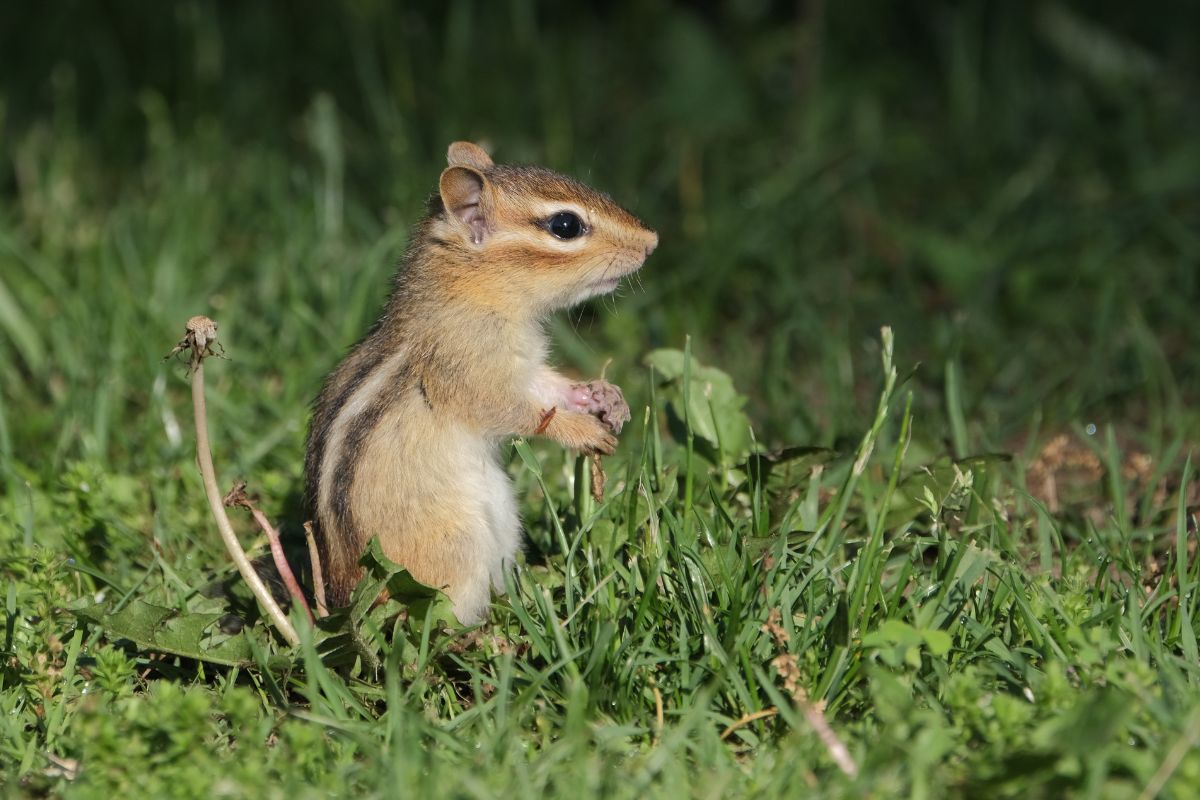 While the big difference between these two is their habitat preferences, the biggest similarity is their chewing ability. Both of these animals are constantly chewing and seeking out ways to keep their teeth filed. 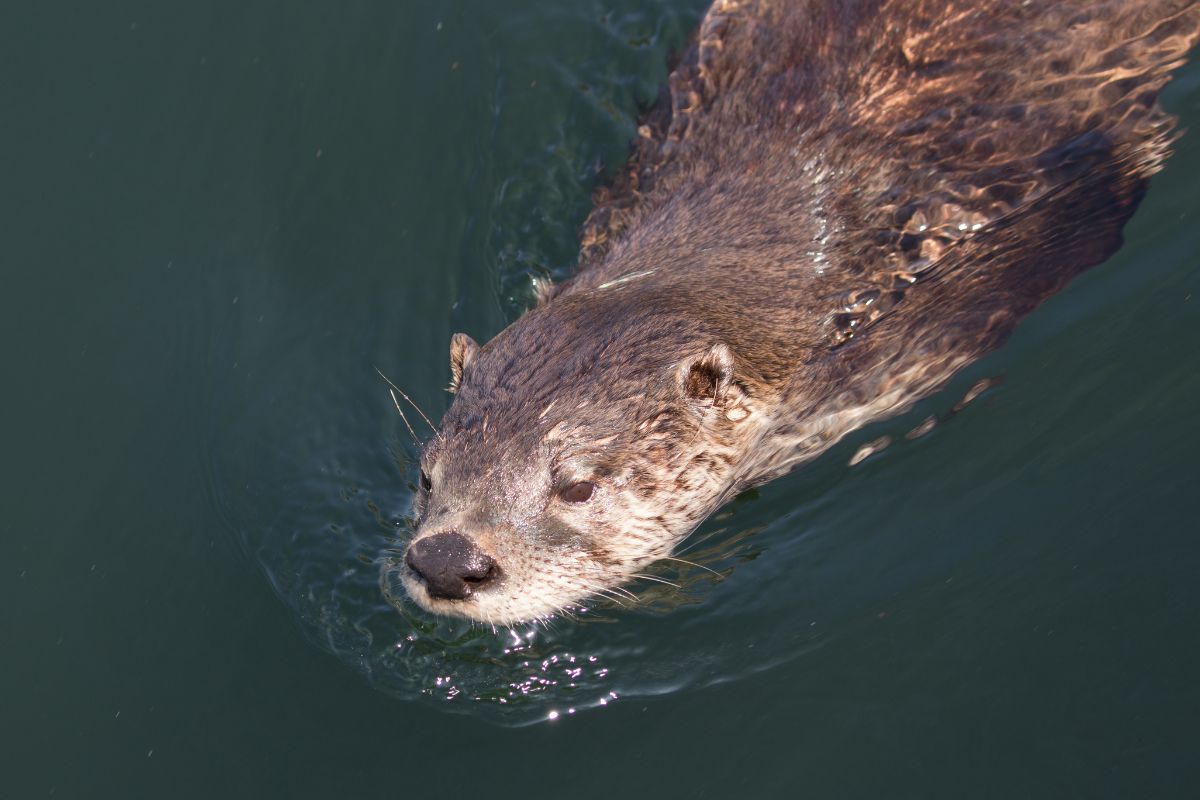 A larger mammal found in North America that also qualifies as a rodent is the river otter. Like rats, they have a diverse diet that can be anything that this available to them.  They live in the same grassy areas as rats do, but they will be a little closer to the water.

The river otter will eat anything, including rats, seeing them as prey. This can be difficult if they are competing for food and hunting them at the same time. Rats usually avoid these animals when possible, but similar habits keep them running in the same circles.

Below are a few of the most commonly asked questions about rats.

How many rat species are there?

Depending on where you are looking in the world, you can find a different type of rat that will be unique to the area. There are at least 60 known species of rats at this time. Those studying these animals are finding more about them and seeing why they are different based on where they are from.

When do rats mate?

A rat can have lots of litter in a year’s time. In fact, they are able to mate and produce litters anywhere from seven to fifteen times in one calendar year. When a female rat becomes pregnant, she will carry the litter in less than a month, giving birth within 24 days.

Each litter can have approximately 4 to 14 at once and these babies will leave around four weeks old.

While rats might scavenge for food, what do they prefer?

Rats have a desire to eat everything they see. However, if you have a pet rat, and you want to feed them a controlled diet, they really enjoy sweet fruits and anything else that has sugar. They can also enjoy some carbs like rice and bread as a way to give them a full meal.