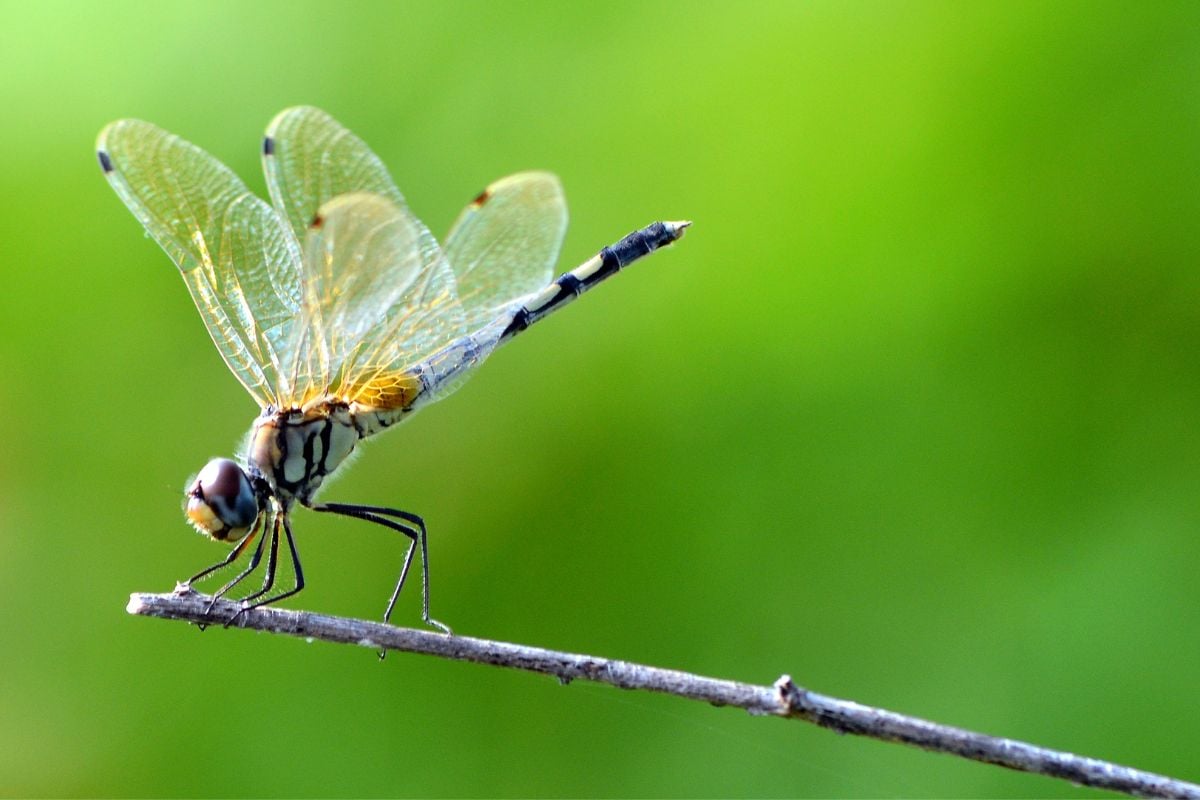 The mighty dragonfly is an insect with an ancient history. There are a surprising number of different dragonflies known today. The many types of dragonflies are a reason that some people confuse them with other insects.

We explore the similarities and differences between dragonflies and insects like dragonflies. Enjoy the symbolism and the meaning of the mighty dragonfly.

Contents show
The Dragonfly in Ancient History
What are Dragonflies?
Are There Many Types of Dragonflies Known Today?
Types of Dragonflies
1. Hawk Dragonfly
2. Sabina Slender Skimmer
3. Scarlet Skimmer
4. Gomphidae Dragonfly
5. Darners
Insects Similar to Dragonflies
1. Meganisopterans
2. The damselfly is not a Damsel in Distress
3. Mayfly and the Dragonfly
4. The Owlfly vs the Dragonfly
5. A Butterfly is a Butterfly
6. A Moth is Not a Dragonfly
7. Do You Hear that Buzz?
8. What is a Stonefly?
9. The Water Boatman is Not Always Human
10. Is it a Crane Fly or a Dragonfly?
11. The Water Strider
12. Ambush of the Water Scorpion
13. The Bite of the Mosquito
14. Wasps and Dragonflies
15. The Praying Mantis Takes Giant Leaps
Dragonfly Symbolism
Dragonflies FAQs
What is the origin of the word “dragonfly?”
What are some enemies of dragonflies?
Are dragonflies attracted to light like other flying insects?

The Dragonfly in Ancient History

Dragonflies have a known history dating back to millions of years ago. Picture gigantic dragonflies flying about back in the ages of the dinosaurs. The stories of giant dragonflies in ancient history are partly true.

There is a little dramatic flair to the story. Giant dragonflies that existed before the dinosaur age were actually Meganisopterans, or “griffinflies.” Earth Archives explains that they lived from the Late Carboniferous to the Late Permian periods. These periods were approximately 317 to 247 million years ago.

Dragonflies are invertebrates, with the scientific name “Anisoptera.” The species belongs to the Odonata order. Dragonflies have magnificent flight abilities.

They can reach speeds up to 35 miles an hour. They lift off their perch like a helicopter. The four horizontal, long wings guide them wherever they want to go.

Each wing has the capability to move independently of the other wings. They have the ability to move their wings to propel them forwards or backwards. They hover about ponds, smaller lakes or rivers and marshy areas.

Dragonfly nymphs molt up to 15 times before they emerge as adults. The entire process takes about 12 hours. Dragonflies are carnivorous insects.

They eat other insects. Their favorite meals include mosquitos, gnats, and flies. They eat some midges and some butterflies.

Mating between dragonflies takes only a few seconds. That is a good thing because dragonflies only live for a few weeks.

Are There Many Types of Dragonflies Known Today?

They come in a variety of colors. This fact adds to the beauty and the interest in the dragonfly.

We are not going to name all 7,000 types of dragonflies. Take a look at some interesting dragonflies. 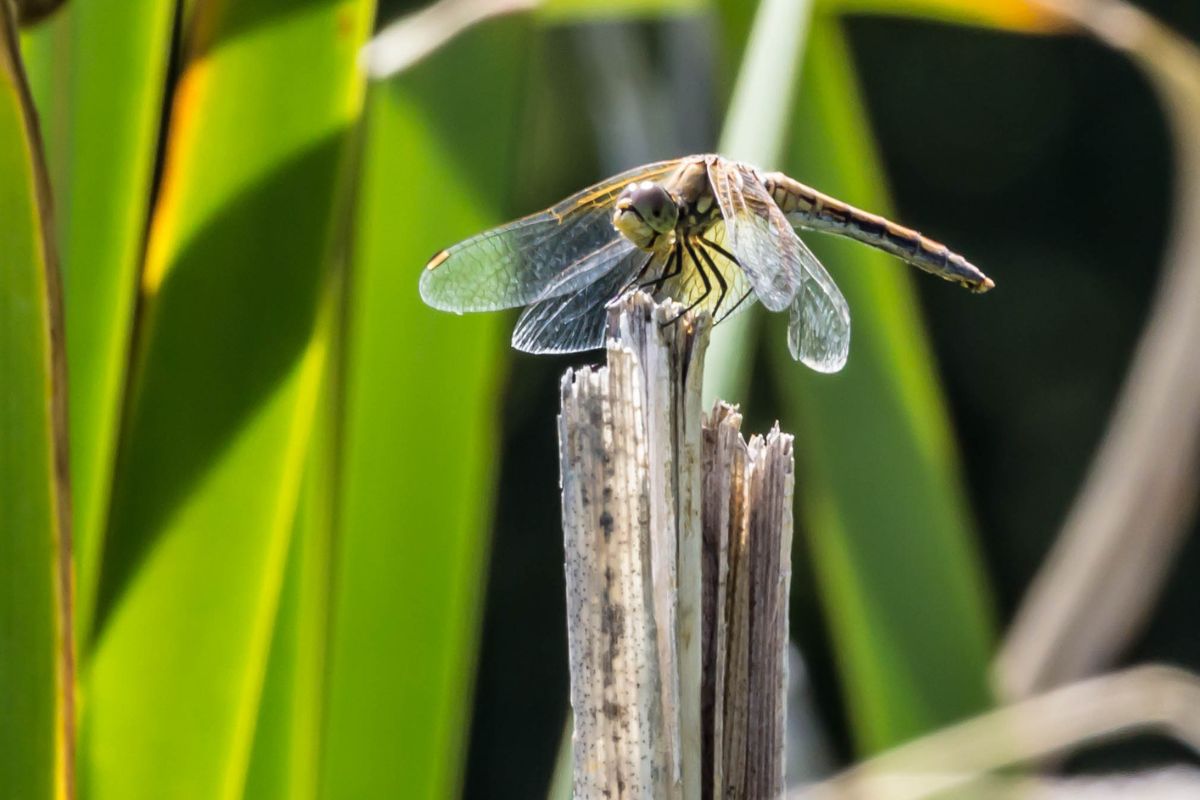 The variegated meadowhawk dragonfly flies through the air. See it across the U.S. and Canada beginning in April until the first frosts of the season. 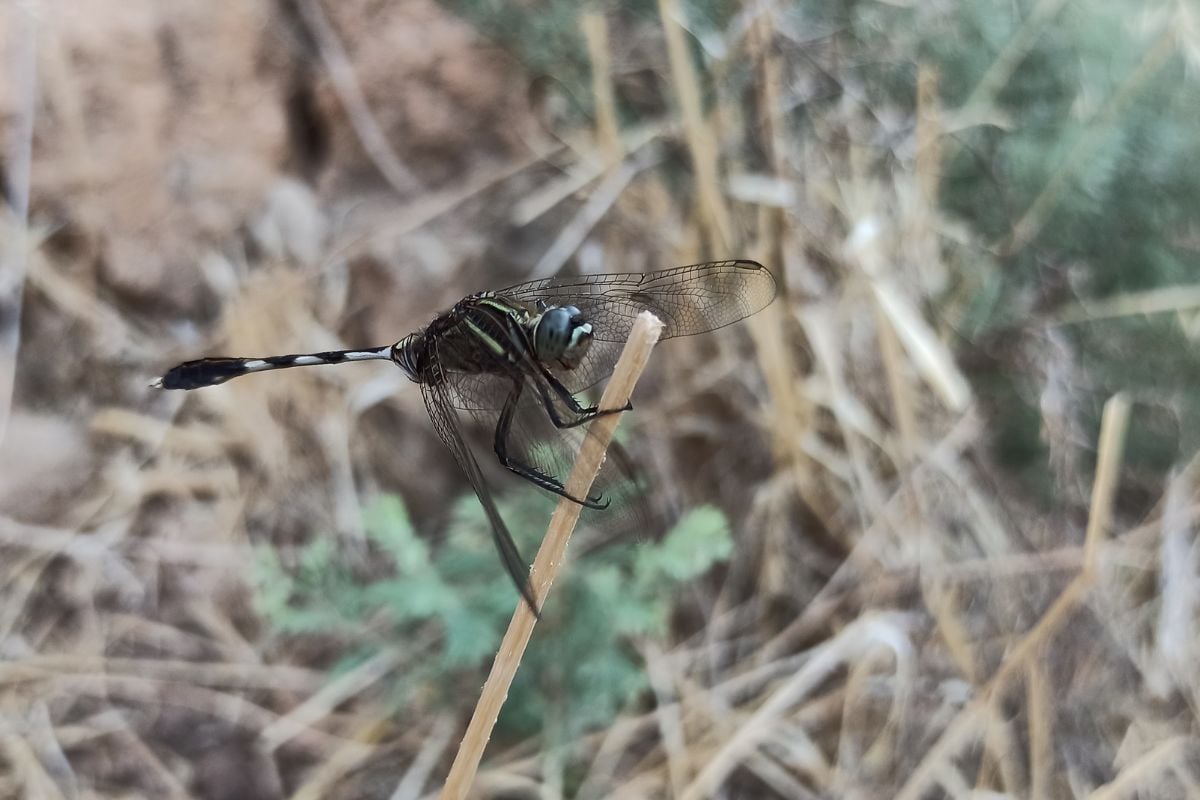 This dragonfly has a variety of names, unique to different areas. It covers a large area. Find it across much of Europe, Australia, Japan and North Africa. 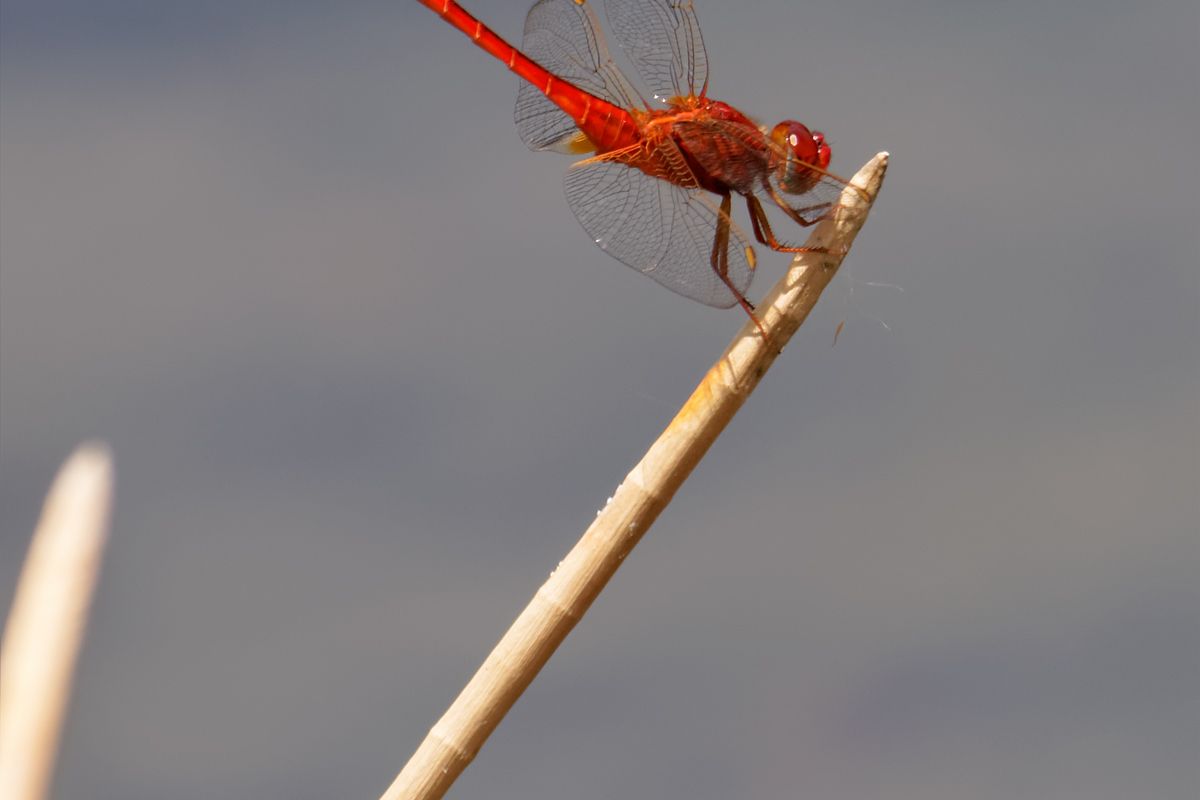 The scarlet skimmer originated in parts of Asia. It also lives in Florida and Hawaii today. 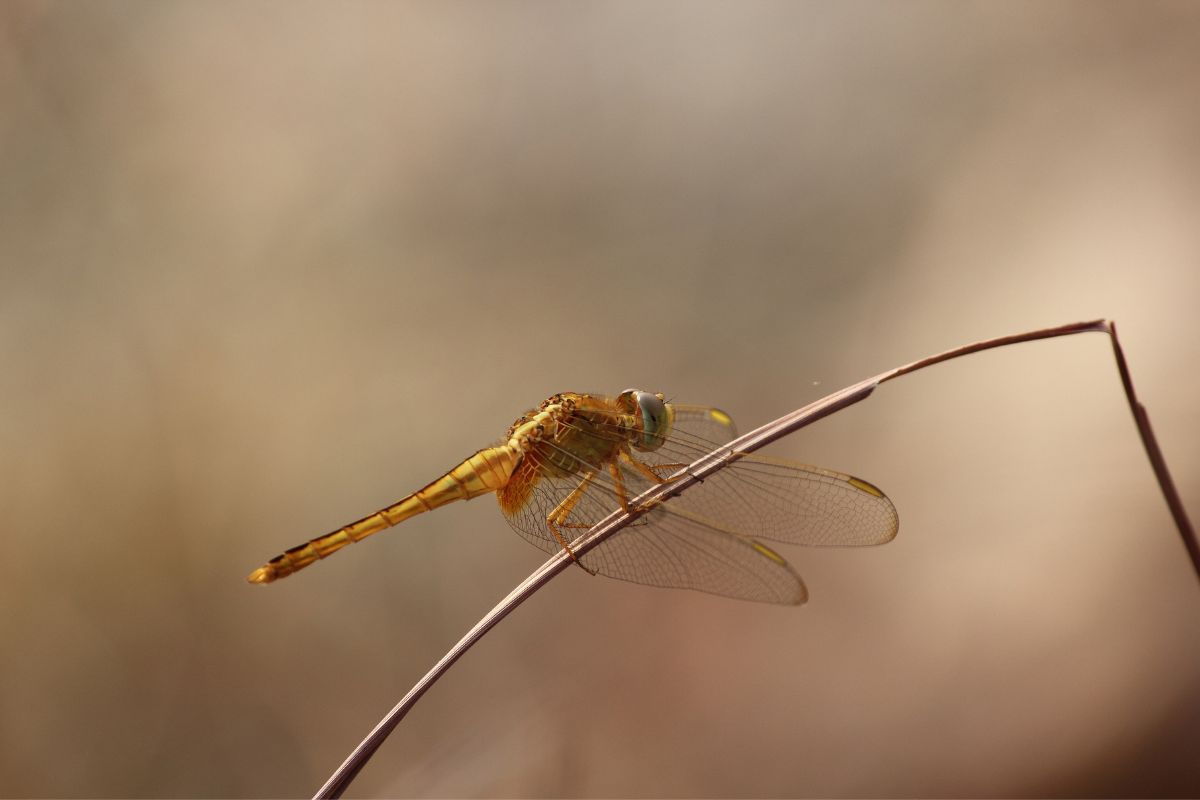 The gomphidae dragonfly lives in North America, South America, Australia, and Europe. Home Stamp reveals that there are more than 900 species of this dragonfly. Its common name is the Clubtail dragonfly. 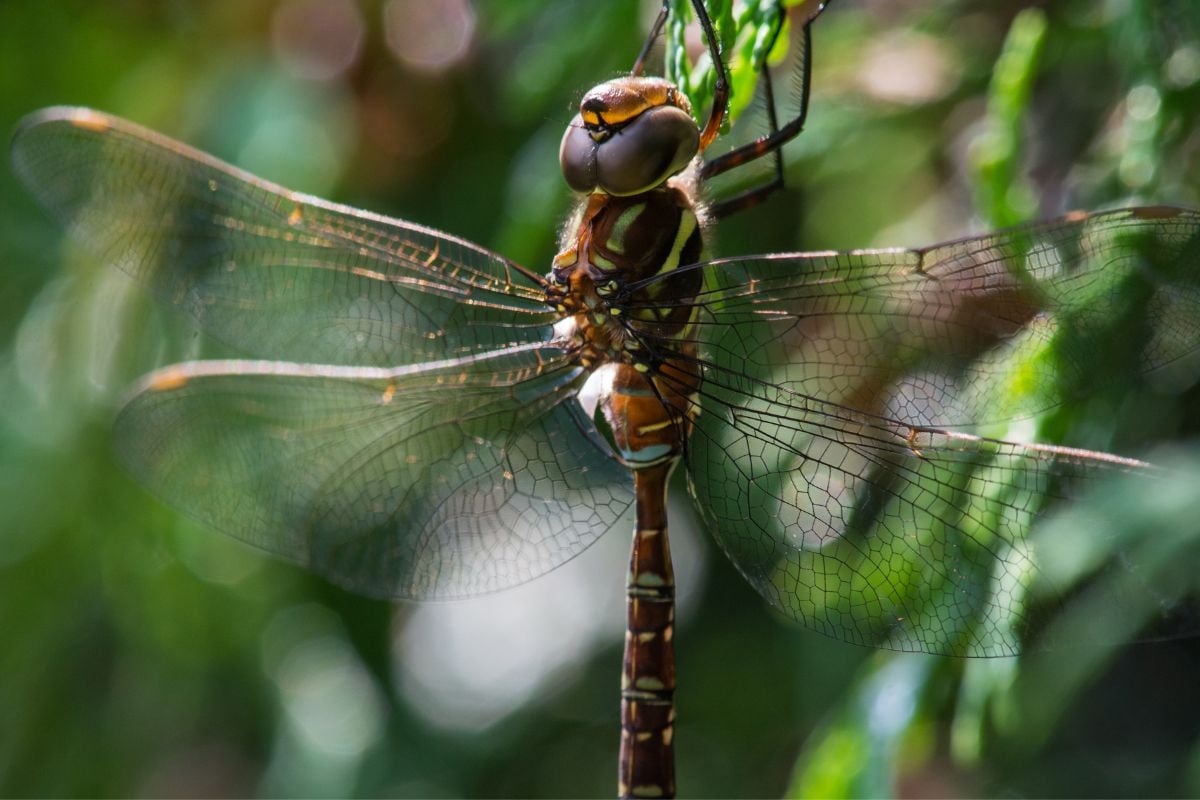 There are 40 different species of darner dragonflies. They range in color, including the blue-spotted ones. You have likely seen darners around ponds and streams in the United States.

The giant Meganisopterans are now extinct predatory insects. They ruled the air until major changes in the oxygen in the air. The decrease in oxygen likely contributed to their extinction.

The extinct dragonfly has similarities to today’s dragonflies. The wingspan of this ancient insect helps people find fossilized specimens. Frank Carpenter discovered a winged insect in two parts in 1939.

It had an estimated wingspan of 29 inches in length. The insect flew about in a manner like a dragonfly. It is the largest insect fossil discovered to date.

2. The damselfly is not a Damsel in Distress 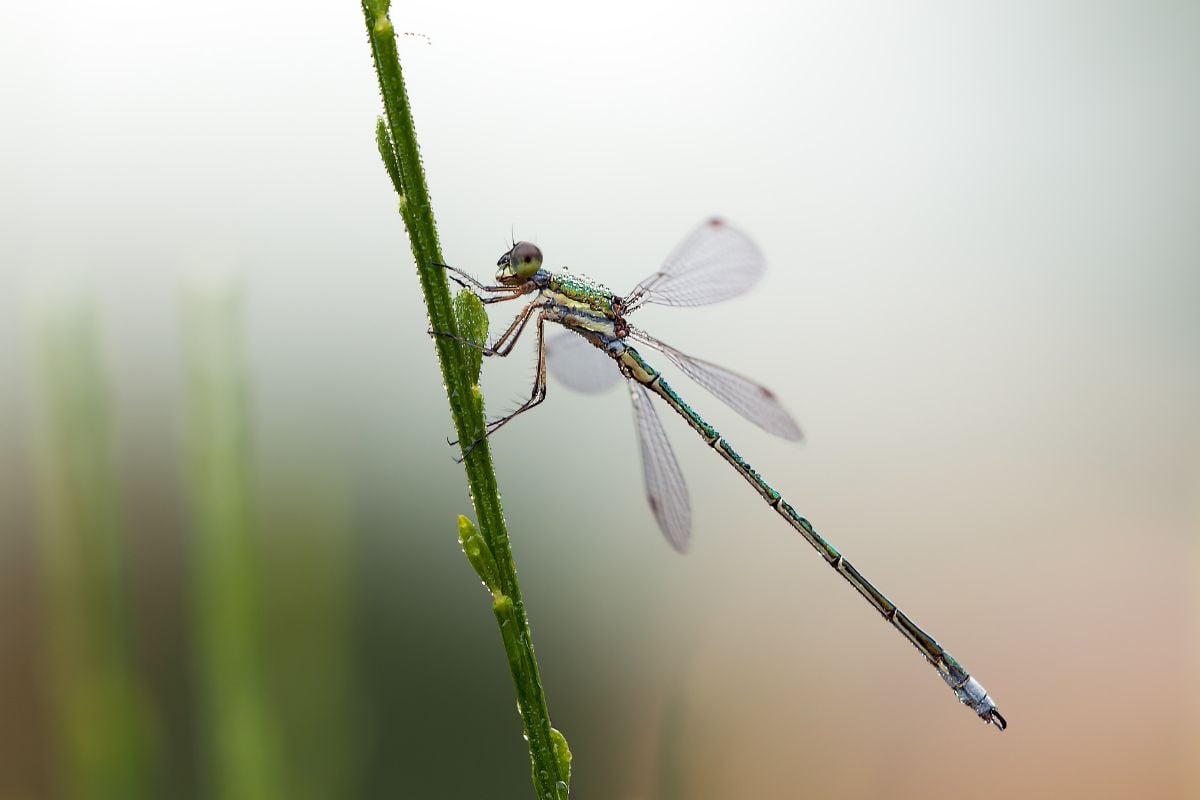 The damselfly is often mistaken for a dragonfly. One reason is that damselflies hang out near the water on warm and sunny days. They do share some characteristics with the dragonfly.

There are differences that help you to distinguish between the dragonfly and the damselfly. Dragonflies have larger eyes than damselflies. The eyes of a dragonfly take up more than half its head.

A notable difference between the damselfly and the dragonfly is how they look when at rest. A dragonfly’s wings stick out. The damselfly’s wings fold in towards its body.

3. Mayfly and the Dragonfly 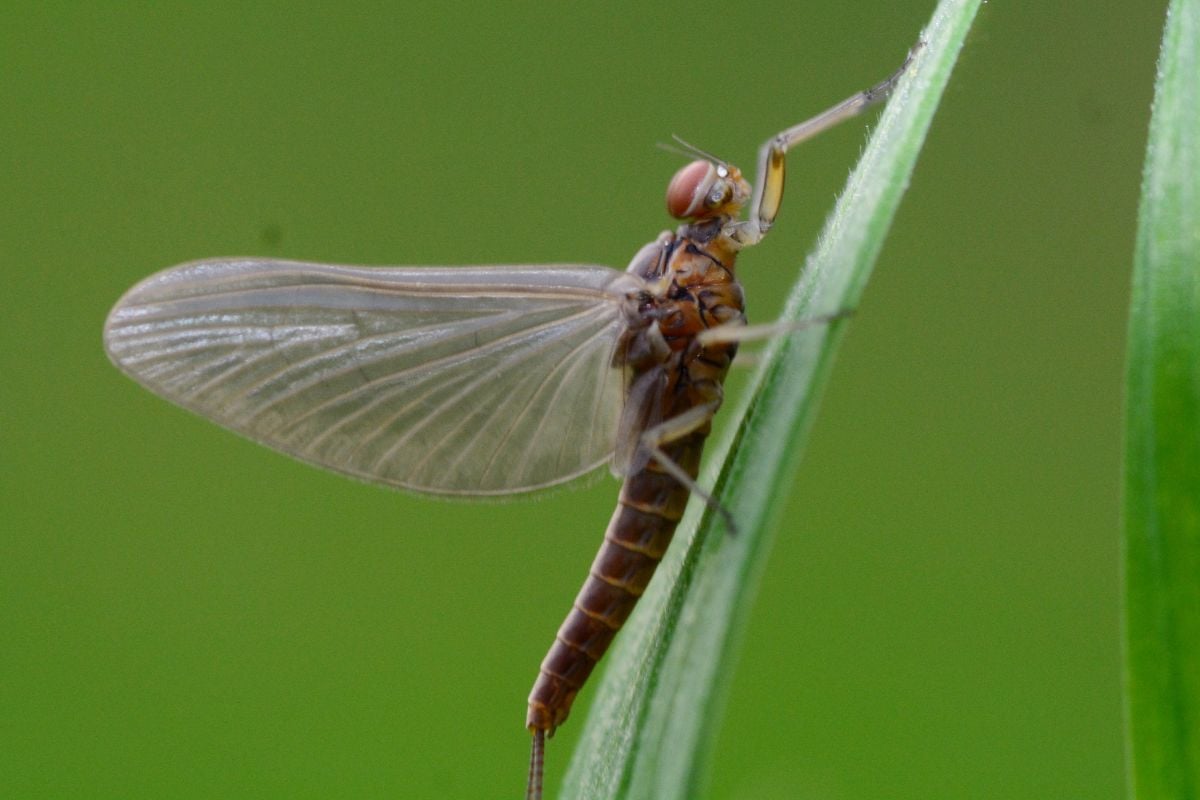 The mayfly is a primitive winged insect like the dragonfly. There are ancient mayfly fossils around 300 million years old. You find mayflies near ponds, streams, rivers and lakes.

They hang around in the same areas as dragonflies. This may lead to misidentification. Mayflies grow less than an inch long and have bulging eyes.

They live underwater up to three years. Once they emerge, they molt into their winged form. They molt again into an adult mayfly. The mayfly is the only insect known to molt after they have wings.

Adult mayflies cannot eat. They mate and die within a few hours or a few days.

4. The Owlfly vs the Dragonfly 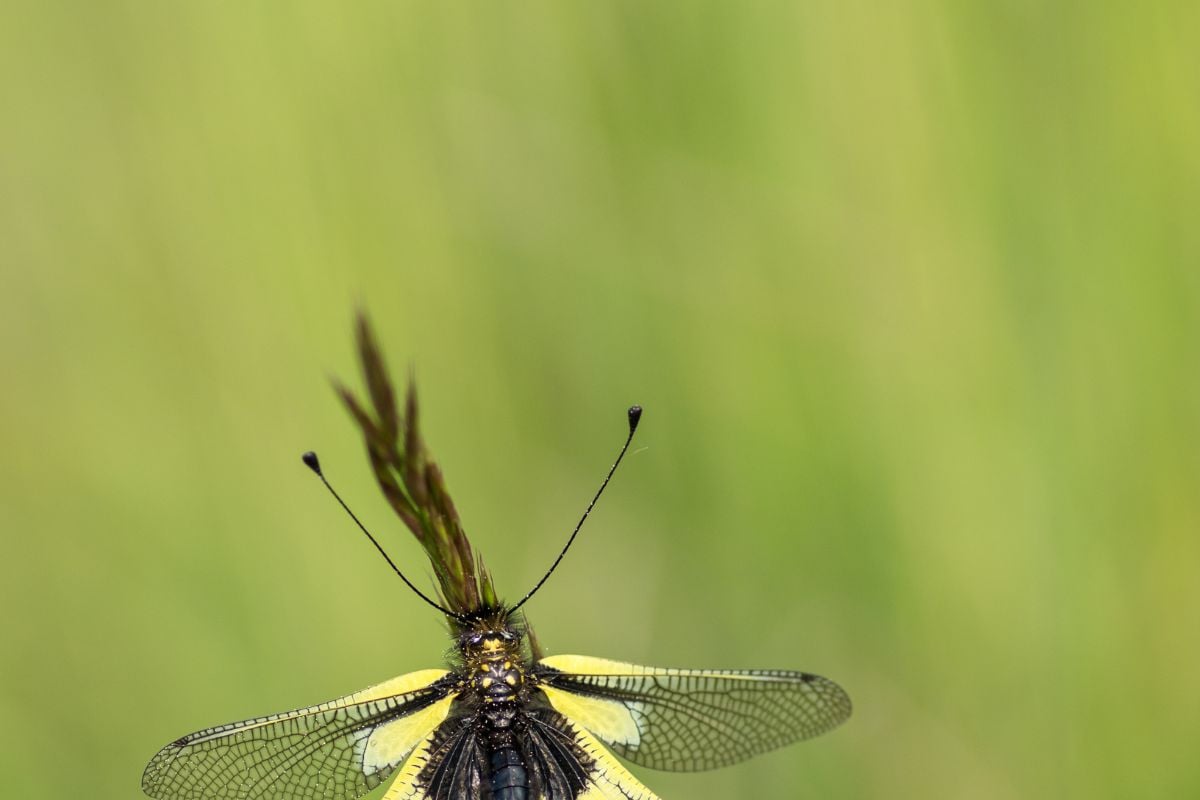 Owlflies have a head shaped more like a butterfly. Owlflies have long, clubbed antennae. The antennae grow to about an inch long.

The body of owlflies measures up to two to three inches in length. There are only eight species of mayfly known in North America in areas north of Mexico.

5. A Butterfly is a Butterfly 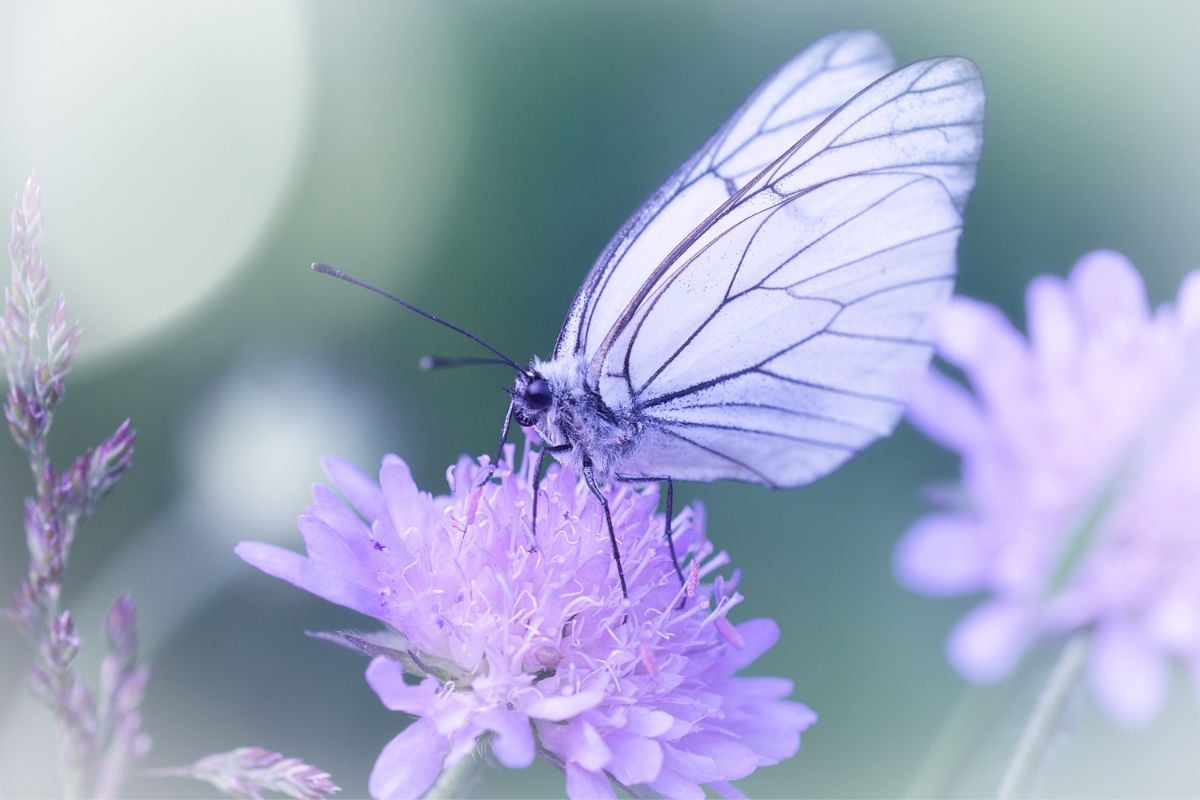 Butterflies are sometimes mistaken for dragonflies. They fly by fast and you may not know that it is a butterfly rather than a dragonfly. Both the butterfly and the dragonfly often have colorful markings.

You may see some butterflies near the water. This is another reason that some people mistake them for dragonflies. The full body of a butterfly has colorful markings.

6. A Moth is Not a Dragonfly 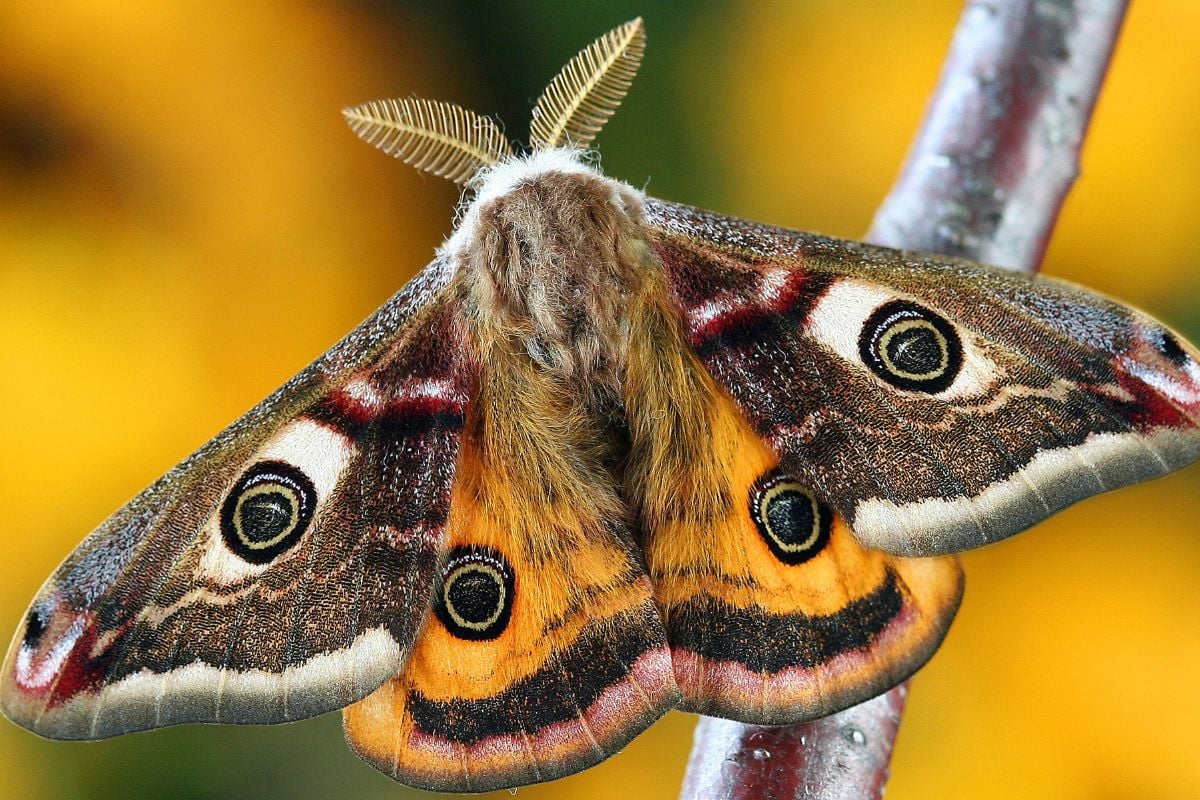 Moths are from the same kingdom as dragonflies. They are from a different order. They have similarities.

It is the differences that distinguish the moth from the dragonfly. There are about 160,000 species of moths around the world. Moth fossils date back to about 190 million years ago.

Reports list moths as butterflies. Many moth species are nocturnal insects. You likely see them flying around your porch light or patio at night.

The distinct colorings on some moths is why you may mistake a fast-moving moth for a dragonfly. 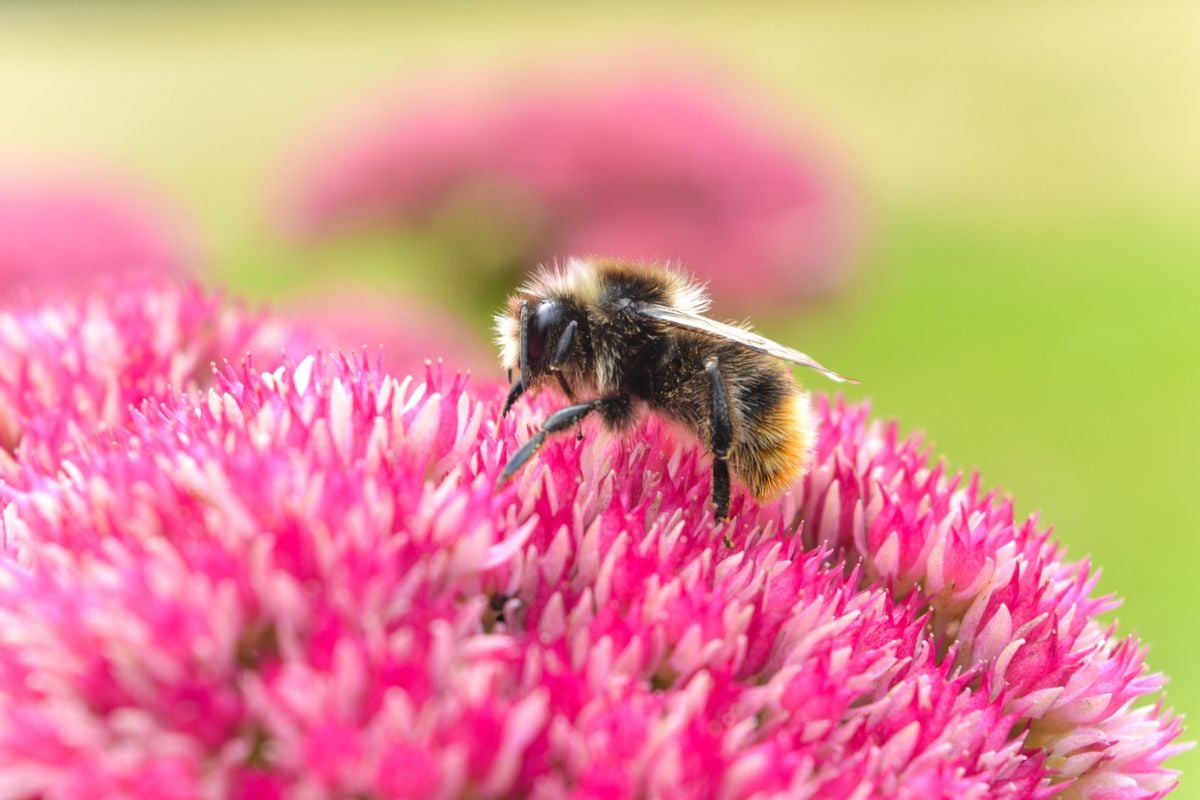 Do you think you saw a yellow or brown dragonfly passing by you? Did it buzz as it flew past you? Dragonflies do not buzz like bees.

Several bees have colorings and markings that resemble some types of dragonflies. They have four wings. The number of wings on a bee is a characteristic of the dragonfly.

Unfertilized eggs become male bees. The queen bee lays eggs in cells of a honeycomb. Dragonflies do not want to go near a honeycomb. 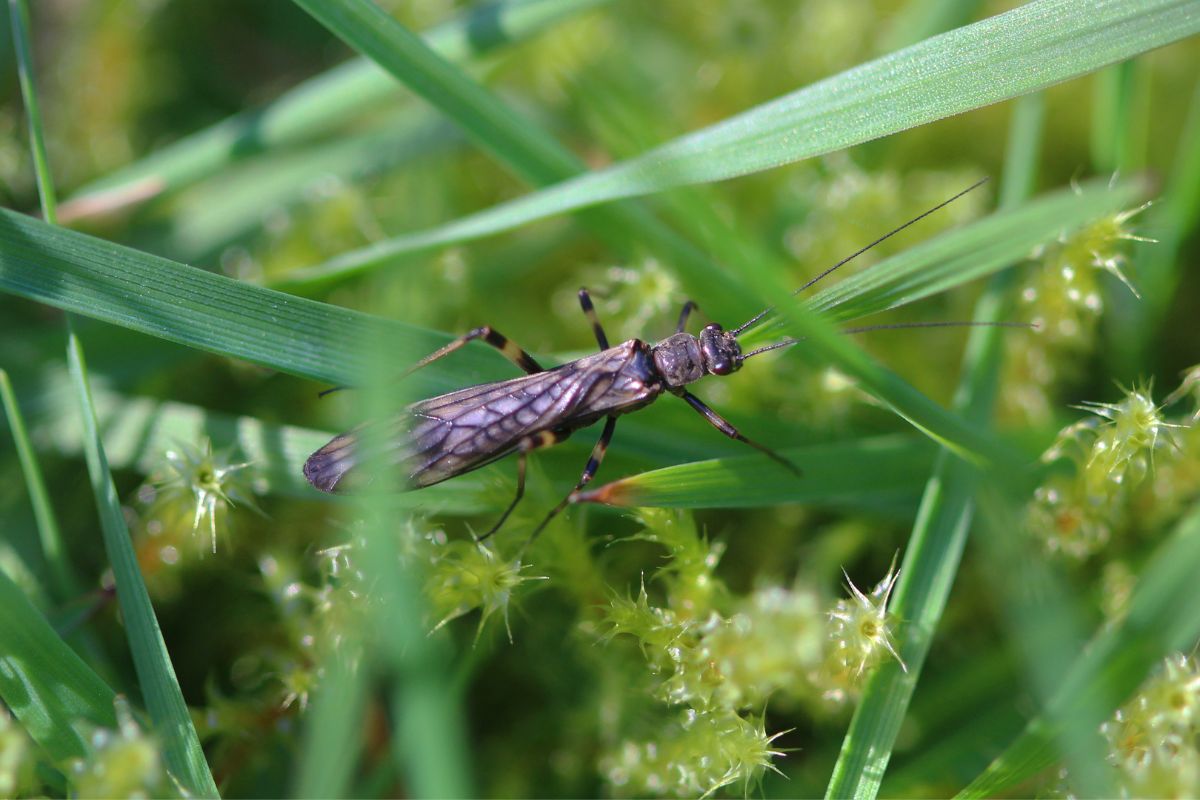 The stonefly has similarities to the dragonfly. It is an aquatic insect. It has transparent wings like some dragonflies.

The stonefly, like the dragonfly, lives on every continent except Antarctica. Stoneflies eat insects that are part of the dragonfly diet. Do they fight over the mayflies, midges and other stoneflies?

9. The Water Boatman is Not Always Human

The water boatman nymphs and adults live in ponds, marshes and streams. Their slender bodies are why they look like dragonflies. They swim with their long and slender legs.

They sit at the bottom of ponds and streams waiting for prey or to mate. You find them at night, not on warm and sunny days. 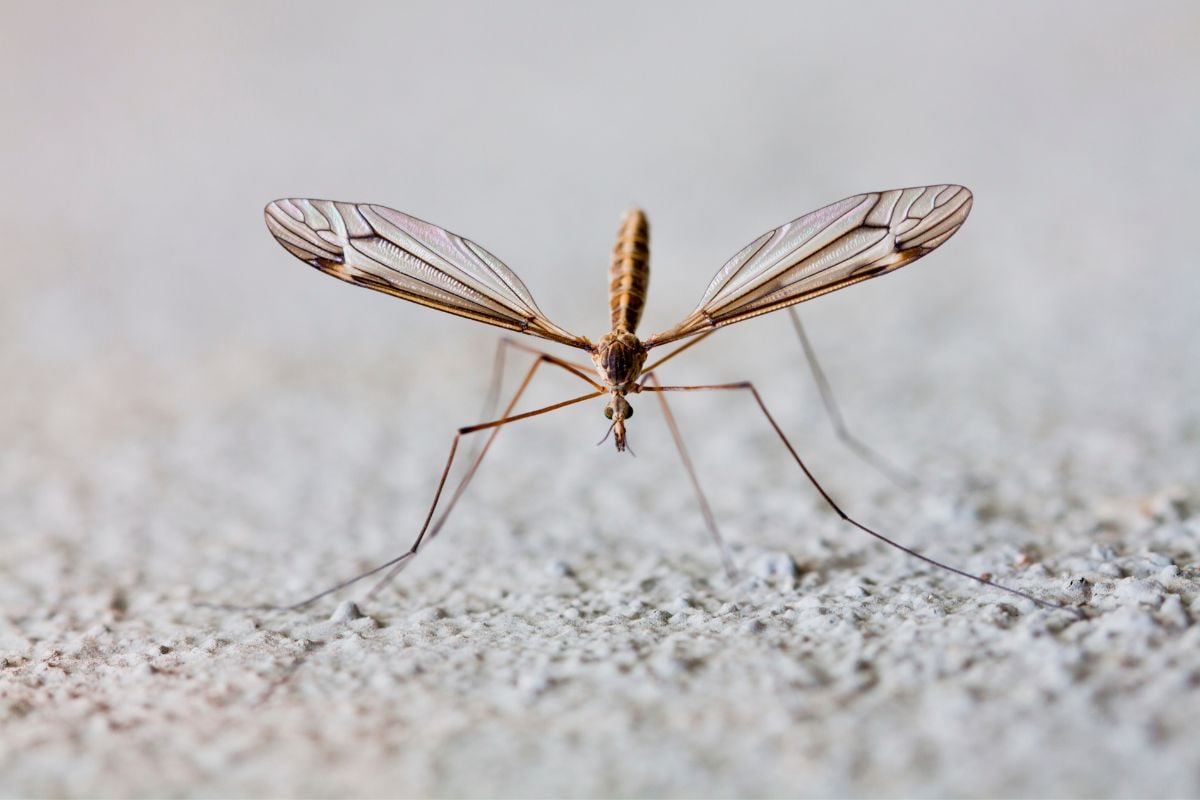 Crane flies live in the same areas as dragonflies. They thrive in ponds, marshes and lakes. The insect looks like a dragonfly because it has a slender body.

It is yellow, grey, red or brown. It does not eat mosquitos. Crane flies leave mosquitos for dragonflies and other similar insects.

Discover their larvae under decomposing leaves, not in the water with dragonfly larvae. Crane flies like to eat decaying vegetation. 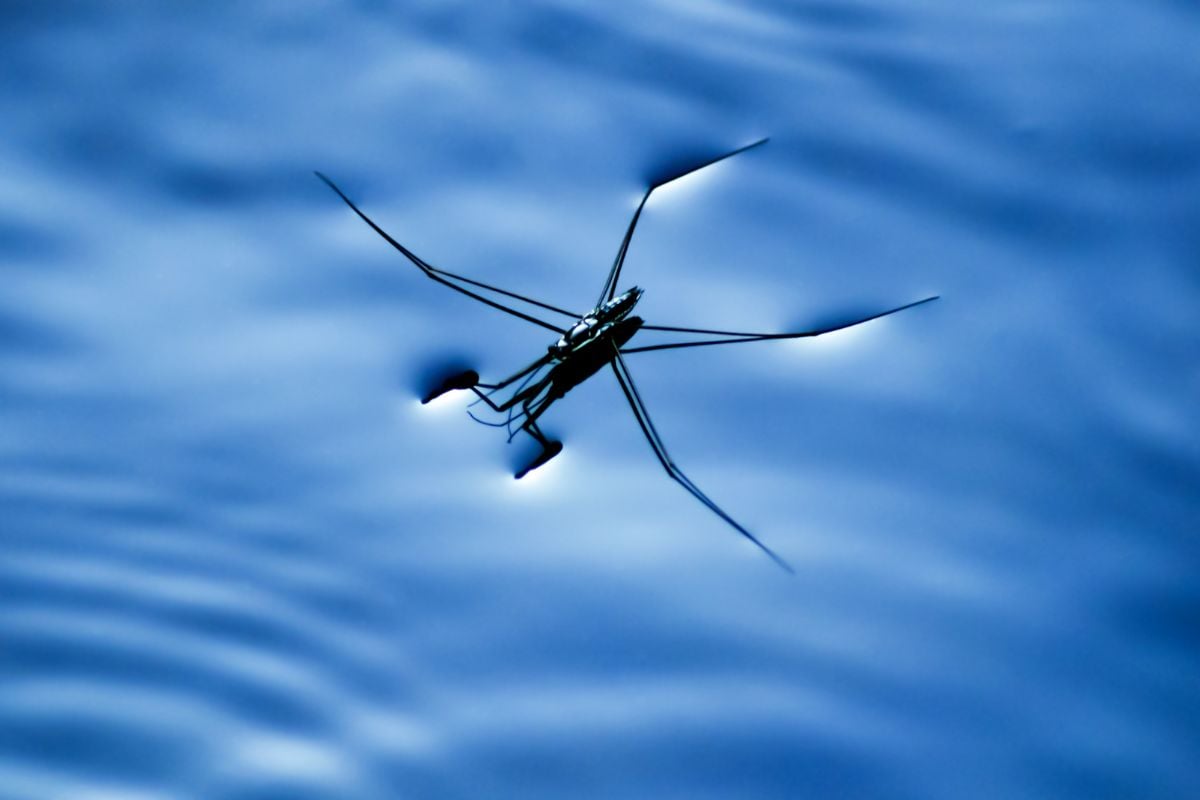 Water striders like to live a slow life. They like slow-moving streams and ponds. Its legs allow for efficient movement across the water.

The water strider looks like it is skating across the water. People sometimes mistake this motion for the hovering of the dragonfly. Water striders appear in groups or alone.

Dragonflies are usually alone and not in large groups. Water striders eat land trapped insects that become trapped on the surface of the water.

12. Ambush of the Water Scorpion 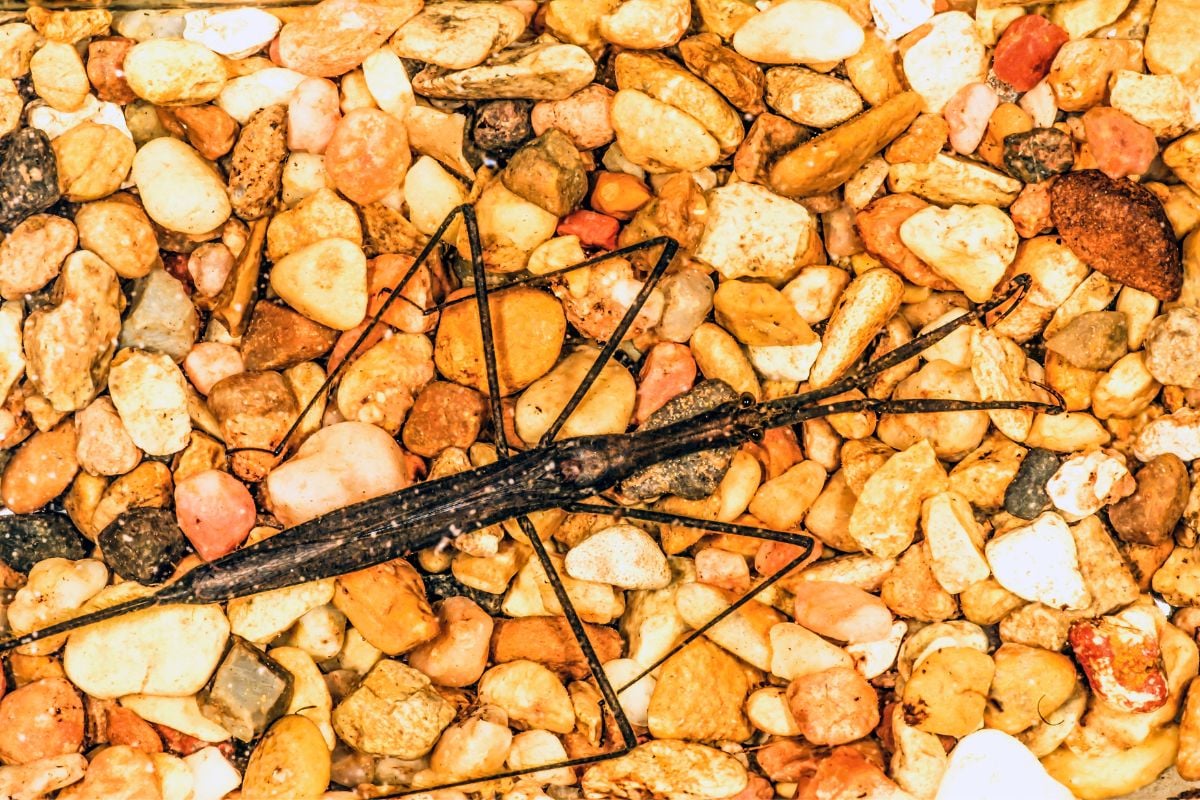 Water scorpions do not fly about to catch their prey. They wait at home, along the shallow edges of slow-moving steams or ponds. Some water scorpions hide among dead leaves.

They snatch tadpoles or small fish with their legs. Dragonflies do not have the patience of the water scorpion. They know how to catch a meal when they want it.

Female water scorpions lay eggs near the surface of the water or among plants and algae. Water scorpions have wings. The wings are too weak for them to fly.

13. The Bite of the Mosquito 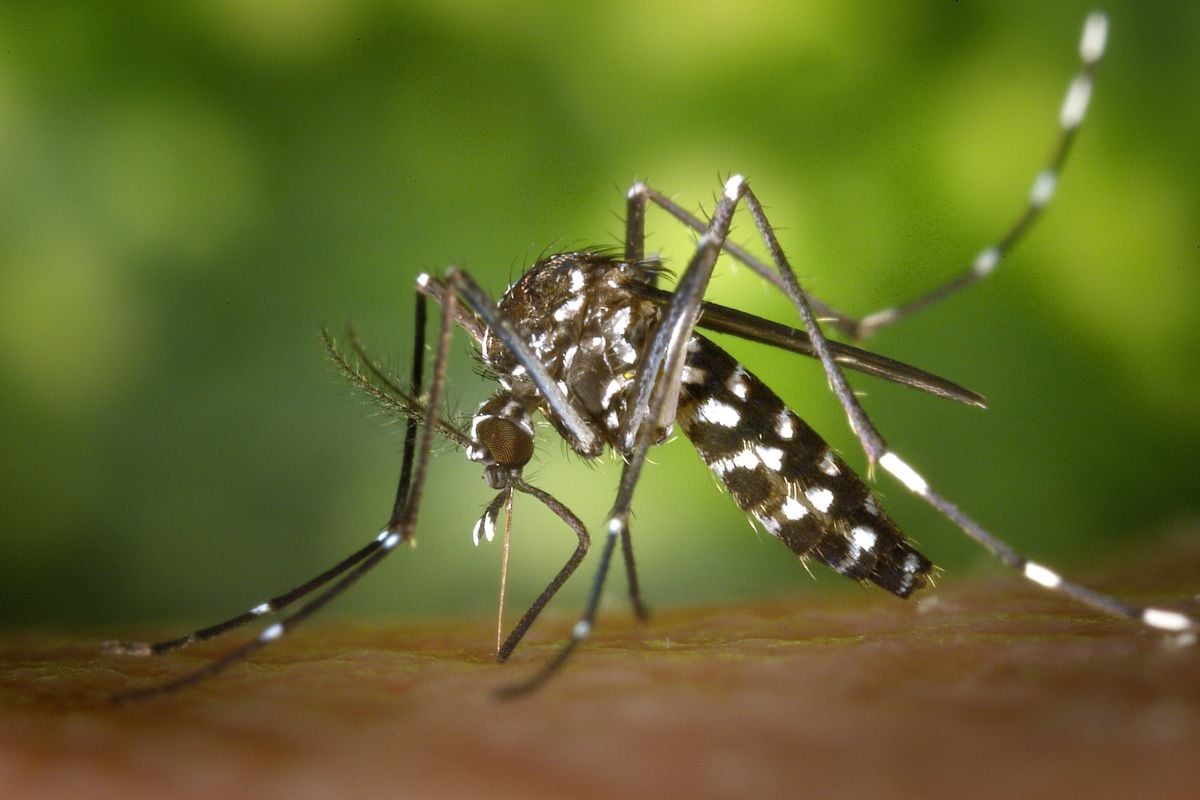 You know mosquitoes by their bite. The mosquito flies by and leaves you with that itchy, stinging, red bite. Why are they compared to dragonflies?

Some types of dragonflies are brown or tan. The mosquito has the same colors. The quick movements of mosquitoes prevent identification between a dragonfly and a mosquito.

Mosquitoes thrive around water. Their larvae become dinner for some species of fish. Mosquito eggs hatch in 10 to 14 days.

Adult mosquitoes live for one to two months. 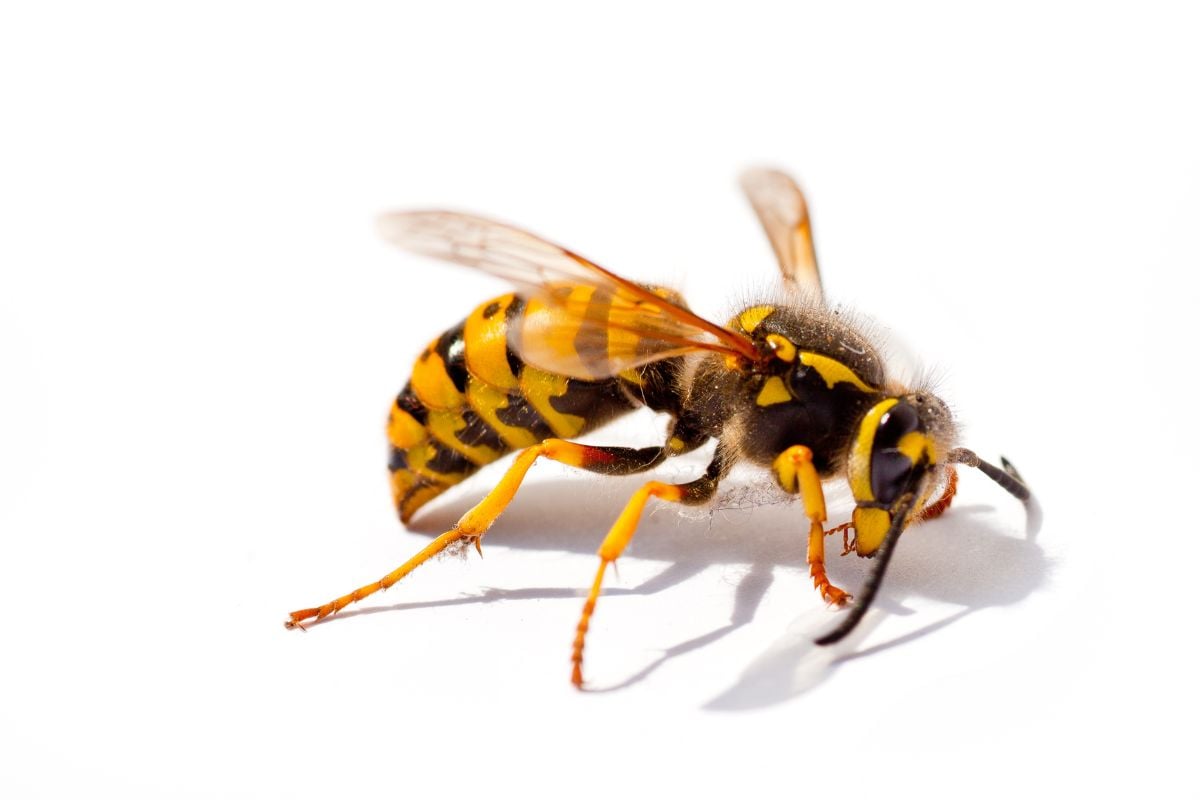 Do not mistake the wasp for a dragonfly. You will not like the results of that mistake. There are 30,000 species of wasps throughout the world.

Some are colorful, like dragonflies. Do you think that wasps have the ability to reach high speeds? Compare the 35 mile an hour speed of the dragonfly to the speed of seven miles an hour for the wasp.

Wasps eat nectar and pollen. They eat other insects, like the diet of dragonflies. 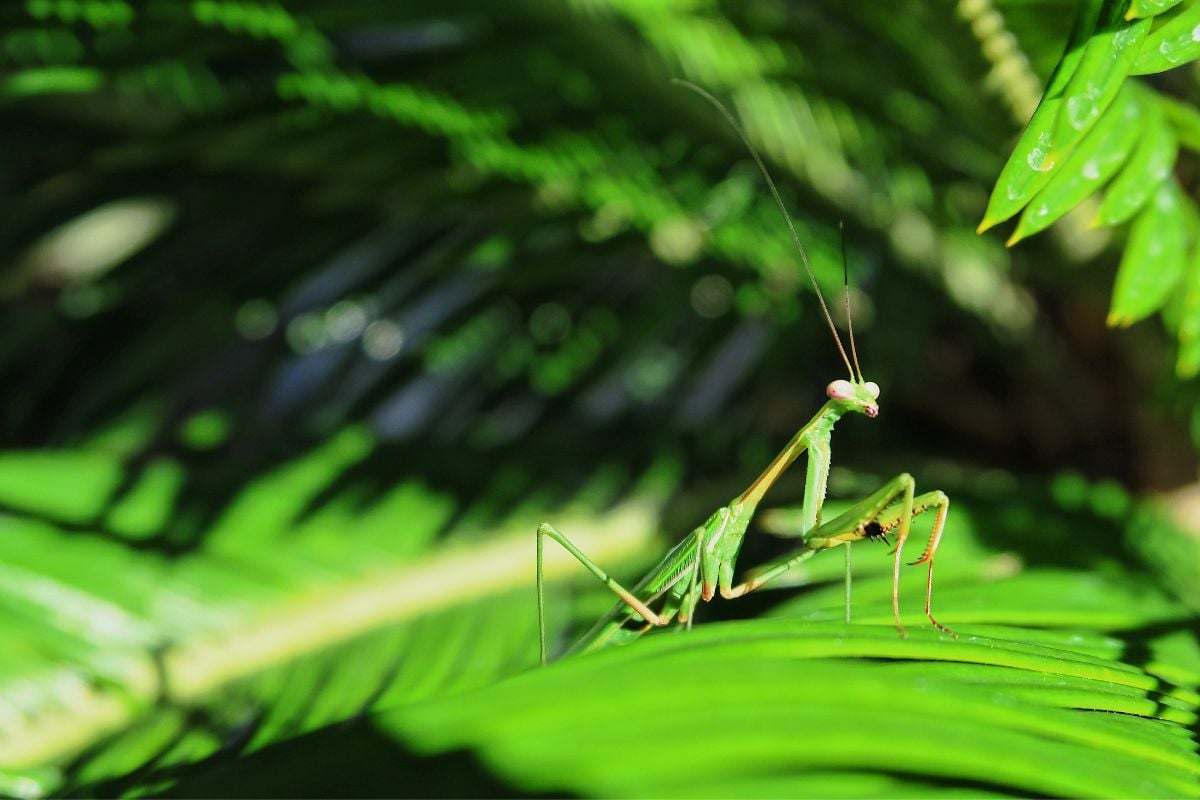 This is like many types of dragonflies. Watch a praying mantis disappear in an instant. It seems that they fly away.

Some mantids fly, but in a clumsy way. They actually take a giant leap equal to one to two lengths of their body. Their colorful bodies are why some people may confuse them with a dragonfly.

There are 20 known species of the insect in North America. Most other species live in Asia.

There are interesting meanings and symbolism worldwide related to dragonflies. They are a part of folklore in many countries. People in America believe that if a dragonfly lands on you, that you will have good luck.

They are also a symbol of good luck in China. Native Americans believed that dragonflies were a symbol of purity and swiftness.

What is the origin of the word “dragonfly?”

Some sources say that the word dragonfly has its origins in Romania. The name translates from “devil fly,”

What are some enemies of dragonflies?

Are dragonflies attracted to light like other flying insects?

Dragonflies are not attracted to light. They take advantage of it to feast on other insects that like the light.